In a moment of bravery, Kia brought an example of what might be the rarest type of car to the Los Angeles Auto Show – a new car with a price well under $20,000. Oh yes, it’s Rio time.

See, auto shows are opportunities for manufacturers to showcase what they can do, which often means bringing out fully-loaded models priced thousands of dollars above the mainline trims of the automotive kingdom. This generally devolves into a pissing match about who can cram the most piano black plastic into a car, which helps absolutely nobody. However, a set of honest hubcaps caught my eye from across the convention center hall and I was drawn to this Rio like a cobra to a clarinet.

The best part is that this isn’t even a loaded Rio; there’s a Technology Package you can add to the S trim to bump pricing and features. However, the S trim represents a bit of a sweet spot. For a mere $640 more than a base LX model, the Rio S gets cruise control, an armrest, keyless entry, 60:40 split-folding rear seats, an extra USB port, and a wider selection of colors like this lovely red. Sure, that all sounds a bit 2000s, but there’s nothing wrong with that. 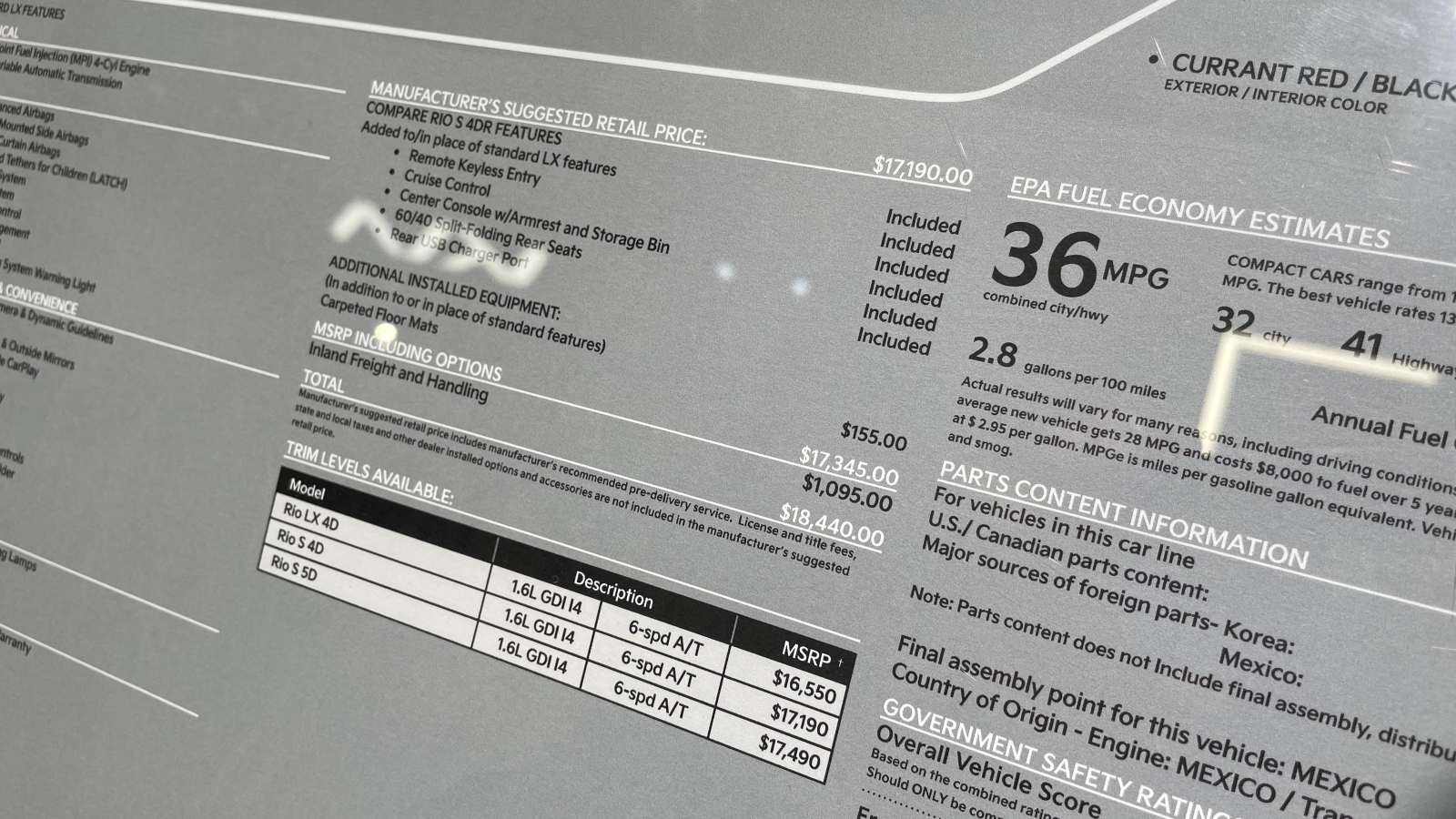 Nor is there anything wrong with the Rio as a whole, come to think of it. Okay, the $155 charge for carpet floor mats on this show car is a bit unfortunate considering how some manufacturers throw mats in for free, but this thing comes to $18,440 including a $1,095 freight charge and those $155 floor mats. For that sort of money, you get wireless CarPlay, air conditioning, power windows, and rather lovely design and build quality. Sure, there’s a little bit of orange peel in the paint and many interior plastics aren’t exactly soft-touch, but slight orange peel is par for the course these days and any hard plastics you’ll find will be tightly-grained and feel hard-wearing. There’s a sense of sturdiness to this car that makes it feel like money well spent. 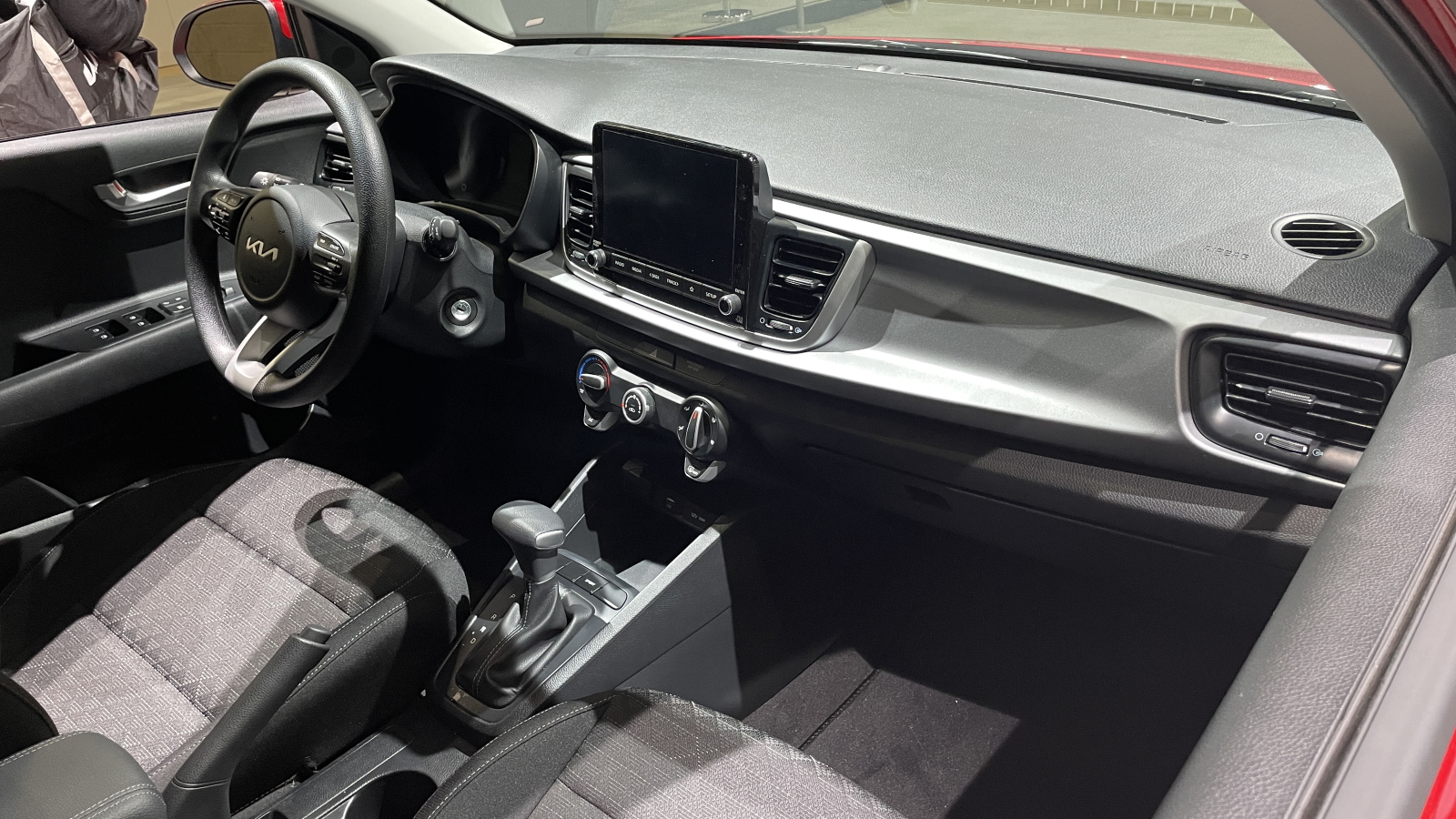 What’s more, the interior design is rather nice. The silver applique on the dashboard really brightens up the space, while piano black nonsense is kept to a minimum. Simple knobs for the HVAC controls are utterly foolproof, the button for the rear defroster is large enough to easily tap while wearing massive winter mittens, and the seat fabric features a funky triangular pattern that breaks the monotony of black materials. The eight-inch touchscreen looks chuffing enormous in a car this size, and a physical tuning knob is the sort of useful relic we wholeheartedly support. Also, aren’t black materials nicer than the sort of mouse fur grey you’d find in older economy cars?

Interior space is rather good as well. I’m a human of fairly average height, so I’m pleased to report that I can comfortably sit behind my own driving position. Granted, a big part of it is that the Rio is huge for a subcompact car. It’s 172.6 inches long, rides on a 101.6-inch wheelbase, has a width of 67.9 inches, and weighs 2,767 pounds. That’s quite similar to the dimensions of a Corolla from 20 model years ago, so the Rio is just the right size for America. 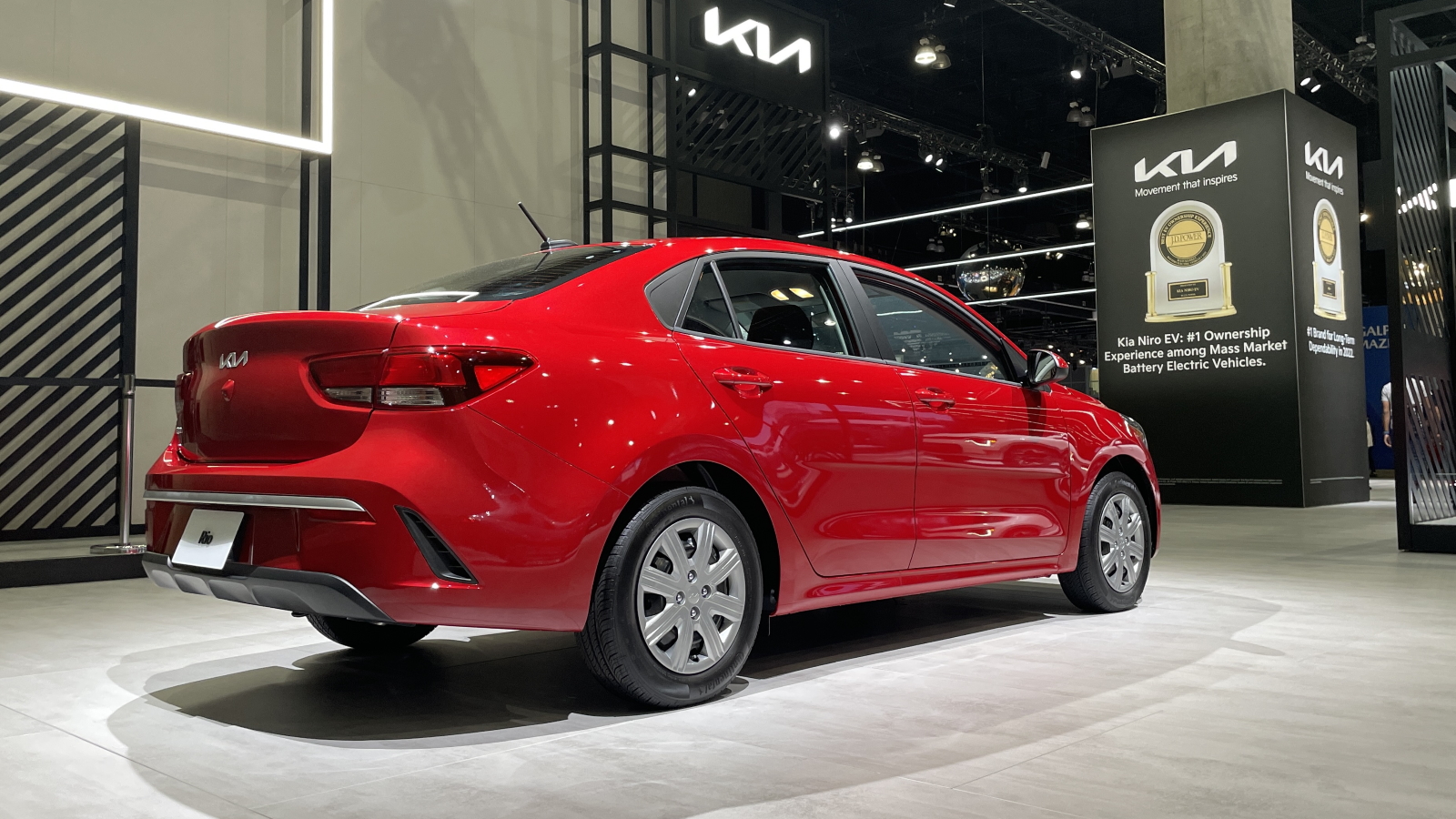 With the era of zero percent financing over and used car prices remaining high, Kia made the right call by putting the Rio S on its LA stand. It’s a car that people can actually afford, something that’s vanishing from the face of the American automotive landscape. The Hyundai Accent is dead, the Chevrolet Spark is dead, the Honda Fit and Toyota Yaris have long since departed, and the only competitors still hanging on for 2023 are the Mitsubishi Mirage and the Nissan Versa. While Nissan did have a Versa on its stand, it was a loaded SR model that starts at $20,815 including a $1,095 freight charge, so Kia gets the win on cheapest new four-wheeled car at the show.

[Editor’s Note: I agree. If I’m a young person, perhaps a high-schooler or recent college grad or just someone with a tight budget looking for something safe and cheap, I’d have a hard time at the LA Auto Show finding something in my budget. This Kia gives that demographic something realistic to try out, and I think more automakers should follow in Kia’s footsteps. We don’t need a loaded version of everything on the floor! -DT]. 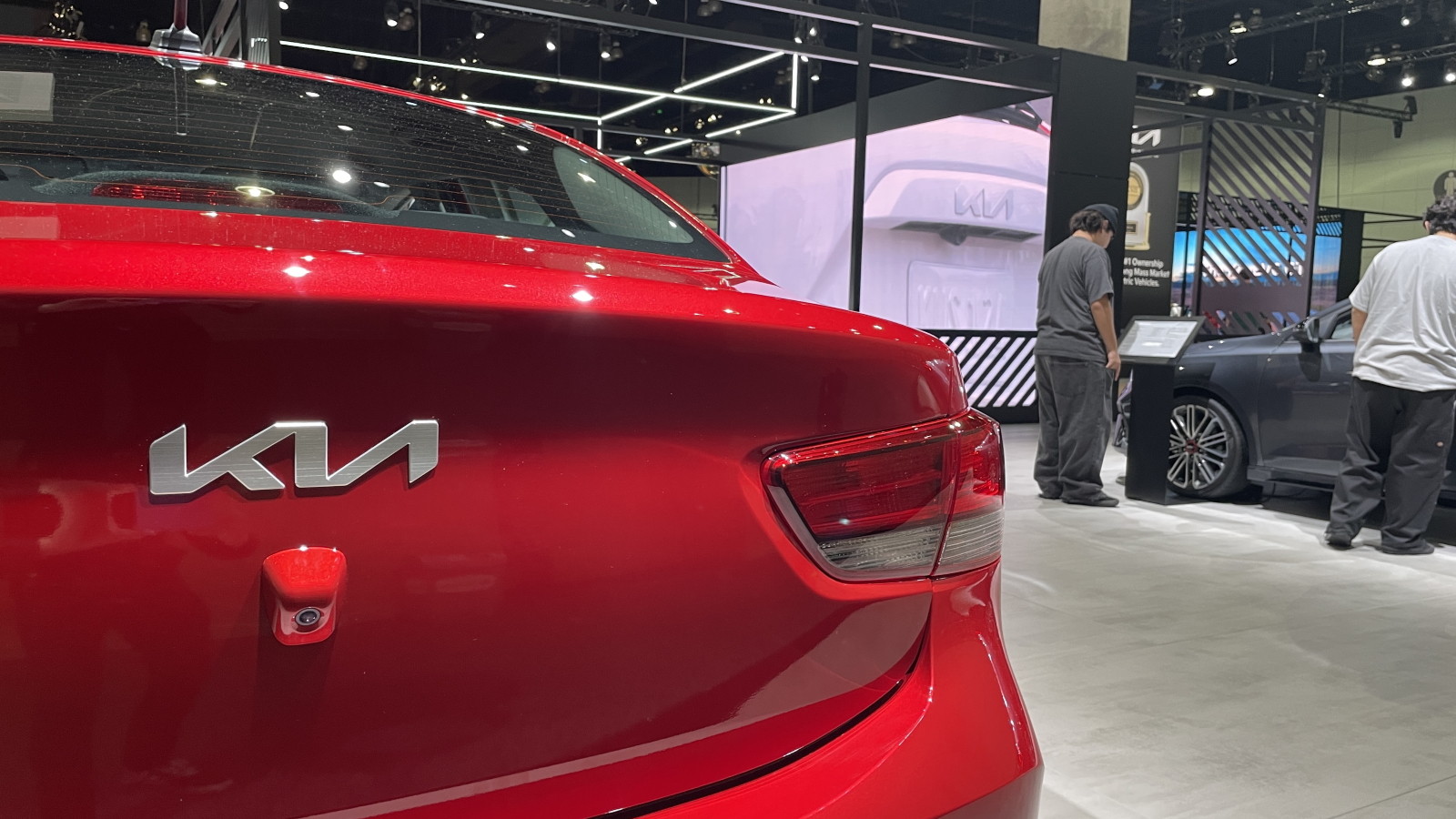 So, who else is going to step up to the plate and bring a sensible trim level of a sensible car to an auto show stand? Perhaps we’ll see a Nissan Sentra SV, a Hyundai Elantra SEL, or a Volkswagen Jetta SE at a show at some point. While fully-loaded cars do a great job of showcasing gadgets, they aren’t always the cars people spend their money on.

Thomas is a Nu Rave-blaring, heel-toe downshifting, maple syrup-swilling, chassis-geeking, junkyard parts-hauling, floppy-haired scenester who's been writing about cars since college. His current ride is a 2006 BMW 325i with the six-speed manual gearbox. Instagram: @thomas.hundal Twitter: @thomashundal
Read All My Posts »
PrevPreviousDoes A Daydreaming Designer’s Semi Sleeper Concept from 1990 Make Sense?
NextThe Dodge Spirit R/T Was The Fastest Sedan Built In America And Nearly As Quick As A BMW M5: Holy GrailsNext