Mercedes-AMG Lops Half The Cylinders Off Of The SL 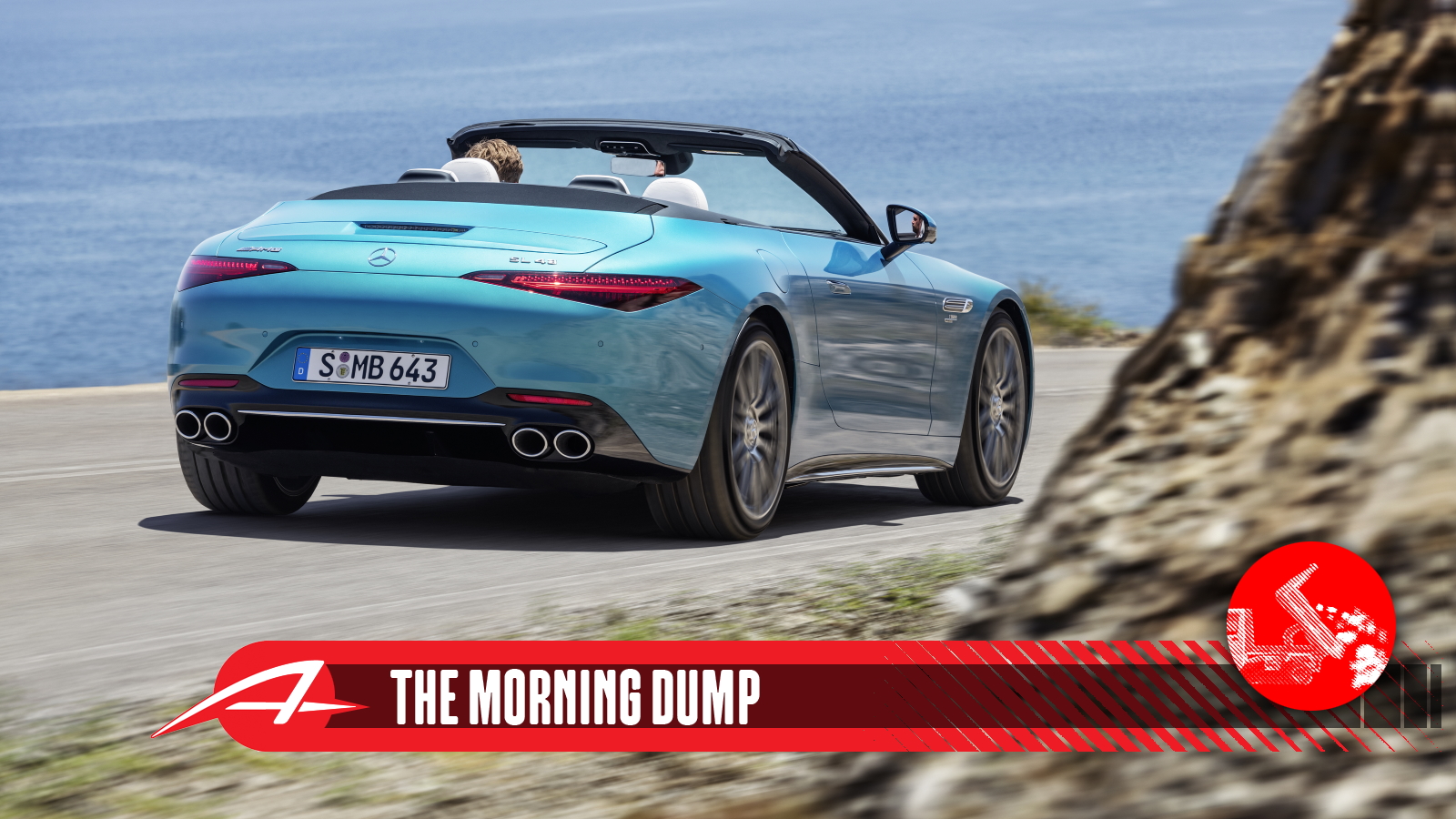 Mercedes is slicing cylinders, the Chevrolet Bolt is back, news on your favorite Vietnamese automaker. All this and more in today’s Morning Dump.

We all kind of knew this was coming, didn’t we? After Mercedes-AMG’s announcement that the next C63 would be missing half its cylinders, it shouldn’t be surprising that engine downsizing would apply its grip to more models across the AMG range. The latest four-cylinder AMG is the entry-level trim of the SL 2+2 roadster, marking the first time that an SL has featured a four-cylinder engine since the 190 SL of the late ‘50s and early ‘60s. More specifically, the Mercedes-AMG SL 43 uses Merc’s M139 four-cylinder engine in a 381-horsepower (280 kW) state of tune. Hey, 381 horsepower isn’t objectively bad no matter how you slice it. This particular M139 variant also uses an electric exhaust gas turbocharger, the first application of that tech in a production car. What’s an electric exhaust gas turbocharger? It’s a turbocharger with an electric motor sandwiched between the turbine on the exhaust side and the compressor on the intake side. Powered using the car’s 48-volt electrical system, it should theoretically reduce turbo lag.

While the M139 is a fantastic four-cylinder engine, I do have some concerns. Although the electric turbocharger on the SL 43 should theoretically help mitigate the lag that plagues the CLA 45, it is a rather peaky engine. Maximum torque of 354 pound-feet (480 Nm) doesn’t hit until 3,250 RPM, nearly halfway up the rev range. A high-strung four-cylinder fits great with the super leicht definition of the SL nameplate, but no SL since the Gullwing has really been super leicht. They’re boulevard cruisers, made to waft very serious businesspeople from Los Angeles to Palm Springs. The sort of people who were raised in an era when six-cylinder engines were considered small, let alone four-cylinder engines. A peaky engine doesn’t really waft, nor does it offer subdued NVH characteristics appropriate for luxurious highway overtaking. Needless to say, it’ll be interesting to see what gearing and NVH reduction methods Mercedes-AMG is using in an attempt to maintain the SL’s plush nature.

The Bolt Is Back In Town

After seven long months of shutdown, the Chevrolet Bolt and Chevrolet Bolt EUV are back in production. At $32,495 including a $995 destination charge, the Bolt EV is really cheap for a long-range EV, and cheap is generally a good thing. Like most people, I don’t make six figures or live in a paid-off house, so any EV with an MSRP under $35,000 is a win for me. While some consumers may be wary of the Bolt following the LG battery recall, the new battery packs feature a modified design and seem to have fixed the old car’s self-immolation problem.

Not only is the production restart good news for bargain-hunters looking for a brand new daily driver, it’s also good news for employment at GM’s Orion Assembly plant in Lake Orion, Michigan. Between the restart of Bolt production and the announcement of expansion to build the 2024 Silverado EV, GM created 100 new jobs in Lake Orion just last month with thousands more on the way. More jobs for the rust belt always seems like a nice thing.

Toyota Breaks Out The Cameras

In the relentless pursuit of autonomy, Toyota’s Woven Planet unit is taking a non-traditional approach to data collection. Instead of slapping LIDAR on a handful of test vehicles, Woven Planet is using a ton of cameras to collect vision-only data. On the face of it, camera data seems sub-optimal to LIDAR, but Woven Planet says that the majority of camera data has increased its system’s aptitude by similar increments as LIDAR data. Not bad at all considering a camera setup is 90 percent cheaper than Woven Planet’s typical sensor array.

While this sounds similar to what Tesla is doing with its FSD Beta program, there’s a huge difference in the implementation here. Woven Planet is only using cameras for training data collection – their actual automated vehicles will be equipped with LIDAR and radar for superior performance over camera-based systems. Michael Benisch, Woven Planet’s vice president of Engineering, thinks that safe camera-based autonomous systems are still many years out. In an interview with Reuters, Benisch said, “The question may be more about when and how long it will take to reach a level of safety and reliability. I don’t believe we know that yet.”

Hot on the heels of its factory announcement in North Carolina, Vietnamese electric carmaker VinFast has confidentially filed for Initial Public Offering. The EV maker’s parent company, Vingroup JSC, has taken the first step towards going public by registering with the U.S. Securities and Exchange Commission. Although the size of the offering hasn’t officially been decided yet, Bloomberg expects this IPO to raise approximately $2 billion which would make this the biggest IPO ever from a Vietnamese company. In addition, VinFast is looking at a potential pre-IPO funding round of between $500 million and $1 billion.

I have a good feeling about VinFast. Unlike most EV startups, they actually have products on sale. Their VF e34 subcompact crossover has been in production since December 2021 and saw 25,000 pre-orders from the Vietnamese market. What’s more, VinFast isn’t taking the popular route of merging with a special purpose acquisition company. Marching through the front door with an IPO requires a wider scope of financial diligence and proper underwriting, so VinFast’s bills are likely all in order. While pricing for the VF8 and VF9 mid-size and full-size crossovers seems a touch high considering we don’t yet know what the battery leasing costs will be, it’s more than likely that these Pininfarina-designed family haulers will actually come to market.

Whelp, time to drop the lid on this edition of The Morning Dump. Give it up for Thursday, Friday’s little brother. As we march closer to the weekend, I’d love to know how you feel about battery leasing. While there’s definitely an appeal to leasing an EV if you own a small business and can take a write off, people who like to buy cars typically like to buy the whole car. Personally, a battery leasing program would have to be really cheap for me to consider it. As a renter with no overnight Level 2 charger access, DC fast charging is expensive and a battery lease could push EV running costs close to those of a combustion-engine car.

Thomas is a Nu Rave-blaring, heel-toe downshifting, maple syrup-swilling, chassis-geeking, junkyard parts-hauling, floppy-haired scenester who's been writing about cars since college. His current ride is a 2006 BMW 325i with the six-speed manual gearbox. Instagram: @thomas.hundal Twitter: @thomashundal
Read All My Posts »
PrevPreviousSleeping Beauties: Which Long-Slumbering Longroof Would You Awaken?
NextHere’s The Official Reason Why Some Traffic Lights Are Horizontal And Some Are VerticalNext