While I often play contrarian to our man Torch, there are times when I have to agree with his beliefs. One of those fringe opinions is that concept of cars with rear-mounted, horizontally-opposed engines never got a fair shake. Let’s think about this and see if he’s right, by imagining how Volkswagen could have continued their development of the rear-engined, horizontally-opposed motor setup they eventually abandoned after the Type 4, VW’s furthest development of the concept, which was discontinued in 1974. What would a VW Type 5 have been like?

Volkswagen really needs to take credit for not only the popularity of this layout for decades, but also for its demise. They pushed the rear engine format with a full line of cars- there was the Beetle on one end and the Transporter on the other, and they filled the middle with sedans, coupes and wagons like the Type 3 and Karmann Ghia. 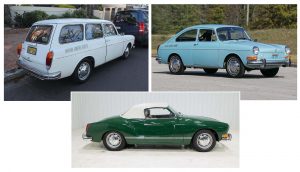 However, Volkswagen’s last rear-engined car was sort of a disaster. The ‘Type 4’ 411/412 was a rather costly ‘luxury’ car that was in fact devoid of any luxury; they took the Type 3 and supposedly changed everything but the end result seemed quite similar to its very dated predecessor. What is worse is that the Type 4 came as a fastback with no hatch door or a station wagon with just two doors (Jason has reported on this before). 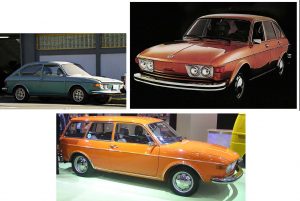 The Type 4’s relative failure in the market really put a stank on the ‘traditional’ VW layout and cleared the way for the front drive successors. The Golf and Passat took over and they never looked back.

This is really a shame, since the rear, flat engine format typically results in superb traction, fun-to-drive characteristics, and space efficiency that is almost equal to an electric car.  It makes you wonder why today this drivetrain configuration exists in essentially just one remaining car, and supposedly it isn’t that bad of a vehicle: 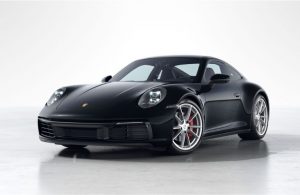 Full disclosure: my family had a 1973 VW 412 wagon when I was growing up, so I’m well aware of its positive aspects as well its pitfalls.

What if Volkswagen had a do-over with the format and came up with a better solution that capitalized on the benefits?

You might be aware that in the early seventies, the Volkswagen group sold front wheel drive cars as NSUs and Audis. At the time, the Audi division was led by the famous taskmaster Ferdinand Piech, who would eventually go on to head the entire VW organization. Piech took Audi from a small player up the successful brand they are today. A domineering leader that usually got his way, he probably would have succeeded even if Dr. Porsche wasn’t his grandfather…which he was.

In this not-totally-improbable reality, Piech decides that front wheel drive cars were really Audi’s jam and that Volkswagen can just keep the hell of of his turf. Just look at that guy. That’s supposedly him smiling in that picture on the right. You gonna fuck with him? So we would have no Golf, no Passat; what would VW do? Well, after the Type 4 finally ran its course, Bug-and-Bus Volkswagen would have been rather adrift but working on Project Platzeffizienz (space efficiency) to create a series (coupe, sedan, wagon) of next generation rear-engined cars and new a van (the Type 2 Vanagon) to be released in late 1979. This car would correct the flaws of the Type 4 and, internally, attempt to kick the ass of the Audi group’s front wheel drive compacts.

As a starting point for the ‘Type 5’, I looked at an unlikely inspiration- the Volkswagen ESV safety vehicle of 1972. This car features all kinds of safety gear that Jason has described earlier, but here I’m focusing on the fact that this car, despite looking much like the front drive Audi 80 (Fox in the US), actually has a flat rear engine with a trunk front and back. The ESV is easily the most advanced rear drive VW ever conceived and showed the potential for the layout in a more modern car. 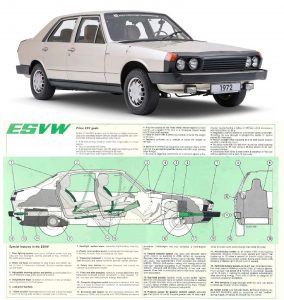 Using inspiration from the ESV, the Type 5 ‘VW Tapiro’ would be available as a two or four door hatchback, or a four door wagon, correcting the body style omissions and lack of doors (and opening rear windows!) of its predecessor. Here are some very rough sketches: 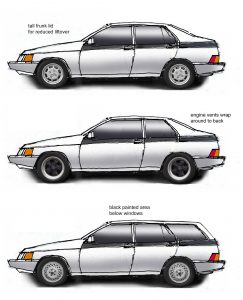 The fuel injected Type 4 (also used in the Porsche 914) engine would be bored out slightly, and stick shift would be available unlike the automatic-only (in the US) VW 411/412. Rack and pinion steering and four wheel discs would add to the capabilities.

I am thinking that the styling would be done outside, likely something chunky and wedgy by the Ital Design studios (instead of the Golf that they actually created).  Like the first Golf, once the design parameters are set the thing kind of designs itself:

-A large trunk is over the engine so the tall back naturally creates a pronounced wedge shape.

-My mom was likely not the only person that complained about liftover on the ‘frunk’, so the hood would cut way low to allow easier access.

-The signature rear side engine vents would be slats that blend into the body.

-To visually blend in the side vents, there are black painted areas under the windows that also give the impression of bigger glass.

-The tall trunk sort of hurts visibility so the vents would wrap around the back of the car where they cover a supplementary back window like on a Prius today.

-No grille so the license plate would go dead center in front.

The end result inadvertently turned out very Isuzu Impulse like (or other Ital creations), so it sort of works as a fake Giugiaro design. Here is a two door hatch performance GTI model, rolling on Fuchs alloys and in VW’s famous Mars Red. 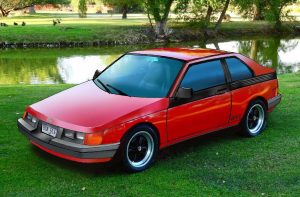 source: The Bishop and zero260

Needless to say, the Euro nose would be ten times cooler than what crossed the pond. Americans would get the expected sealed beams and shrunken number plate recess, and unfortunate but not horrendous change. When the Wasserboxer (water cooled) flat motor would have been ready by the mid-eighties, the license plate recess would likely be replaced by a radiator opening. 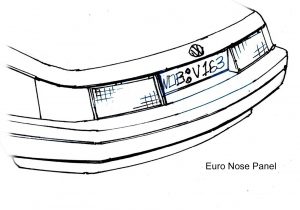 The rear seat could fold down to create an immense cargo space, but part of the safety ‘knee bar’ below the upper dashboard could fold down to reveal a pass-through to the frunk. That’s right- recline the passenger’s seat and you could carry twelve foot long planks back from the lumber yard IN THE CAR. It would also be unsafe, but I don’t doubt that some passengers would shove their feet through the hole on long trips.

The dash features modular gauges, with extra ones on the sporty GTI. You might recall that back then tilt steering wheels were not a big thing in Germany (“nein- we had ten engineers spend ten years determining the PERFECT SPOT for it”) but VW would at least offer height and tilt adjustable gauge pods so tall or short drivers could see the instruments (see knob on side of main pod). 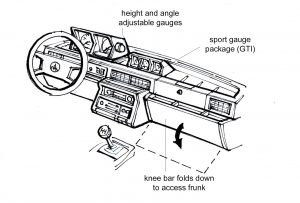 Would the Type 5 have been a valid entry in the compact market? The design certainly takes advantage of the best, most unique qualities of the earlier Type 3 and 4 cars, while adding modern touches and correcting the flaws. It would have had as much cargo space as TWO Civics combined, offered great traction, and be an understeer-free blast to drive. Some people wonder what a modern Porsche 356 would have driven like; not a lot of power, but lightweight, and small. This is their car here.

However, the added challenges and cost once you had to add water cooling (long radiator lines) and the issue of possible tail happiness for inexperienced drivers mean that front wheel drive cars would likely ultimately still win the day.