Parts Bin Puzzle: What’s Under The Fiberglass Of These Quirky Amphibious Kit Cars? 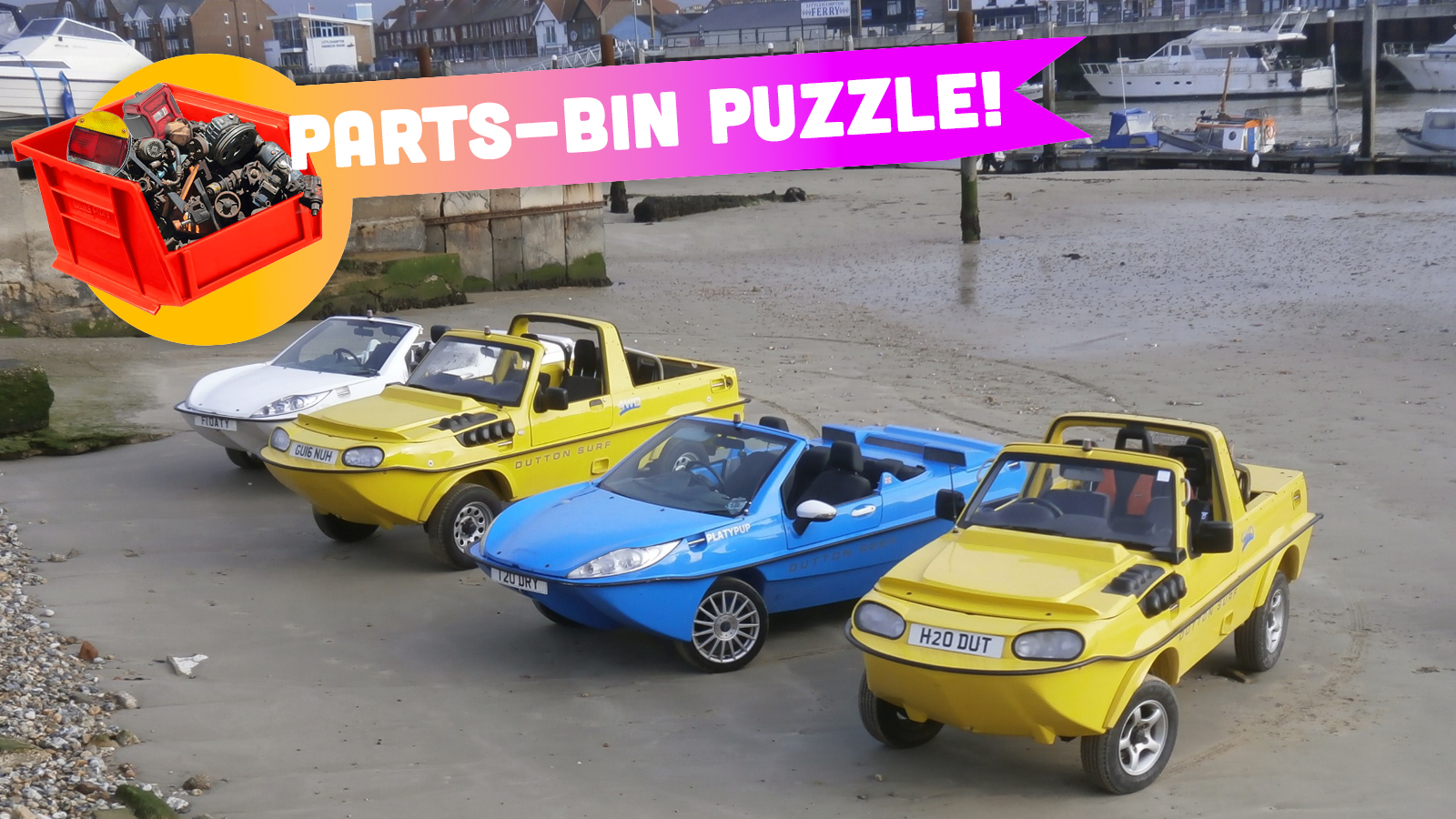 Welcome back to Parts Bin Puzzle, the Autopian challenge where we give you a vehicle and you figure out where its bits came from! We’re returning back to the world of weird kit cars to find out what is underneath these amphibious cars. These are the Dutton Surf and Dutton Reef, amphibious cars from the mind of UK entrepreneur Tim Dutton-Woolley. Dutton has been building kit cars for decades and his amphibious cars have even outlasted more famous designs. Like our previous entries, Dutton’s cars are built using a donor car, and are a mash of automakers’ parts.

Last week, we looked at the 2005 Monaco Diplomat. It was an expensive Class A RV built by a company that sought to create drivable dream homes. We asked you to guess its headlights and taillights. Those of you who guessed Buick Regal/Century for its headlights and 1973-1987 GM truck lenses for the taillights are correct! Our Hans Bishop notes that the amber turn lenses are just those GM truck lenses molded in that color.

In 1969, after a five-year tool making apprenticeship, Tim Dutton built a car called the Mantis. Based on a Lotus IX chassis, the Mantis featured hand-formed aluminum panels and a design inspired by TVRs of the day. This first car taught Dutton a lot about welding and other car building processes. It was intended to be a one-off build, but then a person asked Dutton if he could assemble a Lotus Seven. Dutton took on the challenge, but was given parts that were the wrong color and the kit came with more wheels than the car actually needed. Building that Seven was reportedly supposed to take a weekend, but it took a whole week.

That gave Dutton the idea to build his own cars, with the goal of building them better than that Seven kit. 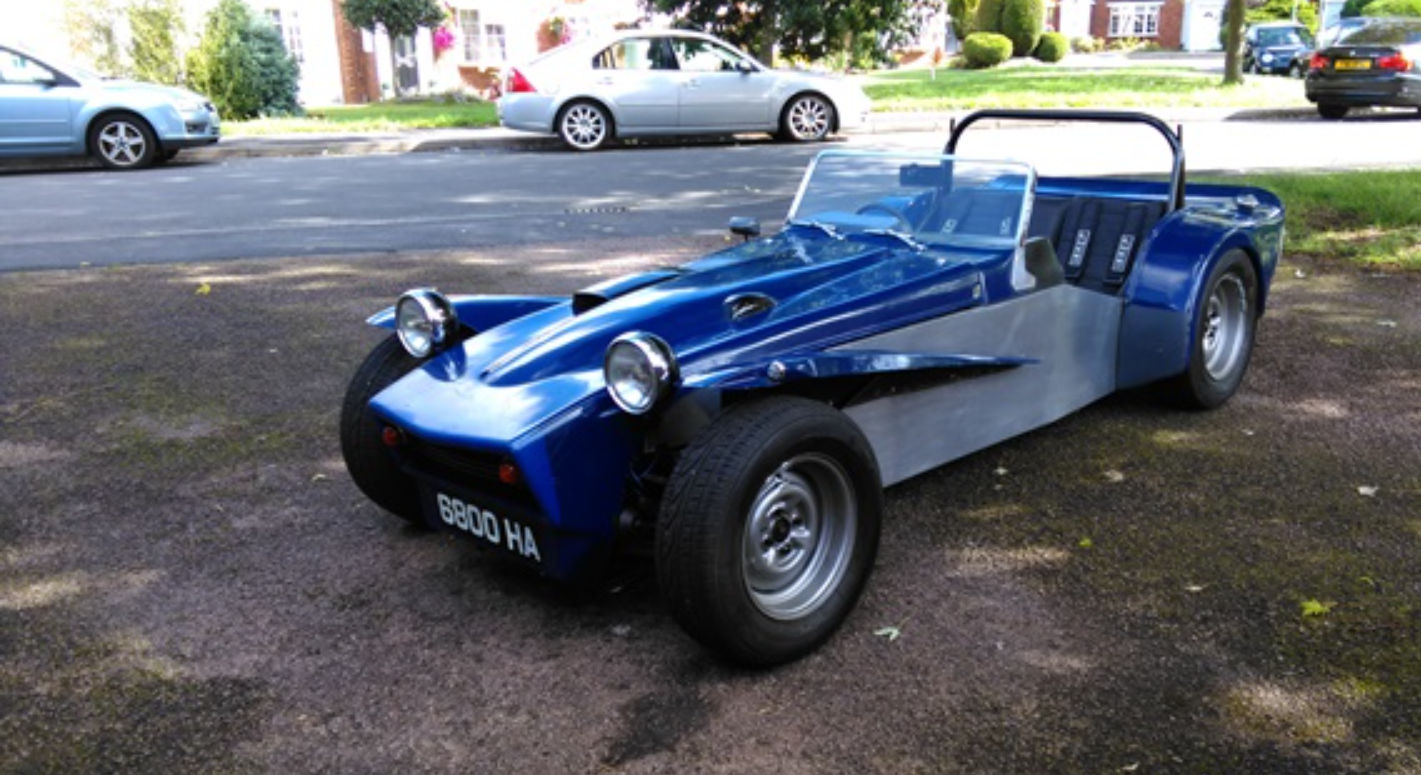 Eventually, Dutton started building a variety of kit cars based on vehicles from the MG Midget to the Ford Escort. Speaking of that Ford Escort-based kit, Dutton basically turned the Escort into an SUV. The Dutton Sierra Series 1, which started production in 1980, turned Ford’s Escort into what looks like a bizarro-universe Bronco II. Here, a picture should describe what I’m going on about:

Dutton managed to build 8,000 kit cars between 1969 and 1989. At that time, Dutton decided that the kit car industry had gone astray, as companies ripped off each others’ designs. Dutton stopped making his cars, sold off most of his operation, and decided to design things for other companies. But he couldn’t resist the urge to build his own cars and in 1994, he returned to his own company. This time, his cars weren’t just kits built out of ordinary cars, but ordinary cars turned into amphibious vehicles.

This actually wasn’t his first foray into amphibious vehicles. In 1989, Dutton produced the small Mariner and the four-wheel-drive Commander. Today, those models are known as the Reef and the Surf, respectively. 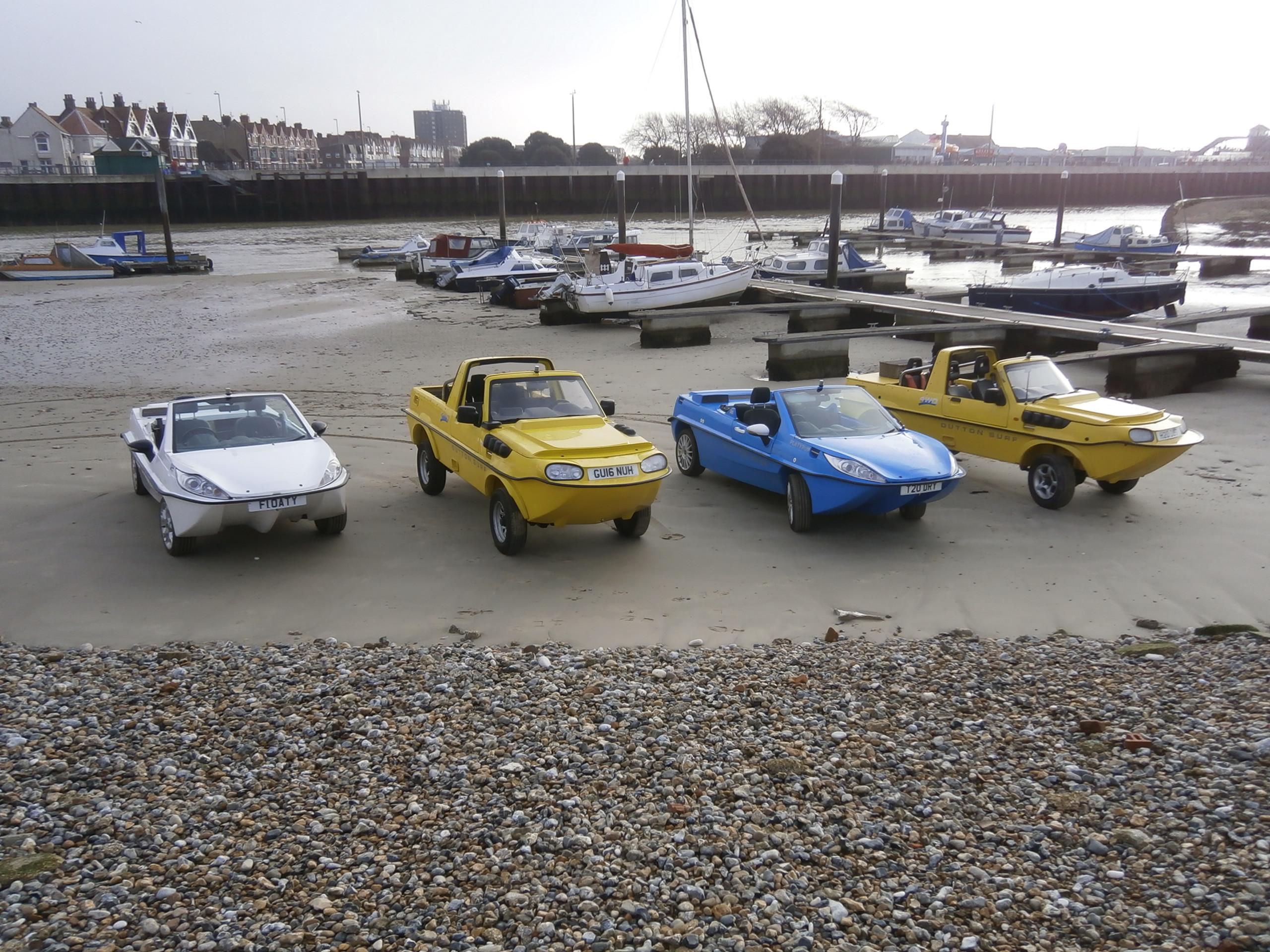 Dutton is quick to point out why he thinks his amphibious cars are better than the amphibious cars of the past. Dutton pairs a regular passenger car with a hull made of glass reinforced plastic (GRP). He specifically points to the Amphicar Model 770 for comparison and notes that his GRP hulls cannot rust like an Amphicar’s metal can. Dutton also notes that the Amphicar was built for just five years. Yet, he’s been building his since 1989 with over 270 on the road. And of course, you can still buy them new today.

For the base price of $17,577 you get a kit to turn a front-wheel-drive car into the amphibious Reef. 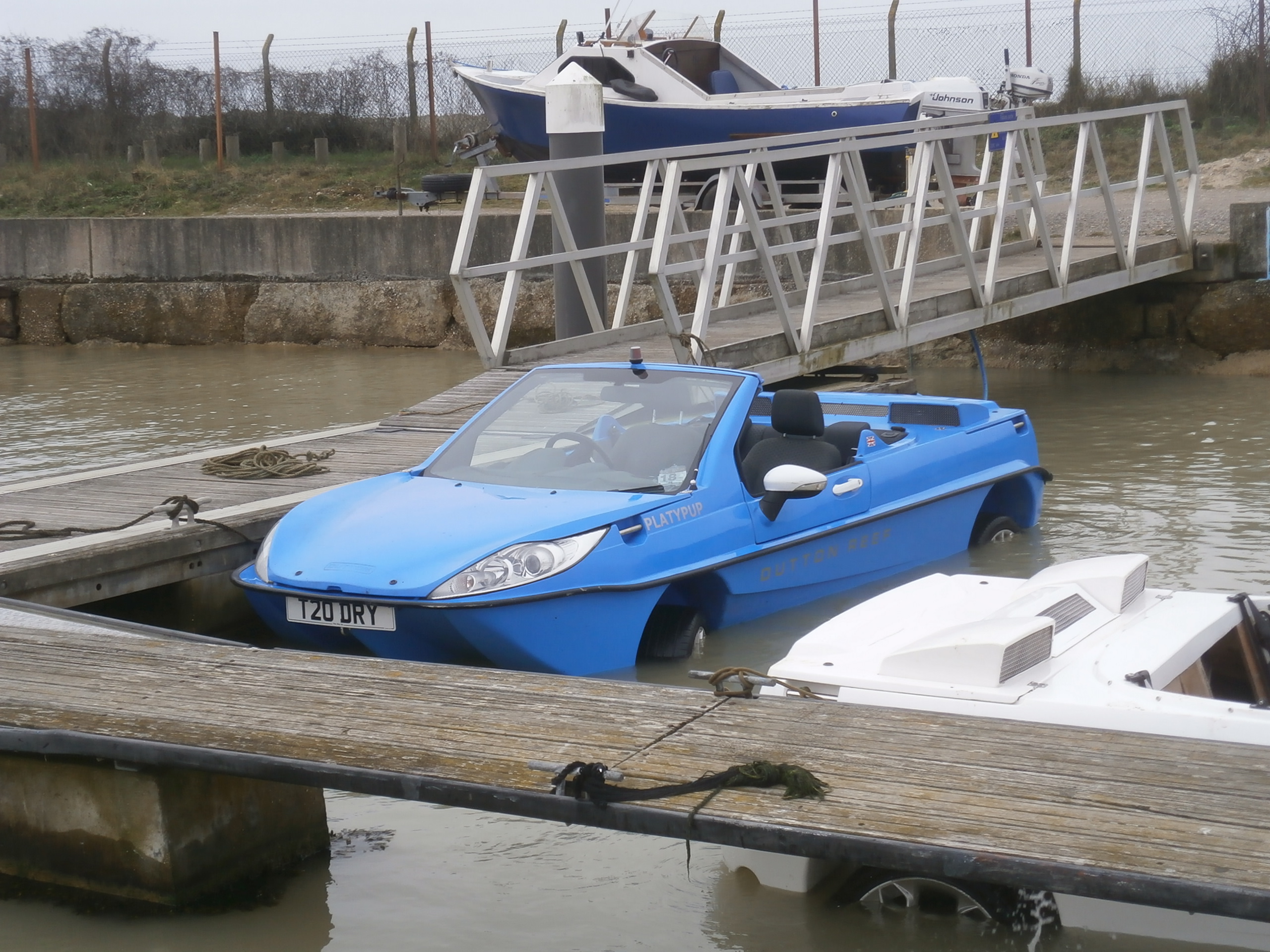 And from the description of the kit on Dutton’s site, building the thing isn’t going to be a walk in the park. From the start, you’re going to have to gut your donor car. And the assembly manual talks about referencing a Haynes manual, a rivet gun, and having to reconstruct the donor car’s powertrain and electrical system inside of your new amphibious car.

If, understandably, you don’t feel comfortable building a car and a boat at the same time, Dutton will sell you a completed amphibious vehicle. 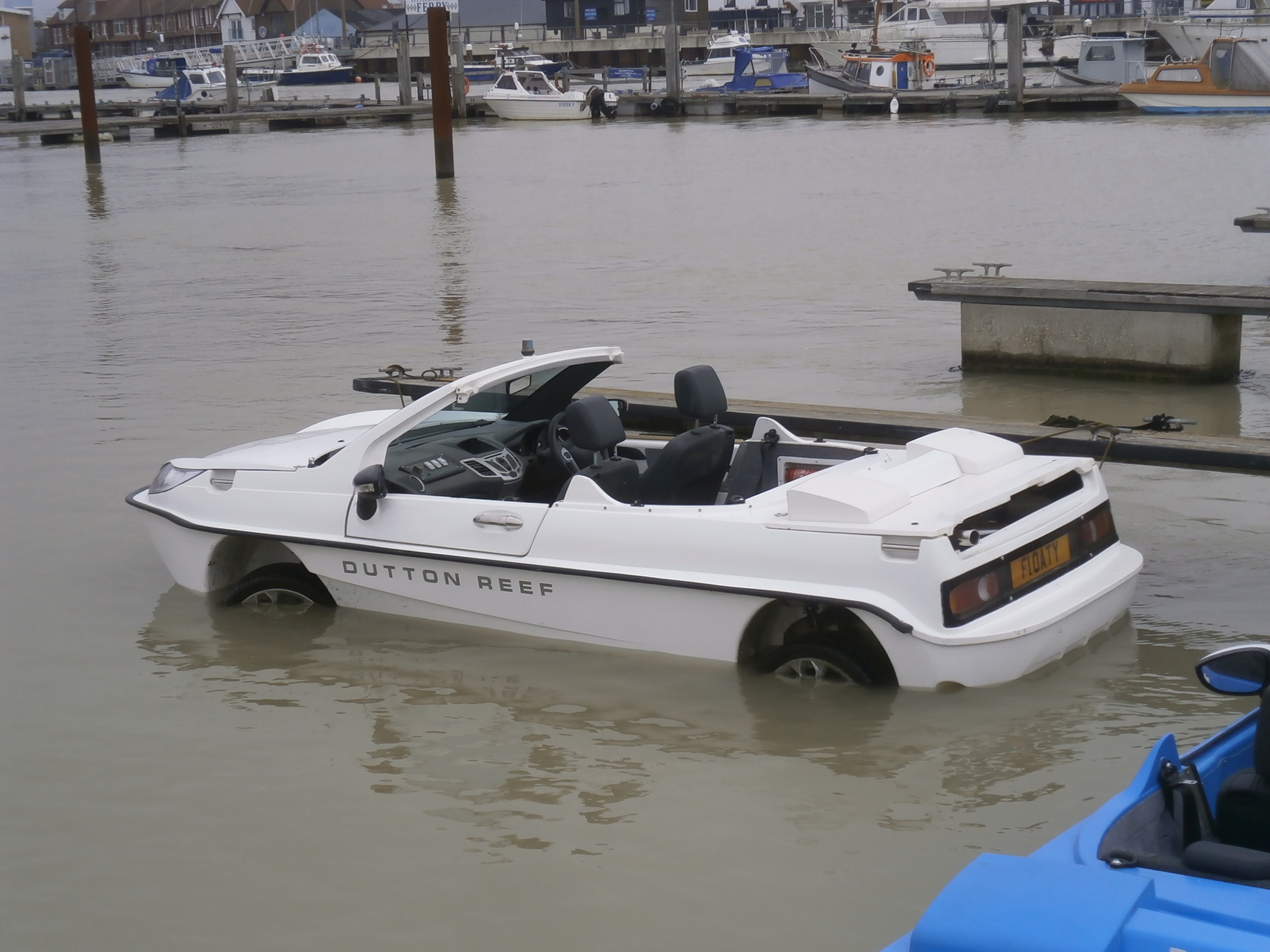 That will cost you $31,860 and that doesn’t include the donor car. Either way, you get an amphibious car good for 6 mph in water thanks to a jet drive system. Dutton once again notes that this is the same top speed as the old Amphicar. Your hint for this one is that it has a 1.6-liter four and its American death was announced in late 2017.

And if you want to take your car-boat off-roading, Dutton offers the Surf. 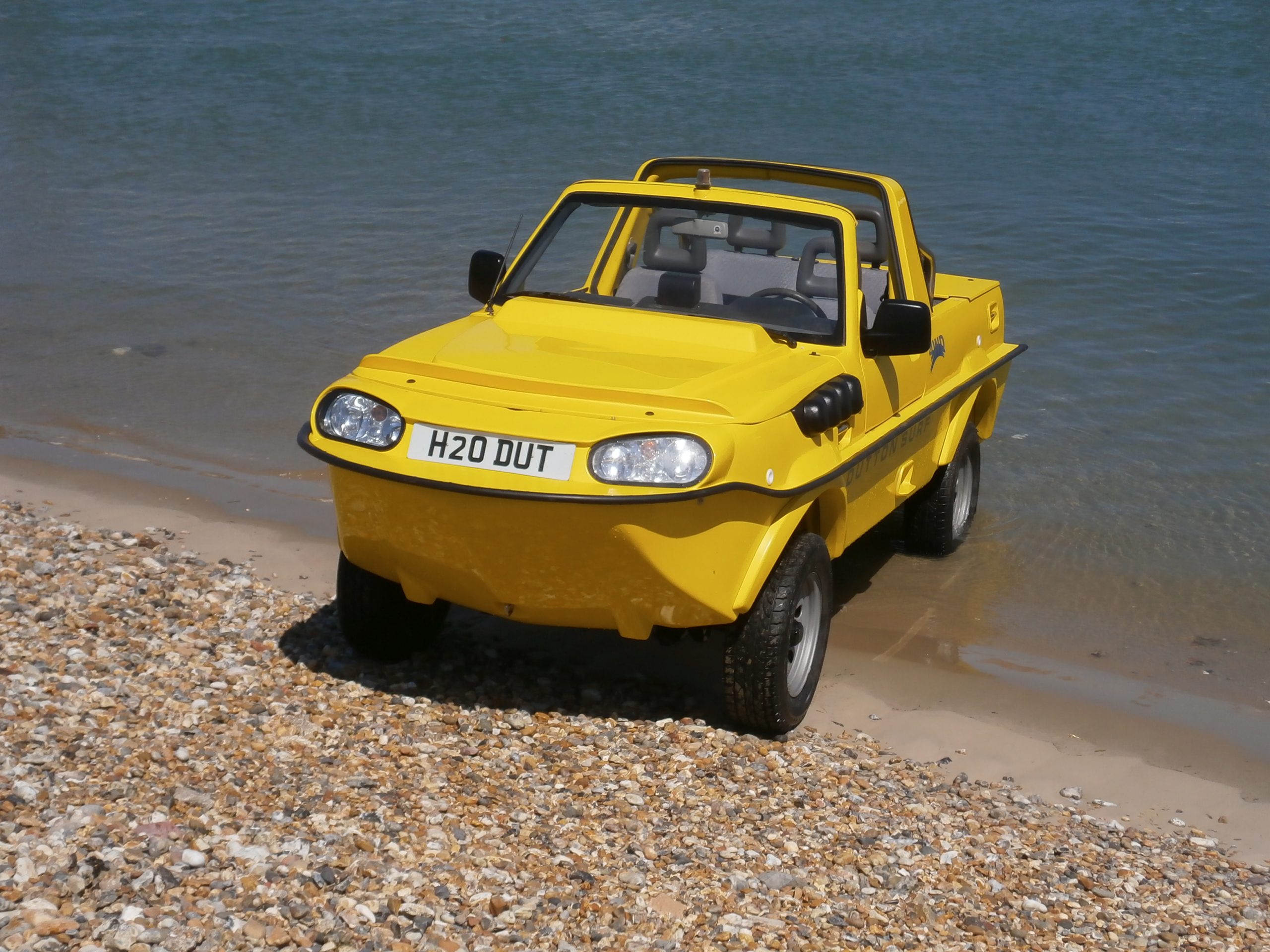 This vehicle is bigger than the Reef and is advertised as being an amphibious off-roader. Once again, Dutton takes a donor car, tears it apart, and fits it into a GRP monocoque hull. It also features a jet drive that is said to propel it to a top speed of 5 to 6 mph. A video on Dutton’s site show that this craft is at least somewhat able to go wheeling. And another video shows one launching itself into water from five feet above. So these look to be sturdy enough.

Dutton doesn’t advertise a kit for this one, but the factory-built one will set you back $33,038 before the cost of the donor SUV. For your hint on this one, the donor SUV has a 1.3-liter four and was sold in America at one point in its past.

Dutton has worked some clever engineering into these kits, too. Both vehicles vent their axles into air so water won’t mix with oil seals. The exhaust is designed so that water won’t get drawn into the engine. And any metal part is either coated in marine-grade primers and paints or is stainless steel. 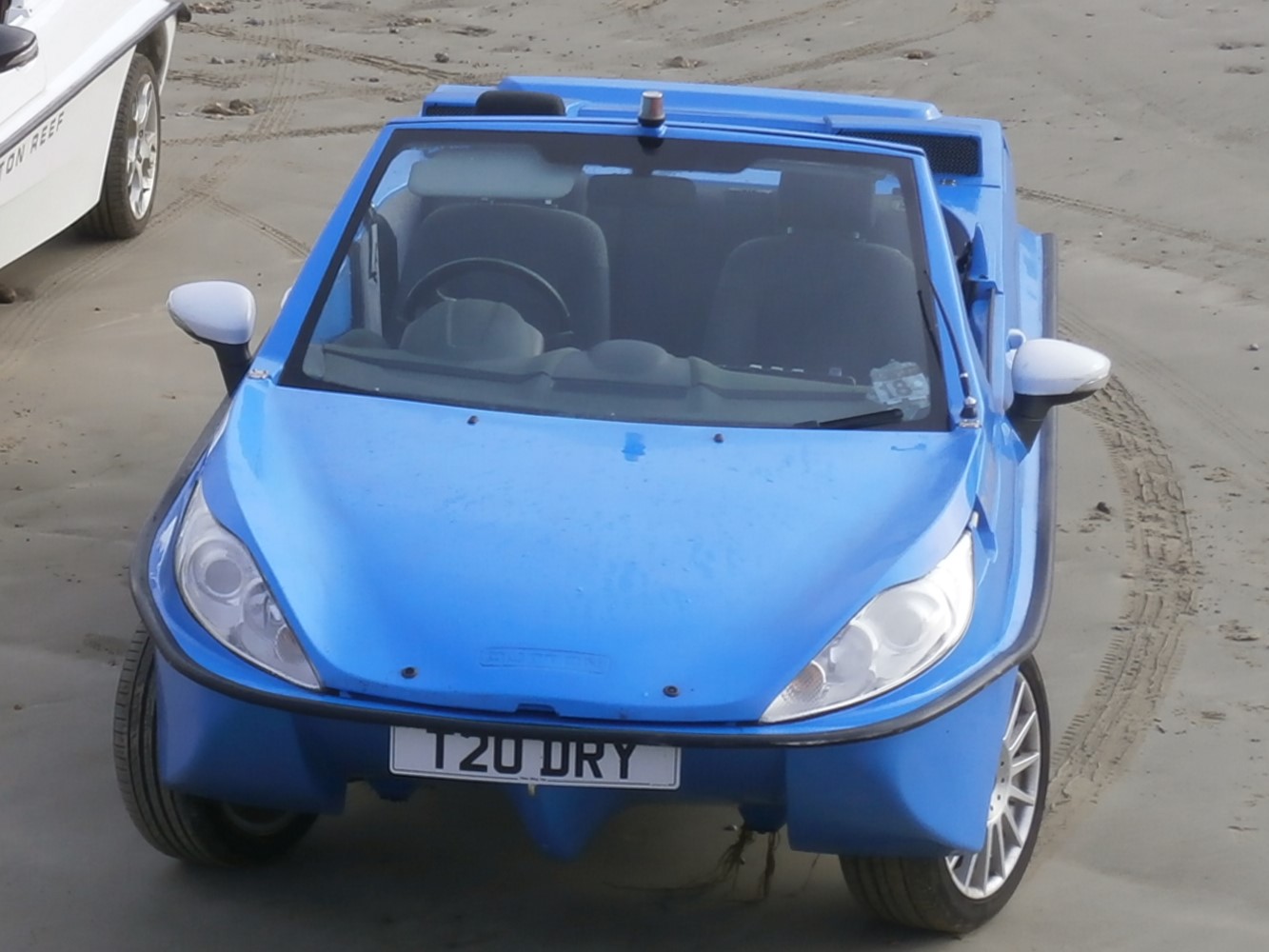 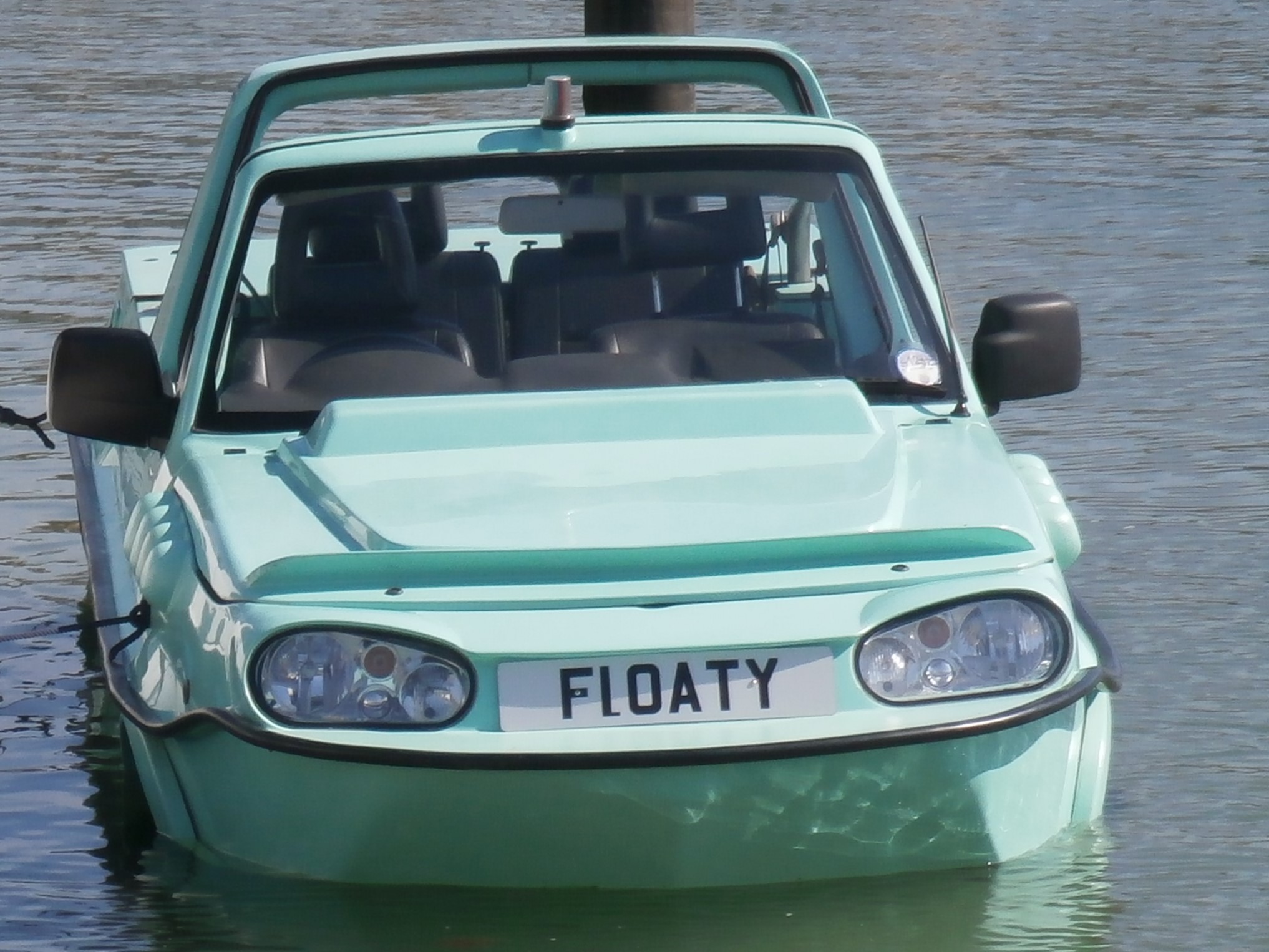 Dutton exports these cars all around the world and suggests that they could even be exported to the United States. I imagine that’s true for the kit, not so much for the fully completed car.

But I’m not here to speculate if these can be imported. What cars are the donors for the Surf and the Reef? I’ll give you one more hint, they’re from different brands. And as a bonus, where did the headlights on these amphibious cars come from?

After you take your guesses, click here to reveal the parts bins that these vehicles came from.

(All photo credits to Dutton unless otherwise noted.)

Mercedes is a lifelong fan of all things powered by an engine. When she isn't driving one of her five Smart Fortwos or her 14 other vehicles she could be found in the cockpit of a Cessna 172 or perhaps swimming in any body of water that she could find. She also has a deep love for buses of all kinds. Please send her buses. mercedes@theautopian.com Instagram: @mistymotors Twitter: @Miss_Mercedes30 Facebook.com/neonspinnazz
Read All My Posts »
PrevPreviousToday I Learned That KITT from Knight Rider Had A Rubber Shell And There Was A VW-Powered One
NextHere’s My Very First Look At The Two Dilapidated Chrysler Valiant Utes I Bought In AustraliaNext