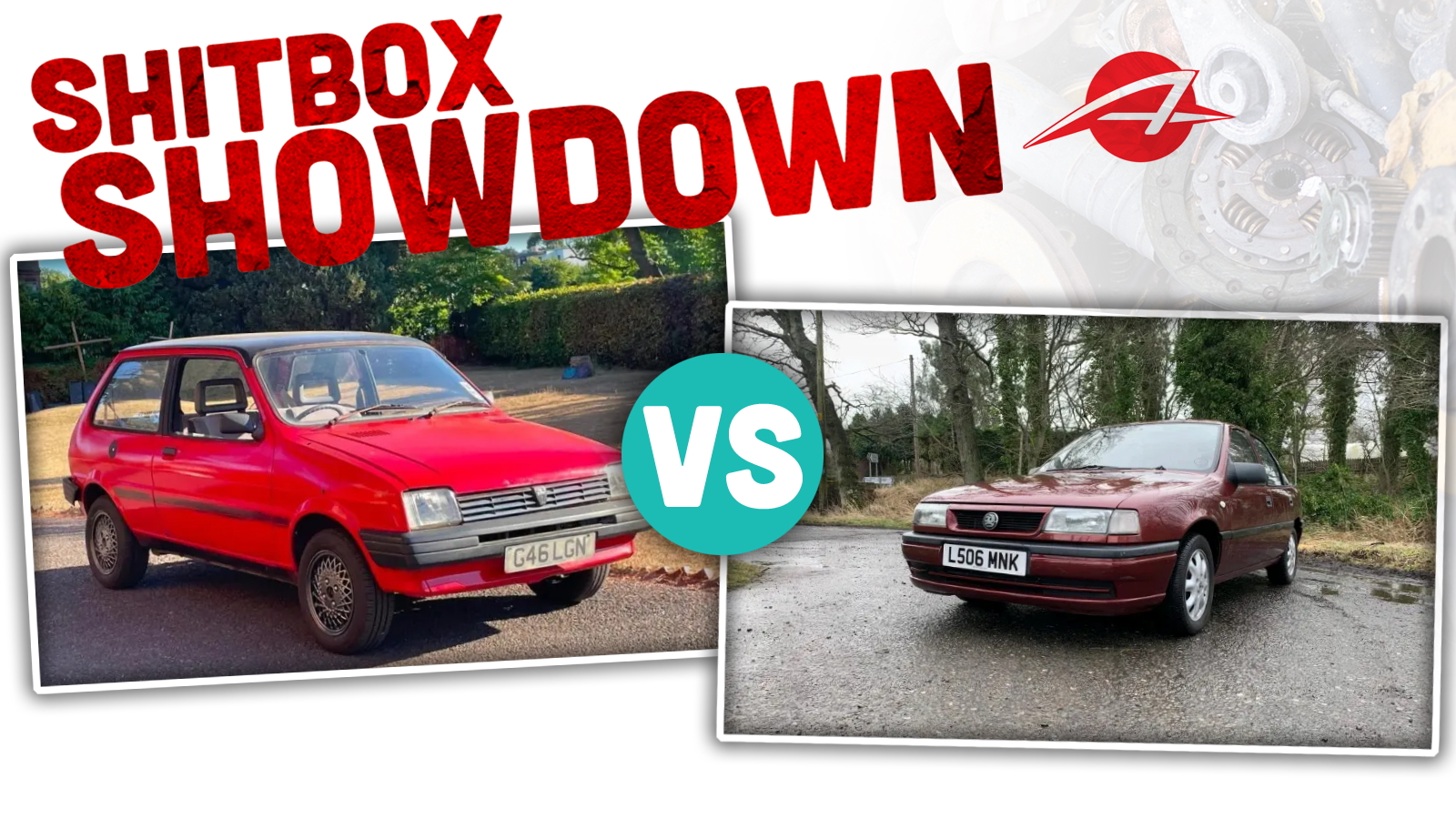 Welcome back to Shitbox Showdown, where we put the “eh” in vehicle. Today, we’re hopping a flight to England to see if there are any gems to be had in the classifieds. Thanks to a relatively weak pound, there’s never been a better time for Americans to shop for UKDM rides. We’re going to bump the budget cap to £2,865 or roughly $3,500 for this one because if you’re paying thousands to import a car, you better import a good one. But first, let’s check in to see if Daimler vs. Chrysler went smoothly. 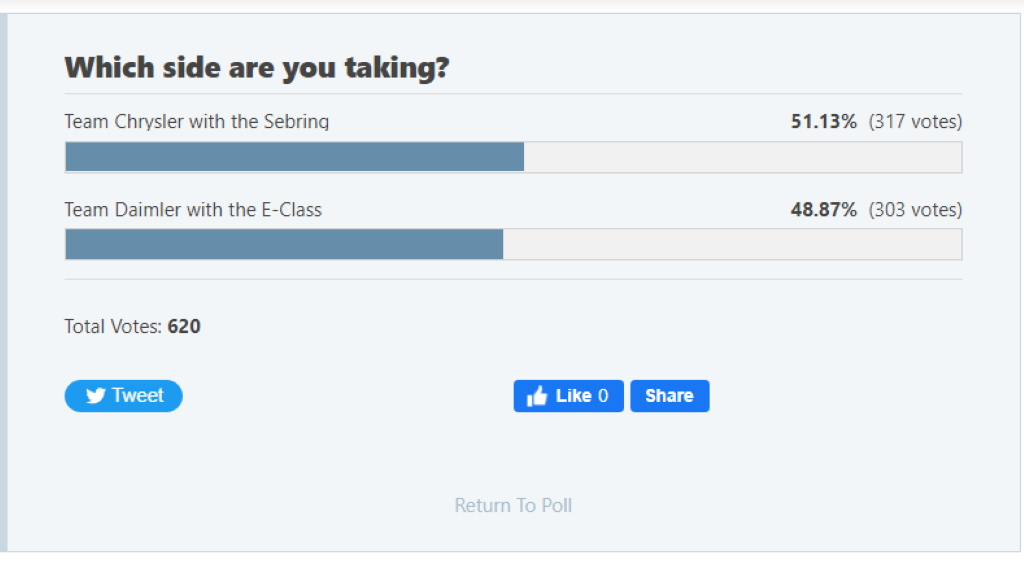 My word, that is close. After 620 votes, the Sebring won it by just 14 votes. Truthfully, I’d take the E-Class knowing full and well how rarely I saw them booked in for anything other than routine maintenance, brakes, and the odd suspension component, but that wind-in-the-hair experience certainly holds a degree of romance. Anyway, let’s grab a glass of Ribena and see what I found on Gumtree. 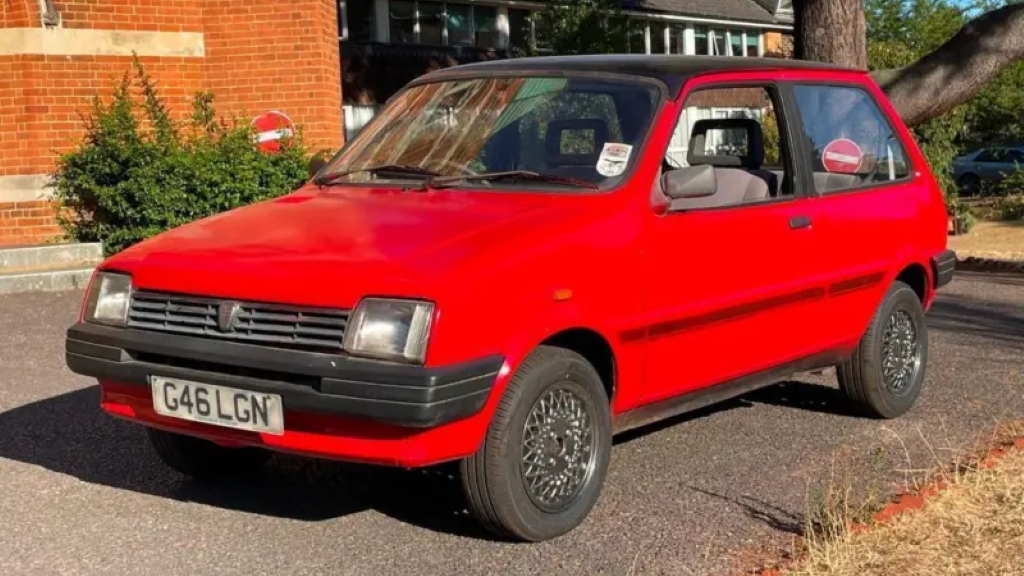 How do you effectively replace the Mini? As it turns out, the solution in the end was to go premium. Nevertheless, the R53 Cooper was far from the first time someone tried to replace Alec Issigonis’ little gem. In fact, Austin tried several things before settling on LC8 as its mass-market supermini, otherwise known as the Metro. This little supermini had a promising start, with a period of time atop the UK sales charts and Lady Diana Spencer being a Metro owner. However, things unraveled after a few years when everyone realized that the Metro was yet another shoddily-built British Leyland product with a propensity to rust. 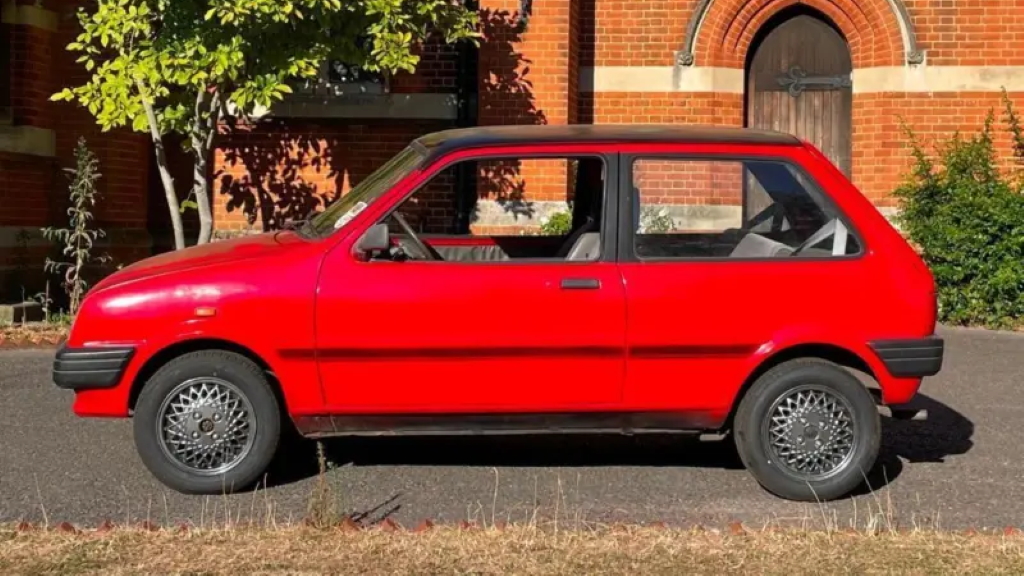 That legacy’s a bit of a shame because the Metro was reasonably clever for a car that launched in 1980. Check out those driver-centric interior controls with HVAC sliders right up next to the instrument cluster. In addition, it used BL’s clever Hydragas suspension with pressurized nitrogen-filled spheres taking the place of traditional springs. 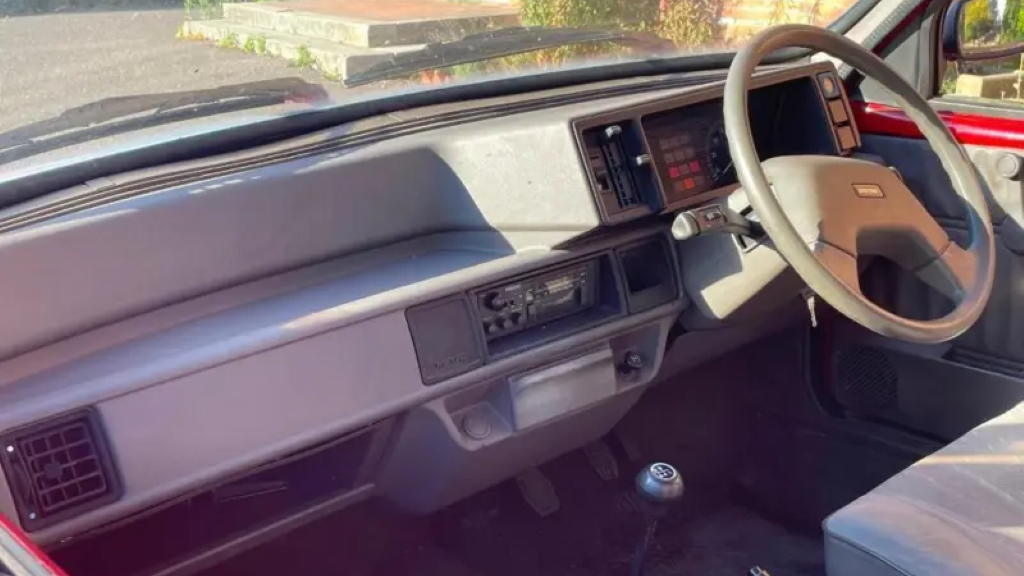 Now, £2,795 may seem like an awful lot of money for a car with a reputation for being a bit shit, but this particular Metro promises to be a gem. It’s claimed to have just one owner since new and have covered just 19,000 miles. By American standards, that means it’s basically new. 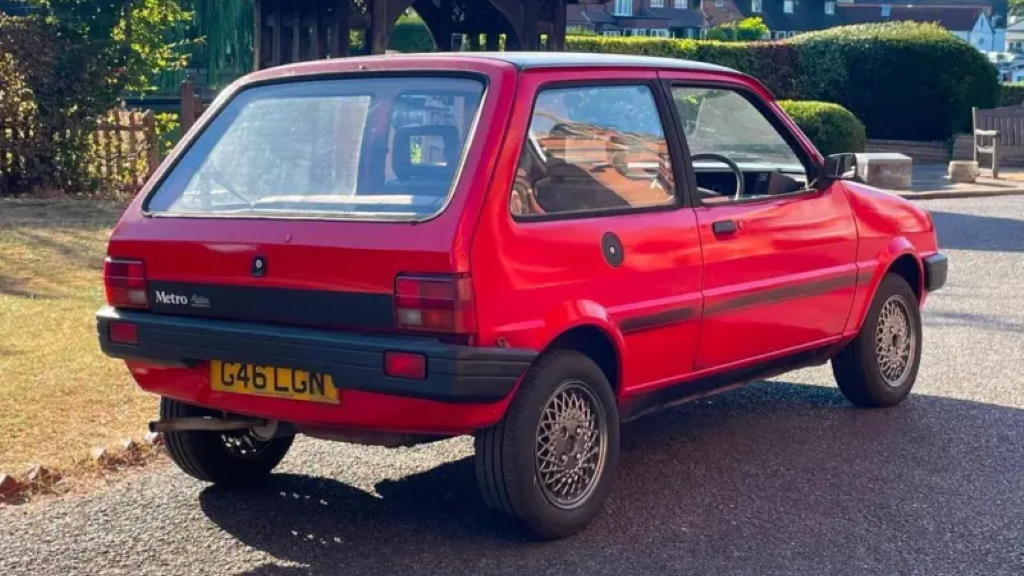 Granted, low mileage doesn’t mean cosmetically perfect, and this Metro seems to have fallen victim to an unfortunate parking incident. Just look at that rear bumper fitment. Still, everything else from the pristine B-pillar decals to the very clean upholstery looks perfect, so this might be one of the nicest Metros you can get your hands on. 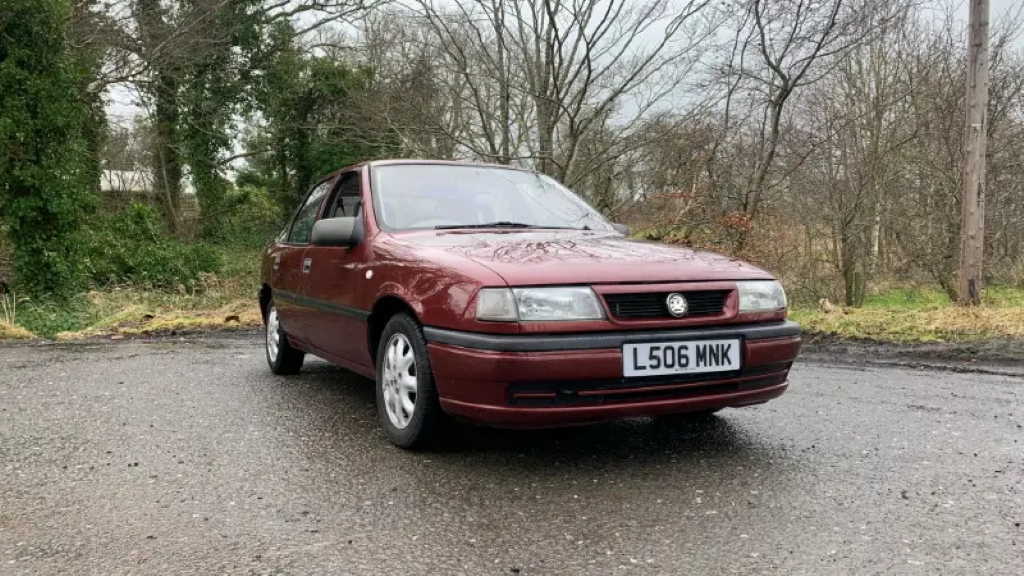 Despite the Cavalier nameplate once being a common sight on American roads, the Mk3 Vauxhall Cavalier shares virtually nothing with the J-body cockroaches that seemingly run badly longer than most cars will run at all. However, despite occupying a more upmarket position than the Chevrolet Cavalier, the Vauxhall Cavalier was still a true car of the people. Let me explain. 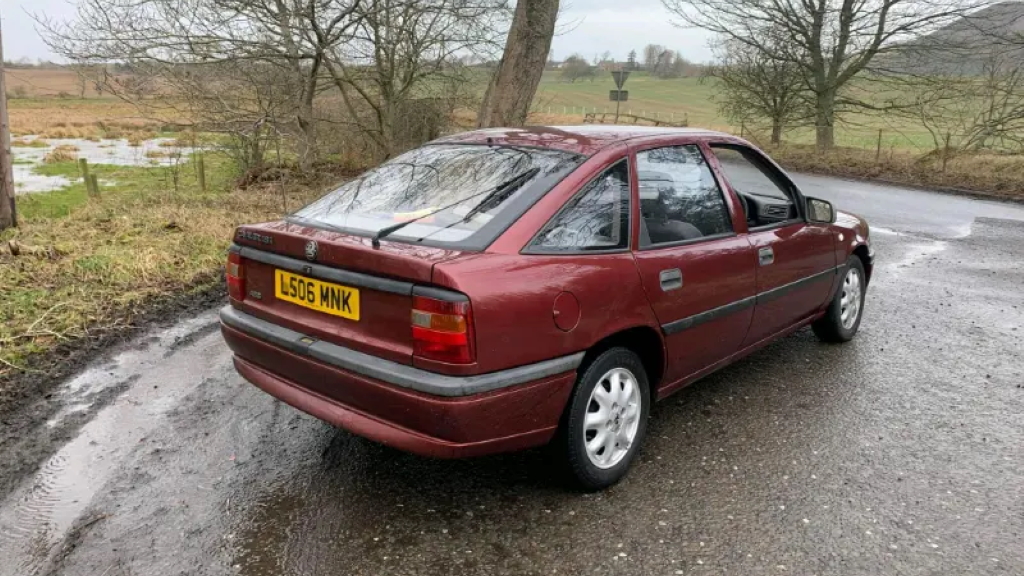 Way back in the 1960s, the British government stopped considering company cars as taxable benefits as a way to spur on industry. Income tax was quite high, so one way to reward employees was to give them a company car, and family sedans were the ideal company car of the day. Of course, steady reforms eventually caused this tradition to largely fizzle, but company cars weren’t especially uncommon in the early half of the 1990s. 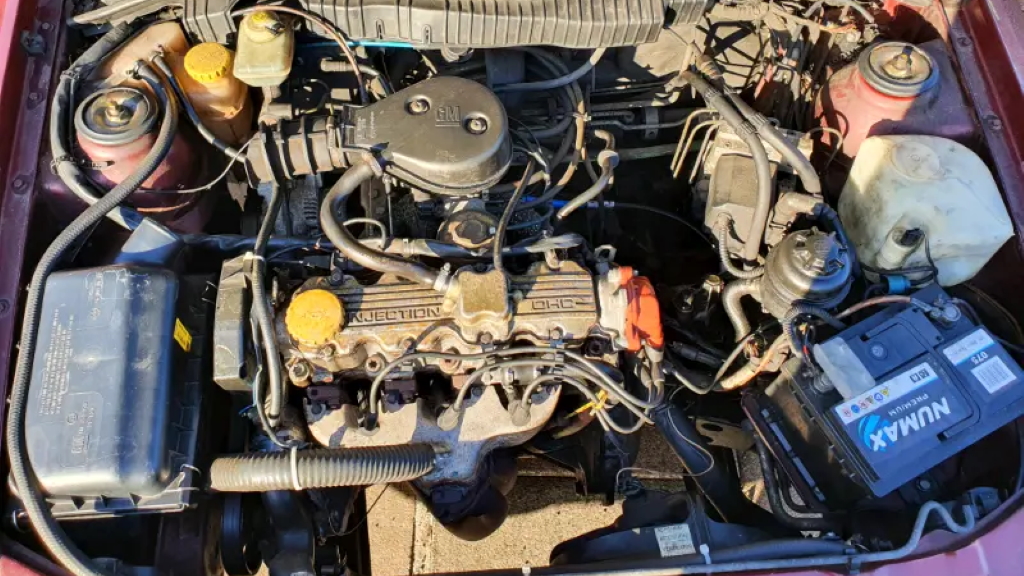 At the turn of that decade, the Vauxhall Cavalier was a prime pick, with trims like this 1.8i LS given to reasonably successful sales reps. Is it really surprising that a practical five-door liftback was a prime choice for scurrying up and down motorways shilling toner or other business supplies? Best of all, it was reportedly a decent car, winning What Car? magazine’s Family Car of the Year award in 1989 and 1990 back-to-back. With a drag coefficient of 0.29, it was reportedly quite quiet, and filled with soft-touch plastics before it was cool.

Of course, by the time this 1994 model had arrived, Ford had fired back with the crisp Mondeo. Just like how the Cavalier showed up the then-aging Ford Sierra, the Mondeo blew the Cavalier back to the turn of the ‘90s. Still, this one appears rather well-kept, covering a reasonable 112,484 miles. While the plastic trim has faded, the paint still looks cherry, and the styling seems to have stood the test of time. 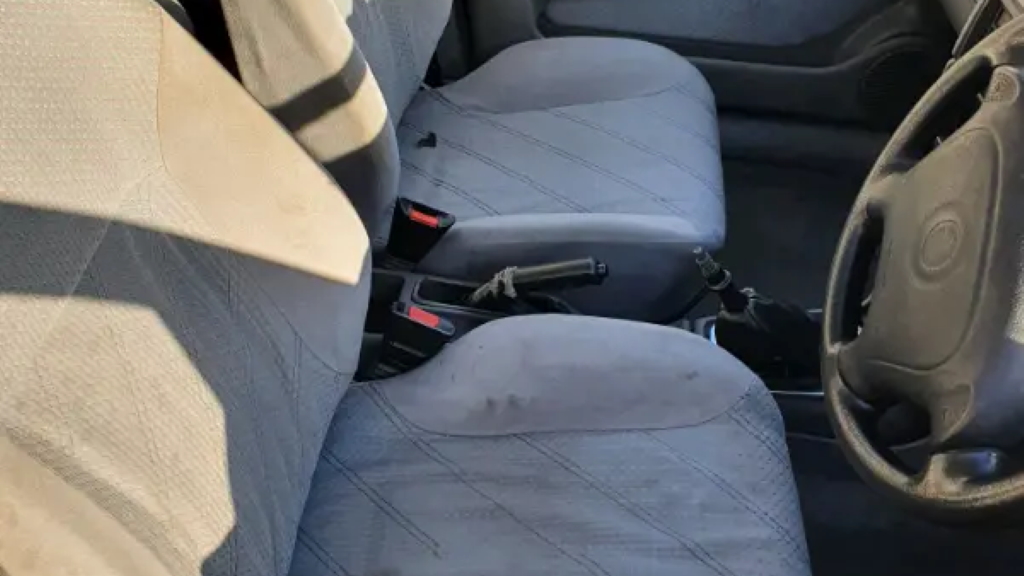 On the inside, this Cavalier is a touch scabby. The owner reports that some trim bits like the A-pillar panels need a bit of gluing, but that they’ll “try to get round to sorting these before sale.” Otherwise, the gear knob is missing, but a new clutch and MOT until November 2024 is sure to allay some fears.

So, which lesser-lauded British peoples’ car would you put your money on? Are you going for the sales rep special or getting brave with a bit of BL tin?

Thomas is a Nu Rave-blaring, heel-toe downshifting, maple syrup-swilling, chassis-geeking, junkyard parts-hauling, floppy-haired scenester who's been writing about cars since college. His current ride is a 2006 BMW 325i with the six-speed manual gearbox. Instagram: @thomas.hundal Twitter: @thomashundal
Read All My Posts »
PrevPreviousWhat The Hell Is Going On Here: Cold Start
NextHertz To Pay Millions After Allegedly Having People Arrested For Legally Renting CarsNext