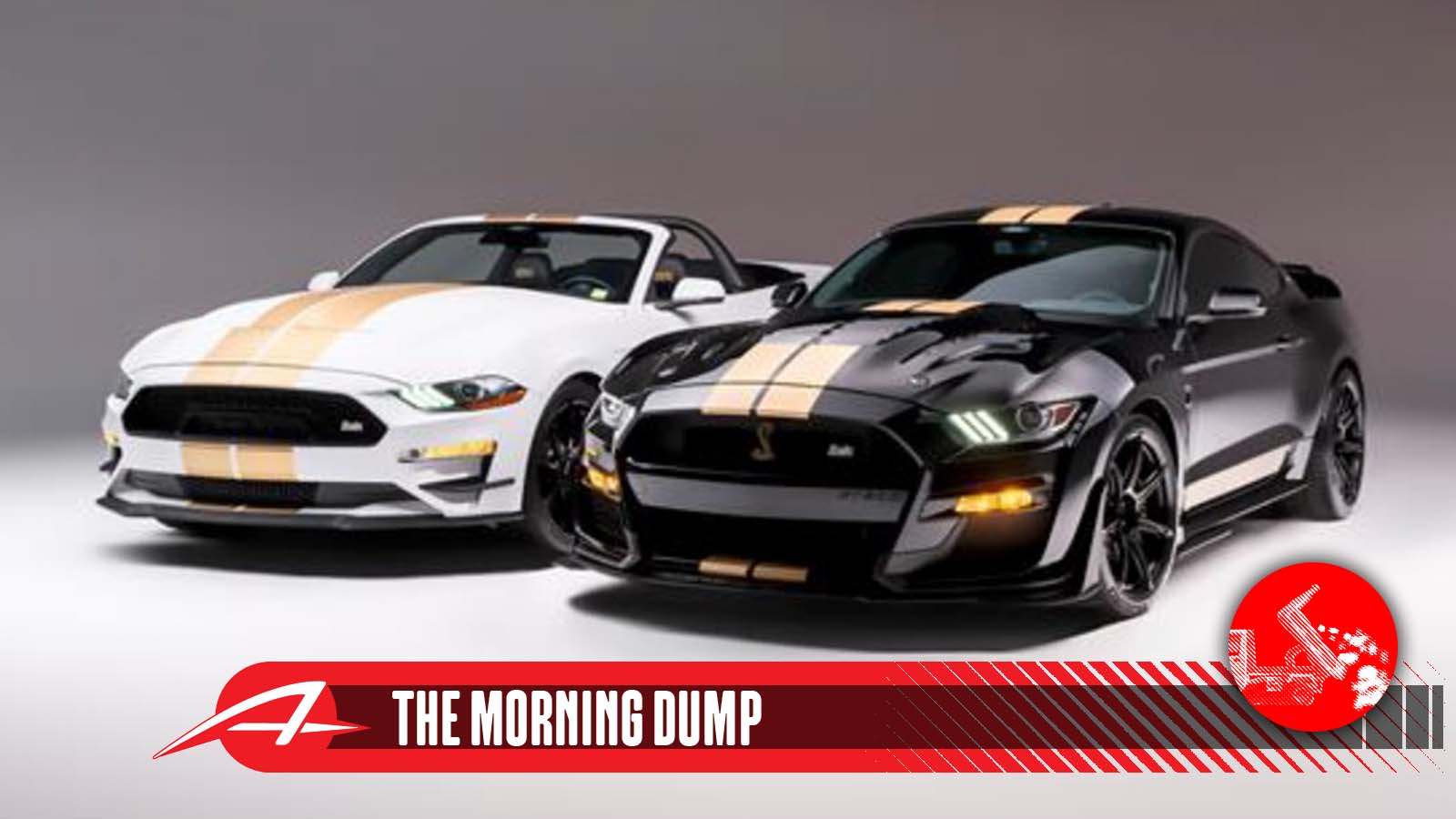 This morning we’ve got Hertz paying up for its misdeeds, Ford dealers ponying up for the future, Delta Airlines kicking in some dough for pilots, and one supplier you’ve probably never heard of playing the role of Scrooge this Christmas.

You can add legally renting a car to the all-too-long list of reasons people have been arrested in the U.S., though at least this time the arrestees have seen some small measure of justice. All this year we’ve heard reports of Hertz customers being accused of theft for seemingly no reason. Here’s one from CBS:

Carrie Gibbs was arrested at a California gas station in 2019 after Hertz told police she’d stolen the truck.

The truck had been rented for her from Hertz by an insurance company after an accident, but video obtained exclusively by CBS News shows police arresting her.  They took her to jail, and she was charged with felony car theft.

The case was later dismissed but Gibbs said in court papers she lost her real estate license for a year.

Being arrested isn’t just the loss of an afternoon, it can weigh seriously on your future, which is why it’s good that Hertz has settled the claims brought by 364 (!!!) people who had to deal with this and similar issues. The total bill? Per a CNN report, the company has to fork over $168 million. How did this happen? From the same story:

One lawsuit involving dozens of such cases alleged systemic flaws in Hertz’s reporting of thefts, including not recording rental extensions, falsely claiming customers hadn’t paid, failing to track its own vehicle inventory and failing to correct false reports to police.

This resolves 95% of the lawsuits against the company, according to Hertz. From the company’s press release on the matter:

Hertz Global Holdings, Inc. (NASDAQ: HTZ) today announced the settlement of 364 pending claims relating to vehicle theft reporting, bringing resolution to more than 95% of its pending theft reporting claims. The company will pay an aggregate amount of approximately $168 million by year-end to resolve these disputes. The company believes it will recover a meaningful portion of the settlement amount from its insurance carriers.

About 2/3rds Of Ford Dealers Will Be Certified EV Dealers

Ford’s plan to make dealers decide if they want in on EVs or not by investing in costly upgrades seems to be going ok, at least according to Ford CEO Jim Farley, who told a crowd at the Automotive News World Congress that 1,920 dealers opted into the program.

From a Detroit News story filed from the event:

Ford CEO Jim Farley, speaking at the Automotive News World Congress downtown Monday, said that 1,920 Ford dealers have enrolled in the Model e program for 2024-2026. Of those that enrolled, the vast majority — 1,659 dealers — opted into the highest level, “certified elite,” which gives them full sales and service capabilities and requires a higher investment level. Another 261 dealers opted to become “certified” with full service capability, a cap on how many EVs they can sell, and a lower investment requirement.

With around 3,000 dealers in total that’s a decent haul. There’s been grumbling from some dealers and Connecticut Senator Richard Blumenthal, asking for more time, and Ford is saying that reluctant dealers will get another chance in 2025 and 2027.

Tesla doesn’t have a franchise model and, therefore, doesn’t have to deal with the dealers. This has obvious upsides, but the downside is service. GM bragged recently that it’s fixed more than 11,000 Teslas in the last couple of years.

The union representing Delta Air Lines pilots has been locked in a battle with the airline for so long that when the negotiations started Cardi B was still thought of as a minor reality TV star. Why? In those years we’ve gone from abundant air travel, to a pandemic-fueled drop, to a sudden rise in travel again. Things have calmed down and there seems to be an agreement in place.

Here’s how CNBC summarizes the deal:

The “agreement-in-principle” Delta reached with the Air Line Pilots Association is equal to $7.2 billion in cumulative value over four years, the union told members in an email late Friday. About a quarter of that is tied to quality-of-life improvements.

There’s hope that stalled talks at American Airlines and United Airlines will now be able to use this deal as a blueprint.

Your car is a collection of parts and materials created and refined/processed by companies that are basically anonymous to most car buyers. These suppliers are an essential part of the car-making process and disruptions there often end up impacting deliveries.

Today we’re going to focus on Swiss supplier Autoneum AG. If you know that company, congrats! If you don’t, don’t worry. They make sound and heat insulation used by a bunch of automakers (Ford, Toyota, Stellantis, GM). These aren’t the sexiest parts of the car but you’d certainly notice if your vehicle lacked all insulation.

And now their workers at a Bloomsburg, PA plant are on strike. Who does this impact? From Automotive News:

For the Bloomsburg plant, its exact list of customers is unclear. However, the plant received awards from Toyota in 2011, Ford in 2014 and GM in 2021. Autoneum did not respond to calls from Automotive News‘ seeking comment on the strike.

The local Fox affiliate has the story on why the strike happened:

“Where we’re at is the increase in health care costs and the raises and we’re asking for backpay for when the contract originally expired in April,” said Heverly. “They’re not willing to really hear us out on any of those subjects.”

Heverly said the company wants workers to pay an additional 5% of their healthcare to 30%. He said this would be on top of the provider’s annual increases which they are fine paying. The contract also has a $1 raise increase in the first year than 60 cents than 60 cents than 75 cent raise with no backpay from when the contract expired in April.

Heverly and the workers said they did not want to go on strike, but he said they were backed into a corner.

As Automotive News mentions, the supplier has had a rough go financially this year, and blamed the usual mix of geopolitical and economic maladies for their issues.

Do you want to buy your next new car from a dealer/dealer network or directly from the company?

Howdy! I'm the Publisher of The Autopian which means I'm to blame for at least a small part of this. I used to run another car site and then made movies and TV shows. Now I'm here to convince you to buy a Peugeot.
Read All My Posts »
PrevPreviousPond Hopping: 1989 Metro 1.0 City vs 1994 Vauxhall Cavalier LS 1.8i
NextWatch Travis Pastrana Go Full Florida Man And Put The Goofy Fun Back Into GymkhanaNext