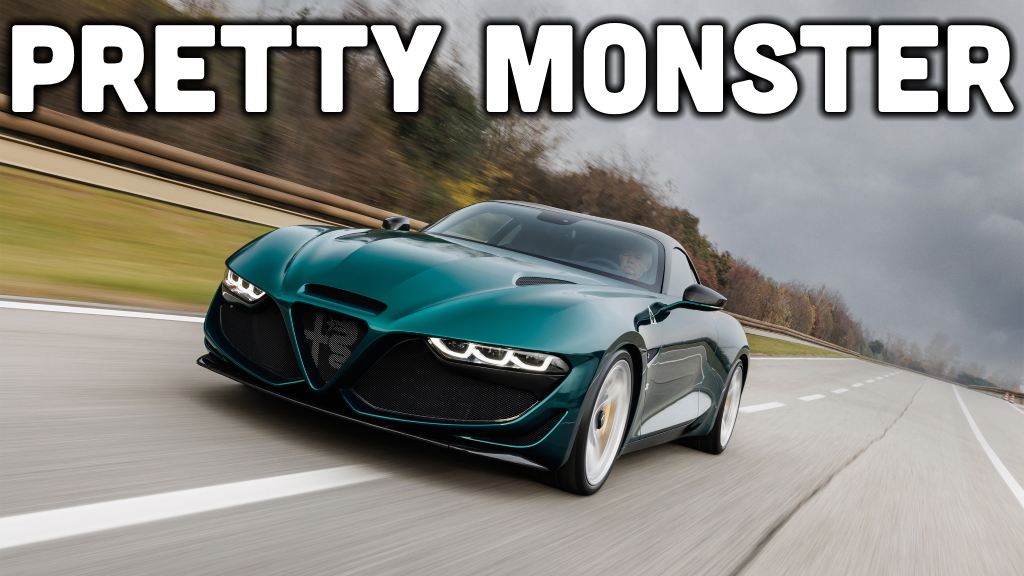 Seven years after we first saw the beguiling Alfa Romeo Giulia Quadrifoglio, the internet’s finally getting the coupe version it always wanted. Well, sort-of. You see, this coupe wasn’t actually built by Alfa. Inspired by works such as the TZ3 Corsa and il mostro, the SZ, Alfa Romeo’s head designer and the designers at Zagato got to work turning the Giulia sports sedan into a short-wheelbase coupe called the Giulia SWB Zagato. 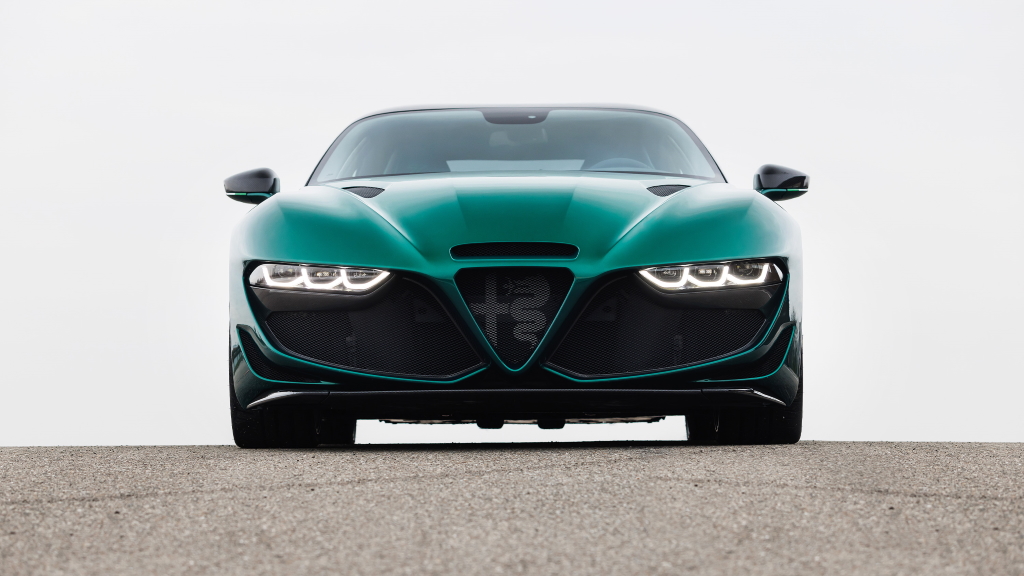 The stylists at Zagato are masters of making things that are sexy but also slightly ugly at the same time. The Giulia SWB Zagato is no exception. It’s a pretty kind of dirty, some of the proportions are very wrong but the balance tips toward attractive the longer I look at it. The compromises of trying to turn a sedan into a low-slung coupe are glaring like the midday sun, yet they don’t completely ruin the shape. 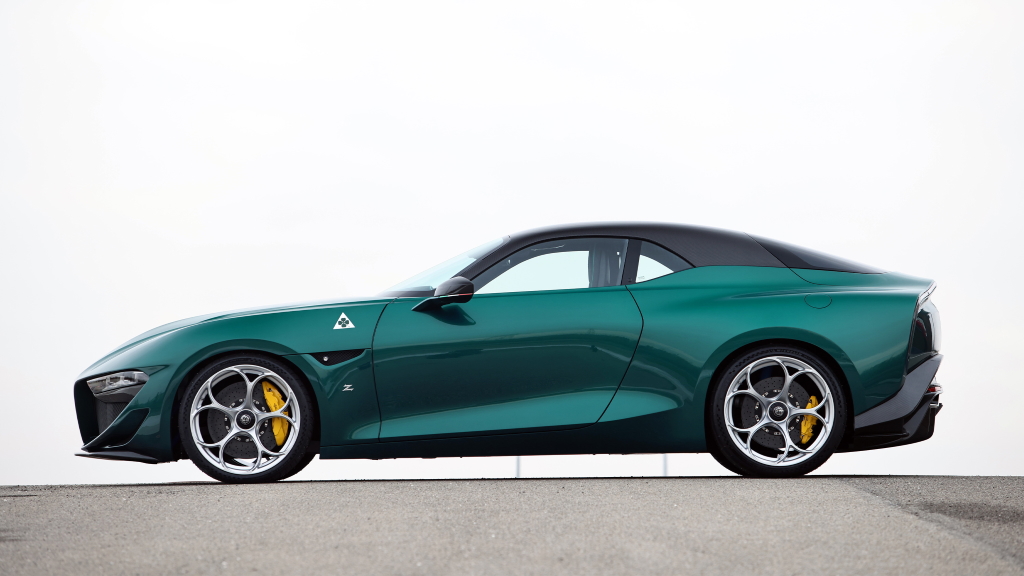 So, let’s jump into a list of things wrong with the way the Giulia SWB Zagato looks. The deck is far too high and bulky, the C-pillar is enormous, the snout is four miles downstream from the hoodline, there’s just so much metal between the tops of the arches and the greenhouse, and the wheelbase chop makes the car tower like the Eiffel. 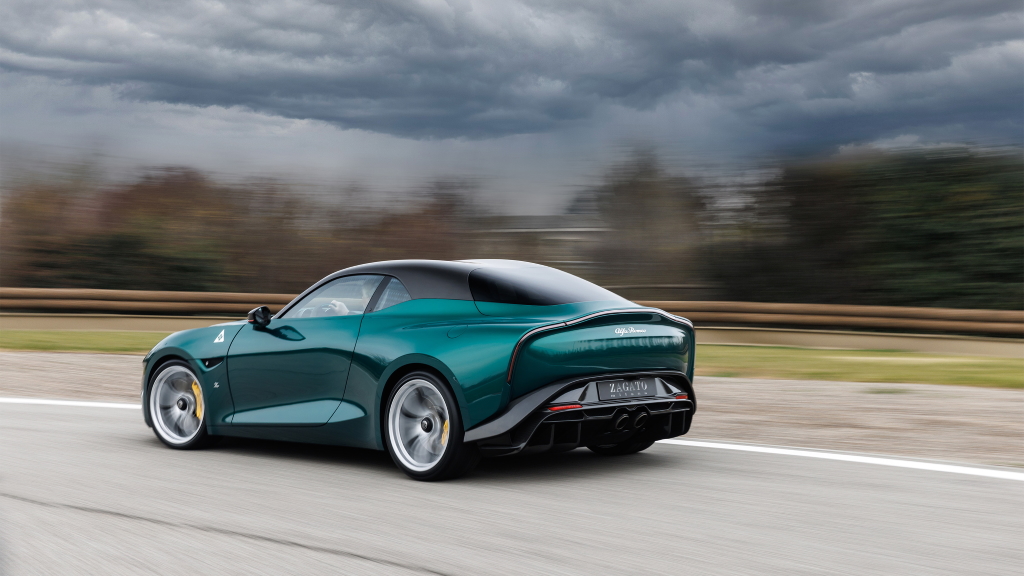 However, there’s also a lot to like about the Giulia SWB Zagato. It looks purposeful, like the slightly gawky cut-down racing specials of the ‘60s. The roofline is absolutely classic, the kammtail is rather clean, and the six headlights look positively menacing. Draped in deep green paintwork with a black roof, Zagato’s lunacy begins to make sense. 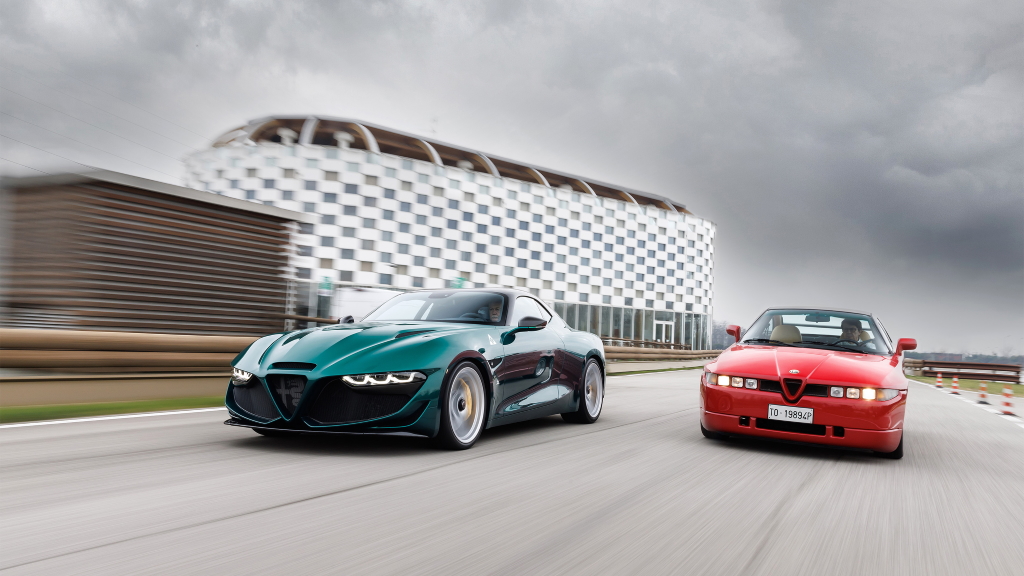 If the coachwork isn’t enough for you, remember the bones of this special coupe. The Giulia SWB Zagato doesn’t draw an engine from just any Alfa Romeo, but the Giulia GTAm, The ‘roided-up R-rated monster of the Giulia family. Its 90-degree 2.9-liter V6 that sounds like the angriest GM 3800 in the world is tuned up to 533 horsepower and 442 lb.-ft. of torque, more than enough to light a fire in your heart. Best of all, the Giulia SWB Zagato ditches the ZF eight-speed automatic gearbox for a six-speed manual. Brilliant. 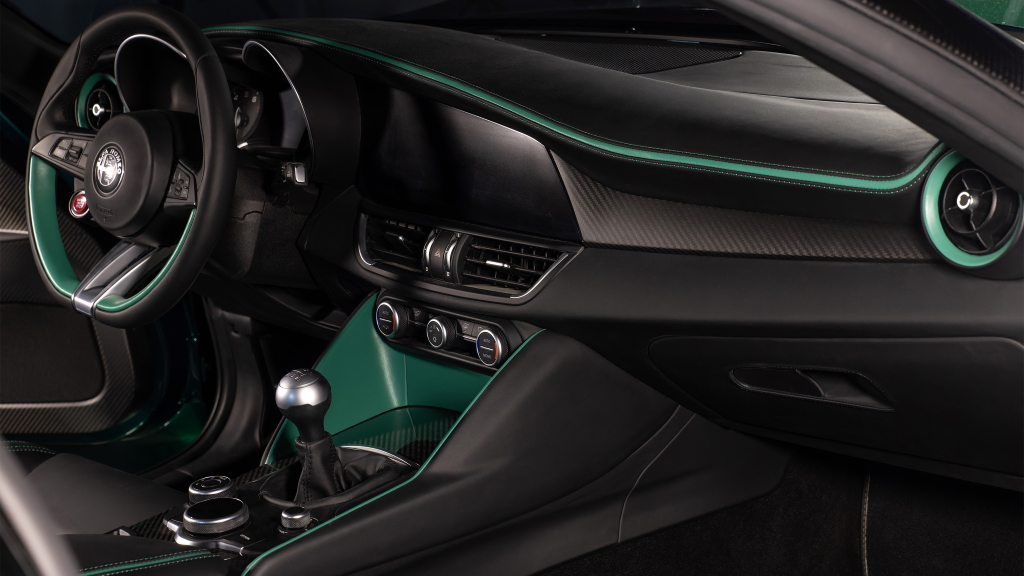 While not exactly surprising, Andrea Zagato is incredibly proud of how the Giulia SWB build turned out, stating that “It has been an exhilarating experience that has confirmed how the combination of Alfa Romeo and Zagato is an absolute classic of collecting.” Hey, if your name’s on the building and you have the legacy of your father and grandfather to follow, wouldn’t you want to make the best of the best? 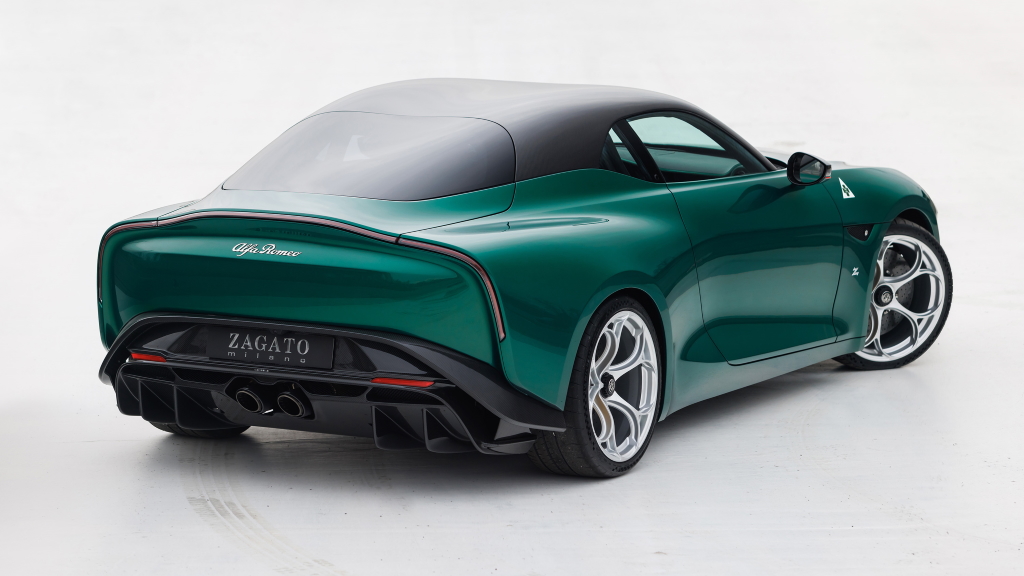 Unfortunately, if you want your own Giulia SWB Zagato, you’re out of luck. Zagato’s only making one and it’s already been sold. No doubt the German collector who commissioned this car paid a small fortune, but without their passion, this car wouldn’t exist at all. For now, let’s revel in the presence of this car, a flawed yet stunning rolling work of art that shows coachbuilding isn’t dead.

We Need To Talk About The Alfa Romeo Arna, The Car That Foolishly Blended Japanese Styling With Italian Engineering

Thomas is a Nu Rave-blaring, heel-toe downshifting, maple syrup-swilling, chassis-geeking, junkyard parts-hauling, floppy-haired scenester who's been writing about cars since college. His current ride is a 2006 BMW 325i with the six-speed manual gearbox. Instagram: @thomas.hundal Twitter: @thomashundal
Read All My Posts »
PrevPreviousMember Rides: The Kia Stinger Is A Great Everything-In-One Car
NextThere Was A Time When Americans Could Buy A 300-Horsepower Supercharged Wagon From Audi: Holy GrailsNext