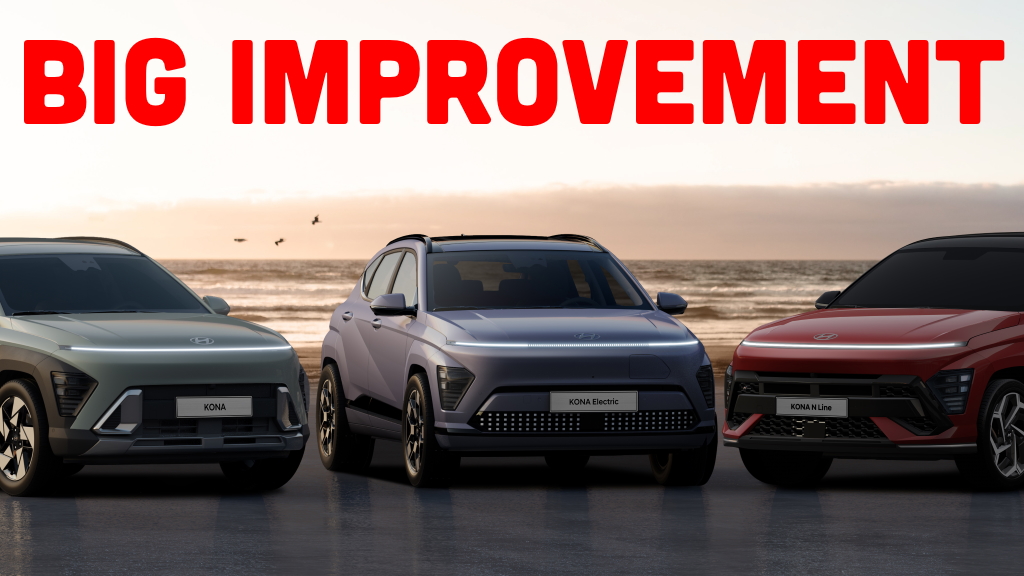 Subcompact crossover talk isn’t everyone’s idea of fun, but you’ll want to stick around for this one. The new Hyundai Kona has just been revealed and while it’s not exactly a sports car or even a performance car, it makes a compelling case for rational transportation. That’s because the Kona now suddenly looks amazing, a testament to how Hyundai continues to kick everyone else’s asses on the design front these days. 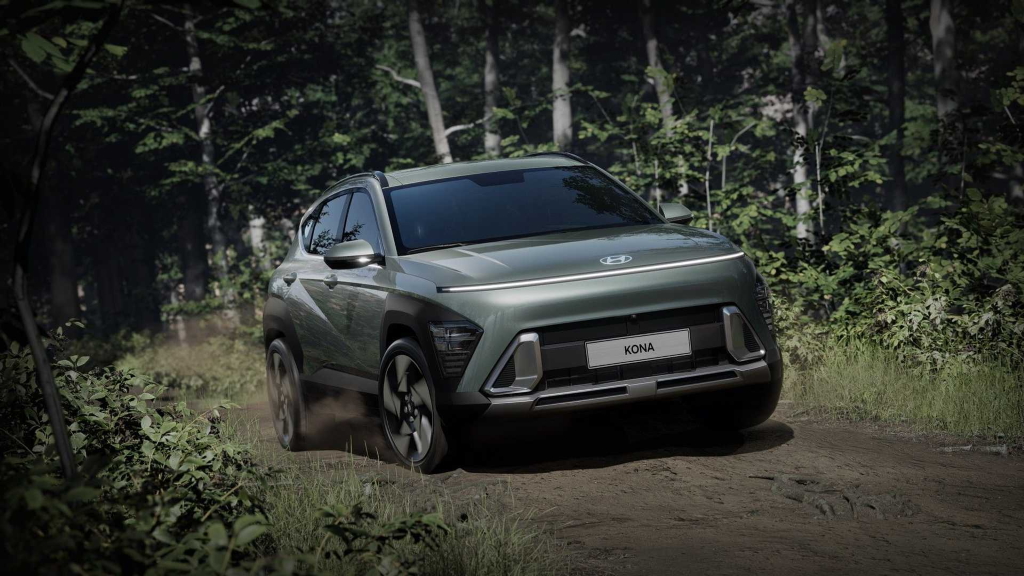 While the previous Kona started with a conventional subcompact crossover and converted it to electric power, Hyundai claims that the new Kona was designed to be electric first. What exactly that means, we don’t know right now, but we do know that the new Kona is much bigger than the old one. Length is up by 5.9 inches, 2.3 of which are in the wheelbase, while the new car is an inch wider than the old one. This should better position the Kona against the Toyota Corolla Cross and Mazda CX-30, both of which lean towards the larger side of subcompact. 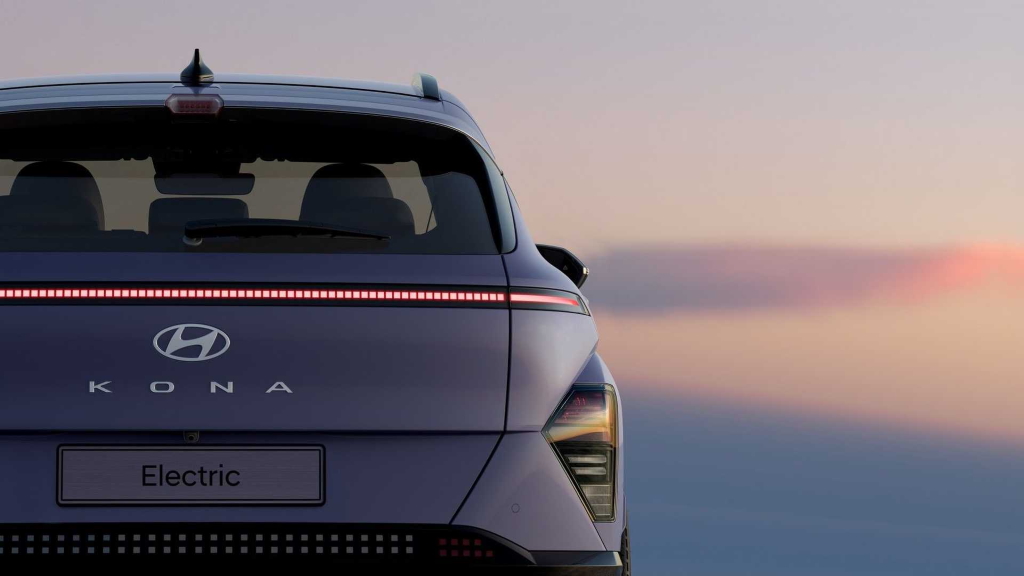 So, the size is up, but what else is new? How about styling? The giant full-width daytime running light feels a bit “Honey, I shrunk the Staria,” but it looks quite sharp and is certainly distinctive. Plus, the rear light bar mirrors the front to create a pleasing harmony, despite the Kona’s tendency to mash together clashing surfaces.

[Editor’s Note: I think this DRL/headlight treatment is really bold and novel, a realization of something automakers have been toying with for decades. It also lends a sci-fi face feel, like Jeordi’s VISOR or Cyclops’ slit-goggles or those ’80s sunglasses. It’s a bold, fun move, keeping with Hyundai/Kia’s bold styling decisions lately, especially with lighting. – JT] 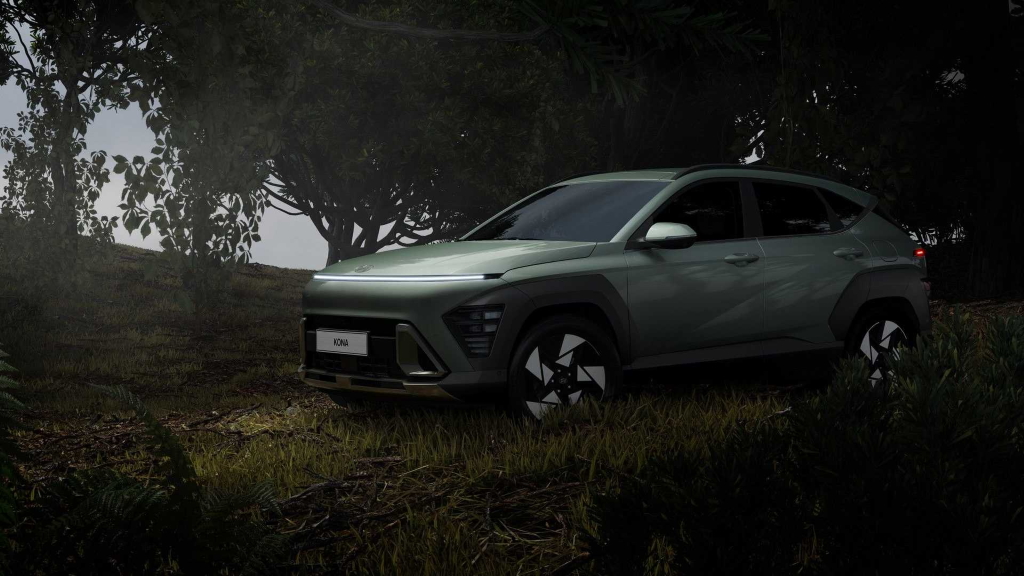 Yes, the unpainted cladding is back on certain models, turning Gandini arch inspiration to caricature and providing protection from certain parking knocks. However, the sheer amount of unpainted plastic has been turned down, with the front bumpers of standard models now painted the body color almost all the way down. Granted, this is mitigated somewhat by two massive triangles in the lower grille breaking up visual width and adding complication, but that’s the way it goes sometimes.

Still, it’s hard to argue that the Kona Electric isn’t the most handsome variant, thanks to its paint-matched fenders and strong horizontal grille blocking. All the signature pixel-like elements are on display in the grille, and the triangles of other models are nowhere to be found, so this front-end treatment really seems to work. In fact, the new Kona Electric looks crisp enough that you can think of it as a budget Ioniq 5. Good stuff. 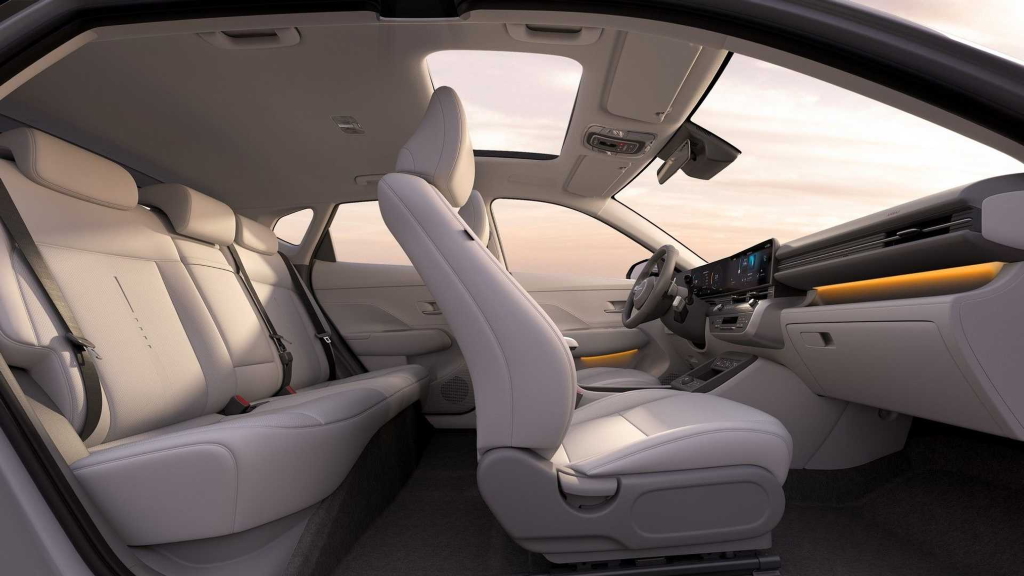 The budget Ioniq 5 vibes continue on the interior, where Hyundai has pulled out a massive improvement over the old Kona. With available hoodless digital cluster and infotainment screens mounted in a single bezel and a more layered dashboard with strong horizontal elements, the new Kona’s cabin looks nearly ten years newer than the old car’s cockpit. Granted, I’m sure some hard plastics remain due to the Kona’s price point, but the overall appearance is a huge improvement. Plus, an electronic shifter on the steering column should free up a ton of space for center console storage.

Despite how nice the new Kona looks, I can’t help but feel a bit sad. There’s no mention of the fast Kona N model living to see another day, which seems like a shame considering the only other powerful retail-priced subcompact crossover on the market is the Mazda CX-30 Turbo, a much more grown-up, less performance-oriented take on a spicy small crossover. Sure, there will be an N-Line Kona model with sporty add-ons, but I just want to see a fully-mental version of the new Kona. 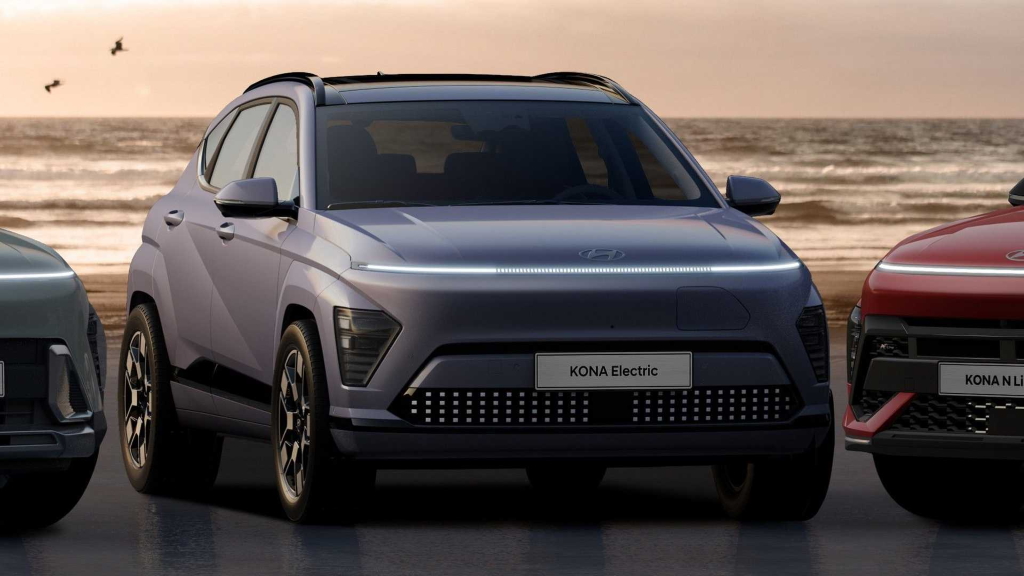 However, even if a new Kona N doesn’t come to fruition, the existence of a new Kona Electric is cause for celebration. The current model is one of the most efficient affordable EVs out there, with impressively low energy consumption granting it an EPA rating of 120 MPGe combined, 134 in the city, and 106 on the highway. A 258-mile range on a 64 kWh battery pack is pretty good stuff, so I’m excited to see how the efficiency of the new model compares to the current car.

Plus, the standard new Hyundai Kona just looks like a better subcompact crossover than the current car, and progress is usually a good thing in the world of cars. The longer wheelbase should translate to more cabin space, the updated cabin design should make the new car feel nicer, and the availability of a hybrid powertrain is great news for those who don’t want to take the leap into an EV but still want to burn less fuel. Expect more details on the new Kona to be released in the coming months, so on-sale timing is anyone’s guess.

Thomas is a Nu Rave-blaring, heel-toe downshifting, maple syrup-swilling, chassis-geeking, junkyard parts-hauling, floppy-haired scenester who's been writing about cars since college. His current ride is a 2006 BMW 325i with the six-speed manual gearbox. Instagram: @thomas.hundal Twitter: @thomashundal
Read All My Posts »
PrevPreviousHow A Corvette LS3 V8 Turns The Already-Sketchy Land Rover Defender Into A Lovable Monster
NextMember Rides: The Kia Stinger Is A Great Everything-In-One CarNext