Toyota has revealed a concept that it says is “a nod to the near future.” The Toyota bZ Compact SUV Concept shows us what its battery electric crossover future could look like. Its design is pretty neat, but it’s what’s inside that’s really cool. This concept has a pretty dazzling set of curved displays.

Toyota is rolling into the 2022 Los Angeles Auto Show with some instant hits. The new Prius is an absolute stunner, paired with some surprising performance numbers for the famed hybrid. And Toyota isn’t done yet, as it has now released a preview for what its electric car future could look like. The automaker isn’t providing much information at all about this concept, but it may be a hint at an SUV slotting in under the bZ4X. And like the Prius before it, this thing looks good. 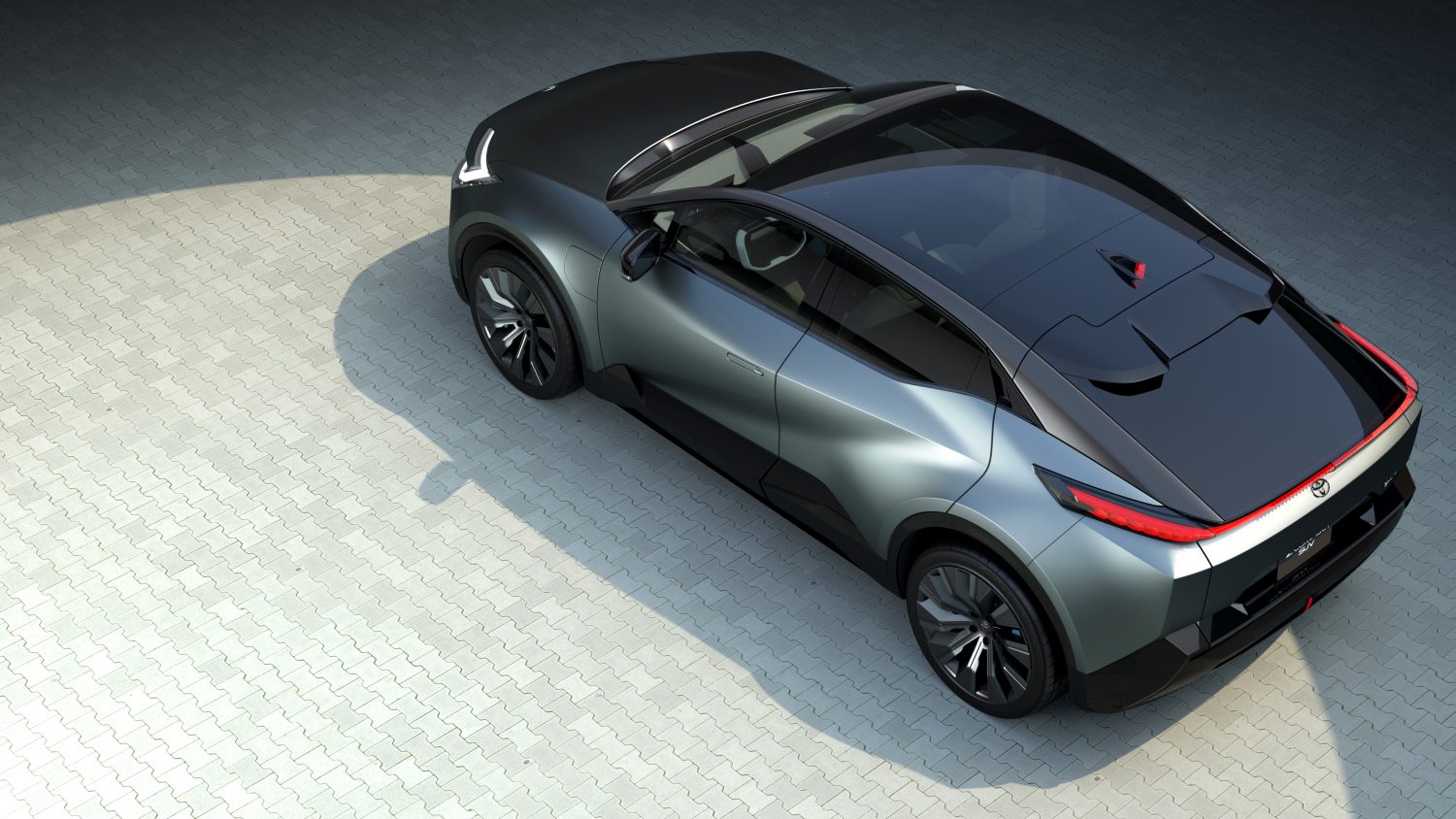 Back in 2021, Toyota said that it aims to roll out 30 EVs by 2030. At first, seven of those EV models were said to be a part of Toyota’s Beyond Zero line, stylized as “bZ.” It has since been scaled back to five models wearing the bZ badge. We’ve seen and driven the first vehicle from this lineup, the bZ4X electric crossover. The second vehicle from the bZ range, the bZ3 sedan, was recently launched in China. Toyota is tight-lipped about the small SUV before us today, but it comes in at a smaller size than the bZ4X. Currently, there are rumors that Toyota is working on a smaller bZ crossover. If Toyota’s bZ nomenclature references size, then this could be a preview of a bZ3X crossover.

Keep in mind that Toyota stops short on calling this anything more than a concept car. And no information about battery or performance has been provided. So with that in mind, let’s check this thing out. 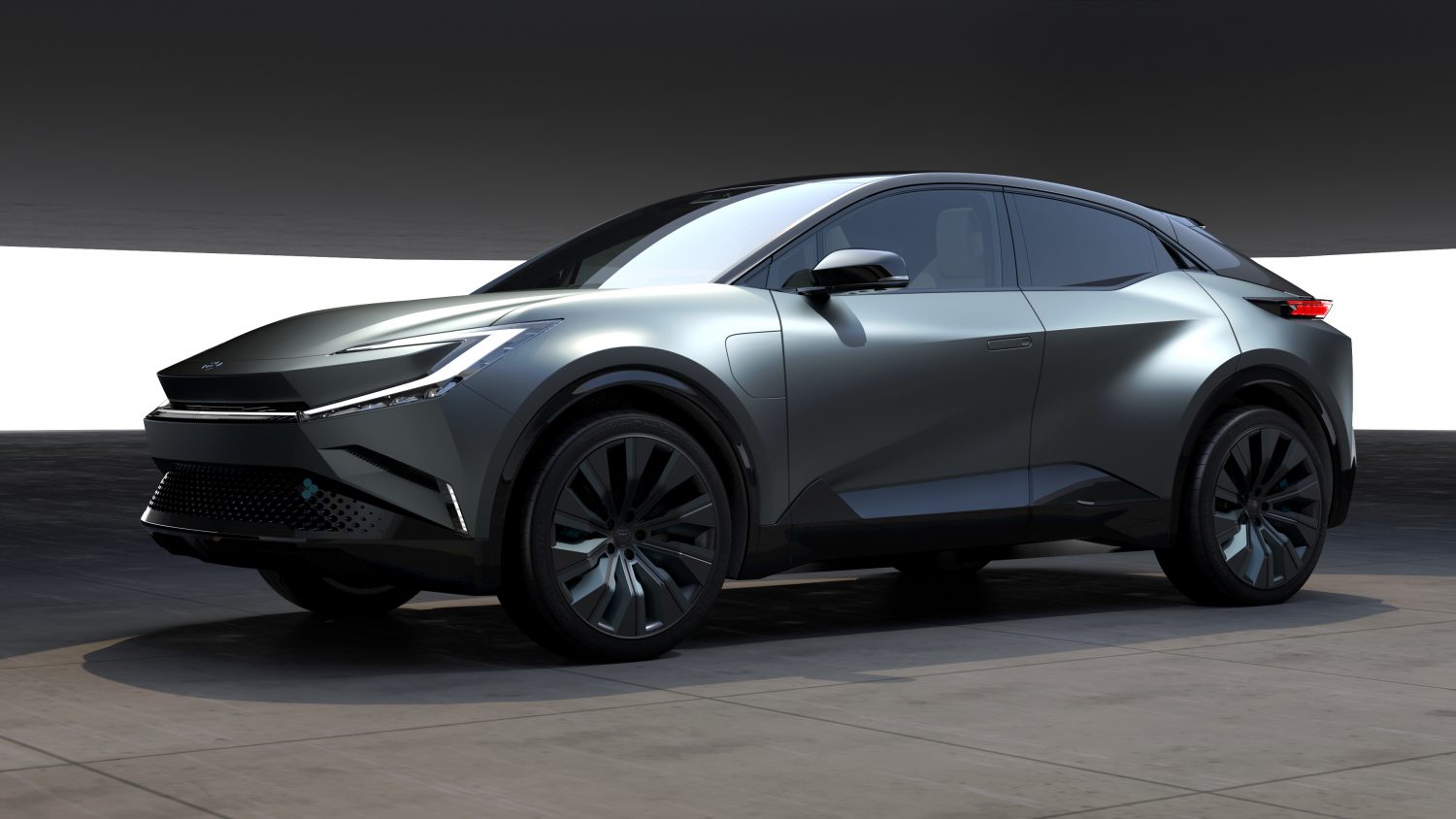 Starting with the exterior, this design may seem familiar. If so, that’s because we actually saw this design back in 2021 when Toyota made its announcement about going in on electric cars. Back then, the car was far less detailed than it is now, looking a lot like a digital render.

It’s interesting to see how Toyota has fleshed out the details. The front end, for example, looks similar to the Crown and the new Prius that we saw today. And in the back, we get sharp taillights that at least to my eyes, looks like a blade slicing into the rear of the vehicle. I also dig the third brake light on the roof and the other light strip on the rear bumper. Further, I like how this car does away with the weird black panels found on the larger bZ4X. 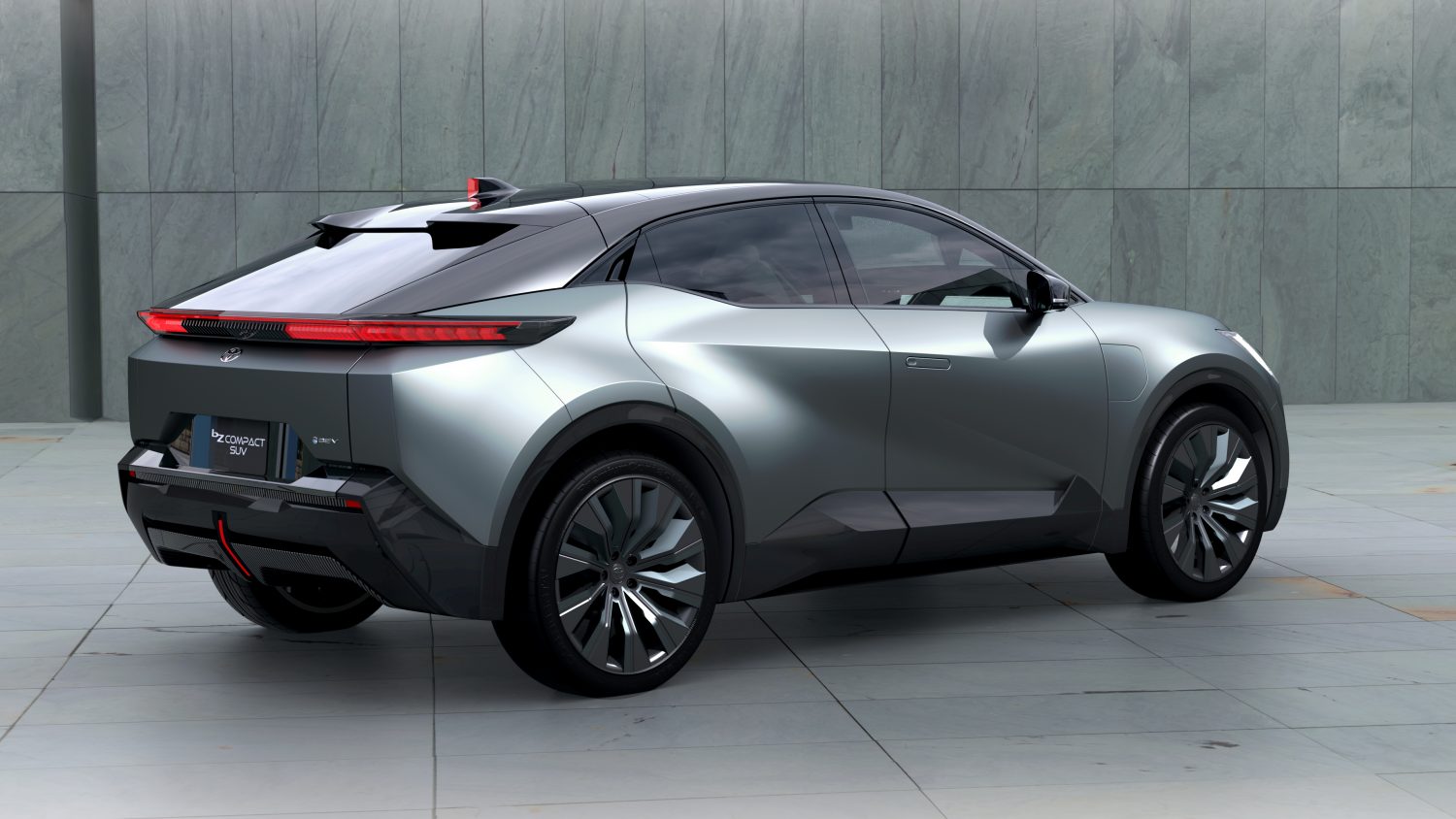 Toyota says that the bZ Compact SUV Concept was designed with a clean-vital design approach. Thankfully, Toyota explains what that means:

Toyota goes on to note how the edgy styling and wheels pushed out to the corners are supposed to give it a distinctive look and aggressive stance. Moving inside, something that caught my attention are these screens. 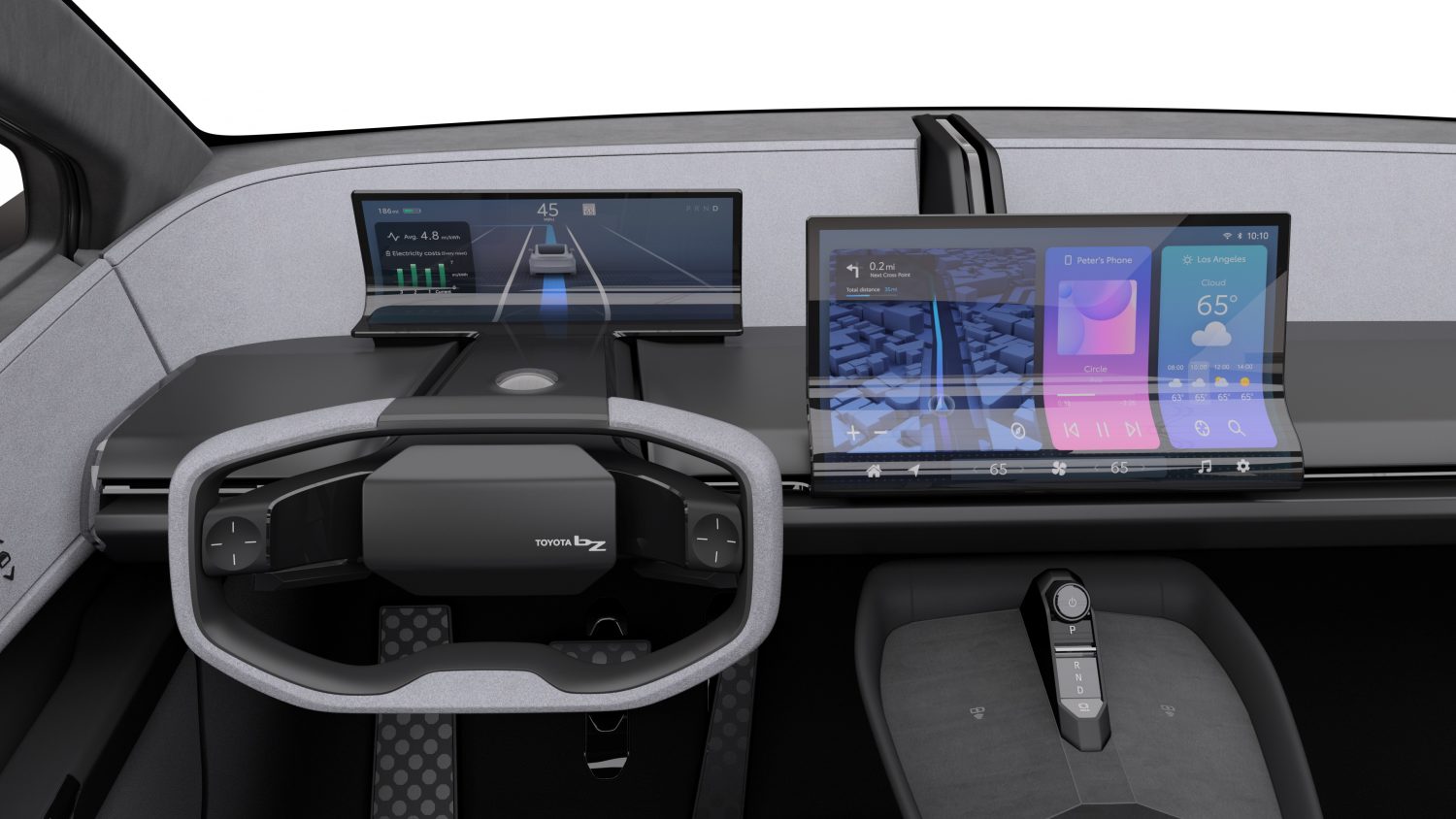 Sure, Toyota is certainly not the first to do curved screens in a car. But I love how these flow like water, and the information displayed on the screens curve with the displays. On the center screen, controls for equipment like HVAC appear on the final curve of the display. Also prominent in this area is a wheel that resembles a yoke. 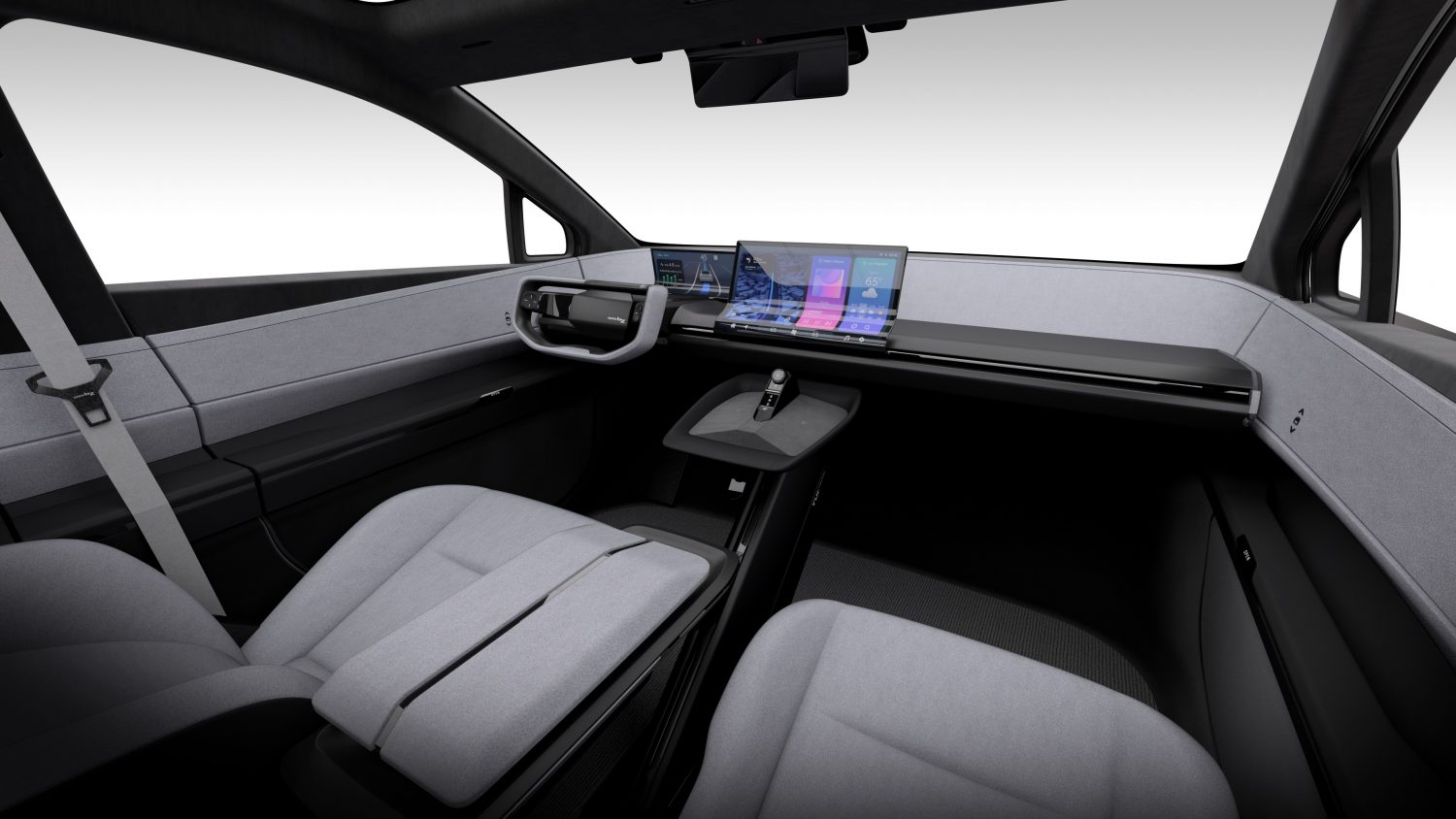 Looking at the materials, Toyota says that its designers used plant-based and recycled materials for seats and other interior surfaces. As for technology, there’s an in-car personal agent named Yui. This Siri-like assistant apparently uses light and sound to respond to requests and commands from the vehicle’s occupants.

Overall, this concept SUV looks pretty neat, even though Toyota isn’t indicating any sort of production intent. Hopefully, we do get to see this little guy as a real production car, and its exterior won’t change too much on the way there. If you want to see this car, or the new Prius in person, you can see them at the 2022 Los Angeles Auto Show. You’ll see us, and some of the coolest cars hitting the market there!

Mercedes is a lifelong fan of all things powered by an engine. When she isn't driving one of her five Smart Fortwos or her 14 other vehicles she could be found in the cockpit of a Cessna 172 or perhaps swimming in any body of water that she could find. She also has a deep love for buses of all kinds. Please send her buses. mercedes@theautopian.com Instagram: @mistymotors Twitter: @Miss_Mercedes30 Facebook.com/neonspinnazz
Read All My Posts »
PrevPreviousAuto Shows Are Still Important
NextThe Fiat 500e Is Coming Back To America In 2024 And This Time Not As A ‘Compliance Car’Next