Back in 2019, lovers of city cars were dealt a blow when Fiat announced that the Fiat 500 and 500e wouldn’t make it to 2020. The cute Italian city car–which less than a decade before relaunched Fiat in North America–joined the likes of the Smart Fortwo and Scion iQ in the dustbin. But today, Fiat announced news that should make city car fans ecstatic. After what will be a five year absence, the adorable Fiat 500 city car is coming back to America. This time, we’re getting just the electric version, the 500e, and the little city car is bringing style with it.

Not too long ago, car buyers in America had a whole buffet of options for tiny cars. You could get the super reliable Honda Fit, quirky Smart Fortwo, sensible Scion iQ, inexpensive Mitsubishi Mirage, peppy Mazda2, or the hot Fiat 500. Even domestic brands were in on small cars with cars like the Ford Fiesta and the Chevrolet Spark. Tiny car competition was hot. But nowadays? Not so much. You can buy a Mitsubishi Mirage and the Chevy Spark, but everything else has fallen to larger, more popular models. Even the Honda Fit didn’t survive and the Spark is also getting cut. There are Minis, of course, though those have grown a bit since their reboot.

So, recent announcements from Stellantis have been surprising. In July, Stellantis confirmed that the Fiat 500 was getting a second shot in America, this time purely as an EV. But that confirmation didn’t come with any word on when we’d see the new car. Today, Stellantis has finally spoken, and we’re getting the new car in 2024, about five years after Fiat announced the 500’s departure from our shores.

As of right now, this new announcement doesn’t come with any tech data whatsoever. And no word if we’re getting the funky 3+1 door version, either. There is another release happening later today that might reveal more information. But for now, we’re getting a handful of one-offs that show what kind of stunning looks the new car is capable of.

For these cars–which are displayed at the 2022 Los Angeles Auto Show–Fiat teamed up with Italian fashion design house Giorgio Armani, fashion design house Bulgari, and furniture design house Kartell. None of these are production cars, but they show off some creative Italian flair. The Armani 500e features a laser-etched paint job that’s meant to look like a fabric weave. 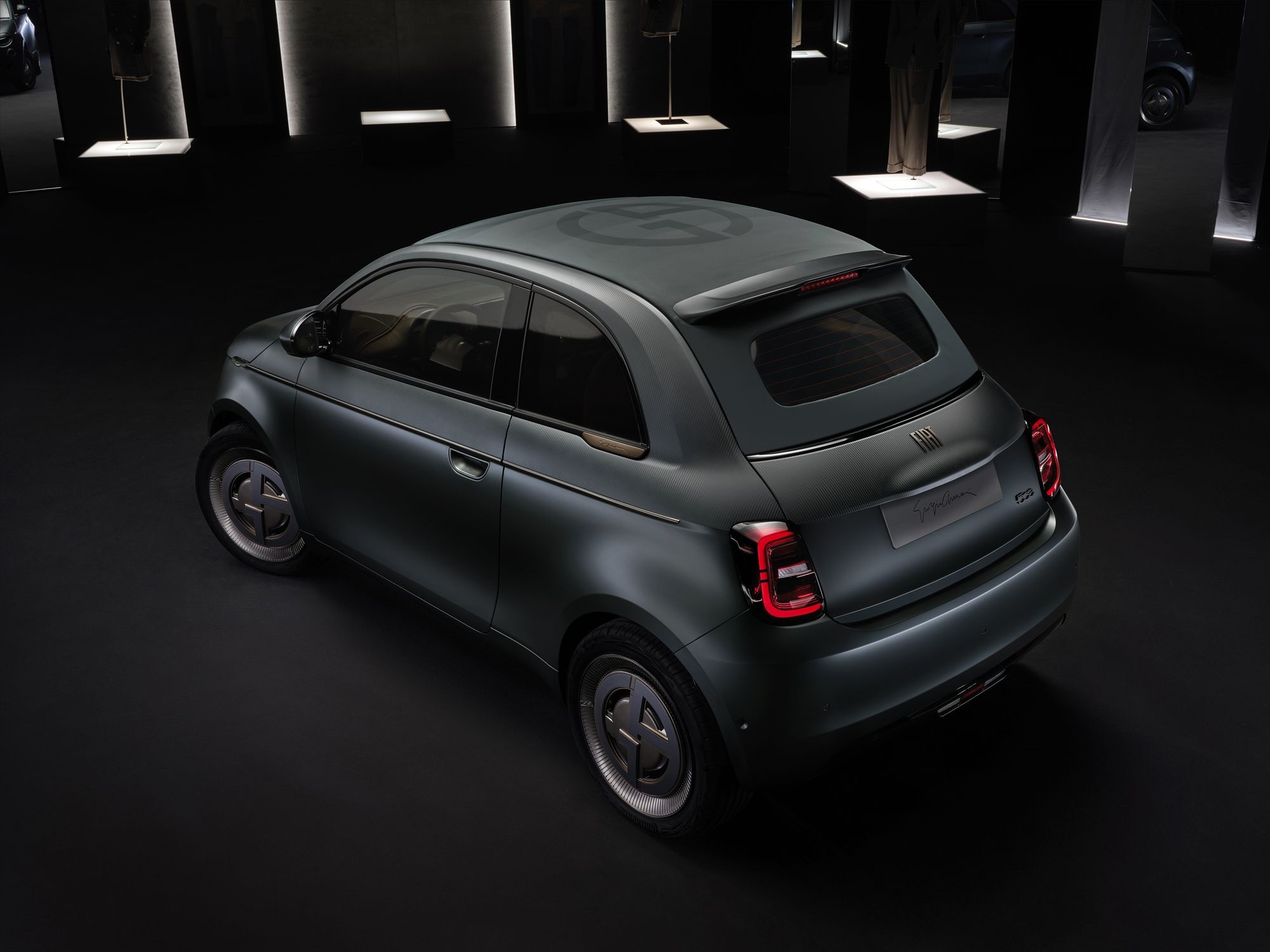 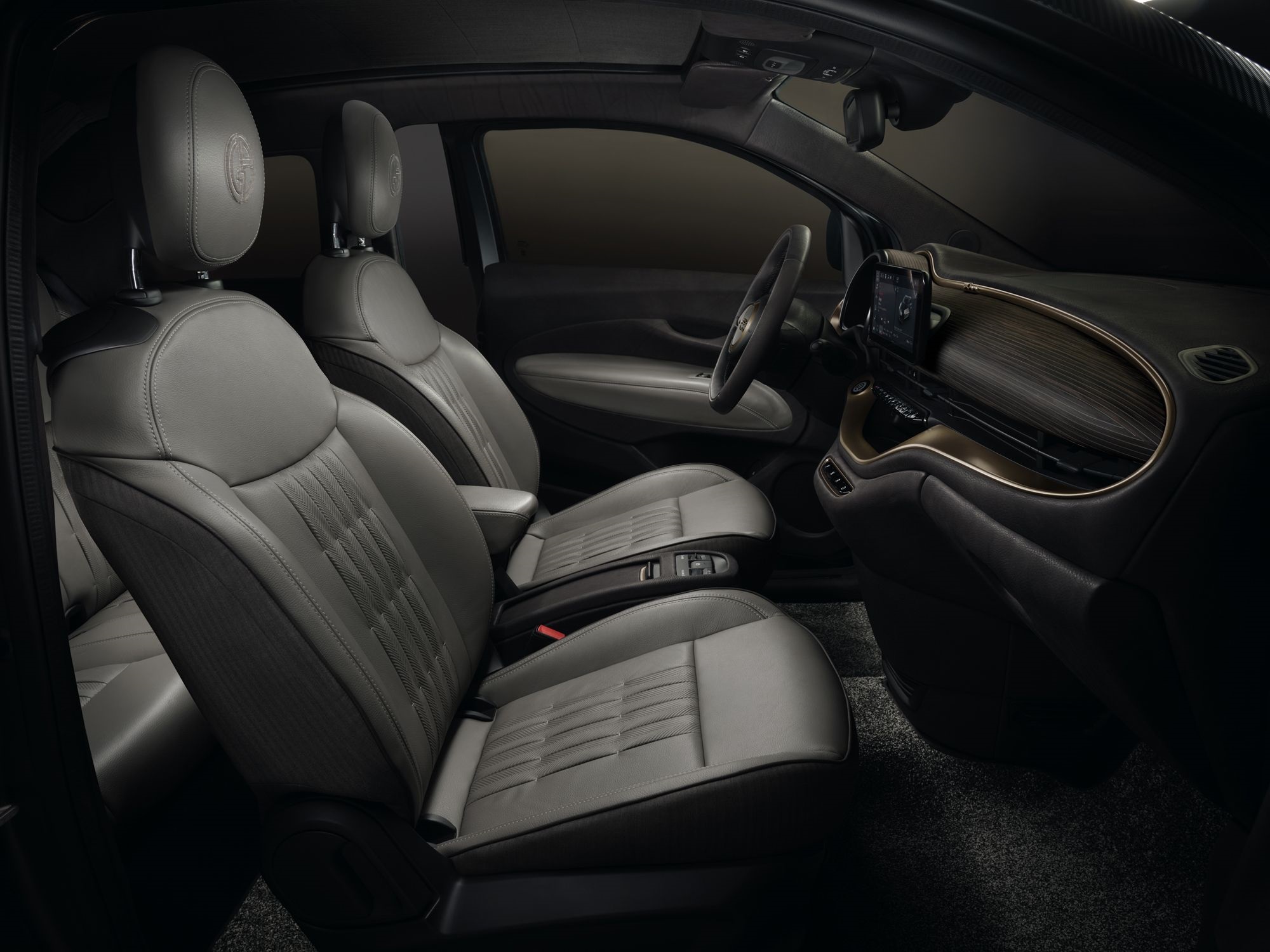 Kartell takes a different approach. Its version of the 500 covered in sustainable plastic panels and topped off with some pretty incredible wheels. Technology in the new 500e includes Level 2 driver assist technology like adaptive cruise control and a function for lane centering.

The Bulgari model goes far out with a colorful interior featuring a dashboard mural. That one also gets a steering wheel-mounted removable brooch with amethyst, citrine, and topaz gemstones.

At the Los Angeles Auto Show, Fiat said that these one-off concepts will be auctioned off to help organizations fight climate change. The automaker also said that the new 500 differs from the old one in one major way. This new car was designed to be an EV while the old one was an ICE platform adapted to be an EV. 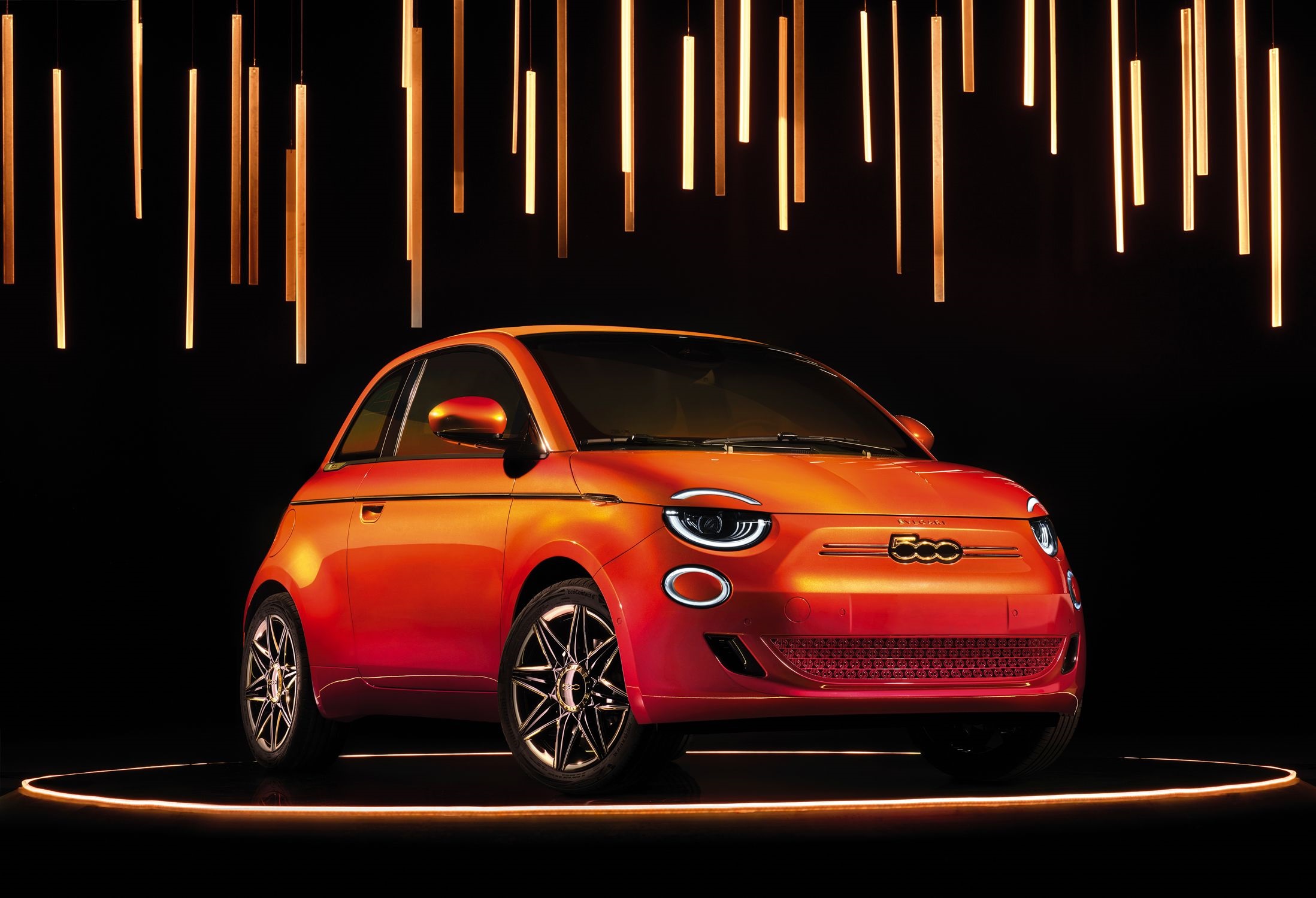 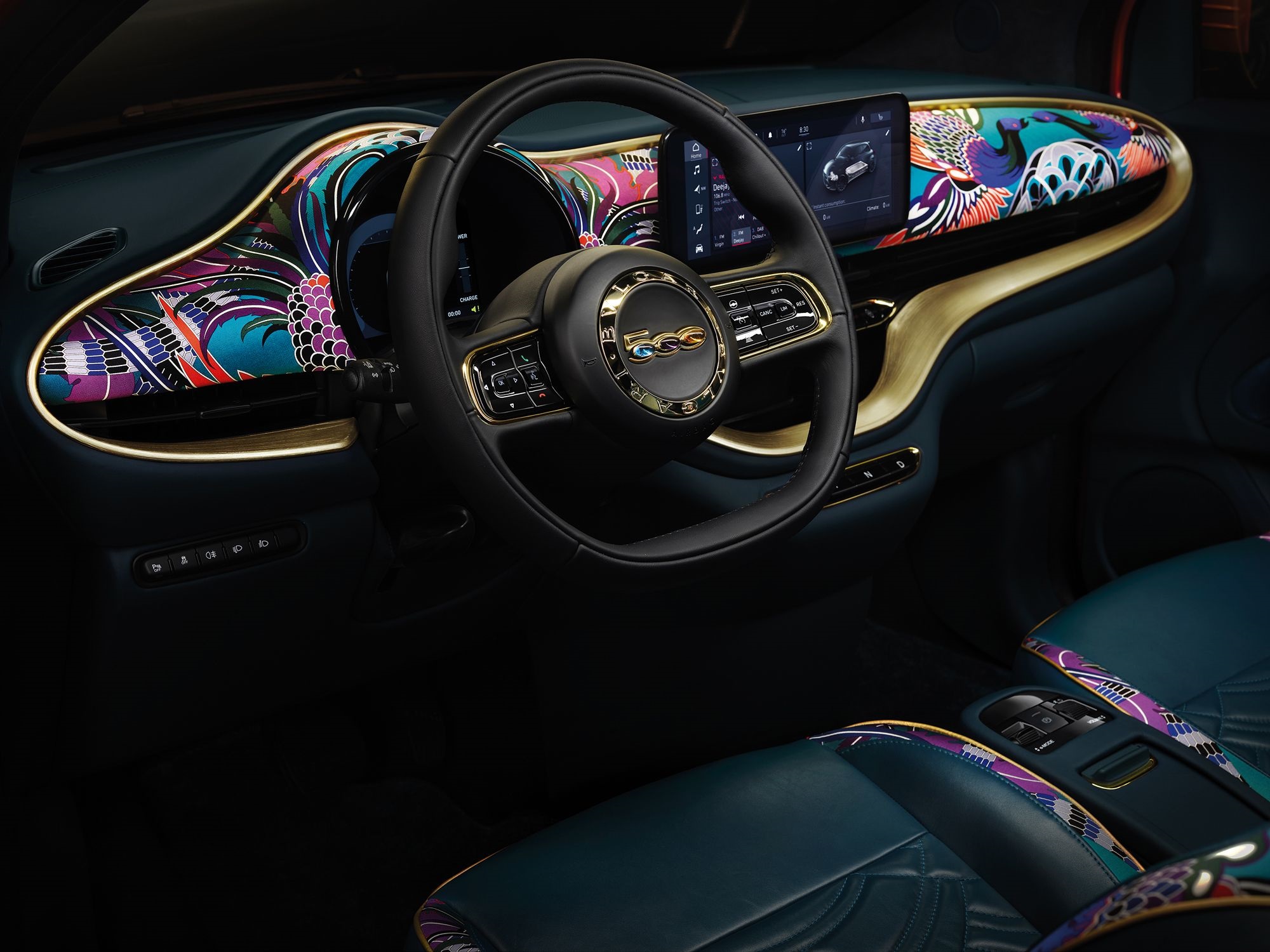 While we wait to hear about official specs, we can take a peek at what Europe is already getting. Over there, you can get your electric Fiat 500 with a 42 kWh battery (37.3 kWh usable) coupled to a 117 HP motor. That setup is good for a 60 mph sprint in 9 seconds and a Europe WLTP range of 199 miles. It also comes with 85-kW DC fast charging, and Fiat says that it can get from a zero percent state of charge to 80 percent in 35 minutes. The automaker goes further, saying that you could get 31 miles of charge in just 5 minutes.

As of now, there’s no information about what the American version will have, but our David Tracy did get a shot of some hardware:

Fiat says that the new 500e will make a debut at the 2023 Los Angeles Auto Show before first deliveries go out in early 2024. Order books are expected to open six months before deliveries begin.

One thing’s for sure, this car is a big deal for Fiat. In 2014, former FCA CEO Sergio Marchionne infamously told people not to buy the last Fiat 500e. Apparently, the company lost $14,000 on each one sold. And that was with Fiat selling them for $32,000 each and giving owners less than 100 miles of range. Hopefully, this new Fiat 500e could do what the last couldn’t.

Mercedes is a lifelong fan of all things powered by an engine. When she isn't driving one of her five Smart Fortwos or her 14 other vehicles she could be found in the cockpit of a Cessna 172 or perhaps swimming in any body of water that she could find. She also has a deep love for buses of all kinds. Please send her buses. mercedes@theautopian.com Instagram: @mistymotors Twitter: @Miss_Mercedes30 Facebook.com/neonspinnazz
Read All My Posts »
PrevPreviousThe Toyota bZ Compact SUV Concept Previews Toyota’s Future With Dazzling Curved Screens
NextThe 2024 Subaru Impreza Revives The Impreza 2.5 RS And Kills The SedanNext