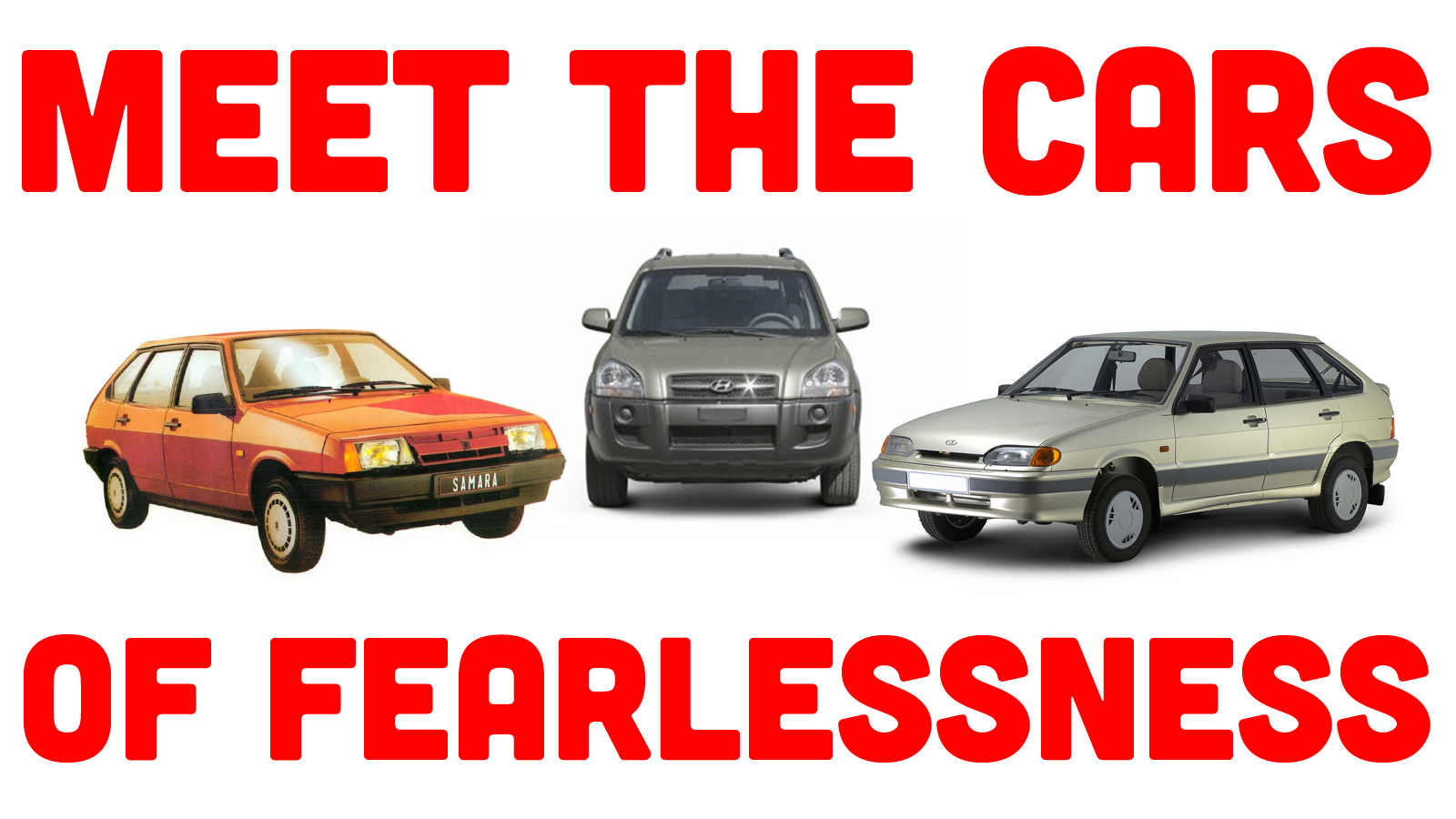 I suspect by now almost everyone has seen the remarkable video of iron-gonad’d Ukrainian motorists driving through an orderly grid of deadly landmines, slowly and carefully, but notably without the uncontrollable sobbing and shrieking and violent pants-shitting that would be the go-to of nearly everyone else I’ve ever met, myself included, in a similar situation. Everyone who watched it likely had the same question in mind: Do I need to see a doctor to have my sphincter surgically unclenched? Really, the question you should be asking is: “What are these cars that these fearless people drive?” That’s the first thing that came to our minds here at The Autopian.

In case you somehow haven’t seen the video yet, here it is:

Holy shit, right? Did you see the one with the trailer? Have you ever driven with an empty trailer? They feel about as stable and controllable as dragging a coked-up toddler behind you through the candy section of a grocery store; this Ukrainian was towing that trailer through a literal fucking minefield.

Sure, there looks to be enough room and a straight, if diagonal path through those mines, but the nerves you need to have to even give this a go are absolutely impressive.

So, if you find people with steely nerves role models and wish to emulate them, why not follow their automotive example? Everyone’s been showing these videos of daring driving, but so far, nobody has properly identified the cars! Let’s solve that.

Here’s what the three cars shown in that video are: 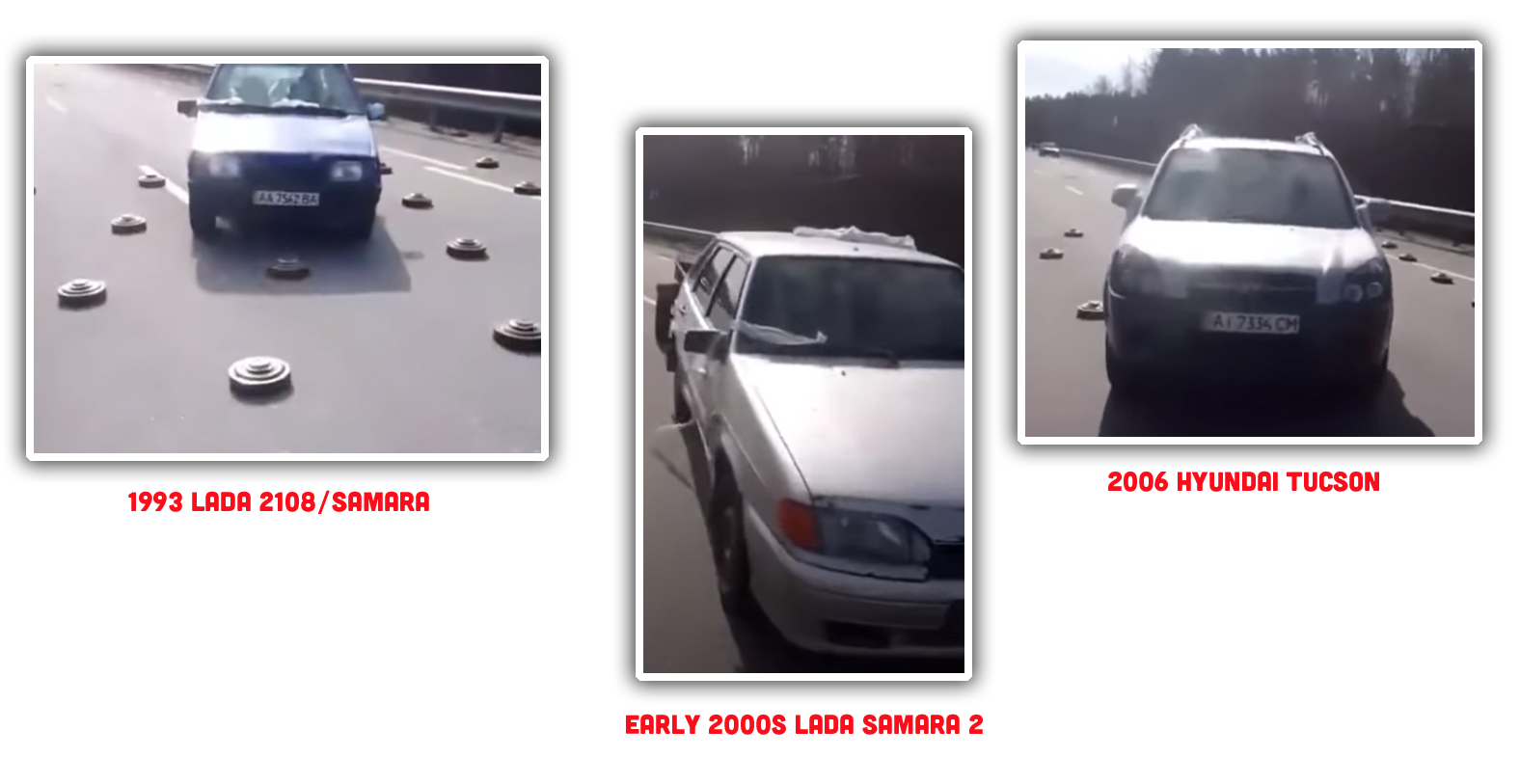 Ironically because it was thanks to Russia that all of this misery is happening in the first place, two of the three cars are Russian, specifically the VAZ-2108, also known as the Lada Samara. AvtoZAZ in Zaporizhia, Ukraine also built these, so these could be from the Zaporozets plant, famous for the charming rear-engined ZAZ-965 and ZAZ-969.

The Samara was the first modern front-wheel drive car built in the Soviet Union, starting in 1984, and as inspiration designers and engineers were looking at Western European cars like the Volkswagen Golf, Renault 9 (which we saw in AMC dealers in America as the Alliance and Encore), Volvo 340, and others. The result was a modern, but kind of Soviet-clunky/robust FWD hatchback. 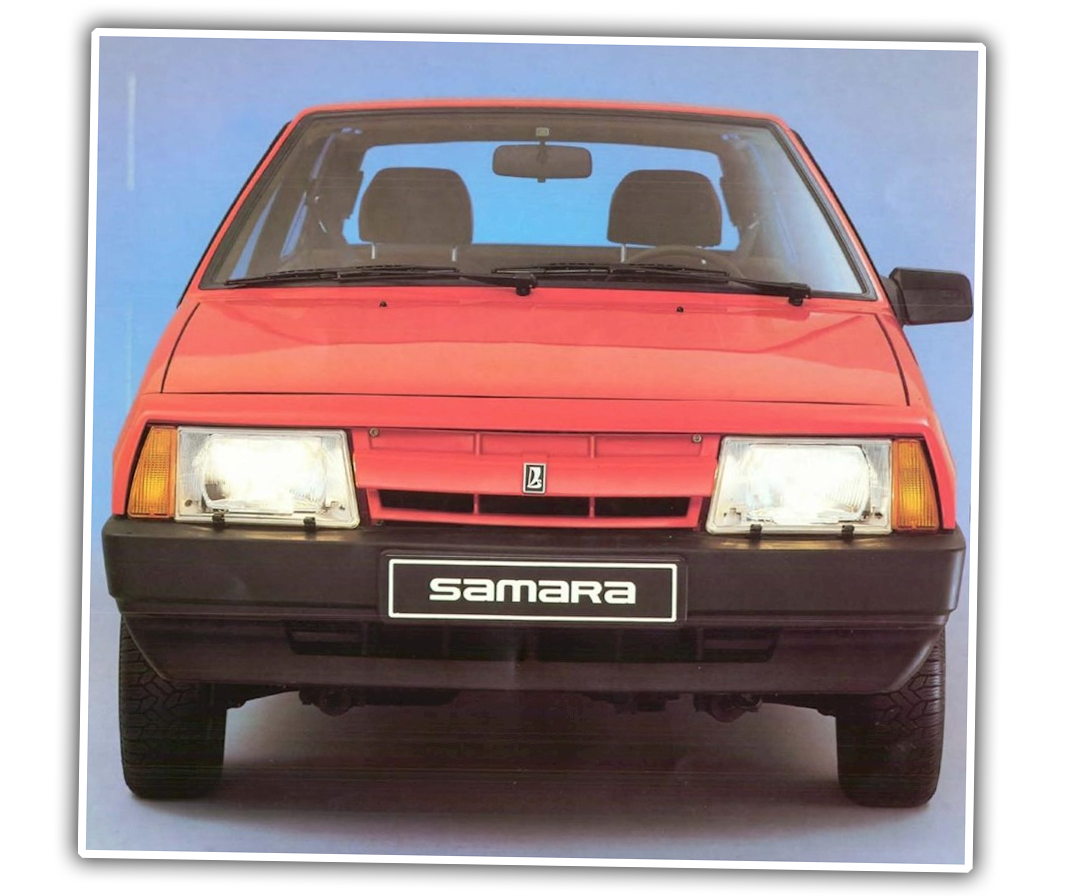 Early ones had that strange, not-fooling-anybody closed-off upper grille, but the one in the video appears to be a 1993 one, which had the all-black grille.

The car with the trailer is a Samara 2, which came out in 1997 and featured a facelifted front end with new lights, grille, and all of that, in prime, worn-soap late ’90s style. Behind the new face was an updated 1500cc engine and a gearbox with a decadent fifth gear, like what a Czar would have, or something.

The third car in the video is a Hyundai Tucson from 2006, and of all the cars, those are likely most familiar to our American readers.

In Hyundai’s native South Korea, the 2006 Tucson was positioned more as a car to navigate the metaphorical minefields of looking fantastic while breaking up with someone in a really public, dramatic way, as opposed to just driving through a literal minefield, as seen in this commercial:

I feel like she should have done the ring drop in the restaurant too, maybe into the new girl’s drink, or something?

That doesn’t matter now, though–I’m sure everyone in that commercial has moved on to new, fulfilling relationships. What matters is that if you want to seem like you have the neutron-star-hard balls/ovaries of a Ukrainian driving through a minefield, get yourself a Samara or a Tucson.

I'm a co-founder of the Autopian, the site you're on RIGHT NOW! I'm here to talk to you about taillights until you cry and beg me to stop, which I absolutely will not. Sorry. Hug? Also, David's friend.
Read All My Posts »
PrevPreviousA Look At Small-Town American Car Culture: Ralph, Diane, And The 331,000-Mile Supervan
NextCold Start: The Spaceship You Use To Get GroceriesNext