This Chinese Microcar Is The Tiny EV You Secretly Really Want

I know it’s bad form to start a piece of writing with a bad attitude, but I really can’t stand the Wuling Hongguang Mini EV. Listen, I can understand its appeal; it’s charming little cube-like design, a base price that is about as much as a family of four would spend at a T-Mobile store on matching iPhone 14s. But, like, it’s not a real car, is it?

Sure, it’s got four wheels, a motor, and some modern conveniences, but underneath, it’s a “car” largely in the sense it can move under its own power. It’s very slow, and can’t go very far, and both Chinese and Western journalists alike have derided its kind of crude design. I mean, it’s a tiny car, only about 10 inches longer than a Smart Fortwo, with a three-link solid axle like what you’d find on a very cheap light truck. And it has no rear bumper, meaning that even acute rear crashes put the car at serious risk. To top it all off, it can’t fast charge, it doesn’t handle well, the heat sucks, and it can barely go 60 mph.

We don’t need the Wuling Hongguang Mini EV. What we really need, as I learned at the Paris Motor Show, is the Leapmotor T03. 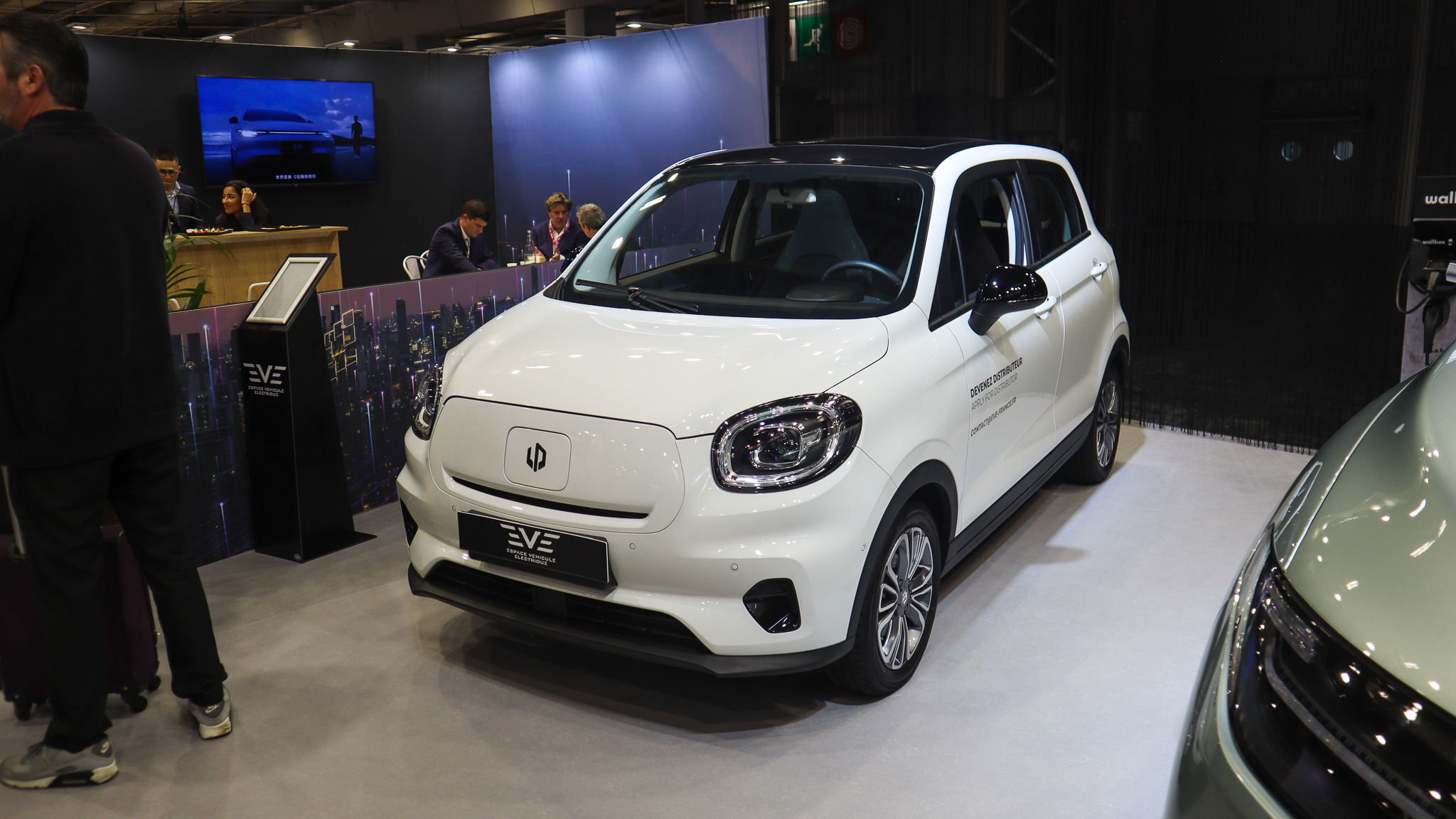 I’ve watched Leapmotor from afar for a while now, obsessing watching for the past 15 years as I moved from high school to college, and now as a working automotive journalist, as China went from making cloned crap to some truly world-class vehicles that serve the needs first and foremost, of Chinese people. Leapmotor kind of came from left field, although, I guess with the sheer number of EV startups in China, it’s not that far from left field. The brand started with a small EV sports coupe that to me, looked like a Ford ZX2 run through a cyberpunk DALL-E filter. Most recently, the brand pivoted to bigger luxury-oriented SUVs and sedans, but before that, it introduced a small city-oriented EV that wowed a lot of folks: the T03.

From what I gather, the Leapmotor T03 would be in the same class as the Wuling Hongguang Mini EV, but the T03 is more than double the price, competing against more expensive tiny EV offerings from GM-backed Baojun. As it should be, it’s double the car. It has double the power, and double the battery, and the interior doesn’t look to be made of plastic wasn’t good enough to be recycled. The car has been wowing journalists; Eliot from Fully Charged had glowing impressions of the car. But, seeing is believing. A car that photographs and videos well might be significantly less impressive in person.

I got the chance to find out for myself. I was at this year’s Paris Motor Show, strolling around the somewhat empty convention center. Tucked away in the corner, near the BYD and DS (Citroën) stands, sat a French importing company that had a few Leapmotor products it had planned to port to the French EV market. The Leapmotor C11 EV SUV was locked and off-limits, but the super cute T03 was free to be pawed through.

From my initial quality perception, the Leapmotor was as impressive as English-speaking outlets have claimed. 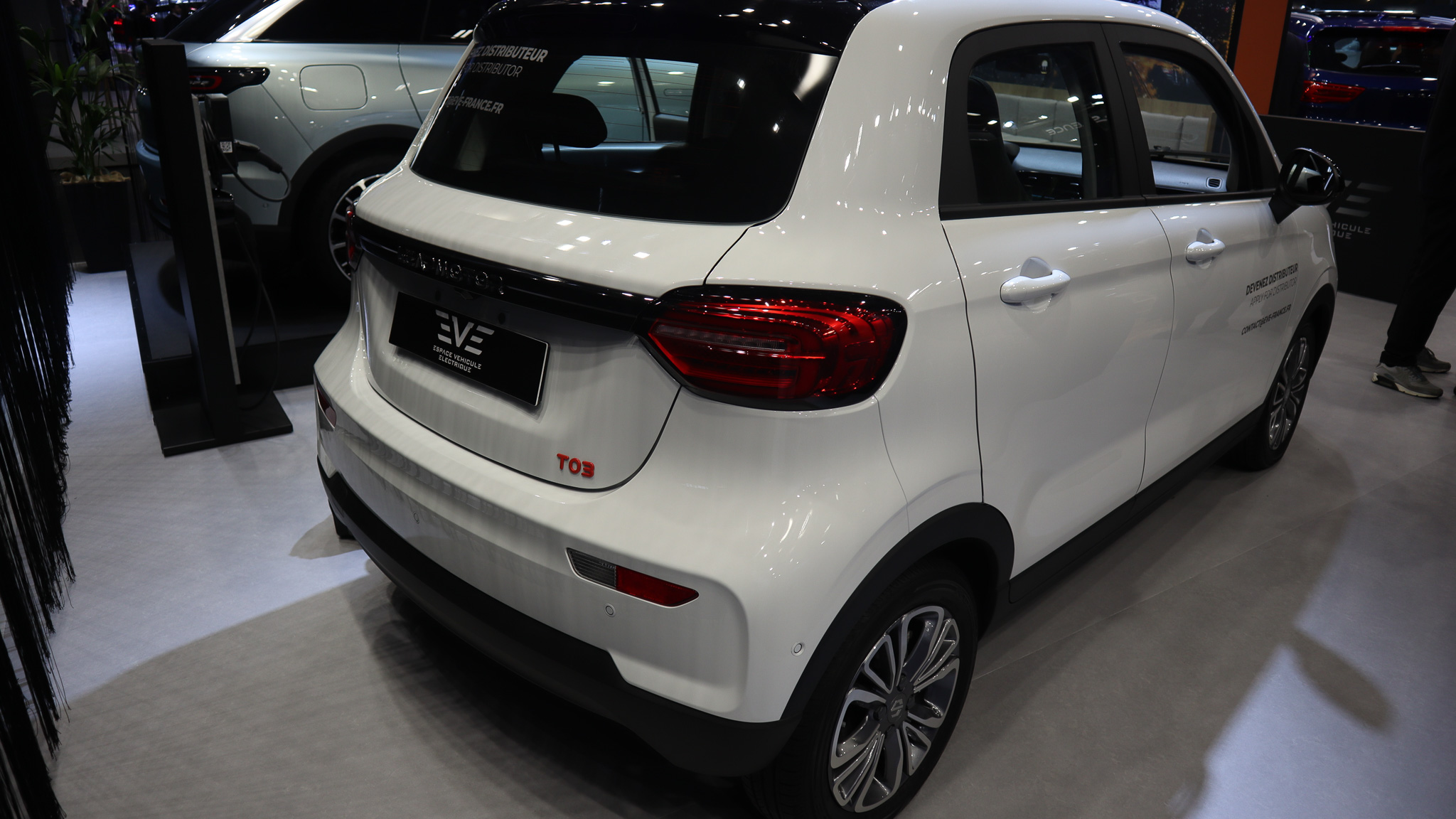 Compared to the Wuling Mini Hongguang EV, the Leapmotor T03’s front-motor, front-wheel-drive design is pretty standard to nearly small EVs, but remember, cars like the Hongguang Mini EV seem to have platform designs that are more akin to Jason’s Changli, rather than, say, any given subcompact car, ever. The T03 uses pretty substantial MacPherson struts up front, instead of some shit that looks stolen from a cheap scooter. The rear uses a pleasantly benign semi-independent torsion beam rear axle, instead of a chicken-leg skinny solid rear axle with a motor the size of a Conair hair dryer that feeds directly into it. Hell, the battery is even liquid-cooled, not just cooled by essentially a box fan on top of the battery, or nothing at all, which is common in very cheap EVs. This is a real car, folks.

Inside, the ergonomics are usable, reminiscent of, say, any number of tall city cars like the Fiat 500. Plastics fit well, although they are hard – but what do you expect from such a cheap car? The UX on the infotainment screen and gauge cluster was really speedy and very easy to use. The trunk and back seats are reasonably spacious for how tiny the car is, and overall it just shows that the designers at Leapmotor thought about what matters in a tiny, cheap EV.

My French is just as bad as my Mandarin, meaning I can’t speak either, but I did notice that the French-market Leapmotor T03 has had a few engineering changes to make it suitable for French roads. I tried to reach out to Leapmotor’s official channels, but they’re being a bit mum about the changes the car has had for Europe. Still, I can use my eyes; the Chinese market T03 only has a 36 kWh battery and a 75 horsepower motor, and it’s also limited to around 65 mph.

Yet I noticed that the T03 on display had a bigger battery (41 kWh), and a bigger motor, good for 109 horsepower. It looks like the Chinese market gets both variants, but it appears that Leapmotor is leaving the standard version back home. I’ll bet the European T03 is capable of speeds more suitable to Western freeways, given the bigger electric motor. The importer claims it should be rated for 280km (173 miles) on the WLTP cycle, also pretty damn respectable for a tiny car. 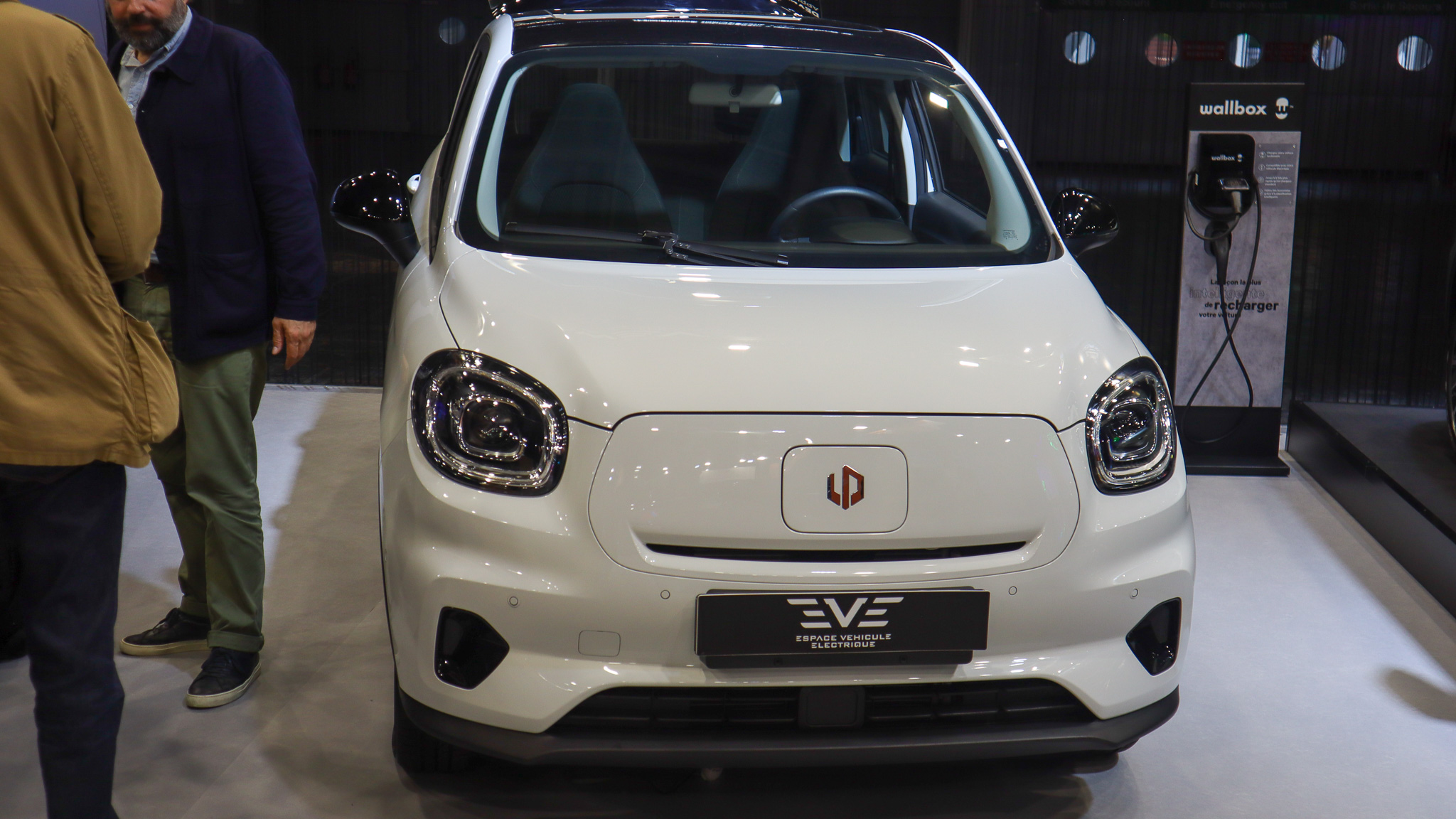 I feel so silly being obsessed with this dumb little car. It’s on the dull side of stylish, and it’s maybe more than a little inspired style-wise by the Smart ForFour. Yet, the car’s ethos is refreshingly basic; it’s a tiny, well-made small car that doesn’t seem to have any strange compromises. It can go on the freeway, it’s easy to park, and it’s not too expensive — the complete anthesis to big-ass EV hypertrucks that investors and brands have collectively decided that we’ll all be driving in the near future.

I’m gonna need one of the OEMs to do more cars like the Leapmotor T03, please.

Kevin Williams is an automotive journalist based in Ohio. His writing has appeared in Road & Track, Jalopnik, AutoGuide and many other places.

All photos via Kevin Williams

Why People In Japan Are Reportedly Hoarding Supercars

Why China Sold Four Different Generations Of Hyundai Elantra In 2016

Read All My Posts »
PrevPreviousGran Turismo Is 25 Years Old Today: What Was Your Favorite Car?
NextJapanese Tuning House Liberty Walk Is Bolting Overfenders To A Real Ferrari F40Next