Facebook-f Twitter Instagram Rss
Menu
Menu
Home » To The Arrogant Rich Guy Who Tried Pressuring Me Into Selling My Car: Get Bent

To The Arrogant Rich Guy Who Tried Pressuring Me Into Selling My Car: Get Bent

“Knock… knock… knock knock… knock…..knock knock” someone banged loudly on my front door, clearly going for the “Pop Goes The Weasel” beat. I looked over to find a man I’d never seen before; I motioned to him that I’d be there in a second, as I was on a phone call. A few minutes later, I walked outside and greeted the stranger. “Hey, I’m into classic cars. I might be interested in something,” he said.

I found this a little odd. Sure, I have nine cars outside my house, but given how bad some of the project cars look, I strongly doubt anyone would really mistake me for a dealer. Maybe this random guy was a reader who wanted to see my fleet? This happens fairly often — someone who follows my articles is driving by, sees my cars, and decides to say hello. I usually greet them and give a nice tour of my collection; in some cases, we become besties. It’s pretty great. Miraculously, in zero cases thus far have my organs been harvested and my body haphazardly dumped into the mud pit in my backyard.

Luckily that didn’t happen this time, either, though something about this dude did make me feel a bit uneasy.

(Before I go on, I’ll just mention: I like to give people the benefit of the doubt. This guy could be reading this article, and I’d feel pretty bad if I made him feel upset in any way, but I’m writing this because of how he made me feel, and because I think what he did next is something we’re seeing a lot of in the classic car world. And it’s not okay).

As I began giving a tour of my cars, we got to the backyard and I pointed out my beloved Willys FCs. He showed zero interest. I pointed out my 1979 Jeep Cherokee Golden Eagle — a real beauty — and my daily-driver 1985 Jeep J10 pickup (also a beauty). He showed no interest there, either. I wasn’t really sure what was going on at this point; if he was a reader, surely he’d dig at least one of these soulful junkers, right?

“So how much?” he asked me, pointing to my brother’s beautiful Candy Apple Red 1966 Ford Mustang. “Haha, that’s not for sale,” I answered. 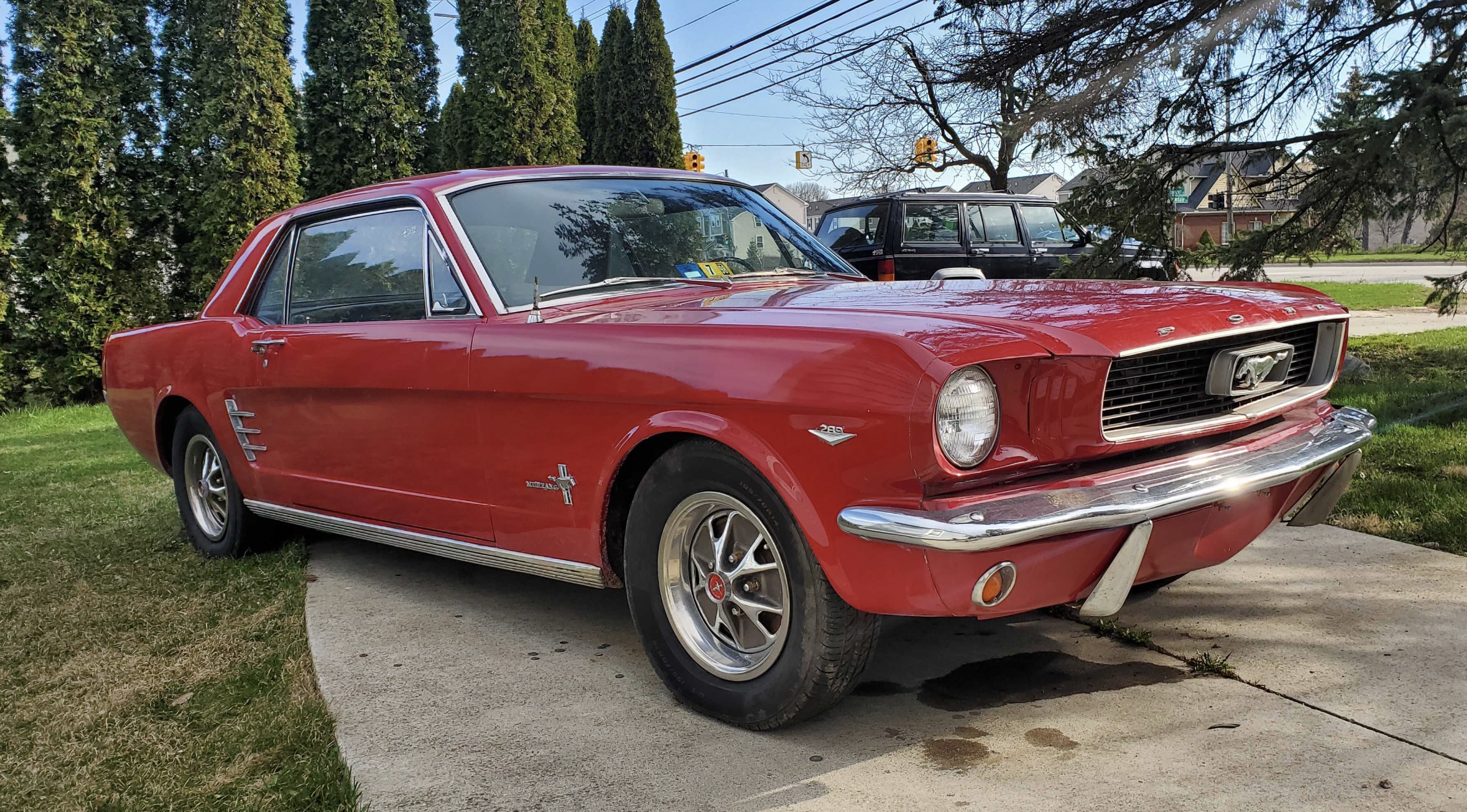 He got serious. “No seriously, how much?”

He began looking under it. “Woh it’s pretty solid. There’s some rust here and there, but it looks good. I want to buy it. How much will you sell it for?”

“It’s…” I began to say before he jumped in. “Look, everything is for sale at the right price, and I can offer you quite a bit. How much will it take for you to sell it to me? I’m in town from California and I’m going back tomorrow. I want to go back with this car.”

His reply: “Let’s just call your brother right now and see what he’ll sell it for. It’ll be cash.”

I responded, telling him that my brother lives in Hong Kong.

After telling the guy that it’s 5:30 A.M. in Hong Kong and that my brother is asleep, he asked for my number and told me to get back to him with my brother’s response. Then, after looking at the car for a bit longer, he left.

I’m writing about this because I’ve heard of this kind of thing happening before. Someone’s driving their dream car down the street, and the car catches the eye of a well-to-do person, who offers up a blank check. “I want that car. How much do I have to pay to get it?” they ask someone who’s not really interested in parting ways with their machine. Sometimes that’s totally cool, and the prospective buyer either says “I understand that you don’t want to sell it, but here’s my number” or they end up striking up a deal right there, and everyone’s happy.

But what made my exchange with this random guy feel demeaning was what felt like a lack of empathy. It was his insistence that this car is for sale despite my words communicating otherwise. Here’s a guy looking into the eyes of another man his age, and saying: “I want what you have. Because I have money, I’m going to get it. Now tell me how much.” There was very little compassion and a whole lot of entitlement; never mind that this car represents a strong connection between my older brother — for whom a 1960s Mustang has been a dream since he was 10 years old — and me. Never mind that I put many weeks of blood, sweat, and tears into getting this thing running and driving like an absolute dream.

This red Mustang was something he wanted (presumably so he could post some sick photos to his Instagram), and since he pegged me as someone who has less money than he has, he was convinced that he could influence me to part ways with it.

I want to make clear that the general bones of this situation are totally fine. This kind of thing is happening on Bring a Trailer every day — rich people are buying up the middle class’s dream cars. Do you want a Jeep Grand Wagoneer? Ten years ago you could get one, now you can’t. They’re in the hands of the rich. Do you want a nice manual Jeep Cherokee XJ? Too bad, the people who like those have money, and they’re throwing it around. Are you a middle class-er interested in an air cooled 911? Unless you snagged one up 15 years ago, you can forget it. You’ll be outbid.

There’s nothing wrong with any of this. This is all economics; if car-lovers come into money, that’s great, and if rich people get into cars, that’s awesome, too — I want everyone to be into cars. And I realize that many of you reading this article are in high-income households; I think that’s fantastic. The issue I have is that this particular rich guy (I’m assuming he’s rich based on him so freely throwing money around) didn’t approach this situation with the sensitivity it deserves. He didn’t understand that this Mustang isn’t a washing machine; people see cars differently. They attach emotion to them; so when you try to pressure someone into selling something their heart is invested in, and say things like “Everything is for sale,” not only does it display a sense of entitlement, but it’s a bit presumptuous about the other person’s economic status relative to yours, and most importantly it trivializes the emotional relationship the person has with that car.

So no, random arrogant guy who dropped by yesterday, the Mustang literally isn’t for sale. Take that little slip of paper onto which you’re about to scribble a number that a cheap bastard like I would find impressive but that you make every time your Christmas bonus check rolls in, crumple it up, and shove it up your ass.

Okay, maybe that was a little too harsh. But you get the idea. I’m keepin’ the ‘stang.

Rust-loving Jeep man, cofounder and EIC of The Autopian, Jason's friend. Email: david@autopian.com
Read All My Posts »
PrevPreviousThree Times GM Did Good Things With License Plates
NextToyota Announces A Manual Transmission For The GR Supra, Finally Giving The Internet What It WantsNext