Welcome back to another exciting edition of Shitbox Showdown! Today, we’re seeing double as we look at two pairs of mini-trucks, each for sale for one low price. But first, we need to finish up with yesterday’s overcomplicated Germans:

The big Volkswagen, eh? It sounds like rarity won out over panache in this case. And it’s a good point – you’re more likely to see another sketchy Cayenne for sale long before another Phaeton crosses your path.

Now, the big difference between yesterday’s projects and today’s is that while you couldn’t pay me to take either of yesterday’s choices, I’d happily tackle either or both of today’s projects if I had a place to put them. Both are two-for-one deals on compact trucks from the early ’80s, and either pair has the potential to yield at least one really fun little truck. Let’s take a look. 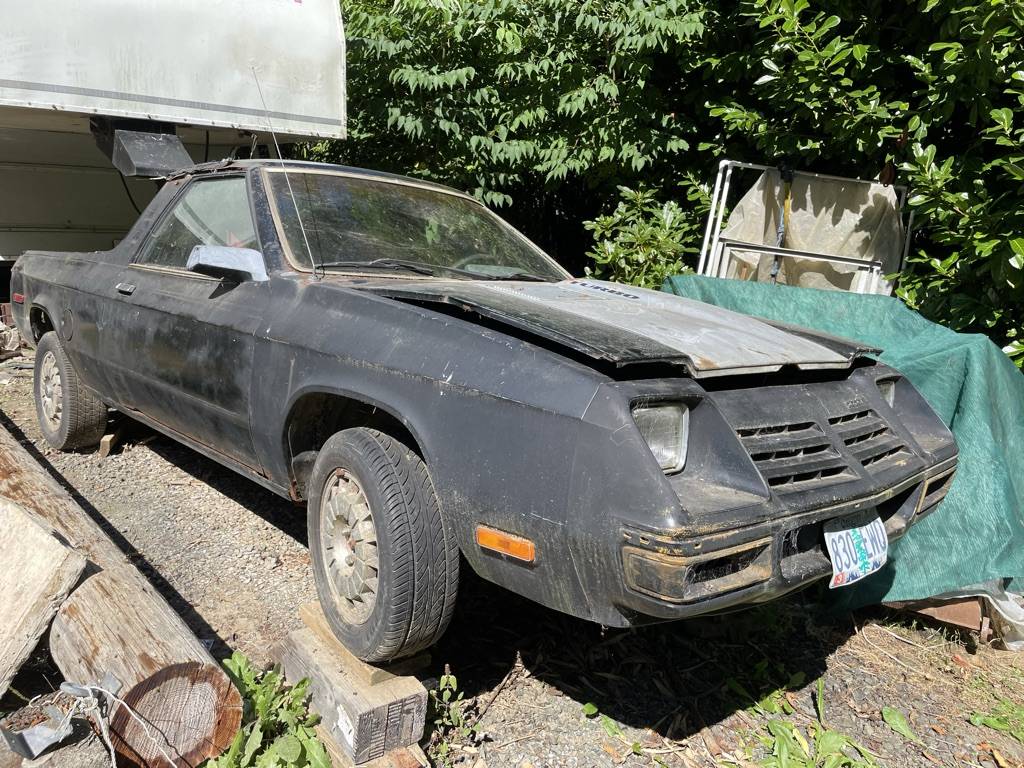 Runs/drives? Starts, but needs a fuel pump to run (no engine in parts truck)

Silly David. He went all the way to Australia to wrench on a pair of rusty Chrysler-made utes, when we’ve got a pair of them right here in Oregon! And they actually look marginally better. 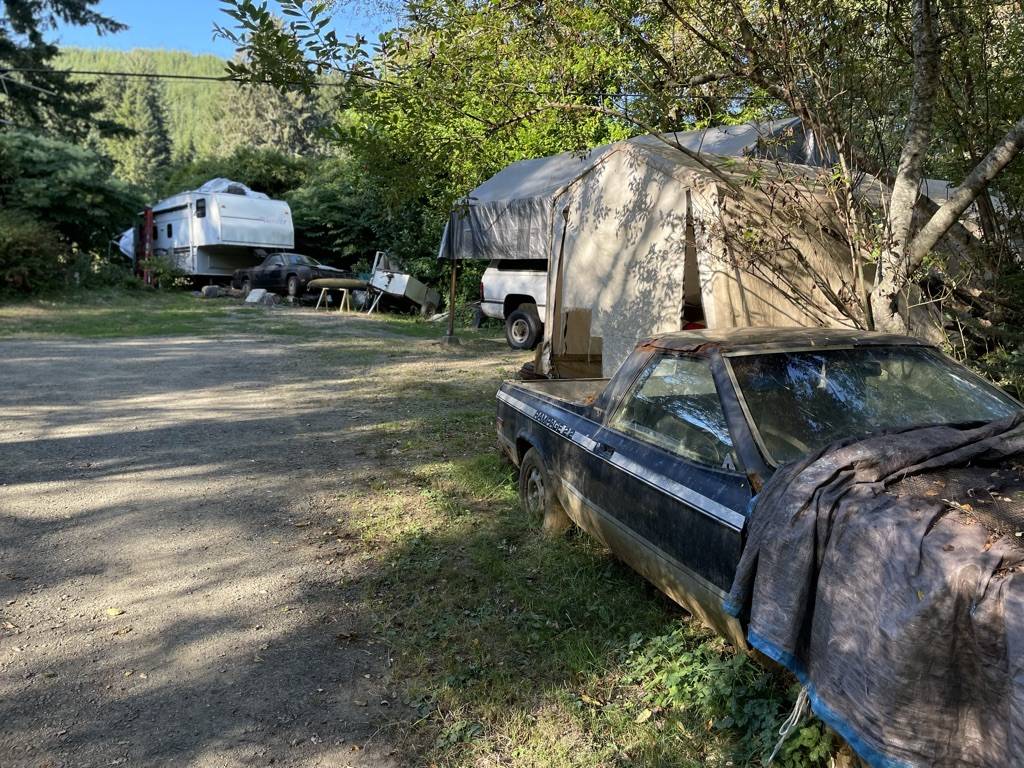 OK. Only marginally. But still.

It’s no secret by now that I have a somewhat perverse attraction to ’80s Chrysler vehicles. And this is one of my favorites. For three years only, 1982-84, Dodge lopped off the back half of the L-body Omni 024/Charger and grafted on a pickup truck bed to create a stylish little ute, sort of a miniaturized version of Chevy’s El Camino. And for 1983, Plymouth came along for the ride with a version badged as the Scamp.

You may laugh at the notion of calling this a “truck,” but the EPA classified it as such, and it has a payload rating of 1,145 pounds, less than contemporary body-on-frame small trucks, but nothing to sneeze at. You won’t move mountains with it, but for most small-truck duties, it has plenty of capacity. 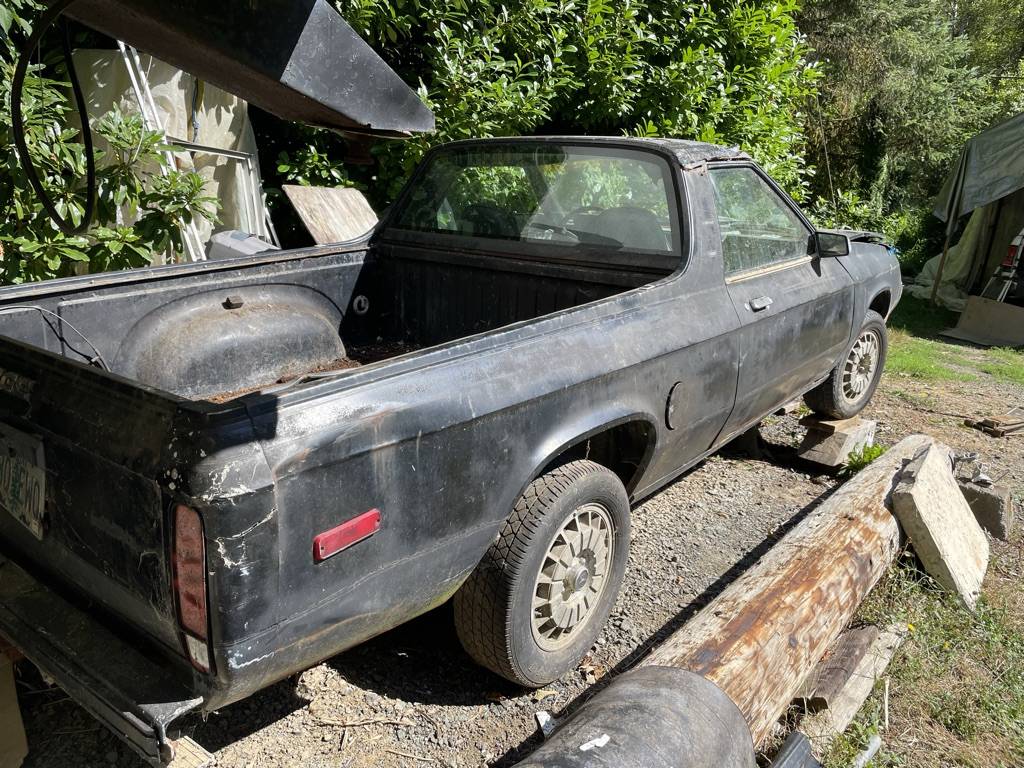 This sale is for two Rampages. This black one is the better of the two, intact, with a four-speed stick. It runs, according to the seller, but has a bad fuel pump. The fuel pump on this is mechanical, easily available, and a cinch to replace; I think the seller just wants it gone. Or someone in the house does. 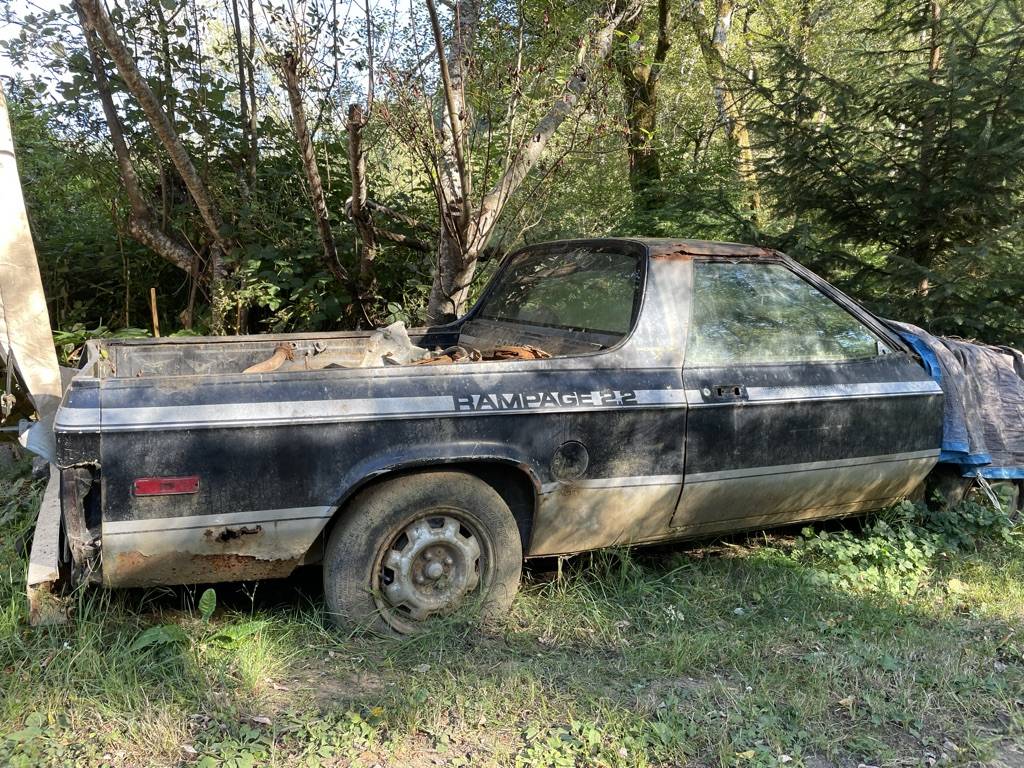 The second Rampage included is described as a “parts truck,” and even that may be generous. Too bad, because it has the cool “Rampage 2.2” graphics on it. But the seller says it was “damaged by flood and crazy ex-girlfriend.” Whether those two events are causally connected or simply coincidental isn’t specified. But there are some useable parts on it, particularly the five-speed manual, which gives it an overdrive fifth and much better overall gear ratios. Yank the gearbox, and whatever glass and salvageable trim you think you might need, and scrap the rest, I would say. 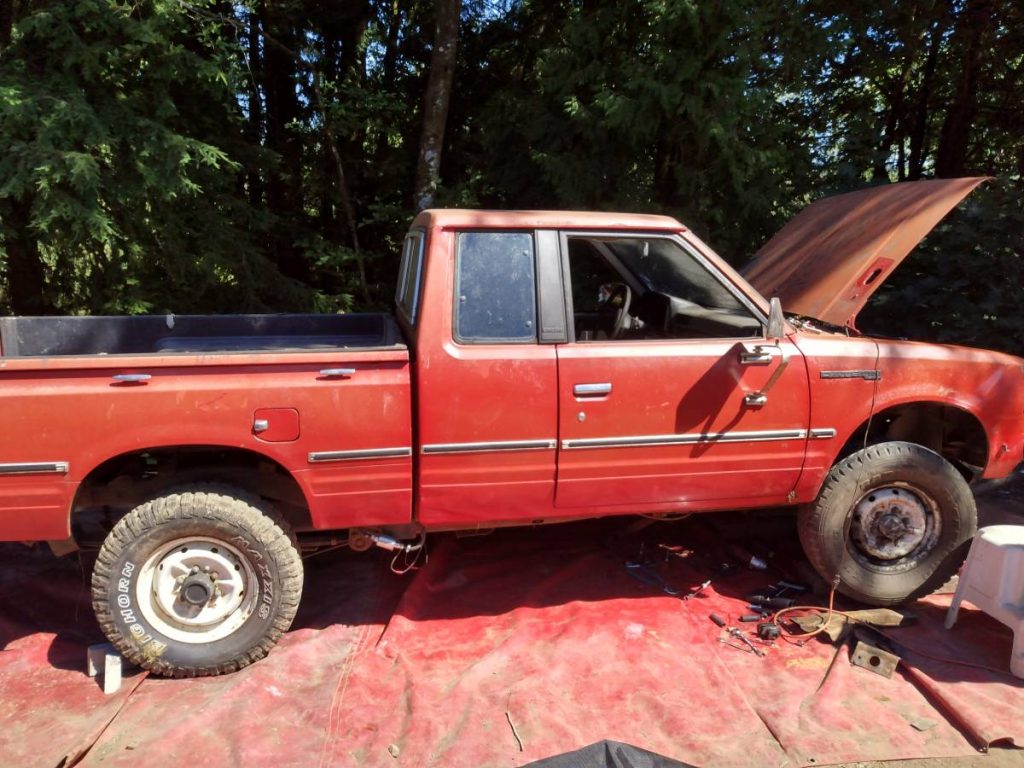 Runs/drives? Both run, one needs a clutch and the other has gearbox problems

The Datsun (later Nissan) 720 series pickup is another vehicle with which I have personal experience. I bought one for $800 in the depths of a bitterly-cold Minnesota winter when I lived in Duluth. It was half-buried in a snowbank when I went to look at it, and it was -25F out. The truck started right up, heaved itself out of the snowbank without help, and I said, “I’ll take it.”

These trucks are both powered by the NAPS-Z (Nissan Anti-Pollution System) engines. These engines aren’t as famous as Toyota’s 20R/22R truck engines are, but they deserve to be. They’re single-overhead-cam, chain-driven, with two spark plugs per cylinder, maddeningly using different plugs for the intake and exhaust sides of the head. (Don’t mix ’em up, either.) But apart from that weirdness they’re sturdy, efficient motors that last for eons if cared for, and half an eon if abused. 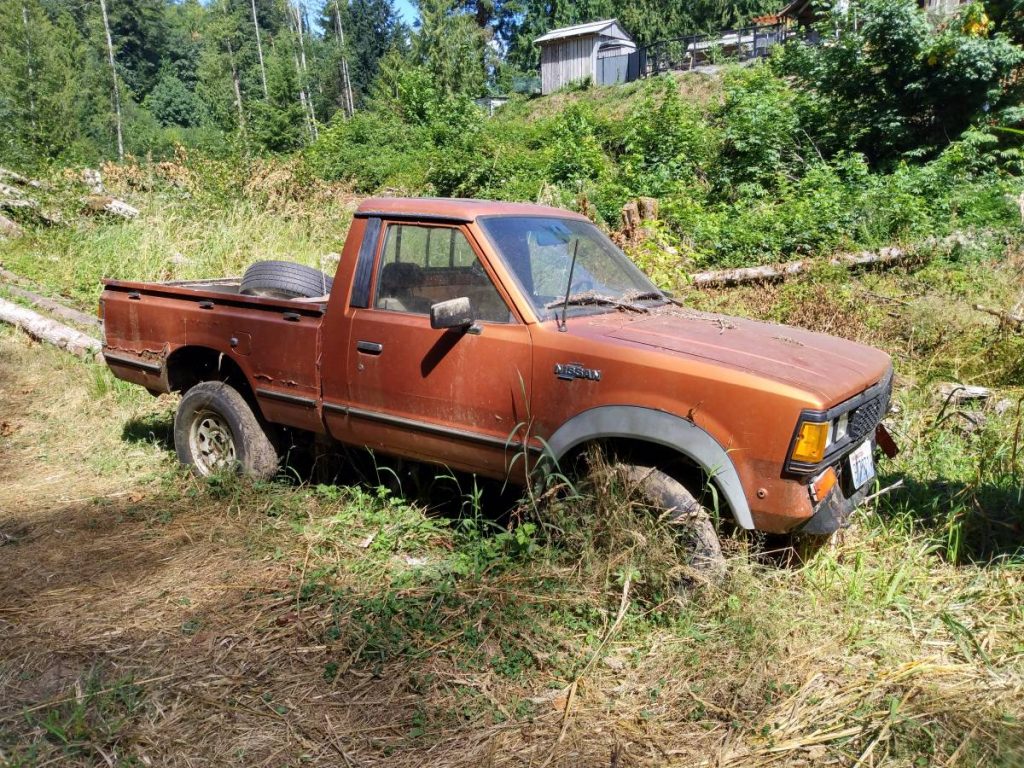 The seller only included one photo of each truck, so what you see is all I know. The ’82 King Cab pictured above looks to have a slightly better body. It has a bad clutch and a broken windshield, according to the seller. This ’83 standard cab, which if it were dark blue would be the spitting image of my old truck, has an unspecified “bad tranny,” but includes a replacement. It’s a little more work getting the gearbox out on a 4WD truck, because you have to get the transfer case and front driveshaft (and the front suspension torsion bars, if memory serves) out of the way, but not impossible.

For two grand, this package sounds like it’s worth a closer look, actually. The seller says you could easily make one good truck from these, but I bet you could get both of them going, pick which one you like  better, and then sell the other one, and probably recoup what you spent. Free truck! If only I had a place to work on them…

Pacific Northwest-based self-taught DIYer of all the things. Current fleet: 1971 MGB GT, 1989 Chevy K1500, 2013 Chrysler 300C, 2003 Infiniti QX4, and 1966 Aristocrat Land Commander trailer. Not to mention about 40 RC cars and around 100 model kits...
Read All My Posts »
PrevPreviousYou Can Buy A Tiny Helicopter That Costs Just $35,000 And Could Fit In Some Garages
NextYou Can Buy A Mercedes E63 AMG Wagon For At Least One More YearNext