Facebook-f Twitter Instagram Rss
Menu
Menu
Home » Your Scientists Were So Preoccupied With Whether They Could, They Didn’t Stop To Think If They Should: Nissan Z Becomes A Crossover 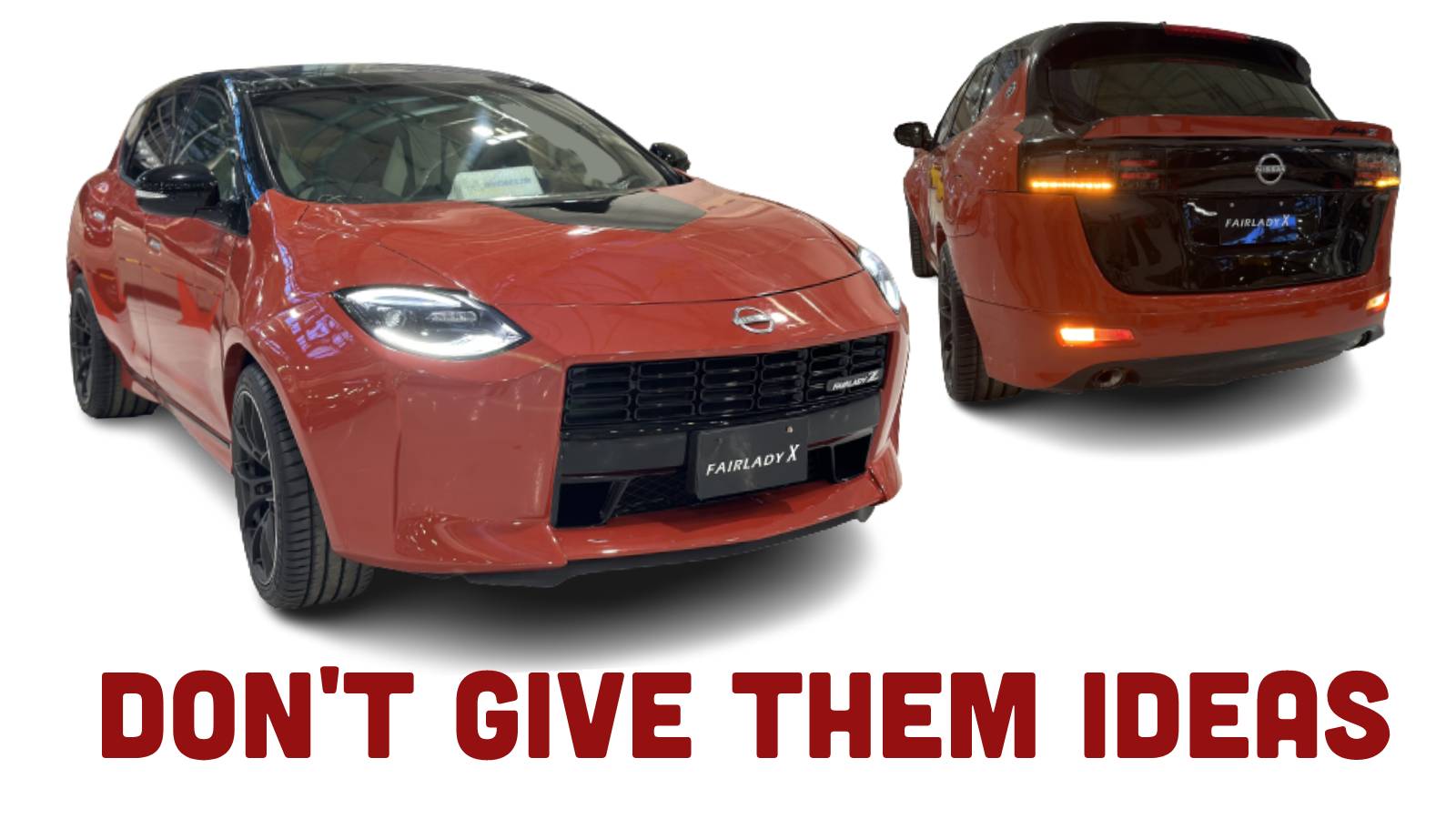 We love the new Nissan Z, don’t we, folks? It’s the beautiful go-fast Z sports car of our dreams, packed with Millennial-baiting Z32 nostalgic style and the twin-turbo V6 engine it probably should’ve gotten five or six years ago. It is a dynamic coupe packed with driving enjoyment and the good noises. So why did a bunch of Japanese students turn the gorgeous Z into a crossover?

Chaos. Pure chaos. That is all I can assume here. And while I appreciate their industrious effort, I fear greatly that this design will give Nissan some ideas that we aren’t prepared to deal with. 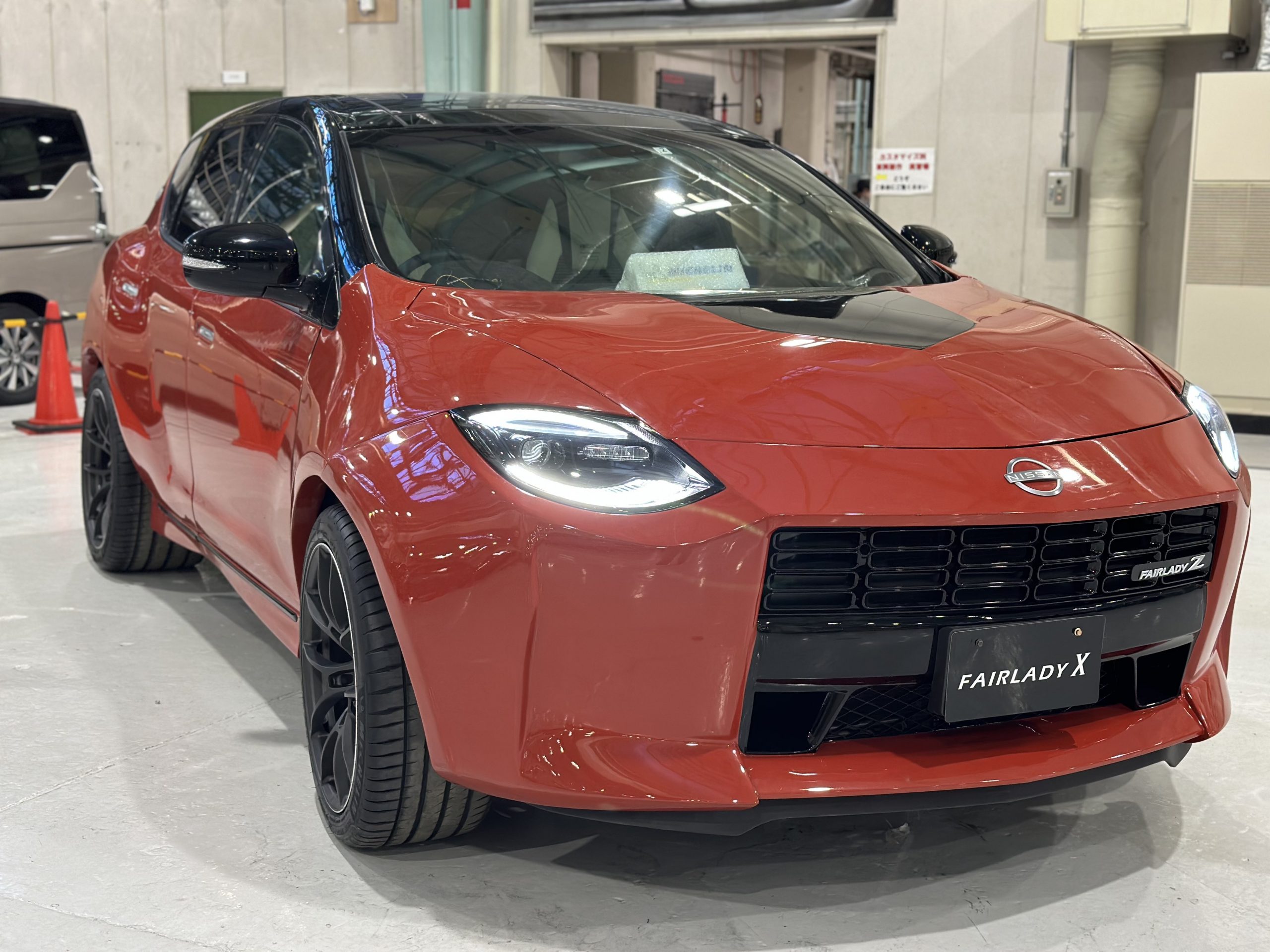 Meet the Nissan Fairlady X. Don’t freak out, it’s not a production car—yet. As spotted by CarScoops, it’s a one-off development from the students at Nissan Automobile Technical College (aka Nissan Gakuen) that will be shown at next month’s 2023 Tokyo Auto Salon. That’s a kind of Japanese SEMA, complete with the manufacturer and tuner shop participation, and it’s not uncommon to see some wild builds there.

But I don’t know how people will react to turning the lovely new Z into a crossover. And there’s even more potentially upsetting news: the body’s based on a Murano, not a Z. Sorry to be the one to break this to you. I’ll be here if you need to take a moment to gather yourself.

“Based on Nissan Murano! Fairlady X, the SUV version of the new Fairlady Z (RZ34), will be exhibited at Tokyo Auto Salon 2023! The body color is Z432R style extreme orange x black 2 tone,” the tweet below reads, according to a quick Google Chrome translation. 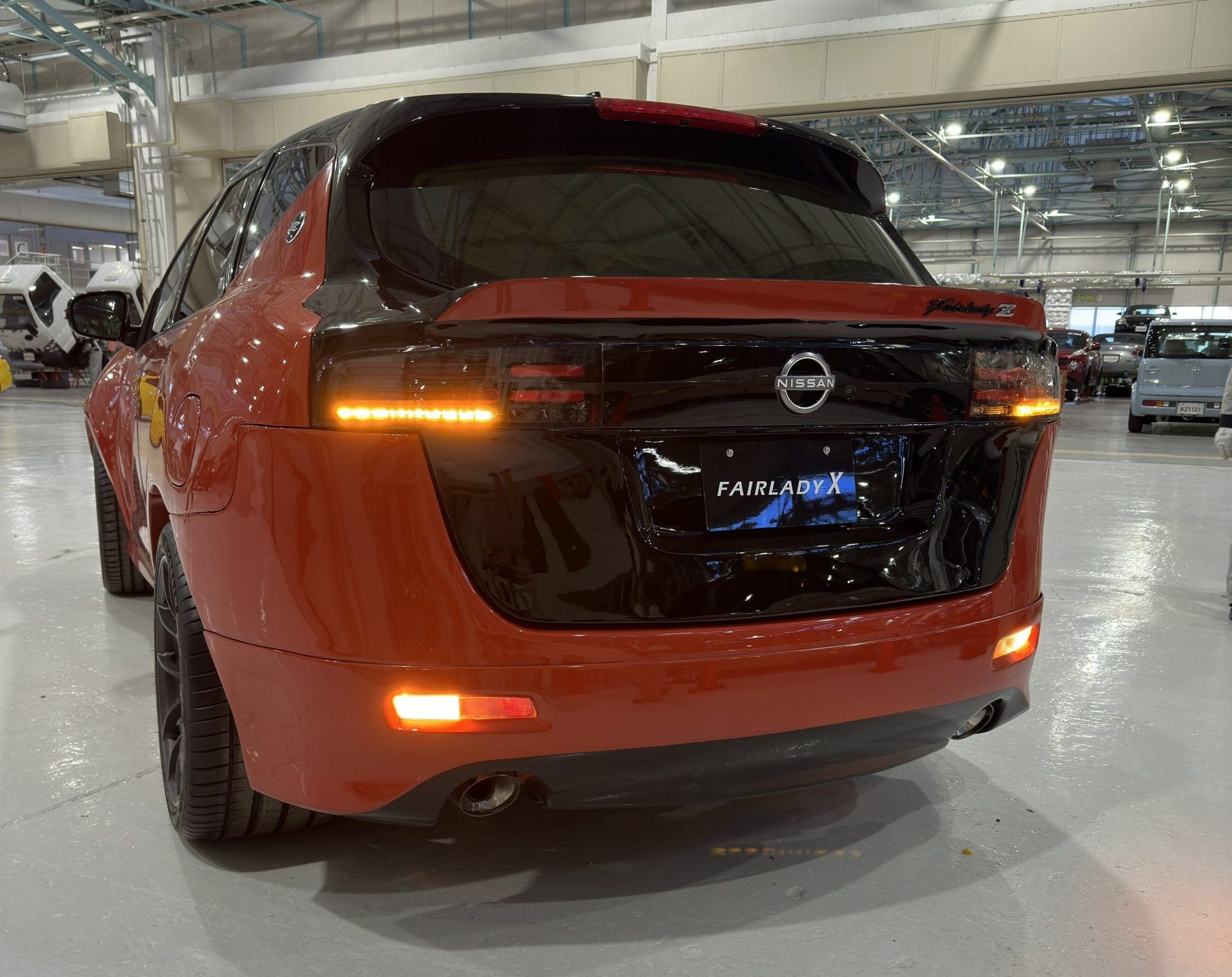 CarScoops says the Fairlady X boasts the front end, rear taillights and some interior parts from a standard Z, including the steering wheel. But it’s unclear if the Z’s delightful new 400 horsepower, 3.0-liter, twin-turbo V6 made the transition or not. We do know it has an automatic transmission, not the six-speed manual in the new Z.

Also, I can’t say anything negative here about the work these students did—that would feel like punching down, and the craftsmanship here is clearly impressive. They did one hell of a job tearing it down, too, which you can see in this video below.

But saying “Dear God, please don’t make the Z into a crossover” is a perfectly natural reaction to have here. I hope these kids, talented as they are, don’t give Nissan ideas. The Ford Mustang Mach-E was enough of a shock to our collective systems (and even that took a while to really prove itself.) We don’t need this thing, too. There’s just too much going on right now! It’s a lot to deal with.

Granted, Nissan’s kind of flirted with the idea of a Z crossover before. Remember the Gripz concept from a few years ago? At the time, a lot of folks thought that could turn into the next Z, or something like it; then as now, the pure sports car market hit the skids pretty hard, so many industry-watchers felt it was plausible for the Z to become a volume-selling people-mover in order to survive at all. Thankfully, that never happened. (I should also bring up the Infiniti FX crossover, which had the same platform and VQ V6 engine as the last Z, so it was awfully similar; but that was more like a Z crossover in a business suit, and it was actually a pretty decent performer.)

So good on these Nissan students and their very cool build! I just need it to stay in the ideas phase, please. If not, at least make it rear-wheel-drive. Can you at least do that for us, Nissan?

Also, it looks like the kids might be up to something else, too. Maybe something involving an old Fairlady Roadster, and a March? Unclear, but we should find out soon. I hope you kids know what you’re doing!

The 1990s Nissan Sentra SE-R Was Japan’s Version Of The Sporty But Understated BMW 2002: Holy Grails

Editor-at-Large at The Autopian.
Read All My Posts »
PrevPreviousThis Company Wants To Sell You A Camper Said To Be Built To Handle The Extremes Of Anywhere On The Planet
NextThe Kia Stinger Never Had A Future. But I’m Still Sad To See It GoNext