The Kia Stinger Never Had A Future. But I’m Still Sad To See It Go

The Kia Stinger is about to die. We had kind of known this was coming for months, but the Korean marque recently made it official that the production of its groundbreaking liftback sports sedan is coming to an end. The Stinger is being sent off with a special Tribute Edition.

I have a lot more to say about the demise of the Stinger itself, but first, let’s talk about the Tribute Edition that will take it to that autocross course in the sky.

Bathed in Ascot Green or Moonscape matte paint, the Tribute Edition gets black wheels, black mirror caps, black brake calipers, and a special Terracotta interior. It’s an understated package, one that fits well with the car’s ethos – to be a fast, understated, well-equipped liftback. The Tribute Edition is limited to 1,000 units worldwide and apart from the black wheels, it’s very nice.

However, this is a poignant moment because the Stinger never seemed destined to last. 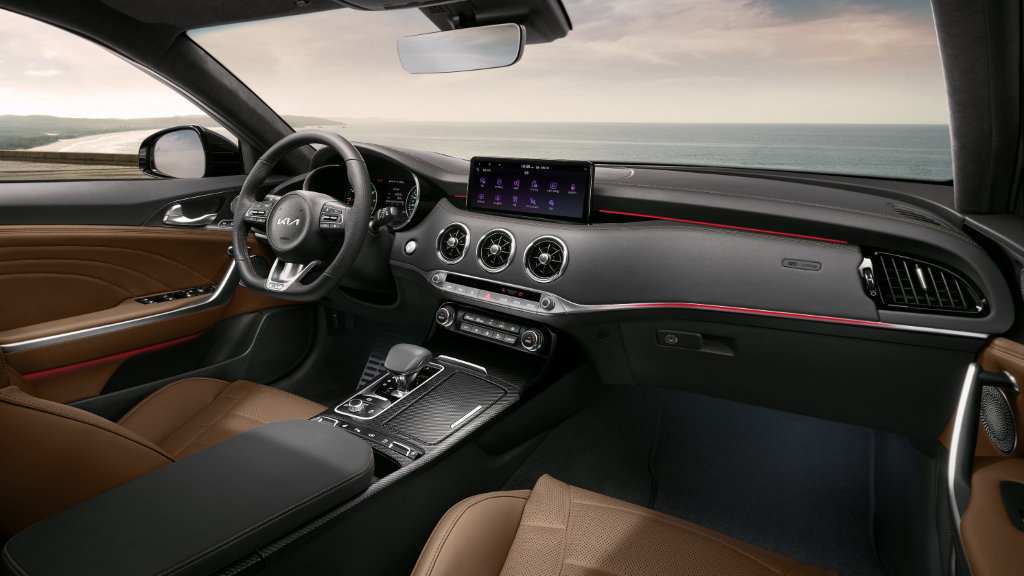 Go back to the Stinger’s debut in 2017, and you’d have seen both skepticism and admiration. It was a rear- and all-wheel-drive sport sedan meant to be a bargain answer to the BMW 3 Series and the like. Say what you will about modern BMW, but that’s still like picking a fight with the toughest and most experienced dude in the yard. And in Kia’s case, it had absolutely no history to back it up—no performance cars, no history, no nothing.

Kia had just failed massively at drumming up K900 luxury sedan sales in the American market, so another high-end model seemed destined to repeat mistakes. Still, the press admired Kia for having the guts to build a performance car with all the right pieces underneath. In reality, it was easier than it looked – Genesis was hard at work on the G70, so all Kia had to do was take those bones and stretch them to its liking. The result was a 365-horsepower, 167-mph rocketship from the brand that brought the world the Sephia.

Also, Kia had a secret weapon at the time: Albert Biermann, the former BMW M boss poached by the Hyundai Motor Group for projects like this one. While he came into the project well into its development, his presence was felt in the car’s impressive driving dynamics and eager performance. 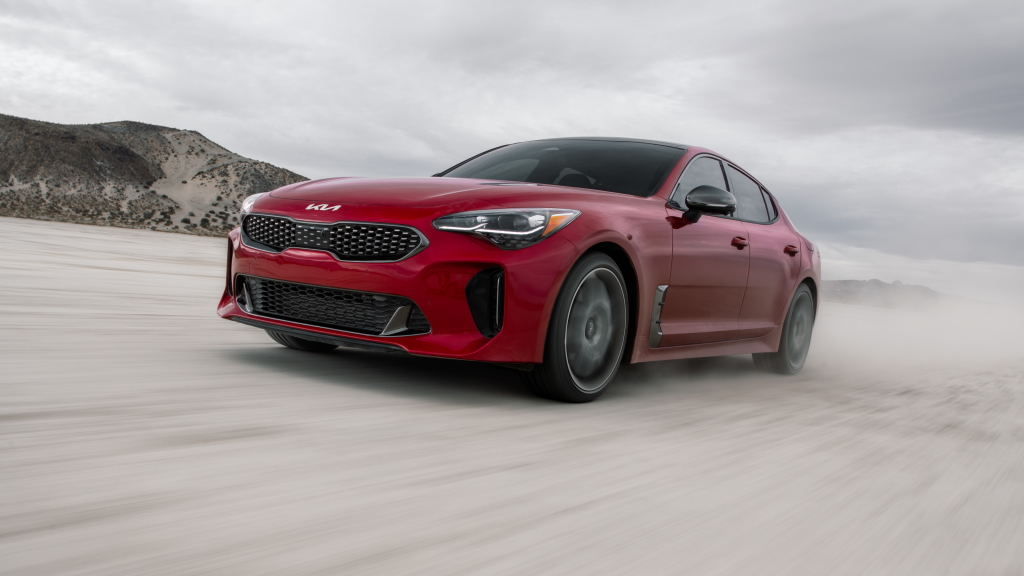 Alas, the Stinger was never really meant to last. It’s a car that now sells in hundreds per month, not thousands. Plus, its Genesis G70 platform-mate is here to carry the torch, and that’s a car known to crack four figures a month in sales even in an era of chip shortages. Doesn’t it just make more sense for those wanting a sports sedan to frequent luxury showrooms rather than rub shoulders with Forte buyers? In addition, the Stinger itself seems to be at odds with the way the world’s going.

When you think “performance Kia” nowadays, which not long ago would’ve been an oxymoron, you may think of the Kia EV6—especially the 576-horsepower EV6 GT. The whole motoring world’s obsessed with EVs now. Who can blame us for this? It’s never been easier to make a really quick car and most EVs lead less carbon-intensive lifecycles than gasoline-powered cars. Plus, even though EVs are heavy, the Stinger GT was too. Tick the box for all-wheel-drive and you’re looking at a curb weight north of 4,000 pounds. That doesn’t exactly make for the most agile car on the road. 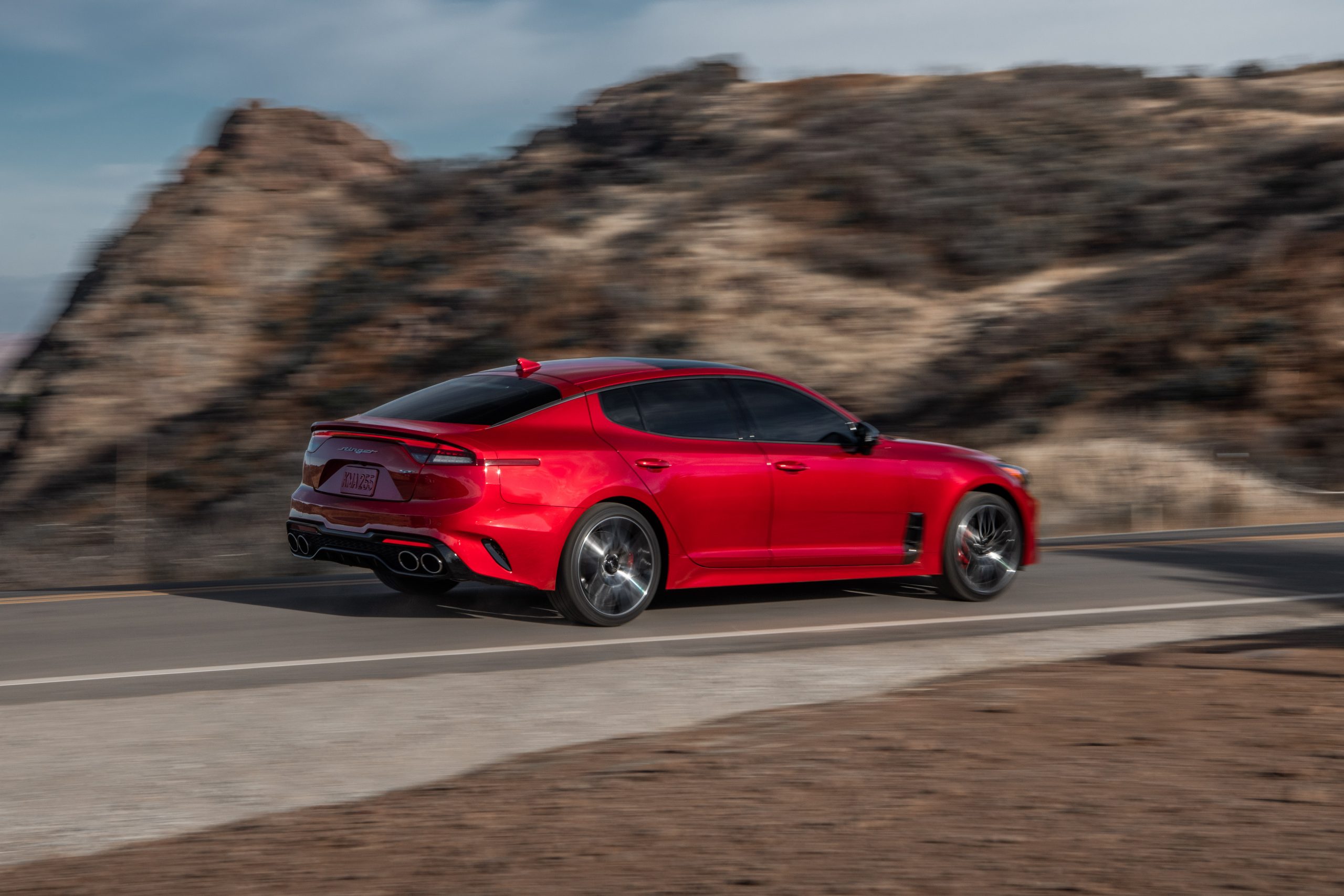 Oh, but the Stinger GT does something that most electric cars can’t. Sure, the rear suspension is a bit underdamped and the fuel economy isn’t great, but it just eats up fast highway miles like it’s born to do it. It’s a vehicle seemingly optimized for our land of long, arrow-straight highways with little opportunity for regenerative braking. Instead of watching range drop drastically while performing an overtake, you just pull the left paddle thrice, flick on the indicator, plant your foot down, and off you go. The Stinger GT simply doesn’t care. The 3.3-liter twin-turbocharged V6 may not feel as inspired as a V8 or an inline-six, but it always delivers. 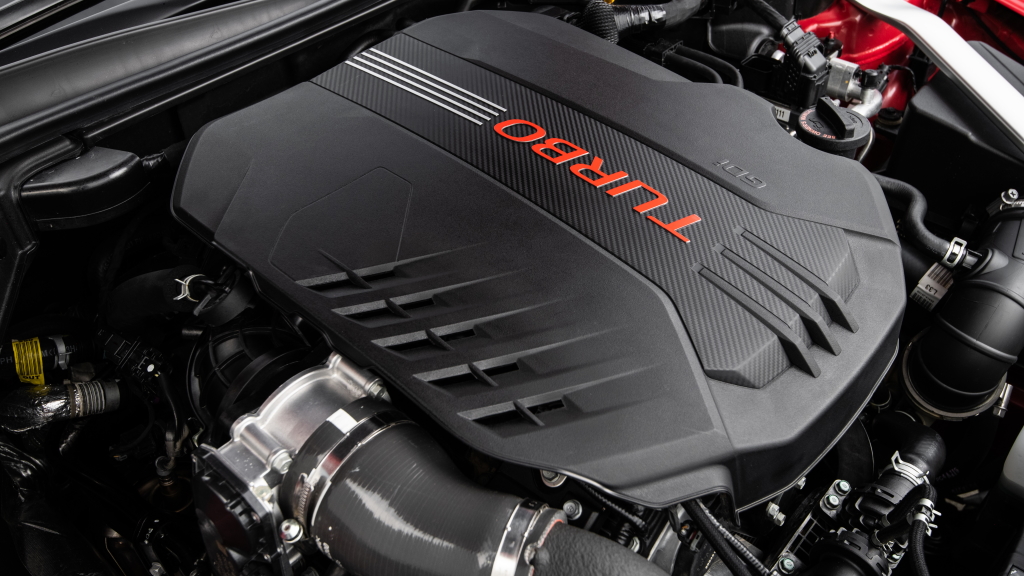 In just six short years, we’ve gone from a world that made the Kia Stinger GT possible to one that makes it impossible. There’s no business case anymore for a big dinosaur-burning liftback as a halo car. The Kia EV6 GT is quicker, greener, and judging by its Genesis GV60 Performance platform-mate, likely brilliant.

However, the Stinger GT is a better dream.

The EV6 GT is a fast version of a commodity. Compact crossovers are hot right now, so everyone’s rolling out an electric model. The regular EV6 just makes sense to build, and the EV6 GT will fill the halo car role for most people. The Stinger GT, on the other hand, made no sense at all. Kia had no prior history of making world-class sports sedans. The sports sedan segment itself is niche in an age of high-riding everything, and people looking at BMWs probably won’t walk over to a Kia dealership for the sake of comparison. The Stinger was a very specific car from a very specific time and place. Just five years on and we live in a very different world. 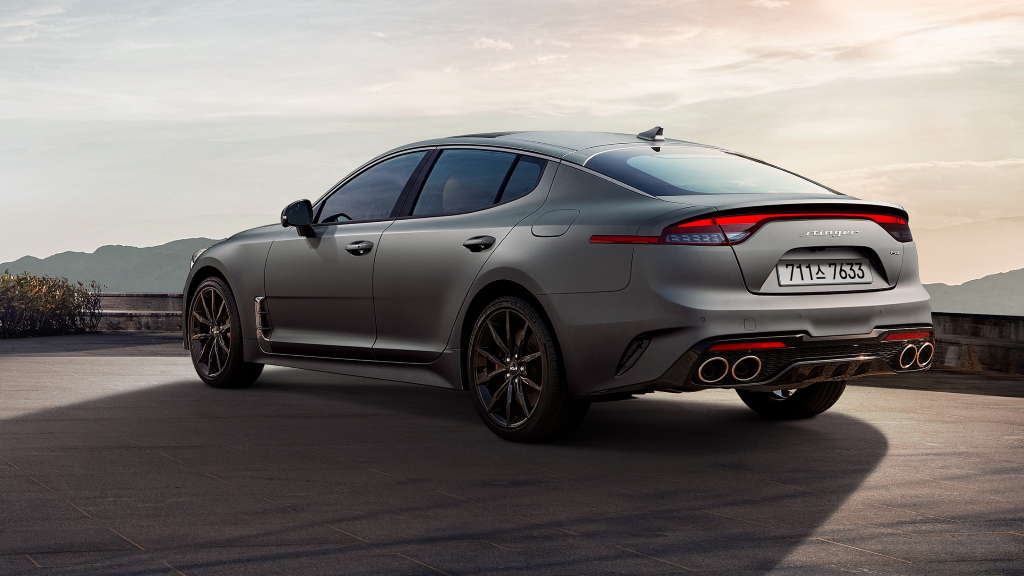 The Kia Stinger GT is—was, I suppose, now—a dream in its purest form, a car that can’t justify its own existence, yet appeals to a certain desire. I’ve spent a couple of hundred miles behind the wheel and came away with nothing but respect and admiration. I’m saddened by the death of Kia’s mile-muncher, not just because a great car is going off sale, but because it makes me wonder what will happen to similar cars in the future.

Member Rides: The Kia Stinger Is A Great Everything-In-One Car

The Dodge Spirit R/T Was The Fastest Sedan Built In America And Nearly As Quick As A BMW M5: Holy Grails

Thomas is a Nu Rave-blaring, heel-toe downshifting, maple syrup-swilling, chassis-geeking, junkyard parts-hauling, floppy-haired scenester who's been writing about cars since college. His current ride is a 2006 BMW 325i with the six-speed manual gearbox. Instagram: @thomas.hundal Twitter: @thomashundal
Read All My Posts »
PrevPreviousYour Scientists Were So Preoccupied With Whether They Could, They Didn’t Stop To Think If They Should: Nissan Z Becomes A Crossover
NextIt’s Wrenching Wednesday! Autopian Members: Let’s Talk About Your Car Projects And ProblemsNext