After A Brief Return From A Brief Hiatus, Mini Is Temporarily Discontinuing The Manual Gearbox Again 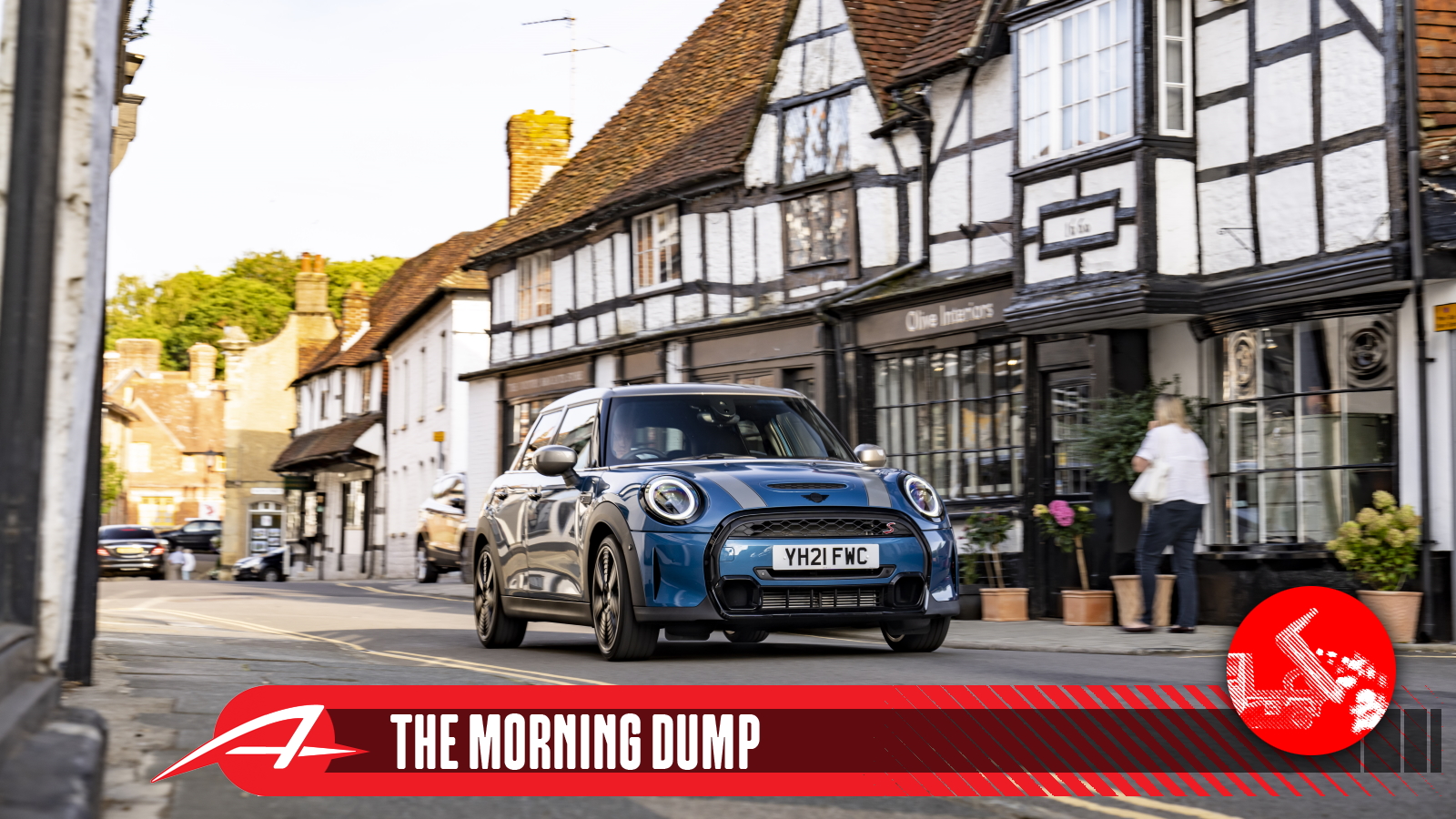 Mini drops a pedal, GMC ritzes up the Yukon, Stellantis is really trying this whole mobility thing. All this and more on today’s edition of The Morning Dump.

You wouldn’t think that manual gearboxes would really be affected by the fragile state of supply chains, but Mini is pulling out a pedal over the global shortage of everything. Speaking with UK car magazine Autocar, Mini announced a production halt on all models with manual gearboxes, citing the war in Ukraine and the semiconductor shortage as exacerbating factors.

If I’m being honest, while the Aisin eight-speed automatic gearbox in the current Mini Cooper S is quite good, a manual gearbox is a key part of the Mini experience. They’re funky, nimble cars that trade a bit of pace for quirkiness and engagement. After the agonizing manual gearbox hiatus of 2019 over carbon emissions, the row-your-own Mini’s return feels all too brief. Ah well, life goes on I guess. Hopefully the manual is back for good next year.

So what on earth makes this thing so Ultimate? On the outside, rather subtle stuff. Well, I say subtle, but 22-inch wheels aren’t exactly shrinking violets. However, a dark chrome grille and dark chrome emblems do remove a touch of visual edge. Let’s be honest, the inside of a luxury vehicle is what really counts. So what’s new on the interior? Honestly, lots and lots of leather and wood. There’s a massive slab of open-pore wood across the dashboard, plenty of aluminum accents and some rather weird leather. Maybe it’s just me, but topographical maps of Mount Denali embossed in the seat backs just sounds kitschy and heavy-handed.

Of course, with more luxury and a higher price comes more tech. The Yukon Denali Ultimate heaps on everything a loaded standard Denali model has from magnetorheological dampers to a panoramic sunroof, while adding a few extra perks. The first perk? The availability of GM’s excellent Super Cruise hands-free Level 2 driver assist suite. I won’t lie, the ability to tow on Super Cruise sounds really nice, so I’m glad this feature is coming to the Yukon. The second perk is an 18-speaker Bose Performance Series stereo, up from the regular Yukon Denali’s 14 Bose speakers. Honestly, I’m curious to hear how the new system sounds. The available 36-speaker AKG system in the Cadillac Escalade is so bright and processed that there’s every chance the Yukon Denali Ultimate’s 18-speaker system is more faithful and more fun to listen to. The third perk is a pair of 16-way massaging front seats, and that I’m afraid is really it. Aside from a darker shade of chrome and a handful of gubbins, the Yukon Denali Ultimate doesn’t quite seem ultimate enough. There used to be a really good case for a loaded Yukon Denali when an Escalade was incredibly ostentatious. Oh how times change.

GM Goes Back To Europe

Okay, technically GM never actually left Europe. They still sell the Corvette and the Cadillac XT4 over there, which feel about as far apart as London and Las Vegas, come to think of it. Anyway, after selling Opel and Vauxhall to Stellantis about five years ago, GM reckons they’re in a better position to give the continental market a crack again. The Detroit Free Press reports that during the Milken Global Conference in Los Angeles, GM CEO Mary Barra, signaled intent to re-launch GM’s European arm with a heavy EV product mix.

“About five years ago, we sold our Opel business to what is now Stellantis and we have no seller’s remorse from an internal combustion business,” said Barra. “But we are looking at the growth opportunity that we have now, because we can reenter Europe as an all-EV player. I’m looking forward to that.” Honestly, that sounds like a fair plan. Electric vehicles do particularly well in Europe and the Cadillac Lyriq is in an interesting position. It’s larger than a BMW iX yet priced like a well-equipped X3, a strong value play in the electric luxury crossover segment. Granted, GM’s lucky to be missing the particular supply chain strife brought on by the invasion of Ukraine. “The specific conditions in Europe right now, we’re not facing,” said Barra. Honestly, a European production shortage coupled to a strong value play could be just the thing GM needs to hop into the European EV market. Time will tell, I guess.

Apparently it’s not enough to simply be a carmaker these days. The industry’s new goal is to provide mobility solutions, which is just another way of saying that you’ll be able to own nothing. As such, Stellantis is taking over car sharing service Share Now. Who?

Let’s shed a bit of light on Share Now. Most Americans will know it by its former name of Car2Go, a pale blue logo slapped on the side of Smart Fortwos and Mercedes-Benz CLAs. Indeed, Share Now is currently a joint venture between Daimler and BMW, and it’s not been doing quite as well as Daimler and BMW had hoped. Honestly, the whole car sharing model hasn’t worked too well in North America. Share Now pulled out of the US market in 2019 while GM pulled the plug on their Maven car sharing program in 2020. Car subscription services haven’t done well either, with Audi and BMW having discontinued their vehicle subscription services in 2021. So why on earth does Stellantis want Share Now?

Whelp, time to drop the lid on today’s issue of The Morning Dump. Honestly, today’s stories beg a good question: how many mobility solutions do people actually want? Electric scooter rentals seem like a pretty good method of whizzing down to the auto parts store on the cheap while wrenching, but I’m not sure if car sharing will ever really catch on in North America. Car ownership is just too cheap and distances too great that simply renting by the hour seems a touch rich. I’d love to hear your thoughts, especially if you’ve used a car sharing service before.

Thomas is a Nu Rave-blaring, heel-toe downshifting, maple syrup-swilling, chassis-geeking, junkyard parts-hauling, floppy-haired scenester who's been writing about cars since college. His current ride is a 2006 BMW 325i with the six-speed manual gearbox. Instagram: @thomas.hundal Twitter: @thomashundal
Read All My Posts »
PrevPreviousHow The Same Technology That Keeps Your Hot Chocolate Warm Reduces Emissions On The Second-Generation Toyota Prius
NextA Trained Designer Imagines What The International Scout Could Have BecomeNext