If you work on cars, chances are that you’ve heard of Autel. The company provides enthusiasts and mechanics with diagnostic tools, but it wants to do even more. Autel plans to expand America’s electric car charging infrastructure with up to 480kW of charging power and a gas station-like point-of-sale. For those of you counting, that’s more power than Electrify America’s best.

For the past 18 years, the Autel Intelligent Technology Company has been providing car lovers and technicians with equipment to keep vehicles on the road. The Chinese company started with simple code scanners and over the years has expanded into a portfolio of tools. Some of its high-end equipment is like having a dealership in your pocket, too. I have one and it’s been a wrenching lifesaver.

However, Autel has been eying more than just car repair. Currently, you can buy a Level 2 charger from Autel to charge your electric car from the comfort of your own home, but Autel isn’t stopping there. Revealed today at the North American International Auto Show in Detroit, Autel plans on hitting the ground running to help expand America’s public charging infrastructure. 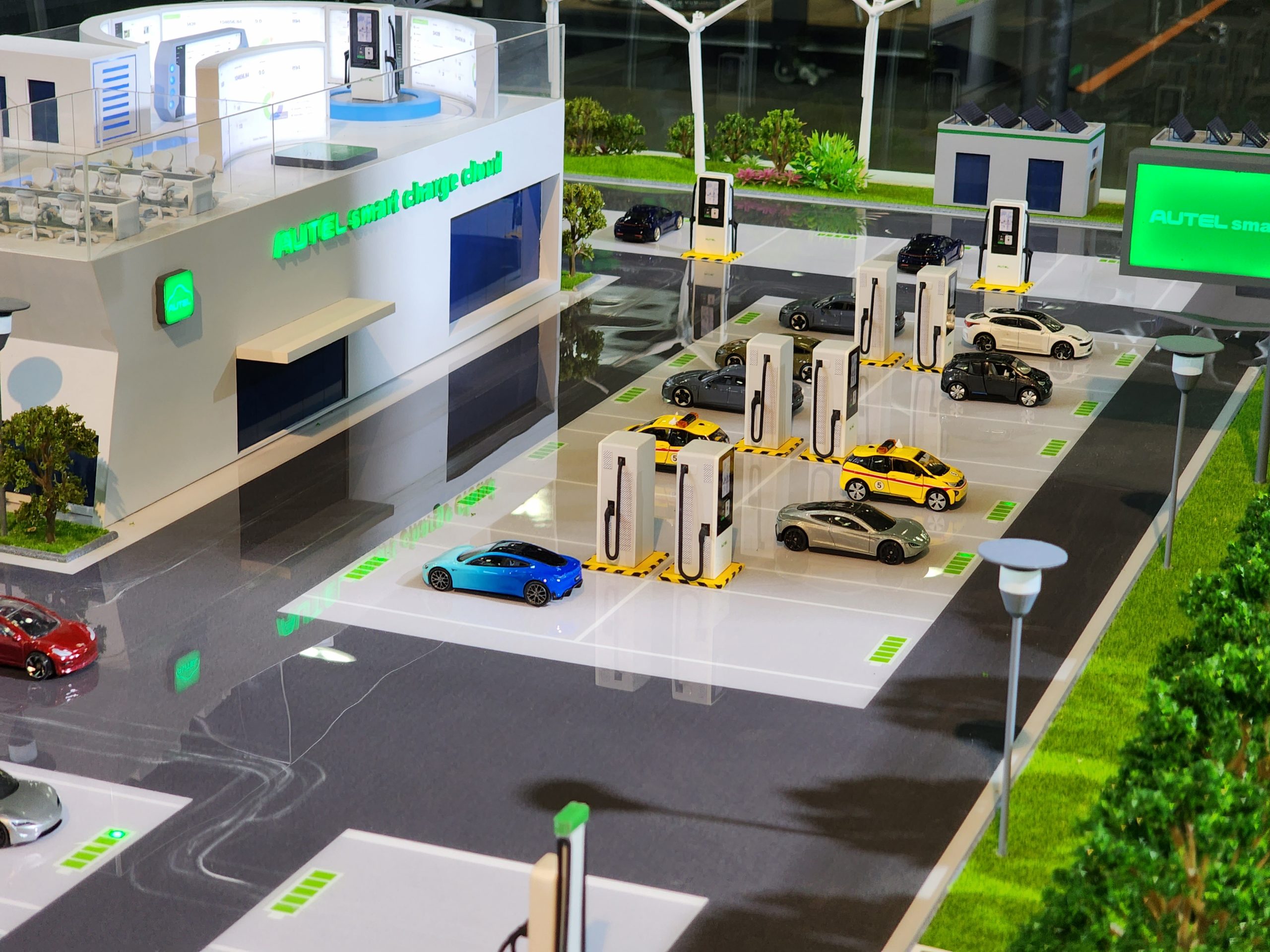 One of the chargers being deployed by Autel is the MaxiCharger Commercial. It’s a 240-Volt, 50 Amp, Level 2 charger. This charger sounds neat for businesses wanting to give customers a little top up while shopping. And there’s a version with two charging cables, too. Autel says that it can add 75 miles of range in 60 minutes depending on the vehicle.

But the real star of the show is the MaxiCharger DC fast charging station. 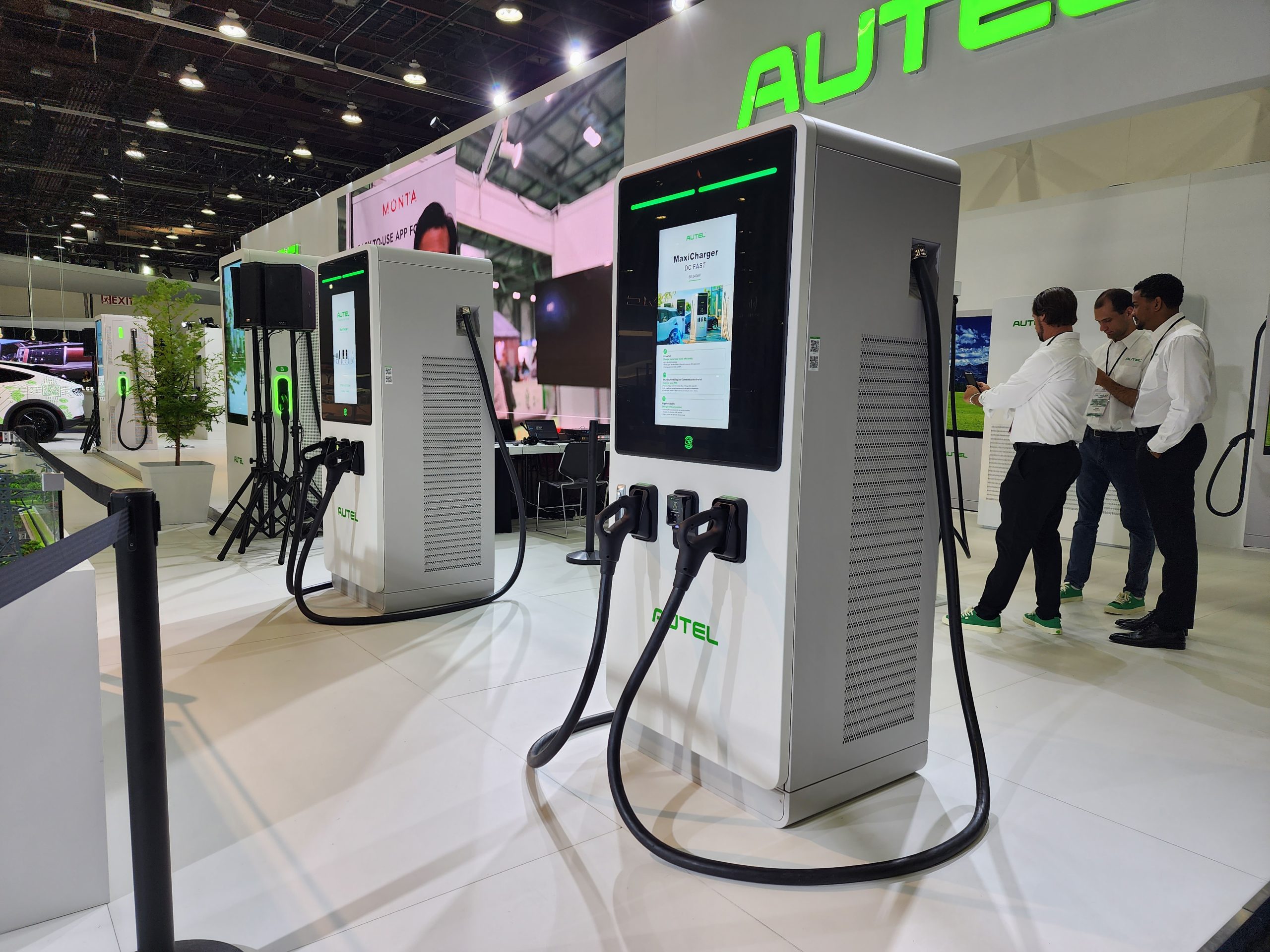 This is the charger that the company plans on rolling out beginning next month. It looks like other charging stations, with its two charging cables set up a bit like a gas pump. Heck, even the point-of-sale looks a bit like that. 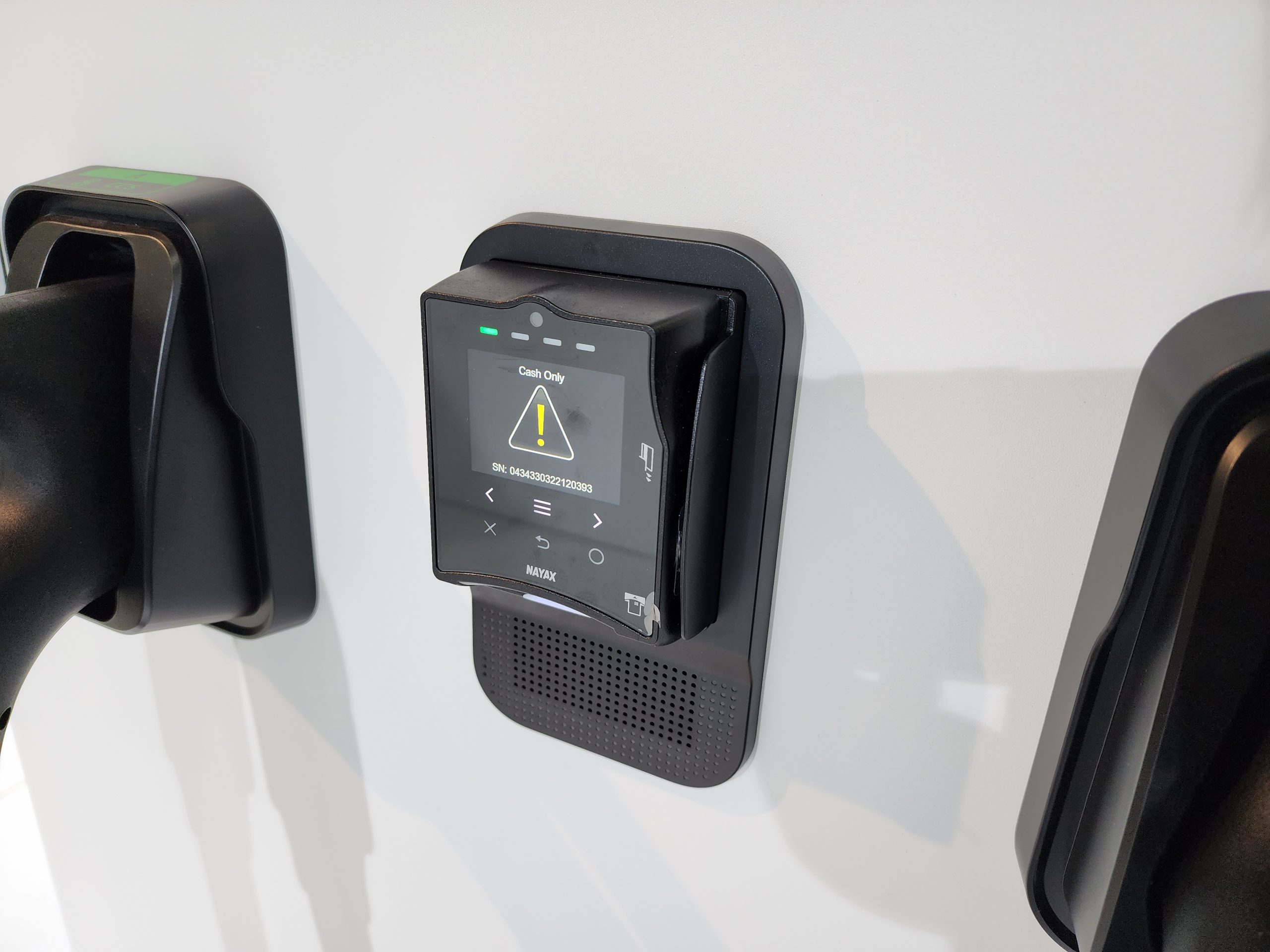 The company plans on rolling them out in increments of 60kW, maxing out at 240kW.

A trick behind Autel’s plan for commercial chargers is a giant power box to accompany even faster and bigger chargers. The “power box” is an individual transformer for the larger chargers. 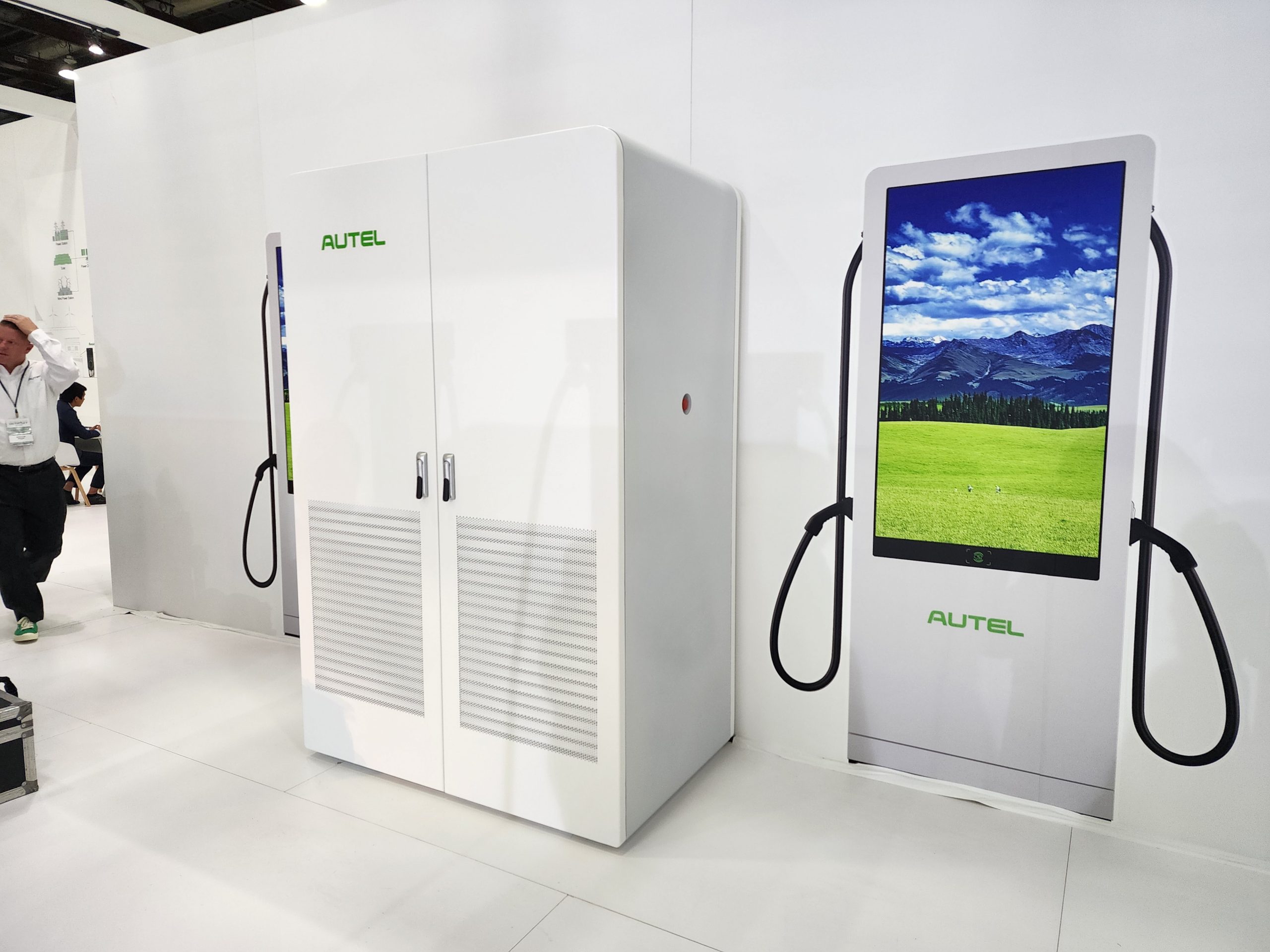 When these chargers are combined with the power box, they can crank out a big 480kW to the receiving vehicle. That’s more than the 350kW max offered by Electrify America and more than even the hottest, 800-volt EVs can handle.

A Lucid Air, for example, can hit about 300kW in charging. A Kia EV6 will hit around 233kW in actual charging. Even Teslas charge at 250kW. So, this is more of an investment and expectation that charging will get even faster. 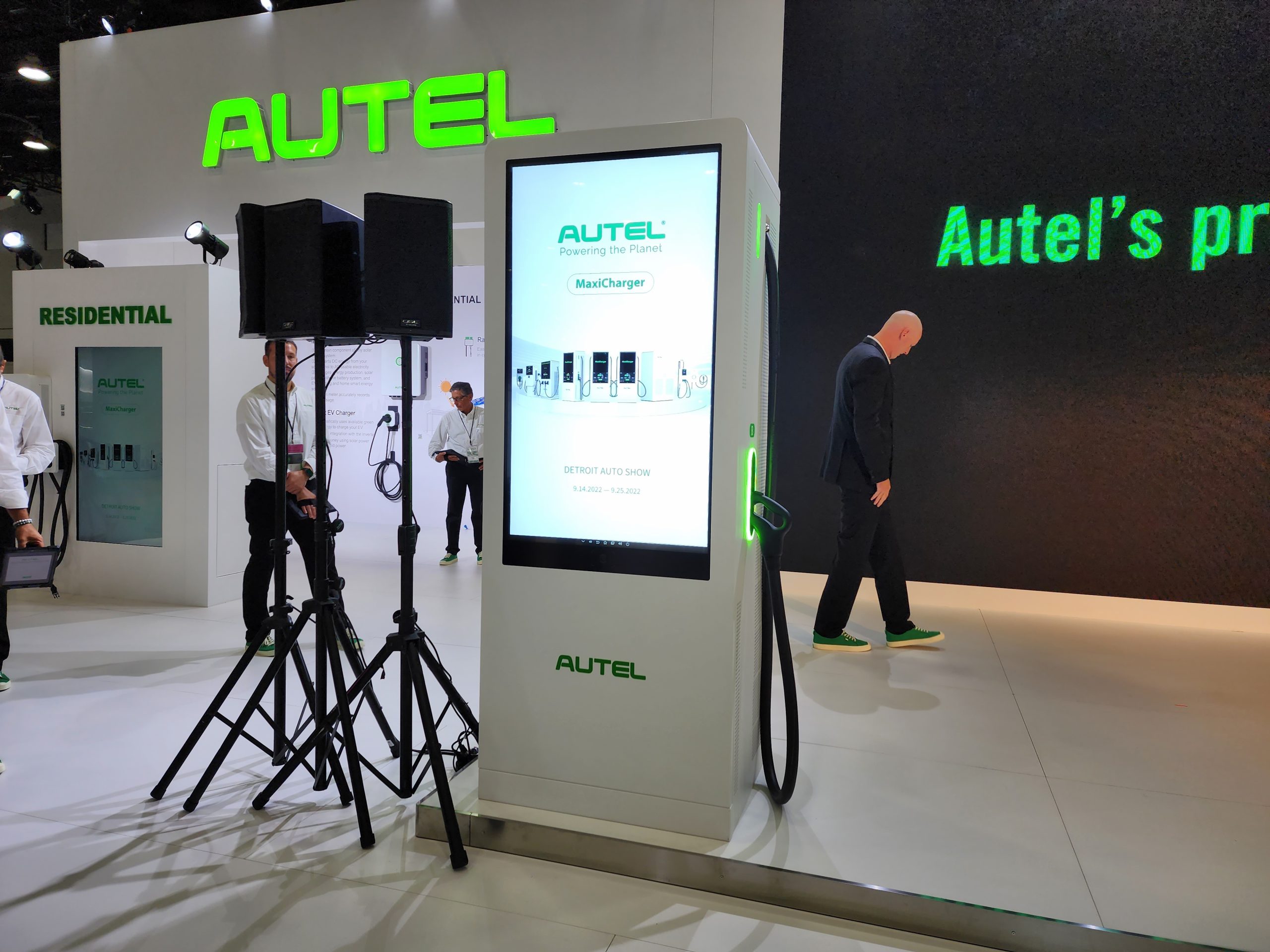 You may wonder how these beasts can handle this much juice, and Autel says that these use liquid-cooling. The 480kW units are said to add 250 miles of range in 10 minutes.

There’s a slight catch, of course. Autel tells us that when two cars are hooked up to the 480kW charger, both cars get 240kW, which is still better than almost anything you’ll regularly find now. The company is also looking to avoid the dead chargers that EV owners have also faced with chargers from other companies. Autel’s belief is that 18 years of car diagnostic experience will translate to better charger reliability.

The company hasn’t said how many of these chargers that you can expect out in the wild, but it does tell us that you may end up charging on an Autel charger without even knowing it. Autel plans on rolling them out under its brand name, but it’ll also sell them out to others as a white label charging solution.

Mercedes is a lifelong fan of all things powered by an engine. When she isn't driving one of her five Smart Fortwos or her 14 other vehicles she could be found in the cockpit of a Cessna 172 or perhaps swimming in any body of water that she could find. She also has a deep love for buses of all kinds. Please send her buses. mercedes@theautopian.com Instagram: @mistymotors Twitter: @Miss_Mercedes30 Facebook.com/neonspinnazz
Read All My Posts »
PrevPreviousJeep Is Cranking Up Its Plug-In Hybrid Game With The 2023 Jeep Grand Cherokee 4xe And 2023 Jeep Wrangler Willys 4xe
NextWhat The Hell Is Harbinger And Why Are They Showing A Boring Delivery Van At The Detroit Auto Show?Next