Good morning, and welcome back to Shitbox Showdown! Today, we’re going to see if we can find a better stickshift 4×4 than David did. But first, let’s see which land yacht won the Shitbox Regatta:

Ooh, close one! Our closest yet. But it looks like we’re taking the Fury road. Immortan Joe and his Cadillac are just going to have to lump it.

Now, as you might have heard, our illustrious Editor-In-Chief, in an uncharacteristic move, recently bought a vehicle on a whim. My first thought, like so many others, was “Why?”, followed closely by “Big deal; that’s only a good deal in Detroit. I can find a way better manual 4×4 out here on the West Coast for that price.”

Famous last words. I did find one that is almost as cheap, and (I think) can be driven home under its own power, but is much rougher. So I’m balancing it out with something that costs more, but is infinitely cooler than some Suzuki with a Chevy badge on it. And not even David can argue that point. Let’s take a look at them. 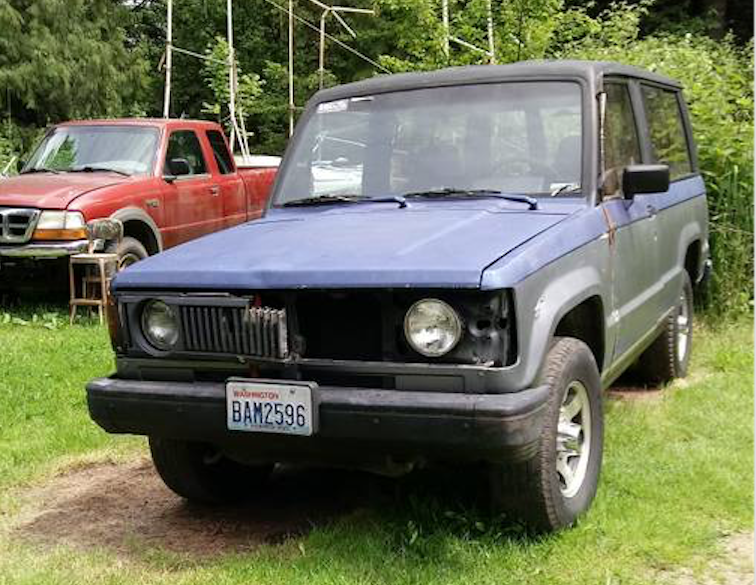 Rugged, boxy, and useful, the first-generation Isuzu Trooper was a cool little truck. And this one, being a long-wheelbase 2 door, is even cooler. It’s not exactly a powerhouse, with a 96 horsepower engine, but it had a ten-year run all over the world in various guises, and you still see plenty of them around. Usually four-doors, though. 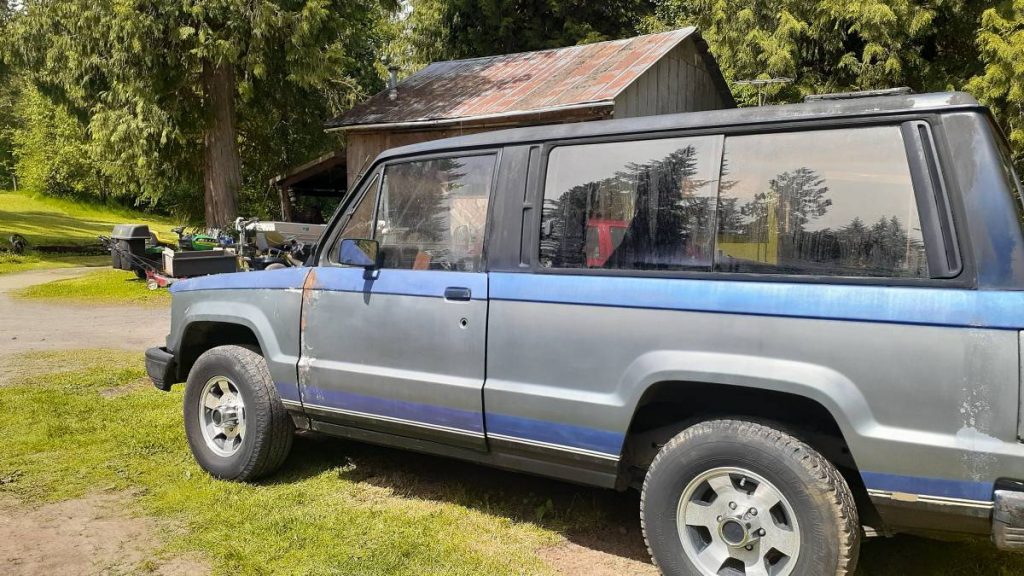 This Trooper has clearly been used like it should, and for a long time. 200,000 miles isn’t a ton for these trucks, especially over the course of 36 years, but they don’t appear to have been easy miles. Half the grille, half the interior, and half the exhaust are heaped in a pile in the back seat, and it’s about six different shades of blue and silver in various places. 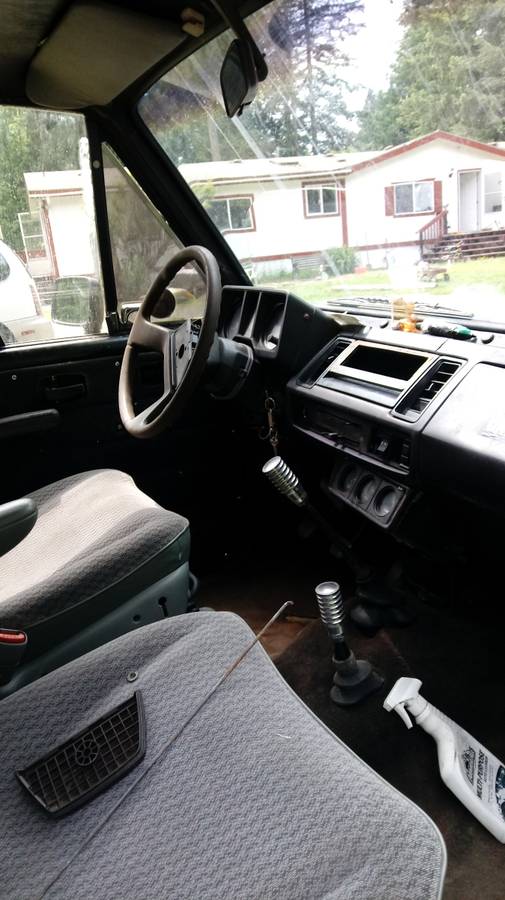 But nobody buys a cheap 4×4 to impress the valet at the country club. This is a toy and/or a tool, and for either use it can be a little scruffy. The seller says it runs, but doesn’t expressly say it’s drivable, so take that as you will. But I would guess that as long as it goes into gear, and the brakes and clutch are serviceable, it’ll get you home. 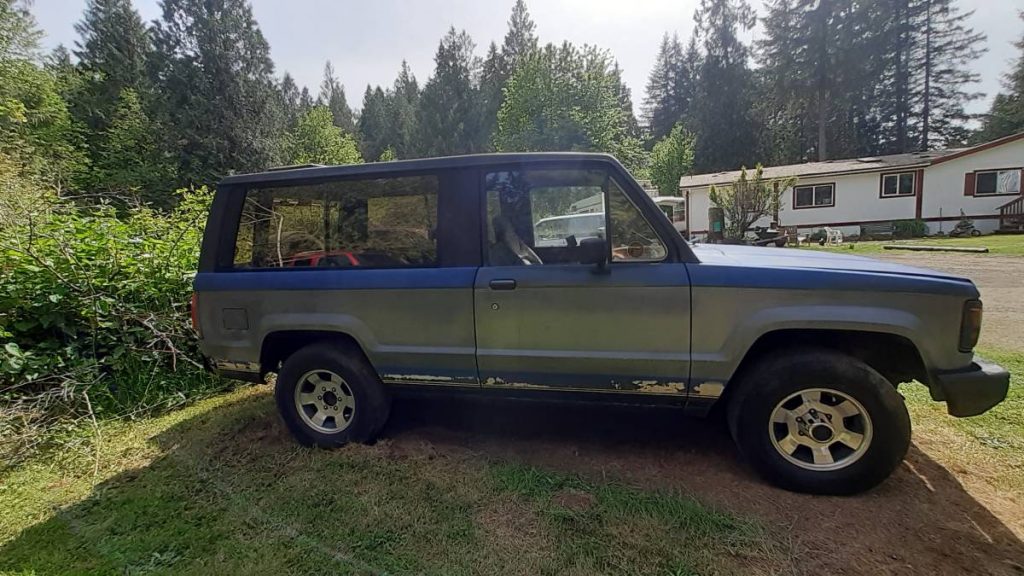 Which is more than could be said of a certain electrically-challenged Tracker. But I digress.

Now, a brick-shaped Japanese 4×4 is all well and good, but look what I found lurking in the woods up near Astoria… 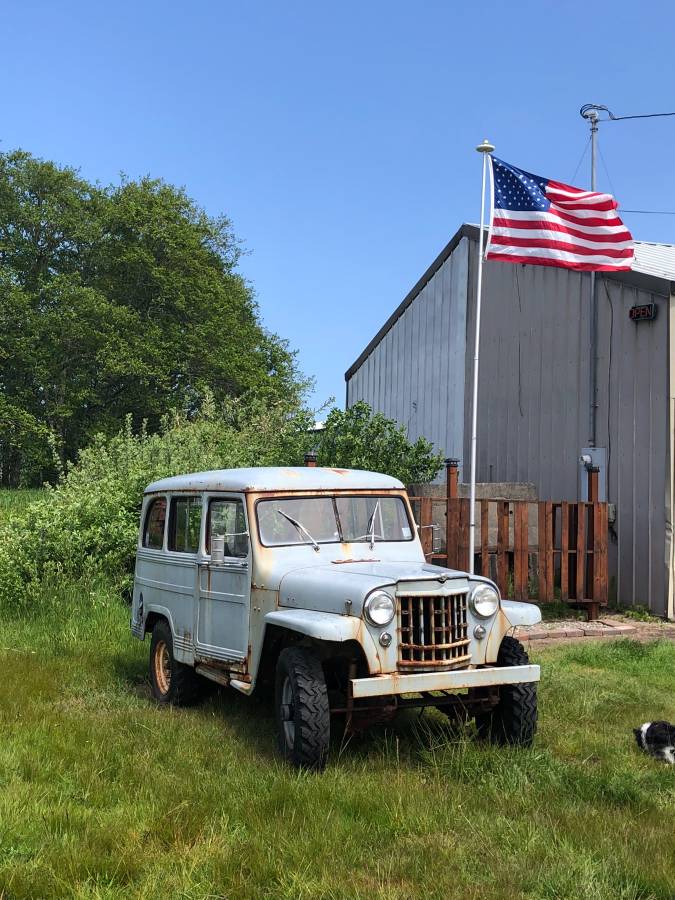 Location: outside Astoria, OR

Runs/drives? Runs and putters around, but you probably can’t drive it home

Here it is, the great-great-granddaddy of all Jeep SUVs. Designed by legendary designer Brooks Stevens and introduced practically before the last of the confetti from V-J Day had been swept away, the Jeep Station Wagon set the stage for every Cherokee, Wagoneer, Scout, Explorer, Blazer, and yes, even Trooper, that came after it. 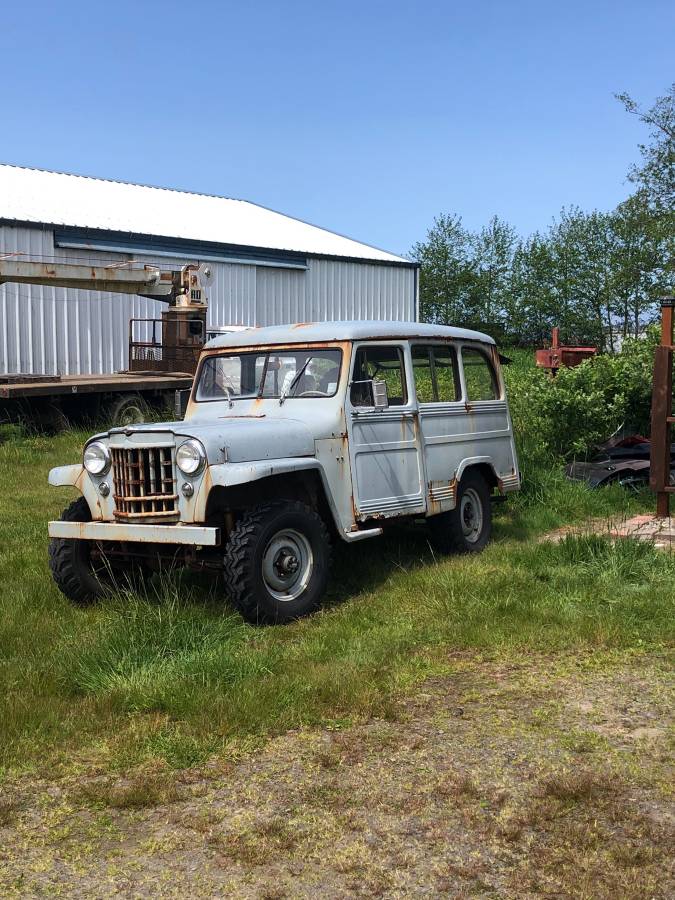 This Jeep features a 4 cylinder Willys “Hurricane” engine, an evolution of the old “Go-Devil” flathead Jeep engine that arguably helped win the war. The Hurricane is an F-head design, with overhead intake valves and in-block exhaust valves. It’s backed by a 3 speed manual and a two-speed transfer case, driving all four wheels when you need it to. 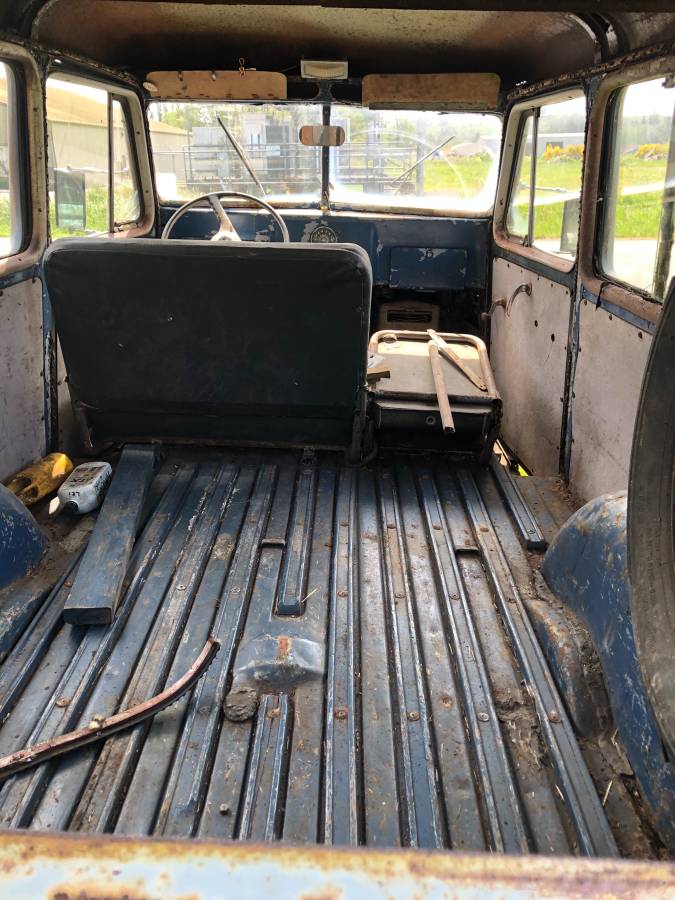 The seller says the engine has been rebuilt and runs well, but needs the “gas pedal fixed.” I would guess the linkage is damaged or sticky or something. It has some rust, but honestly, I’ve seen worse (we all have). It’s essentially drivable, it sounds like, but the tires are too old to be trusted for more than a quick run up and down the road. 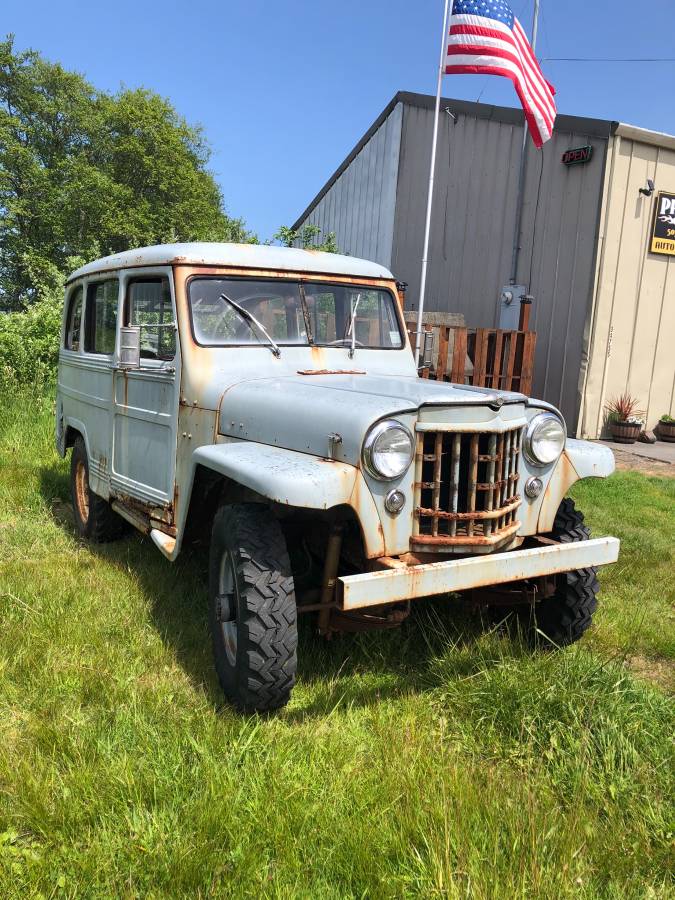 Overall, this looks restorable with some work. Or finish tidying up the mechanicals and leave the body as-is, as long as it’s structurally sound. Either way, it’s a cool, desirable vehicle that’s bound to turn some heads.

I’m willing to admit it when I’m wrong, and it turns out that David’s little Tracker was actually a hell of a score, as long as he can get the electrons flowing through it in the right direction again. You used to be able to buy running driving Trackers and Monteros and Troopers for $500 all day long around here, but I guess not any more. But you know what that little Tracker isn’t? A Willys station wagon. I’m not sure this old Trooper out-values that Tracker, but I’m convinced the Jeep out-cools it. What say you?