BYD Created An Electric Car That Can Freaking Moonwalk 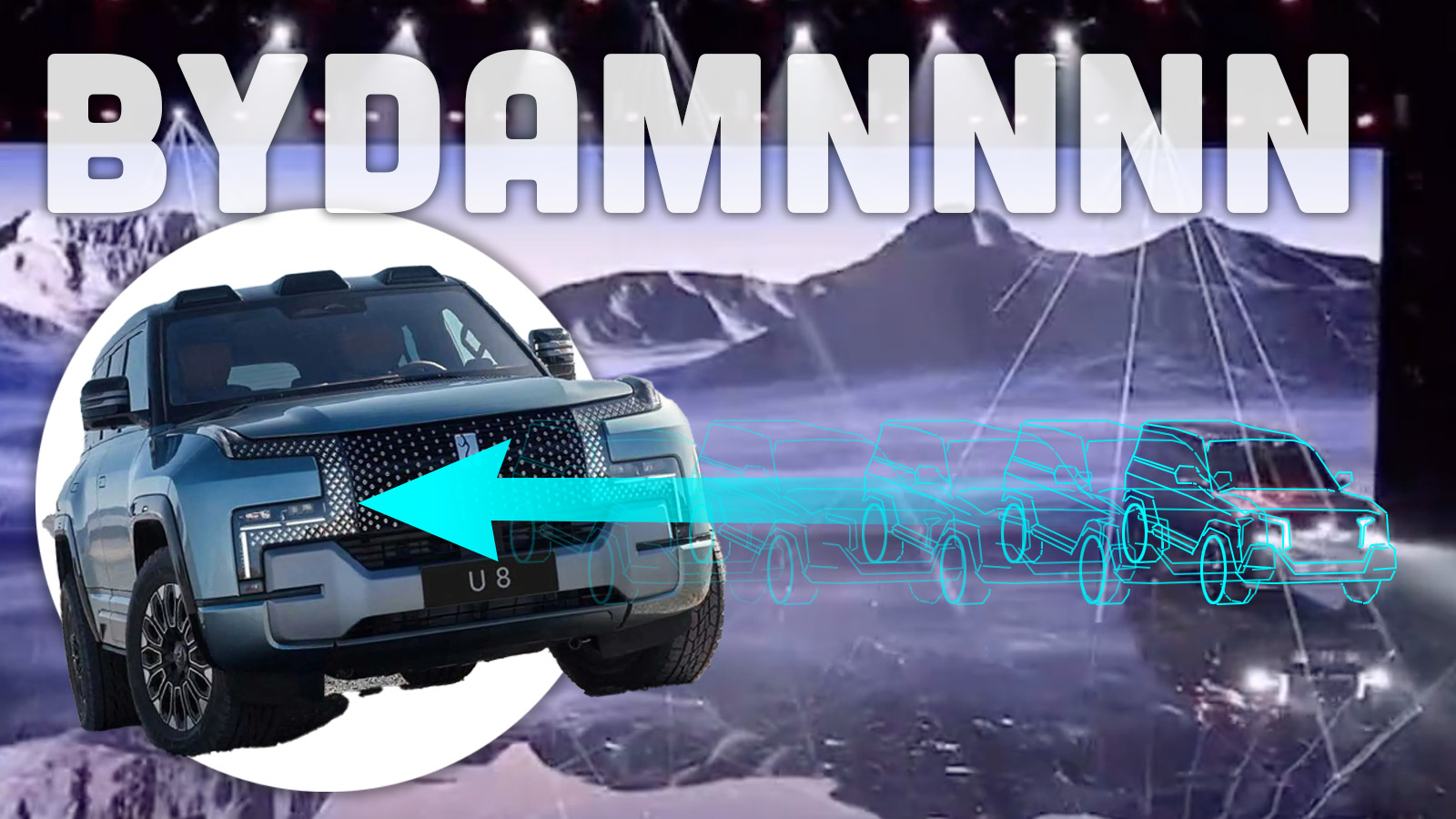 Every luxury SUV these days needs to have a party piece. The Mercedes-Benz GLS can bounce, the Range Rover can let you see through the hood, and the Cadillac Escalade has that massive OLED screen. There’s a new luxury SUV that’s just been unveiled at CES, and its party piece is being able to moonwalk. Meet the YangWang U8, BYD’s electric answer to the Range Rover that can float, spin around on its own axis, and even crab sideways.

the crab walk quite astonished right?…
How can U8 do this?
– one of the core technologies in ‘Yisifang’ platform, four independently driven motors #Yangwang pic.twitter.com/SoF4ViccT3

So how do you even go about getting an SUV to move sideways in a straight line? Well, the big party piece that lets this visual feat happen is the four-wheel-drive system. Each wheel gets an electric motor, and all four of them put together are good for more than 1,100 horsepower. Incredible torque and the ability to distinctly control what each individual wheel is doing are the keys to making this dance work.

Let’s use the front wheels as an example since it’s pretty easy to see what they’re doing. By rotating the right front wheel in reverse and the left front wheel forward, YangWang’s able to induce clockwise yaw. Reverse directions on the rear axle, and you get anti-clockwise yaw. Put it all together and you get a car on which both ends want to move right. From there, it should just be a matter of managing torque to make the YangWang U8 crabwalk. As cool as it would be if the U8 functioned like a ZIL-2906, driving both wheels on an axle together at the same speed probably wouldn’t do a great job of moving the U8 sideways on high-friction surfaces.

Mind you, being able to crabwalk sideways on high-friction surfaces isn’t the weirdest part about the YangWang U8. That would be its claim of being amphibious. BYD claims its e4 drivetrain meets IP68 standards, which is funny because well-sealed motors aren’t a guarantee that a car will float. Either way, BYD’s released this handy video should you wish to watch a U8 do its best dinghy impression. Oh yeah, this thing can also do 360-degree tank turns on grooved concrete and climb some big dunes, if that’s your sort of thing. 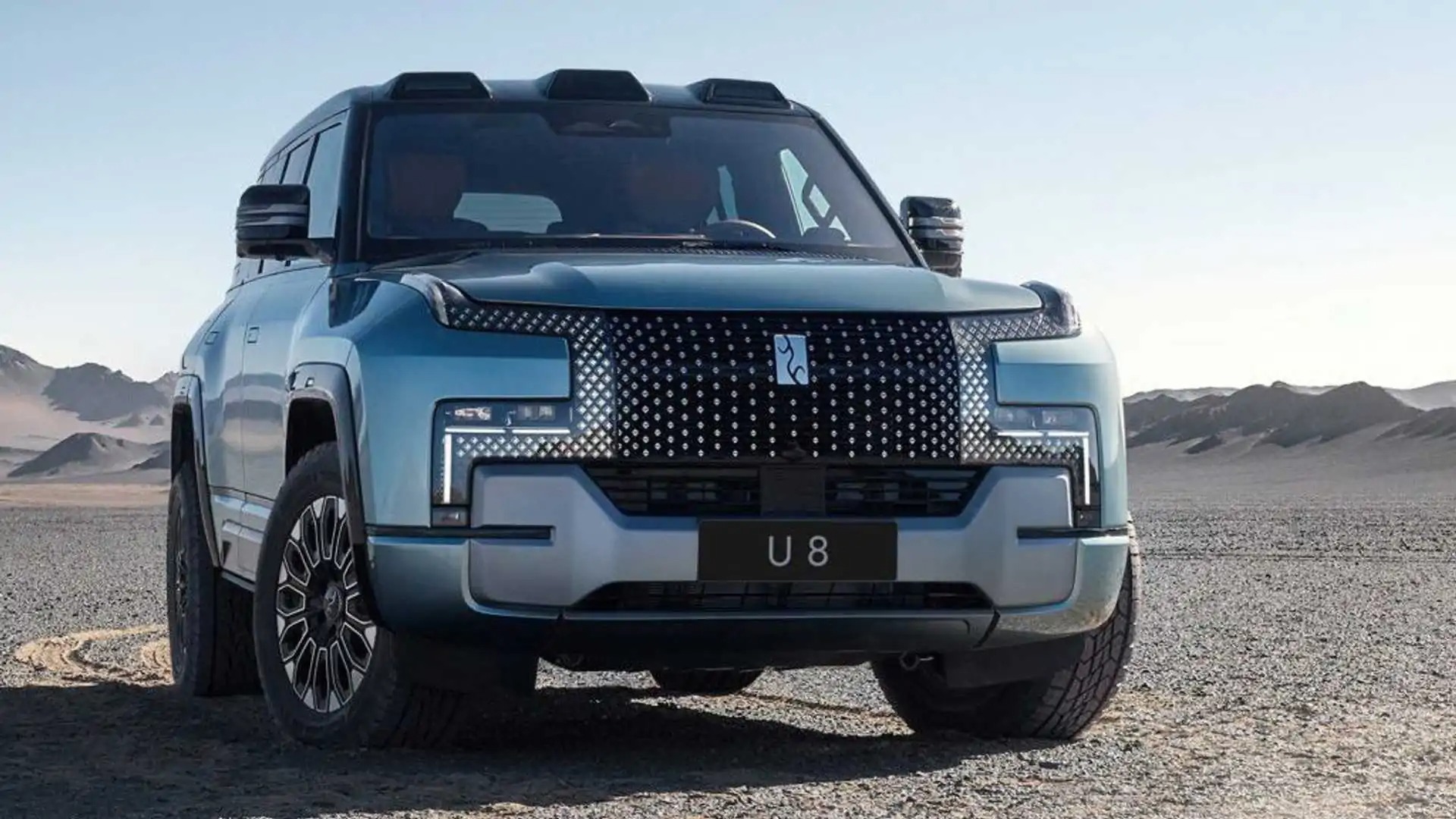 As for styling, the BYD YangWang U8 looks properly rugged, with a squared-off silhouette strongly hinting at its body-on-frame underpinnings. Lighting seems particularly unique, almost like BYD ran it through a dot-matrix printer, and it’s cool to see a new SUV with a rear-mounted spare tire. Sure, details like the trailing edges of the fender trims are a bit fussy, but the fundamentals here are solid. 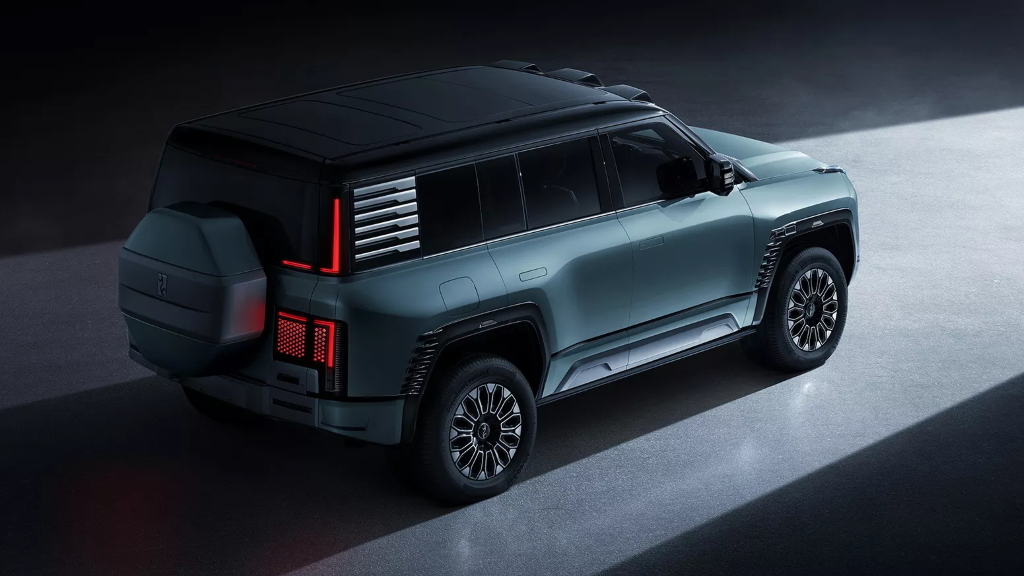 The BYD YangWang U8 looks to be a very impressive electric luxury SUV that’s getting out there ahead of the upcoming electric Range Rover. Pricing runs between 800,000 and 1,500,000 yuan, or between $116,985 and $219,347 at the time of writing, which doesn’t seem bad for an electric SUV of this caliber, but is still a pretty penny no matter how you slice it. Still, don’t expect this neat machine to be sold in America any time soon.

This Chinese Microcar Is The Tiny EV You Secretly Really Want

Thomas is a Nu Rave-blaring, heel-toe downshifting, maple syrup-swilling, chassis-geeking, junkyard parts-hauling, floppy-haired scenester who's been writing about cars since college. His current ride is a 2006 BMW 325i with the six-speed manual gearbox. Instagram: @thomas.hundal Twitter: @thomashundal
Read All My Posts »
PrevPreviousPowering A BMW Motorcycle With An Air-Cooled Volkswagen Engine Is A Thing And It’s Amazing
NextOur Daydreaming Designer Imagines He’s David Tracy Buying A ‘Holy Grail’ 1987 Jeep Truck That Never ExistedNext