All right class, settle down. Timmy, sit up straight. Bobby, put that away until recess. I hope you all had a good holiday break, and behaved yourselves for the substitute. Welcome back to a new year of Shitbox Showdown!

Before we get started, I want to take a moment to thank some people. First, huge thanks to Thomas for holding down the fort for me with such enthusiasm and flair. I really appreciate it. Second, thank you all so much for the outpouring of condolences and support about my dad. It means more than you can possibly know. And finally, because I haven’t had a chance to do so, huge thanks to all our newly-minted supporting members! Together, we are showing that a site like this can be a community, not a commodity, and I am proud and honored to be a part of it.

Thomas’s sports cars from Friday seemed like a no-brainer to me; I’ve never driven an RX-8, but I have spent some quality time behind the wheel of a Boxster, and it’s the clear choice to me, especially with the scary engine bits taken care of. But let’s see what you all thought:

It seems we are in agreement. I do love the idea of a rotary, but make mine an RX3 or 4.

Today’s cars were unashamedly chosen just to be able to make that LL Cool J pun in the headline. I’ve been sitting on that for about three weeks now, just itching to use it. A Kammback, for those of you who have never come across the term before, is a car design that ends abruptly at the rear. The idea, as far as my high-school-physics understanding goes, is to reduce aerodynamic drag by creating a wake in the air behind the car. It also can make for some bizarre styling, as you’ll see in our choices below. Note that one of the cars is for sale on Bring A Trailer, so the price shown might not be current. And I’d advise you to turn on your ad-blocker before clicking on the other one – sorry. 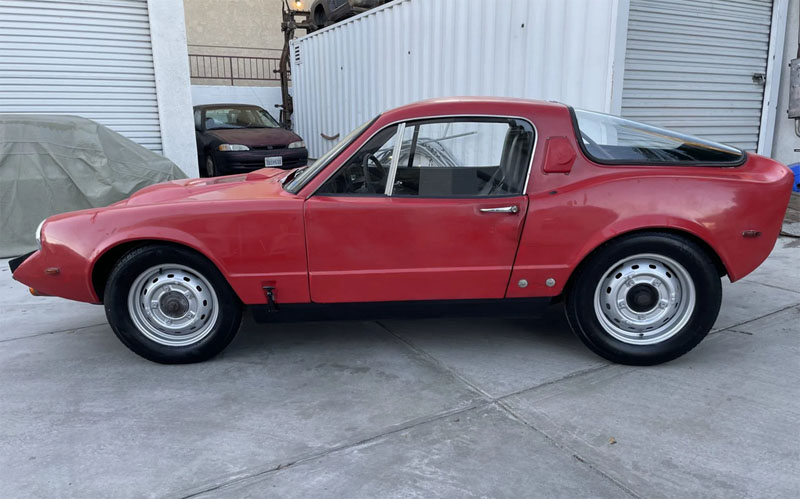 Runs/drives? Starts and runs, but not drivable

Perennial weird-kid Saab isn’t really known for small sports cars, but for a while, they built a really cool one. The Sonett, originally introduced in the ’50s as a roadster that looked a little like a Porsche 550 Spyder, was designed for racing, but later morphed into a fastback road car. The Sonett shared mechanicals with more family-friendly Saabs: early Sonetts used their two-stroke three-cylinder engine, while later cars such as this one were powered by a V4 engine. This engine came from the Taunus, which sounds like a creature from Narnia, but was actually a family sedan built by Ford of Germany. 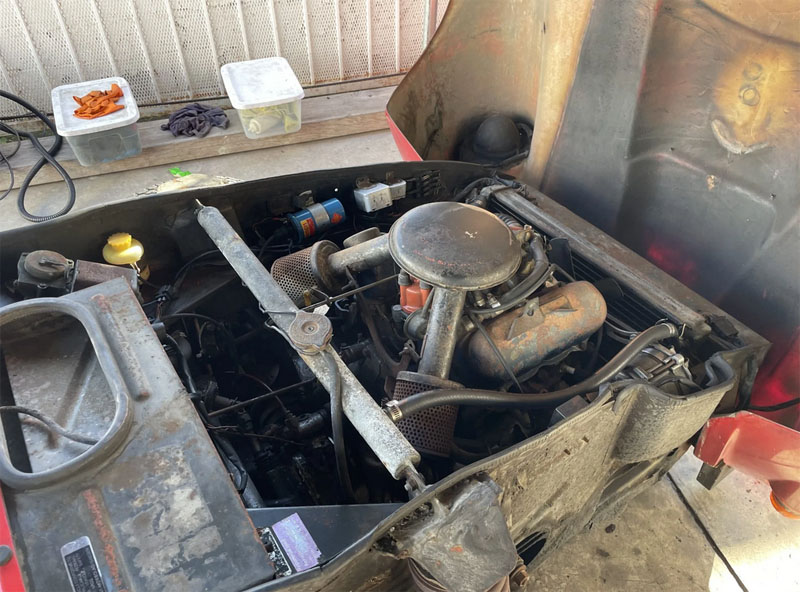 This Sonett’s four-banger will start and run, but only off an external fuel source; apparently the car has been sitting and the fuel tank and lines haven’t been cleaned out yet. But hey, starting with an even marginally-running project is a leg up. Sending power to the front wheels is a four-speed stick equipped with a column-mounted shifter. 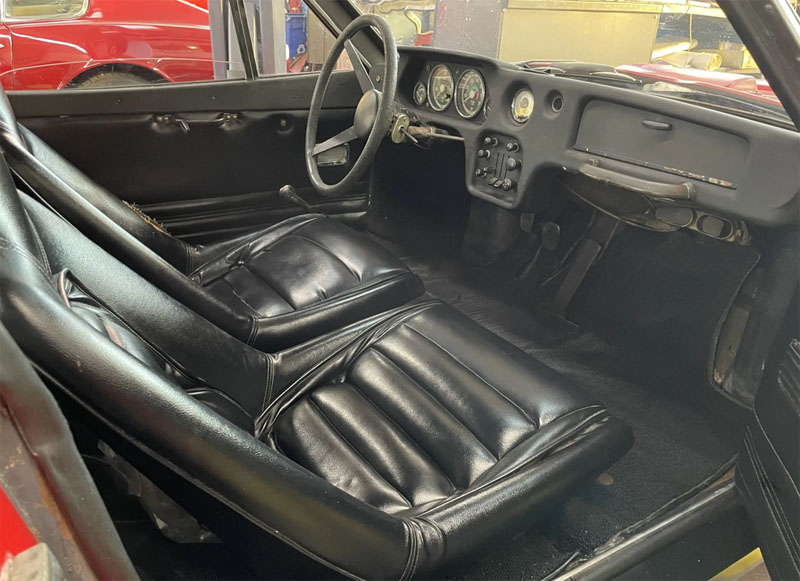 Overall, its condition isn’t stellar, but it isn’t terrible either. This looks to me like the sort of car you could mechanically refresh and enjoy as-is without cringing every time someone parks too close. The interior is intact and isn’t frightening. The red paint covers up quite a few bumps and bruises in the fiberglass bodywork, but you can’t see them from the driver’s seat. 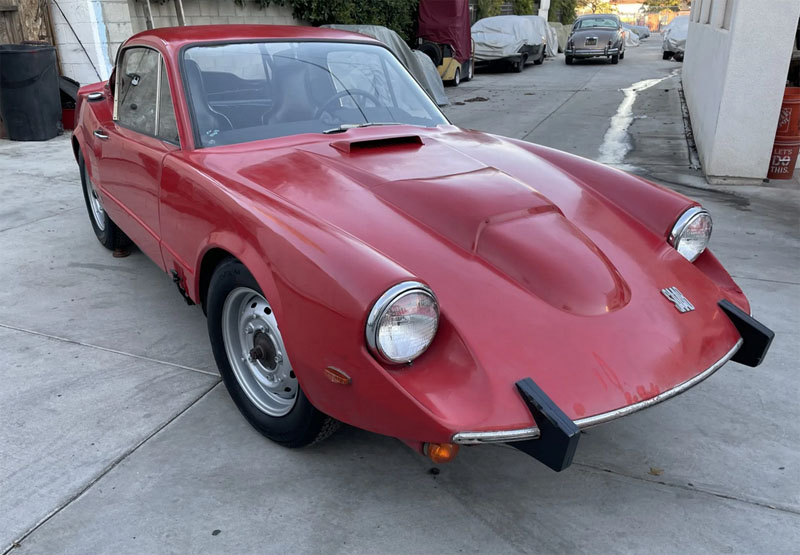 The only drawback I see is the crowds of lookie-loos it would be sure to draw everywhere you parked it. Questions like “What is that?” and “How fast does it go?” could get tiresome after a while. But in a land of silver crossovers, why not stand out a little? 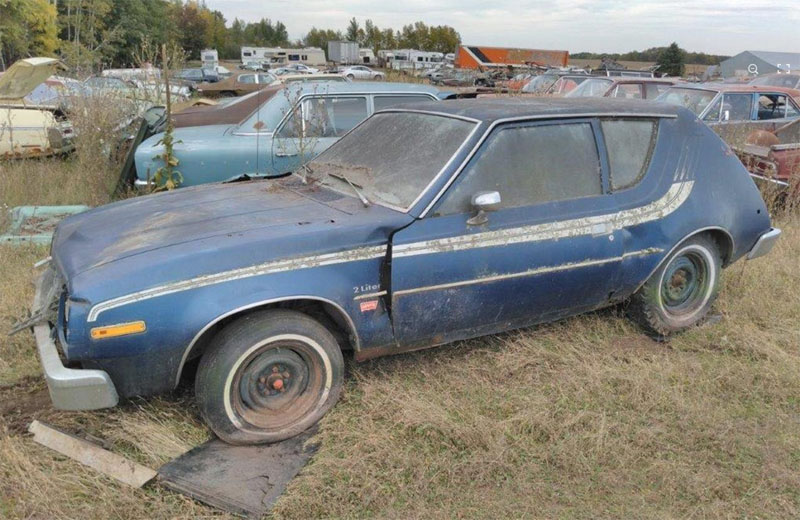 The story behind the AMC Gremlin’s styling involves Dick Teague, a clay model, a jilted lover, and a cheese slicer. Or at least I wish it did; the actual story is probably far less interesting. However it happened, while Chrysler was busy capturing imports and Ford did a joint venture with Weber Grills, AMC took a Gordian-knot approach to the subcompact problem and simply lopped a foot off the ass end of an existing car. It worked, at least stylistically; the Gremlin still looks cool. 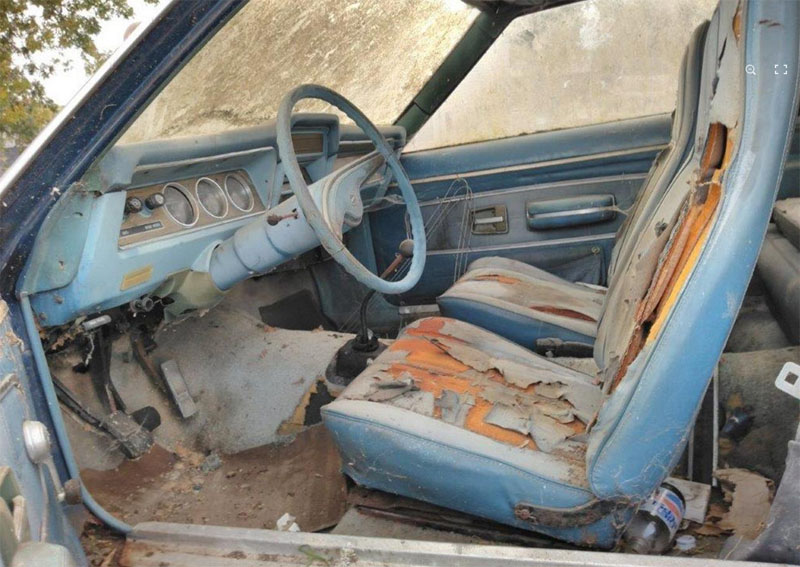 This Gremlin is a Levi’s Edition, with interior fabric made to look like denim jeans; they couldn’t use real denim because of fire-safety regulations, apparently. My aunt had one of these when I was young, and I still remember how cool I thought the little red tags on the seats were. Those tags, along with most of the upholstery, appear to be gone on this Gremlin. Be prepared to hit up an upholstery shop. 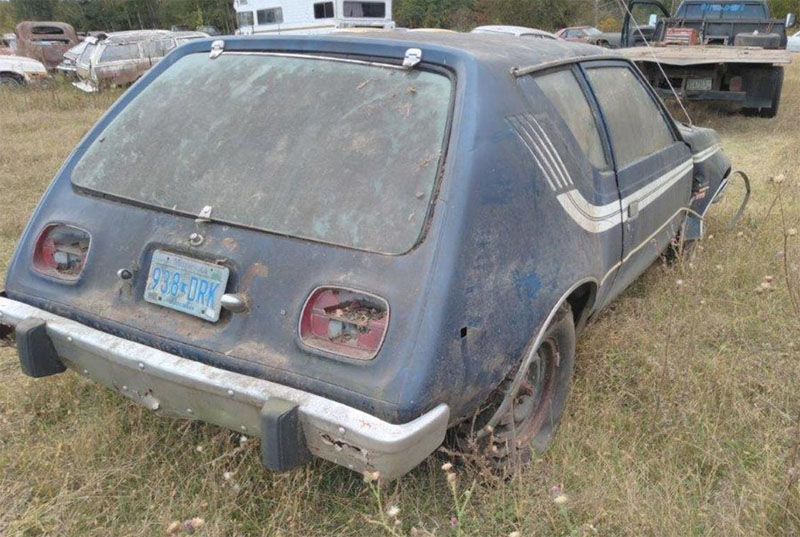 Very early base-model Gremlins had a fixed rear window that didn’t open. This car has an opening back window, and fortunately it’s intact; I can’t imagine trying to track down replacement glass for something like this. You’ll have a hard enough time dealing with the sheetmetal, which is rusty, dented, and just plain ugly. And I don’t know where new taillights or a grille are going to come from. Best fire up the 3D printer, I suppose. 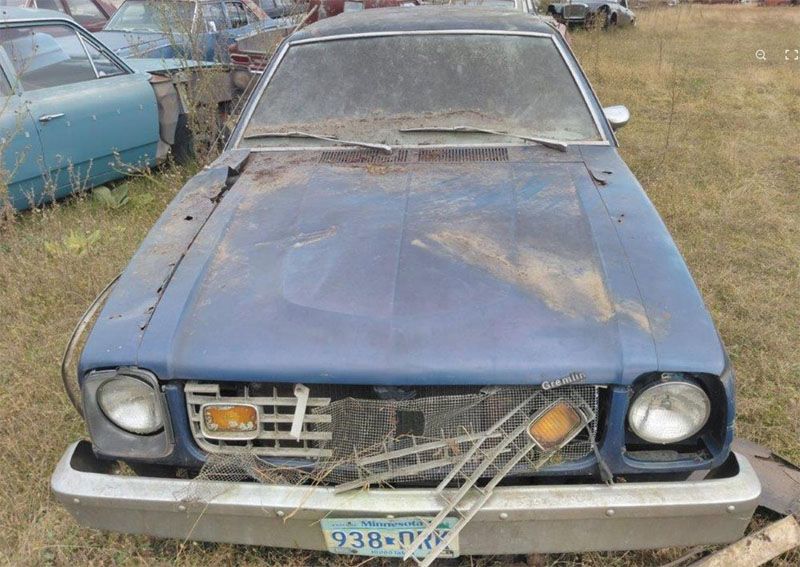 We don’t get any underhood shots, but the “2 Liter” badging on the fenders tells me that this car has the heart of a Porsche. No, really – AMC added a four-cylinder to the Gremlin’s engine lineup in 1977, a VW/Audi unit also used in the Porsche 924. This car has been sitting in a field in Minnesota for who knows how long, so it’s safe to assume the little VW engine doesn’t run. The combination of the two-liter engine and the Levi’s package probably makes this a fairly rare Gremlin, but it is not a project for the faint of heart.

I know these are both a bit frightening, but I feel like Thomas was being too easy on you all recently. I wanted to start the year off with some really scary stuff, so we have nowhere to go but up. So what’ll it be?