Facebook-f Twitter Instagram Rss
Menu
Menu
Home » Let’s Hear It For My Dad, Who Made Me The Gearhead I Am Today

Let’s Hear It For My Dad, Who Made Me The Gearhead I Am Today

My dad, Joseph Maxwell Tucker III, passed away on December 13th from complications due to lung cancer. He was just a few weeks shy of 78 years old. Too soon – stuff like this is always too soon – but sometimes when the doctors say one to five years, what they really mean is eight months and change.  I want to take a minute to tell you all a little bit about him, because I wouldn’t be here without him, and I don’t just mean in the obvious “here on planet Earth” sense; I mean here writing about cars. Dad was a champion and supporter of all my automotive endeavors, an accomplished engineer, an airplane buff, and a gearhead who had an impressive resumé of cars over the years. In short, he was an Autopian to the core.

The Bug, The Fiat, And The Scirocco

One of my earliest clear memories is seeing Star Wars at the drive-in in the summer of 1977. I was four. My mom stayed home with my two-year-old brother, and Dad and I hopped in his tan ’69 VW Beetle and went. I still remember sitting there, with a paper bag of popcorn we brought from home, watching X-Wing and TIE fighters scream across the screen while laser noises pew-pewed out of the cast-aluminum speaker hung on the window.

The Beetle gave way to a brand-new Fiat 128 sedan in the winter of 1978-79. We had a blizzard in Chicago that year, and Dad told me many years later that one of the reasons he chose the Fiat over its competitors is that its suspension design allowed for more ground clearance, which he thought would be an advantage in deep snow. That rational, analytical way of choosing things was always there; the engineer in him informed everything he did. We even took the Fiat on a cross-country family vacation once, which I’ve written about before over at Opposite Lock. 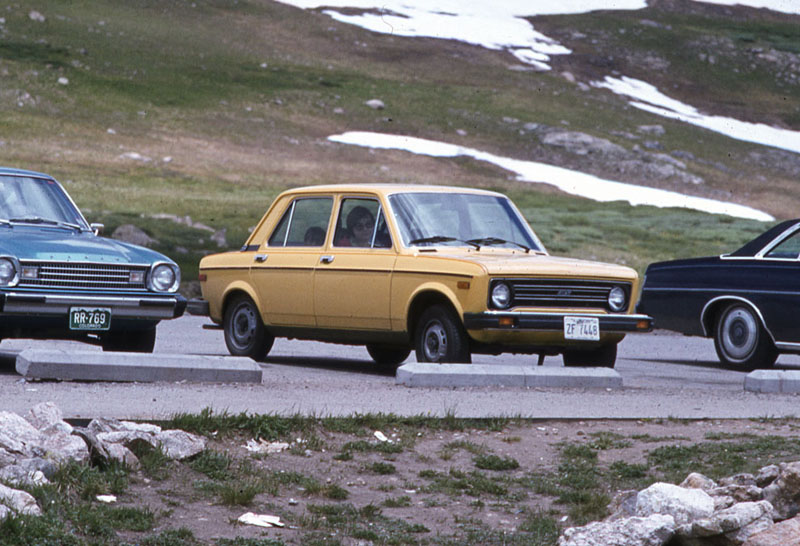 Dad was an avid tennis player when I was young, and pretty good, from what I understand. He played in a couple of leagues, won a few tournament trophies, and made a lot of friends doing it. And more importantly to his young already-car-crazy son, a great many of the people in his tennis league drove small sports cars. I remember Triumphs, E-Type Jags, MGBs, a Karmann-Ghia or two, a Datsun 240Z, and the one that would become the most important to me: a silver 1979 VW Scirocco.

The Scirocco belonged to Dad’s friend Dave Zborowski, who also had a black Porsche 914. But it was the Scirocco that caught my attention when I was a kid. Its crisp styling, one of the finest examples of Giugiaro’s “folded-paper” design era, just called to me. You can imagine my excitement, then, when Dad bought it for me for my sixteenth birthday. There was a practical side to this: I was a hardcore theater and band kid in high school, and between early-morning speech meets and late-night marching band practices, my parents were both tired of driving me around, and more than happy to provide me with a car. The only stipulations were that I pay for my own gas, repairs, and maintenance, and that I give my younger brother Zach a ride to school, which I did gladly. 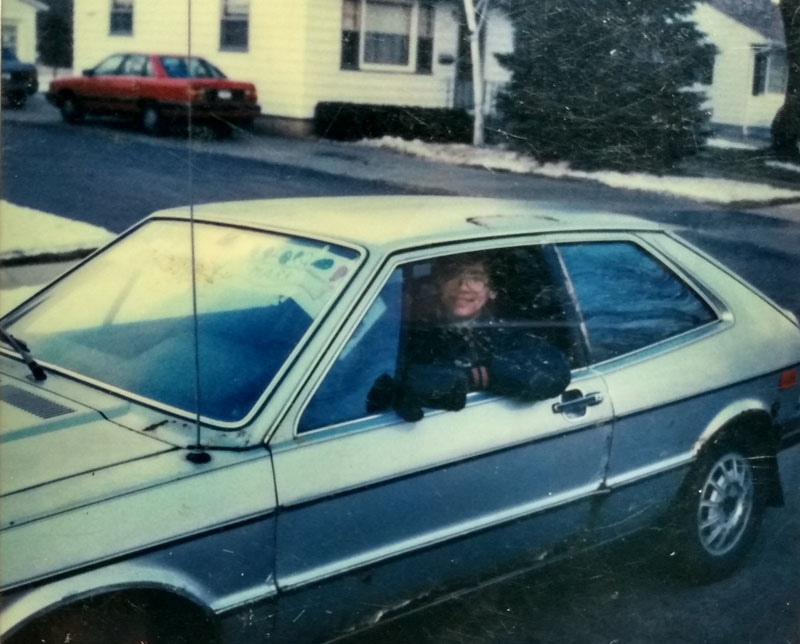 Sadly, the Scirocco was not long for this world: it had been in an accident some years earlier, and not repaired properly. The rust, to which all Volkswagens of the late 1970s were prone, attacked the left front corner of the unibody with a particular ferocity, and while I was busy fixing the exterior rust problems, the car was rotting away from the inside out. When it became unsafe to drive, and unrepairable, I had to send it to the junkyard. I may or may not have cried. Dad offered me his ‘85 VW Golf to use, and it took me on many adventures and misadventures during college. I’m not sure how much Dad knew about, but if he ever noticed the dings and scrapes, or how quickly it was accumulating miles, he never mentioned it. 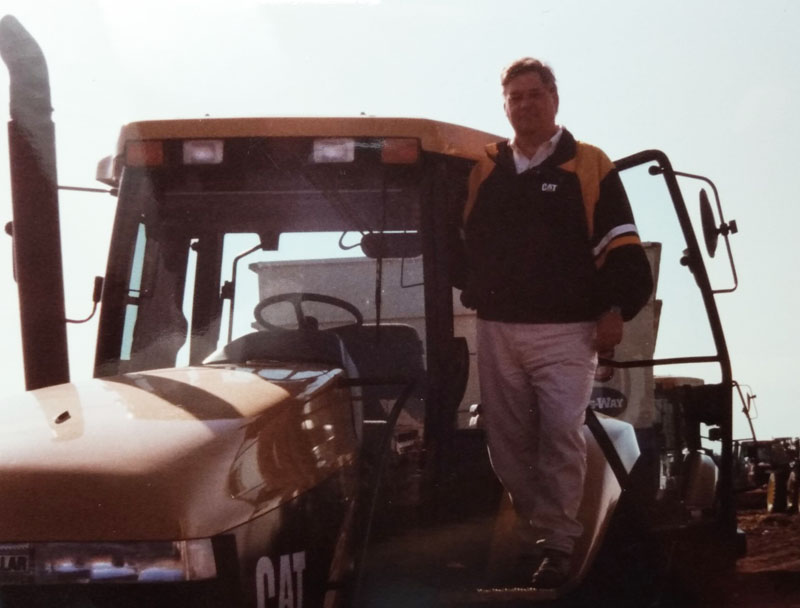 Dad worked for Caterpillar for nearly four decades, first in the design department working on hydraulic systems and excavator linkages and bucket designs, and later as part of the Challenger farm tractor team, as a quality and reliability engineer. He even had a couple of patents to his name through Caterpillar. I would love to have had the chance to introduce him to David and Huibert; they would have had a grand old time nerding out together. I wouldn’t have understood more than a tenth of it, but it would have been an epic conversation to witness. His work on the Challenger tractors took him to Winnipeg, Manitoba for a few years, and then to Harsewinkel, Germany for a few more. During this time, Dad discovered the joys of horsepower. 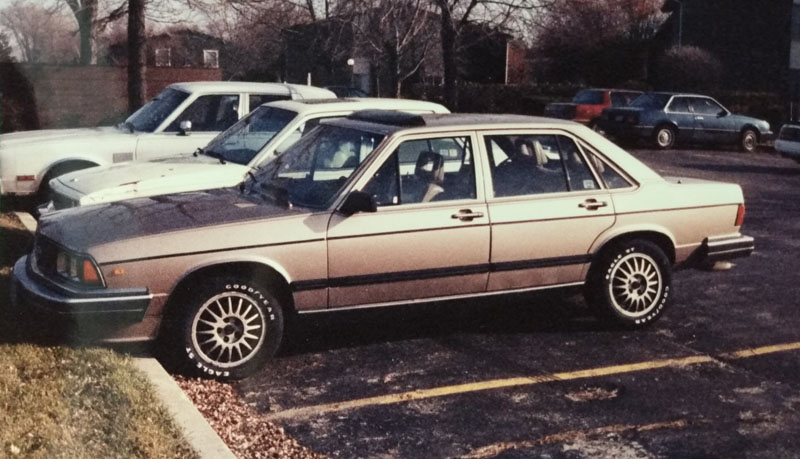 It all started with Audi. My mom, after finally getting her Master’s degree in psychotherapy and opening her own practice, treated herself to a new car – a bright red Audi 5000S (visible in the background of the Scirocco photo above). That car played a dark and disturbing role in my family’s history: it was in two serious wrecks, the second of which put Mom in a wheelchair. But the paramedics on the scene also said it saved her life, and Dad was sold: he replaced it with another Audi 5000, this one a turbo, and then another after that. The Audis were beautiful cars, but every bit as high-maintenance and trouble-prone then as they are today. Dad replaced the last one with a silver five-speed Ford Taurus SHO. That SHO remains to this day the car in which I have driven the fastest: 135 miles per hour, on the Kansas Turnpike. And yes, Dad was in the car with me.

When he lived in Germany, the SHO waited in storage, and he bought a 1990 BMW 730i to drive. He actually wanted to bring it back to the US with him, but sadly his assignment in Germany ended in 2001, and the big gray BMW was far too new to be imported.

Toys And Models, From Pinewood Derby To Pocher And Beyond

Looking back, having a mechanical engineer for a father was probably an unfair advantage when it came to the Pinewood Derby. We didn’t just build a car; we blueprinted it: precisely aligning the axle slots so it rolled free and true, adding weight until it was just a hair under the five-ounce limit (“in case their scale isn’t as precise as ours,” he said), carefully shaping and painting the body to resemble my favorite racing livery at the time – Jim Clark’s green-and-yellow Lotus 49. It worked; we won by a country mile. 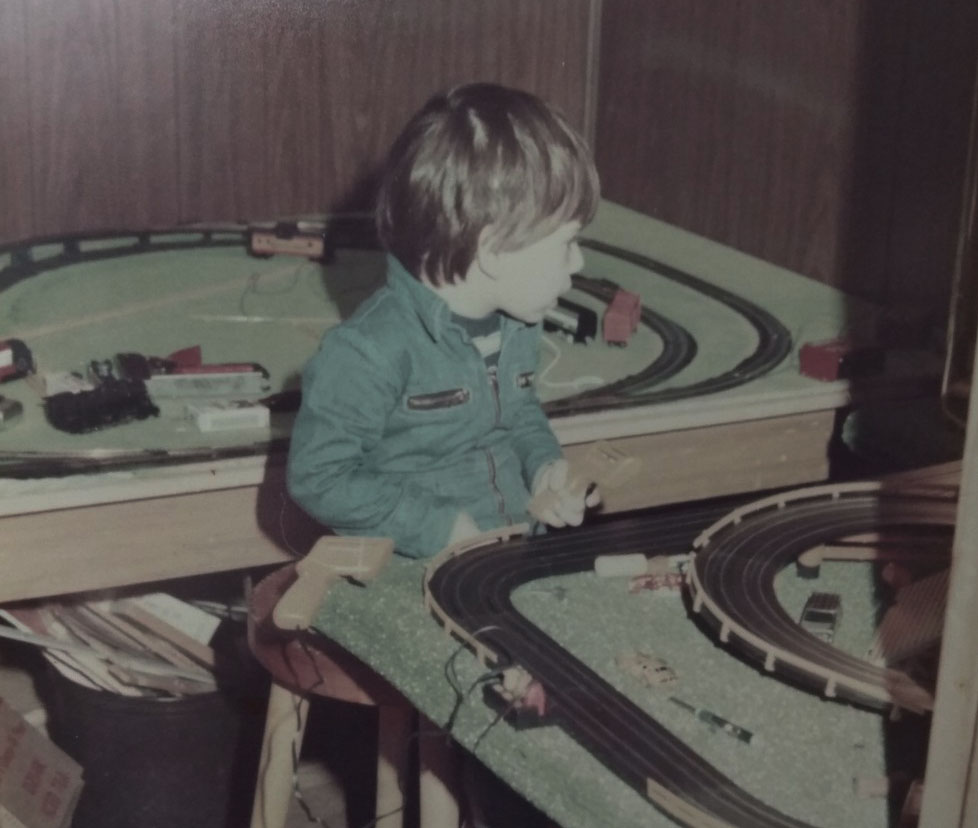 Dad wanted me to follow in his footsteps and become an engineer, I think, but I never had the math skills. (I am at best an engineering buff; I can appreciate good design and engineering, but I can’t do it myself.) But that didn’t stop him from supplying me with things to build: Lego and Erector sets, model car and airplane kits, Estes rockets, even those Radio Shack electronics kits with the spring-loaded terminals and bits of wire to connect everything. We built and flew control-line airplanes and raced slot cars and tackled a one-eighth scale Pocher model kit of a 1907 Fiat race car together. He was fascinated by my radio control cars as well, and even bought one of his own to chase Charly, his Pekingese, around the yard.

He Loved This Site, Too

Dad was so excited when I got the Shitbox Showdown gig. I’ve been writing since junior high, but this is my first real paid writing job, and he was thrilled. He visited this site every day, and not just to read my silly little column; he was a huge fan of Mercedes’s airplane articles, and Huibert’s deep technical dives as well.

He would call me to discuss the cars I chose, give me his opinion or tell some story about someone who had a car just like it, or tell me about some technical tidbit about them. He’d also call to tell me about something he saw Jay Leno do on YouTube, or the auctions he was watching on Bring A Trailer (purely window-shopping, but he loved doing it as much as the rest of us). I’m really going to miss those phone calls.

Last September, he came up to visit, and we went to the Portland All-British Field Meet in my MG. He was already getting weak, and having trouble walking, so we sat him down in the Columbia Gorge MG Club tent and he held court all day, swapping stories with the older folks in the club (which is everyone but my wife and me), and had a grand time. It was the last really good visit we had, and I’m thankful we got to do it.

So take a minute, if you will, to raise a glass (literal or metaphorical, your choice) to a guy who was, without a doubt, One Of Us – my dad, Joe Tucker. Goodbye, Dad. And thanks. 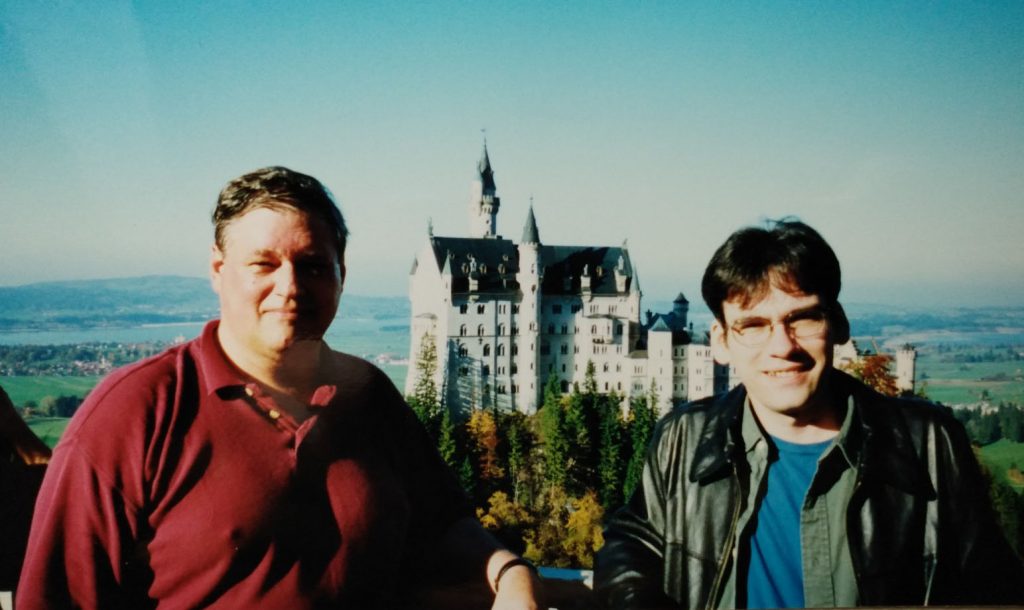 Pacific Northwest-based self-taught DIYer of all the things. Current fleet: 1971 MGB GT, 1989 Chevy K1500, 2013 Chrysler 300C, 2003 Infiniti QX4, and 1966 Aristocrat Land Commander trailer. Not to mention about 40 RC cars and around 100 model kits...
Read All My Posts »
PrevPreviousThe Citroën Xantia Activa Was The Family Hatchback That Could Out-Handle A Supercar: Holy Grails
NextA Lotus-Developed SUV Could Have Saved DeLorean: Our Daydreaming Designer Has The Imaginary ScoopNext