While many electric mobility solutions can seem at ideological odds with fun junky cars, I reckon the problem is that we haven’t seen many electric runabouts that are both small and practical enough to fill the right sort of niche. So how’s this for a niche? At CES 2023, Japanese company Icoma showed off the Tatamel, a folding e-bike that’s the perfect companion for those who own precisely zero reliable cars. 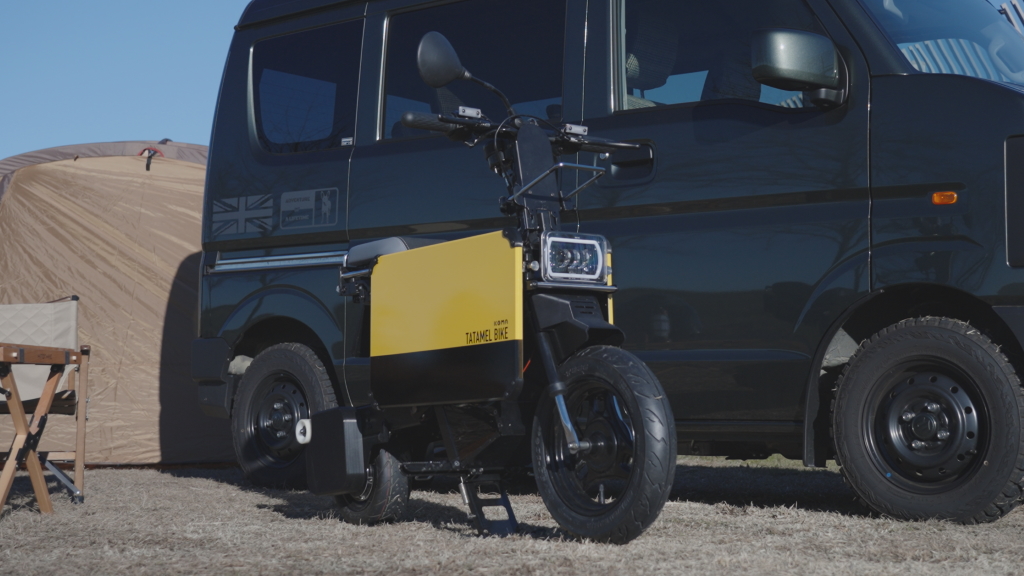 Old oleopneumatic Citroens, Soviet motors, neglected Porsches, even high-mileage Buick Reattas are all cool enthusiast cars that share one thing in common – they break. As such, owners of cars like these will eventually break down and need to hoof it to the nearest auto parts or hardware store in search of a bodge. The problem is that walking as the crow flies can be tiresome, and carrying a bunch of car parts on a used Boosted board will make you feel and look like an uncoordinated spy kid. The Tatamel solves this issue by being a charming e-bike you can fit in your trunk, like a Motocompo for the electric age.

First up, the obvious big draw: The Icoma Tatamel folds. Not only do the wheels and handlebars fold up for compact storage, the whole folded package measures just 27.2 inches by 27.2 inches by 10.2 inches, or about the size of a 265/40R19 tire, so it should be able to fit in all sorts of trunks. Given the Tatamel’s nifty folding nature, it shouldn’t be surprising to hear that the company’s founders used to work for Takara Tomy, the Japanese maker of Transformers toys. Then there’s the way the the bike itself can act as a workshop on the go. Optional side panels can fold out to become tables for rebuilding fiddly components. There’s power on board to charge your phone and light, and you can option it to put out up to 600 watts of AC power for charging tool batteries.

So what about riding performance? Well, top speed is capped at 25 mph, but range with the standard 12 Ah battery is up to 20 miles, and will likely be much longer with the optional battery add-on that takes things up to 29 Ah. Both the 10-inch front wheel and 6.5-inch rear wheel are attached to proper suspension, so don’t expect the Tatamel to be a bone-shaker either. It ought to do the job just fine despite its diminutive dimensions. 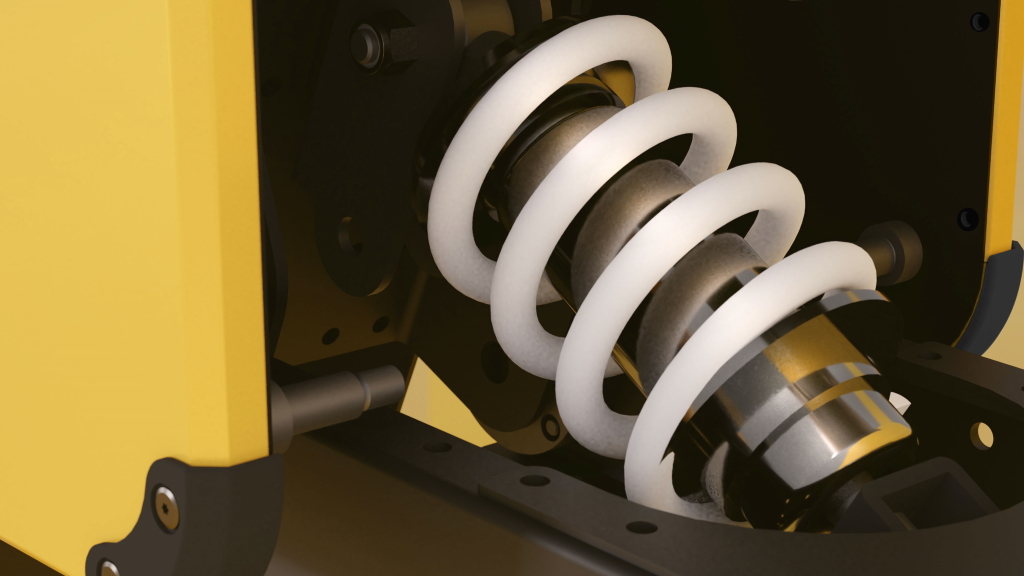 In fact, the only downside to the Icoma Tatamel is that it isn’t cheap. Pricing in Japan starts at the equivalent of $4,000, which is a lot. However, it’s not that bad compared to the alternative. A Plus roadside assistance plan from AAA costs $94.99 per year and only includes four tows per year with towing range of 100 miles. Plus, AAA typically only tows to home or a repair shop. If you break down on the road a lot, the Tatamel could pay itself back in just a few years and still be a fun way to zip around once you reach your destination. Or at least, that’s one way I’d try to justify buying an adorable e-bike to my family. 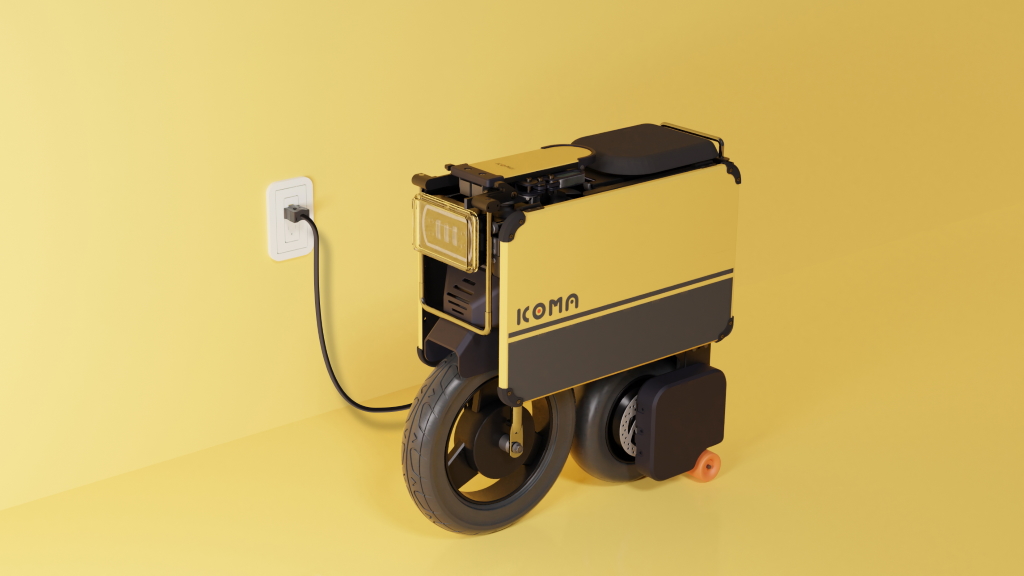 Mind you, tiny electric vehicles like the Icoma Tatamel aren’t legal everywhere, but that’s changing. Mass Transit Magazine reports that the National Association of City Transportation Officials took a look at e-bike and e-scooter sharing and found an awesome trend. Americans took more than 313 million trips on station-based e-bikes, dockless e-bikes, and dockless e-scooters between 2019 and 2021, a massive increase over the roughly 7.22 million trips taken from 2010 through 2012. These adult-sized fun machines are more popular than ever, which has led to more and more cities legally permitting use on public streets. 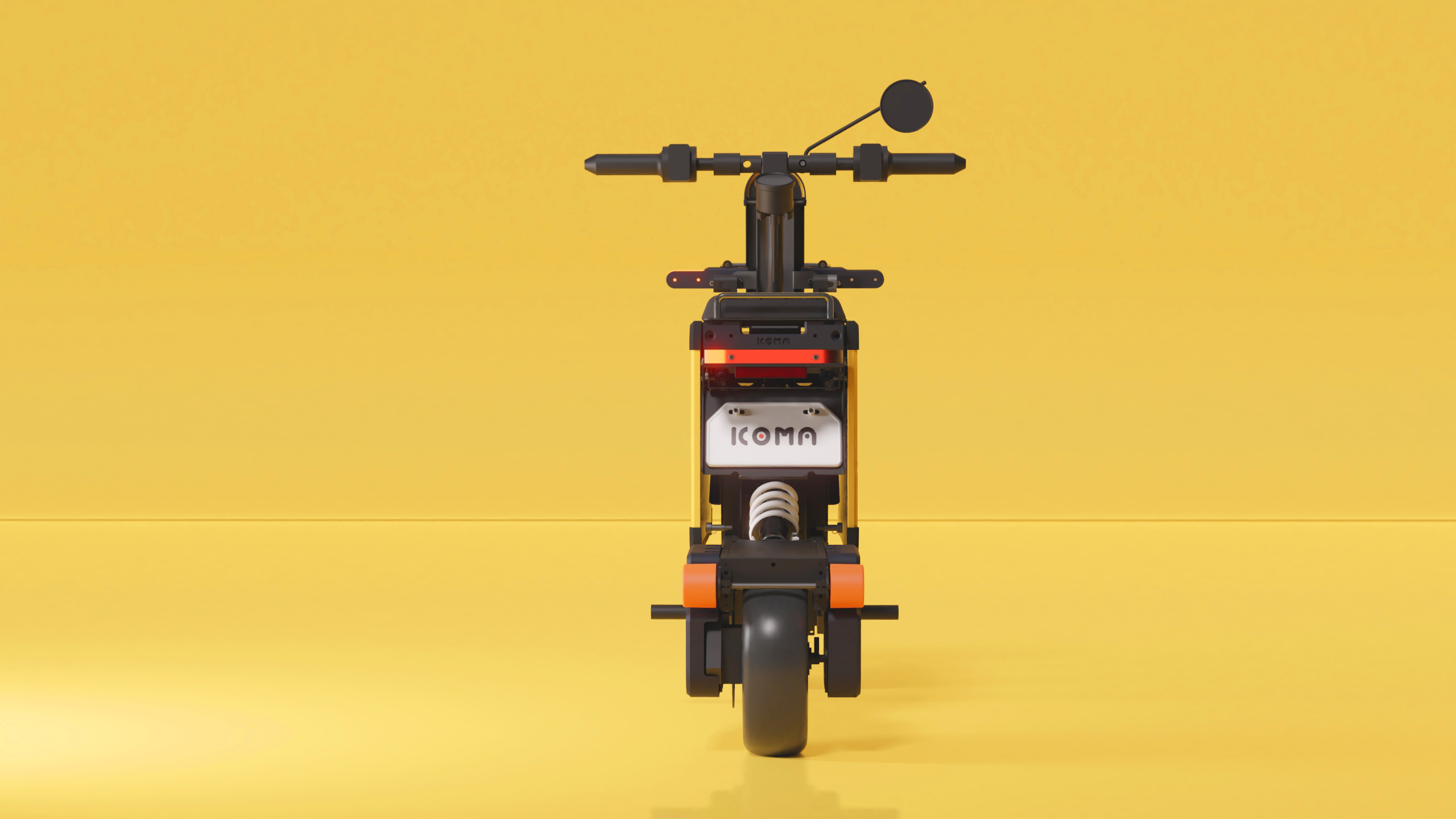 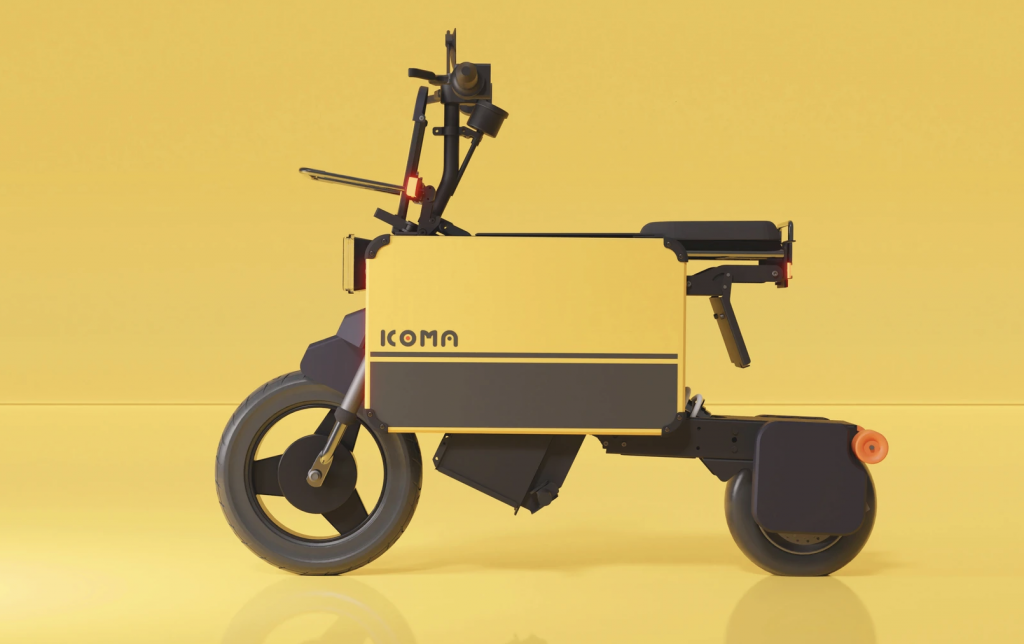 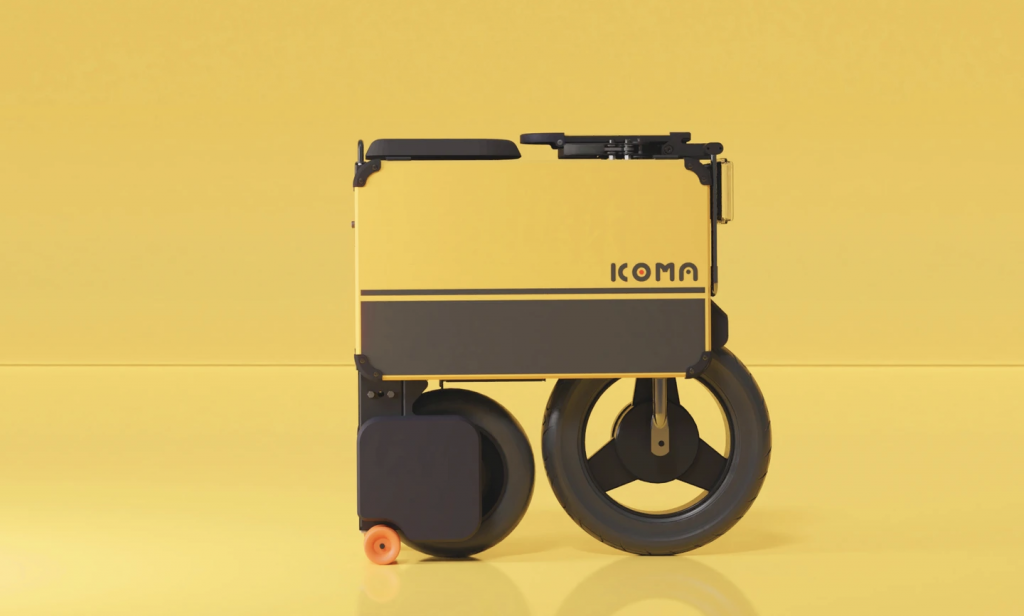 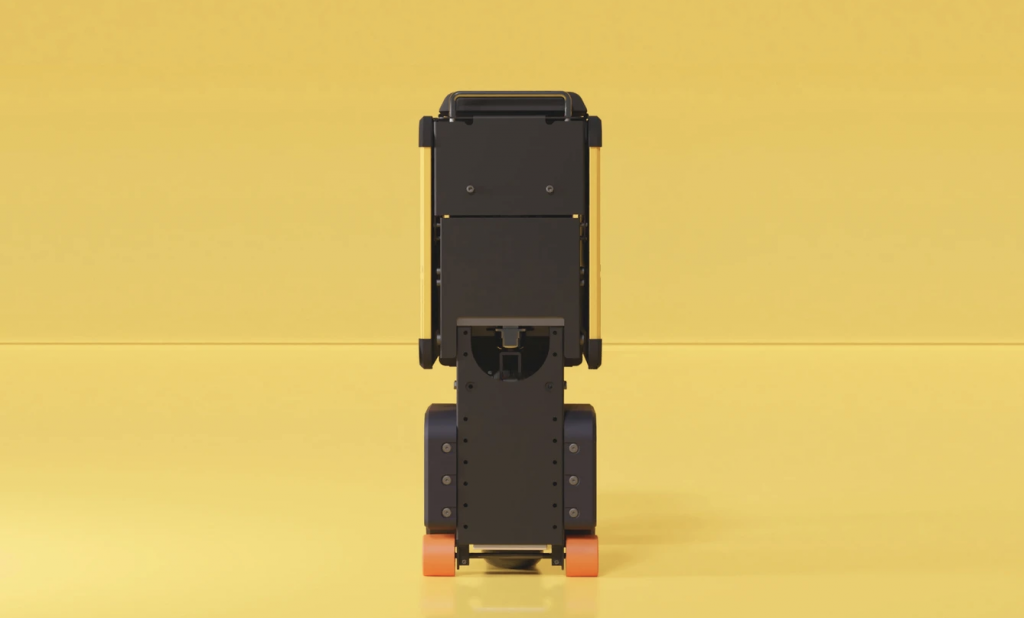 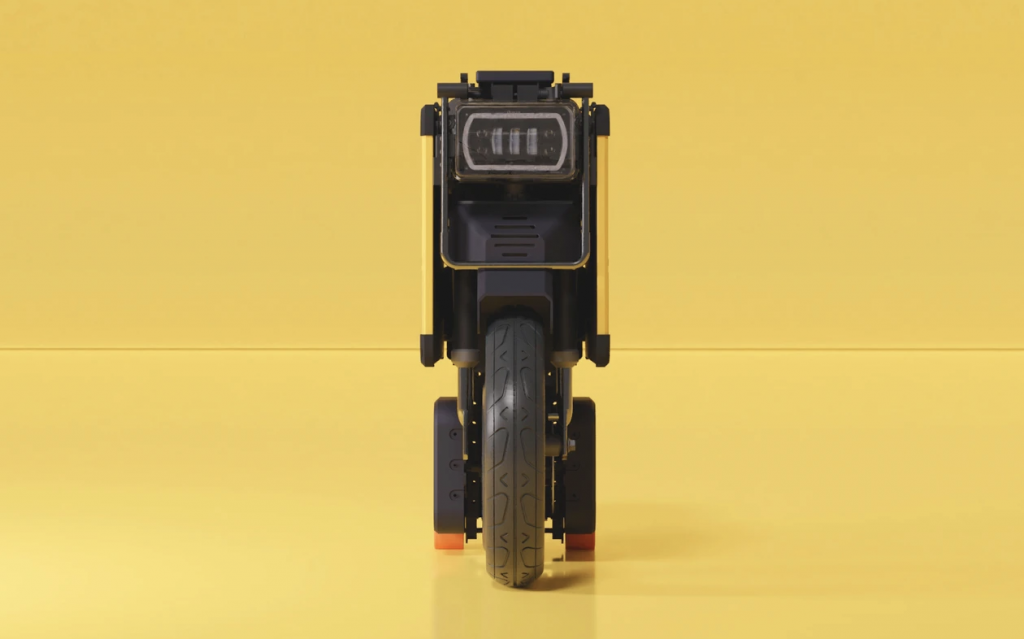 Sadly, my home city of Toronto isn’t a huge fan of pedal-less e-bikes or e-scooters, but hopefully that’ll change. These tiny e-mobility solutions like the Icoma Tatamel are great for scything through rush hour, getting a bit of fresh air, and generally enjoying fair-weather seasons. Maybe the little runabout EVs we really need aren’t cars after all, but can still fit well with automotive enthusiasm. Indeed, it seems like the people at Icoma are car people like all of us. A scroll through company founder Takamitsu Ikoma’s Twitter account conjures up pictures from a DAMD styling car show, reminiscing over Fiat Barchetta ownership, and numerous other automotive pursuits. Fun cars and e-bikes sharing the same world, now that’s a wonderful concept.

This Electric Motorcycle Is Almost The Perfect Commuter For Just $8,000

Citroën Is Making Another Batch Of Their Goofy $10,000 Electric Beach Buggy

Thomas is a Nu Rave-blaring, heel-toe downshifting, maple syrup-swilling, chassis-geeking, junkyard parts-hauling, floppy-haired scenester who's been writing about cars since college. His current ride is a 2006 BMW 325i with the six-speed manual gearbox. Instagram: @thomas.hundal Twitter: @thomashundal
Read All My Posts »
PrevPreviousTales From The Slack: How We Pick Headlines For Stories
NextSee If You Can Figure Out What This Engine Block At A Disneyland Star Wars Ride Was FromNext