Good morning, and welcome back to Shitbox Showdown! This week, I actually remembered to do the Two-Door Tuesday thing, so we’re going to look at a pair of compact standard-cab pickups – you know, the kind of trucks we all want, but nobody makes anymore because people stopped buying them. But before we get there, let’s look at our retro-mobiles from yesterday:

The Bug takes the win! I’m guessing the manual had a lot to do with it. All I know is, based on the comments, if either VW or Chrysler (I mean, Stellantis) ever figured out how to make a car run on pure refined vitriol, they’d solve the world’s energy problems. Lots of folks were, shall we say, not fans of either choice.

But you all like little trucks, right? Especially the good old body-on-frame single-cabbers with manuals? Good. I’ve got a pair of them for you to check out, both in the Los Angeles area. 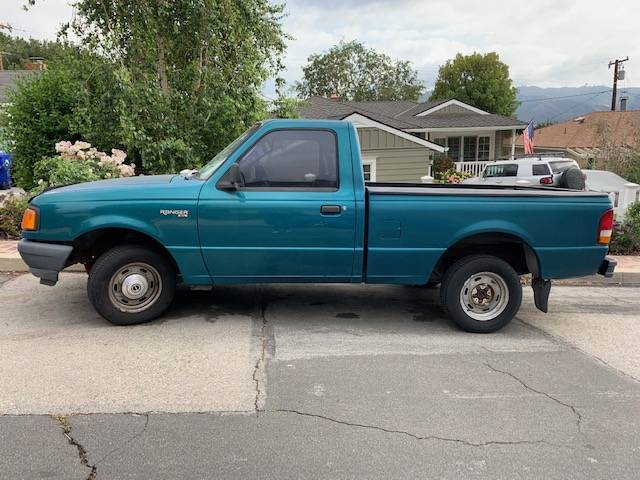 Ford’s compact Ranger was the universal default small truck for, what, three decades? This little wonder has hauled mountains, half a ton at a time, to the moon and back, thousands of times over. It has towed trailers full of landscaping equipment, kept the beaches safe, and just plain bombed around as only a good little truck can, for gazillions of miles. 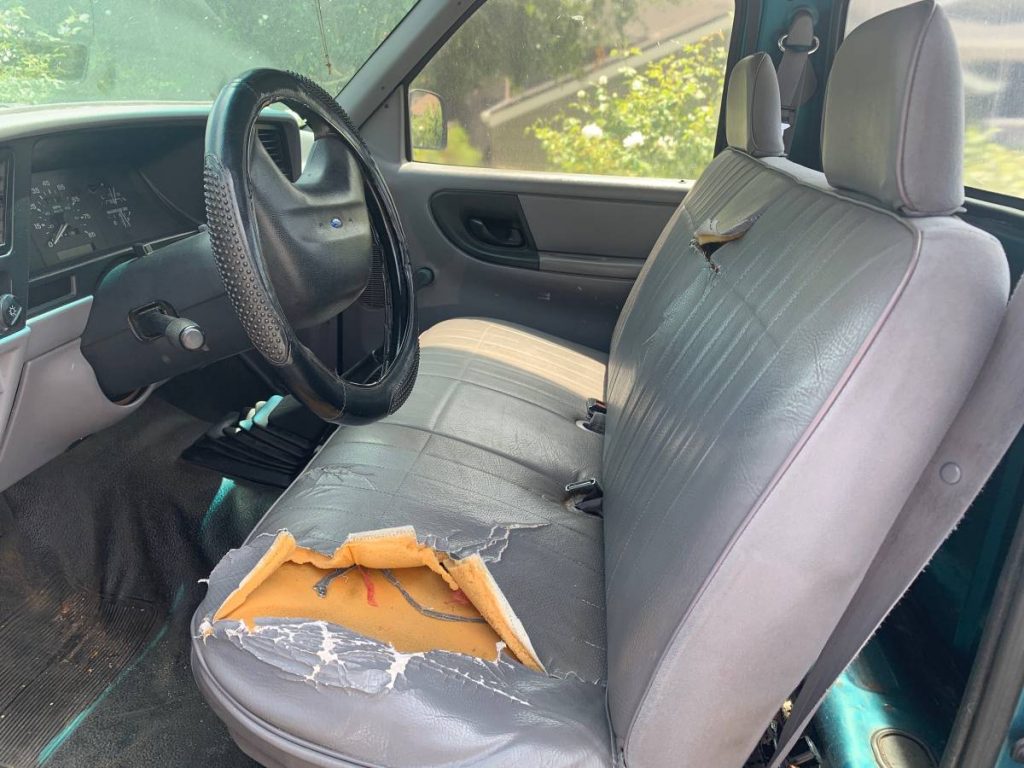 This looks like a fairly basic Ranger, with a vinyl bench seat, rubber floors, and those bare-bones 14 inch wheels that always look too small on these. It does have an optional V6 engine, but the seller doesn’t specify whether it’s the 3 liter Vulcan or the 4 liter Cologne variety. It is also equipped with air conditioning – though there’s no mention of whether it works – and a “Berliner.” I believe the seller is confusing a truck accessory with the speech JFK gave at SEMA in which he declared, “Ich bin ein bedliner.” 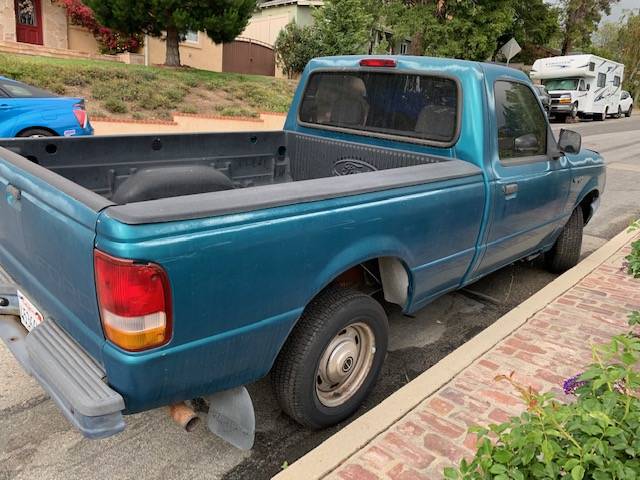 One thing this truck does have going for it is possibly Ford’s best color of the 1990s: teal. It looked good on Rangers, Escorts, Mustangs; hell, even the Windstar looked better in this color. It also has a period-correct Pioneer tape deck. The labels are worn off most of the buttons, but it should still play your Hootie & The Blowfish cassette just fine. 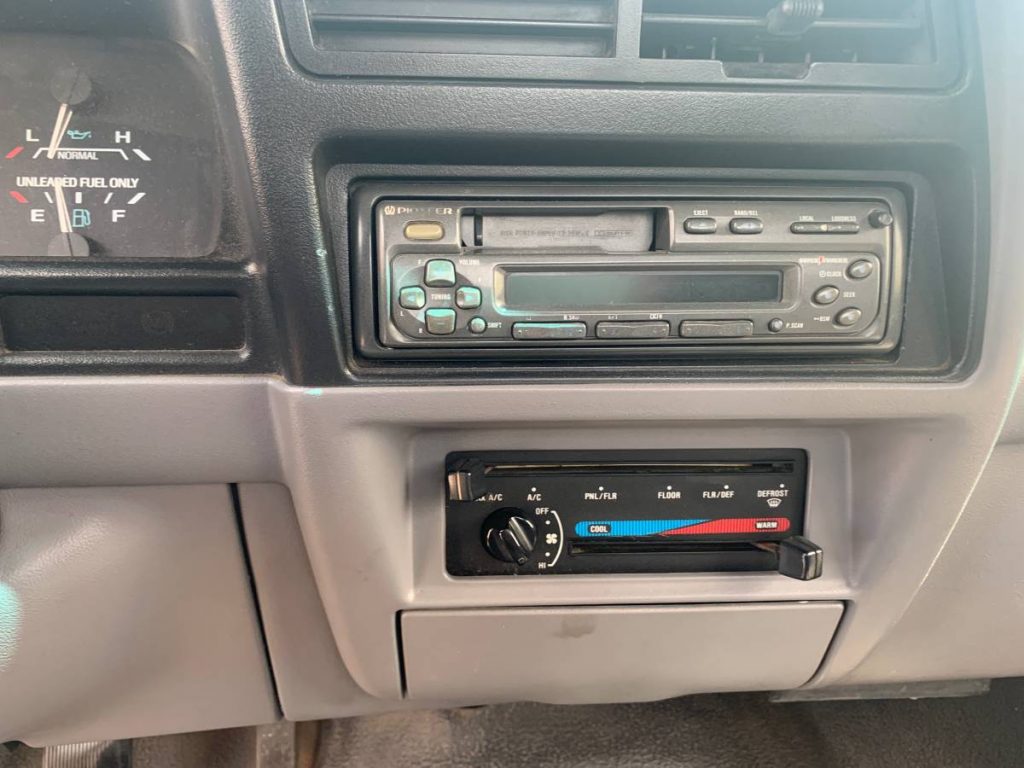 The seller says it runs well but “needs minor work.” You’d have to ask the seller what that means. It does look like a solid little truck, and if a test drive and an inspection don’t turn up anything major, it looks like a good deal. 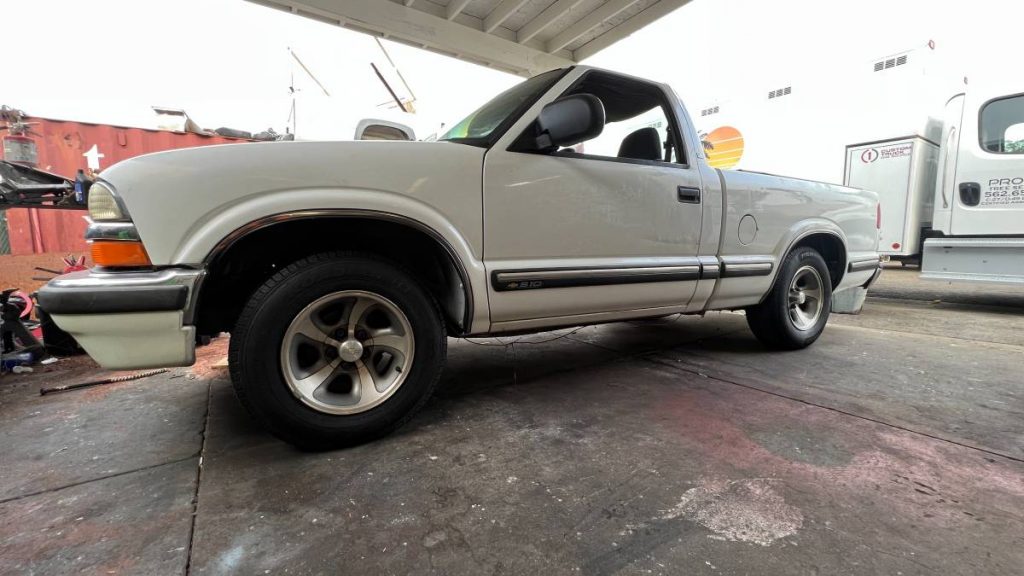 The Ranger’s crosstown rival, Chevy’s S-10 and its twin the GMC S-15/Sonoma, also sold like hotcakes, but often seemed set up for play rather than work. Even this plain white S-10, part of a fleet, looks sportier than most Rangers, especially when equipped with what are the best-looking factory alloy wheels of the ’90s and 2000s. 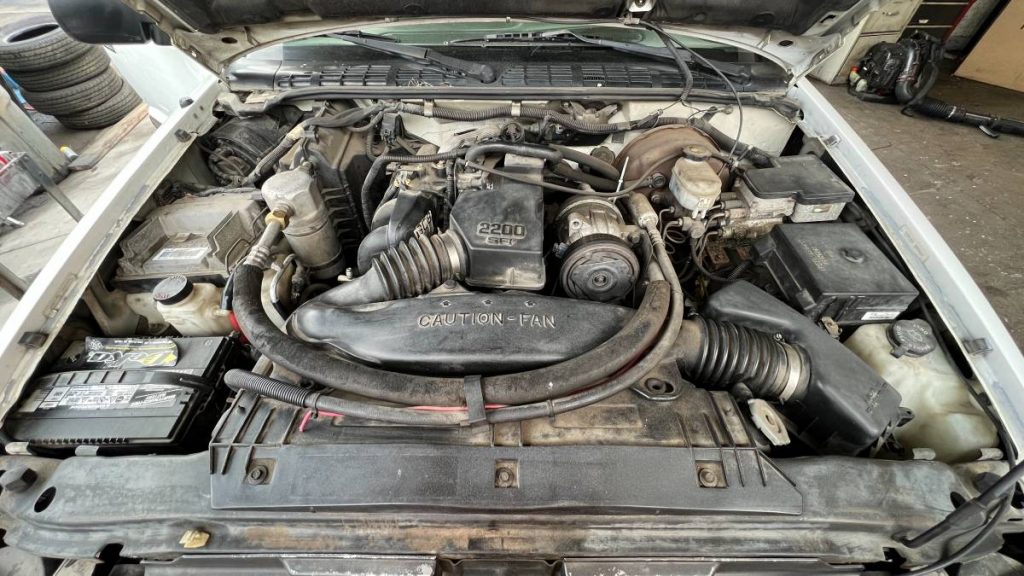 This S-10 has a decidedly working-class engine, a 2.2 liter pushrod four-cylinder inherited from Chevy’s Cavalier. It’s not the most refined or brawny powerplant, but it is sturdy. This truck is also equipped with air conditioning, but the seller says it doesn’t work. 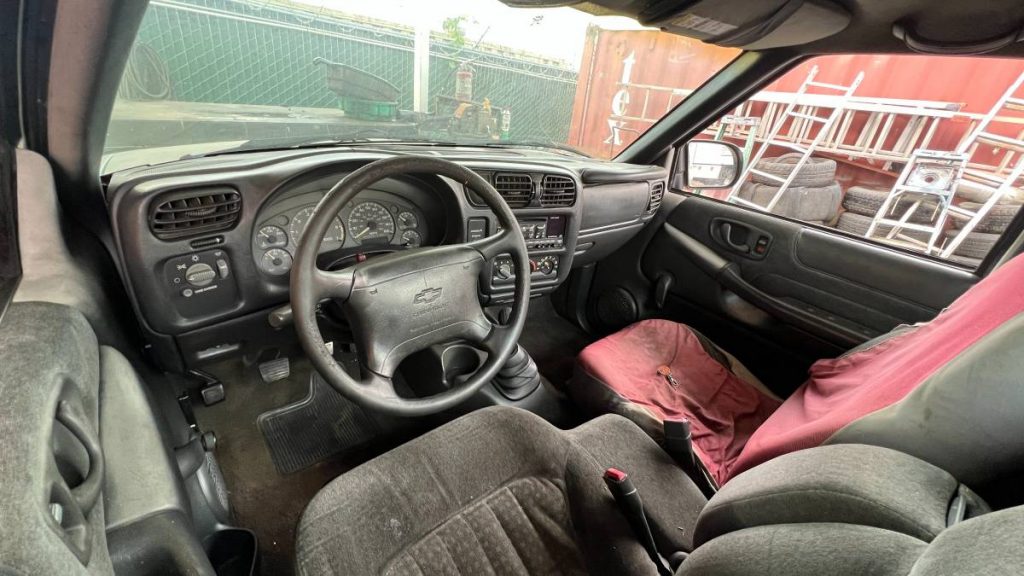 This S-10 is also a little nicer inside than the Ranger above, with such sumptuous luxuries as carpet and cloth upholstery. It has what I guess you’d call a split bench seat, but I would hope they didn’t intend to actually make someone sit in the middle. 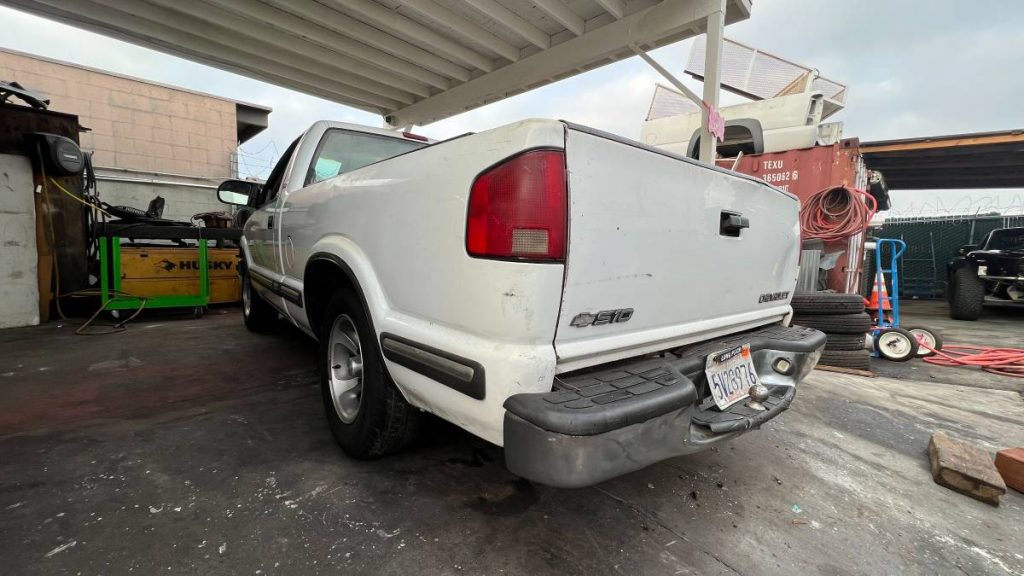 This truck has a heap of miles on it – 280,000- but the seller says it still runs well, and the tags are current. It’s a little banged up, but not bad at all. There’s no mention of what sort of fleet it was part of, but I think it’s safe to assume it spent its life in the Los Angeles basin, gathering those miles one stoplight and on-ramp at a time. Its price feels a little steep to me, but maybe that’s just where the market is these days.

Little trucks like this are supremely useful, and sorely missed. Luckily, they wear like anvils, and are simple enough to fix by yourself, so the remaining ones should be around a long time. Either one of these would make a good little runabout work truck; which one will it be?