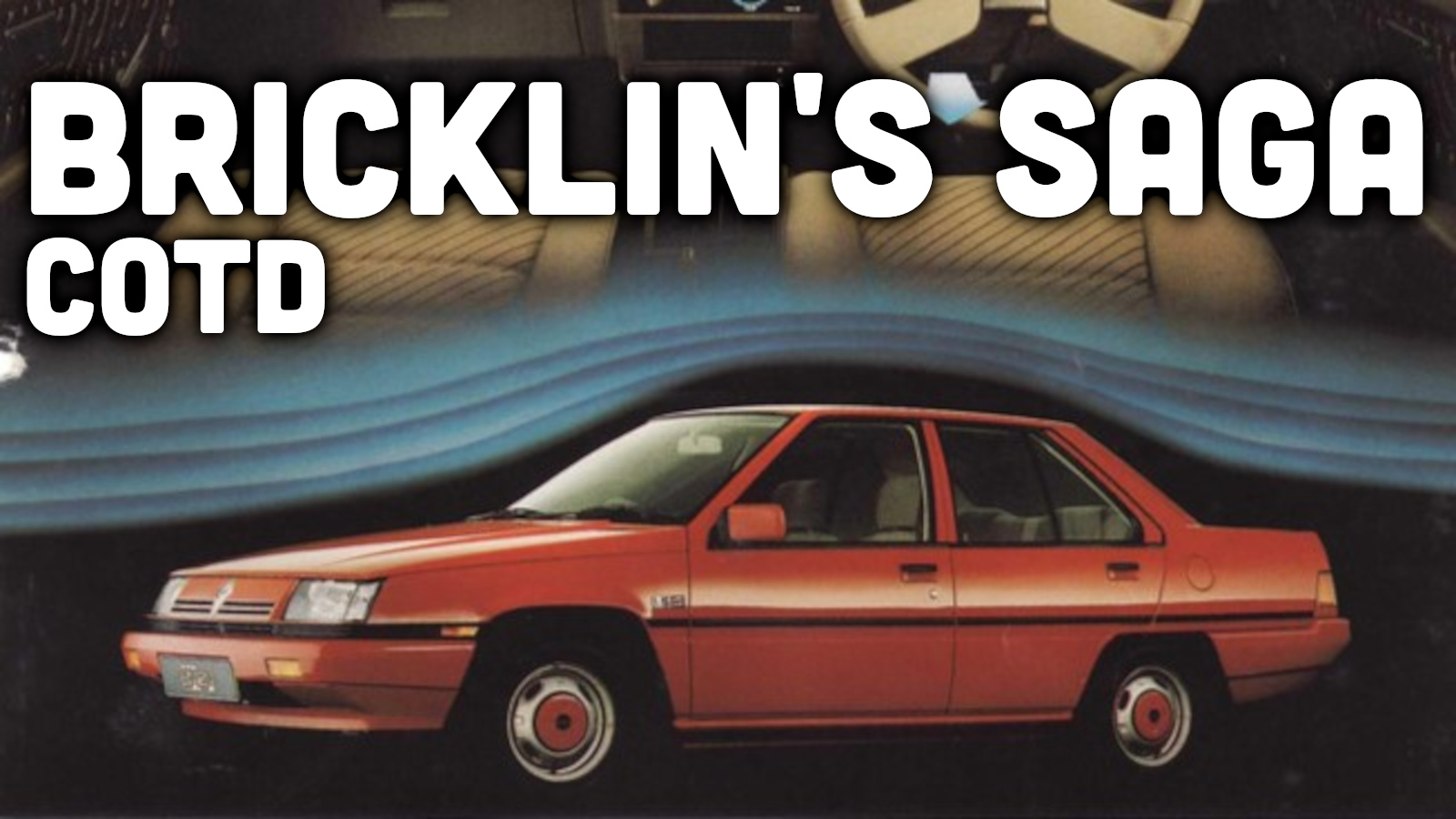 Sometimes, when we write a story readers will get an additional article in the comments. The beauty of a community like ours is that a lot of you are experts in the cars you love, and sometimes you get your time to shine. Sometimes, that time is when we write about how Mattel is celebrating 40 years of making Hot Wheels in Malaysia by introducing the 1985 Proton Saga as a Hot Wheels car. Then you get to learn how Malcolm Bricklin just really loved importing cars and selling them for dirt cheap.

Yesterday, Jason wrote about how Mattel is finally going to make the 1985 Proton Saga into a Hot Wheels car. While initially baffling, there is a good explanation for this. The diecast car maker has been putting together sweet scale cars out of its Perai, Penang plant that’s called Mattel Malaysia Sdn Bhd. I have hundreds of cars built by this plant sitting in a suitcase in my closet. About a decade ago I laid them all out on a bar in my parents’ basement. Check out this sweet picture probably taken by an iPhone 4.

To celebrate this occasion, Mattel has decided to put Malaysia’s first mass-produced car to be built and sold by a Malaysian company into production as a Hot Wheels car. That means that you’ll be able to score a 1985 Proton Saga for your personal collection. I wish Mattel made more cars like these into Hot Wheels cars!

But for some of you, the mention of the Proton Saga didn’t conjure up images of adding one to your diecast fleet, but of the man that tried to bring the real car to America. Reader mbricolage first fired off this comment:

If I’m remembering the story correctly, Malcolm Bricklin was going to import the Saga to the US after the Yugo was inevitably a massive sales success.

Because “just import a car from an emerging market so that you can advertise that you’re selling the cheapest car in its class” is definitely an infinitely-repeatable plan.

This is true. As I read it, he wanted a four-door because that was a sticking point for many in the price bracket. But Zastava didn’t make one. So he went looking for other cheap car manufacturers and found Proton. The agreed to the deal with Bricklin and everything was going swimmingly until Mitsubishi got wind of it. The Saga was essentially a Mitsubishi built under license for Malaysia, but that license did not include export to the U.S. Which was a huge sticking point because Mitsubishi was about to enter the U.S. market themselves and didn’t want to be competing with an even cheaper version of their own product.

The amazing thing is that Proton America actually did achieve certification for the Saga, and as I recall there were about a half-dozen U.S.-spec examples assembled. I have always wondered if they still exist somewhere, talk about a piece of Malaise-era automotive history!

I’m a Yugo owner and a few years ago I happened to find a Proton America media launch kit on eBay. They had dealers signed on already and were ready. It’s really fascinating stuff.

Sure enough, there are reputable sources backing Sexton’s story up. Here’s a blurb from the Los Angeles Times:

Malaysia’s money-losing national auto manufacturer, Proton, has signed an accord to distribute its Proton Saga car in the United States. Proton America Inc., headed by Malcolm Bricklin of Bricklin Industries, will import the car into the world’s biggest car market.

And here’s another article from the same source, explaining how the Saga was supposed to hit our shores in 1988. Analysts at the time predicted by 1990, 1.2 million small cars a year would be coming from “underdeveloped nations,” providing lower-cost alternatives to Japanese competition. Bricklin, the distributor of the Subaru 360 (Yes, Bricklin started Subaru of America by importing a dirt cheap little cars from Japan), Yugo, and creator of the Bricklin SV-1, formed Global Motors Inc. to distribute both Sagas and Yugos. Bricklin ended up selling his stake in Global Motors and just two years later, Global Motors itself went belly up, never delivering on the plans to sell Sagas here.

This will be worth its own look at a future date, but we’re blown away by this. Where else can you read an article about Hot Wheel cars and learn some obscure car history on the side? So today’s COTD goes to mbricolage and Matt Sexton for this awesome bit of trivia. This nomination comes from our own David Tracy, who jokes that while these comments were made yesterday, there’s no rule that the comment has to be from today. I suppose he’s right!

Make $80 An Hour From Home With This One Quick Trick: COTD

Mercedes is a lifelong fan of all things powered by an engine. When she isn't driving one of her five Smart Fortwos or her 14 other vehicles she could be found in the cockpit of a Cessna 172 or perhaps swimming in any body of water that she could find. She also has a deep love for buses of all kinds. Please send her buses. mercedes@theautopian.com Instagram: @mistymotors Twitter: @Miss_Mercedes30 Facebook.com/neonspinnazz
Read All My Posts »
PrevPreviousKaiser Darrin, TVR Griffith, Fiat Panda 4×4 Sisley: Mercedes’ Marketplace Madness
NextLowrider Car Culture Is Totally Underrated And The Incredible Automotive ‘Cathedrals’ At The LA Auto Show Prove ItNext