The long weekend ahead means time away from the computer and thankless work for most Autopians. However, with the new semester, the Bishop’s work is just beginning…and I could use your help.

From washing test tubes and grading papers to helping a professor move his hot tub (seriously…it happened), the life of a graduate student is really about two or three notches up from being in a Turkish prison. The Bishop should know…I never thought that getting my Masters in Automotive Exterior Lighting would be so difficult, but here we are.

The level of pain a student experiences is usually proportional to how big of a douchbag the instructor you play obedient acolyte to is, and if your advisor is the great Dr. Torchinsky, you’re gonna have a bad time. This guy is, by his own admission, ‘the greatest taillight scholar of modern times’, and his ability to use his pool of MAE candidates for slave labor is unparalleled. In addition, he has so much tenure he could practically smoke weed naked in a classroom and not get fired.

My latest task for The Great Doctor involves a bug he has up his ass about the sequel to the famous ‘Late Cold War-Era Default Car Face’, a discovery that won him an Amber Filament Medal.

If you don’t remember what the ‘LCWEDCF’ (pronounced luke-WED-cuff) is, here is how he describes this seemingly unnoticed styling trend:

If you look at cars from around the early 1980s to the early ‘90s, you may notice one pervasively common theme throughout that decade: a front end design incorporating a very clean and logical arrangement of elements. A front end incorporating wraparound indicators at the corners, a pair of rectangular headlamps, and a simple, usually black, mostly flat grille between them.

I call it the Late Cold War-Era Default Car Face, and it was everywhere.

Here’s a layout of the ‘face’ and a few examples: 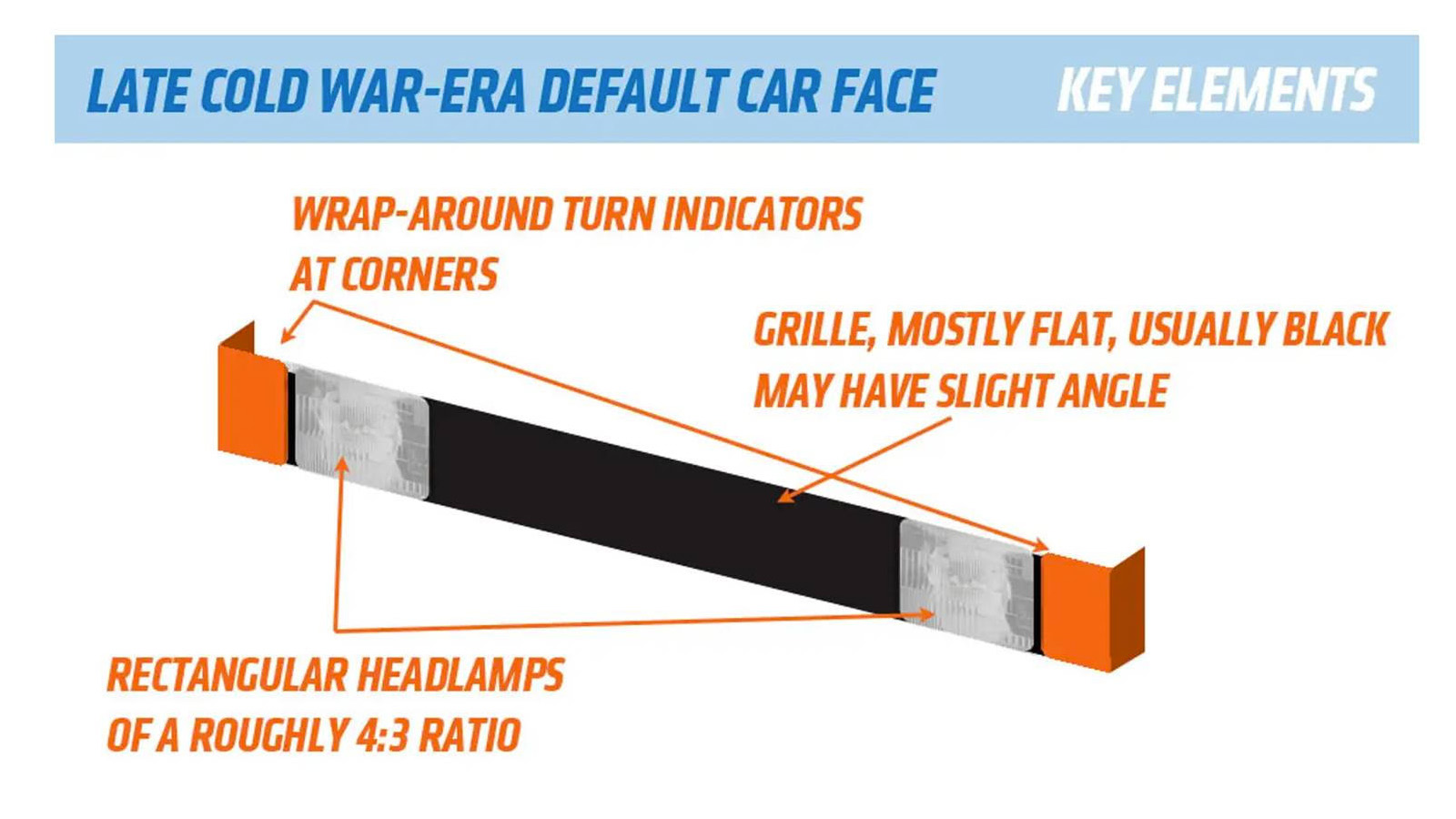 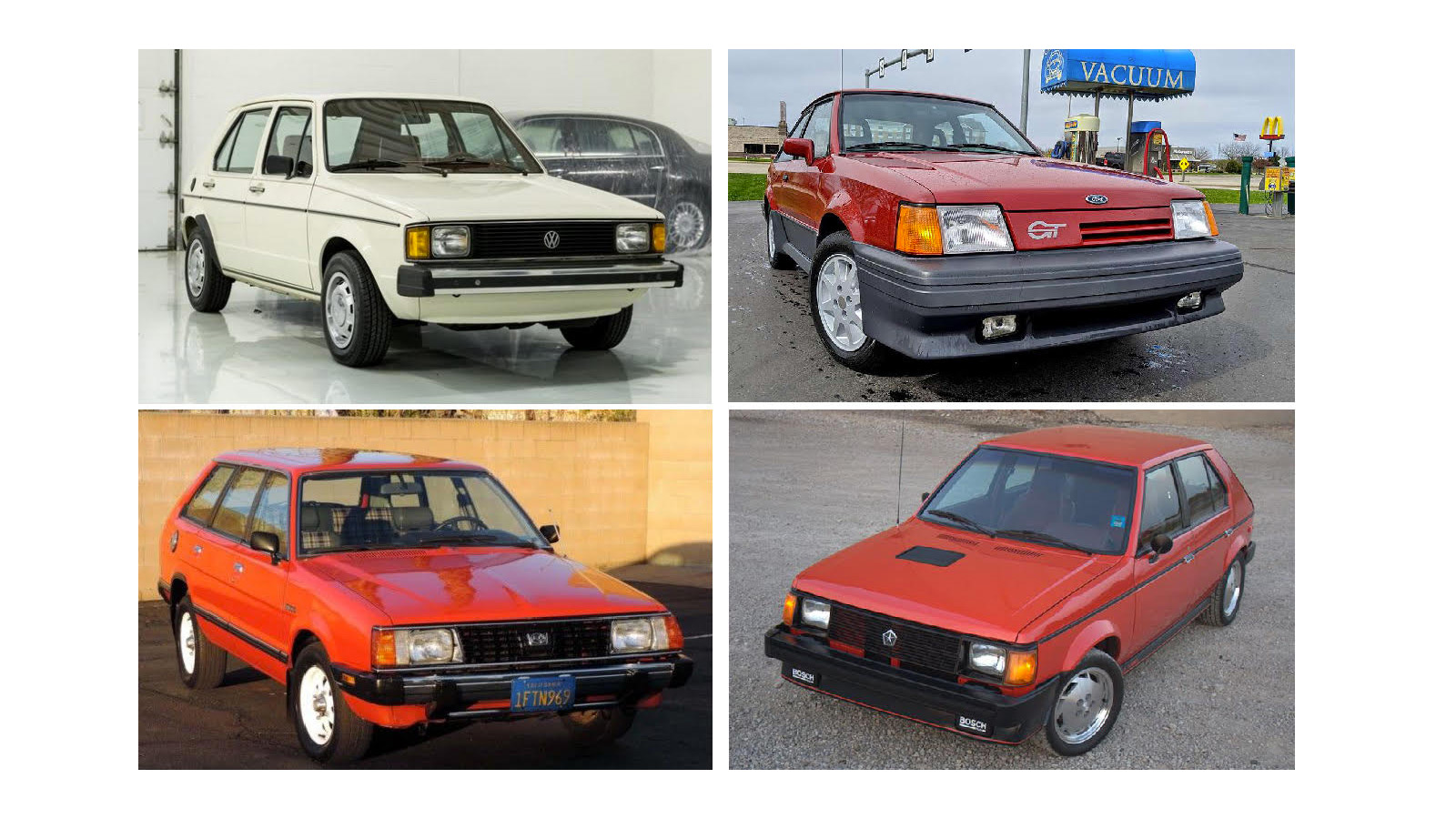 All of these schematics and verbiage to say that a bunch of cars from the era of leg warmers had the same damn front end. Now, however, Torchinsky was CONVINCED that there had been another epidemic during this time: the Late Cold War-Era Default Car Taillamp.  Thankfully, he was going to ‘let me go ahead and spend the weekend’ researching examples of this so-called trend. Wonderful.

But what, exactly, is this ‘Default Taillamp’ I needed to be looking for?

The way the Great One described it to me, the (primarily) rectangular shape of this taillamp design is divided into three sections of amber, red, and white for turn signal, brake/taillamp, and reversing light. Proportionally, the red section should be equal to at least the combined width of the amber and white sections…kind of like a box of Neapolitan ice cream with too much vanilla in the middle, but the vanilla is replaced by cherry: 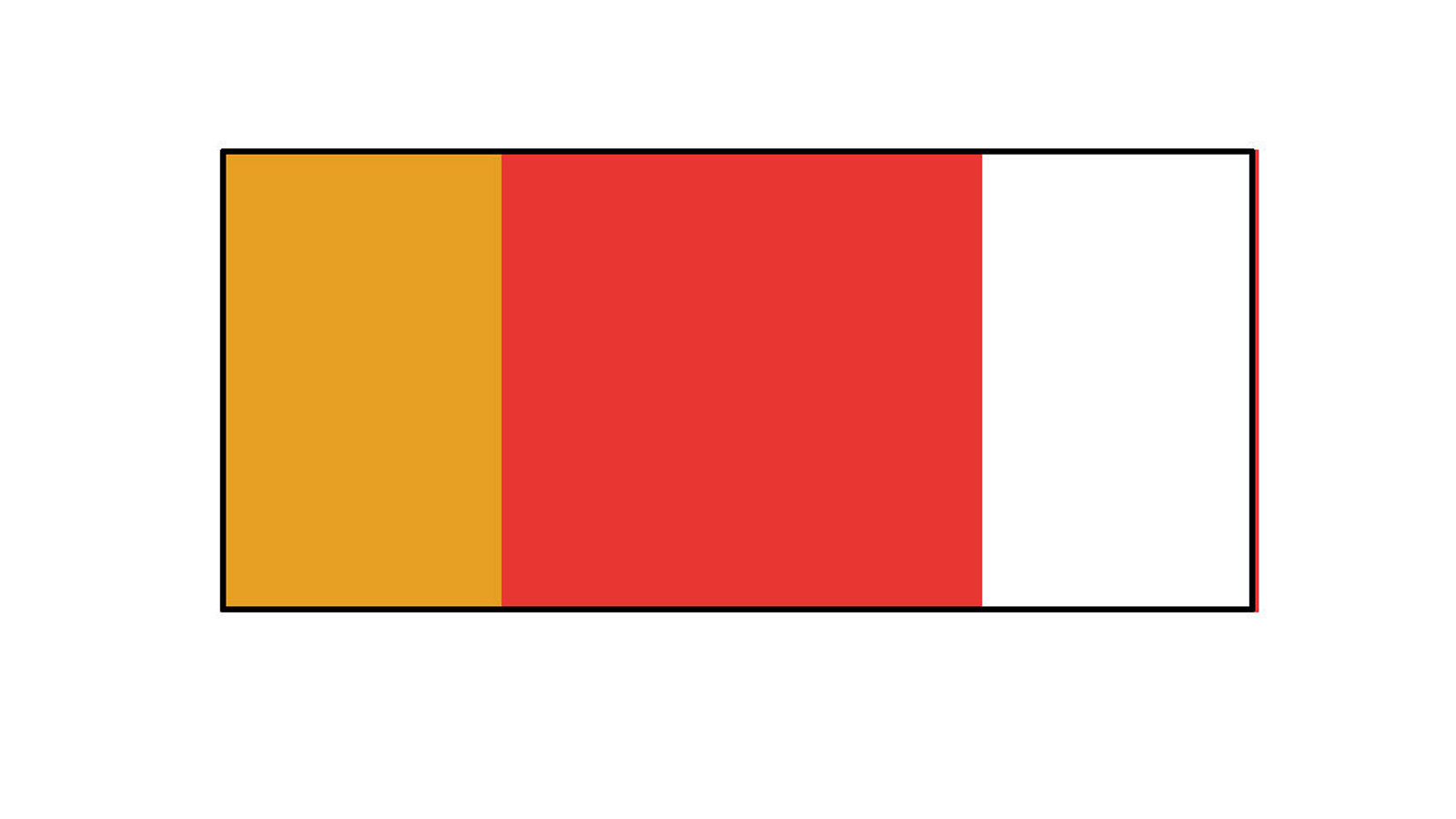 [Editor’s Note: I’ve actually discussed this color order once before, but in a sort of different context, comparing this well-known order to the red-amber-clear order. Is this order and general shape alone enough to qualify as an independent taillight design? Perhaps! – JT]

I fire up the laptop and get cracking on this unenviable task. About three minutes into my research I came to a startling realization: the poor fucker was right.

This taillight design was seemingly on every other car built from the mid-1970s up through the 1990s. Here’s a bunch of examples…left to right, top to bottom….how many can you identify? (answers here)

The bigger question is…which ones am I missing? I know that there are more cars out there with this ubiquitous tri-colored lamp, and the great hive mind can tell me…can’t you?

I’m tired, y’all….seriously, ANY assistance you can offer on my path to get a goddamned Masters degree from this dickhead will be appreciated!