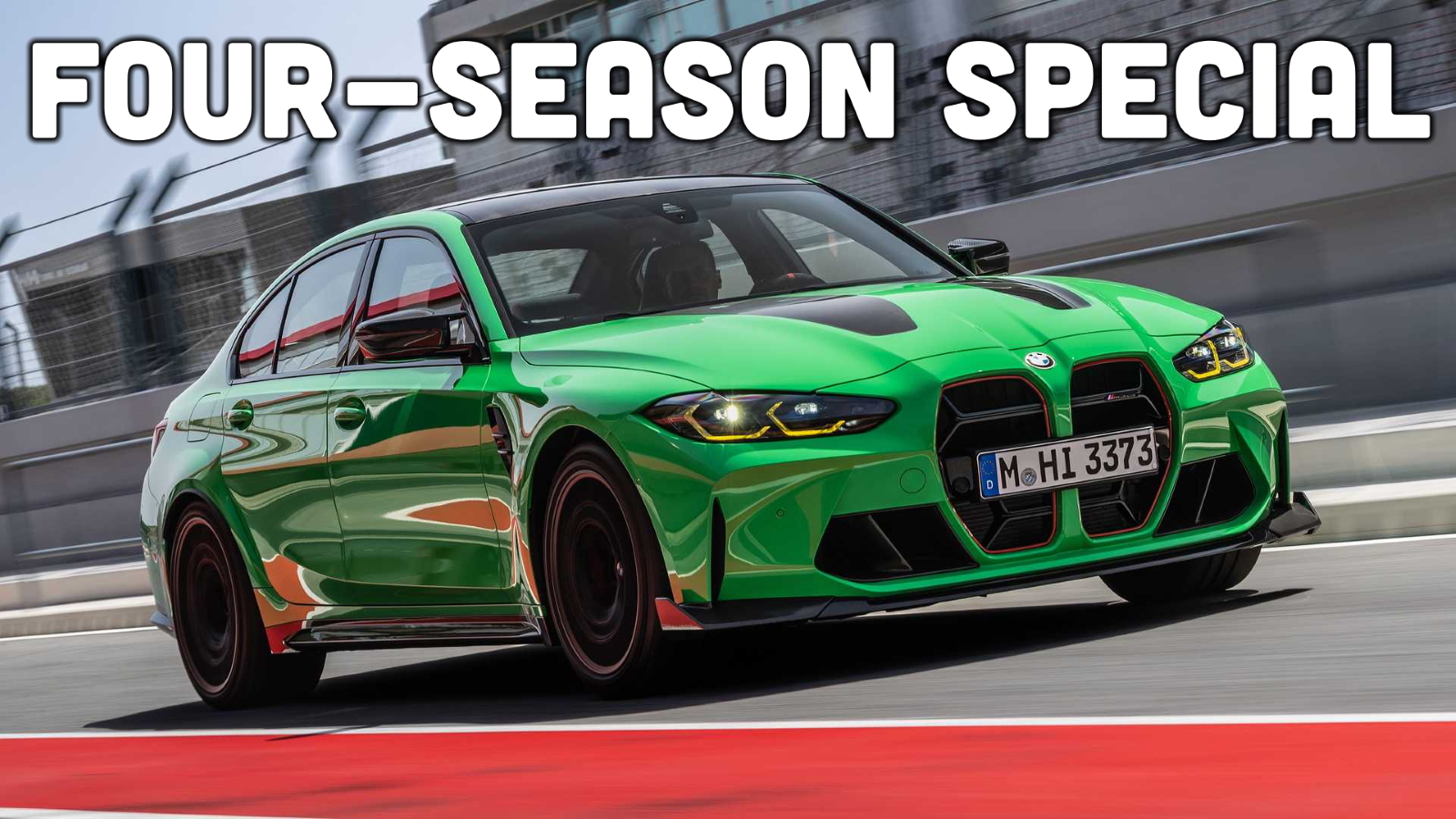 The 50th birthday of BMW’s M division may have come and gone, but that won’t stop the Bavarian marque from cranking out even more expensive limited-edition high-performance monsters. Say hello to the new M3 CS, a small-batch pumped-up M3 for the most zealous of M fans.

Under the hood sits a muscled-up version of BMW’s three-liter twin-turbo S58 inline-six making 543 horsepower and 479 lb-ft of torque. If that sounds familiar, that’s because it’s exactly what’s under the hood of the ultra-expensive M4 CSL. However, the M3 CS promises to be even quicker than its CSL sibling thanks to the reliable traction of all-wheel-drive. Now that’s an easy way to hit 60 mph in a claimed 3.2 seconds and piss off every purist in the process. 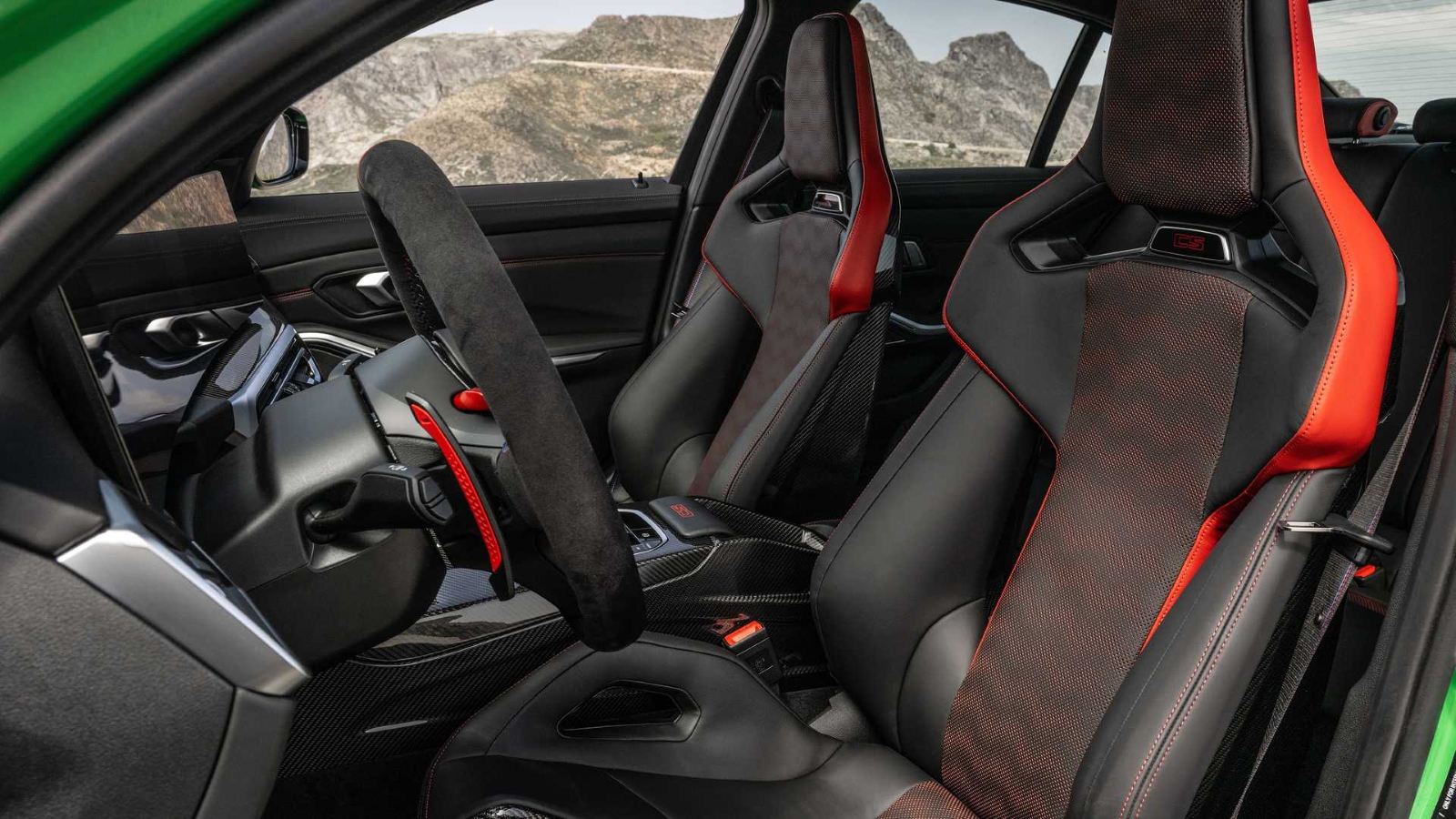 With the addition of xDrive all-wheel-drive comes a mandatory ZF 8HP eight-speed automatic gearbox and a ton of weight. The standard M3 Competition xDrive bows the scales with a claimed curb weight of 3,990 pounds, and the M3 CS shaves 75 pounds off of that figure to weigh in at 3,915 pounds. That’s just 42 pounds lighter than a V8-powered E39 M5 and yet more proof that model bloat is real.

Credit for the M3 CS’ weight reduction mostly goes to a carbon fiber hood, carbon fiber seats, and a titanium muffler, but drivers are more likely to notice little things like the complete lack of a center armrest. Hey, it’s not like you’re getting your elbows around those massive side bolsters anyway. 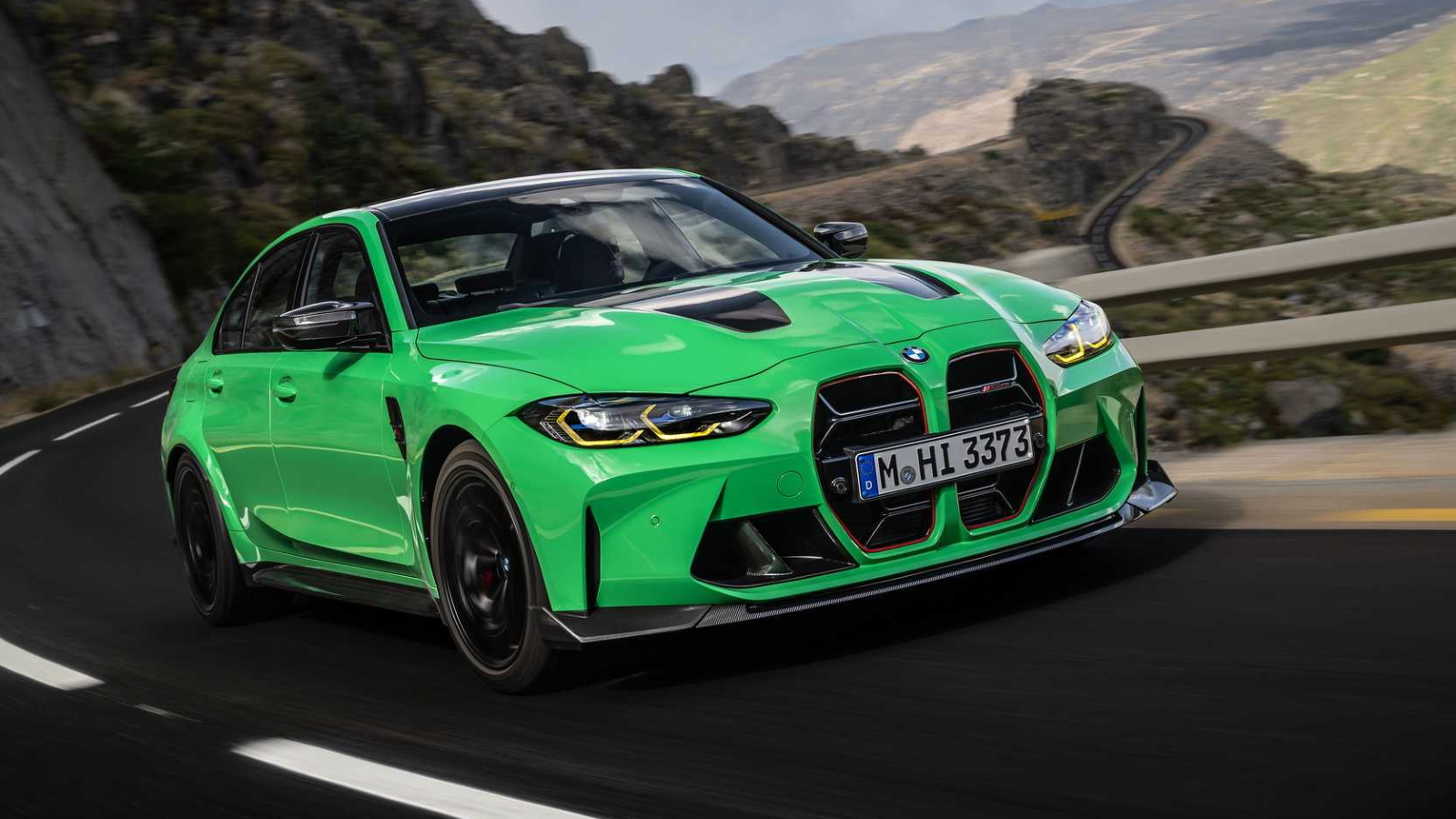 On the outside, the impact of the new M4 CSL-style grilles is somewhat minimized by the retina-dazzling Signal Green paint that’s straight out of BMW’s Individual catalog. Most people don’t know this, but if you’re willing to wait for an Individual production batch and pay BMW some extra cash, you can choose from a fantastic extended palette of colors on many models. In fact, the Signal Green paint is so bright that you might miss the new M-specific headlights with yellow daytime running lights making their first appearance on the M3. Although BMW has dabbled with this unique lighting feature before, it’s nice to see it makings its way into more models.

Continuing with the exterior, the M3 CS also gets the M4 CSL’s staggered-diameter alloy wheels. At 19 inches in diameter up front and 20 inches out back, these big forged rollers are available in boring black or an intriguing matte gold finish that’s sure to pop against the exterior color of your choosing. Speaking of accents, two exposed carbon fiber hood stripes are on deck to let every little kid know that this thing is fast. We all believed in our school days that cars with stripes were fast, right? 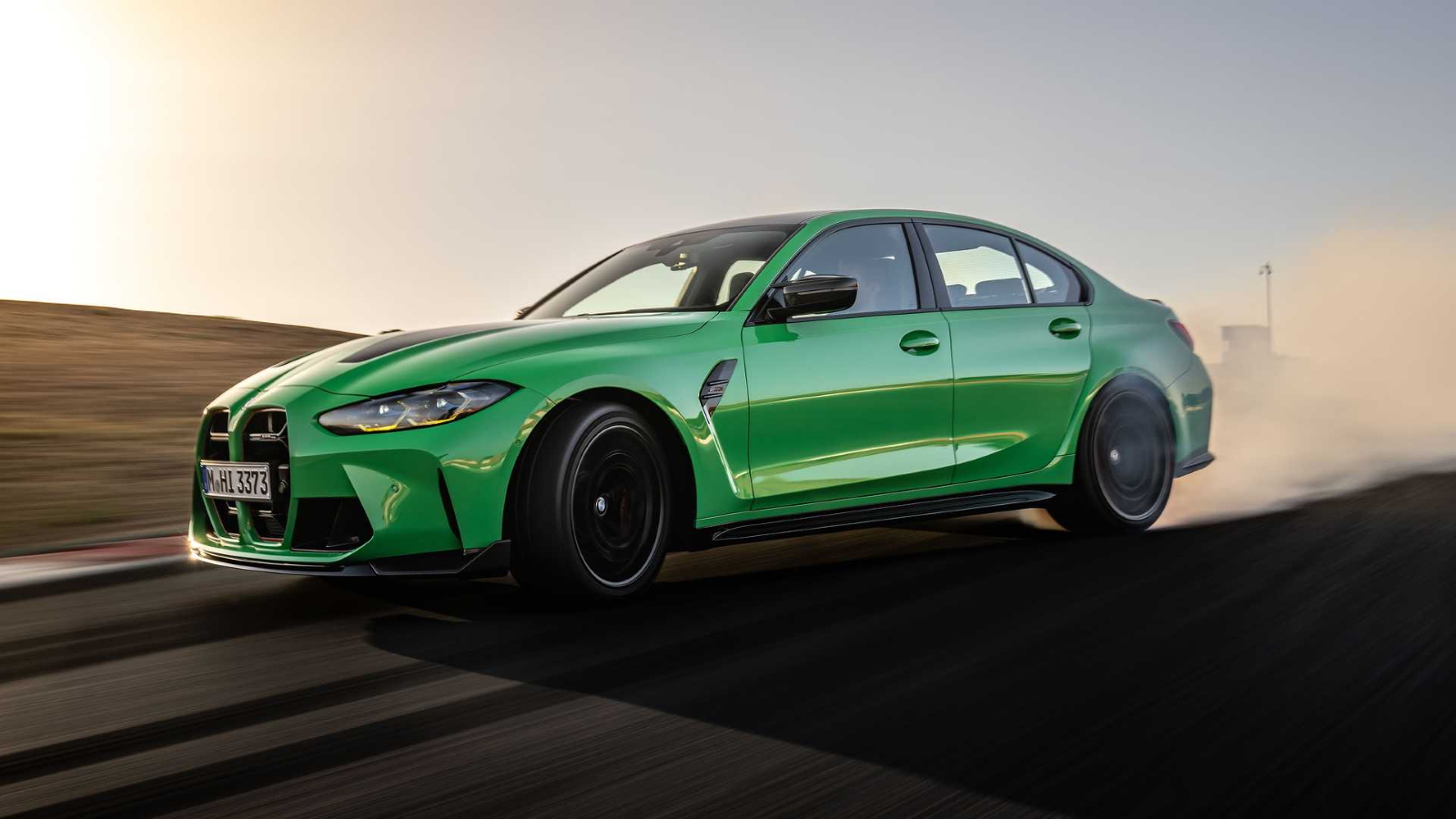 Indeed, the M3 CS won’t run into its top speed limiter until the digital speedometer reads 188 MPH, at which point you’re no longer driving, you’re taking part in low-altitude flight. Speaking of big numbers, this seriously quick 3-Series starts at a whopping $119,695 including freight. That’s a lot of money, but in relative terms, it’s also a potential bargain.

You’re probably thinking I’ve lost my marbles, but I can explain. Not only is the M3 CS $21,290 cheaper than an M4 CSL, it comes with more doors, more seats, and more driven wheels. It’s therefore a car you can use more of the time, even in the months when Mother Nature’s regurgitating the contents of a McDonald’s ice cream machine all over the roads. It could even be a car that more people can actually buy, given how BMW hasn’t stated a firm production cap. 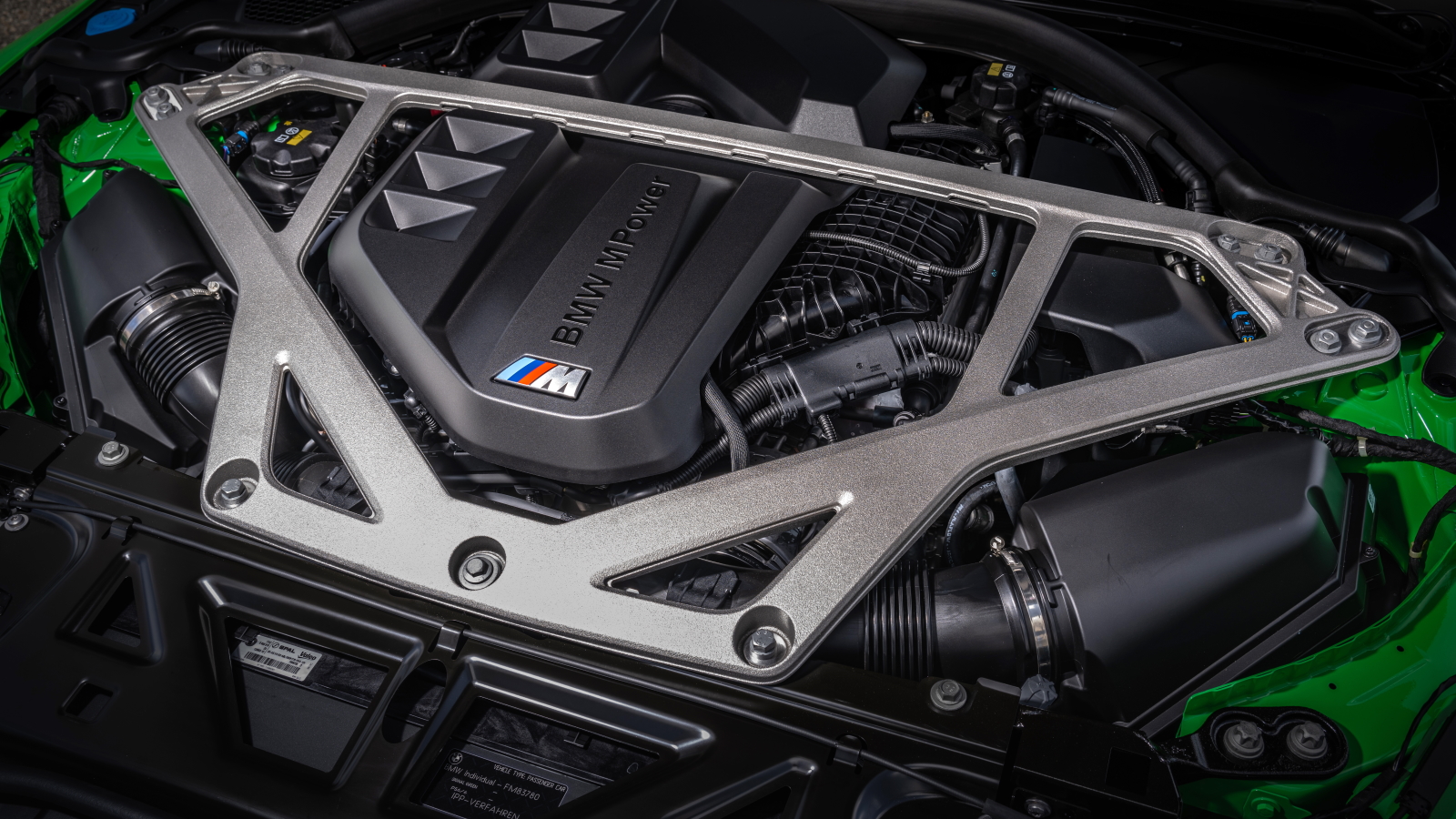 What’s more, the M3 CS is more than just muscled-up and stripped-out. Not only is there a massive new brace tying the strut towers and core support together, the engine mounts are stiffer, the alignment’s been optimized, the anti-roll bars have been re-tuned, and the dampers have been re-calibrated. Customers even have the choice of ultra-sticky Michelin Pilot Sport Cup 2 semi-slick tires. It’s a holistic approach to building a sharper, quicker M3.

So, while the M3 CS is still painful to look at from the front, it really does feature more of everything. Mind you, it’s worth noting that not everyone wants more of everything. Sure, a zero-to-sixty time of 3.2 seconds is properly quick but in the real world, high-performance electric cars with their immediate response will be quicker. What’s more, the M3 CS is longer, wider, and almost as heavy as the E39 BMW M5. I’m sure the M3 CS is breathtakingly quick and surprisingly sharp, but it’s physically and financially a lot of a car for a 3-Series. 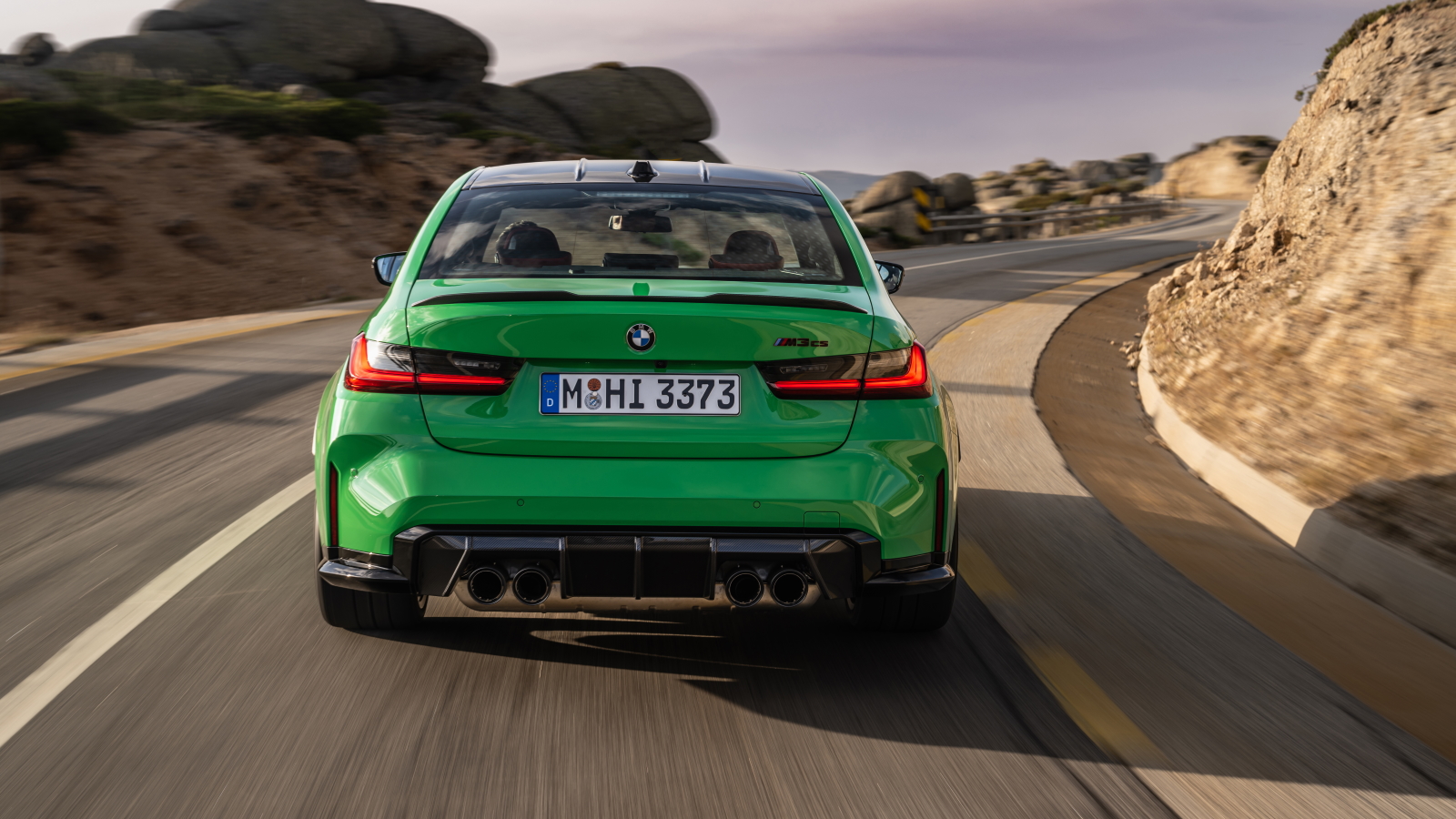 The good news is that if you’re interested in trading outright pace for tactility, BMW will still sell you an M car. It gives up two doors, two driven wheels, 90 horsepower, and a seat to the M3 CS, but it’s much closer in size to the old E90 M3, comes standard with a row-your-own gearbox, and is $56,500 cheaper than the M3 CS. For everyone who wants the latest and greatest D-segment sports sedan, the M3 CS will do quite nicely. For everyone who grew up idolizing a very different sort of M3 but still wants a new BMW with a warranty, there’s the M2. Isn’t choice marvelous?

Thomas is a Nu Rave-blaring, heel-toe downshifting, maple syrup-swilling, chassis-geeking, junkyard parts-hauling, floppy-haired scenester who's been writing about cars since college. His current ride is a 2006 BMW 325i with the six-speed manual gearbox. Instagram: @thomas.hundal Twitter: @thomashundal
Read All My Posts »
PrevPreviousFor Just Two Years You Could Buy A Practical Mazda Sedan That Hit 60 MPH In Under 6 Seconds: Holy Grails
NextThe Adorable Aliner Is A Pop-Up Tent Camper But Without The Bear Attack ConcernsNext