The Autopian Is Live! And We Want Your Feedback

Welcome to The Autopian, the ultimate car-culture website run by two of your favorite former Jalopnik authors/dipshits, David Tracy and Jason Torchinsky! It’s been a long road for these two and their awesome business partner Beau Boeckmann, and there’s still a ton of work ahead. We’re all excited to see what you think of our new site, so welcome to launch day!

What you’ll see on our site (ours as in ours and YOURS) today is a lot of experimentation, with some classics mixed in. One of our main goals with The Autopian Powered by OPTIMA Batteries (That’s right, we got a launch sponsor!) is to bring true expertise directly to readers, so with this in mind, here’s a look at our rundown of Launch Day stories:

Please comment on as many articles as possible; interact with the authors! We’d love your feedback on the site — not just on the Launch Day content and what you’d like to see more of going forward, but also on the user experience. (I myself plan to write more technical stories; I’ve been spending so much time building this site that I’ve been slacking. But fear not, the nerdery is coming. And luckily, I’ve got reinforcements like Huibert).

We’ve seen some bugs here and there (ex: If your login is giving you grief, try using your username instead of email to sign in) — issues with formatting and some problems with user profiles. We’re working to get those mended as quickly as possible, but as you see more, please don’t hesitate to let us know. We’re here to build the best car community on the internet, and that’s going to be an iterative process. We’re going to make changes to our site — we have plans to create a community forum, to vastly expand upon the capabilities of our commenting system (neither Jason nor I am content with where it currently sits), and to optimize the site’s usability.

Also an iterative process is hiring; we’re looking for full-time staffers. We’re especially keen on finding “dual threat” applicants — people who have a background in something other than writing. For me it was engineering, for Torch it was comedy/art. The two of us have found that our previous jobs have done more to help us become good journalists than our actual writing training has. That’s because journalism is all about perspective — seeing things in a particular way and asking the right questions. So if you or anyone you know loves cars, has an interesting background, and enjoys writing, let us know.

If you’d like to support us, you can buy some shirts from our store. Here’s a peek at the product: 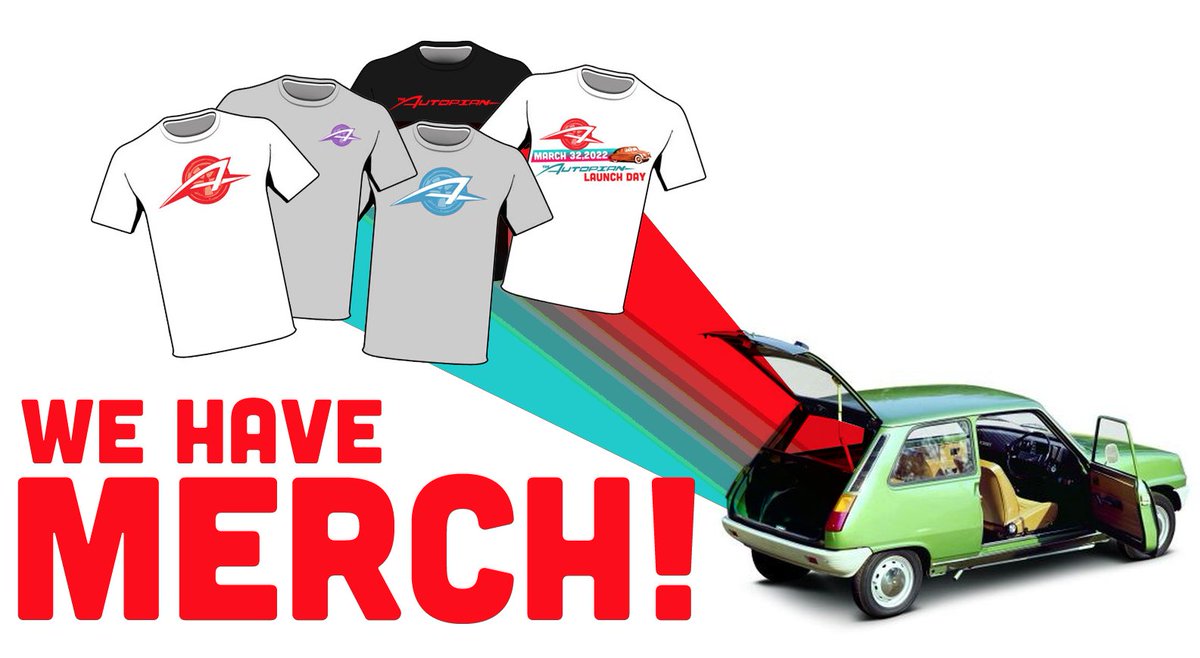 Read All My Posts »
PrevPreviousWelcome To The Autopian: The Ultimate Car Website For The People
NextThe Production Volkswagen ID Buzz Isn’t Quite The Retro EV Microbus The World Was Hoping For But It’s Still GreatNext