The 2023 Honda CB750 Hornet Packs A 90-HP Punch For A Great Price, But Americans Might Miss Out

Honda rolled into the International Motorcycle Fair (Intermot) with a revival of the famed Hornet motorcycle. The 2023 Hornet CB750 Hornet is aimed squarely at the Yamaha MT-07 with a sweet 755cc parallel-twin making 90.5 HP. There is only one problem, and it’s that as of now, Honda hasn’t indicated any intention on bringing this sweet motorcycle to the States.

Honda has been teasing its revival of the Hornet for a while. First there were the concept images, which showed a rather sharp machine. Then, Honda teased its engine, a 755cc parallel twin with 90.5 HP on tap. 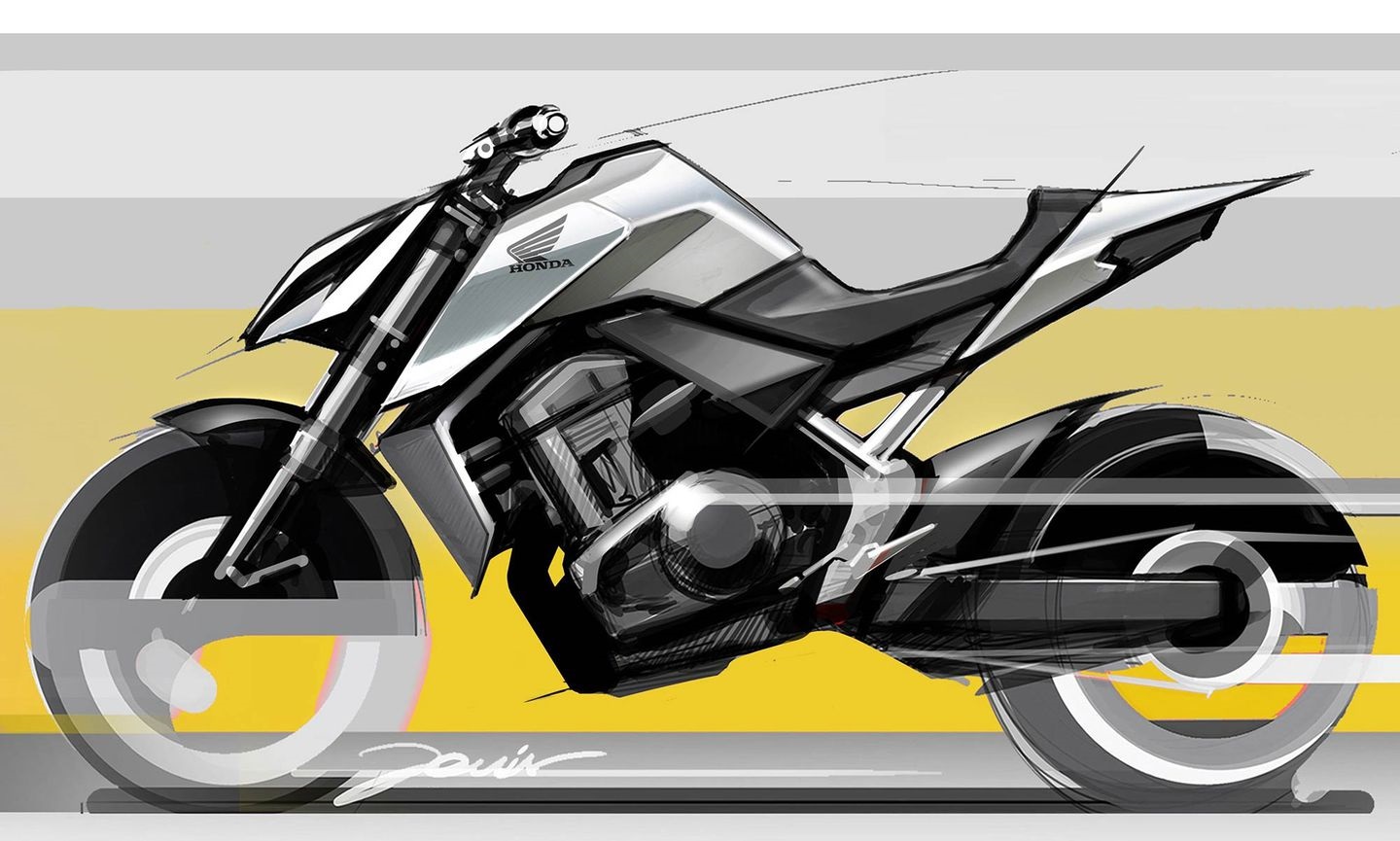 Yesterday, Honda pulled the covers off of its new motorcycle in Germany. The world finally gets to see the complete package, and its engine is the centerpiece.

The Honda Hornet originally launched in 1998. At its heart, the Hornet was a standard motorcycle with the heart of a sportbike. As Motorcycle News writes, the first Hornets had a CBR600F sportbike engine, but detuned and housed in a standard chassis. This made it a compelling bike for riders new and old wanting something competent. Like a good all-rounder should be, the old Hornet was versatile. These motorcycles even spawned a spec series, the Honda Hornet Cup, where Hornet owners and enthusiasts could get their machines out onto the track. In 2006, Motorcycle.com reported that the Hornet was the best-selling streetbike in Europe, so it was a pretty big deal. 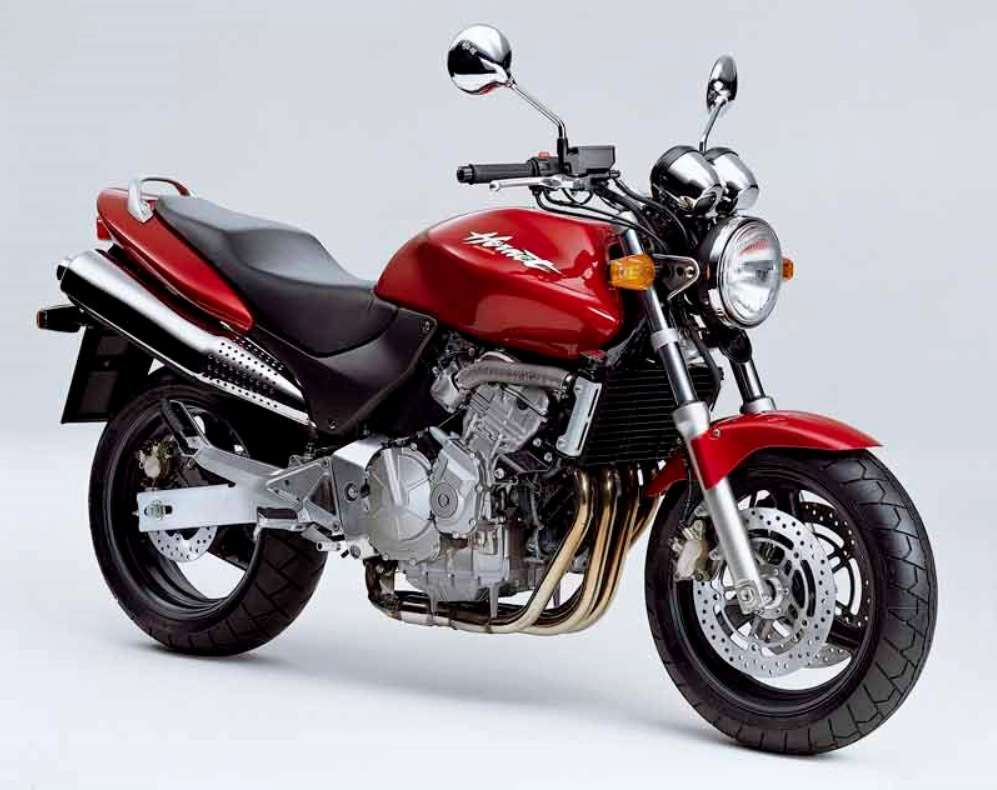 If you’ve never heard of the Hornet before, it’s probably because this motorcycle wasn’t sold as the Hornet in the United States. Instead, it was called the 599. Making matters worse, the motorcycle was less successful here, and sold only from 2004 to 2006. And the Hornet itself was discontinued in 2013.

The Hornet is back! And it seems to offer a good punch for its price.

[Ed note: I’m more into old-school Japanese standard bikes, but even I have to admit this thing looks cool. -DT] 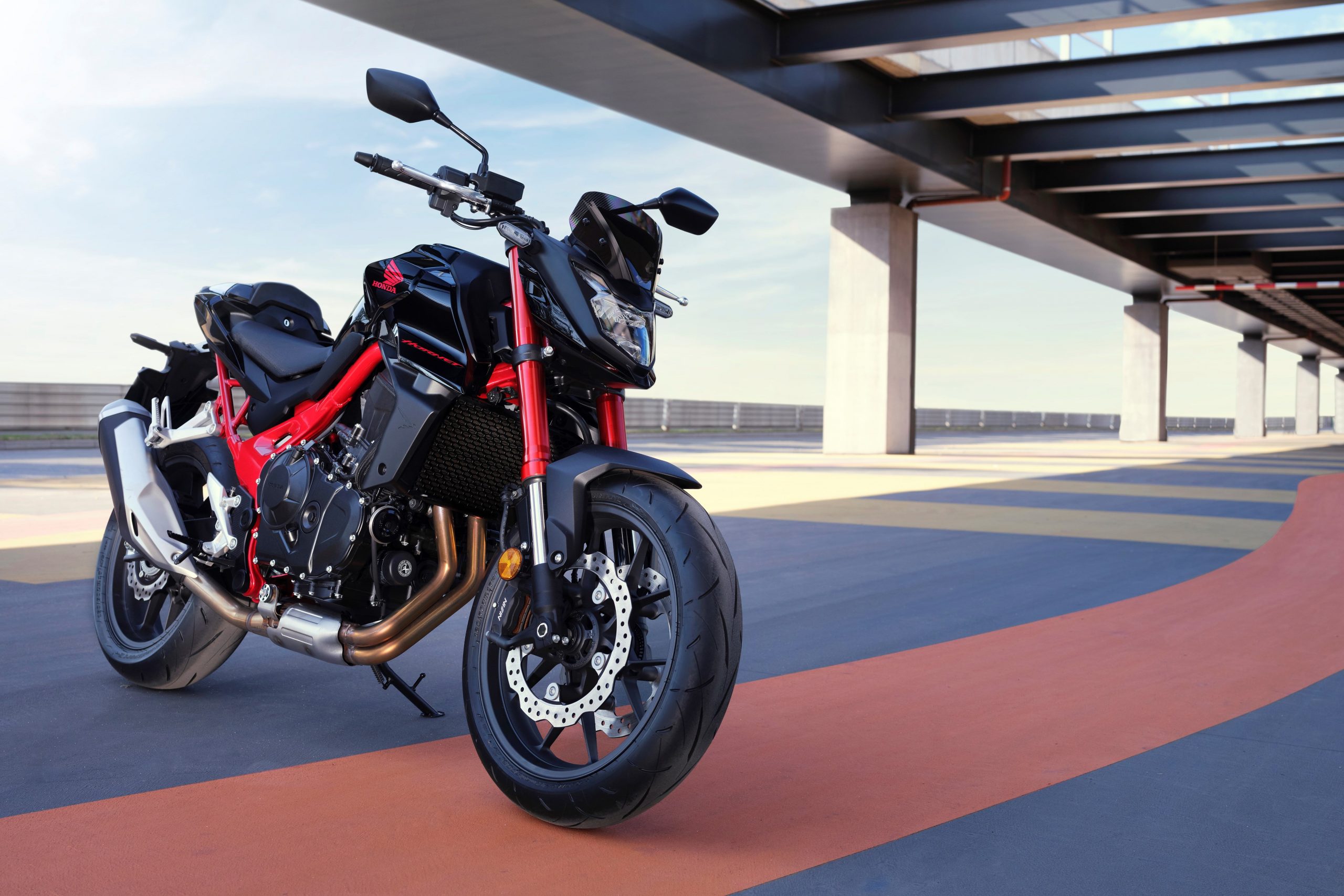 The CB750 Hornet was designed in Rome with nods to past Hornets. It also takes inspiration from its namesake insect, too. Honda says that the tank is supposed to look like a hornet’s wing. The rest of the machine is intended to look aggressive, from the stubby tail to the angular nose.

Adding to the Hornet’s sporting credentials is an all-new 755cc parallel-twin engine. It has a 270-degree crank and a single cam actuating eight valves. The neat part about this engine is that it has the output of a four. Honda says that it punches out 90.5 HP and 55.3 lb-ft torque. 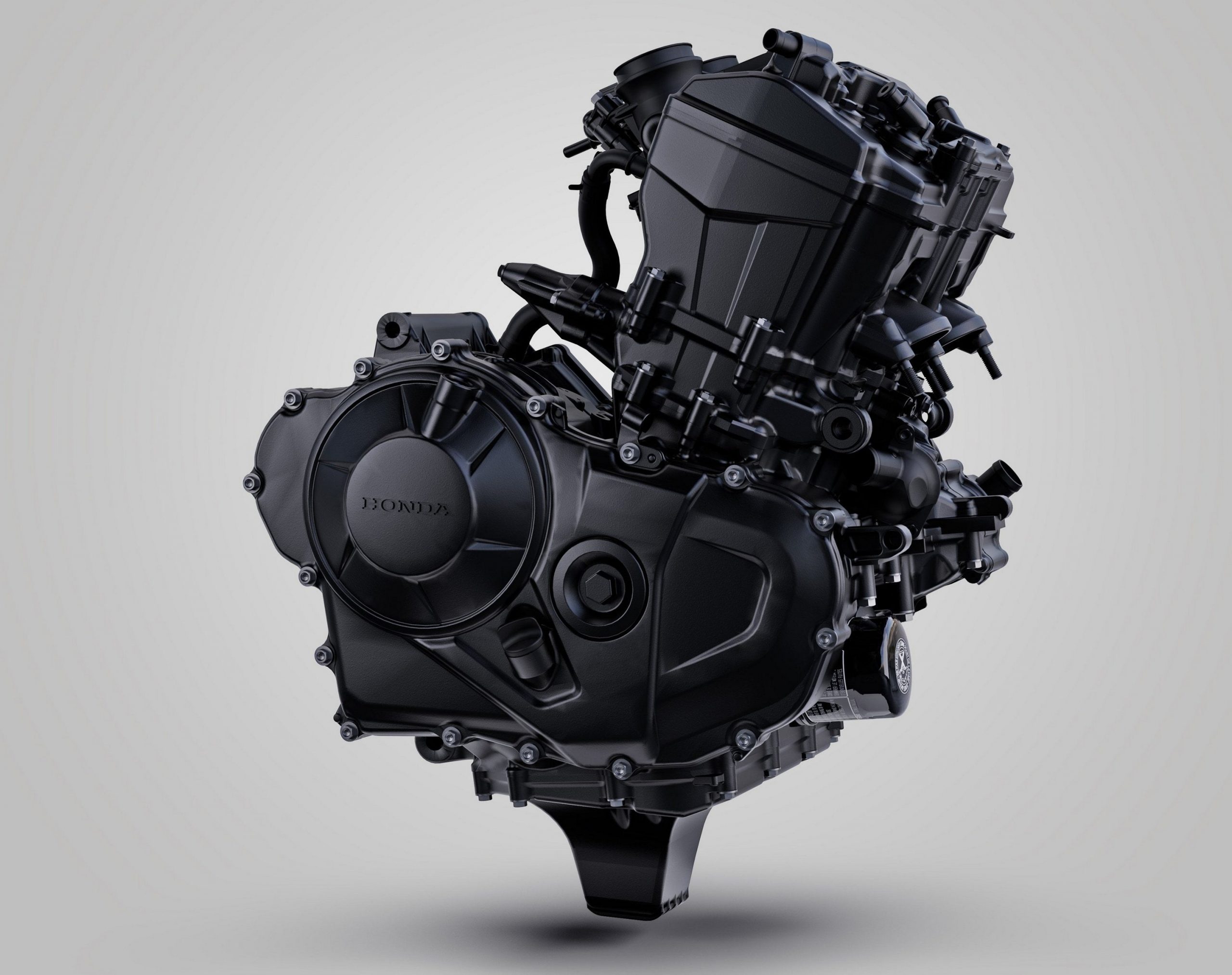 For those of you counting, that’s just five ponies shy of the Honda CB650R’s inline-four. And that’s 40 more horses than the twin in the Honda CB500F. The Hornet’s competition, the Yamaha MT-07, makes 75 horsepower and 50 lb-ft torque from its 689cc parallel-twin. It’s not even close to the most powerful twin in the world, but it’s quite competitive.

This engine is saddled in a steel diamond frame designed to be light and stiff. The motorcycle comes in at a close weight to the MT-07, too. The Yamaha comes in at 403 pounds while the Honda is 419 pounds. 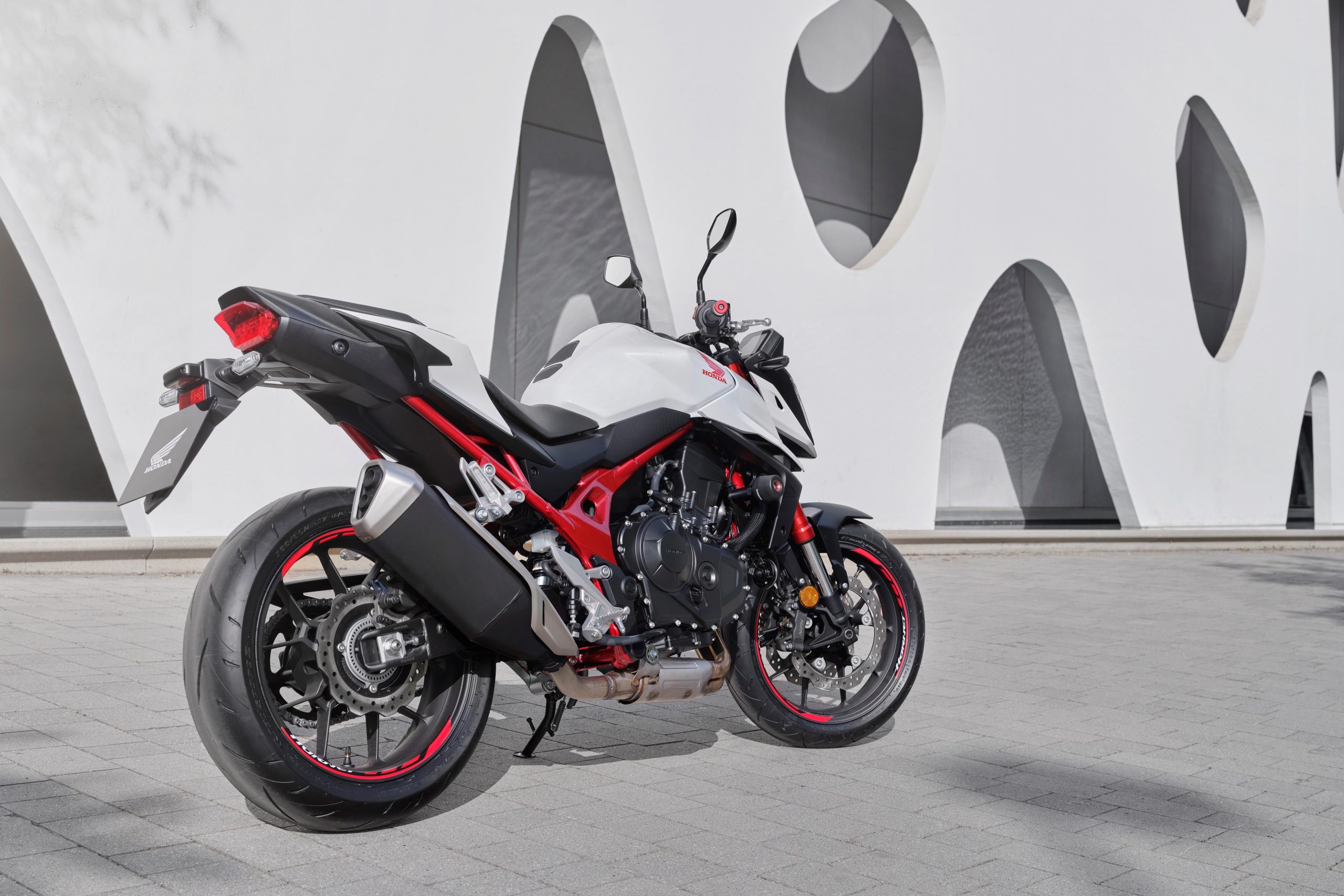 Further adding to the Hornet’s appeal is some neat technology. You get a five-inch color display with a few different choices for speedometer and tachometer. Additional tech includes throttle-by-wire, ABS, riding modes, and an Emergency Stop Signal system that flashes the motorcycle’s rear lights after a hard braking event at speeds above 35 mph. 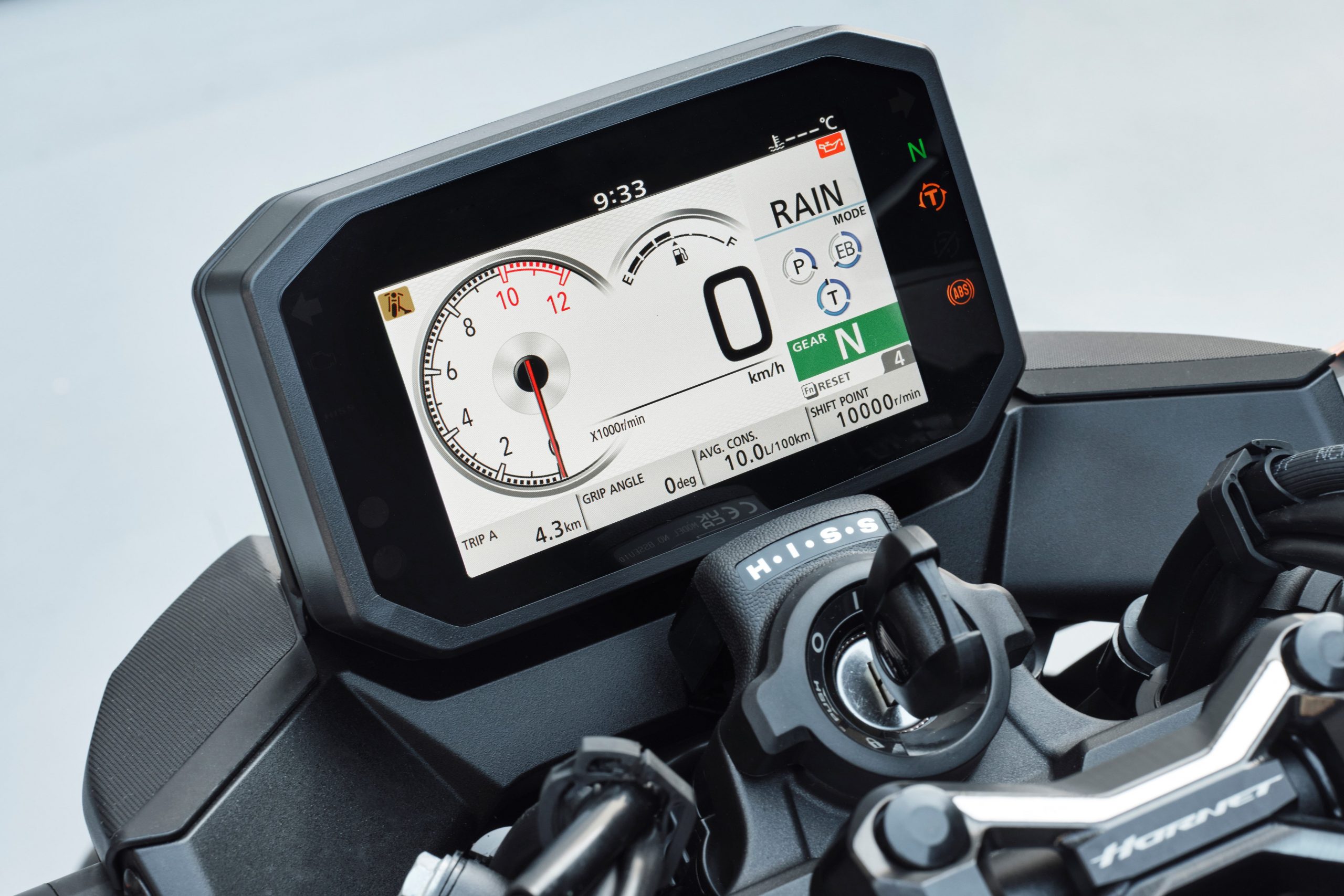 You also get a voice control system to handle phone calls, music, navigation and more from your helmet. And of course, this bike is intended to be sporty, so you also get a wheelie control and levels of traction control.

That said, the motorcycle is also supposed to be friendly to a large swath of riders. It sports a 31-inch seat height and an upright riding position. A motorcycle like this is supposed to offer a lot of the fun of a sportbike, but without hunkering yourself into a sportbike position. 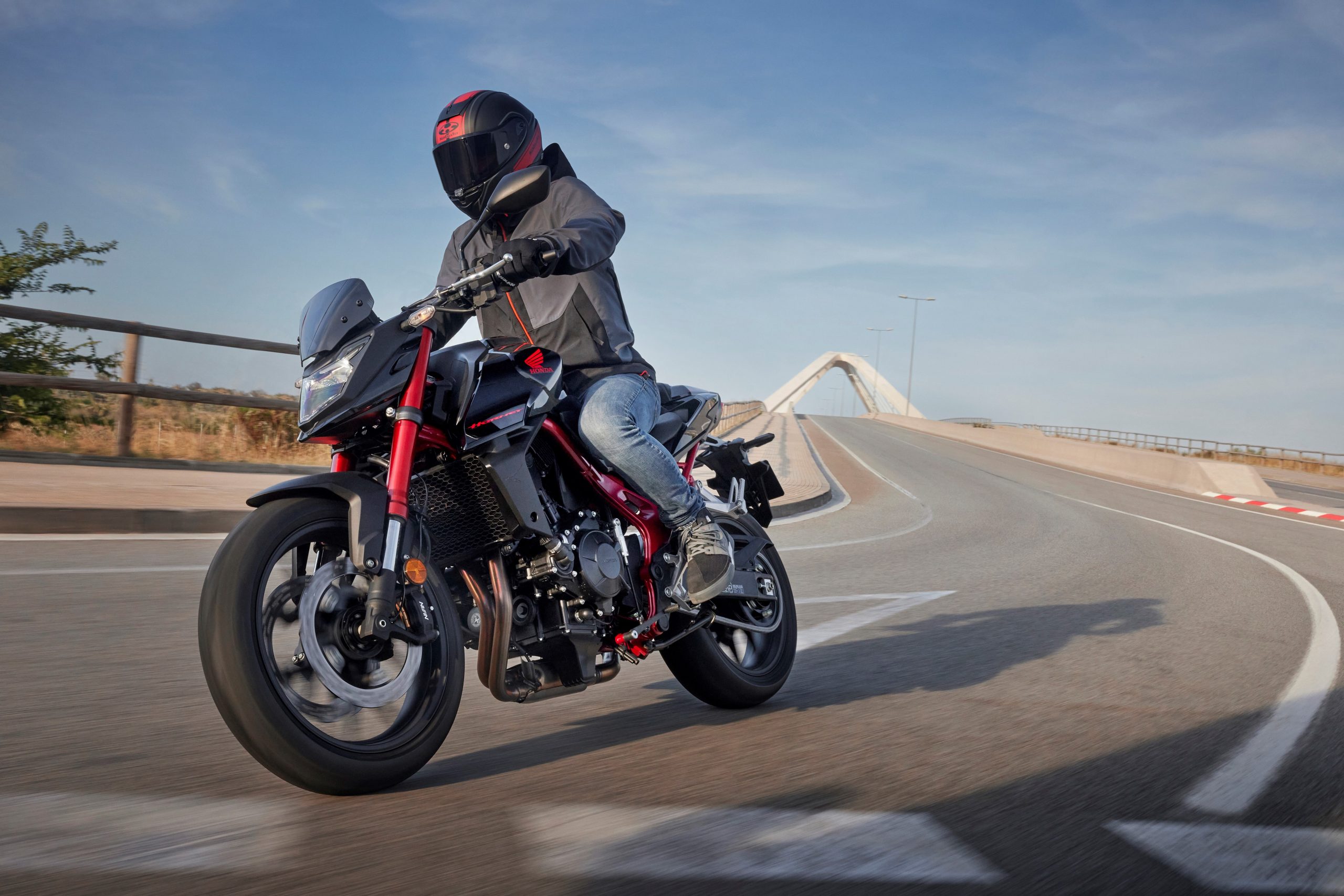 Another attractive bit is its price. It costs about $7,900, or right on the money for the Yamaha MT-07. Sadly, Honda has confirmed the Hornet only for Europe thus far. The manufacturer hasn’t indicated if it is coming to the United States or not. I hope it does. While the old 599 was not the hot seller here as it was in Europe, it seems that this one would be competitive here. I reached out to Honda asking if it has any information on potential U.S. availability.

Mercedes is a lifelong fan of all things powered by an engine. When she isn't driving one of her five Smart Fortwos or her 14 other vehicles she could be found in the cockpit of a Cessna 172 or perhaps swimming in any body of water that she could find. She also has a deep love for buses of all kinds. Please send her buses. mercedes@theautopian.com Instagram: @mistymotors Twitter: @Miss_Mercedes30 Facebook.com/neonspinnazz
Read All My Posts »
PrevPreviousResearchers Have Been Talking About Front Brake Lights For Decades. Here’s What I Think
NextHere’s How The Legendary Mark IV Volkswagen Golf And Jetta Actually Outlived Their Mark V SuccessorsNext