You know how in lots of bad sci-fi, when there’s some kind of near-omnipotent evil computer running things and you have to stop it, your only hope is to ask it some kind of logical paradox and just wait around until it self-destructs? But what do you do if that evil computer is wearing a hat that claims it would rather push a Chevy than drive a Ford? Or vice-versa? In that case, the answer is simple. You just need to pull up in a Suzuki Carry and toss the evil computer the keys, because that little van is the only vehicle to be sold as both a Ford and a Chevy.

Yes, the Suzuki Carry kei van (and pickup truck), badged as both a Ford Pronto and a Chevrolet CMV, is the vehicle that remains the lone possible solution if you need to find something that both Ford and Chevy diehard-shovers can agree they’d be comfortable either driving or pushing, together.

I was reminded of this remarkable freak of badge engineering when I saw this tweet:

It’s real, and I believe the only time a car has been sold as both a Ford and a Chevy, the Pronto and CMV respectively pic.twitter.com/bm0qteOI2z

This reminded me of a story I vaguely remembered from years ago, and I soon found — a Hemmings post talking about, well, the exact same thing I’m talking about now. Sure, our pal Daniel covered this very well, but it’s worth bringing up again because if I forgot about it, I suspect there are still many of you out there who had no idea there was once a common Ford/Chevy vehicle, and that’s a bit of badge engineering madness you deserve to know.

The Suzuki Carry is quite a little success story of its own, one of those rare Kei vehicles that transcended the highly specific Japanese regulations that birthed it and went on to find success all over the world. 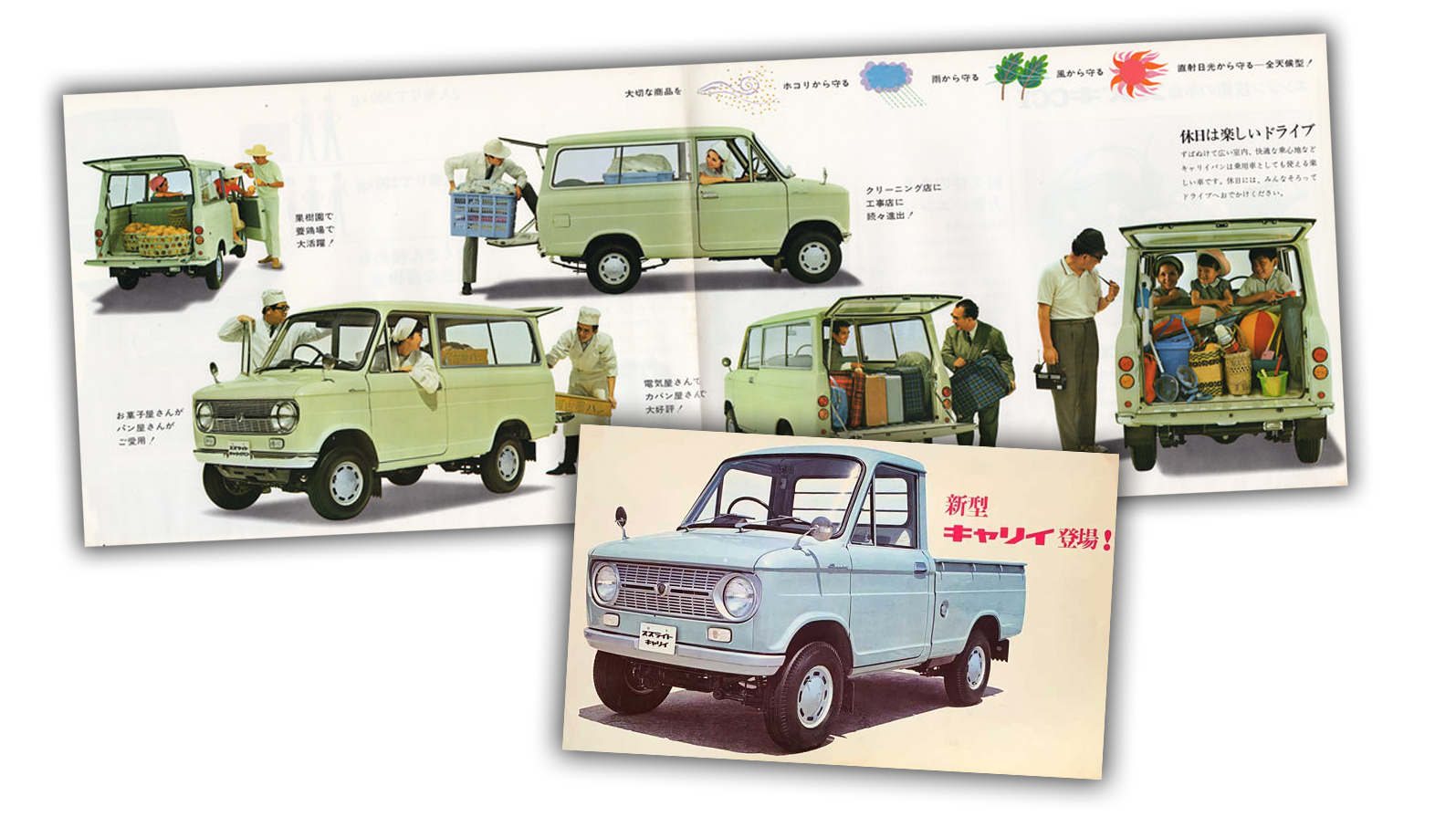 Early Suzuki Carry vehicles were as cute as a bulldog puppy and at least twice as useful. First arriving in 1961, they were updated a bit in 1965 (as seen above) and had then-Kei standard 360cc engines. By the time the fifth generation rolled out in 1985, these were being sold all over the world, and were being re-badged by companies like Ford’s Taiwan branch, Ford Li Ho, where they were called the Ford Pronto. 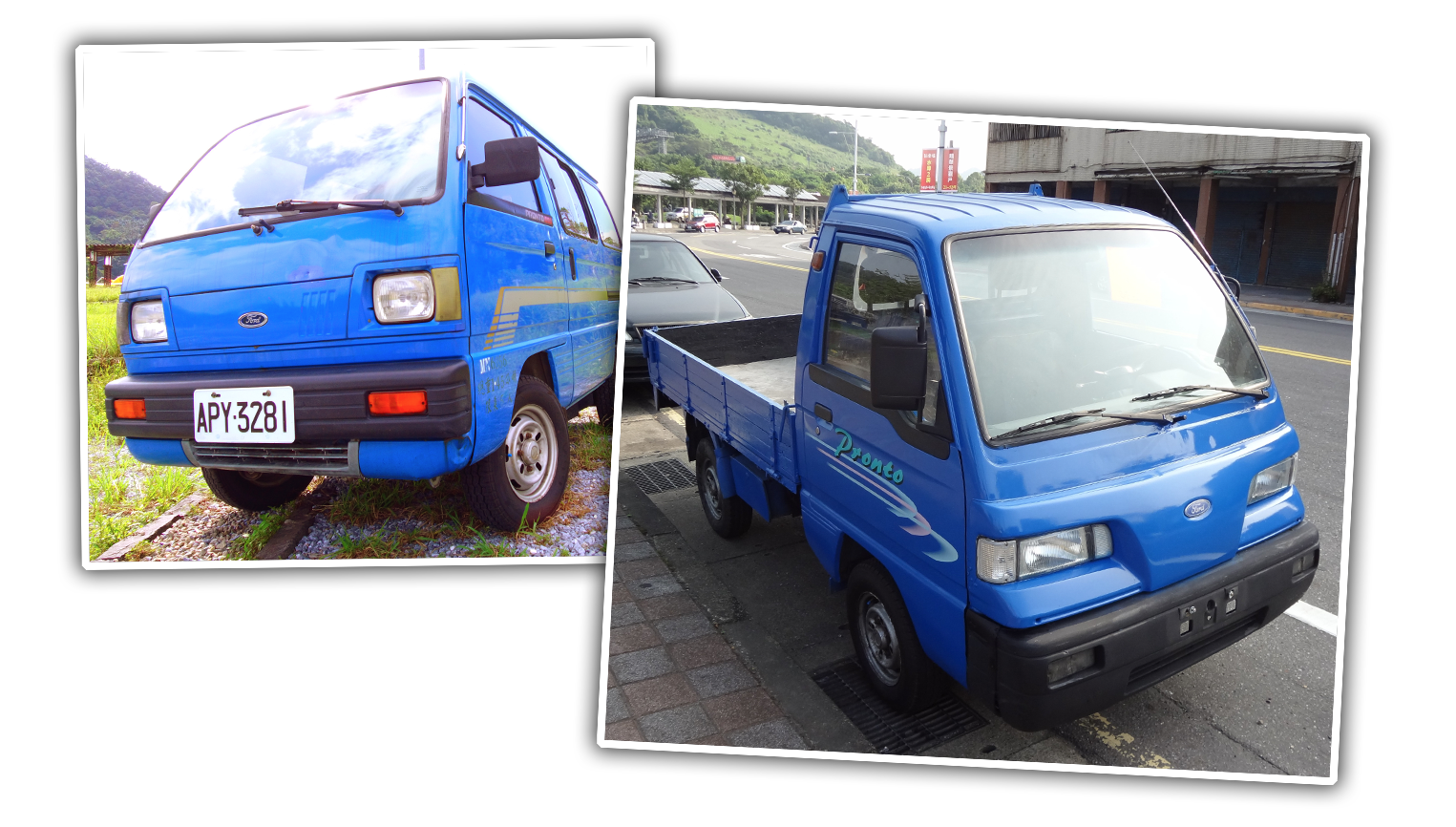 The Ford Pronto started as a pretty light re-badging, but later generations took an unusual and expedient approach to restyling, essentially slapping a plastic “mask” onto the face of the truck, as you can see on the pickup version above there. It’s like the van is wearing a Halloween Batman mask.

These Prontos had two-cylinder 600cc engines, and production stopped in 2007, mostly because tightened environmental regulations proved to stringent for the engine design. 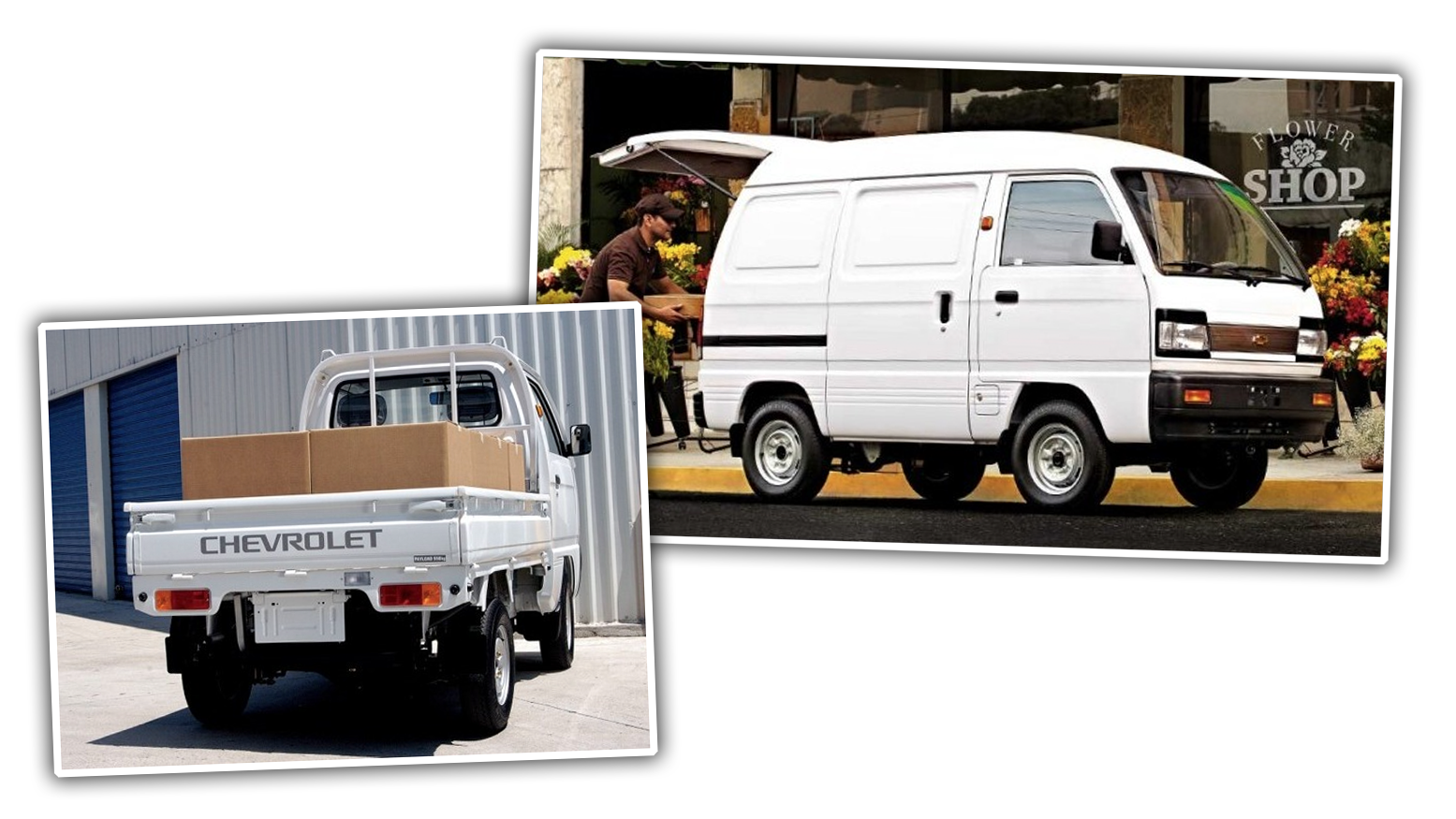 Chevy’s versions of the Carry was called the CMV for the van, and CMP for the pickup, and were built from 1991 to 2013, allowing for plenty of overlap with their estranged Ford brothers. Chevy’s versions were built by their Korean Daewoo subsidiary in South America, which, along with Central America, is where these were sold, along with Tunisia.

These eventually had massive 800cc engines (that’s like 80% of a full liter, people) and, according to this one ad, even seems to have been voted Employee of the Year! 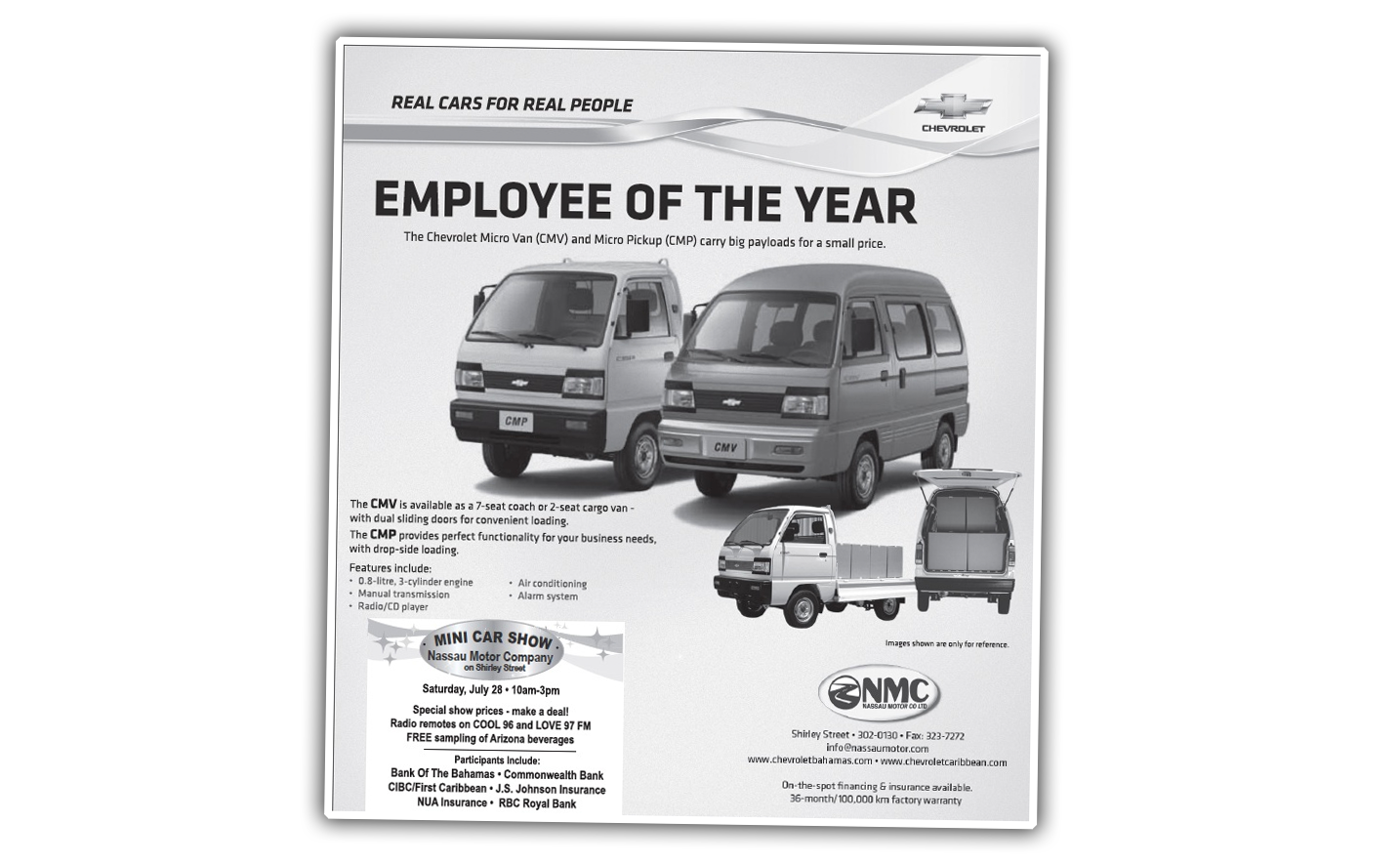 Man, one car that’s both a Chevy and a Ford! The mind reels! The only thing that even comes close to this was written about by our own David Tracy at that Jell-o Picnic enthusiast’s site, where he was discussing wartime Canadian Military Pattern (CMP) trucks, which were a basic type of truck built by, well, everyone Canada could get to make them, which included all of America’s Big Three, as you can see hinted at in this picture of a triple-branded CMP: 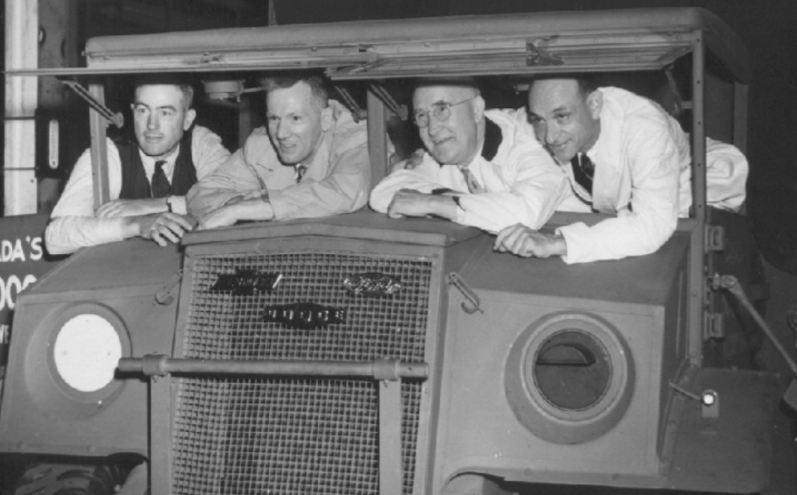 But, these weren’t actually sold to people, just militaries, so we can’t really count this.

No, the humble and charming Suzuki Carry is the only one that truly ever crossed that Great Divide between Ford and Chevy, and members of both camps should acknowledge this brave, shared son.

I'm a co-founder of the Autopian, the site you're on RIGHT NOW! I'm here to talk to you about taillights until you cry and beg me to stop, which I absolutely will not. Sorry. Hug? Also, David's friend.
Read All My Posts »
PrevPreviousI Found A Coveted Pontiac Aztek Center Console/Cooler In A Junkyard. Using It Was An IQ Test
Next$700 Maserati TC or $500 VW Scirocco: Which Coachbuilt Classic Is The Better Deal?Next