It’s an exciting day for Toyota pickup fans. Motor 1 recently found Brazilian patent drawings of a new Toyota truck, and there’s a chance they could depict the next Tacoma.

Mind you, an upcoming Tacoma is just one possibility. This thing could also be the next Hilux given that the Tacoma isn’t currently sold in Brazil — or this could be something else entirely. What we can say for sure is that this definitely looks like a Toyota truck. Not only are several authors listed on the patent employed at Toyota’s Calty design studio, but the truck itself plays host to a bunch of Tundra styling cues. 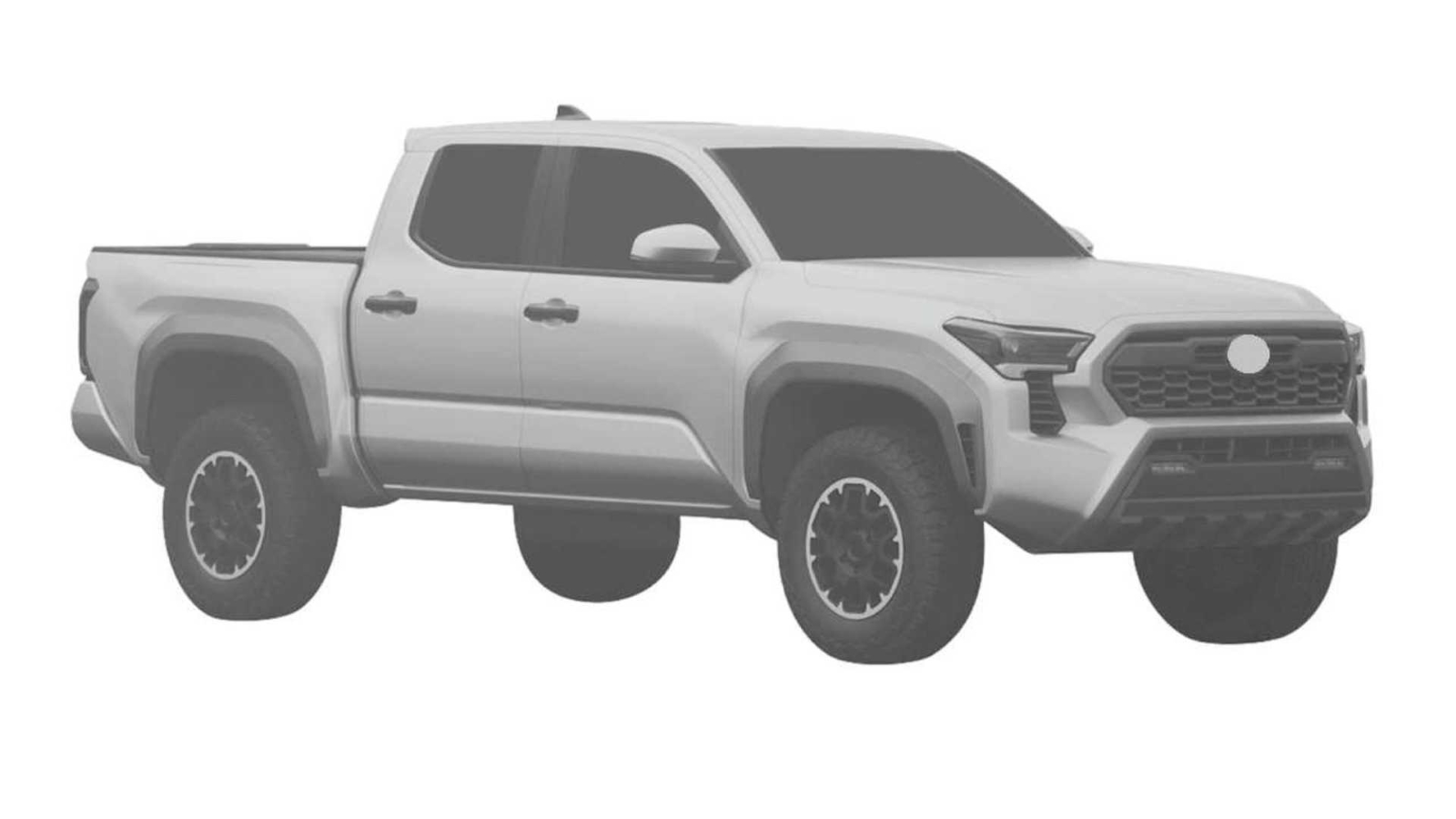 Thankfully, the Tundra’s gaping grille doesn’t make an appearance here, but the sharp, blocky lines of Toyota’s big pickup truck really seem to have carried over onto this truck. I’m really digging the boxy bed, sharp door crease, and jaunty cab spoiler, all of which give this truck a sporty yet practical feel. 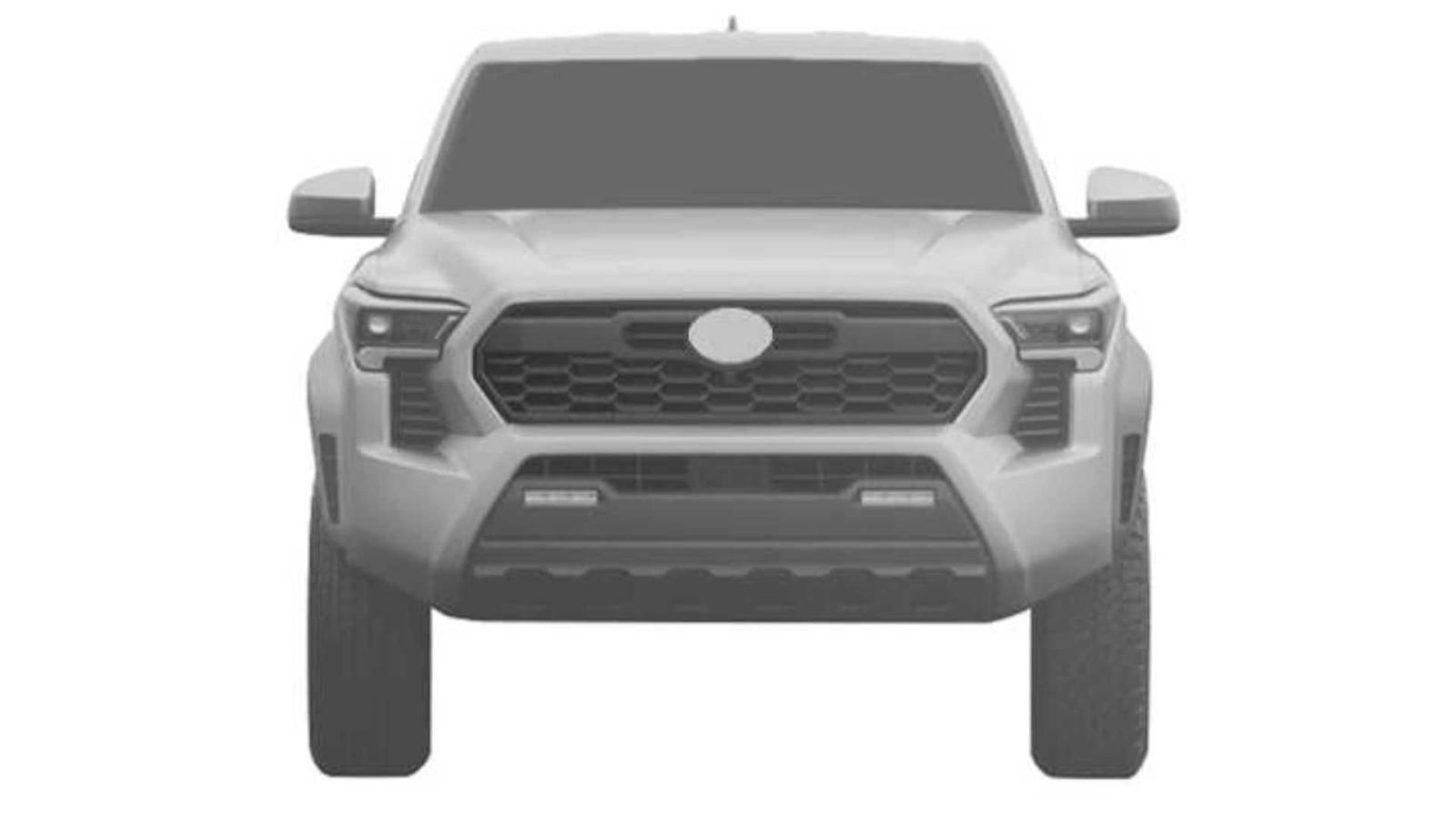 The hexagonal grille mesh and diamond-cut alloy wheels suggest that this could be some sort of TRD model. Not a full-on TRD Pro, but a TRD Off-Road with milder dampers and styling. If current TRD Off-Road offerings are anything to go by, it’s a pretty good package that serves most peoples’ needs just fine. 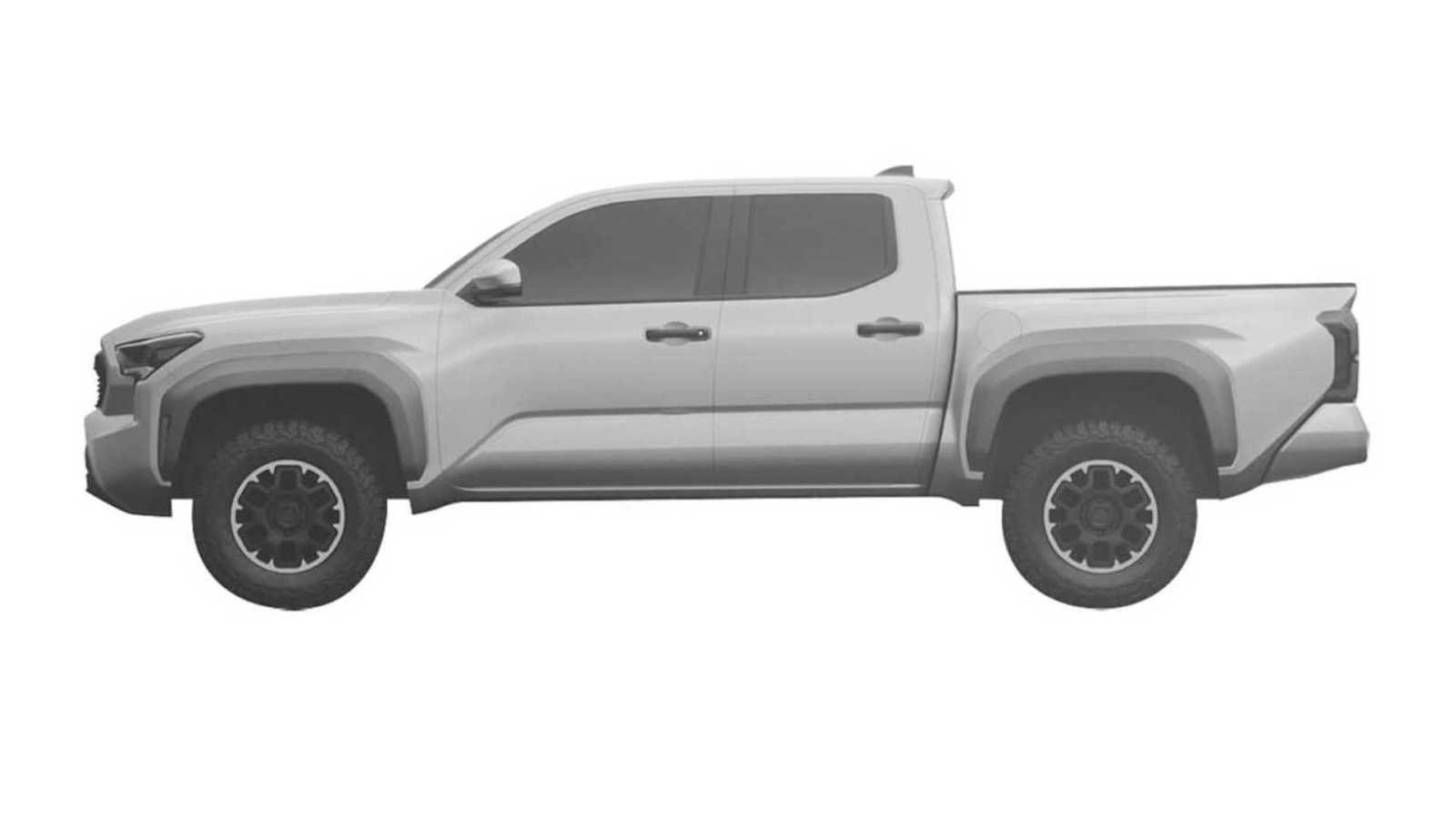 Judging by the profile shots, approach and departure angles look fairly good for a crew cab pickup truck. While we have no idea what running gear will sit underneath this truck, rumors suggest that the next Tacoma will get a turbocharged 2.4-liter four-cylinder engine with available hybrid assistance, so that’s one powertrain possibility. 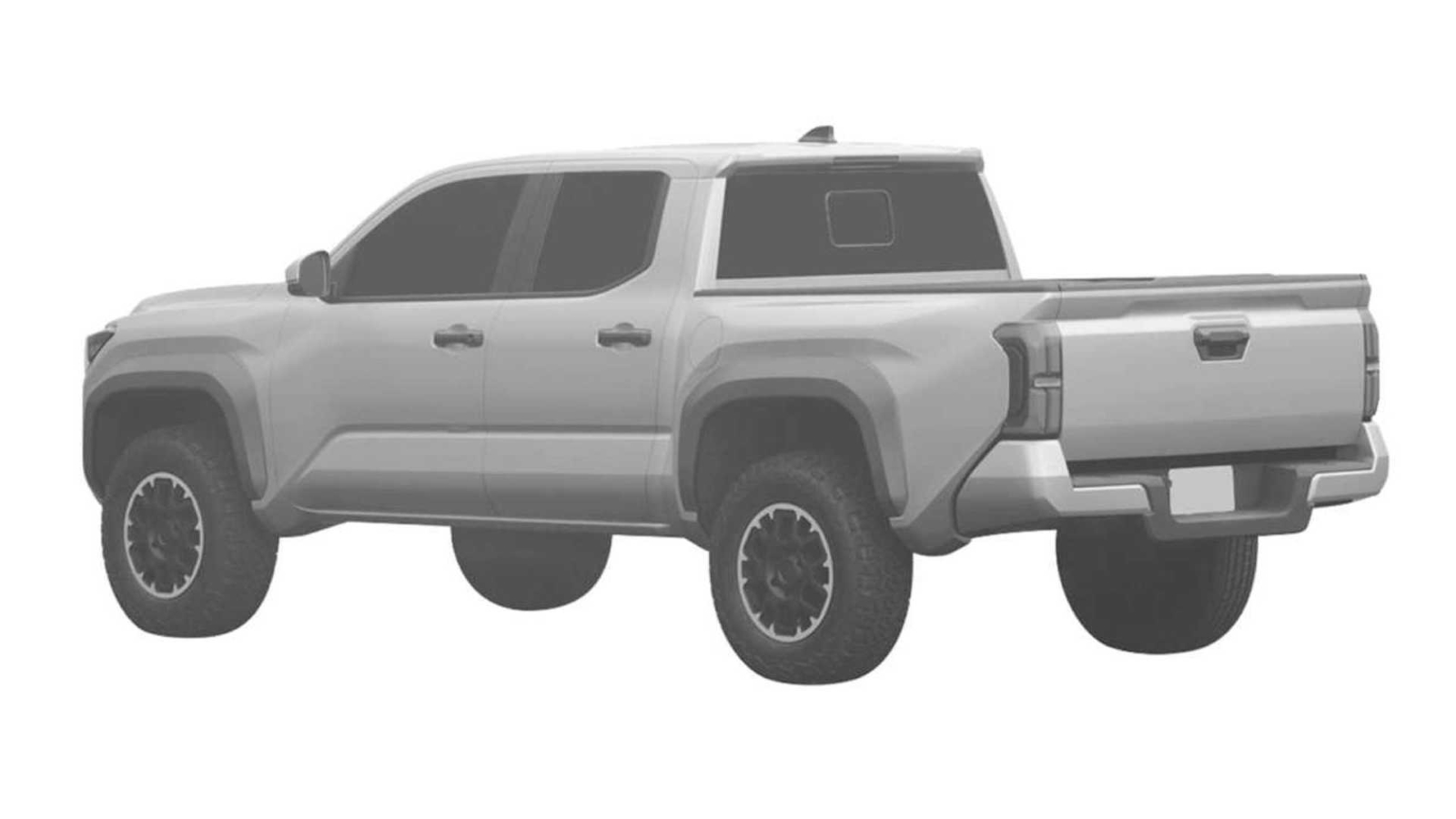 If you’re thinking that these patent drawings look familiar, there’s a very good reason for that. Aside from the grille and wheels, this thing’s practically identical to the bZ pickup truck concept Toyota showed off more than a year ago. It was a handsome rig then and is still a handsome rig now, so I’m excited to see Toyota develop the concept further. 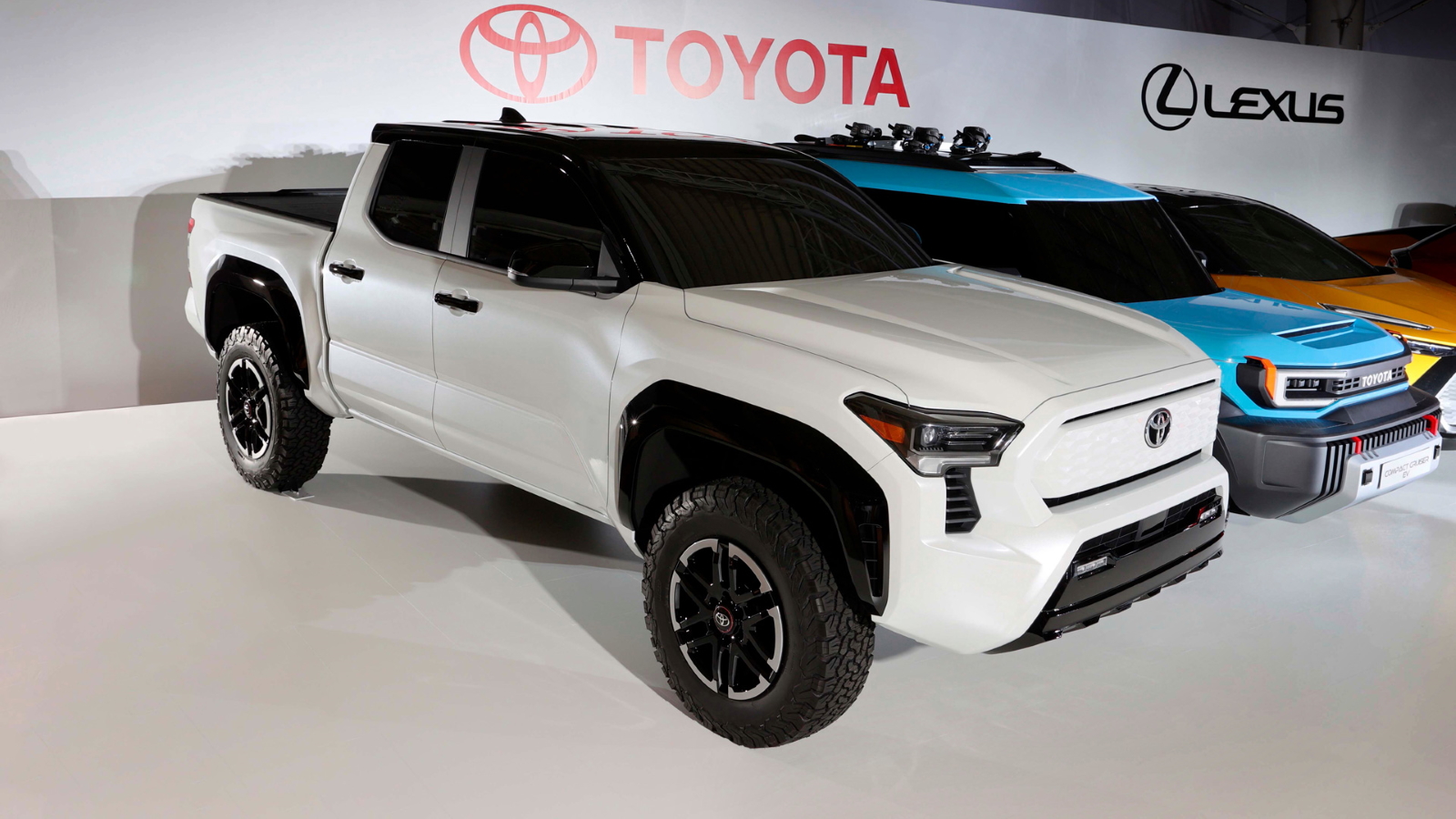 If I hazard to make an educated guess or two, this truck could be a “Beyond Zero” model of some sort. While that label is better-known on the bZ4X electric crossover, the new Prius features a “Beyond Zero” emblem since its production is carbon-neutral, so that bit of flashy branding isn’t exclusively confined to EVs. What’s more, I reckon that this patented truck could be a production model, as the bZ3 sedan was effectively on stage at Toyota’s big EV event prior to the public knowing what it was. Both the bZ3 and the bZ SDN concept are pictured below, so you can see exactly how close the two are. 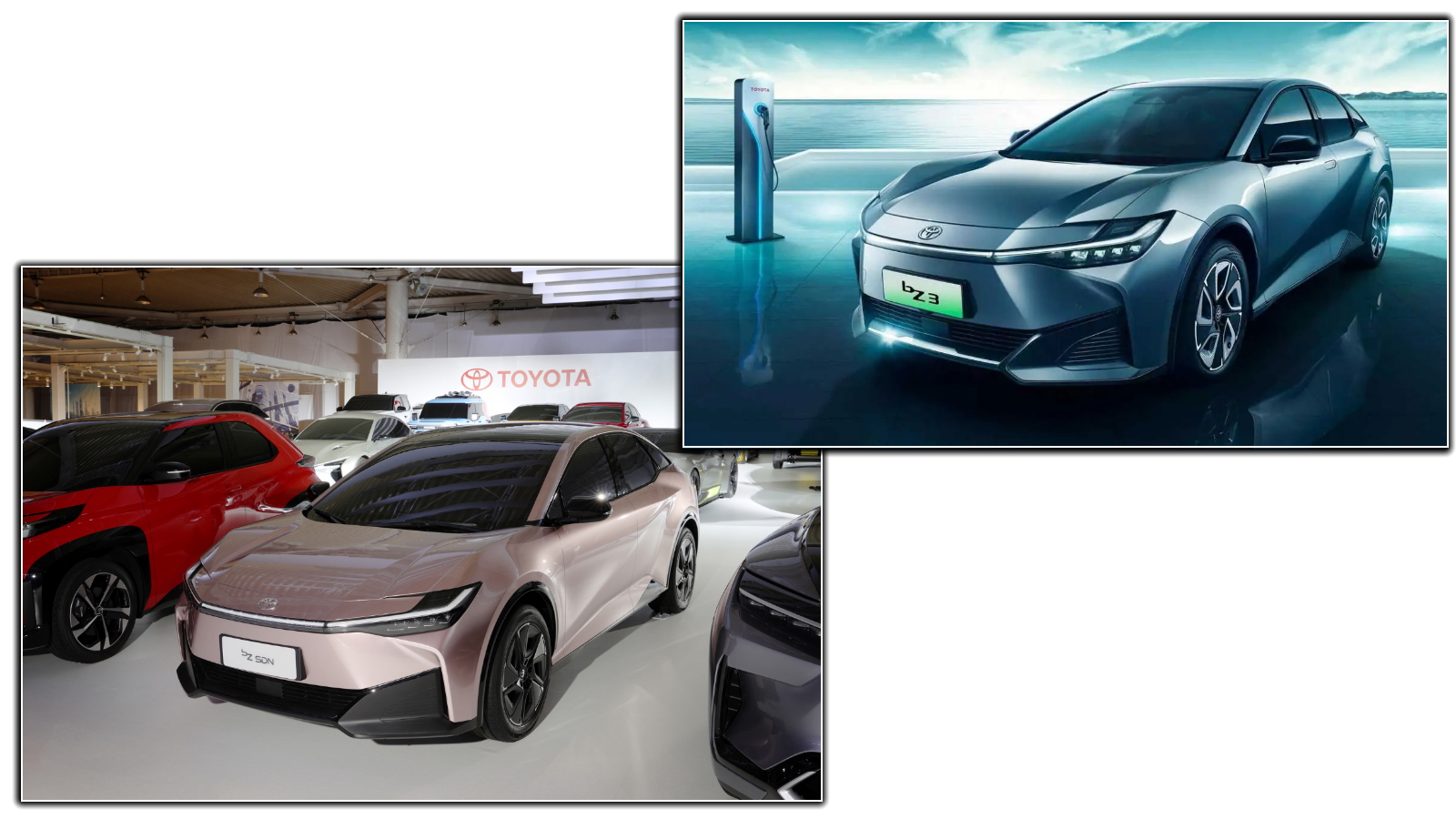 [Editor’s Note: It’s possible that the white pickup truck concept that Toyota showed in late 2021 wasn’t actually an EV (there’s a rendering going around that actually shows it with an exhaust pipe and solid rear axle — two things you won’t find on an EV). Perhaps it was a hybrid? In any case, this patent tells us it was more than just a simple design study, and like Thomas said, I think it could be a look at the future Tacoma, which could be had with different powertrain options, including electrified ones. The patent drawings show a traditional grille that you might expect to see on a gasoline or diesel-powered truck. -DT]

Given that the previous Tacoma and Hilux each lasted roughly 11 years on the market and that the current models are roughly nine years old, I wouldn’t be surprised if both of those trucks get replaced soon. It might even make sense to take the Tacoma to a wider global audience, given how well-equipped trucks are enjoying popularity in countries like England and Australia. In any case, keep an eye out for future Toyota announcements. I suspect a truck that looks a lot like this thing may be coming down the pipeline.

Toyota Hoped The bZ4X EV Would Usher The Brand Into The Electric Era. Then The Wheels Fell Off

Thomas is a Nu Rave-blaring, heel-toe downshifting, maple syrup-swilling, chassis-geeking, junkyard parts-hauling, floppy-haired scenester who's been writing about cars since college. His current ride is a 2006 BMW 325i with the six-speed manual gearbox. Instagram: @thomas.hundal Twitter: @thomashundal
Read All My Posts »
PrevPreviousMy 260,000 Mile Diesel, Manual Chrysler Voyager Still Runs Like A Dream, But I Need Your Advice On What To Do With It
NextHere’s How Badly Rusted A Porsche 911T Has To Be To Cost Under $9,000Next