Used Tesla Prices Are Falling Like A Stone Right Now

My friend and I both watch the used car market like a hawk. As amateur hobbyist car flippers, having an idea of what the market is doing is beneficial to us both, even if our cars tend to be high-mile budget rides—not the lot fodder for the probably soon-defunct Carvana headhunter.

But, both of us have noticed, the prices of used Teslas are falling fast. Like, really, really fast. I’ve kept my eye on it, but my friend sent me a link for this used 2019 Tesla Model 3, standard range, RWD, listed at a franchised dealership, for a mere $32,996.

Maybe the absolute insanity of the used car market has thrown us off, but we both agreed, that sounds very low. My guess is this was in the $40,000 range when it was new just a few years ago. That’s almost Maserati-grade depreciation.

True, this Model 3 doesn’t look to be the most desirable; it looks to be a lower-trimmed single-motor Model 3 with the smaller battery pack and aero hubcaps. But, not even six months ago, folks were asking near or close to MSRP even for a few-year-old Tesla Model 3s in similar condition as that listing.

It wasn’t the only cheap model 3, either. A quick search for used Model 3s in a 100-mile radius revealed several options in the $36,000 range, all of the varying specifications. A lower-mile long-range, dual-motor Model 3 could be had for as little as $37,000.  How many stories did the two of us read of folks buying and then selling new Teslas for a profit? This was a big change from the new car pricing for used cars the two of us had become accustomed to over the summer. 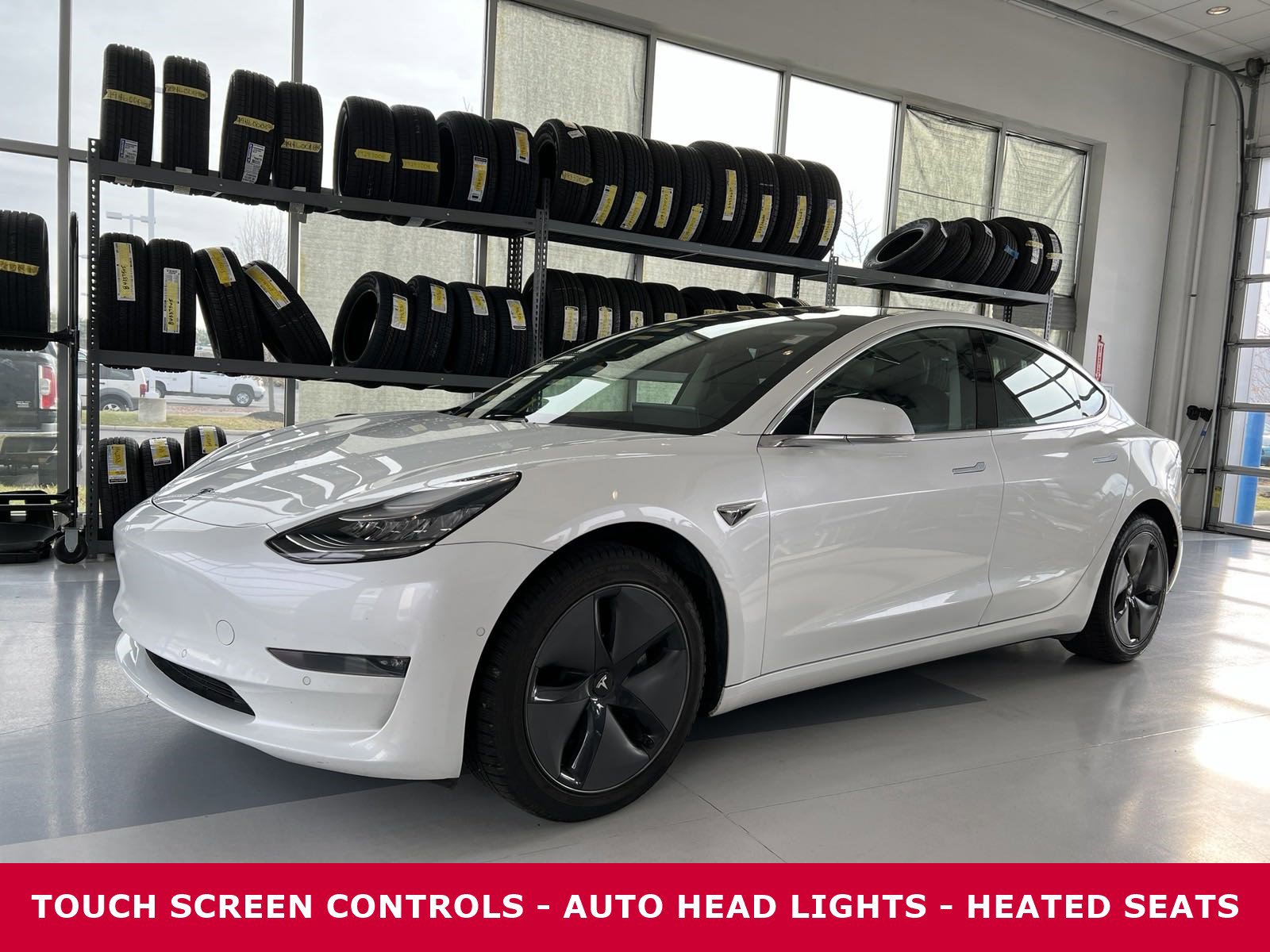 But, like isn’t every used car falling in price as the market rights itself? True, but it feels like Teslas are falling fast. And It’s not just a feeling, either; Tesla owners started noticing around September. Cargurus says that in the last 90 days, the prices of used Teslas have fallen a whopping 15%. By comparison, its index sees an average of not quite 6% price reduction for all brands in the industry.

Reuters and US News also agree: according to data from Edmunds, used prices of Teslas are down 17%. They also sit longer on used car lots, incentivizing used car lots to cut prices to move products or pay less at auction or trade so as to not be stuck with a sales dud. Woof.

Why are the prices of used Teslas dropping so fast? Has Elon Musk’s incessant and unwanted Twitter posturing come home to roost, making the cars undesirable among much of the population? That’s plausible; certainly, some have sold their Teslas or canceled their orders. But lots of people don’t pay attention to Twitter or the unhinged musings of Elon Musk. I’m not convinced that’s the real reason here.

No, Reuters says the reason may boil down to good, old-fashioned supply and demand: “Now fuel prices are easing, interest rates are rising, Tesla output is increasing, and EV competition is growing, leading used Tesla prices to fall faster than the market, and creating a cascading effect on prices of new Teslas.”

Tesla is offering a big discount for new Model 3s and Model Ys before the year is out, $7,500 in fact. Also, starting on Jan. 1, the Model 3 and Y will once again qualify for tax credits in the new Inflation Reduction Act. (That includes used ones, too, although those have to be under $25,000 to qualify.)

But I’m not sure this is a great deal—yet. Give it time. Remember, the Model 3 and Y are fundamentally old, or at least old-looking vehicles, so getting a new one with the tax breaks—or one of the many other EV options coming out soon from other automakers—may be the way to go until used Teslas hit “bin full of heavily discounted John Wick Blu-Rays at the Walmart” prices.

As for me, I’d be lying if I said I wasn’t eyeing where the prices of a dual-motor long-range Model 3 will end up, because, damn, 0-60 in four seconds is pretty addictive.

Even CarMax’s CEO Thinks Used Car Prices Are Too High

Elon Musk Sells $3.6 Billion In Tesla Shares For Third Time Since Saying There Was No Plan To Sell More

Read All My Posts »
PrevPreviousHere’s Everything At The 2023 Tokyo Auto Salon We’re Excited About (So Far)
NextThat Face When You Help Your Disorganized Friend Move Across The Country: Comment Of The DayNext