The 2023 Tokyo Auto Salon is kicking off on Jan. 13, and it promises to be chock full of cool stuff. Picture a Japanese version of the SEMA show with all the tuner brands you fantasized about during the Hot Import Nights era and you’ve nailed it. While not every company has announced plans for the show, here are the cars coming to Tokyo next month that we know about already. 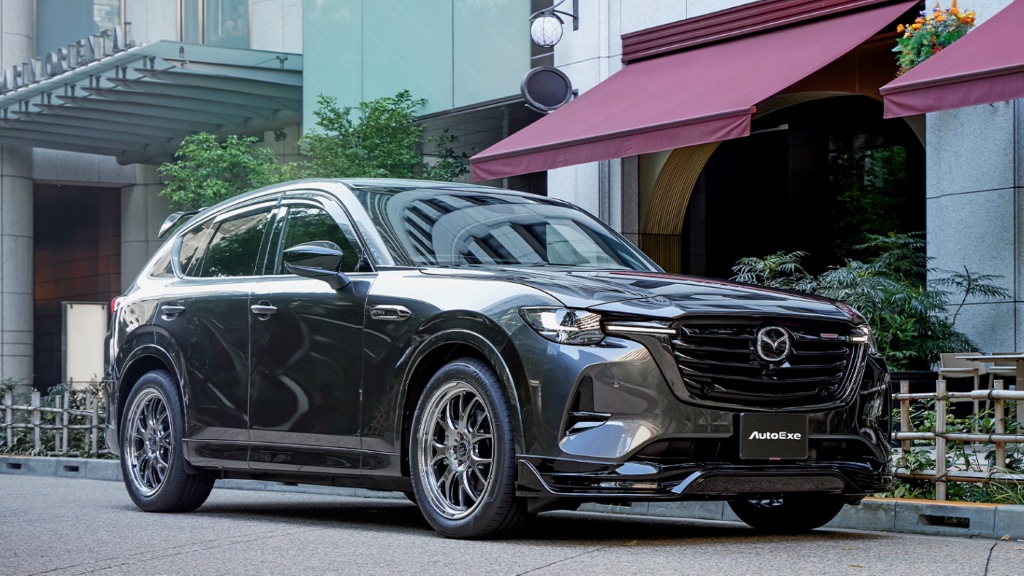 As Mazda moves upmarket, so does tuning house AutoExe. This small, reputable company plans on showing off its kitted-out CX-60 crossover that features a full body kit, lowering springs, a sports exhaust system, and plenty of aftermarket bracing. In case that doesn’t float your boat, AutoExe is also working on a big brake kit and a performance intake. Very nice. 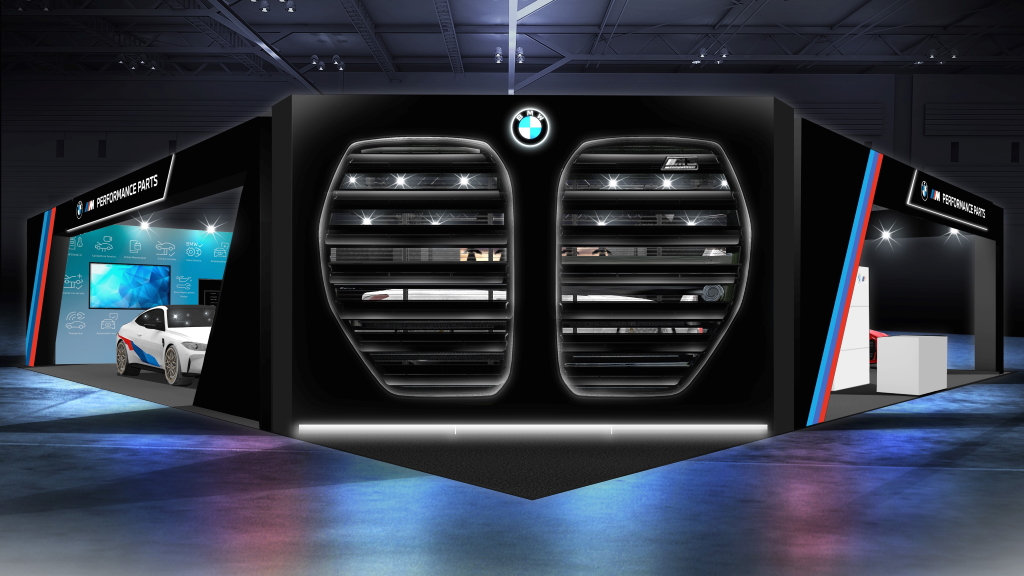 Ever the subject of controversy, BMW is rolling into Tokyo Auto Salon with its biggest grilles yet – two massive kidneys mounted to its booth. It’s a giant middle finger to the internet, a physical assertion of identity, and a sign BMW’s moved on from the crowd it lost when the F30 3-Series went to electric power steering. Oh, and BMW’s also showing off a new model in Japan, although it’s still to be seen whether or not it’s a world premiere. You can read a bit more about this booth here. 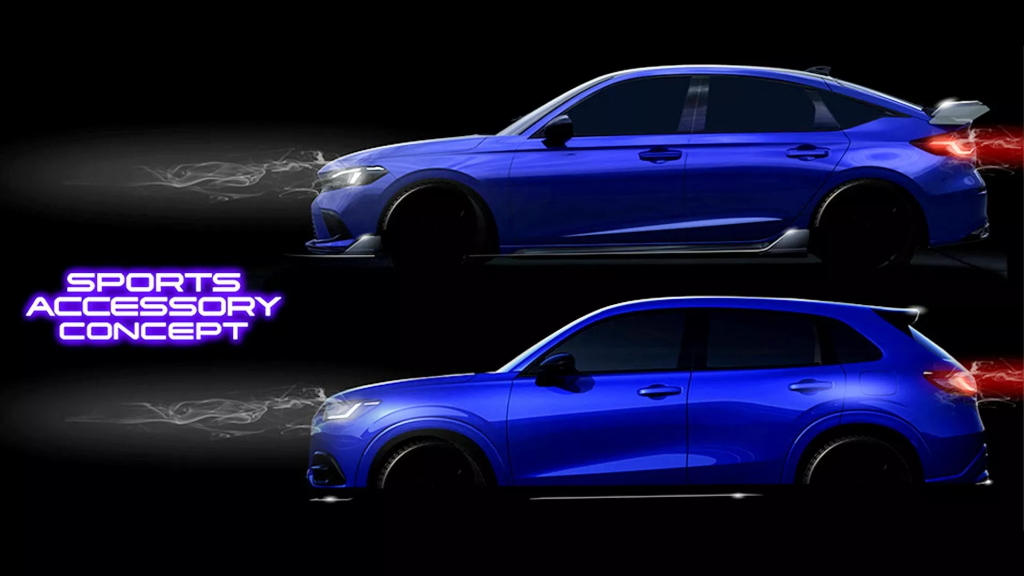 While “Sports Accessory Concepts” isn’t the most inspired name for a pair of kitted-out vehicles, Honda’s still rolling with it. The Japanese marque plans on making the regular Civic hatchback look a lot more like a Type R with a big wing and skirts, and a ZR-V (the American HR-V) look a bit, um, sportier with a similar treatment. Fingers crossed these modifications make their way to Honda’s American accessory catalog. 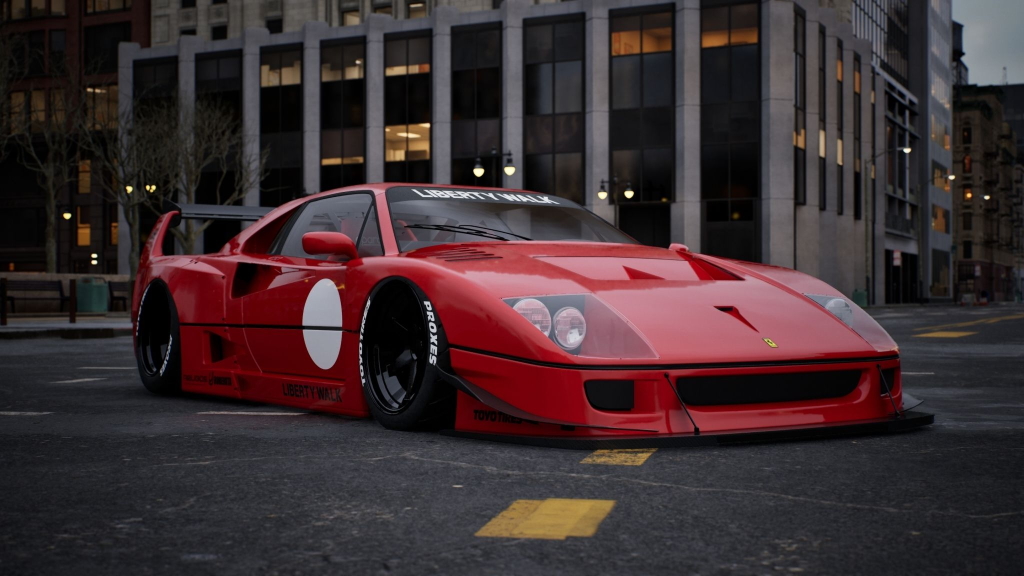 Purists, avert your eyes: Liberty Walk is drilling into an actual Ferrari F40. Yes, the overfender firm is soaring to new heights by widening one of the most iconic supercars of the 20th century. While the stanced Miura from last year was a kit car-based replica, this job’s for real. Check out some more renders and Instagram pics of the kit in process here. 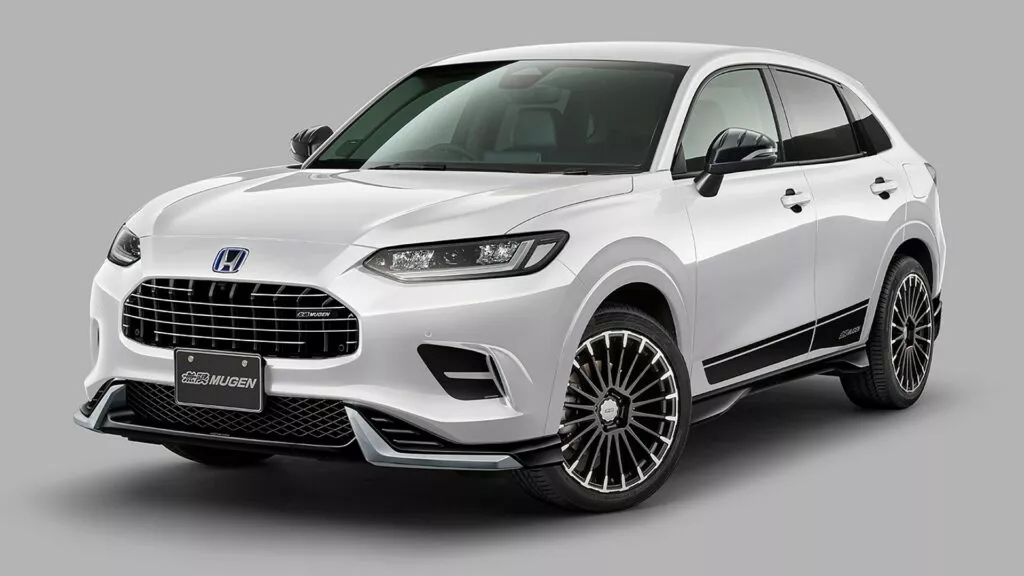 Mind you, Tokyo Auto Salon isn’t just a bunch of modified sports cars. It’s a place for modified regular cars too, and Honda tuner Mugen plans on showing off a customized ZR-V. Known in America as the HR-V, this docile subcompact crossover gets a body kit, turbine-style wheels, and some stripes to become a more distinctive form of transportation. Mugen also plans on showing off an upgraded Civic Type R, but we’ll have to wait to learn more about that. 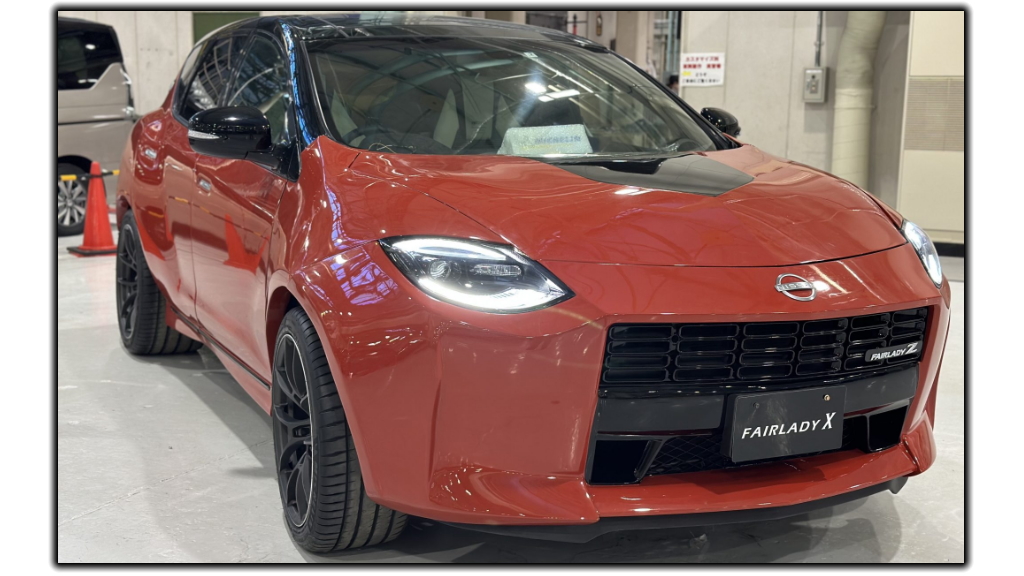 While the Fairlady X is a one-off car from the students at Nissan Automobile Technical College, there’s a whiff of Mitsubishi Eclipse Cross going on here. Basically, it’s an old Murano with Z styling traits, which is unfortunate given how vastly different the proportions are between the two cars. There’s certainly a lot of craftsmanship that’s gone into building this thing, but it’s just left me scratching my head wondering why a Murano? It really feels like this was a job better suited for the Skyline Crossover, aka Infiniti EX. Mind you, the Fairlady X won’t be the most outlandish thing Nissan is bringing to Tokyo Auto Salon. That would be a six-wheeled Roox kei car with a built-in piano. Of course, expect a litany of Fairlady Zs, Autech models, and even a modified Cube which went out of production in 2019. Yeah, it’s getting weird. 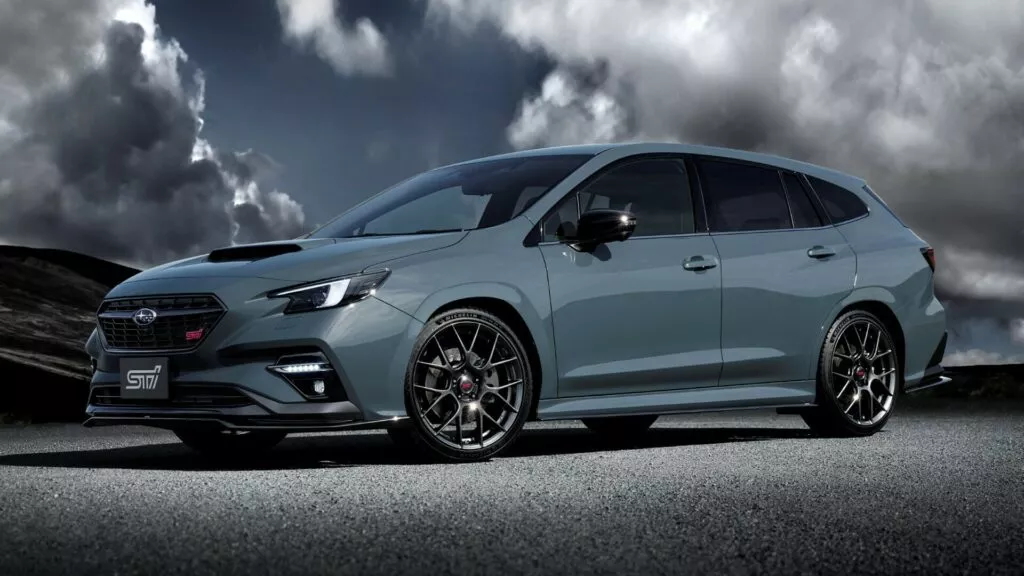 What’s a show for modified Japanese cars without a few tricked-out Subarus? The Pleiades marque is bringing a few cars to Tokyo Auto Salon, starting with a Levorg that’s received several STI parts. It’s basically a wagon version of the WRX, and a painful reminder that North Americans can’t have nice things. Best of all, the Levorg STI Sport # will be an actual car Japanese customers can buy, not just some one-off showpiece. Also on display will be a modified Impreza, a beefed-up outdoor-focused Crosstrek, a similarly-altered Rex, and a BRZ GTC300 race car. Good stuff.

As the days count down toward Tokyo Auto Salon, I’m sure we’ll see more and more cool stuff announced. Until then, I’d love to know what your favorite expected debut is. Whether your jam is a six-wheeled Nissan Roox or the hot AutoExe CX-60, there’s a whole lot of excellence going on here.

Thomas is a Nu Rave-blaring, heel-toe downshifting, maple syrup-swilling, chassis-geeking, junkyard parts-hauling, floppy-haired scenester who's been writing about cars since college. His current ride is a 2006 BMW 325i with the six-speed manual gearbox. Instagram: @thomas.hundal Twitter: @thomashundal
Read All My Posts »
PrevPreviousMember Rides: An Alfa Romeo GTV And A Classic Diesel Benz Are A Perfect Pairing
NextUsed Tesla Prices Are Falling Like A Stone Right NowNext