Something is Eating All The Silver 2004-2009 Toyota Prius Bumpers 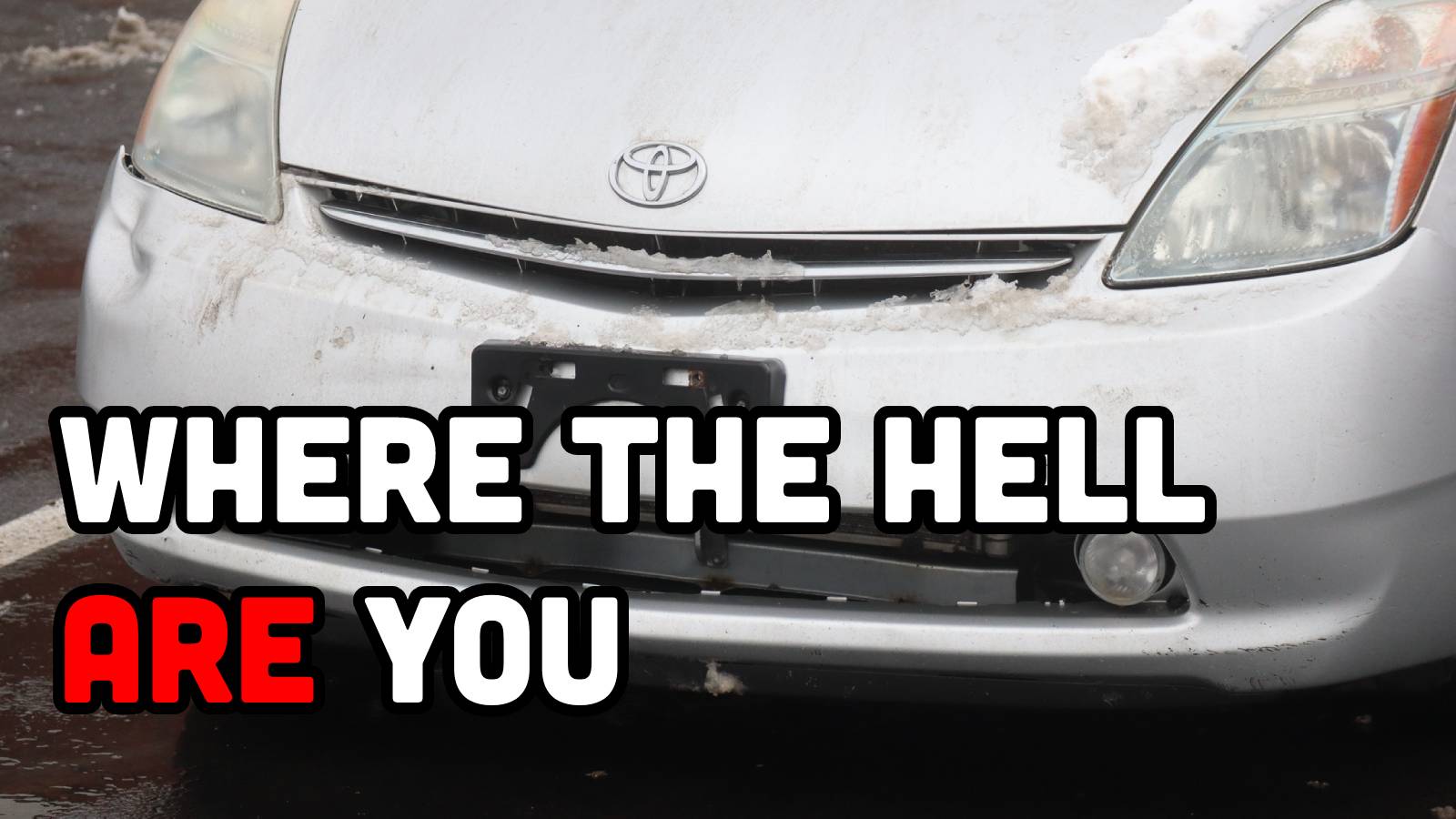 When I took stock of my smoked-in, catless, misfiring, 2009 Toyota Prius, I figured “Ah, whatever bumps and bruises I can easily find junkyard parts for, it’s a super common car.” Yet after a month of arduous online searching, I can confidently say I was wrong. Toyota sold more than 1,192,000 2004-2009 Priuses, with about 750,000 of them going to the United States.

And yet, I can’t find one goddamn silver front bumper cover. I have been searching for a month. I greatly underestimated how hard this is. 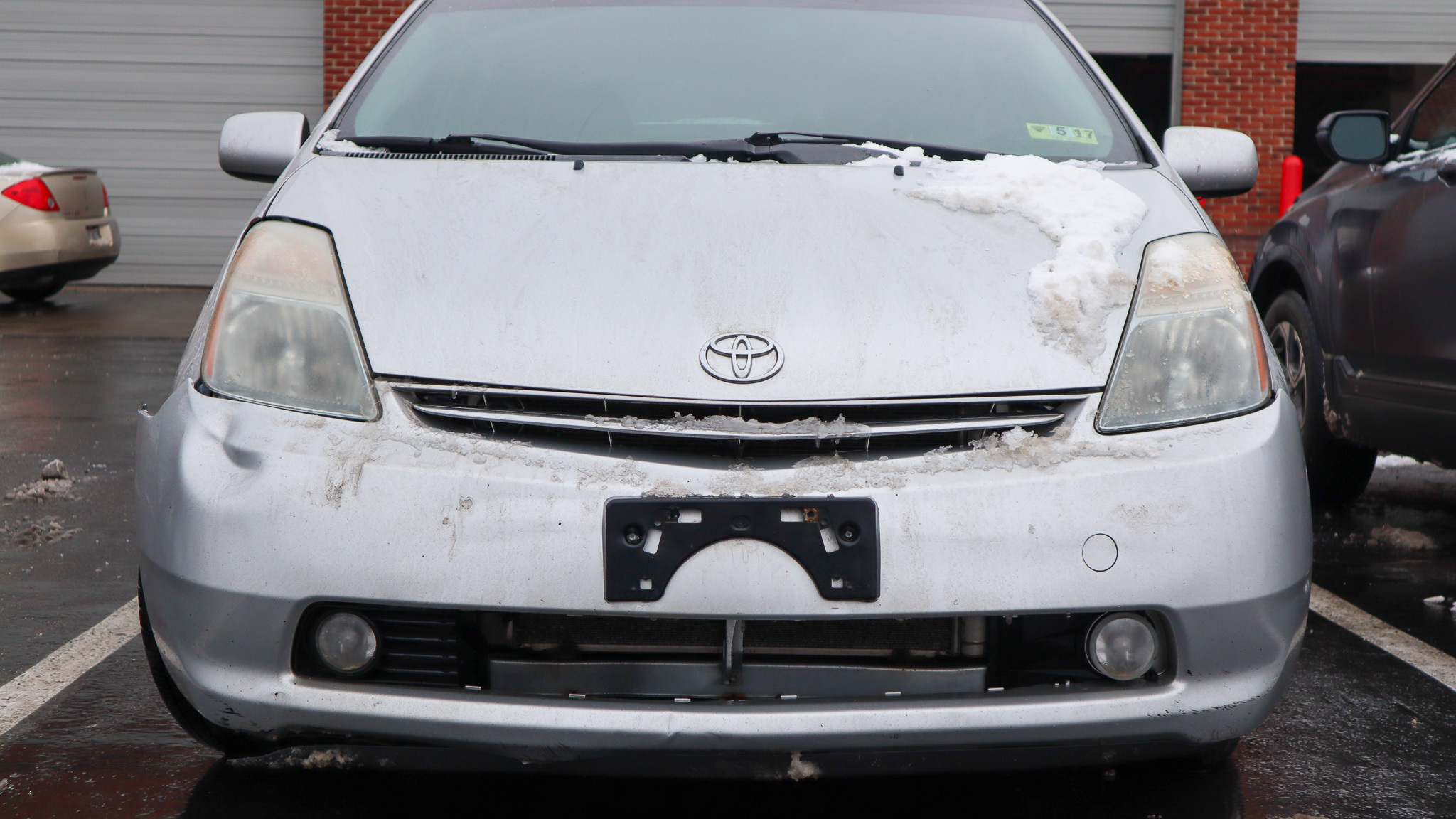 Listen, I had pretty low expectations out of a $900 Prius, that I saw listed haphazardly with one blurry photo and a two-sentence description in the middle of the night. But, I was pleasantly surprised at how much “car” was there.

Yes, it had holes in the front seats from where the previous owner would chain smoke on breaks and seemingly ash his cigarettes directly into the cushions. And yes, I knew that the previous owner had cut off the catalytic converter to sell after he deemed the gas engine “not worth replacing” after doing zero diagnostic work. It misfired like hell, complete with a flashing check engine light. But, like Chip and Joanna Gaines, I could see the car had good bones.

I noticed the West Virginia inspection sticker, meaning it hadn’t spent its life in Ohio where the roads are coated in salt brine from as early as Halloween and sometimes as late as mid-April. This example had no visible rust, these cars are getting up there in age, and examples that have lived in Ohio typically have their rocker panels and rear wheel arches that start to show some bubbling and corrosion. Mine doesn’t have that.

It does have, however, some minor dings, dents, and scrapes, common with a not-so-cared-for 207,000-mile car. Most of them are ignorable and not worth my time fixing, except for the front bumper. It has a huge dent, the lower grille insert is missing, and it’s barely hanging on one side. 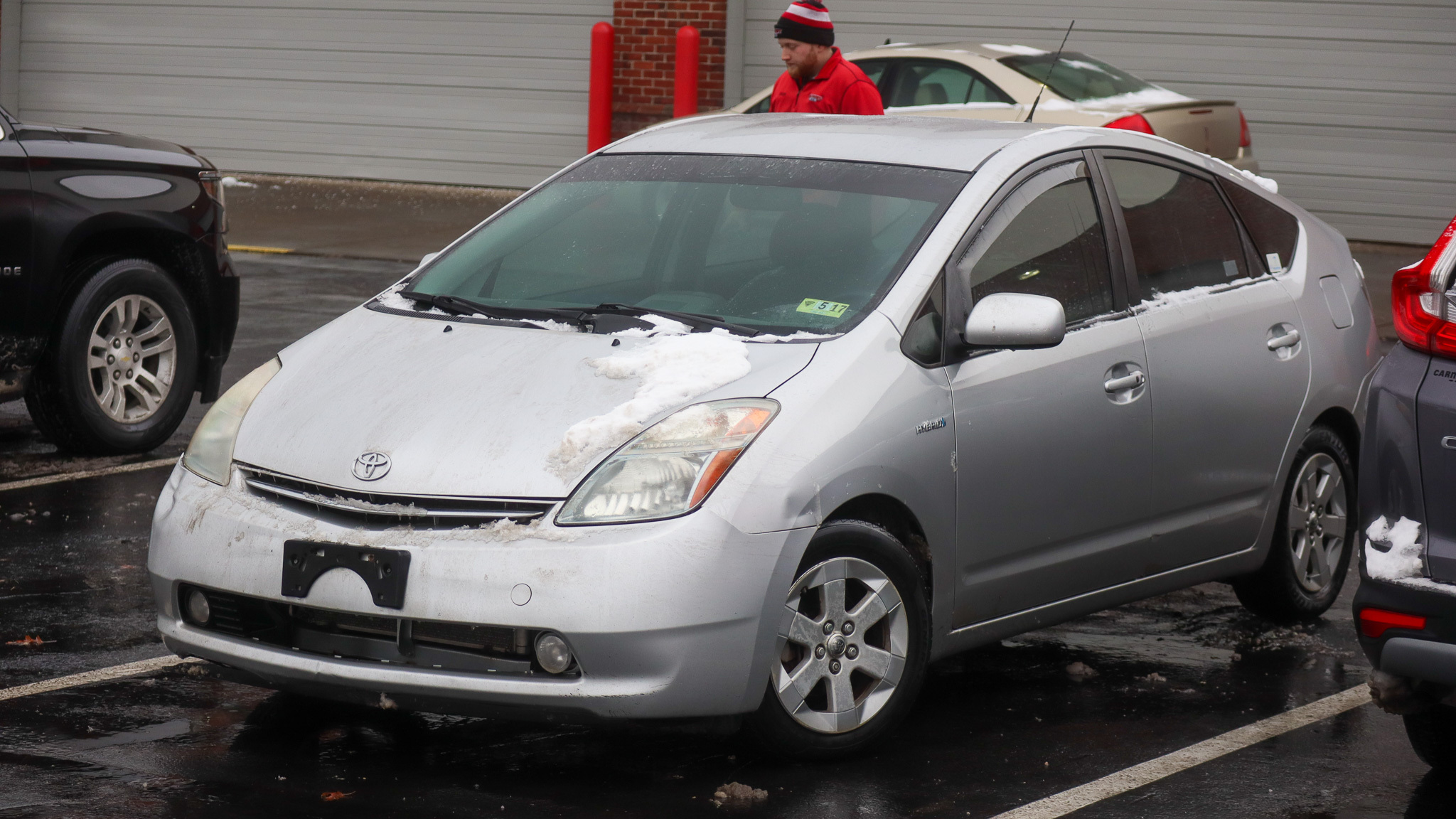 On any other car, I’d probably just pop the dent out as best as I could, then rehang the bumper.

Here though, that’s not an option. The bumper is ripped very close to the passenger side mounting tabs, to the point where it will be a royal pain (and out of my skillset) to repair.

“Eh, I’ll just budget an extra $80 for a good-condition used OEM bumper cover. I mean, it’s a silver Prius, junkyards are probably full of ‘em,” I mused. I was going to eat those words.

I thought I had everything in my favor, but I can’t find a silver Prius bumper cover (with fog lamp holes) within a 250-mile radius of Columbus, Ohio.

Let’s also take a moment to realize how hard it is to find silver Prius bumpers, specifically. I can’t say ALL Prii of that generation are silver, but come on. It’s fair to say the vast majority of them probably are. That’s the color that comes to mind when you think of this car, isn’t it? Or maybe that weird seafoam green. But this is like not being able to find a red Ferrari bumper anywhere. It’s baffling.

I started out with my local Pick-N-Pull, which had a 2006 facelift car that I could harvest parts from. The body was all intact, except the front bumper – which was an unpainted, black aftermarket unit. Also, it didn’t have fog lamps. 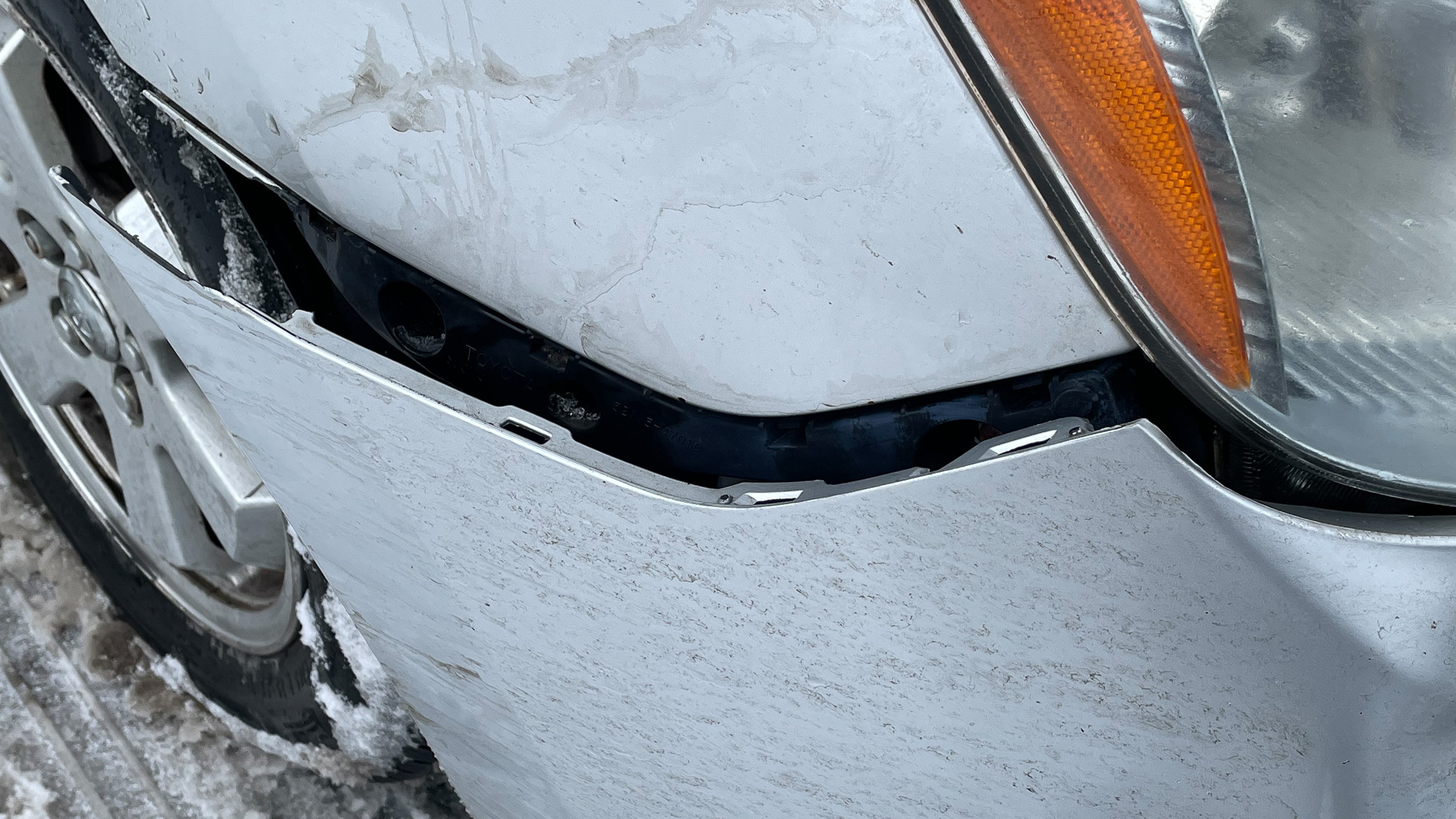 “Okay, whatever, usually the cars that go to Pick-N-Pull weren’t in great shape in the first place,” I rationalized away, that the black front bumper was just a symptom of a poorly treated Prius, and wasn’t in any way, shape, or form, indicative of a trend that was abducting all of the silver Toyota Prius front bumper covers.Next, I tried eBay -surely there’d be plenty of used OEM bumpers. Nope! The site had plenty of unpainted aftermarket options, and a few used ones in red, blue, or that mid-2000s seafoam green, but no silver. Well, technically the site had one used unit with fog lights, but it’s $574, with another $275 with shipping. No thanks, that’s more than I’ve paid in parts to get the car running and safe to drive.

That wasn’t going to work, so I went on CarPart.com and did a database search for all of its linked junk and salvage yards. In a 250-mile radius, there were zero, used silver front bumper covers. I know Columbus might not be the most cosmopolitan town compared to some of y’all big city slickers, but a 250-mile radius would include Pittsburgh, Indianapolis, Chicago, Cleveland, Detroit, Louisville, and even crossing over into Toronto.

No junkyard had one. I even called some of my local yards that aren’t listed on Car-Part, for them to respond with a dejected “Sorry man, we ain’t got no Priuses on the yard right now.”

Down, but not out, I turned my attention to Facebook Marketplace and Craigslist. See, there are a hell of a lot of Prius enthusiasts who literally trawl the apps all day in search of broken Priuses to fix up or part out. Sure enough, there were two sellers near me advertising 2004-2009 Prius parts. 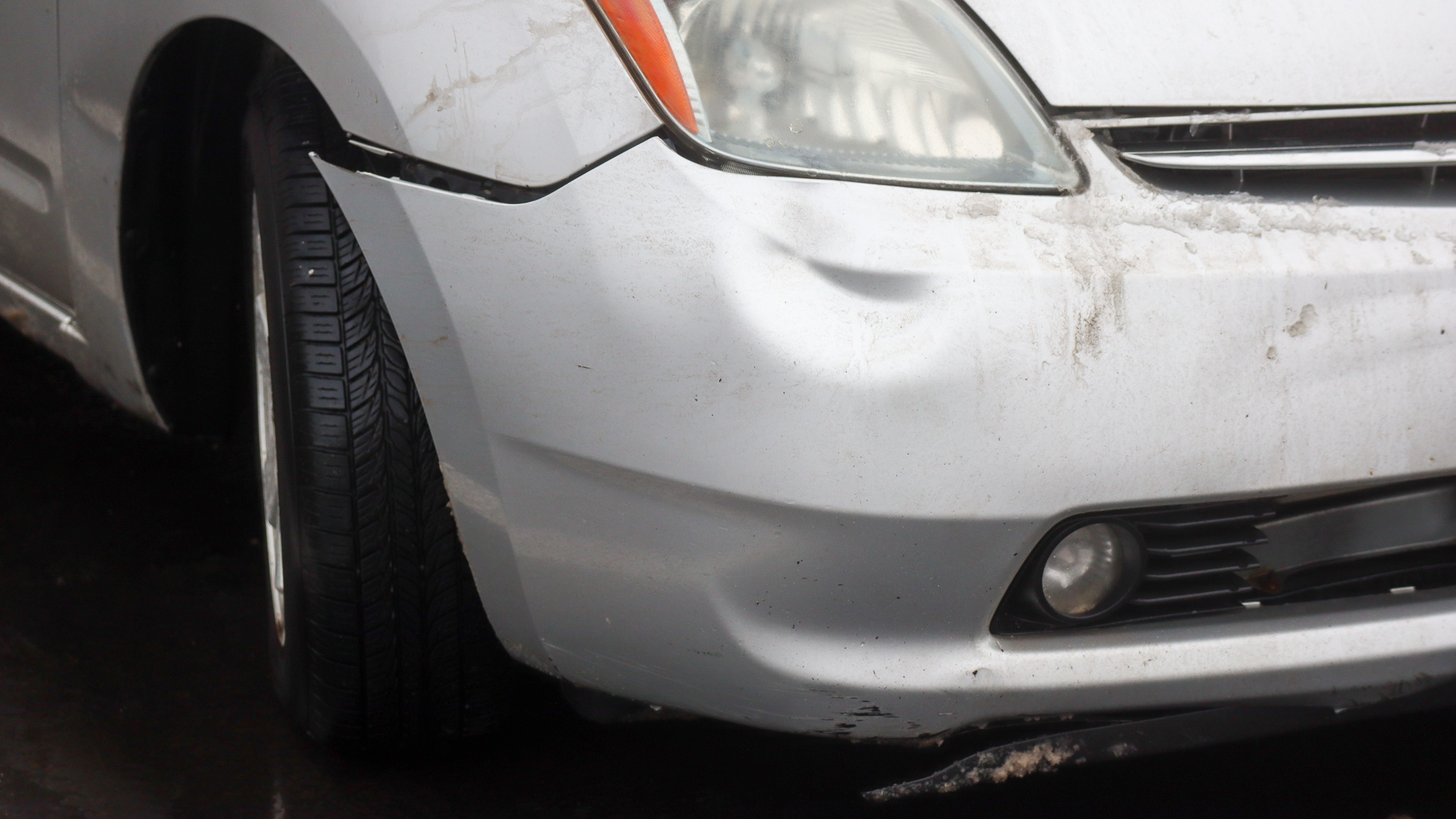 Neither of them had silver front bumpers.

“Oh, the silver front bumpers always go first,” said one of the sellers. I was both gobsmacked and awestruck. Toyota didn’t really update that Prius generation too much through its five-year lifespan, and I’m pretty sure that the vast majority of Priuses sold here were the same Millenium Silver Metallic shade that my car wore.

What fucking dark magic entity was out there in the cosmos, coalescing all of the Prius bumpers?

I’m sure some of y’all are reading, screaming at your computer and phone screens “Just buy an aftermarket bumper!”

I hate aftermarket bumpers. They never fit right and will need to be painted. Since painting, prepping, and color matching a body panel like this is out of my skillset, I’d have to send it out to be painted. If it isn’t color-matched correctly, or if the sizing is ever-so-slightly off like the case with many aftermarket body parts, the Prius could actually end up looking worse than when I started.

So, for now, I’m relegated to watching Car-Part, Pick-N-Pull, eBay, and Facebook Marketplace with great intent. It’s got to the point where I’m asking other car friends in Atlanta, D.C., and Chicago that if they see a silver Prius bumper for sale, I’d make the hours-long drive to harvest the piece of plastic and put it on my car. I just want to know, what on earth (or in hell, I guess) is devouring all of the Millenium Silver Toyota Prius front bumper covers?

Maybe I should perform a seance to find out.

In the meantime, if you have one, get at me in the apps.

Even CarMax’s CEO Thinks Used Car Prices Are Too High

Read All My Posts »
PrevPreviousMoving Is Terrible And Moving David Is Worse: Day One On The Road (UPDATE: St: Louis Reader Meetup!)!)
NextMember Rides: An Alfa Romeo GTV And A Classic Diesel Benz Are A Perfect PairingNext