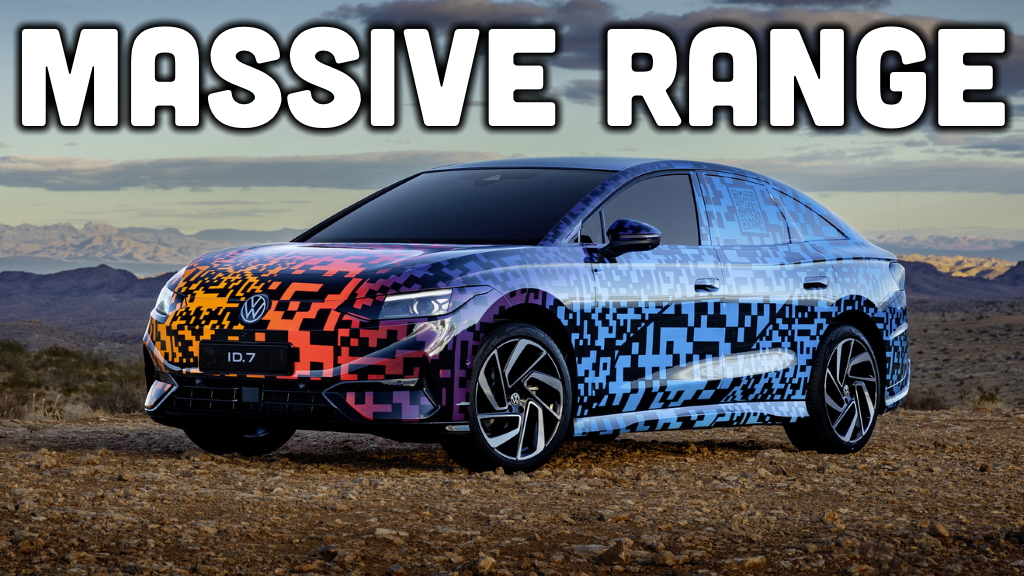 The Passat is dead, long live the Volkswagen ID.7. While Volkswagen fans have lamented for years that America got a different, downmarket Passat compared to the European model, the Passat’s effective replacement in North America is a true world car that goes back upmarket on the inside. While the ID.7 debuting at CES is clad in electroluminescent camouflage, there’s still plenty to see. Without further ado, let’s dive in to the latest mainstream electric sedan set for American showrooms. 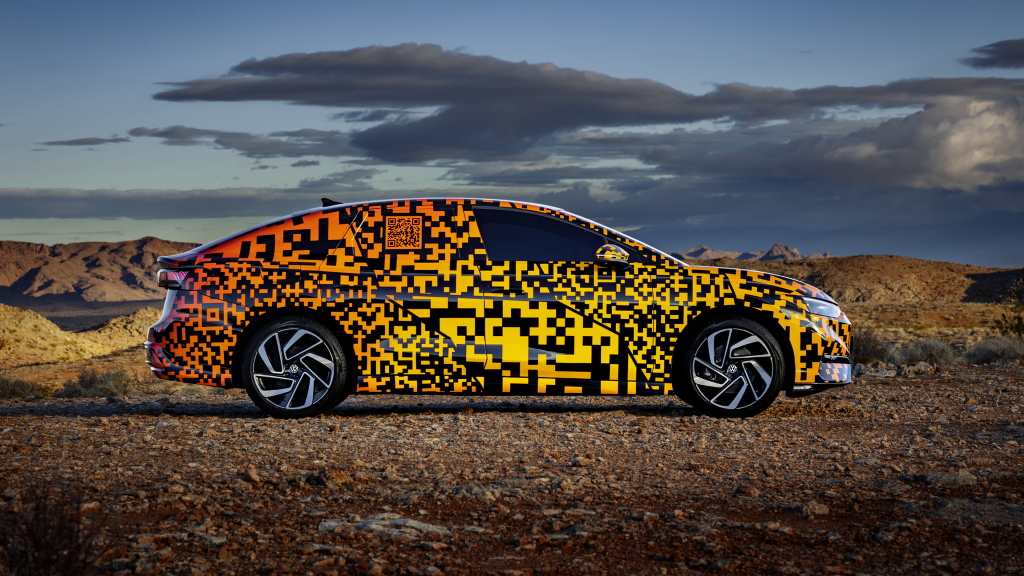 So what makes the ID.7 a Passat replacement? Well, while Volkswagen is keeping most dimensions under wraps, the ID.7’s 2.97-meter (117-inch) wheelbase is only 20 mm (0.787 inches) longer than that of the Hyundai Ioniq 6’s and roughly 167 mm (6.57 inches) longer than that of the outgoing Passat. That puts the ID.7 firmly in large family sedan territory, which should give Volkswagen an early EV entry into America’s favorite segment of passenger car. 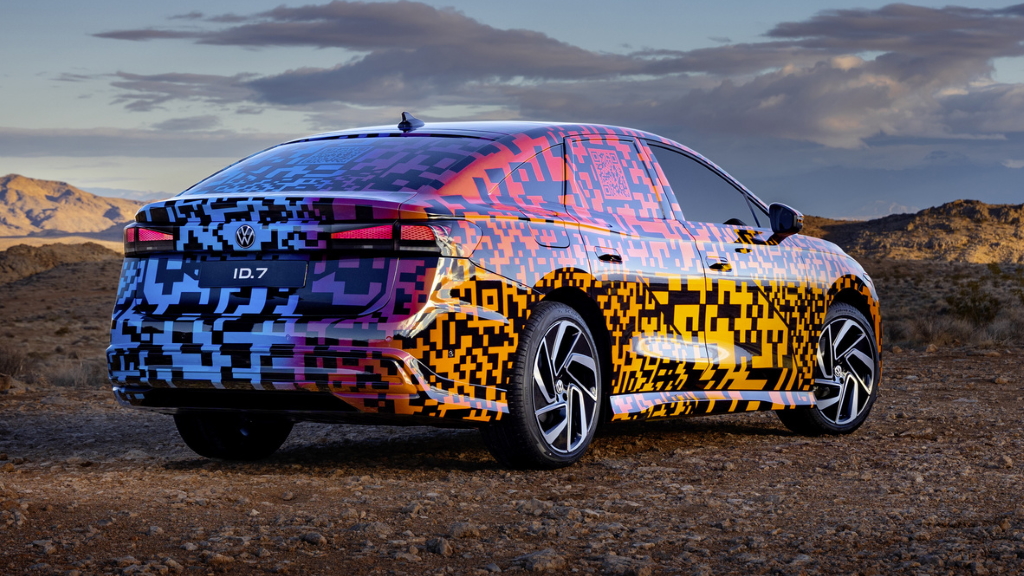 So what details can we pick out through the camouflage? Well, the lamp silhouettes look largely unchanged from the ID.AERO concept we saw last year, but the front bumper seems to ditch the LED daytime running lights in favor of aero-friendly air curtains. The rear bumper’s also different from the concept car, featuring a taller diffuser-style trim piece. Production-spec door handles look identical to the recessed electronic latches of the ID.4, while the mirrors also look like ID.4 bits. Overall, the ID.7 looks faithful to the concept and should be a fairly handsome sight on the roads. 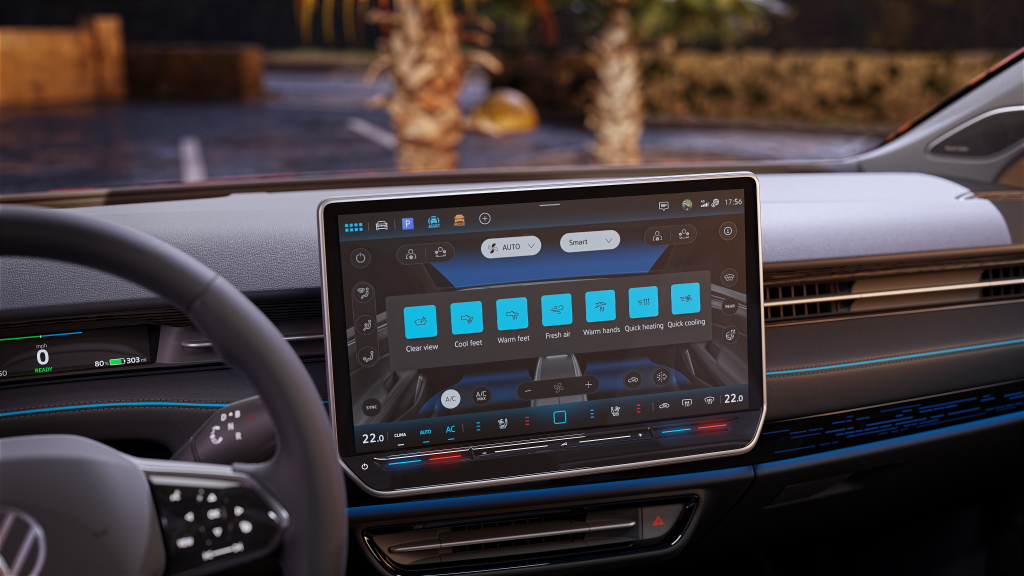 The really big news is on the inside of the ID.7, where Volkswagen seems to have fixed some of the infotainment clusterfuck affecting models like the ID.4 and GTI. While temperature and volume are still controlled by capacitive-touch sliders, said sliders are now illuminated so they can actually be used in the dark. What’s more, climate controls including heated seats are now a static top-level bar in the infotainment, a massive improvement over being buried in a sub-menu. That’s not to say things are perfect, but it’s good to see workarounds for existing gripes. Unfortunately, Volkswagen hasn’t addressed the stupid capacitive-touch button for the rear windows, but the infotainment and climate control upgrades are a good start. 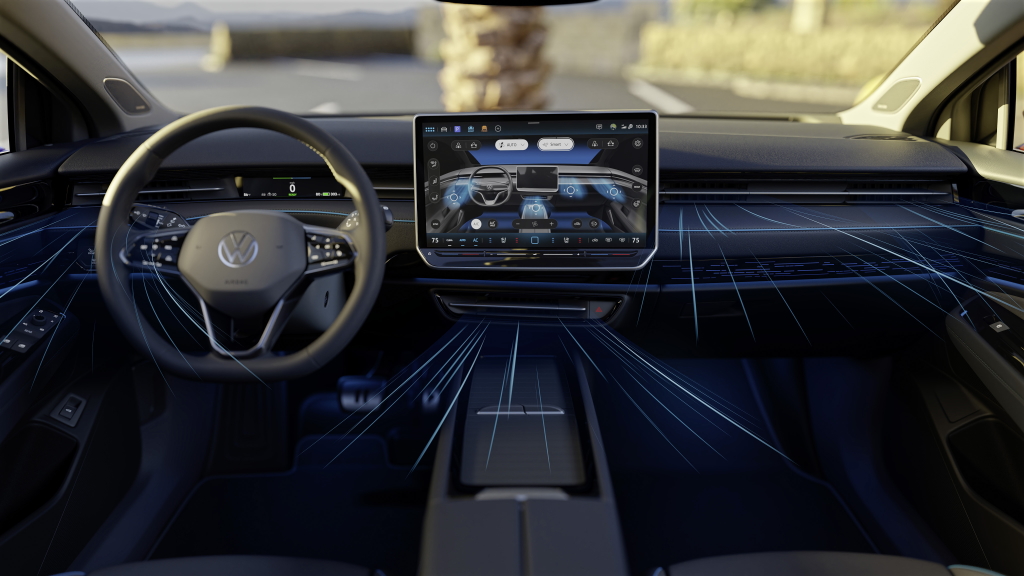 Speaking of climate control, the ID.7 inherits power-adjustable air vents from models higher in the Volkswagen Group food chain. While this sounds like a pain in the ass, it does come with one massive benefit fans of ‘90s Japanese luxury cars will know and love – the vents can oscillate. Not just side-to-side, but also up-and-down to send air everywhere, plus said vents can auto-adjust for special voice-activated climate programs. If your hands get cold, the ID.7 can flip on the heated steering wheel and direct hot air to blow on your hands, which sounds excellent for anyone with arthritis or Raynaud syndrome. 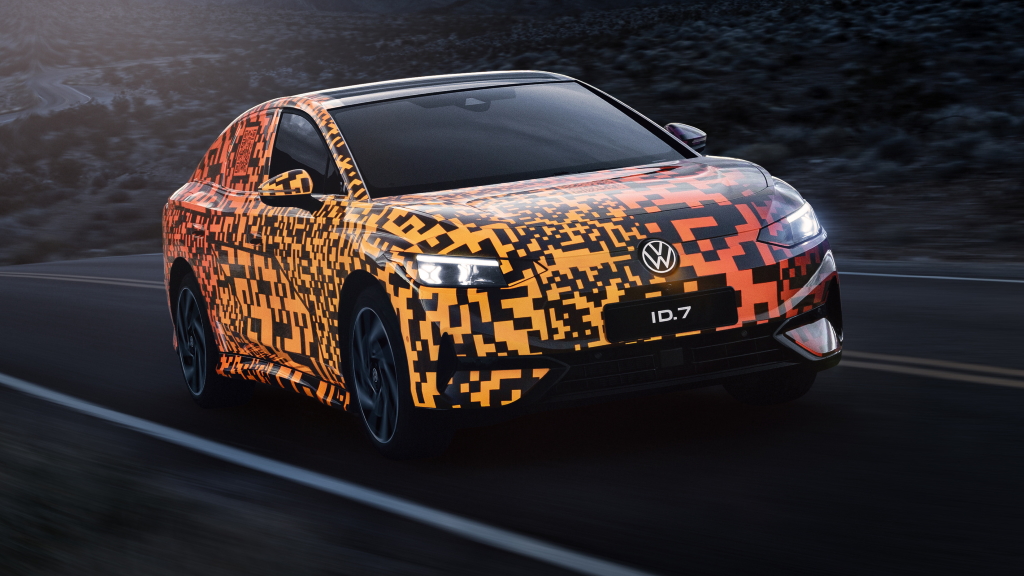 The reasonably tight frontal area of a sedan often benefits range, and the Volkswagen ID.7 is targeting around 435 miles (700 km) of range on the optimistic WLTP cycle, or around 56 miles (90 km) longer than the longest-range Hyundai Ioniq 6. That should also blow the Tesla Model 3 out of the water, as its longest-range configuration is rated for 382 miles (614 km) of range on the WLTP cycle. It also surpasses the Tesla Model S, which gets a WLTP range rating of 634 km in its longest-range configuration. While WLTP figures can’t be directly translated to EPA figures, achieving this 435-mile target should make range anxiety virtually nonexistent. Volkswagen hasn’t yet divulged how it plans to pull such range out of the ID.7, but it’s reasonable to assume that a combination of battery tech and aerodynamics may have something to do with it. 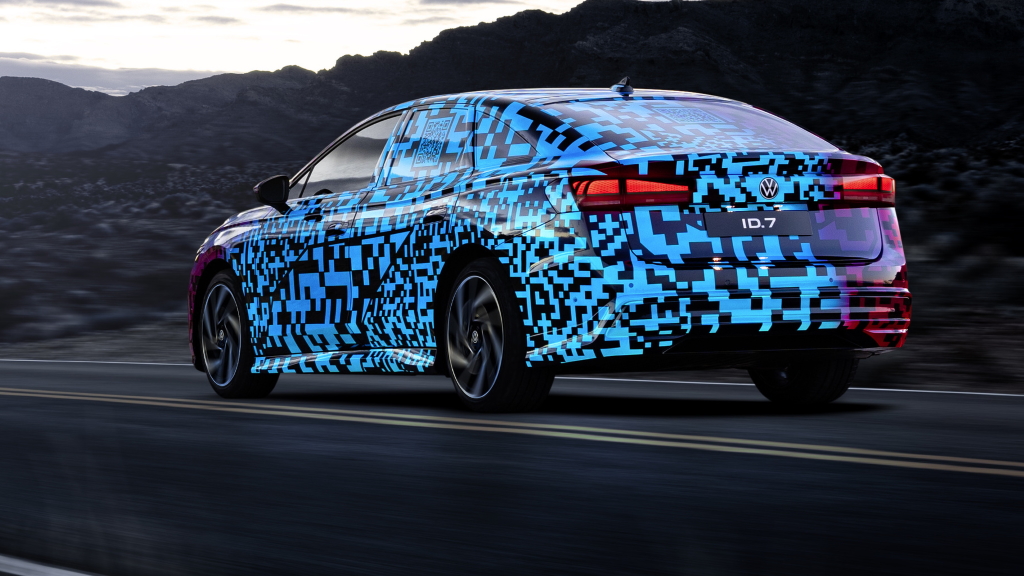 Expect the ID.7 to go on sale in America in 2024, which means that we’ll probably see it with the camo off sometime in the next year and a half or so. I’m incredibly excited for more options in the mainstream electric sedan market as not only do their profiles and frontal areas benefit range, typical sedan-like hip points really highlight the low centers of gravity that EV platforms have to offer.

2023 VW ID.Buzz First Drive: Why This Electric Van Is So Important For Volkswagen And For EVs Overall

Thomas is a Nu Rave-blaring, heel-toe downshifting, maple syrup-swilling, chassis-geeking, junkyard parts-hauling, floppy-haired scenester who's been writing about cars since college. His current ride is a 2006 BMW 325i with the six-speed manual gearbox. Instagram: @thomas.hundal Twitter: @thomashundal
Read All My Posts »
PrevPreviousThe Auto Industry Thinks The Future Of Cars Is Everything But Driving
NextTesla’s Claim That Cybertruck Can Pull “Near Infinite Mass” Is Hilarious BullshitNext