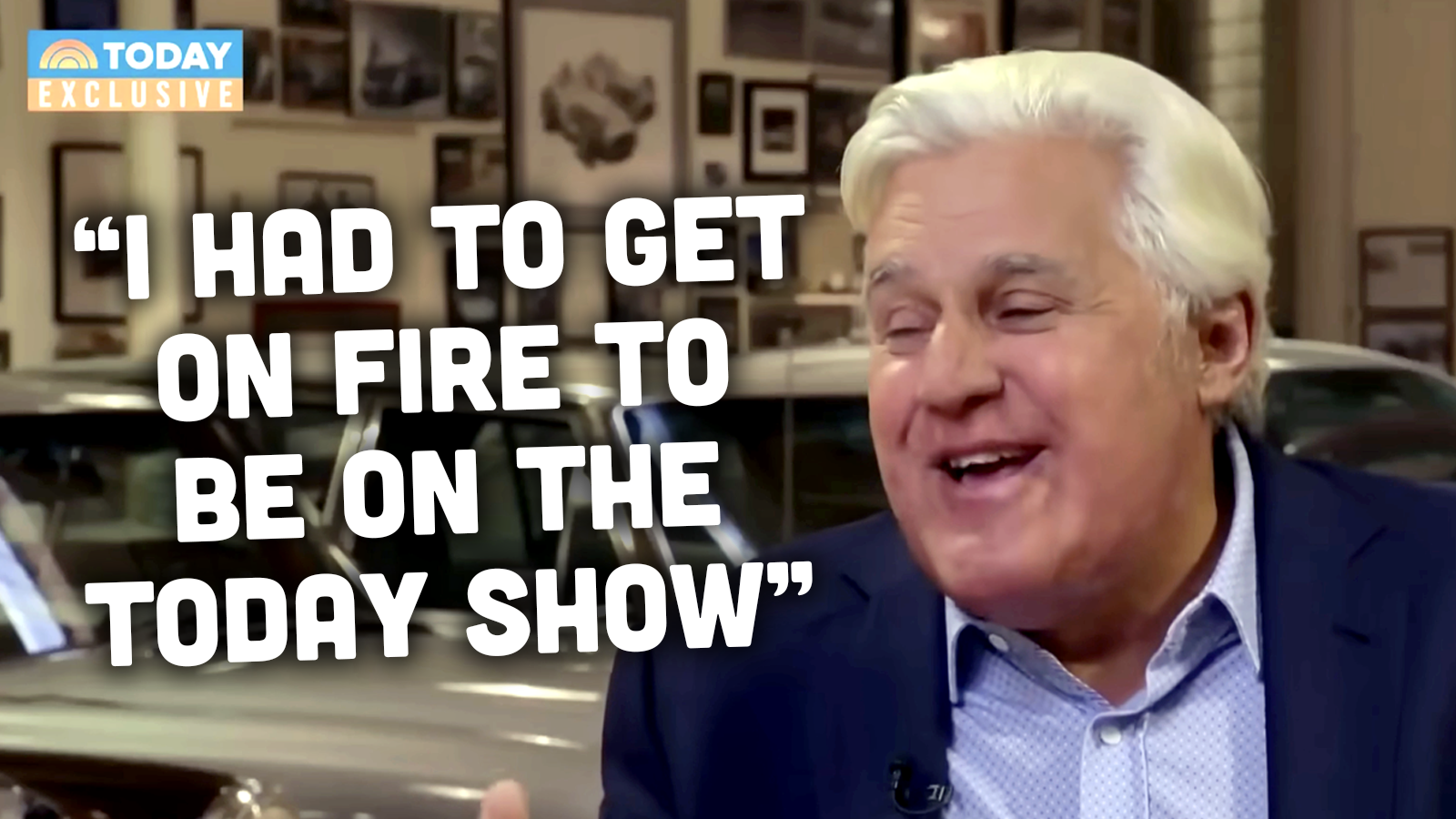 Last month, funnyman and legendary gearhead Jay Leno was badly burned while working on one of his steam cars. He’s been out of the hospital for a while and is talking about the incident that cooked his face. Now we know the full story of what happened to him on that day.

Leno described the terrifying accident in an exclusive interview with TODAY’s Hoda Kotb. Despite the serious subject at hand, Leno fires off a solid joke in the first ten seconds. Kotb starts by saying that she’s so happy to be sitting across from Leno, to which he responds: “Well thank you, I’m afraid I had to get on fire to be on the TODAY Show.”

Leno from the jump reminds us that not even being on fire can take the funny out of him. The two also discuss the support that poured in for Leno from fans, fellow car enthusiasts, and even President Joe Biden.

But Kotb didn’t waste too much time with the chat and among his great collection of cars, the two got right into the discussion of what happened:

As Jason wrote in his explainer on how steam cars can cause a gas fire, Leno doesn’t just collect cars; he also enjoys working on them. He has enough money to pay the best mechanics, but Leno gets his hands dirty working on vehicles that some of us will never even see in real life. In this case, the vehicle was a 1907 White Model G steam car.

Here’s Jason’s explanation for why a steam car has a gas tank:

Even though steam cars are powered by steam, you still have to make the steam, which means heating up water. The methods used to heat water can involve burning wood or coal or really pretty much anything, including gasoline.

In the case of the White steamer, there’s a “pilot fuel” used to light the flame to get the water hot, and, as you can hear Jay say at this point in the video, the White uses gasoline to light the pilot of the car. It’s also worth noting that the gasoline tank in the car is pressurized, so if Jay was under the car and something happened to a fuel line, it’s not going to just drip out like a non-running internal combustion car would, but instead would spray out, since it’s under pressure.

You can watch Jay Leno get this thing running in a 2012 video on his YouTube channel. In that video he burned his hand a little getting the fire started in the car’s burner:

As Leno explained to Kotb, the White’s fuel line was clogged and Jay was underneath the vehicle trying to free things up. Leno then had air blown through the fuel line, which caused gasoline to spray out in such a manner that Leno’s face got covered in fuel. Then, like real life imitating a Final Destination film, the pilot light jumped, igniting Leno’s face.

Leno called over his friend Dave, who describes the situation as Leno being completely engulfed in flames, so much so that he couldn’t even see Leno’s face. Dave says that he smothered the fire by pulling Leno into his chest, to which Leno jokes “I thought it was a bad Tinder date, what’s going on here.” After a quick laugh, Dave gets back into telling the story. Leno’s face is now out, and Dave told him to go put some cold water on it. Meanwhile, Dave put the fire out on the car before going to check out on Leno. Dave describes layers of skin peeling off of Leno’s face and they called 911.

Doctors told Leno to immediately go to a burn center, but at first, he drove himself home to his wife, Mavis. The pair would then go to the Grossman Burn Center, where doctors had to peel away layers of burned skin. Throughout the ordeal, Leno spent a lot of time cheering up hospital staff and even buying them lunch.

When asked about if he worried about the outcome of his procedures, Leno said that when you look like him you don’t really worry about what you look like. He further said that his left ear was reconstructed and he underwent grafting procedures; he also spent eight hours a day getting hyperbaric oxygen therapy. This treatment involves a patient getting pure oxygen in a chamber where air pressure is 2 to 3 times higher than normal, allowing for faster healing.

Leno closes out the interview by saying that keeping upbeat was part of his recovery. He says that accidents happen every day with people who work with their hands and he didn’t want to be the rich guy crying about getting burned. So he kept the jokes flowing. As for lessons learned? Leno jokes that he didn’t learn anything and that he will not be skittish about working on his own cars.

We’re happy to hear that Leno is recovering well. Leno’s friend Dave says that he underplays how serious this situation was, and he’s not wrong. Thankfully it didn’t end worse, and hopefully, Jay Leno will be fully back in action soon.

• Jay Leno Released From Burn Ward, And Why A Steam Car Caused A Gas Fire In The First Place

• The New 2023 Toyota Prius is Sleeker, Bigger, Quieter and More Powerful, So Why Am I Bummed Out?

Mercedes is a lifelong fan of all things powered by an engine. When she isn't driving one of her five Smart Fortwos or her 14 other vehicles she could be found in the cockpit of a Cessna 172 or perhaps swimming in any body of water that she could find. She also has a deep love for buses of all kinds. Please send her buses. mercedes@theautopian.com Instagram: @mistymotors Twitter: @Miss_Mercedes30 Facebook.com/neonspinnazz
Read All My Posts »
PrevPreviousPower To The People: 2024 Ford Mustang GT Makes 486 HP
NextCitroën Teases New Zero-Horsepower Concept With An Obscure Historical Reference Involving FirefliesNext