Everything about this video feels a little too bonkers to be real, but so far we’ve no strong evidence it’s been faked, though I suppose it’s always possible, here in our era of New Math and silicon chips and fax machines. But, for the moment, let’s take it as a genuine dashcam video, recording a scene that took place  a bit over a month ago, on the four-lane blacktop of I-75 around Dayton, Ohio, where an unusual little car (for the middle of America, that is) — an original, Issigonis-designed Mini — somehow pirouetted across three lanes of highway, spinning around multiple times like a drunk dreidel until control was finally wrested back. Incredibly, no cars made contact, and, aside from what is likely an absolutely obliterated pair of underpants, no one seems to have been hurt at all. Holy crap.

Here’s the video, complete with a soundtrack from what I think must be Joe Rogan playing in the background, and some surprisingly low-energy in-car reaction shots after the action, in case you needed that element to fully appreciate the experience:

Did I already say holy crap? Because holy crap. What happened here? 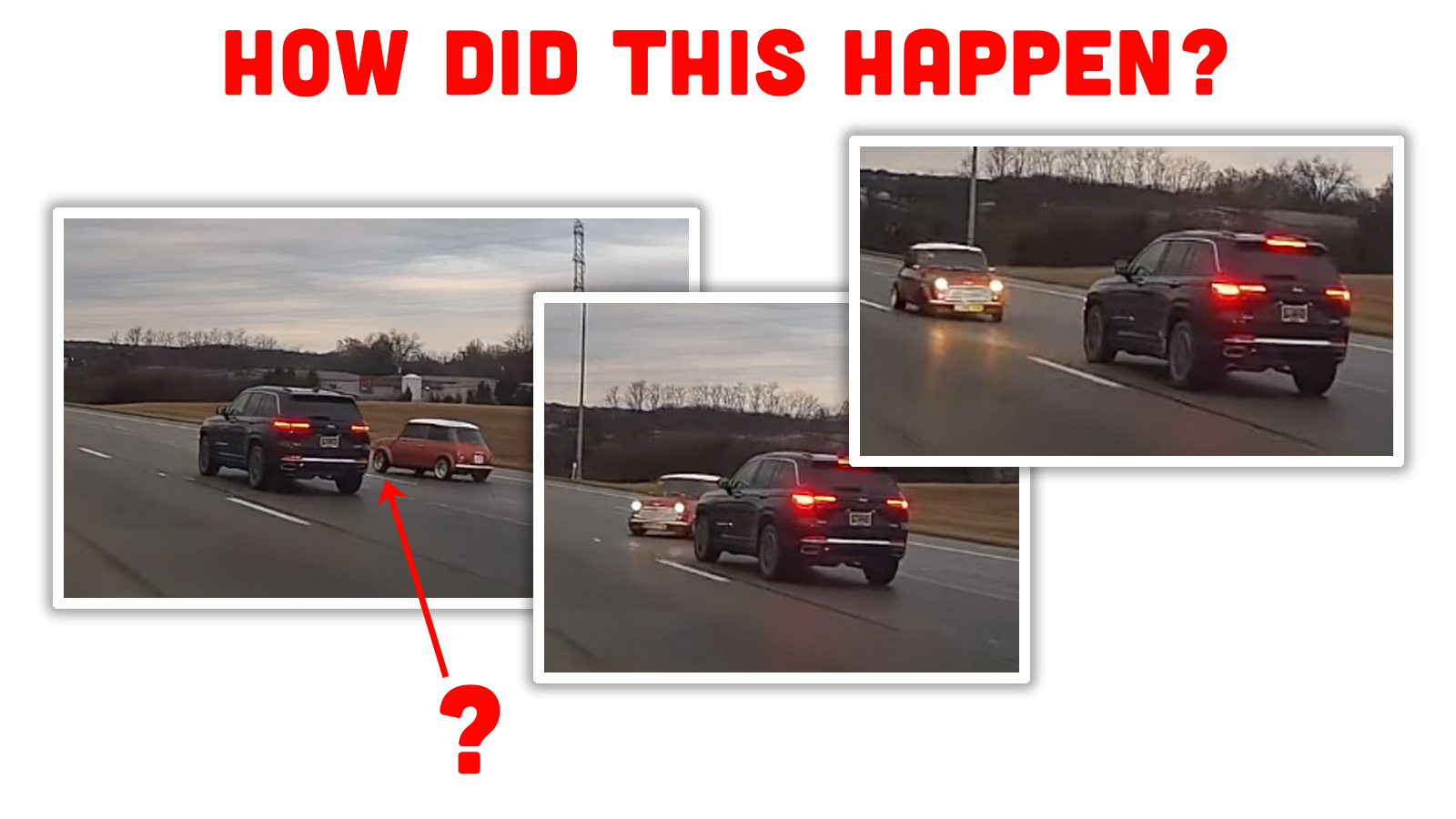 Is there something going on with how the wheels are turned there, as the Mini merges? It looks like the wheels are pointed to the right, which, as you seasoned highway-mergers know, is the wrong way to turn to merge to the left. It’s tricky to tell, but there’s not much else to go on. Wrong steering input, and an overcorrection?

The car itself is actually one that is known for good, nimble handling, and as a FWD, front-engined car, oversteer is not something I usually associate with the car, though it sort of looks like some extreme version of that may have happened here, as the Mini was merging onto the highway?

Truth is, I’m not clear at all why this happened. The road looks pretty dry, I don’t see any obvious ice, but I suppose it’s possible there was a patch of something slick on the end of that on-ramp? Or the owner had just finished buttering those tires?

The Mini looks to be a pretty late original Mini, if I had to guess a mid-to-late ’90s Mini Cooper, based on the big fender flares and slightly larger (but still quite small) wheels. Something like one of these, sans stripes and the extra lights: 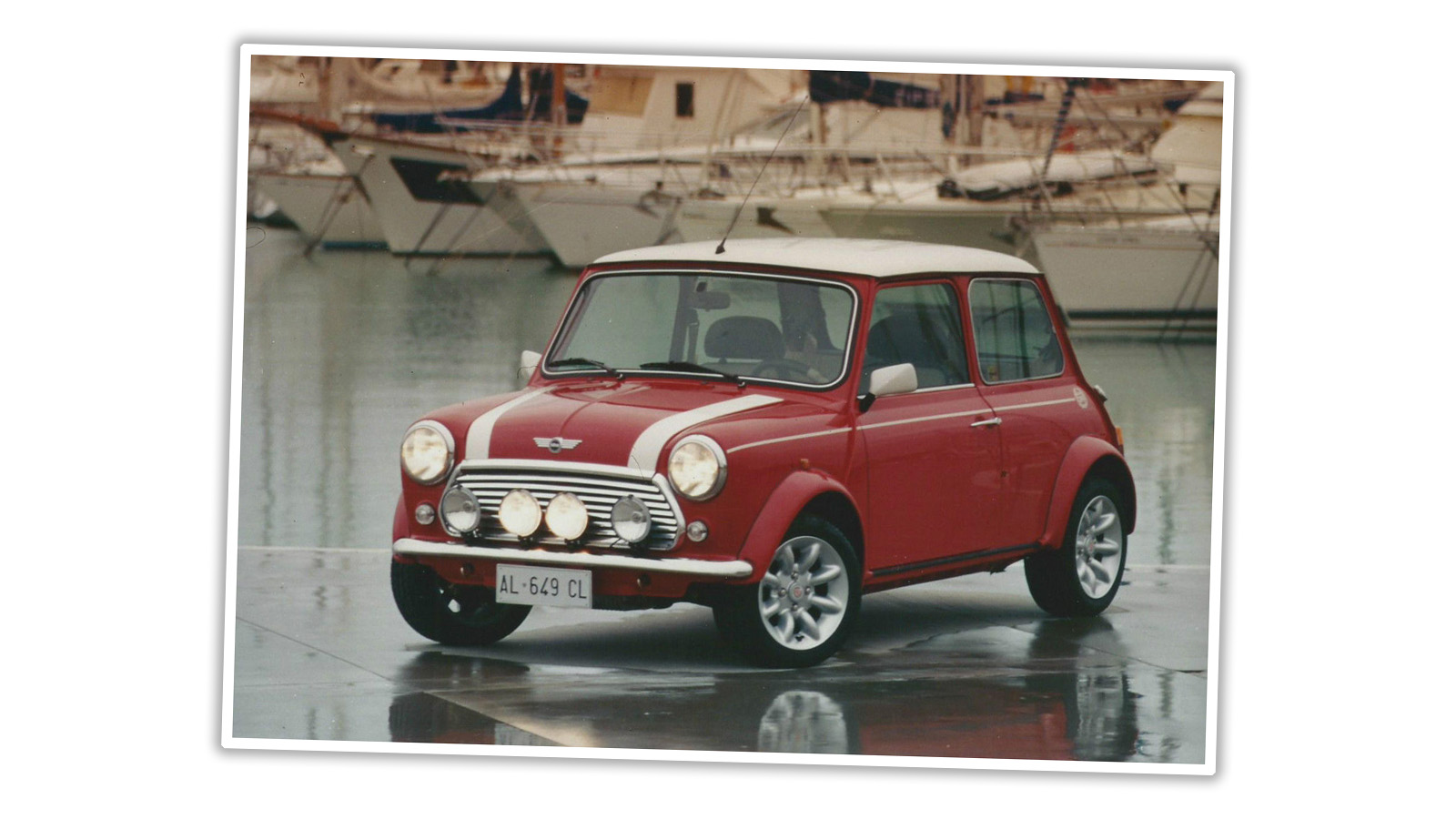 They’re fantastic little cars, with long and rich racing and rallying pedigree, but that doesn’t mean they can’t end up spinning out of control like in that video. Amazingly, the little Mini manages to spin both clockwise and counterclockwise as it whips across the road.

I’m happy no one was hurt, and, I suppose perversely, happy it was all captured on a dashcam, because it is a remarkable, almost balletic, event to witness. If anyone has decent, or, hell, indecent theories about what could have caused this, I’m all ears. Or, I guess, eyes.

I'm a co-founder of the Autopian, the site you're on RIGHT NOW! I'm here to talk to you about taillights until you cry and beg me to stop, which I absolutely will not. Sorry. Hug? Also, David's friend.
Read All My Posts »
PrevPreviousThe Electrified 2024 Corvette E-Ray Configurator Is Up. How Would You Spec Yours?
NextMazda’s New 3.3L Turbo Inline-Six Puts Down Some BMW-Fighting PowerNext