Look at this, everyone! News! News about an engine! You know, the sort that still runs on internal combustion. With the global automotive industry racing toward electrification faster than David can rack up a zoning ordinance violation, I feel like I haven’t written about some hot gasoline engine news in forever. And this hot news comes to us today from Mazda, the Japanese automaker working hard to deliver on that “premium” brand image with the sort of performance those buyers like. Move over, BMW and Mercedes-Benz: Mazda has some pretty decent inline-six goodness headed our way soon.

The automaker today announced that its all-new 3.3-liter turbocharged inline-six motor will put out 340 horsepower and 369 lb-ft of torque on premium gas. That’s much better than previous announcements about this new motor, which had a more disappointing output below 300 HP—at least in some markets. But in the U.S., where it will debut on the all-new three-row CX-90 crossover—more on that in a second—it’ll be much more impressive, putting down torque on par with a BMW 340i and the Mercedes GLE 450. Seriously, not bad.

This new I6 will also be the most powerful gasoline engine ever produced by Mazda (move over, FD RX-7) and will be backed up by a 48v mild hybrid system for enhanced efficiency and performance. I guess we couldn’t get through a new car news release without talking about electrification a little bit.

The new CX-90 crossover will debut at the end of this month. No clue what it looks like yet except for these shadowy teasers, but given the brand’s current (handsome, I think) design language we probably aren’t in for any big surprises or upsets here. Here’s the teaser lightened up a bit: 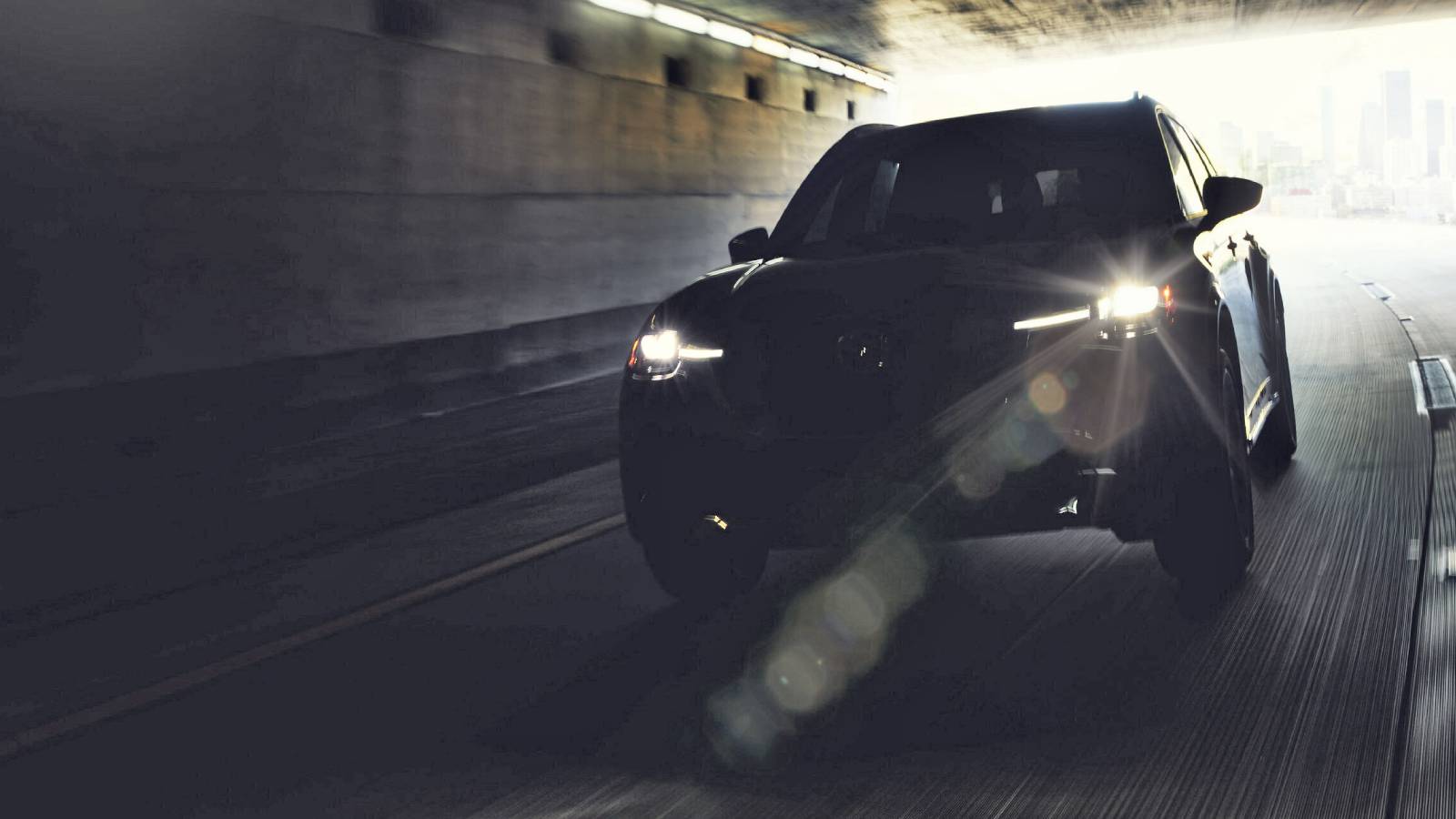 Okay, that didn’t help at all. Sorry, I tried.

The CX-90 comes out at an interesting time for Mazda, and in theory, its sales success should help the scrappy automaker pay the bills for bigger and better things. It’s trying to go more premium than before—if you can’t beat Honda and Toyota and volume, beat ’em by being a more exclusive, more margin-heavy business—and more power is key to that. The three-row CX-90 also has a “performance-oriented” plug-in hybrid variant coming soon, Mazda’s first. That crossover will be joined by the smaller CX-70; both will be the counterparts to the slightly smaller CX-60 and CX-80 sold in Europe and Japan. There’s also the addition of the rotary engine range extender to the electric MX-30, which so far has only been sold in California thanks to its disappointing mileage.

On the whole, however, as one of the last remaining small independent automakers Mazda feels behind the curve when it comes to electrification—especially EVs. The same could be said of much of the Japanese auto industry, but Mazda doesn’t have the giant scale that Nissan, Honda and Toyota do, so it’s got to call its shots very carefully. No matter how good the cars are—and they are very good—there’s a sad chance Mazda could be left behind when the battery era is fully upon us.

[Editor’s Note: A few things worth noting: This engine, as a rather long inline-six, will of course be longitudinally-mounted and send power to the rear-wheels (or likely all wheels, if I had to guess). Also worth mentioning is why inline-sixes are making a comeback. It’s not about their smoothness (as great as that is) it’s largely about cost-sharing with inline-fours that use the same engine architecture. There’s more to it than that, like how hybridization can remove accessory drive packaging constrains, how stability control/traction control can make rear-wheel drive more palatable to the masses, and other packaging considerations. But that’s a tale for another time (after I’ve talked with a few more powertrain engineers).  -DT].

Luckily, Mazda says change is coming. According to Automotive News, Mazda seeks to add electrification of all models by the end of the decade, including the Miata. It’s dumping $11 billion into electrification through 2030 and is partnering with a number of Japanese firms for batteries and necessary EV tech. It may also look into more North American production, which it’d pretty much have to do to get those EV and hybrid tax incentives under the Inflation Reduction Act. We at least know a hybrid CX-50 is coming from the Alabama plant it shares with Toyota.

It’s tough out there for a small, independent car company that still cares about making stuff that’s fun to drive. But I’m sure the CX-90 will be one of the better-driving vehicles in its class, and a great option for anyone looking for a Japanese alternative to a German luxury brand with a less ostentatious badge. And in theory, that should pay the bills for all these big battery investments.

That’s a lot of weight to put on this I6. I hope they pull it off. An electrified future without Mazda in it just seems like a giant bummer all around.

Editor-at-Large at The Autopian.
Read All My Posts »
PrevPreviousWatch This Classic Mini Accidentally Pull Terrifying ‘Italian Job’ Stunts On An Ohio Freeway
NextCamping Tech: Some RVs Are Going To Get SpaceX Starlink Internet Right From The FactoryNext