The 2023 COPO Camaro Is A Factory-Built Drag Car With A Screaming 10.35-Liter Big-Block V8 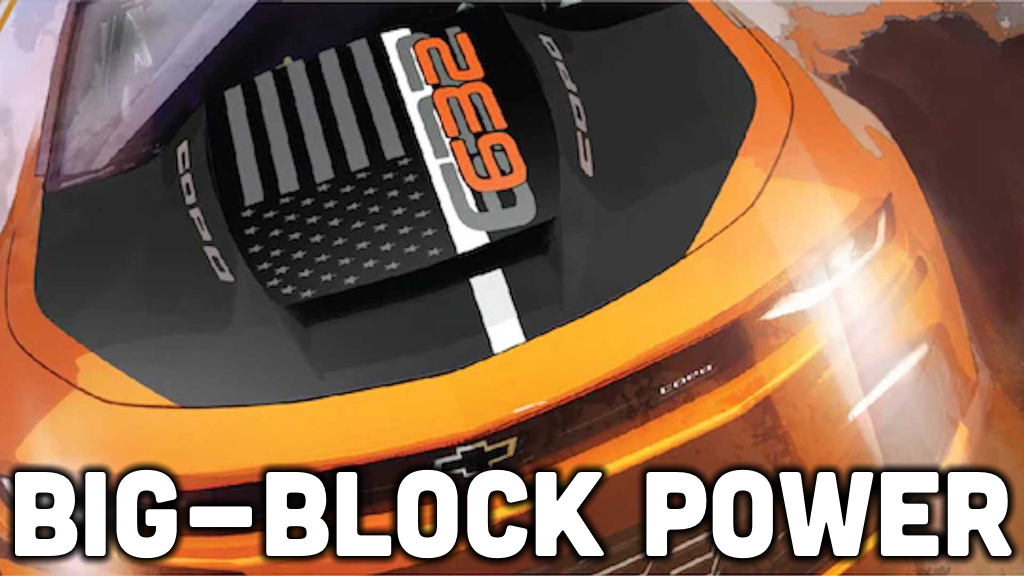 It feels like it’s almost the end of the road for the modern muscle car era. Sure, the 2024 Ford Mustang is keeping the dream of V8-powered mayhem alive for another generation, but it’s set to be the only torchbearer. The gasoline-powered Dodge Challenger and Charger are going away for 2024, and the future of the Chevrolet Camaro is in a strange sort of limbo. Still, that doesn’t mean that the Camaro as we know it is going out quietly. For 2023, the dragstrip-special COPO Camaro gets its largest, most-powerful big-block V8 yet. Call it the last champion of America’s “bigger is better” muscle car powerplant philosophy.

First, a bit of exposition: Back in the 1960s, GM-aligned horsepower junkies had a little bit of a problem – a GM corporate mandate forbade really big-cube engines from being installed as regular production options in cars that weren’t so large that you could park a jet between their grilles and windscreens. However, a few enterprising dealerships found a way around this internal barrier. By submitting special orders using the Central Office Purchase Order program more typically used for commercial fleet vehicles, dealers like Don Yenko were able to order low-spec Camaros with potent 427-cube big-block V8s. The COPO 9561 Camaro was born, drawing its acronym from the special ordering process that brought it to life. 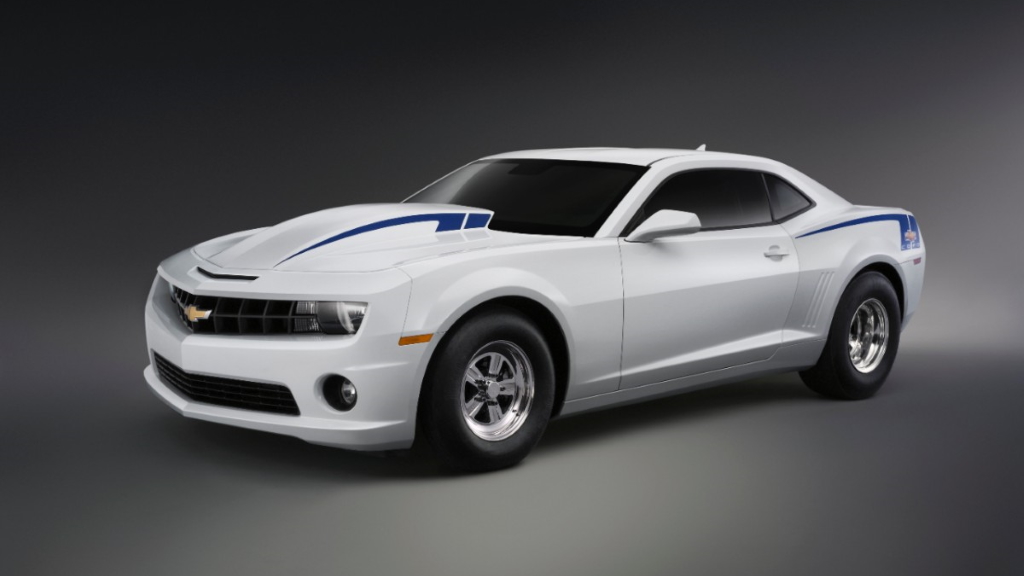 Flash forward to the 21st century, and Chevrolet is looking to pull out all the stops with its reborn retro-style Camaro. Cue the 2011 COPO concept, a vision of a stripped-out, quarter-mile-ready Camaro for the modern age. Chevrolet put this thing on display at the SEMA show and people loved it so much that the COPO Camaro has been part of the Chevrolet catalog on-and-off for the past 10 years. 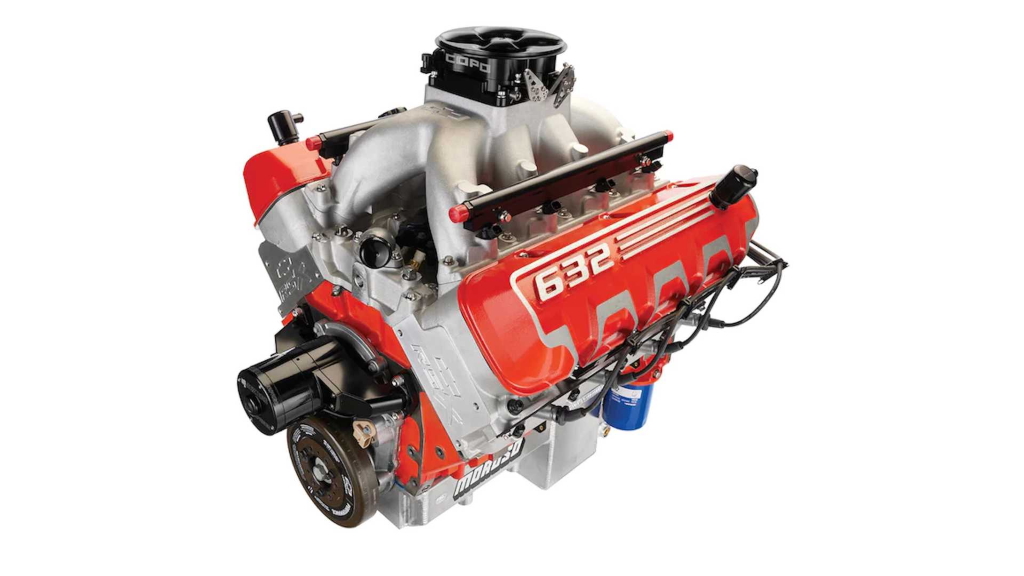 However, no modern COPO Camaro has been quite like the incoming 2023 model. For the most powerful engine on tap, Chevrolet has reached into its magic bag of speed parts and pulled out a 632 cubic-inch big block, otherwise known as the ZZ632. For those of us who use the metric system, that’s 10.357 liters of V8 engine.

While the ZZ632 COPO Camaro’s output hasn’t been announced yet, we know that it makes 1,004 horsepower at 6,600 rpm and 876 lb.-ft. of torque at 5,600 rpm in crate motor form on 93-octane gas like you’d find at many pumps. Given that dedicated drag cars aren’t known for using the same stuff you’d pump into a Ford F-150, I wouldn’t be terribly surprised if the top-spec COPO Camaro sees a boost that plants power further in the four-figure range. 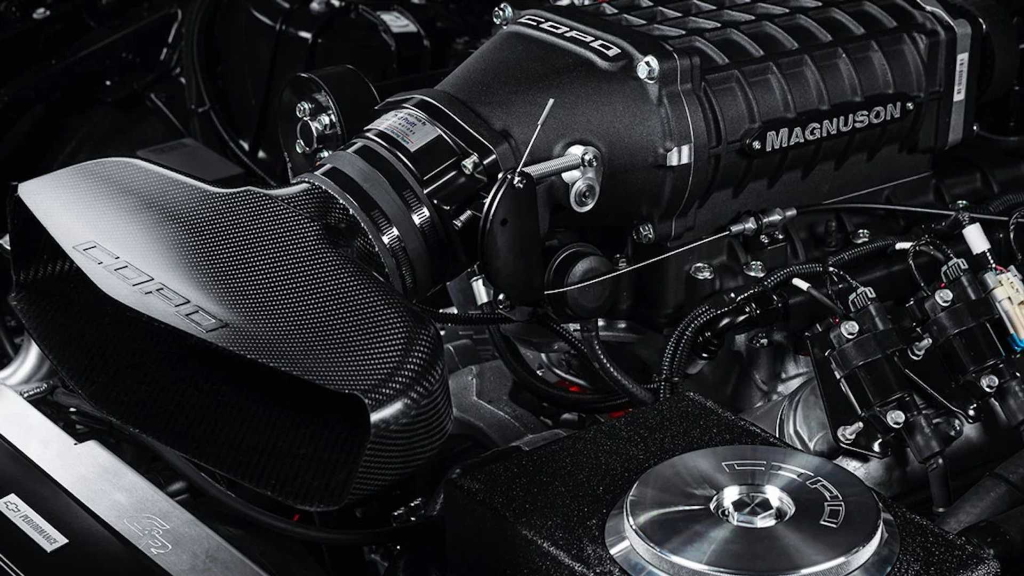 Of course, if you’d like a COPO with fewer cubes, there’s a seven-liter V8 and a 5.7-liter supercharged V8 on offer, but you’ll likely want the big block if you’re not concerned about fitting into NHRA’s Factory X drag racing class. There’s just nothing quite like the chest-thumping, wall-rattling roar of a massive V8, it’s something that leaves a physical imprint.

If you want a new COPO Camaro, there are a few hoops you have to jump through and stipulations you need to understand, the biggest of which is that it isn’t a road-legal car. It’s a factory racer sold on a bill of sale that can’t really be registered anywhere. Sure, I suppose if you live in a state that doesn’t do emissions testing and have time and money to burn, you can swap all the good bits into a road-legal Camaro, but as it sits, the COPO remains a track-only proposition.

Next, there’s the application process. If you click this link, you can tell Chevrolet which COPO you want, what you plan on using it for, who you are, and where you live. From there, you may be lucky enough to be selected to put down a $15,000 deposit. Final MSRP hasn’t been revealed yet, but don’t expect this thing to be affordable. 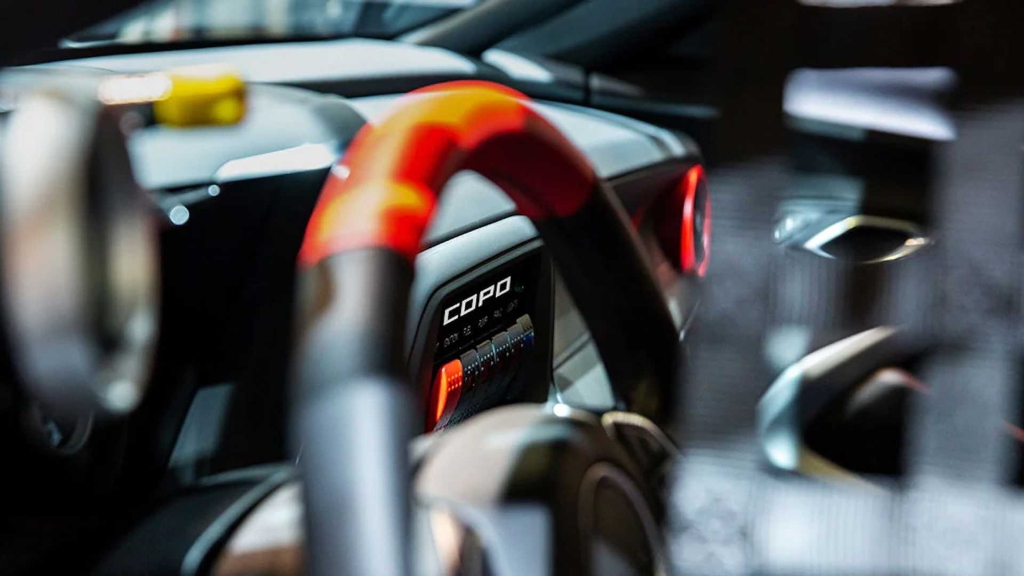 Still, if you’re wealthy and lucky enough to procure a big-block COPO Camaro, you’ll get yourself an amazing slice of automotive history. One of the last big-block dinosaurs ever to be made, a very quick symphony of the past. More than ten liters of V8 engine sure is wasteful, but what’s a party without excess?

2024 Chevy Corvette E-Ray Leaked On GM Website And As A Result, The Whole Internet

The One-Year-Only 1995 Ford Mustang GTS Offered A 5.0 Punch In A Base Model Body: Holy Grails

Thomas is a Nu Rave-blaring, heel-toe downshifting, maple syrup-swilling, chassis-geeking, junkyard parts-hauling, floppy-haired scenester who's been writing about cars since college. His current ride is a 2006 BMW 325i with the six-speed manual gearbox. Instagram: @thomas.hundal Twitter: @thomashundal
Read All My Posts »
PrevPreviousThe Most Expensive VW Beetle Ever Sold Is A Ratty ‘Herbie’ From The Ceiling Of Planet Hollywood. Check It Out
NextAfter Years Of Torment, The $1 Oldsmobile From Hell Is Mercifully Helping Me Move Out Of Michigan. But I’m SkepticalNext