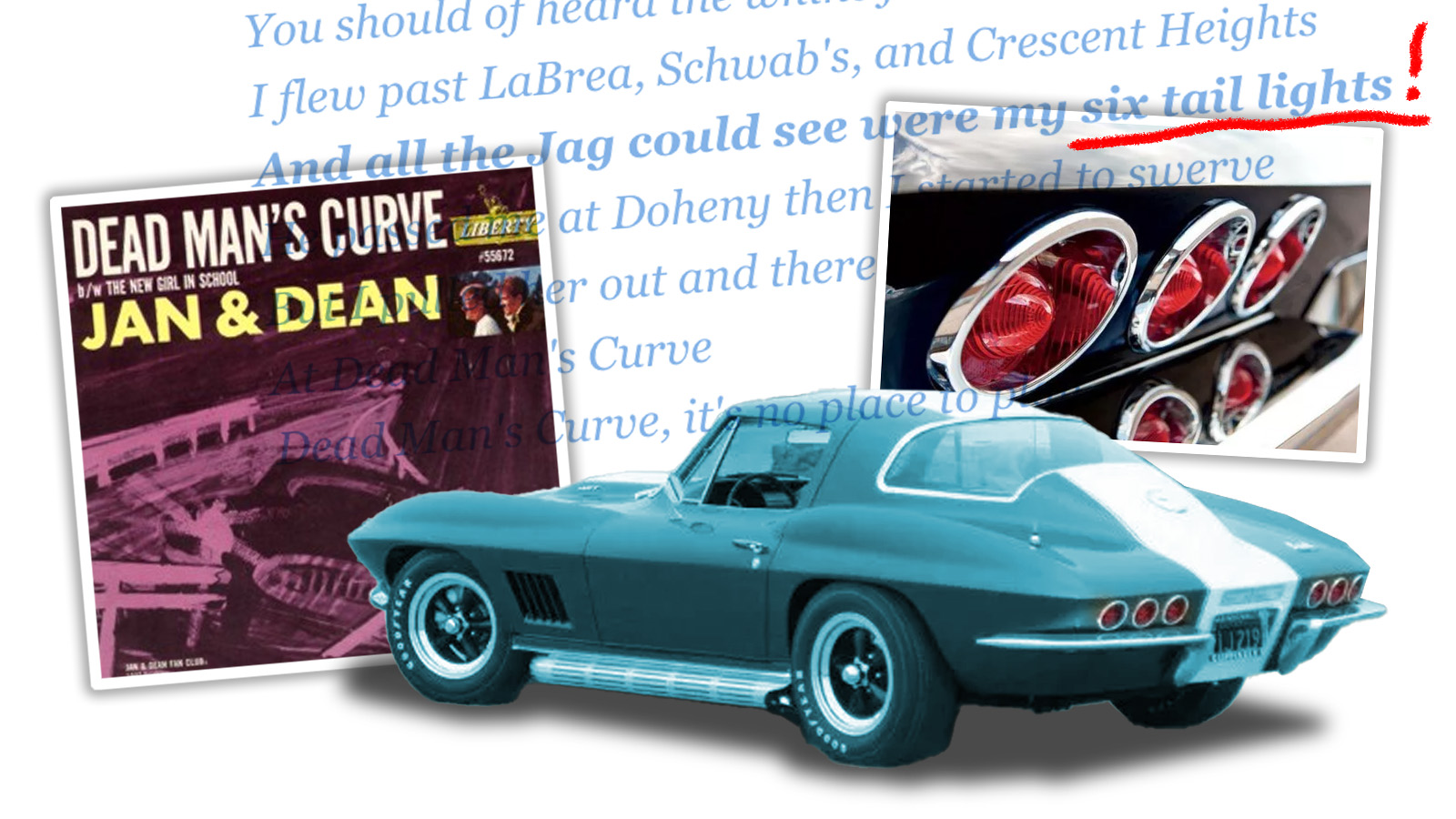 The other day I was looking for taillight references in popular music, as one does, when I came across this line from the 1964 song Deadman’s Curve by Jan and Dean: “And all the Jag could see were my six tail lights.” Okay, that’s a solid, direct, unashamed taillight reference right there. But then I started to think: the song is sung from the perspective of someone who states, right in the first line, “I was cruisin’ in my Stingray late one night.” Now, I’m no mathematician, but in 1964 Chevrolet Corvette Stingrays only had four taillights, which is (scribbles on chalkboard) not the same as six, which, according to my calculations, is an entirely different number. So what the hell is going on here? Let’s get to the bottom of this.

First, if you’re not familiar with the song, you should give it a listen. It was written by Brian Wilson of the Beach Boys, along with Jan Berry, Roger Christian, and Artie Kornfeld, all of whom I’m going to assume know the difference between six and four. Oh, right, the song. Here you go:

Want all the lyrics, with the important bits emphasized? For, you, because I’m sweet on you, fine, here you go:

So, a race between a Corvette and a Jaguar XKE, along a strip of Sunset Blvd. in Los Angeles that does indeed get pretty curvy as you head west, into Beverly Hills, just past Doheny. It doesn’t end well for the singer, who, at the end of the song, is relaying all of this to a doctor, who is presumably trying to figure out how to extract the steering column from the driver, whom I imagine resembles a chicken satay.

Yes, yes, street racing is bad, kids, don’t do it, but we’re here to talk taillights. So, let’s dig in. Because he calls the car a “Stingray” and not just a Corvette, we know this has to be a C2 Corvette, which started the Stingray name and design elements in 1963. Let’s just take a look at the rear of a ’63 Corvette and see what we’ve got here: 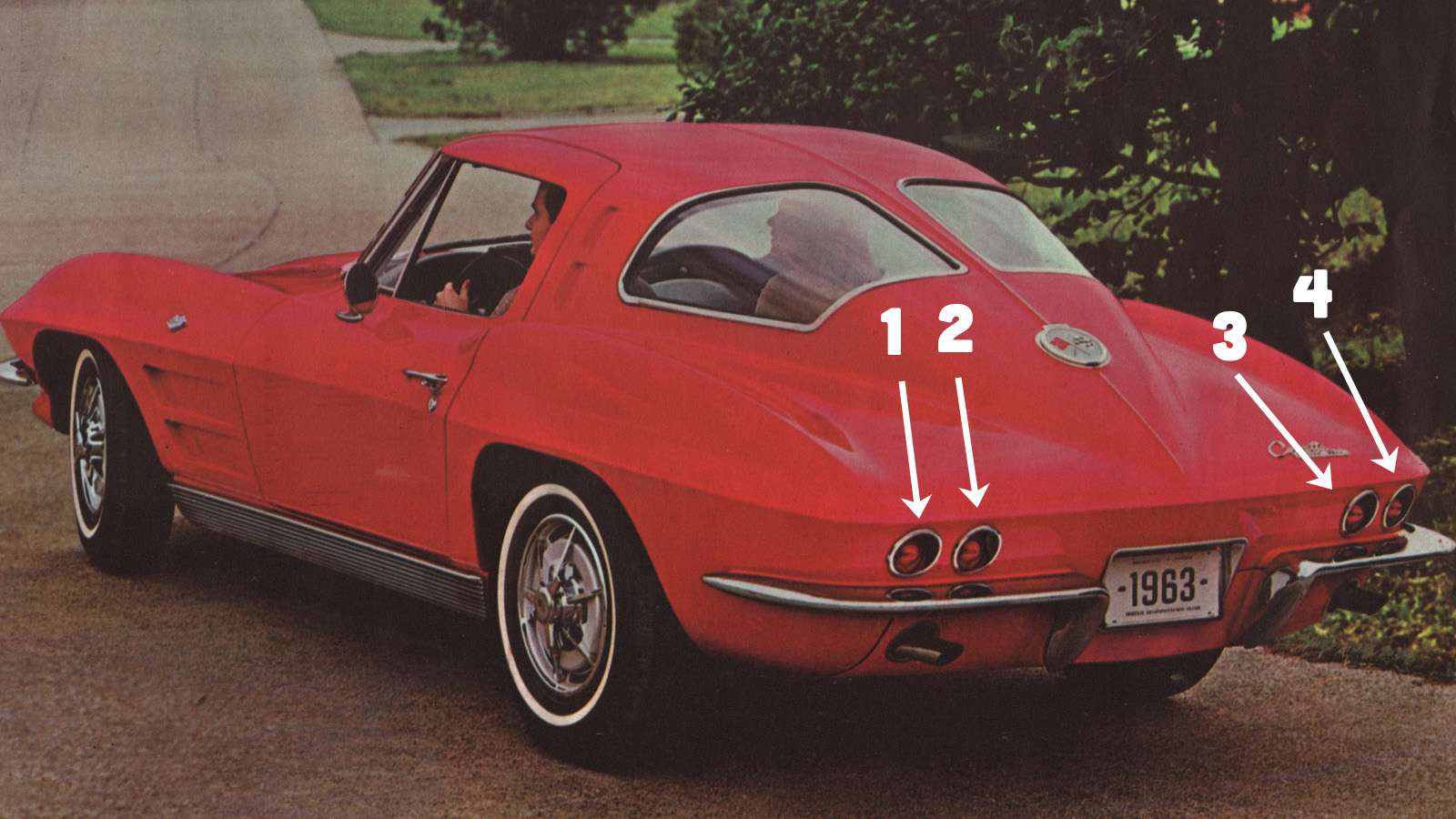 Look at that. I can’t think of a better time to use this particular meme than right now:

Yes, you’re correct Captain Picard, there are definitely four lights! Four little bullet-shaped taillights, frenched into their little chromed sleeves. And yet that famous song very clearly says six. While the singer could be referring to some very specific home-brewed modification, I don’t think that’s the case, because, incredibly, it was once very much A Thing to have a six-taillighted Stingray, and your Chevrolet Dealer would even do it for you!

This 2015 article from Mac’s Motor City Garage gives a great history, and notes the song lyric as well, so clearly I’m hardly the first to wonder about what’s going on there, taillight-wise. I told you the taillight subculture is strong and vibrant!

That site speculates that the motivation for the additional taillights may have been inspired by other Chevys of the era, like the Impala, which came stock with a lavish six taillights: 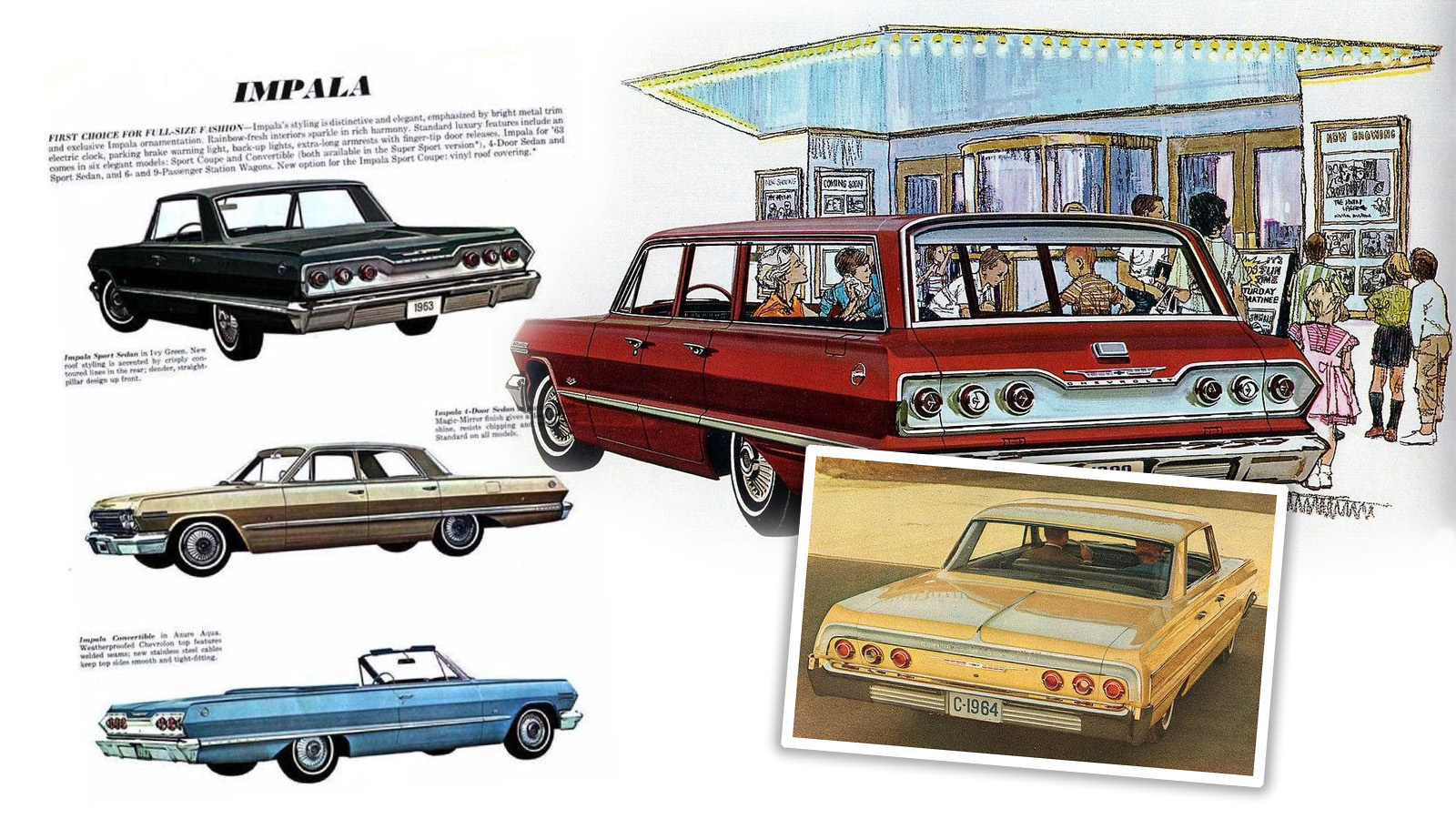 If kid-hauling station wagons and sedans for The Squares could enjoy the bounty of a sextet of taillights, surely the halo car Corvette deserves that too, right? Of course it does! More taillights=more class, clearly. Plus, GM’s own concept cars for the Corvette and Stingray, like Bill Mitchell’s legendary Mako Shark, sported six lights: 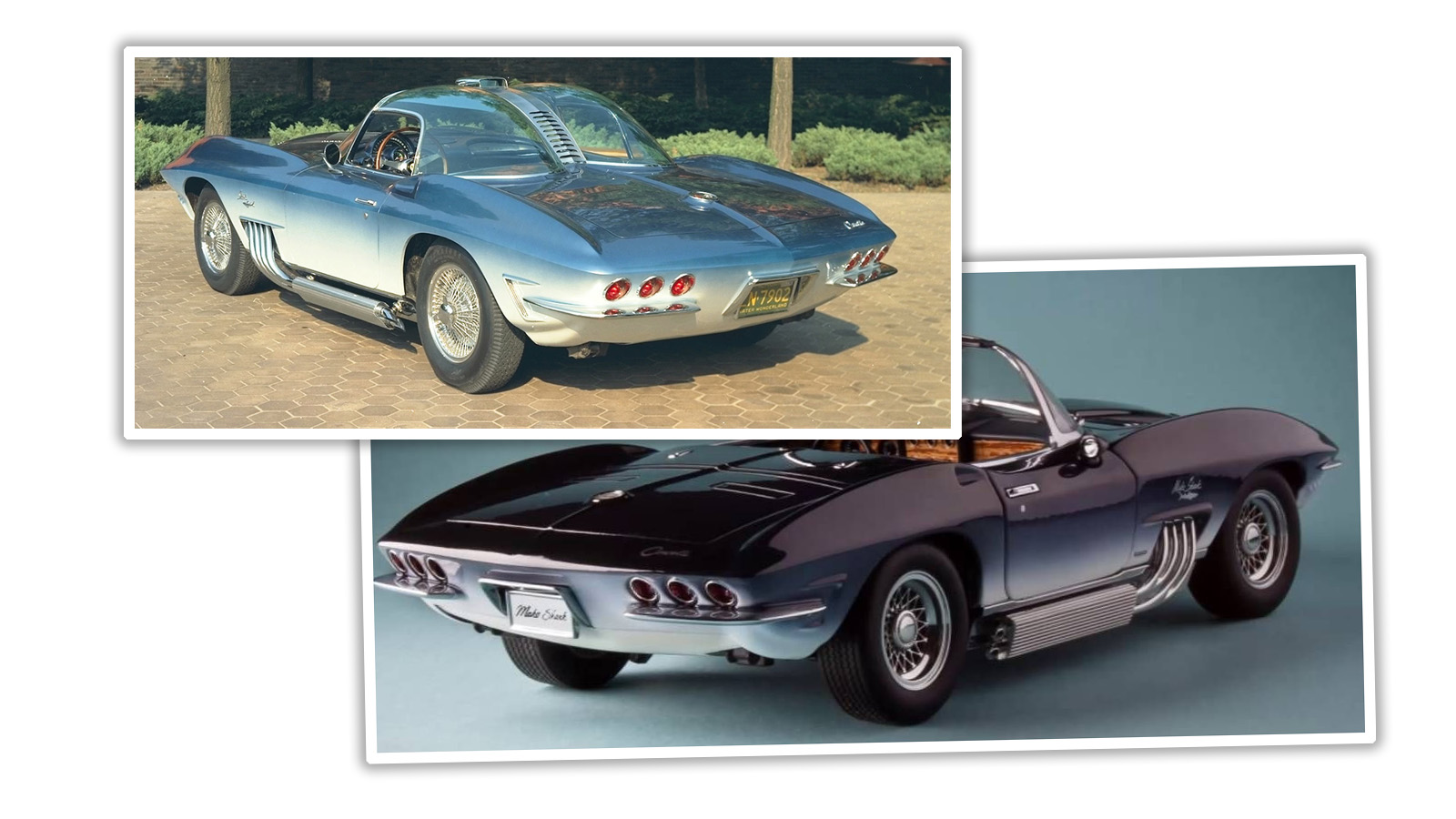 It even looks like in 1966, Chevrolet had been considering making a six-light Stingray right from the factory, as you can see in this styling mockup that features two different taillight designs to evaluate and compare, one side with a higher set of two, and the other side with three, making this one a vanishingly rare five taillight Stingray: 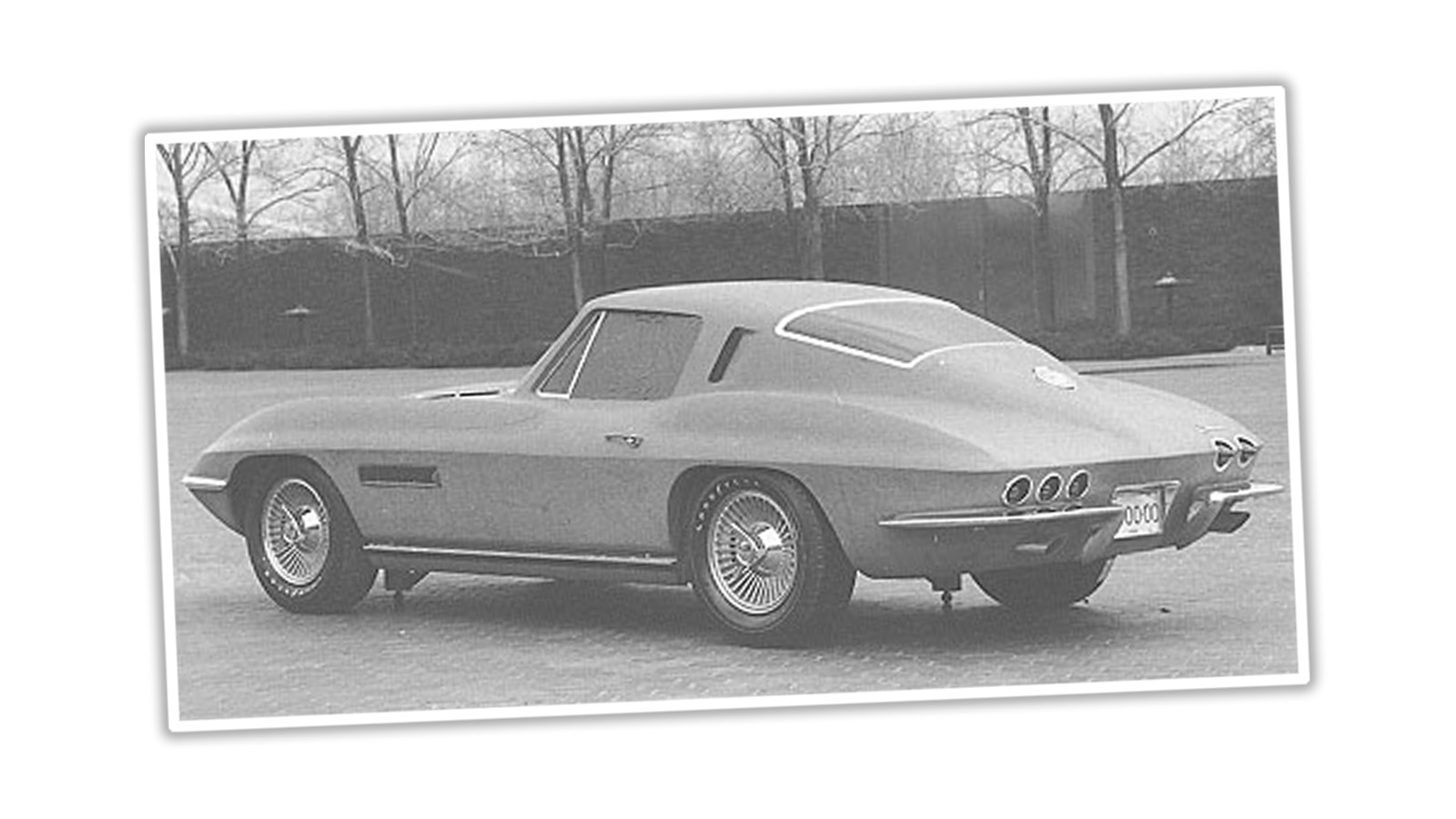 So, some dealers started installing extra taillights on their cars, perhaps feeling like they were just finishing the job that GM started. This 1967 picture of Corvettes at a Covina, California dealership show many cars with the six-lamp conversion: 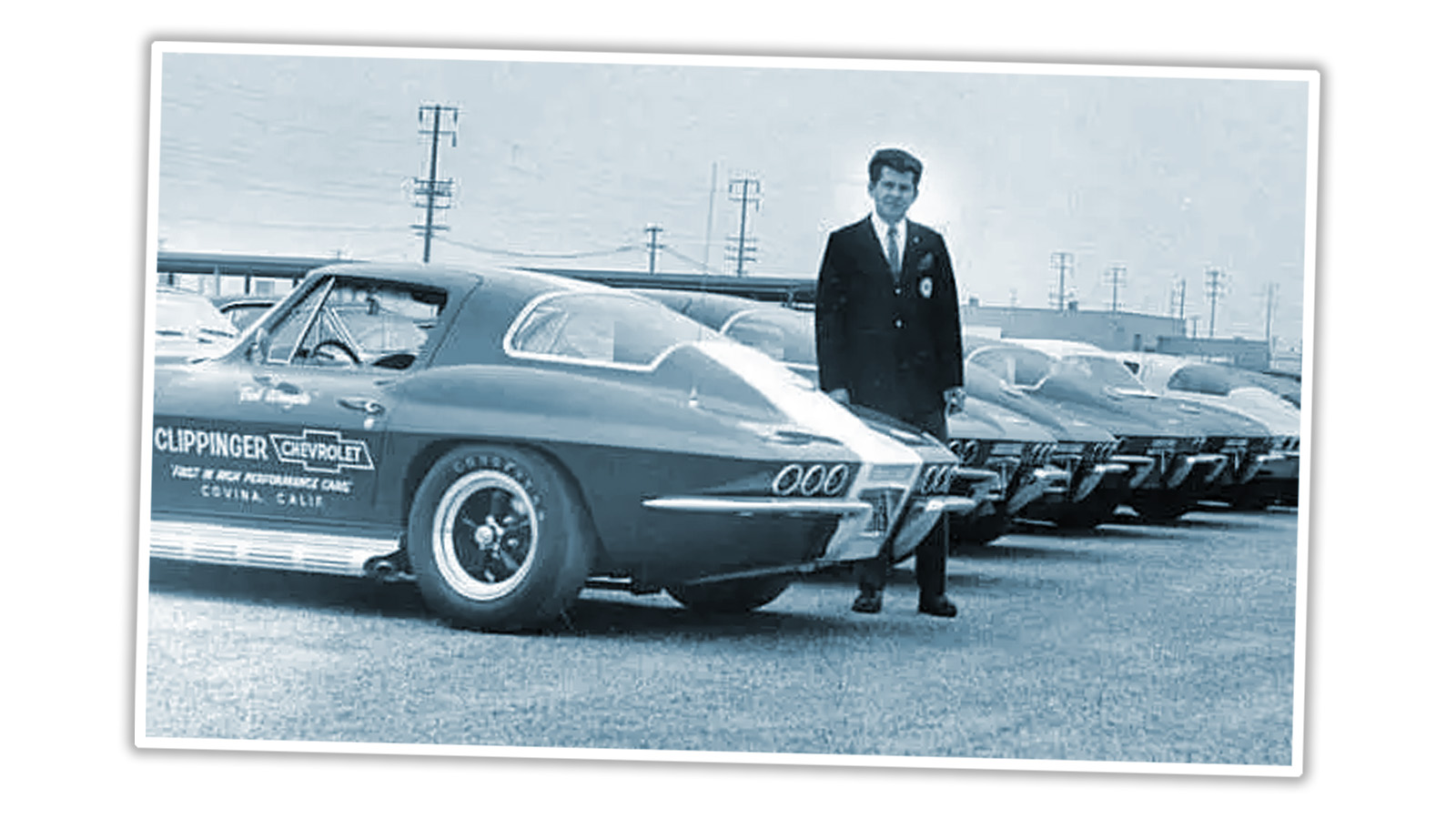 If you didn’t want to go to your dealer to buy a fresh new ‘Vette with six lights and instead wanted to upgrade your old Stingray, there were pretty simple guides for how to do so: 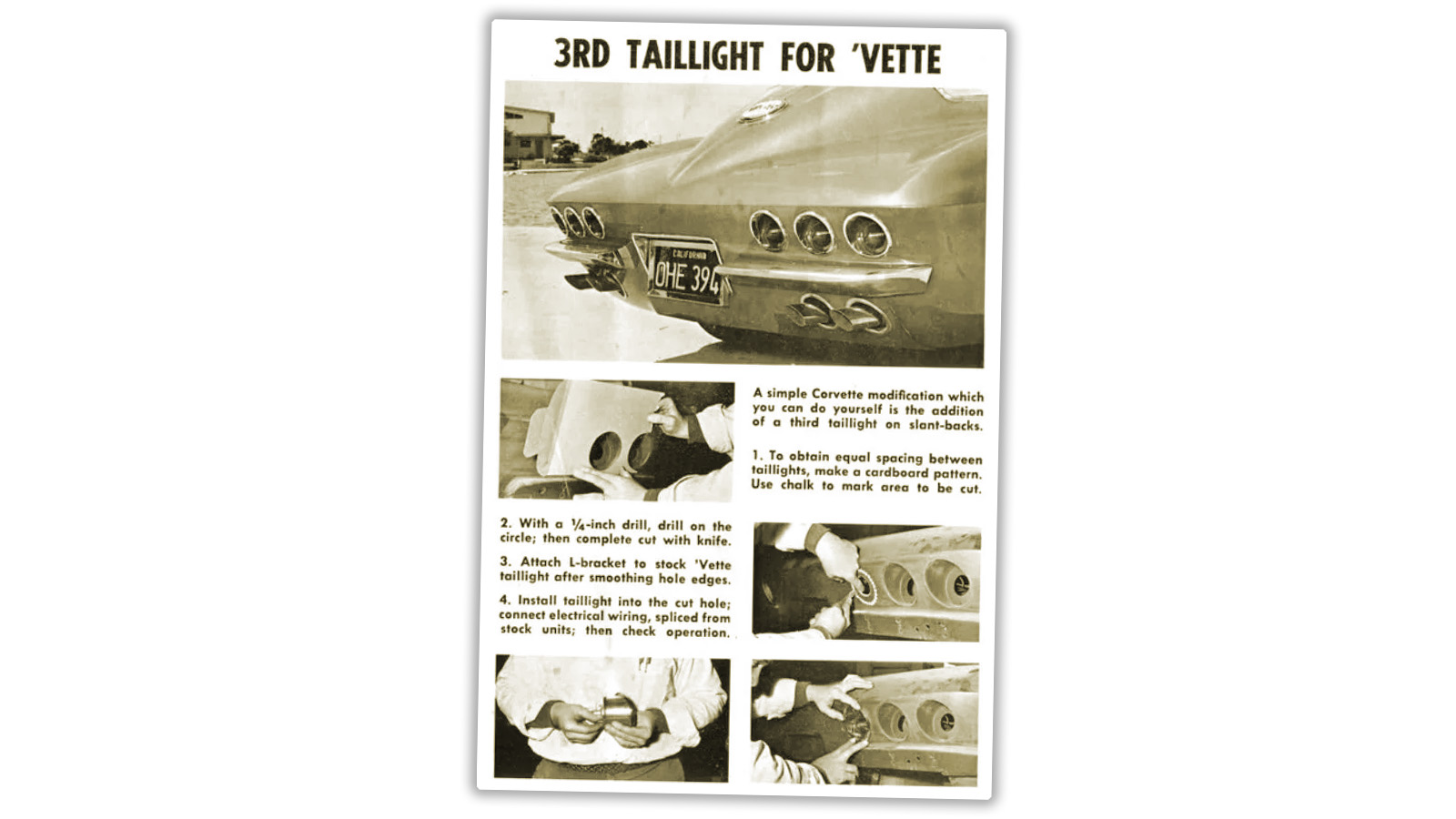 Not a bad process: make a cardboard template, drill around your template lines (I bet the right sized hole saw would be easier?) then shove in a stock Stingray taillight service part. I’ve seen references to making this a reverse lamp, which must mean somebody was making clear bullet lenses for these.

It’s also interesting that they call this a “3rd taillight” instead of saying six, but I guess it’s more natural to think of the light clusters per side.

Anyway, I think this clears up the riddle of the lyrics: six-taillight Stingrays were a common enough thing back in 1964. It’s especially interesting, because over the years, despite the likely constant pressure to add more lights, more everything, the basic Corvette design stuck to its four light roots, and now the paired lights per side is a key part of the Corvette visual identity. 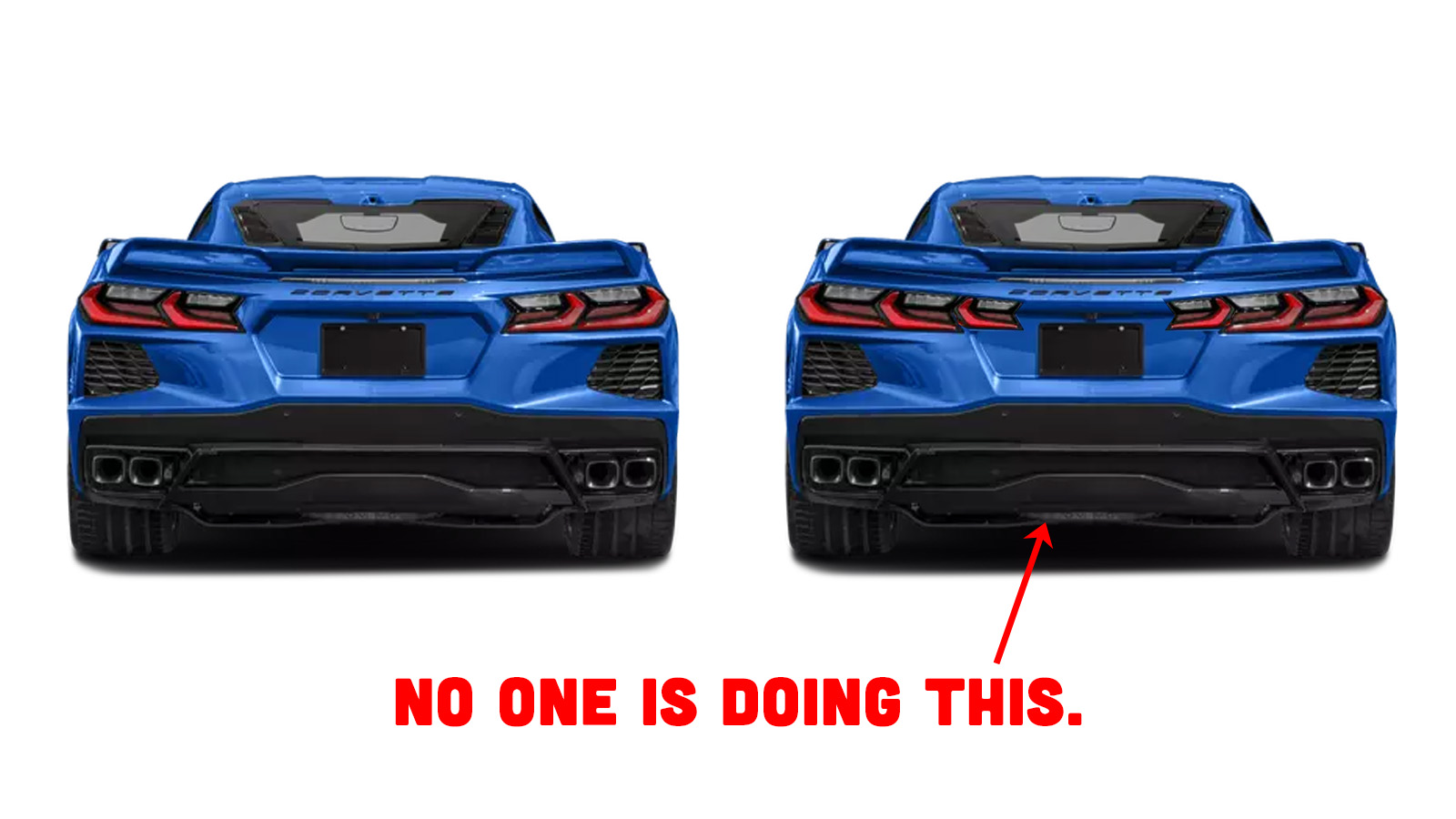 I mean, as far as I know, there is zero interest in an aftermarket kit that does something like the car on the right there. The six-light affectation seems to have effectively died out by the end of the 1960s, with the occasional bonkers exception. Still, it’s exciting to see a short-lived niche taillight fad be immortalized in pop culture.

Today’s Taillights: The Workhorses, The Ford And Chevy Truck Taillights Of The 1970s And 1980s

I'm a co-founder of the Autopian, the site you're on RIGHT NOW! I'm here to talk to you about taillights until you cry and beg me to stop, which I absolutely will not. Sorry. Hug? Also, David's friend.
Read All My Posts »
PrevPreviousThe 2022 Toyota GR86 Is A ‘Ferrari’ For Middle Class Dads
NextKaiser Darrin, TVR Griffith, Fiat Panda 4×4 Sisley: Mercedes’ Marketplace MadnessNext