Here’s What A Sub-$9,000 Car Looks Like From China’s Largest EV Maker 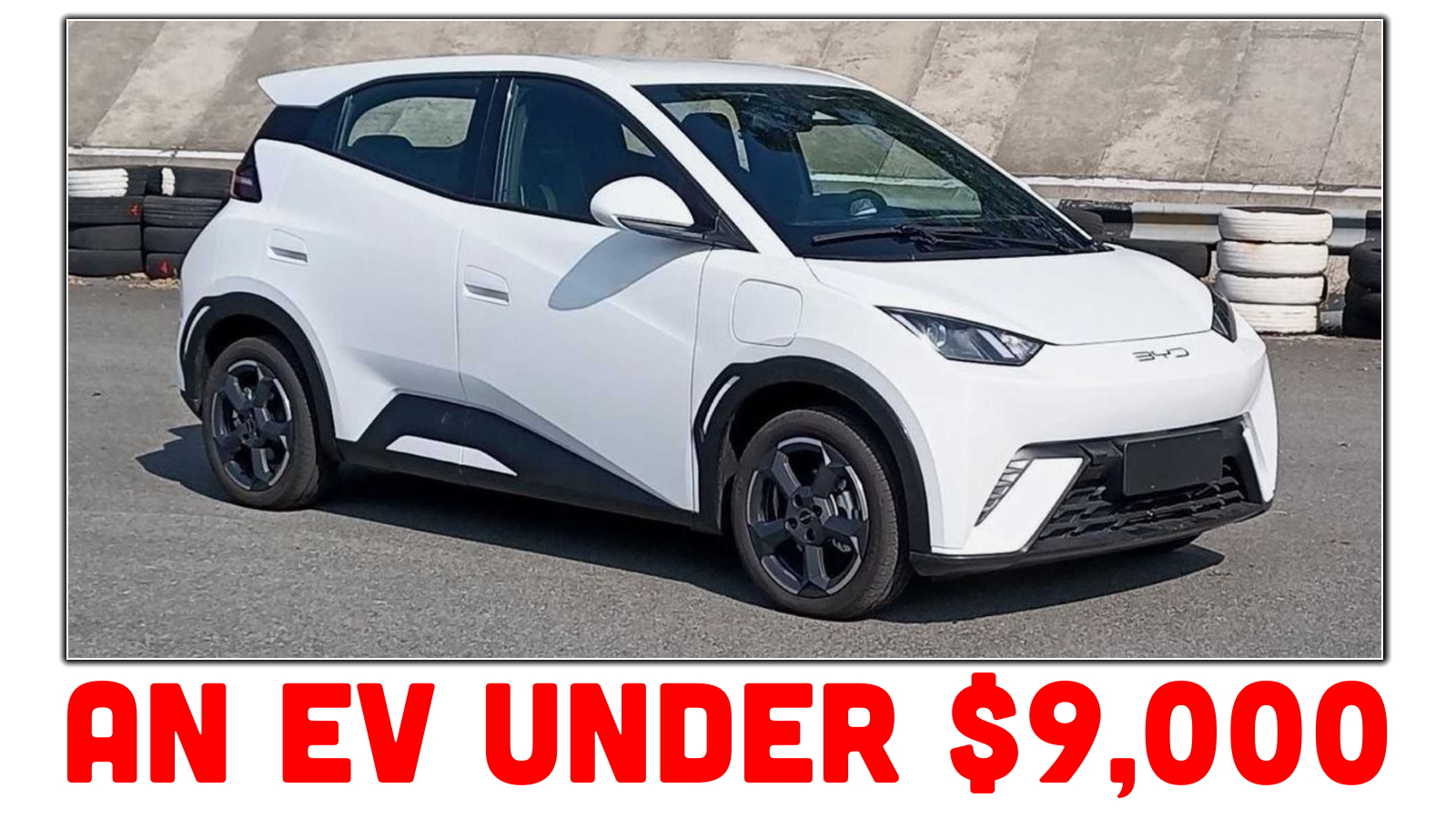 Electric cars seem to keep getting cheaper and cheaper, so long as you don’t live in America. Japan has the astonishingly cheap Nissan Sakura kei car that I’ve previously detailed, Europe has the reasonably-priced Dacia Spring, and now China’s getting the BYD Seagull. It’s a strange name, but this little EV is a huge deal.

[Editor’s note: Is Seagull really such a strange name? Remember, children, that the Soviet bigshot-limo was called the GAZ-13 Chaika, and “chaika” means “seagull” in Russian. So it’s not that weird, right? A Soviet limo isn’t weird. – JT]

First, a little bit of context on BYD. In 2002, Chinese conglomerate BYD acquired Qinchan Machinery Works and promptly set about transforming it into an automotive subsidiary. Two decades later and BYD is China’s largest electric vehicle company, selling 911,141 EVs in 2022. Not only is the firm expanding into the European passenger car market, it already sells electric buses in North America and is big into lithium iron phosphate batteries. Pretty impressive stuff for an automaker you may not have heard of.

As is typical in the Chinese market, the Seagull recently leaked due to the Ministry of Industry and Information Technology’s homologation process, so we have pictures from all sorts of angles that give us a really good look at the Seagull. 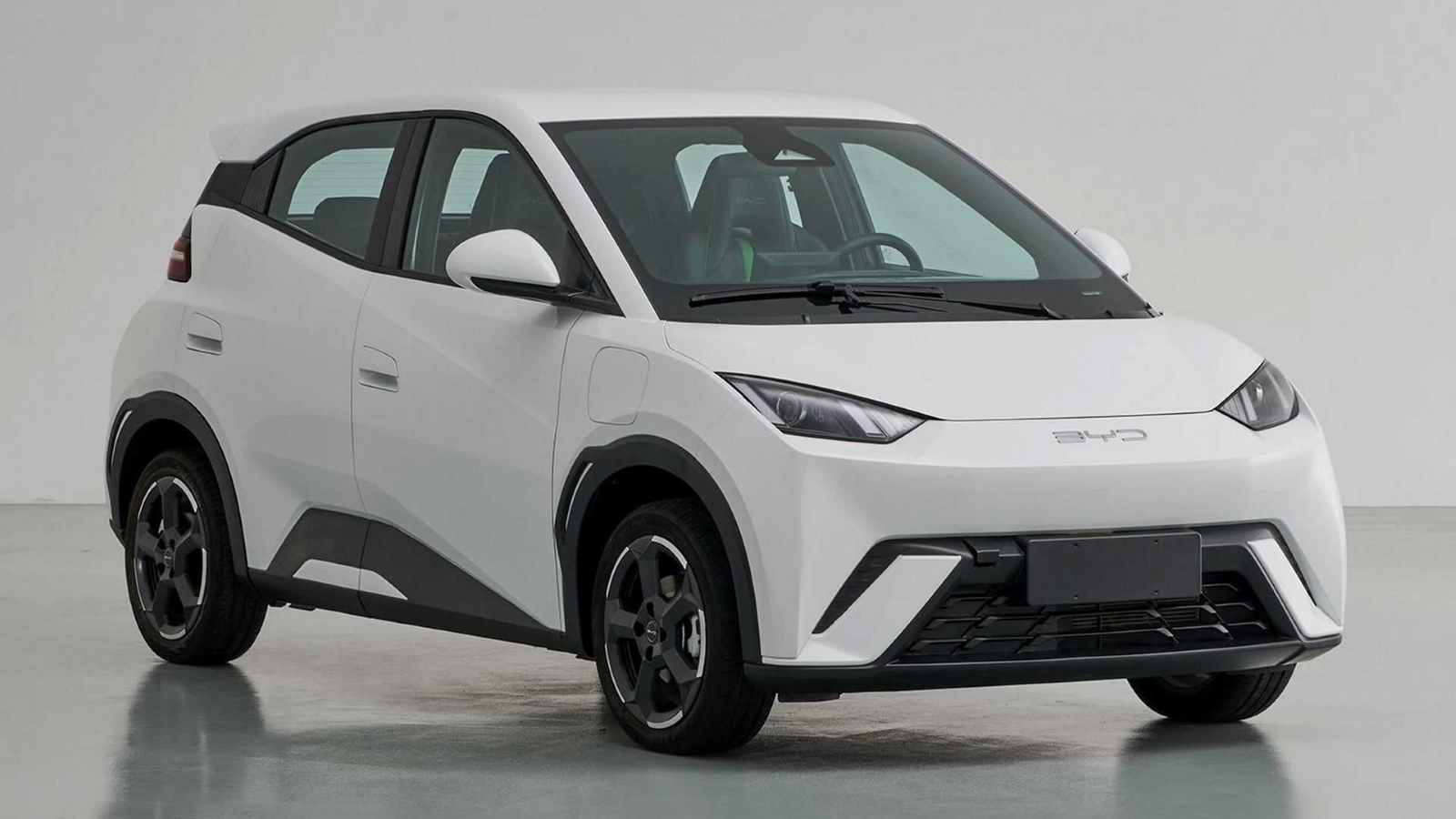 On the outside, the BYD Seagull adopts the urban planning mantra of “if you can’t build out, build up.” At 148.8 inches long, 67.5 inches wide, and 60.6 inches tall, this thing’s roughly the length of a Mitsubishi Mirage, the width of a Kia Rio, and the height of a Mazda CX-30. It sounds like it should be an absolute doddle to drive and park thanks to its compact dimensions, but size isn’t even the best part of this little city car.

See, not only is this thing a proper electric car, it’s expected to cost less than $9,000 at current exchange rates. Granted, you won’t get every fancy feature you see on this example for $9,000. Judging by a detail shot, it looks like advanced driver assistance systems are optional, as are fancy headlights and alloy wheels. Still, $9,000 is dirt-cheap for an EV that isn’t a limited-speed urban-only affair like a Citroen Ami. 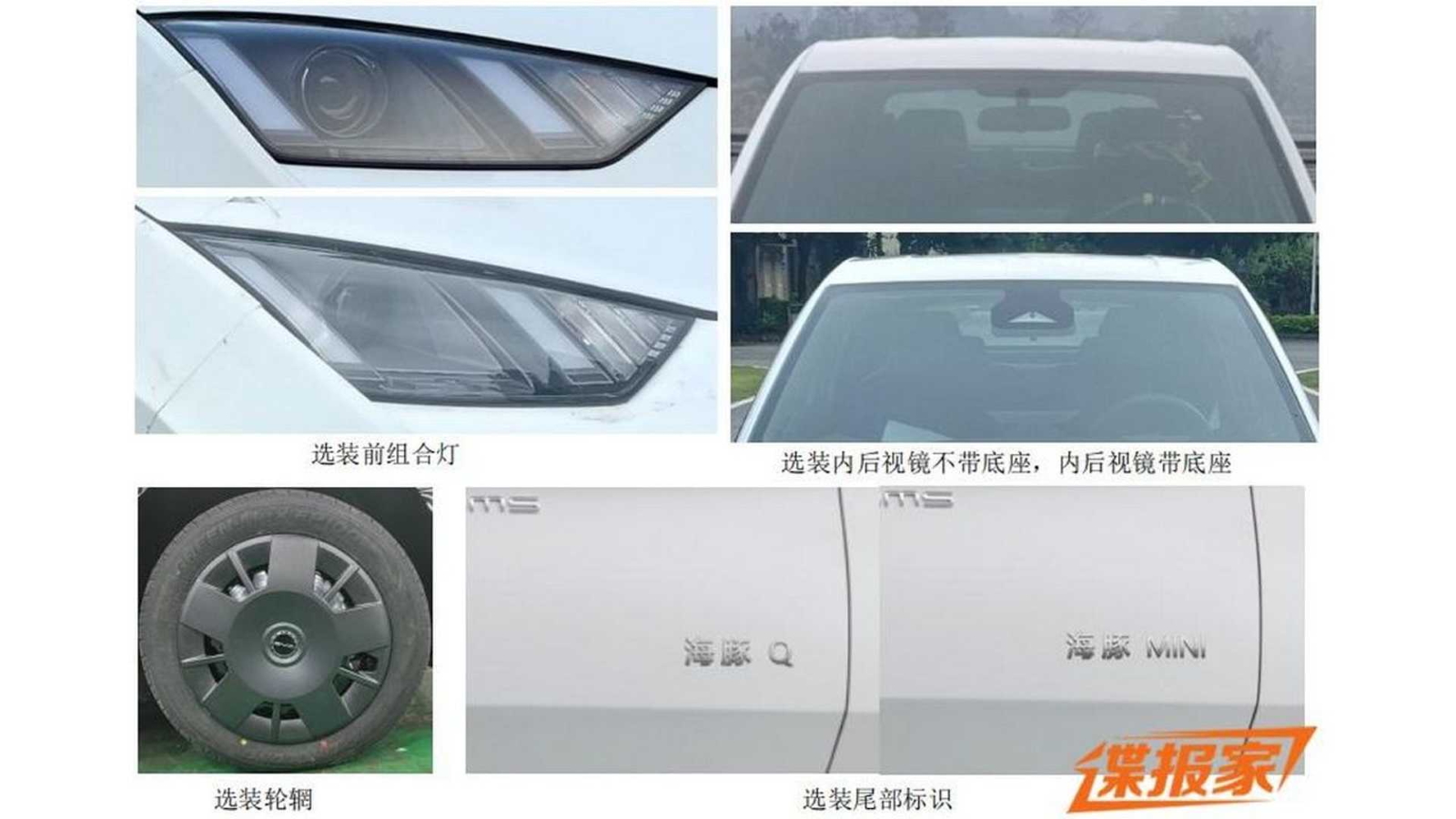 Full specifications haven’t been unveiled, but expect a lithium iron phosphate battery which should offer a great battery lifespan. Rumors echoed by Inside EVs suggest that battery capacity may clock in at 30.7 kWh and the electric motor might be good for 74 horsepower, but for all I know, I could awake tomorrow and find that I’ve transformed into a gigantic insect, so don’t take those possible figures as fact.

Overall, the BYD Seagull looks brilliant. It’s cheap, it’s electric, it’s sensibly-sized. Sure, some of the details like the arch trims are a bit fussy, but the down-the-road graphic is solid with those Lamborghini-like headlamps and angular fascia, and I’m really digging the rear end. 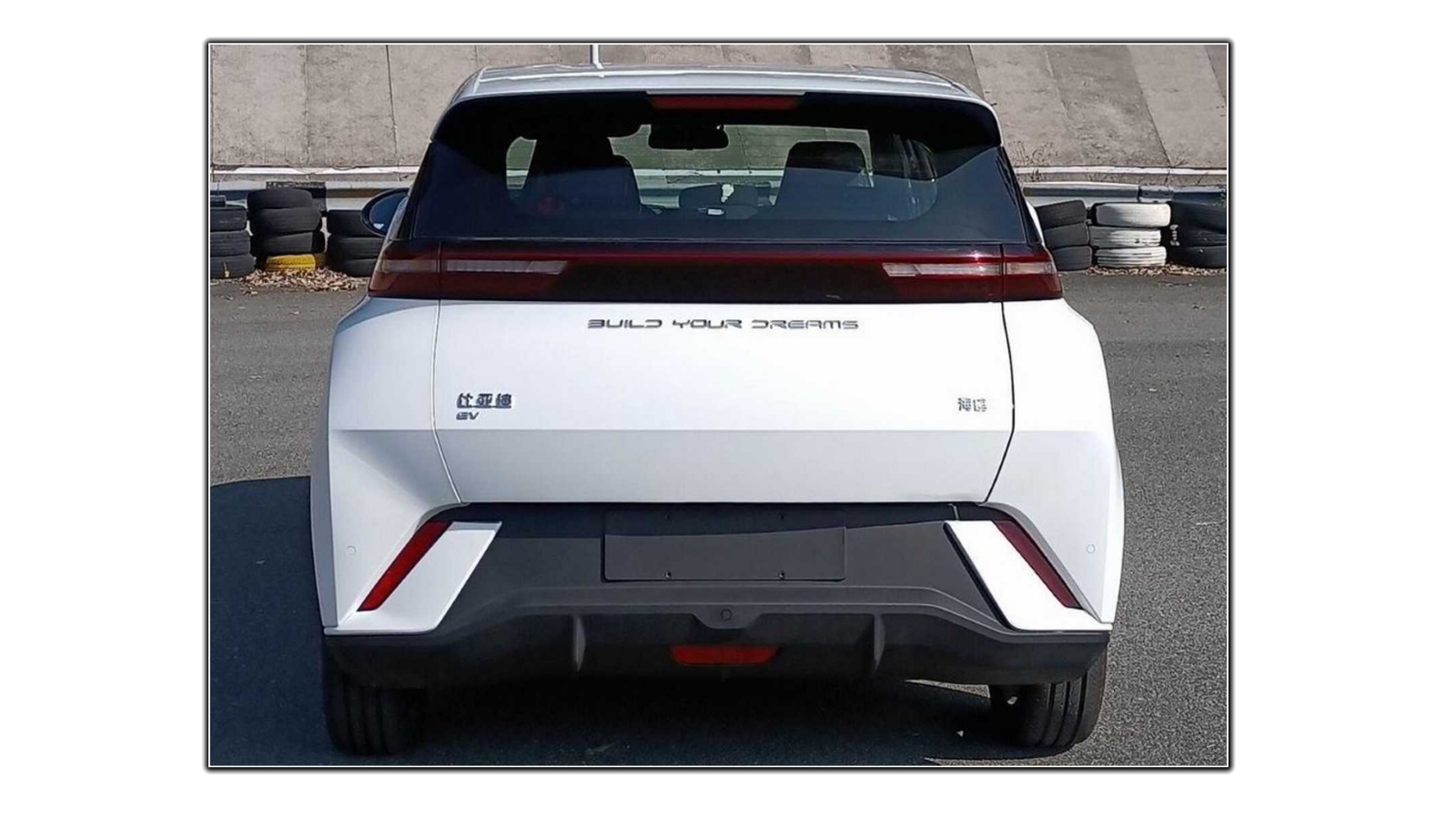 However, I can see two small problems with this budget EV, the first of which is the name. When you think about cars named after creatures, most hold either glamorous or cute connotations. The Ford Mustang conjures up wild images of the American West without the casual racism of Clint Eastwood films. The Dodge Viper implies peril like a big red illuminated button flashing “Danger” that adrenaline junkies can press over and over until they end up arse over teakettle in a mess of blood and fiberglass shards. The Fiat Panda sounds all cute and cuddly like a teddy bear. All of these names have appeal to the right people and seem to fit the cars they’re attached to, so they’ve grown to be iconic.

On the other hand, seagulls show up, make a great deal of noise, steal your food, rummage through rubbish, defecate all over everything, and then leave. They’re truly obnoxious, so I couldn’t see why BYD would wish to name a car after them. Sure, the Seagull is part of BYD’s Ocean line that includes the Seal premium sedan, the Dolphin hatchback, and the Destroyer 05 compact sedan, but a moniker like Mussel or Oyster seems a bit more agreeable and still fits the nautical theme. Back to the drawing board on the name, I reckon. 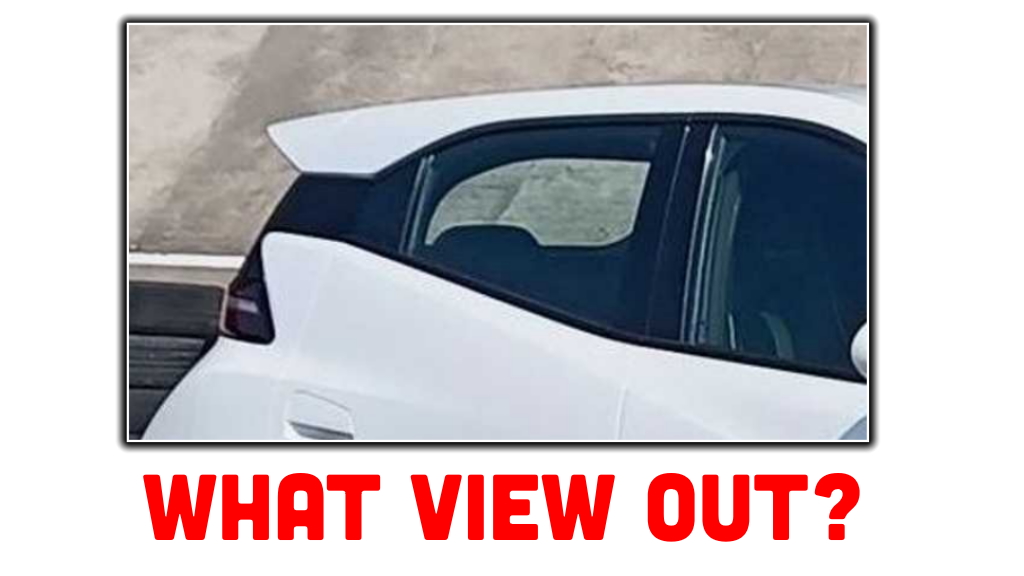 Then there’s the way the greenhouse kicks up along the bottom edge of the rear window, resulting in head restraints level with the windowsill. Sooner or later, those rear footwells could be tidal pools of sick because shorter rear seat occupants may not be able to see out properly and might get motion-sick.

It feels like automakers are too keen to make premium plays in the North American market. Features that used to be top-of-the-line like digital gauge clusters and heated seats are now ubiquitous across mid-range compact sedans. However, beyond Apple CarPlay, Android Auto, and air conditioning, people looking for a cheap car generally don’t care more about premium aspirations than they do about having a functional vehicle. Combined with rigorous bolstering of charging infrastructure, cheap new EVs can work for many Americans, it’s just a question of whether or not automakers will listen.

Thomas is a Nu Rave-blaring, heel-toe downshifting, maple syrup-swilling, chassis-geeking, junkyard parts-hauling, floppy-haired scenester who's been writing about cars since college. His current ride is a 2006 BMW 325i with the six-speed manual gearbox. Instagram: @thomas.hundal Twitter: @thomashundal
Read All My Posts »
PrevPreviousAfter More Than A Year, I Finally Got My Nissan Pao Back And Damn It Feels Good Except For A Coolant Leak
NextYou Got To Know When To Hold ‘Em, Know When To Fold ‘Em: Comment Of The YesterdayNext