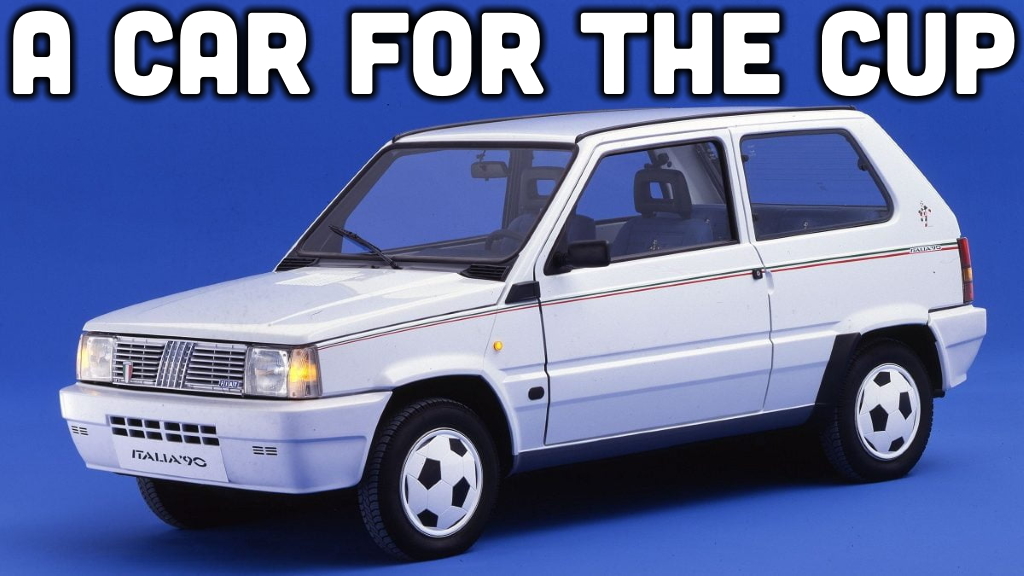 If you’ve been alive and breathing for the past few weeks, you may have heard of a little something called the 2022 FIFA World Cup. It’s an event that happens every four years where the best soccer players in the world battle it out on the pitch to see which country is best at soccer. Not only has it given us a fair number of crushing defeats and surprising victories over the years, it’s also occasionally given us a car or two, arguably the most iconic of which is the Fiat Panda Italia ’90. 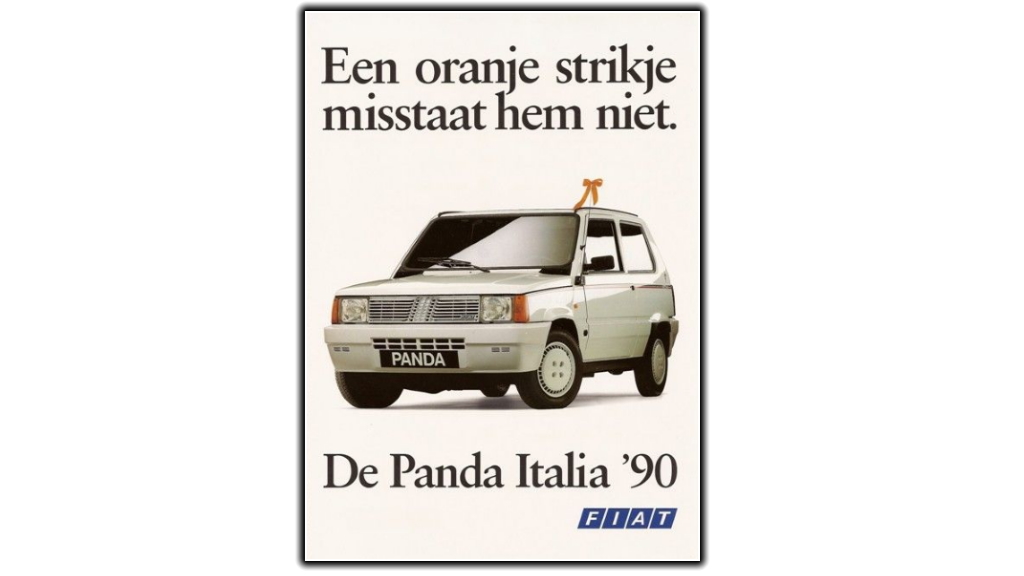 If you were around for the 1990 FIFA World Cup, you might remember that Italy didn’t win it. This special Panda isn’t a car that celebrates victory, it’s a car that celebrates the World Cup being held in Italy, a sorta strange thing to commemorate with a special edition model. Then again, GM Canada sold several Olympic Edition models when the Vancouver Olympics rolled around in 2010, so Fiat isn’t the only automaker to make a special car celebrating the existence of an international sporting event. 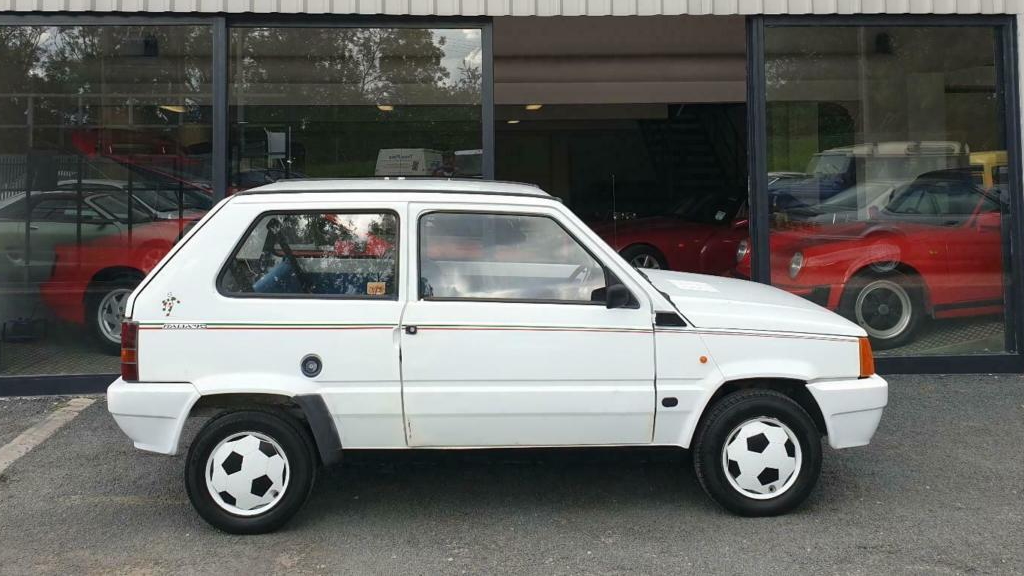 Anyway, back to the Panda. As a major differentiator from regular models, Fiat fitted the Panda Italia ‘90 in certain markets like Britain with the most on-the-nose set of wheel trims ever fitted to a production car. I guess these soccer ball-shaped hubcaps take tire-kicking to a new extreme. [Ed note: Just wow, Thomas. Wow. -DT]. 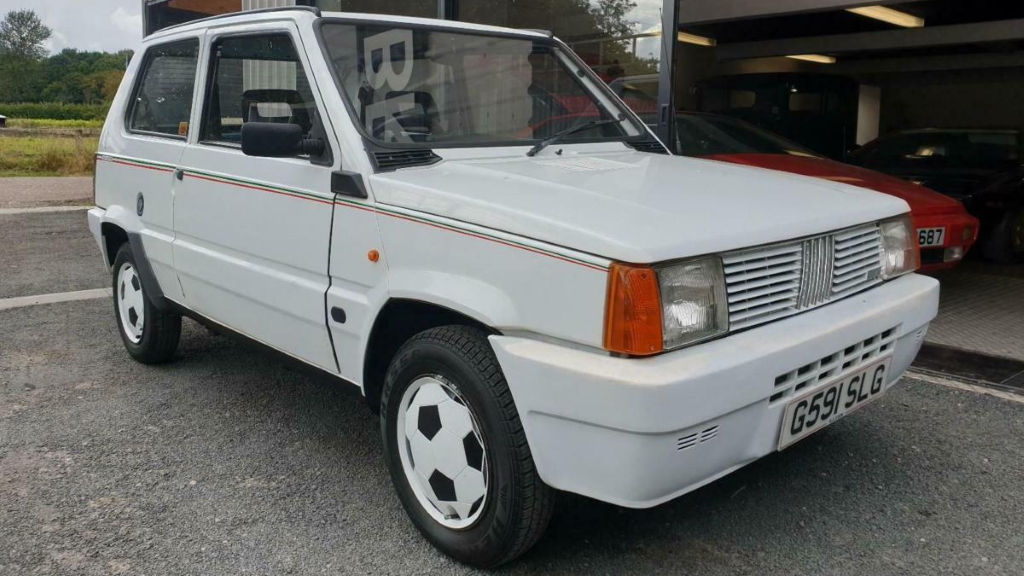 Also on deck is a natty set of stripes, special decals on the quarter panels, and more white paint than a landlord-special apartment. Almost everything from the bumpers to the grille to the side moldings is drenched in bright white, at odds with the lack of tenderness found in Italian city driving but certainly befitting the shiny image of a major sporting event. 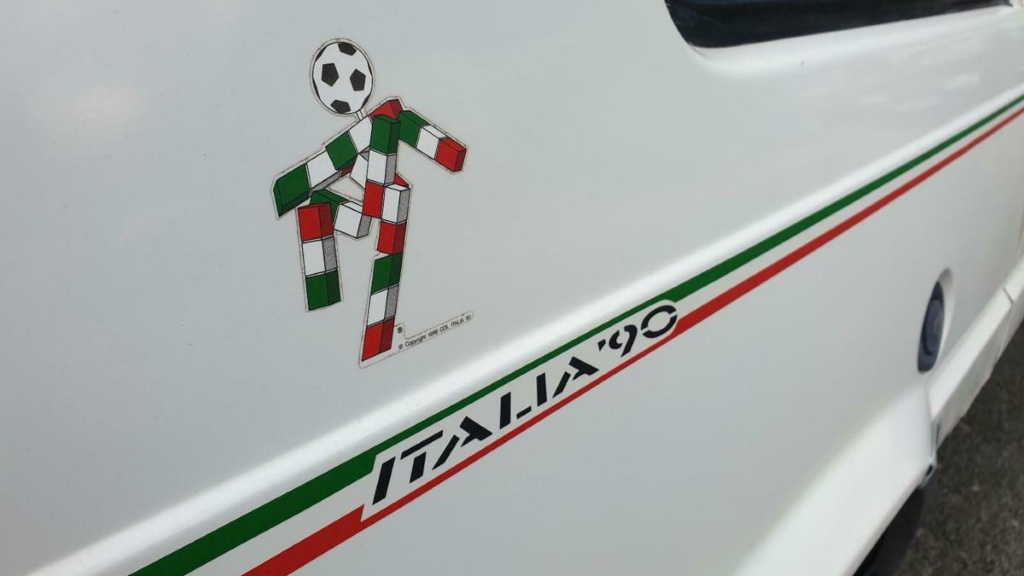 Circling back to those special decals, if you take a really close look you’ll find that each one depicts “Ciao,” one of the strangest World Cup mascots of all time. While not as cringeworthy as Pique from the 1986 FIFA World Cup, Ciao was a tricolore stick figure with a soccer ball head, a body made of what looks like those base-10 counting sticks you may have used in primary school, and a strange protrusion that could be an erection. I guess you can say Ciao was really excited for soccer. [Ed note: I think Ciao is perfect! Look at that cute little soccer player made of blocks, just having fun on your Fiat’s quarter panel. -DT]. 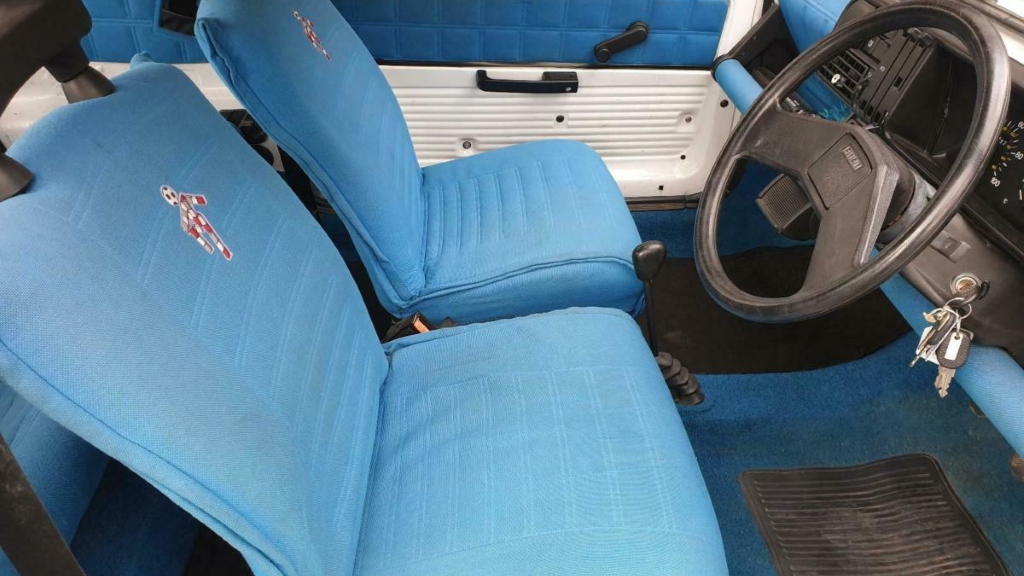 While the outside of the Panda Italia ‘90 was very white, the inside was very blue, with everything from the upholstery to the carpet dyed the same strong shade as a dentist’s chair. Oh, and Ciao also made an appearance on the seats, just in case you’ve ever wanted to sit on a mascot. I know I haven’t. 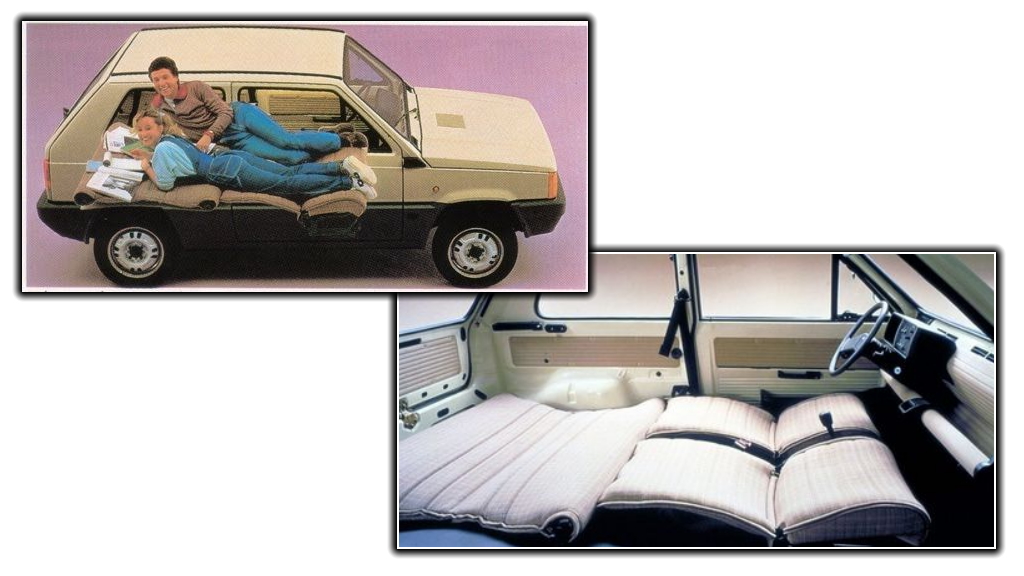 More importantly, you can also sleep on Ciao, because it, the more astute Fiat fans out there may recall, Panda seats folded flat! Obviously, these pictures above don’t show a Panda Italia ’90, but due to copyright reasons, you can see what a set of bright blue seats look like when folded into a double bed by clicking on this link. 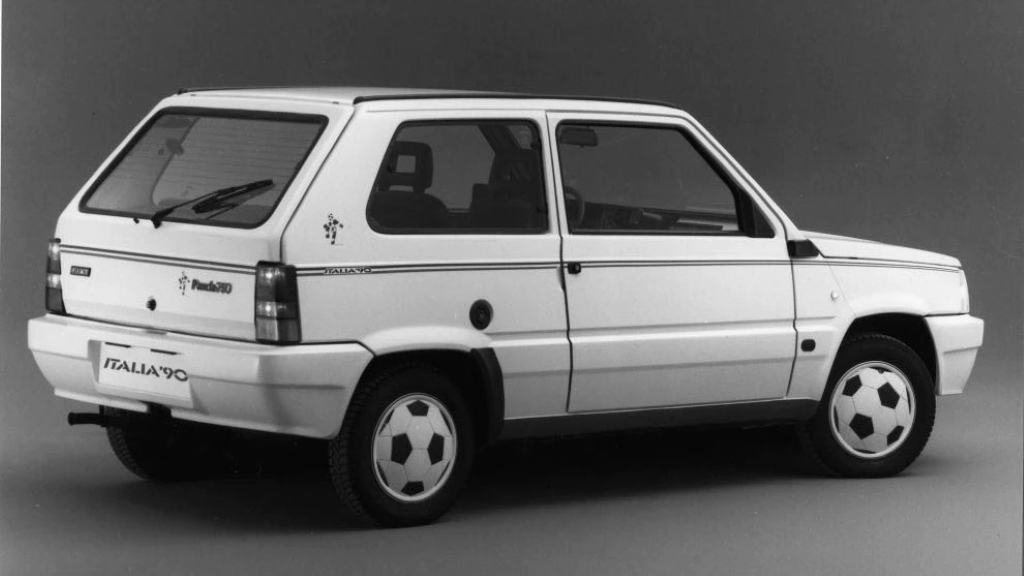 These days, the Panda Italia ‘90 is an endangered species. As these were still city cars for the masses, many were driven hard, put away wet, and generally treated as appliances. The Telegraph claimed that only nine remained on U.K. roads in 2021, which is a shame considering the distinctiveness of the package. It’s also a bit of a shame because soccer-themed cars are a bit of a rarity in 2022. Here’s a beater that someone found a few years ago and posted to YouTube. Unfortunately it’s missing the lovely hubcaps, though this is unsurprising given the car’s age:

Despite Hyundai-Kia sponsoring this year’s World Cup, there don’t appear to be any specially-themed i10s or Picantos in the pipeline. Despite the iffy optics of producing such a thing, the decision to play it safe and not prep some special stripes or something is mildly disappointing as strange special edition models are often delightful footnotes in automotive history. So, long live the Fiat Panda Italia ’90, a strange and compelling celebration of when cars and sports collide.

Prove Me Wrong: I Just Don’t Think The Fiat 500L Was That Bad

Thomas is a Nu Rave-blaring, heel-toe downshifting, maple syrup-swilling, chassis-geeking, junkyard parts-hauling, floppy-haired scenester who's been writing about cars since college. His current ride is a 2006 BMW 325i with the six-speed manual gearbox. Instagram: @thomas.hundal Twitter: @thomashundal
Read All My Posts »
PrevPreviousCitroën Teases New Zero-Horsepower Concept With An Obscure Historical Reference Involving Fireflies
NextHere’s All The Good Stuff The Autopian’s New Commenting System Will OfferNext