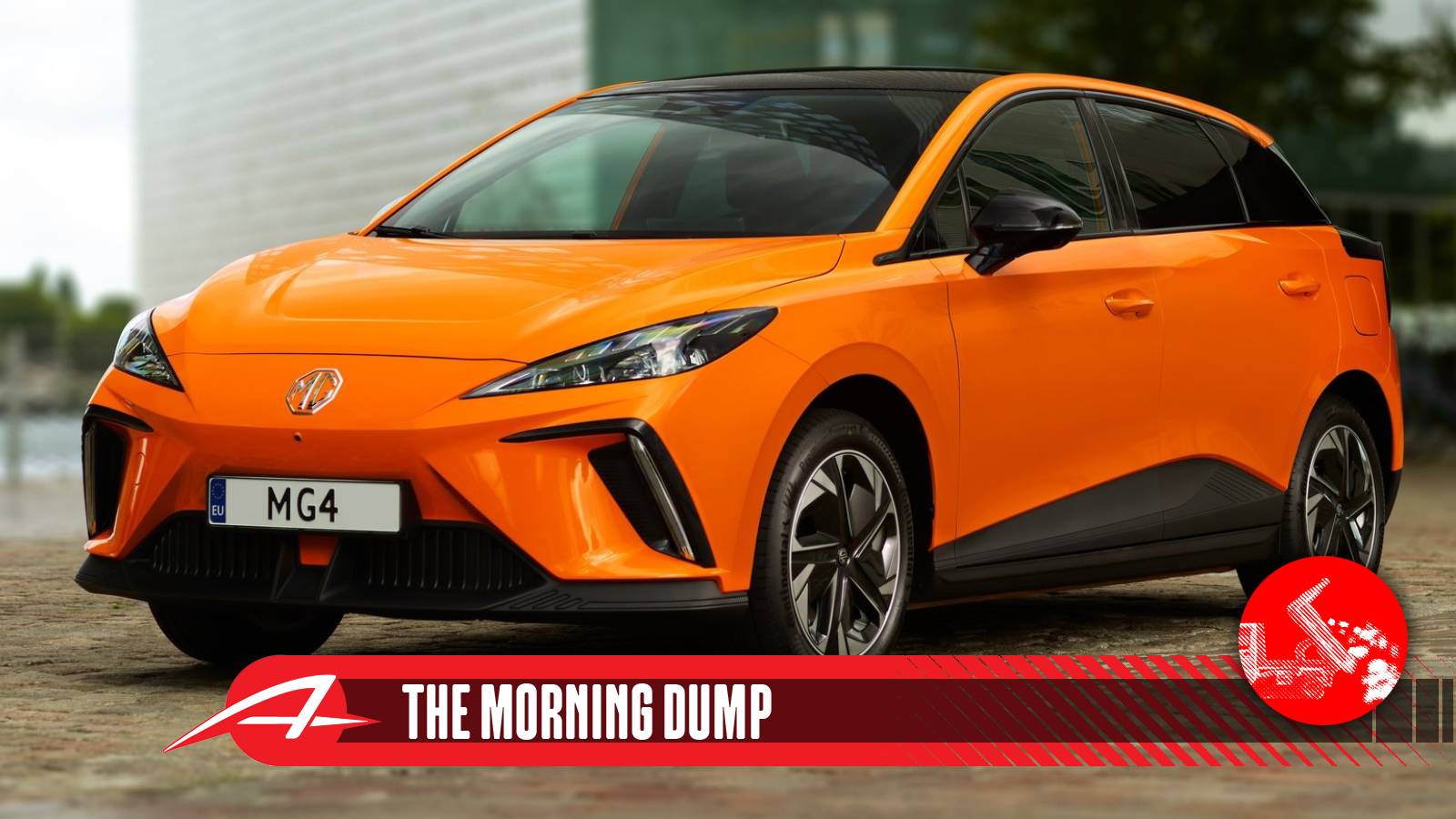 Happy New Year’s Eve Eve, Autopians! It’s a slow news day and I’m calling it early for the staff today because they more than earned an end-of-year break after building up this incredible car publication over the past eight months. Also, I may need to send an extraction team to recover David and Jason later, because that operation feels like it’s going increasingly sideways.

In the meantime, for 2022’s final Morning Dump, we have news about the Chinese auto industry’s rise in Europe; our allies in that continent being none too happy about our Inflation Reduction Act; and the e-bike boom we’ll see even more of in 2023. Let’s do this!

The car you see above is a 2023 MG EV4. Looks pretty slick, doesn’t it? It’s not a bad deal, either; for an entry-level price of 28,420 Euros in Germany, you get 217 miles of EV range on Europe’s WLTP cycle, 10 to 80 percent fast-charging in 35 minutes, and a package that competes with the Volkswagen ID.3. Also, a high-performance version with 443 horsepower is coming next year too for about 39,000 Euros.

We equate MG with vintage roadsters in America, but these days the brand is owned by China’s SAIC and production happens there as well.

Cars like this are why the Chinese automakers had a pretty successful year in Europe, according to Automotive News. EVs in particular are booming there:

Car manufacturers in China exported $3.2 billion worth of electric vehicles in November, up 165 percent from a year ago to reach the highest-ever monthly total, data from the nation’s customs authority showed.

European countries such as Belgium and England were the biggest importers, taking up nearly 70 percent of the shipments.

Exports of electric passenger vehicles accounted for more than half of the total car shipments for two months in a row, with November registering a record high of $6 billion in exports.

As that story notes, the wave of Chinese exports comes as the European OEMs seek to expand production of both cars and parts in that country thanks to limited capacity at home (and, we have to assume, because costs are far cheaper too.)
So far, Chinese-built cars in America remain relatively rare; there’s the Polestar 2 and a few others from Volvo and General Motors. But if they’re doing this well in Europe, it’s getting harder and harder to see why the same couldn’t happen in the U.S. There’s a lot of U.S.-China trade friction, hefty tariffs and concerns over tech, privacy and security (look at TikTok, for just one example.) China’s home market grows by leaps in bounds every year, and I mean that in terms of both exports and quality. You know the automakers want this to happen. BYD in particular is one I’m keeping my eyes on in 2023; Warren Buffett’s been paring his stake back a bit in recent months, but he’s still a believer.

Pictured: Europeans, probably mad at us over EV tax breaks despite their smiles

Lately, we’ve been talking a lot about the revised new car (and used car, now) EV tax credits implemented under the Inflation Reduction Act. If you’re up to speed, you know the goal is to localize the EV supply chain so America doesn’t cede total battery and production dominance to China (see above!) But it also means that for cars to qualify for tax credits, they have to have “final assembly” done in North America.

Naturally, this is bad news for European automakers. (And Subaru, and Toyota, and Hyundai/Kia… you get the drift.) Earlier this month, French president Emmanuel Macron visited President Joe Biden and said, bro, we are straight-up not having a good time over this stuff.

More or less. And in French, one assumes. You get the idea.

Right now, the U.S. is working on it. But recently updated guidance hasn’t resolved all of the Europeans’ concerns yet. Here’s the Financial Times on Valdis Dombrovskis, the EU trade commissioner:

On Thursday night the commission welcomed new US guidance indicating EU companies could benefit from the commercial clean vehicle credits under the IRA, saying it reflected “constructive engagement” by the two sides. However Brussels stressed it remained concerned by discriminatory provisions affecting other clean vehicles.

Responding to the new US guidance, Dombrovskis said: “We welcome this important first step, which is the outcome of our fruitful discussions with the US. EU companies should now be able to take advantage of the US Commercial Clean Vehicle Credits. However, we will continue talks within our joint task force regarding other aspects of the IRA where we have important concerns.”

The other focus is on requirements that battery components be sourced from the US or its trade partners. While the EU does not have a trade deal with the US, Dombrovskis hopes that the geographical scope of this can be drawn sufficiently widely to include the bloc.

“There are some openings, there is some work ongoing but we are not quite there yet,” said Dombrovskis.

Basically, we got us a little bit of a trade fight going into next year as the IRA gets put into place. The IRA is a huge boon for American car and battery production (and American manufacturing jobs) but the auto industry’s a very global one now. Some countries are likely to get their feelings hurt here. 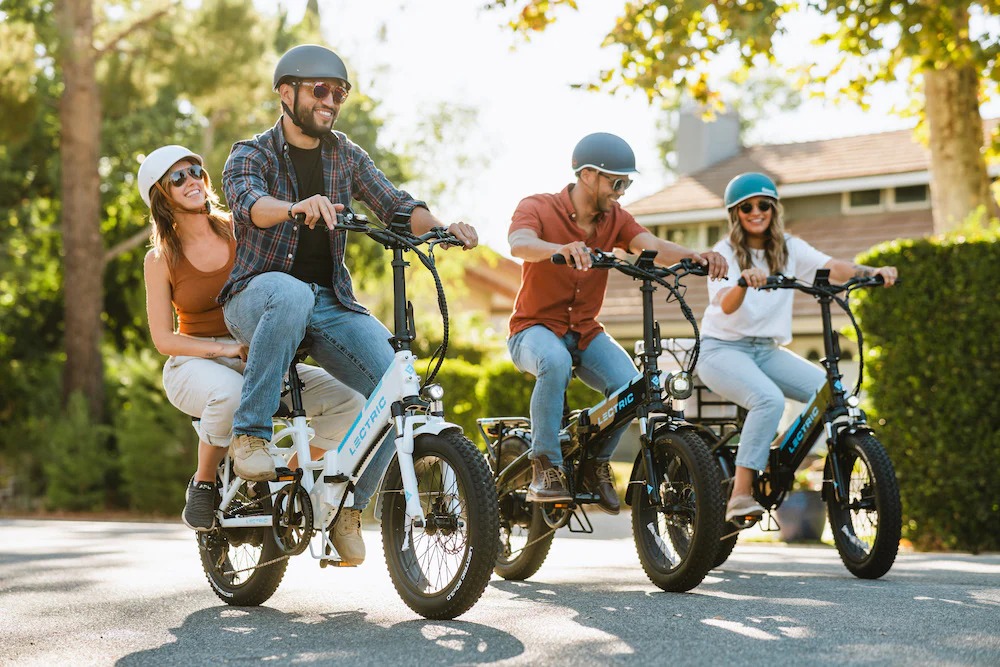 As I said, it’s a slow news day on the car front. There’s only so much I can do. I’m just a newsman, dammit, not an extremely powerful sorcerer. So let us turn our attention instead to another are of “mobility” that’s quietly blowing up and may keep doing so next year: e-bikes. Here’s CNBC:

“The level of ridership has almost doubled or more every year since 2015,” said Mike Radenbaugh, the founder and chairman of Rad Power Bikes. “And we see no slowing of that in the years forward as we look at fuel prices increasing and other challenges to transportation only getting worse.”

This trend is in large part due to the variety of options that have entered the market. Some are built specifically for certain jobs such as food delivery, others are designed to fold up or built with extra seats for kids.

Now, they’re being used as a convenient micro-mobility transportation option for those who don’t want the inconveniences and costs that come with a car.

As for some news, TechCrunch reports more of these companies may go public next year and they stand to benefit from an array of state and local subsidies. But for them to catch on, better regulation and tech is needed to ensure safety. From that story:

“There is a major convergence happening in which bike tech is quickly catching up to automobile tech. There are more connected bikes hitting the market everyday,” Will White, co-founder of Mapbox, an online map provider, told TechCrunch. “Bikes are already starting to ship with integrated ADAS features like radar for rear-vehicle detection, but this is just the beginning. Soon, we will start to see more technology to provide safety and comfort for riders, including AI-equipped cameras for hazard detection, and smarter turn-by-turn navigation that guides riders on the most comfortable route out of harm’s way.”

White said safety and security are the top concerns for prospective e-bike buyers. Aside from alerts to danger on the road, features like navigation to avoid dangerous roads and asset tracking to deter thieves and enable recovery of stolen bikes will help to spur greater adoption.

Maybe we should start doing e-bike and scooter reviews here at The Autopian next year. And why don’t more cars come with these built-in? Honda was onto something 40 years ago.

How, and when, do you think Chinese brands will catch on in America? Would you buy one? People certainly don’t think of Polestar that way and those cars have been remarkably well-received so far.

Many Good Cars Are Coming In 2023, But The Market Will Stay Weird

Tesla Is No Longer One Of America’s 10 Biggest Companies

Editor-at-Large at The Autopian.
Read All My Posts »
PrevPreviousRisk And Reward: 2001 Porsche Boxster vs 2004 Mazda RX-8
NextFord Had More Recalls In 2022 Than Kia, Hyundai And Tesla CombinedNext