There’s No Sound Quite Like David Vomiting In A Crappy Motel: Day Three Of The Move

This country is too damn big. It’s unreasonable. Especially in this big middle part with the massive skies and the never-ending flat ribbons of road and the constant powerful cross-winds that make towing this heavy-ass Golden Eagle feel like going down a waterslide. What are we doing with this much country? I guess it’s nice to have the storage space but damn does it take a long time to drive across. Especially when one of us seems to have gotten food poisoning, or something similar that ended with David vomiting into a cheap motel toilet in the night, which sounded like someone dumping a metal garbage can full of chili into a the sucking maw of a hippo. Anyway, things are going great. 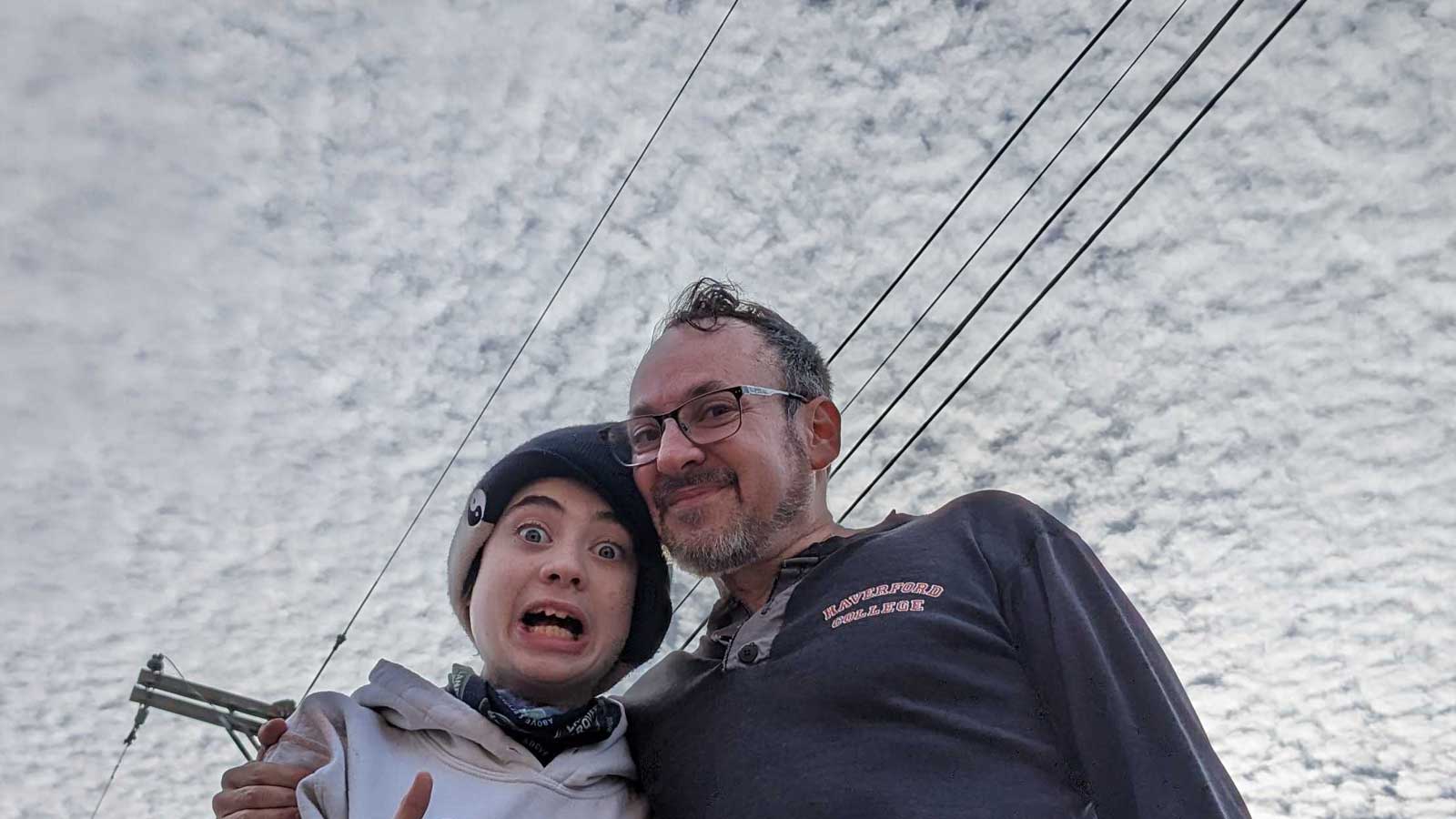 Before we left our Lebanon, Missouri motel, Otto and I did our tight five prop comedy bit that ended with me receiving mild burns to my earlobe:

That moment when @JasonTorchinsky uses a hairdryer as a phone and his son Otto turns it on. pic.twitter.com/586ZvtqDPc

We made it to Neosho, Missouri for lunch, which was kindly provided by our fellow motor-vehicle-word-sayer, Caleb Jacobs, truck-man at The Drive. It was fantastic! We even took a constitutional around the town square and enjoyed a bunch of Ozarkian goodness.

@davidntracy, @JasonTorchinsky, and his son Otto made time for lunch with me at my family’s restaurant today! Wish ‘em luck as they move David to LA. Not that they need luck, of course! They have each other ❤️ pic.twitter.com/wVuU2TMO0p 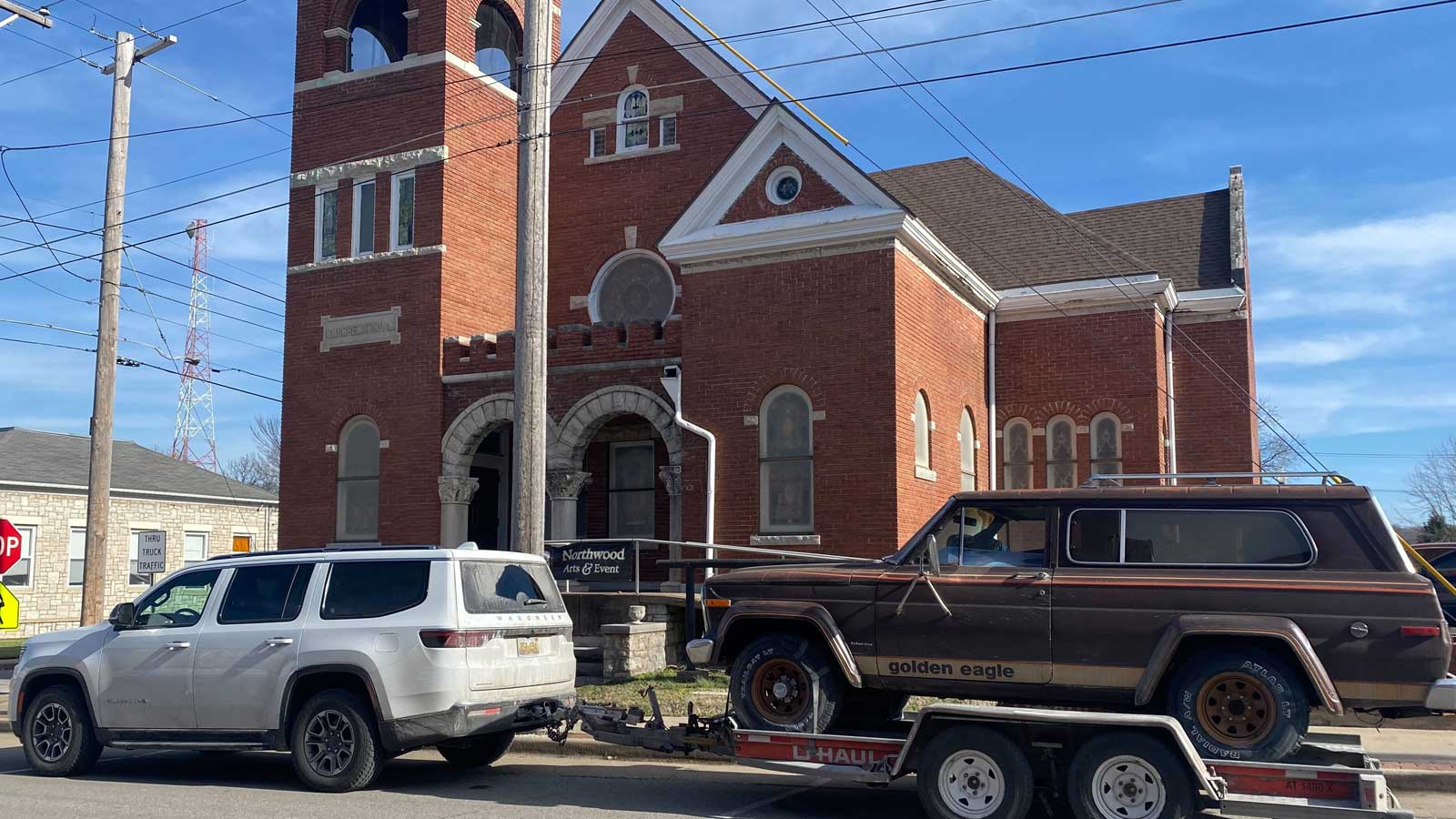 Things took a turn sometime after lunch, though. David made the rookie mistake of eating what must have been a cubic meter of mashed potatoes, so all he wanted to do after that was sleep, which, as you experienced roadtrippers know, is not ideal for making good time. 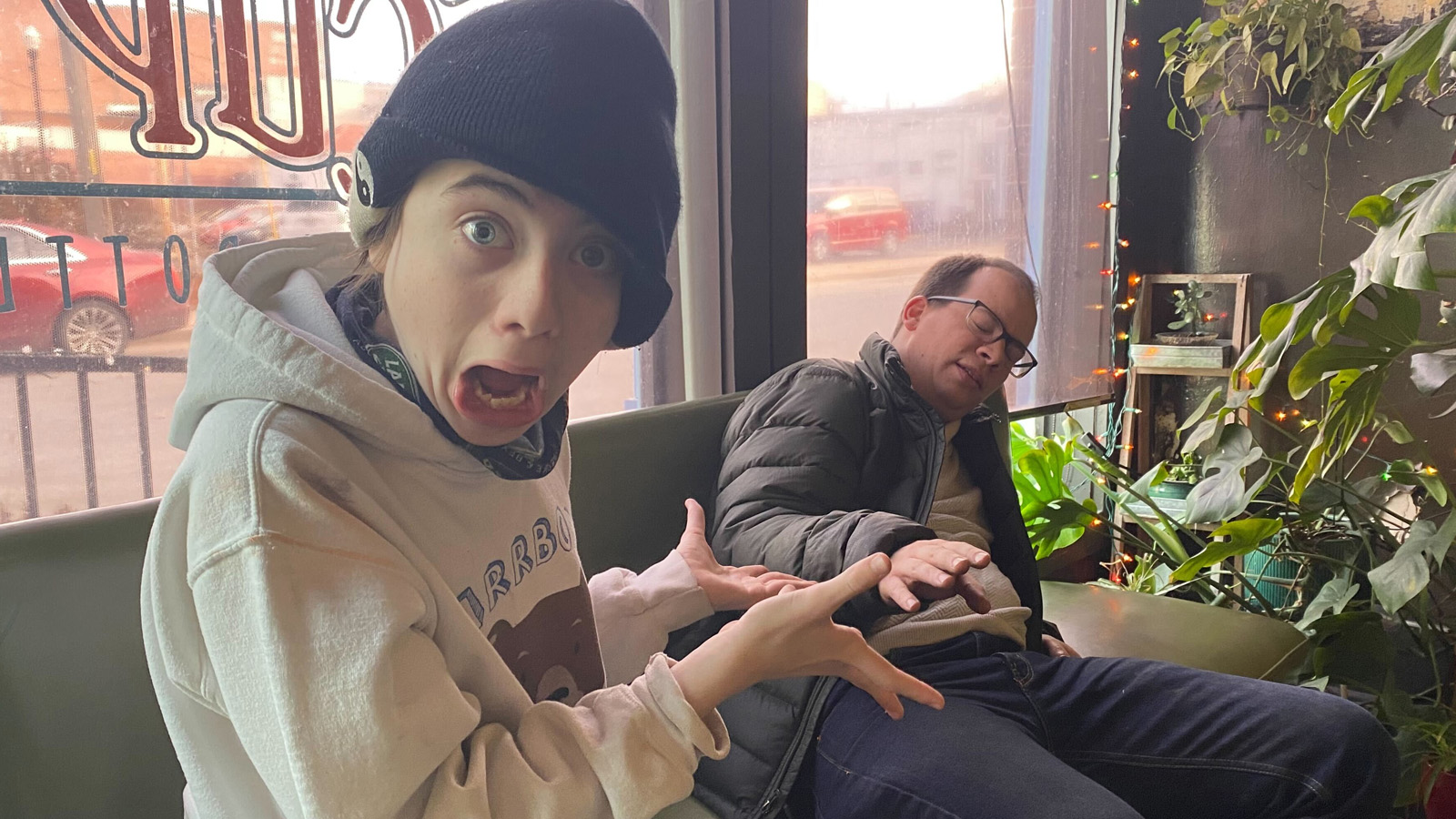 We debated just rolling David into the ditch and moving boldly on without him, but we revived him, installed him in the Mustang, put a brick on the gas pedal, and pressed on.

A shocking amount of the remaining drive was on this interminable turnpike in Oklahoma, named, I believe, for Nathan Interminable, the man who invented the concept of never shutting the fuck up. It’s long and straight and has zero exits so if you have to pee, as Otto and I did, you have a choice of either soaking your pants in redolent urine or pulling onto the shoulder and ejecting steaming arcs of the foul liquid, which was the path we chose. I’m still not certain it was the better choice. [Ed Note: Pulling over on a small shoulder as cars zoomed by at 80 mph was sketchy, but this toll road just kept going with zero exits! -DT]. 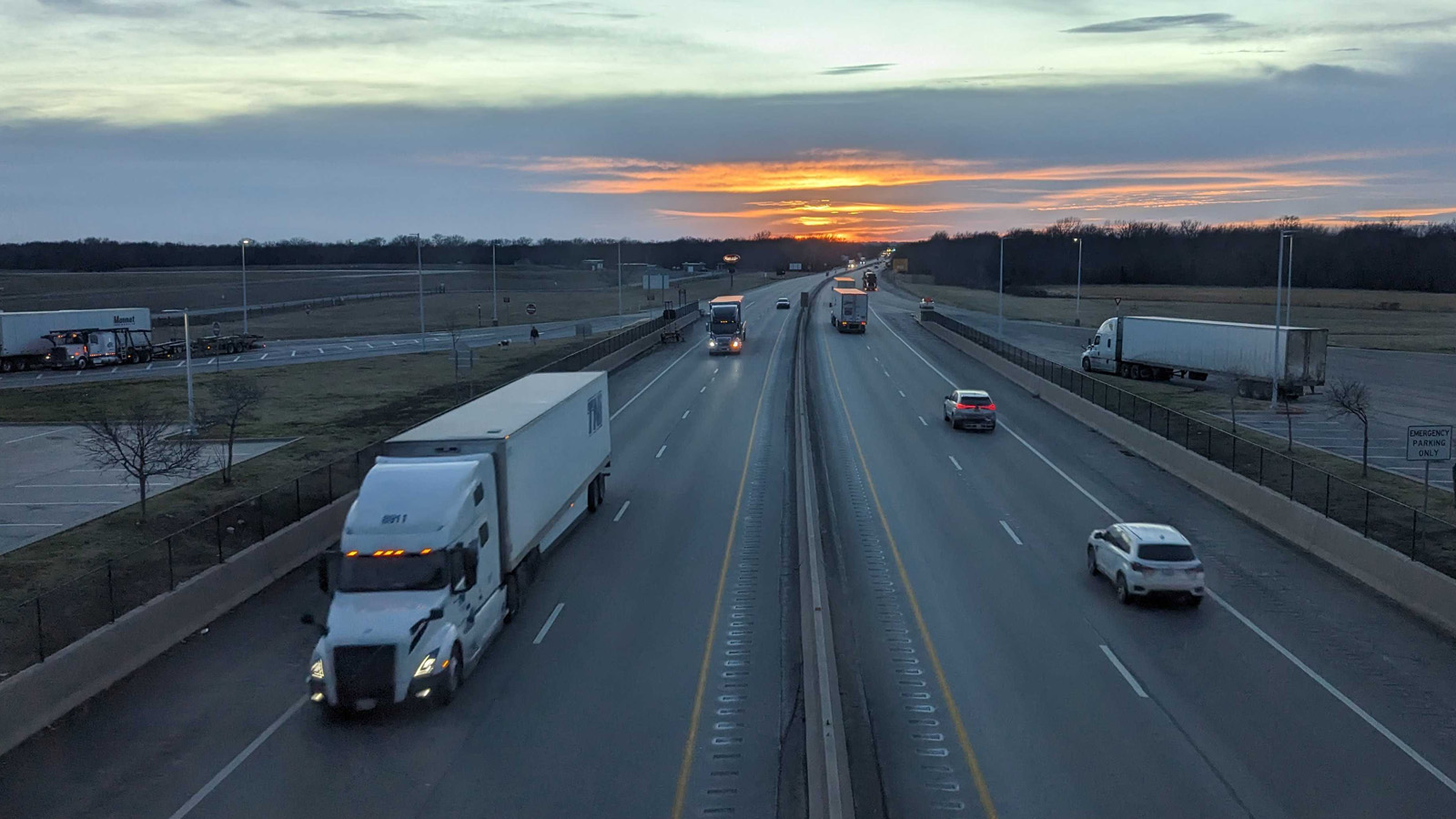 Who wants a crazy long highway with almost no exits? Not me. What if I forgot to get gas? Stupid.

Somewhere along the way, I noticed David driving slower and a little more, um, serpentine, so we stopped at a fun rest stop that arched over the road and had this fun hanging sculpture of an early Corvette: 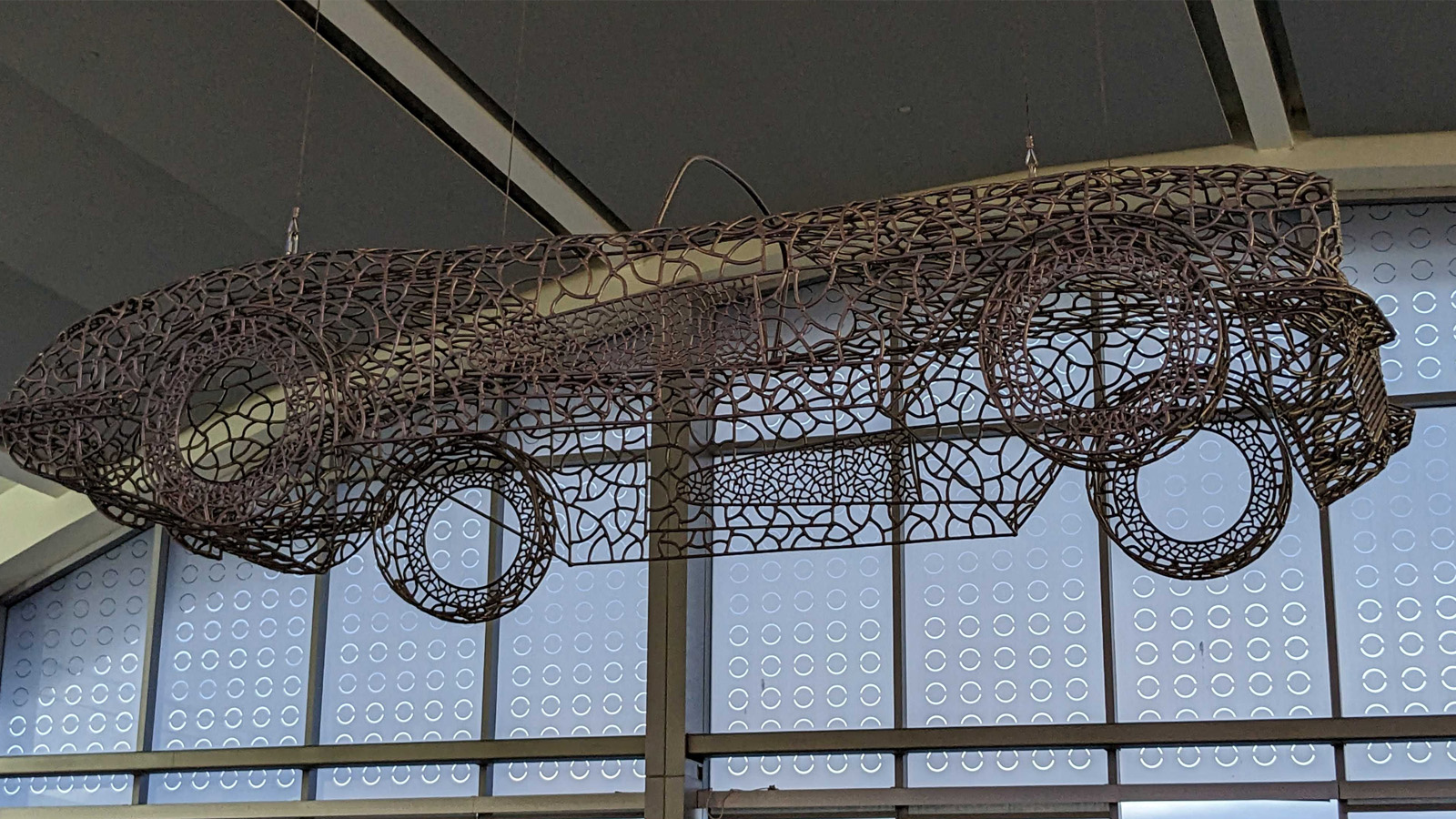 At some point, David must have eaten something he either bought or found, or maybe something just crawled into his mouth; it’s not clear, but it was doing something to him, and when we stopped again for gas he was not looking well. At all. He was slumped over and looked miserable. I got him some Gatorade and elixirs and we made the call to find the next place to stop. 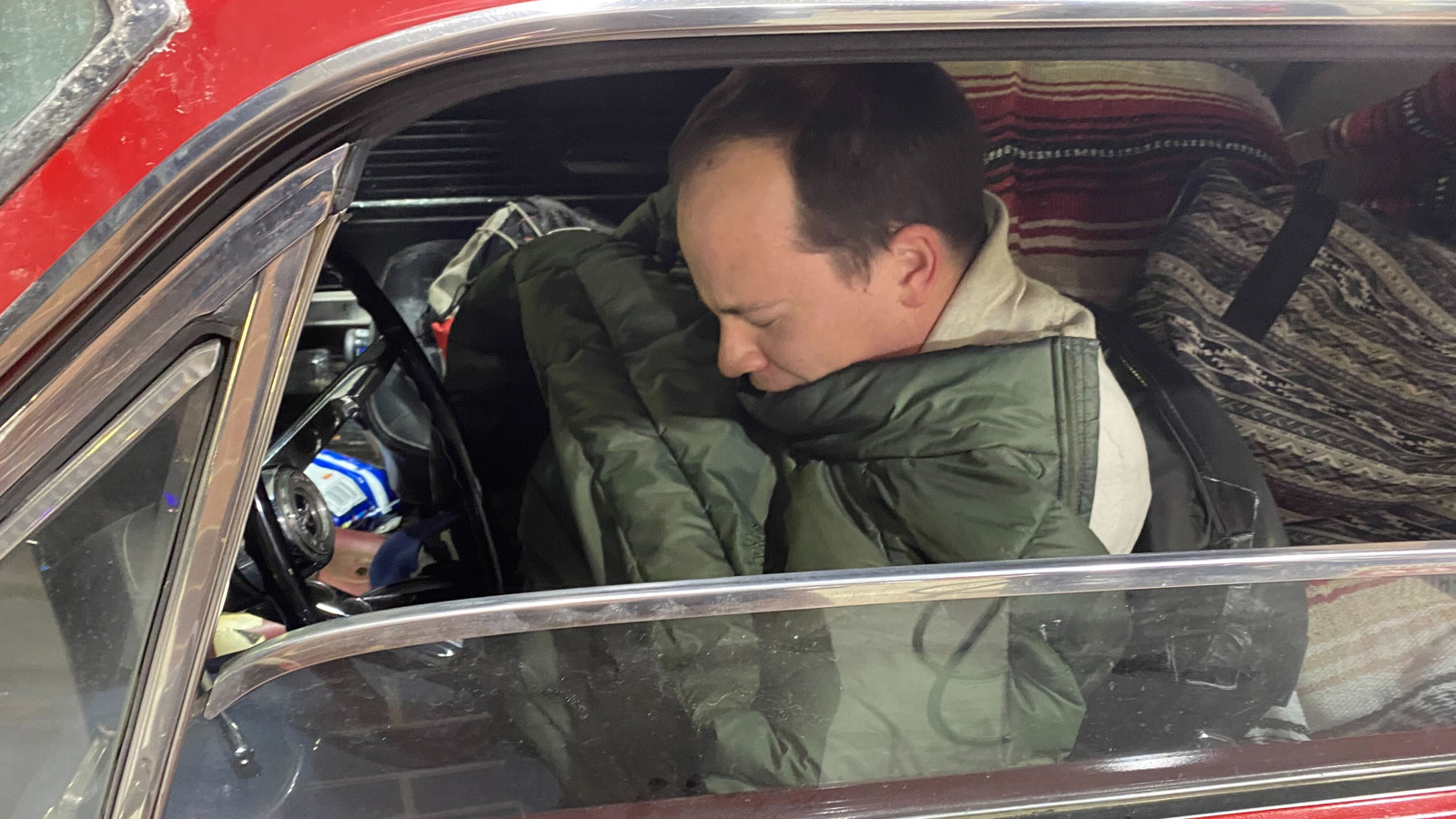 We got to the hotel and David complained of chills and aches, so I got some ibuprofen for him, which he refused to take until Otto told him to “stop being a child and take the pills.” Suitably chastised [Ed Note: And embarrassed. -DT], he took them, but then vomited everything up a bit later in a torrential gush of semi-digested ichor. Drained, he fell into a deep, dark slumber. 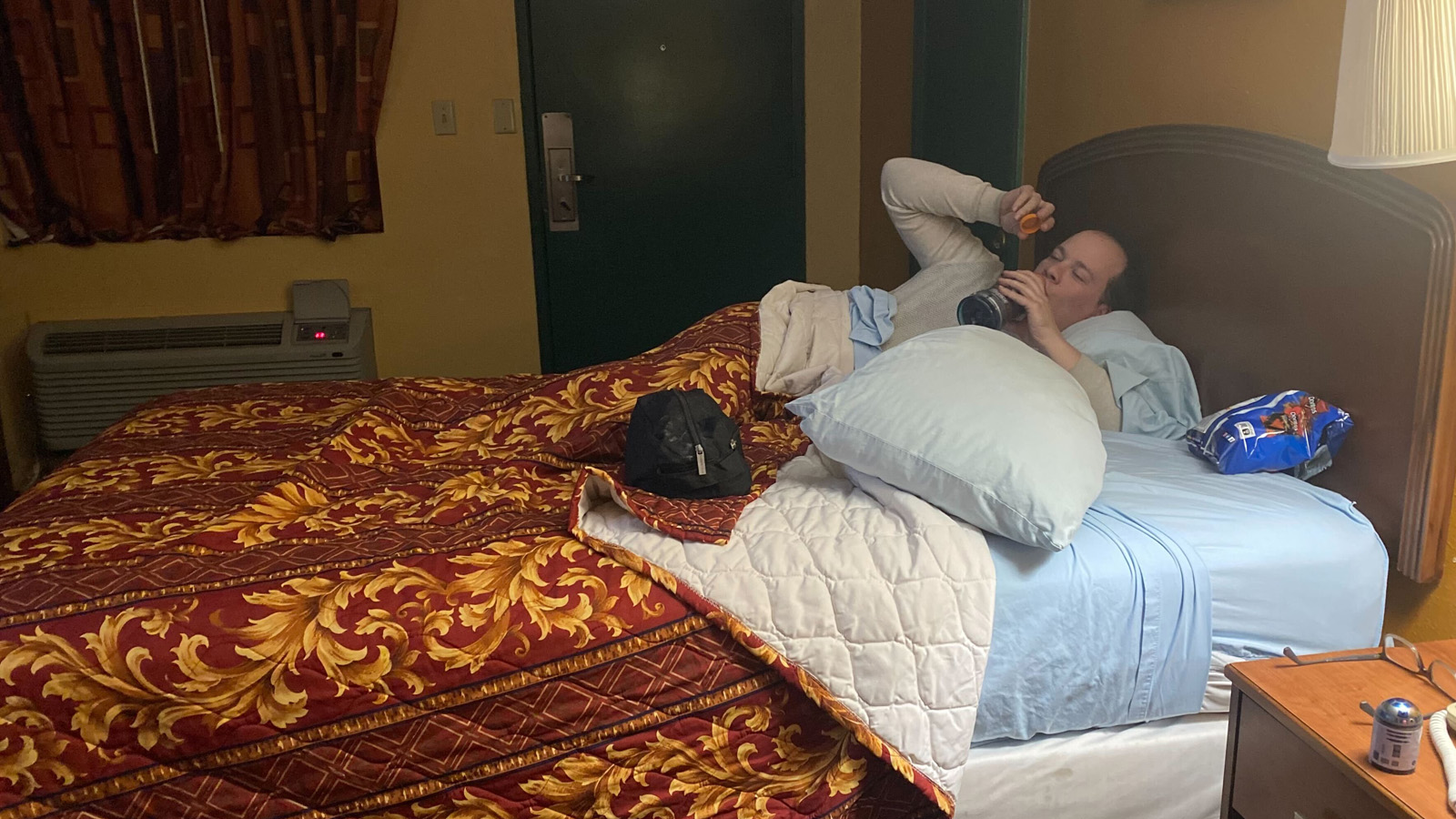 This morning, he must be feeling better because he woke up and immediately started eating from a bag of Cool Ranch Doritos that somehow found its way into his bed. I think that’s a good sign.

Everything Is Cold And The Wind Feels Like An Ice Laser: Day Two Of David’s Terrible California Move

That Face When You Help Your Disorganized Friend Move Across The Country: Comment Of The Day

Moving Is Terrible And Moving David Is Worse: Day One On The Road (UPDATE: St: Louis Reader Meetup!)

I'm a co-founder of the Autopian, the site you're on RIGHT NOW! I'm here to talk to you about taillights until you cry and beg me to stop, which I absolutely will not. Sorry. Hug? Also, David's friend.
Read All My Posts »
PrevPreviousHere Are All The Cars We’re Looking Forward To Seeing At CES 2023 So Far
NextThe Citroën Xantia Activa Was The Family Hatchback That Could Out-Handle A Supercar: Holy GrailsNext