Welcome back! For your consideration this Monday morning we have a pair of station wagons with remarkably few miles on their odometers. But first, let’s see how Friday ended up:

Huh, interesting. When I first saw the ads for those two cars, I was firmly on Team Buggatti. But the Maxi Taxi’s charms have grown on me, and now I think I might go that way instead. It’s just so ’70s it hurts. I can’t resist it.

Also, you might have noticed our polls have had a bit of a mid-cycle refresh, thanks to our own Matt Hardigree. Matt found a poll plug-in that works with WordPress instead of fighting it tooth-and-nail. It’s easier for me, and should be more reliable for you all. But today is the first time I’ve done it this way, so if anybody has any trouble with it, please let us know.

Now then: In the course of shopping for cars for this column, I get used to seeing cars with lots and lots of miles on the odometer. When I do find low-mileage cars, they’ve usually been sitting around wasting away for long periods of time. Today, however, I happened across two station wagons here in Portland that are both under 100,000 miles, and don’t appear to have been left to rot. Let’s check them out. 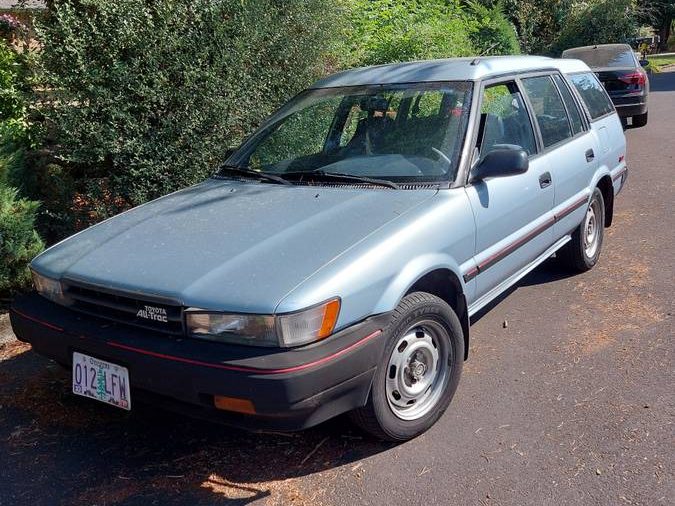 I have to admit that when I first read this ad, I bristled at the seller using the term “vintage” to describe a car built in 1990. That’s the year I graduated high school. If this little Corolla wagon is vintage, then what does that make me? 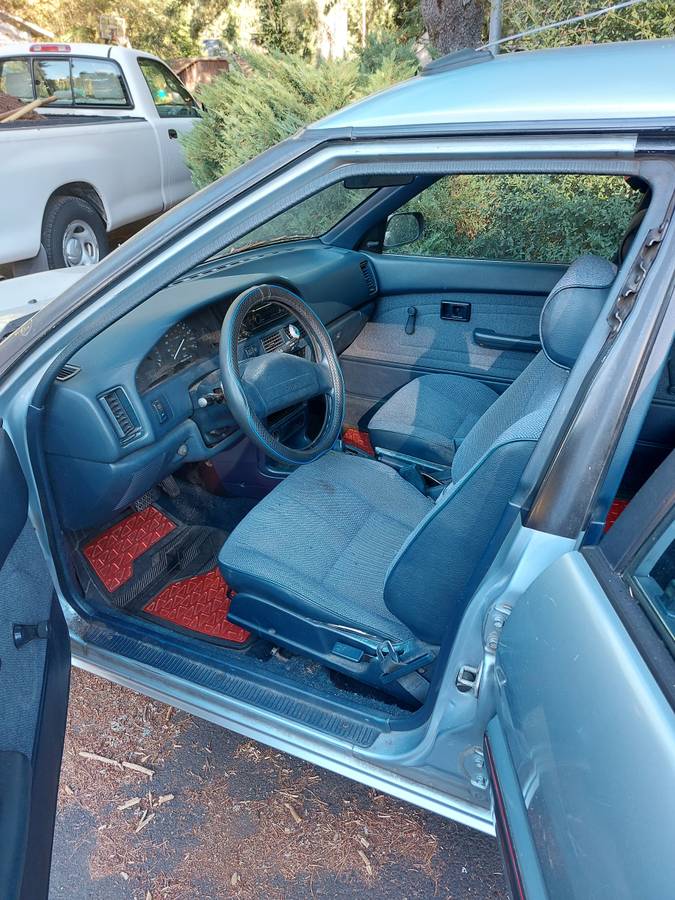 This Corolla has an ace up its sleeve when it comes to foul weather: full-time four-wheel-drive. For slippery conditions, the center differential can be locked via a button on the dash. Aside from that, it’s standard-issue Corolla: a 1.6 liter four, an overdrive automatic, and not a whole lot of excitement. But Corollas of this vintage are well-known for racking up the miles; this car is probably only about one-quarter of the way through its useful life. 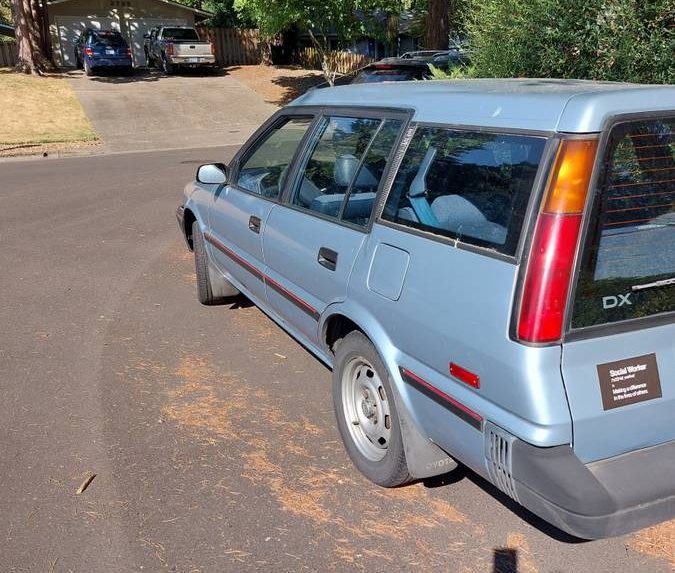 Honestly, I’ve always thought these cars fell out of the ugly tree and hit every branch on the way down, but they are practical. A small wagon with all four wheels driven, Japanese reliability, and good fuel economy? It works for Subaru. Maybe the Corolla All-Trac was just ahead of its time. 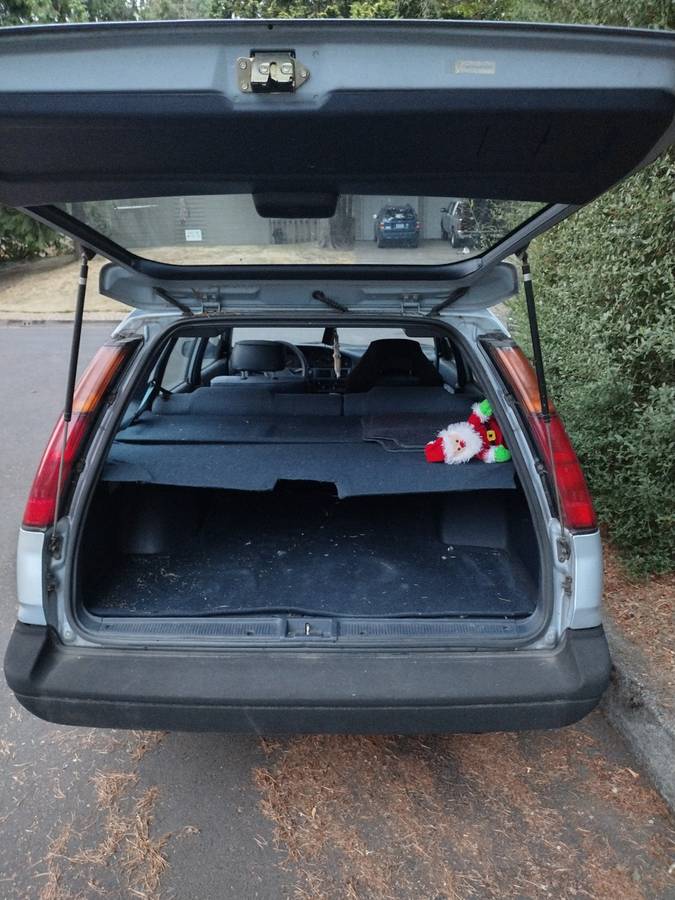 So why so cheap? It’s hard to say; the ad is very light on information. The seller says the car has a “great back story,” but then doesn’t tell that story. Once again, call for details, I guess. Or rather, text; anyone young enough to consider this car “vintage” doesn’t make or answer actual phone calls. 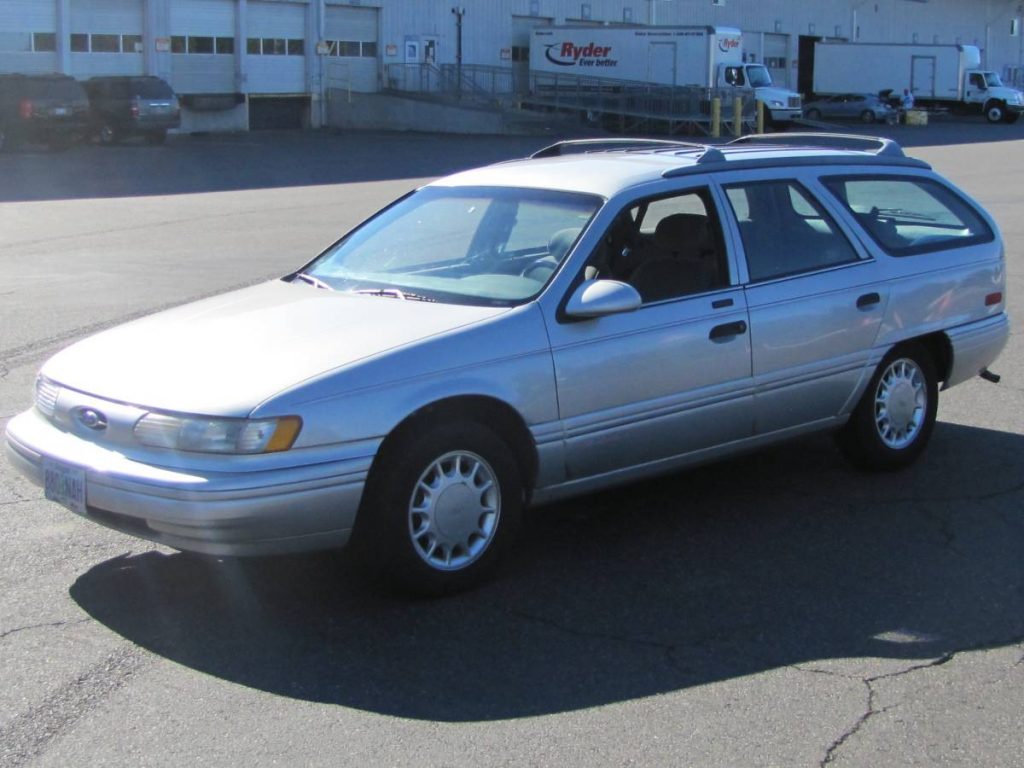 Runs/drives? Very well, according to the ad

For something a little bigger, a little more comfortable, we have this second-generation Ford Taurus. Still admittedly not the most exciting thing on four wheels, but it’s a good solid car. This ad is a little short on details as well; we’re not even told which of the two available engines this car has. Either way, it’s backed by a four-speed automatic, as in every ’93 Taurus except the SHO. 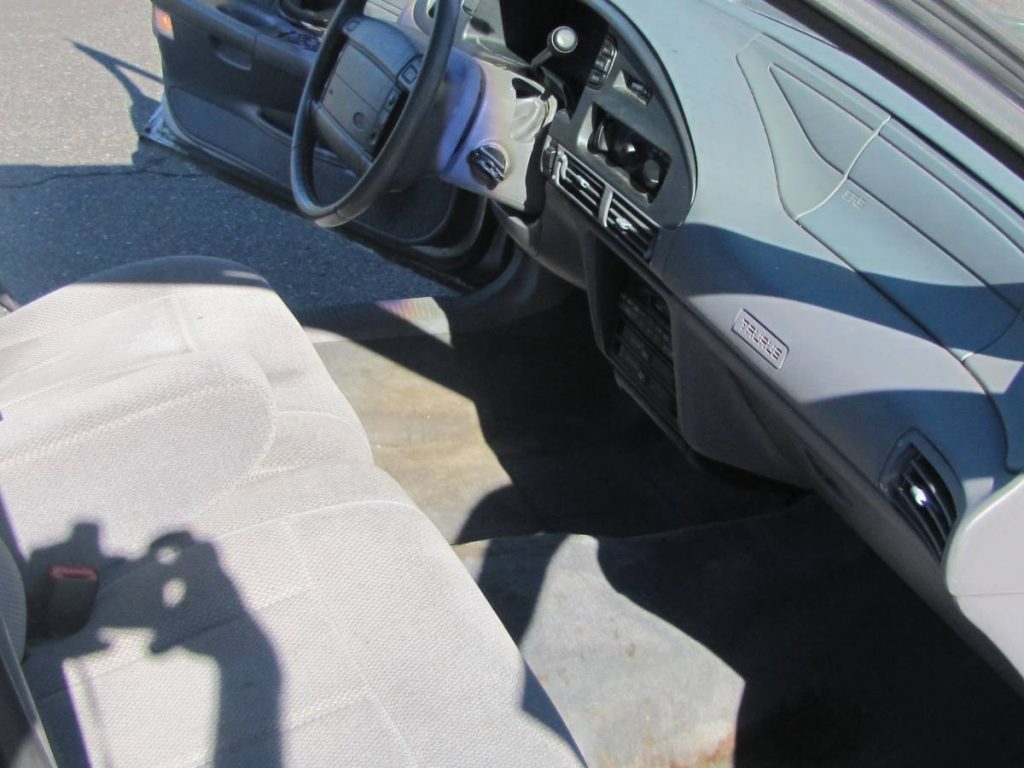 This Taurus has only 96,000 miles on the clock, remarkably low for a twenty-nine-year-old car. Those miles are spread out over only two owners, so it hasn’t been passed around. This instills some confidence in its condition; a car with this few miles and 20 owners would be a lot more suspect. Still, a close inspection is never a bad idea. 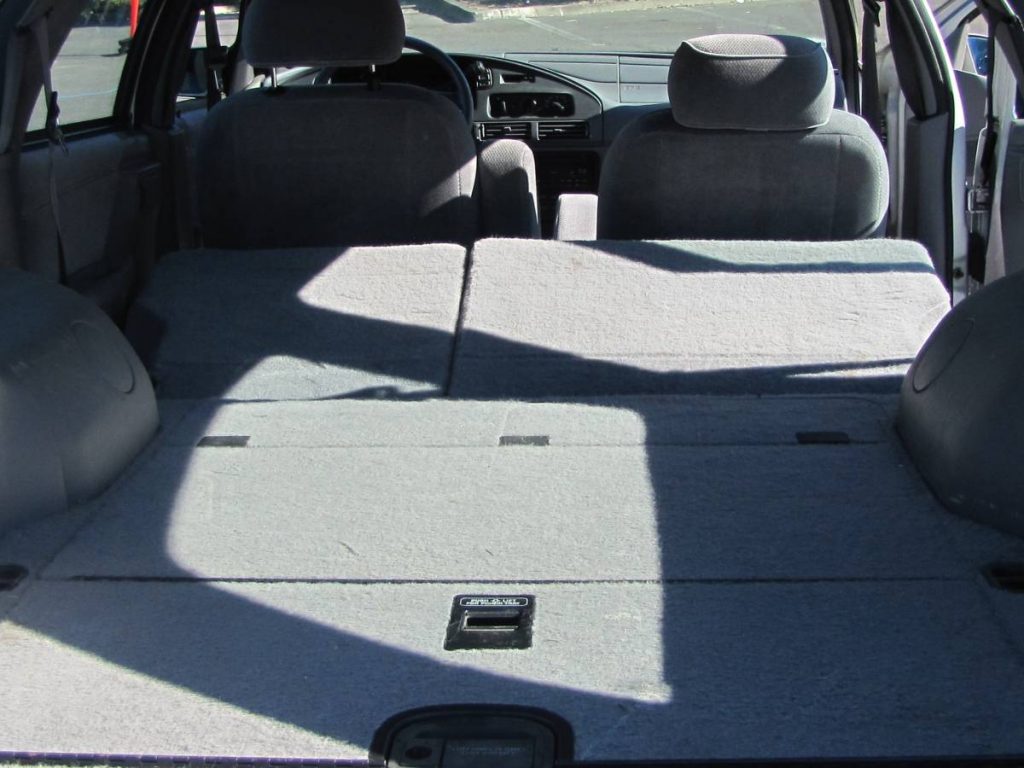 And it’s a wagon, a bodystyle that makes more sense to me every day. Fold down the seats, and you’ve got acres of nice flat foor to fill up. I do believe this car has a “way-back” seat as well, if you need it. It has a bunch of other options, including working air conditioning, and the most useful thing Ford put on a car in the ’90s: that little five digit keypad by the driver’s door handle. I always thought these were silly, until my wife bought an Explorer with one. Now I wish every car had one. 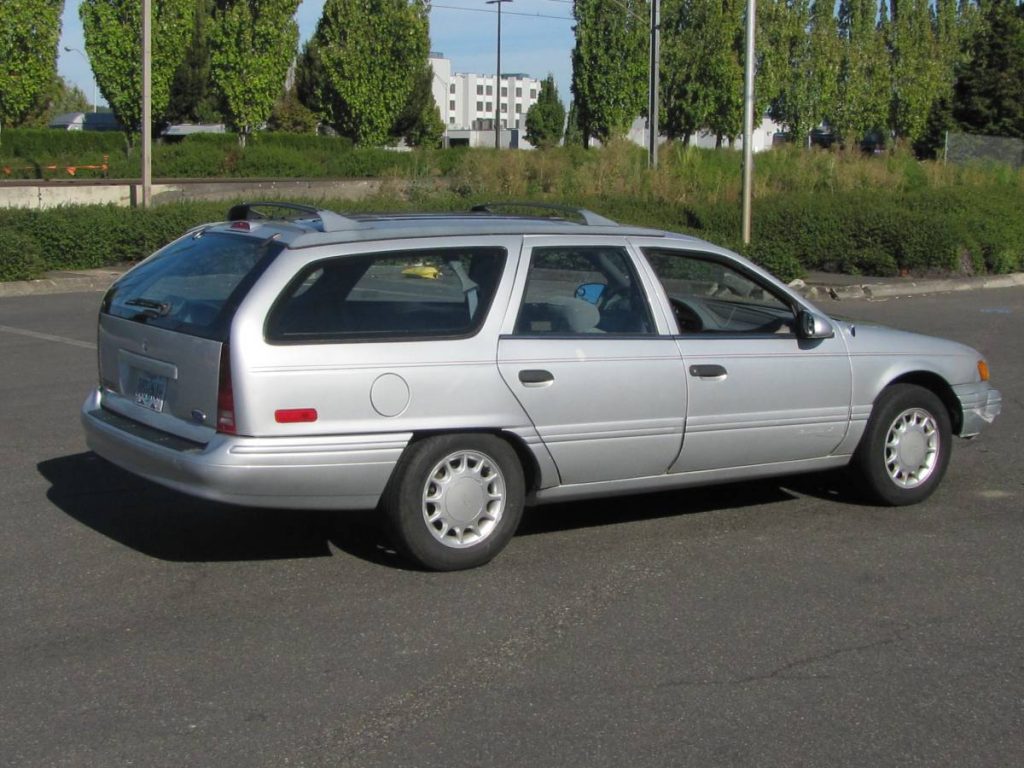 Condition-wise, it looks all right from what we can see. There is a little damage to the right corner of the front bumper, and what looks like it might be a shadow of rust along the bottom of a couple of doors, but it’s still presentable outside, and actually quite nice inside.

So there they are: a pair of wagons with not even 180,000 miles between them. One is considerably cheaper and has the advantage of 4WD, but the other feels, to me anyway, a bit more honest. What say you?

Pacific Northwest-based self-taught DIYer of all the things. Current fleet: 1971 MGB GT, 1989 Chevy K1500, 2013 Chrysler 300C, 2003 Infiniti QX4, and 1966 Aristocrat Land Commander trailer. Not to mention about 40 RC cars and around 100 model kits...
Read All My Posts »
PrevPreviousVolkswagen Threatens To Move Some Production Out Of Germany Because Of European Gas Crisis
NextWhat If Ford Had Made The Mustang Mach-E A Torino Instead?Next