It’s easy to feel alienated by fancy car auctions. With all the headlines of vintage Ferraris trading for exorbitant prices, the whole scene just feels a bit Savile Row and caviar, the sort of environment where you’d meet the real-life Monopoly man. Hardly the place for those of us who’ve accidentally eaten a ham and 5w30 sandwich at least once. However, if you dig deep enough into just about every auction’s catalog, it’s easy to find amazing cars that the rest of us can probably afford. I’ve been poring over the lot list for Salon Retromobile in Paris and you won’t believe what I’ve found that should go for sensible money. 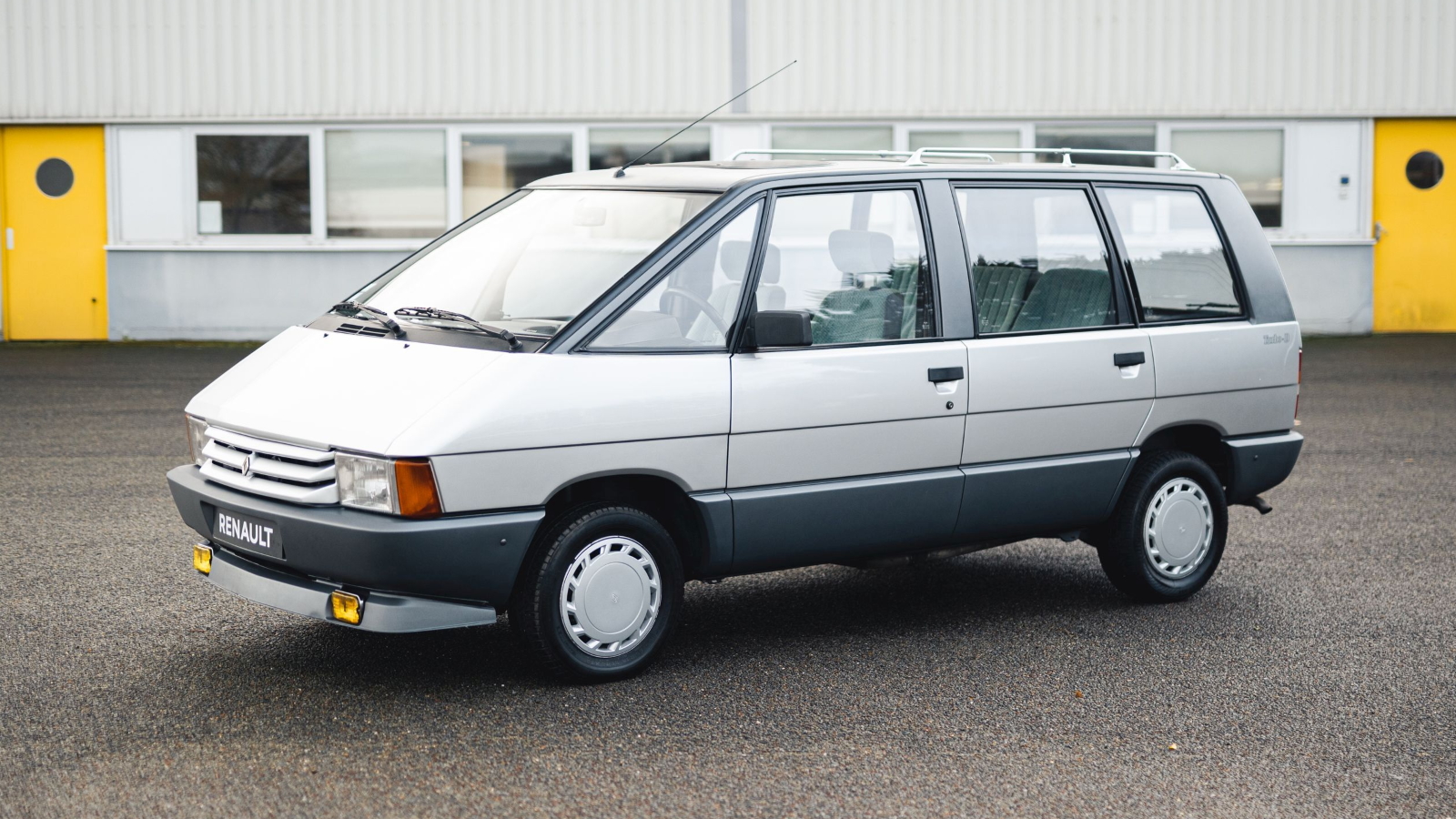 Who wouldn’t want an Espace? Not only is Matra’s packaging wonder an important part of automotive history, it’s also incredibly practical and unbelievably French. Not only was it built by everyone’s favorite missile and three-seat sports coupe company, it features a somewhat haphazard center stack with the radio at the absolute bottom. 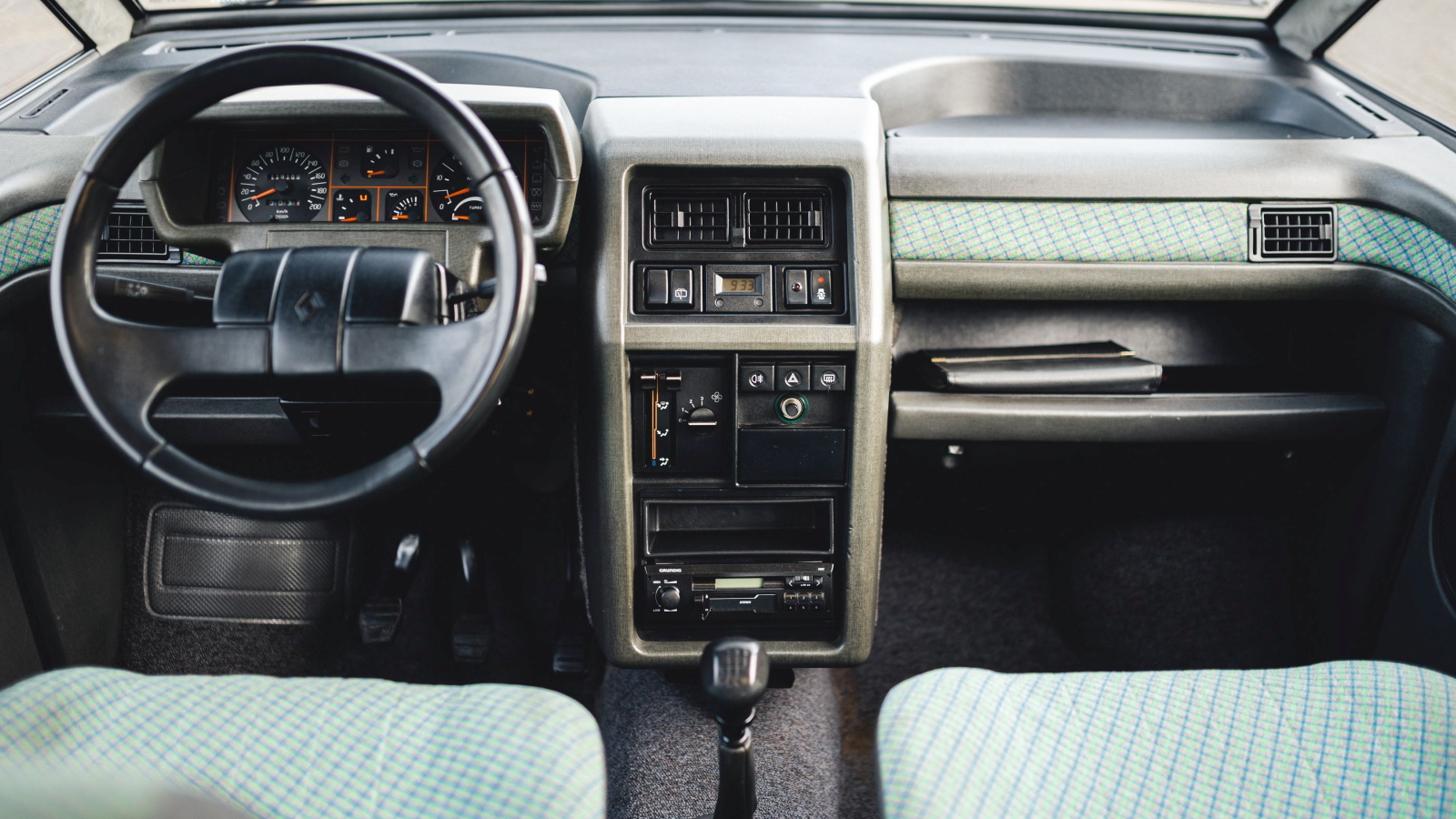 Strangely, the Espace shares a bit of a genealogical link to the original Chrysler minivan. See, Fergus Pollock imagined a people carrier back in the 1970s for Simca, then a subsidiary of Chrysler Europe. Matra was in charge of developing the program as a replacement for the Matra Rancho, but the whole thing got canned after Chrysler Europe went belly-up. Matra then brought the idea to Renault, and the rest is history. 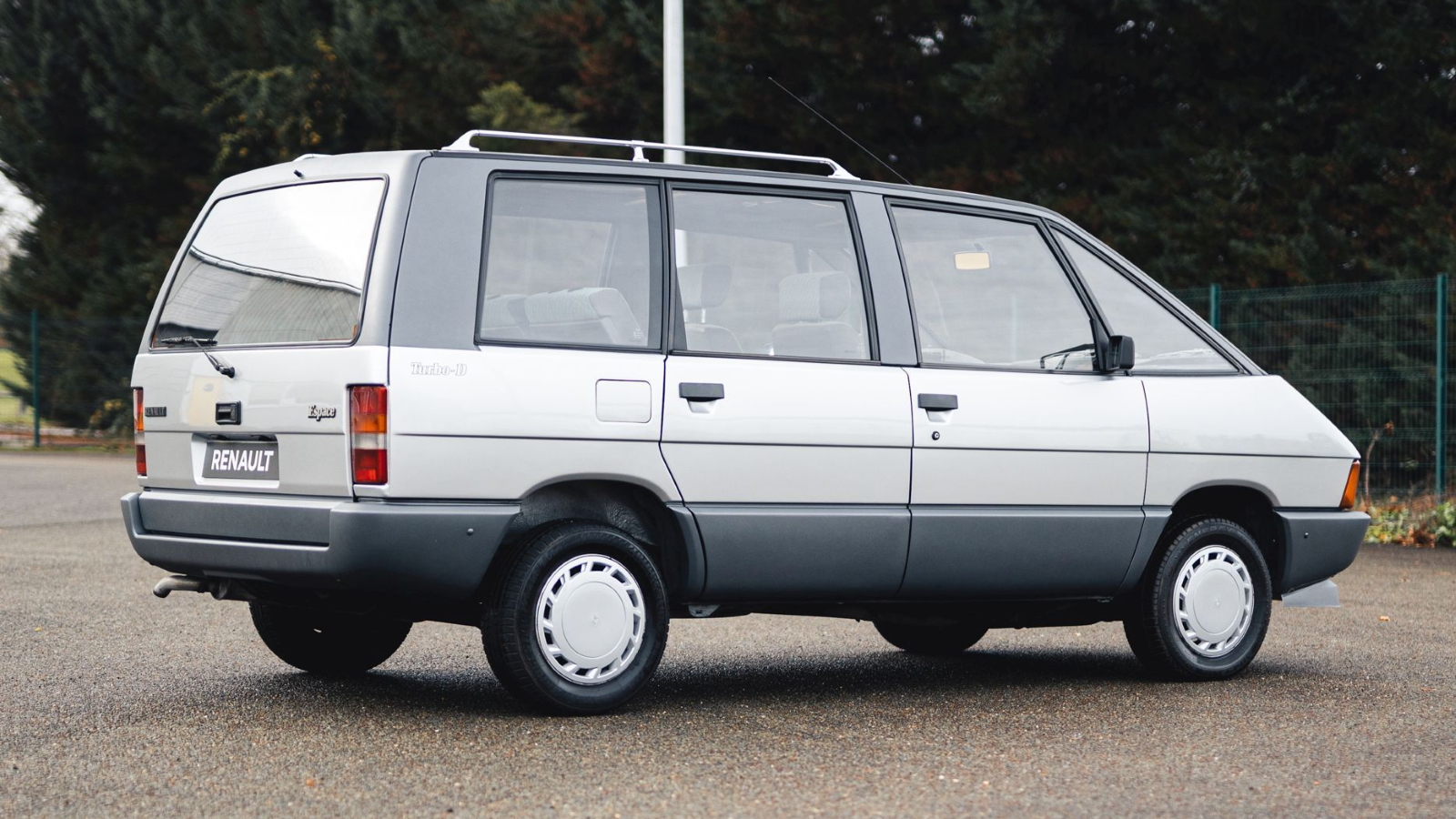 With 119,189 kilometers on the clock, this Espace looks as fresh as a daisy and features a 2.1-liter turbodiesel engine mated to a five-speed manual gearbox for an interesting mix of economy and pleasure. Oh, and perhaps best of all, this is Renault’s own Espace, currently part of its heritage collection. Considering an expected hammer price of 10,000 euros on the high end, this seems like an absolute bargain for one lucky Retromobile auction attendee. 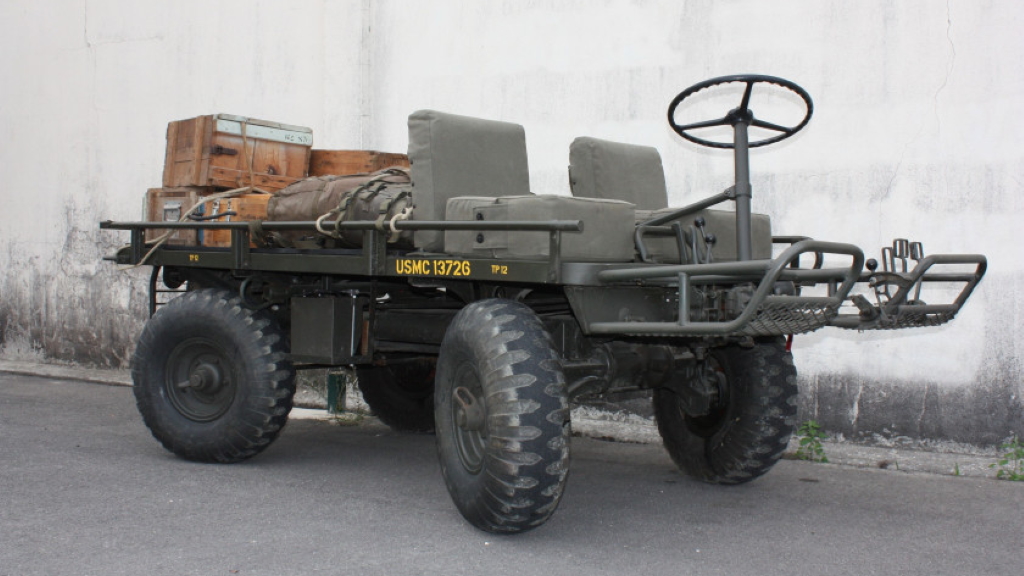 Want to make a Ford Maverick look like an F-250? You might want to check out the M274, one very unusual military vehicle that shares virtually no traits with the trucks we see on the road today. 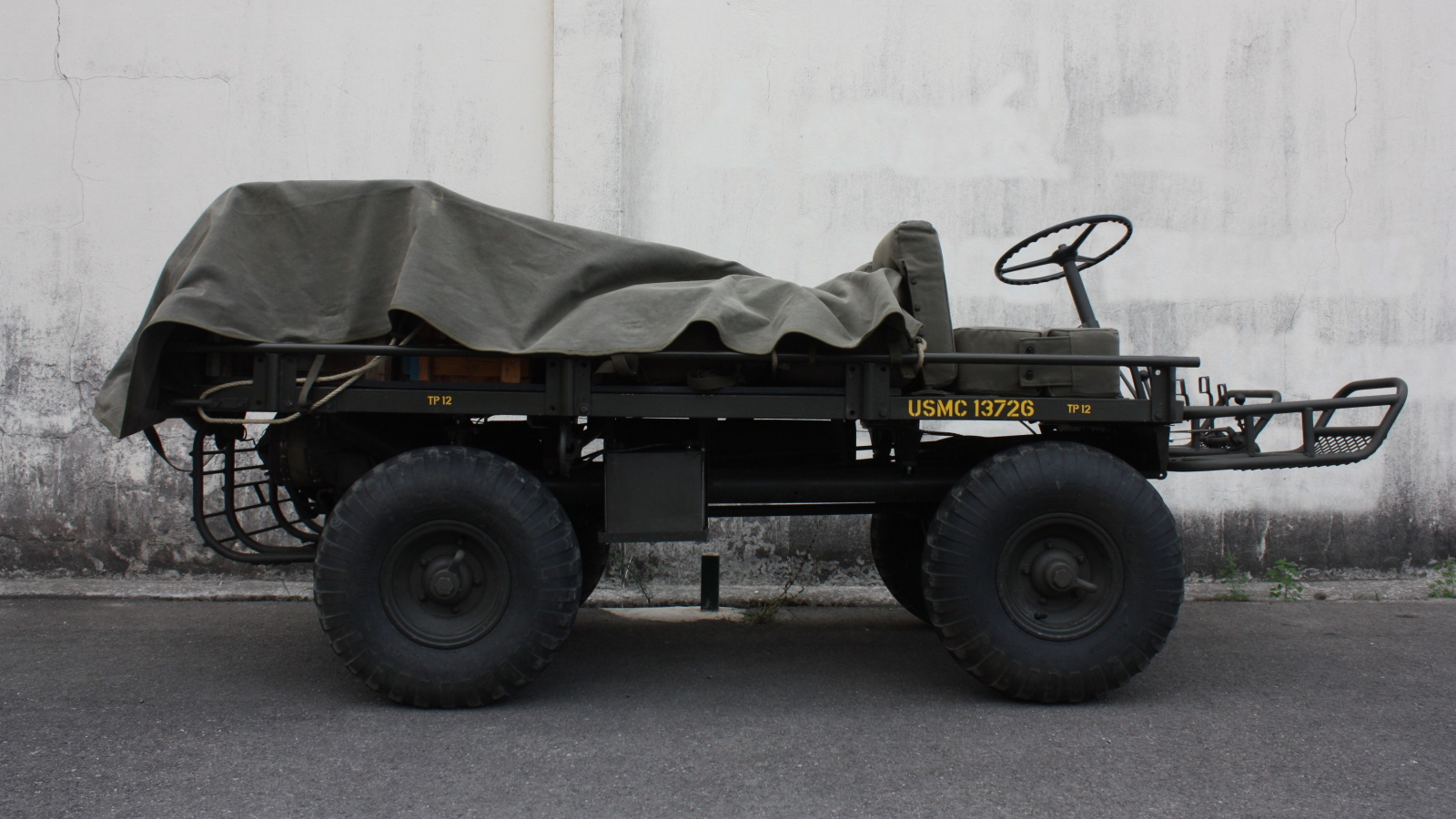 Built by Willys, think of the M274 as a stripped-back cousin of the Jeep CJ. Four-wheel-drive and a half-ton payload in a 118-inch package that weighs just 795 pounds is an impressive feat, and it comes at the cost of any semblance of creature comforts. This is a truck superleggera, with no windshield, doors, or roof. 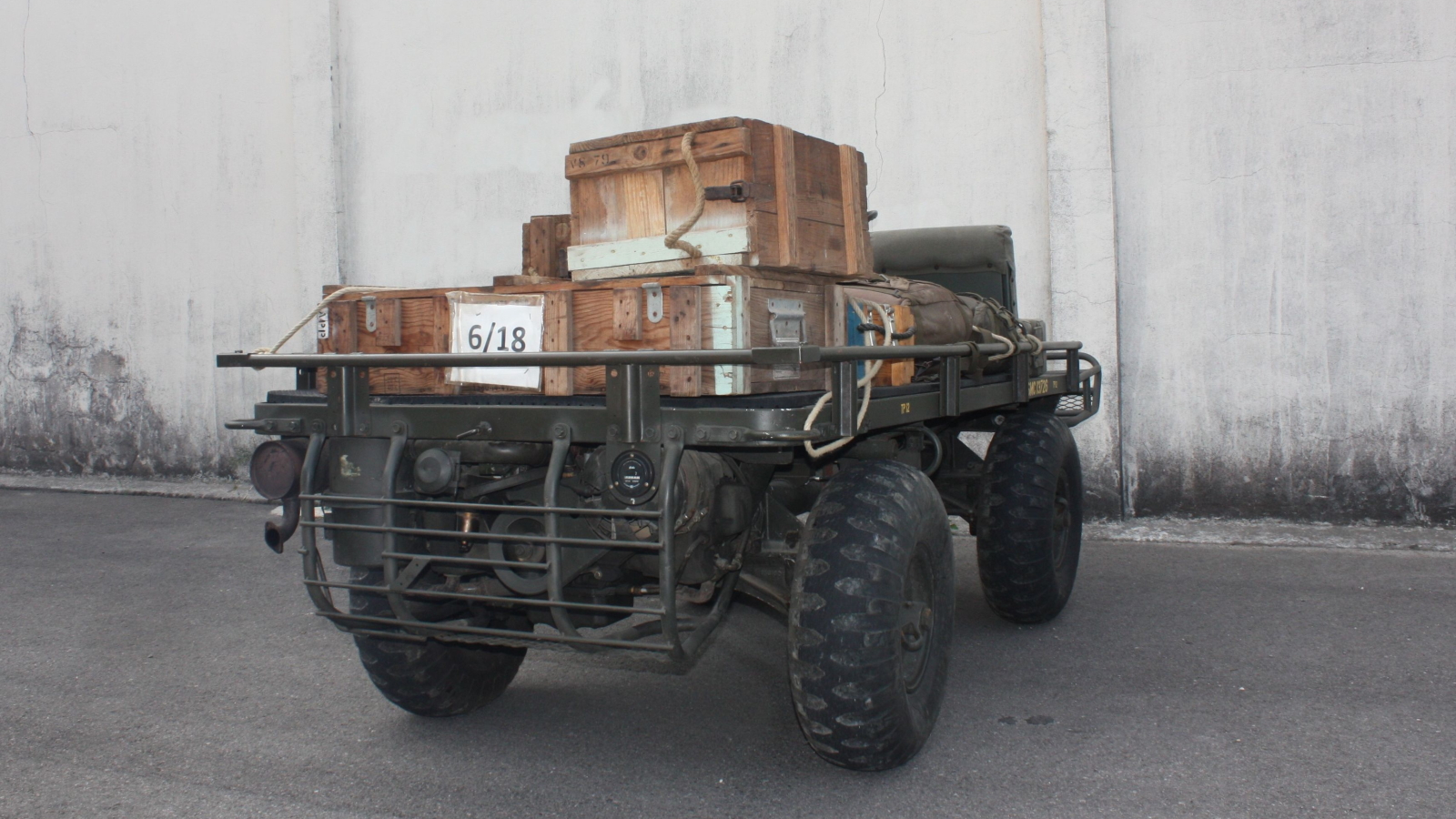 With 11,240 made over a 14-year production span, the M274 is rare, and its seriously quirky design should be a hit at any cars and coffee you roll up to. Mind you, progress to said cars and coffee will be incredibly slow. Due to having just 16 horsepower on tap, top speed clocks in at an eyeball-scrambling 25 mph. 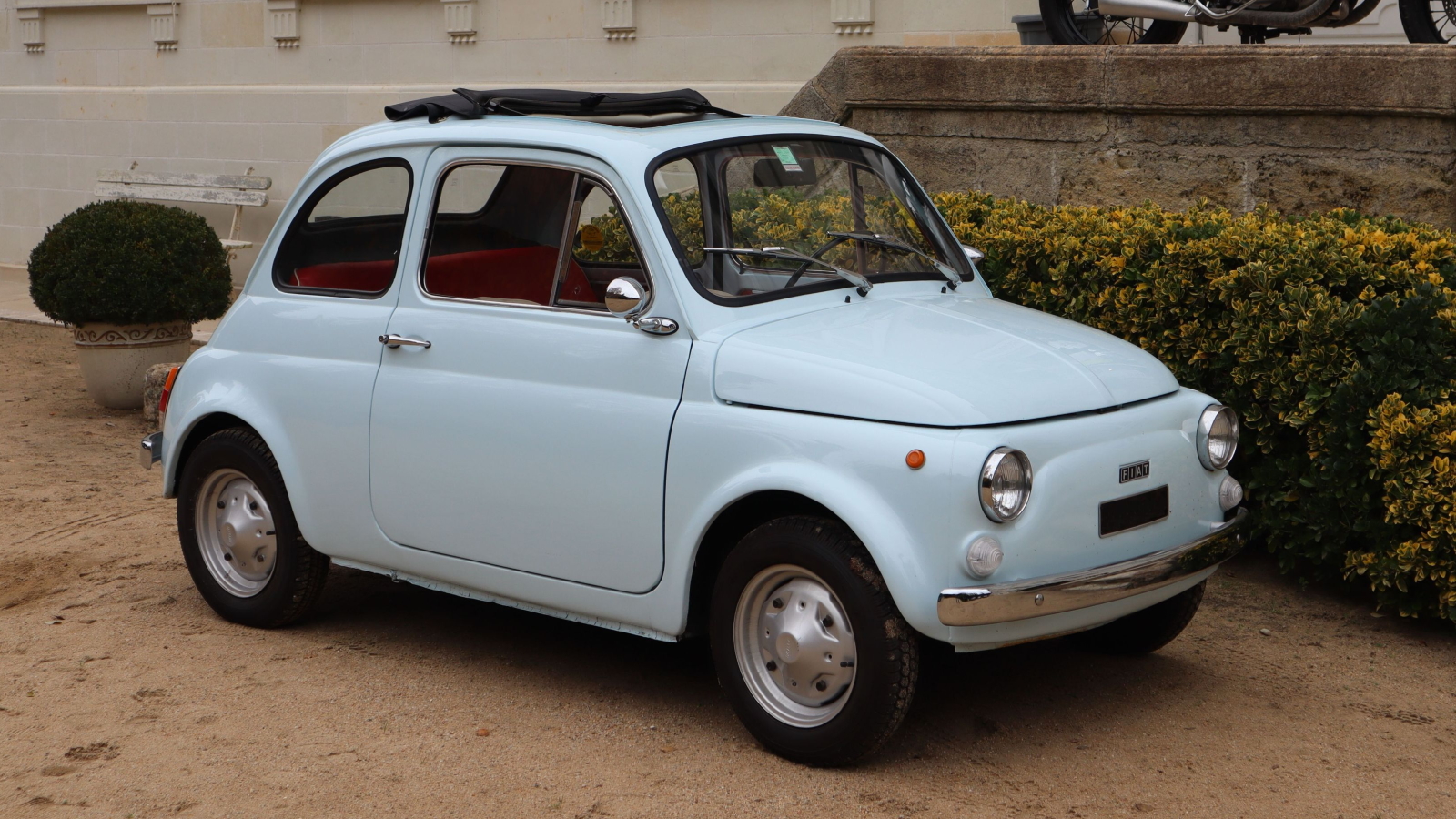 If you’re a sucker for the classics, this Fiat 500 110F will make you want to grab an espresso and see if you can rock a dapper scarf. It stands with the Vespa as an icon of post-war Italy, an artifact from a time and place so stylish that many people still romanticize it. 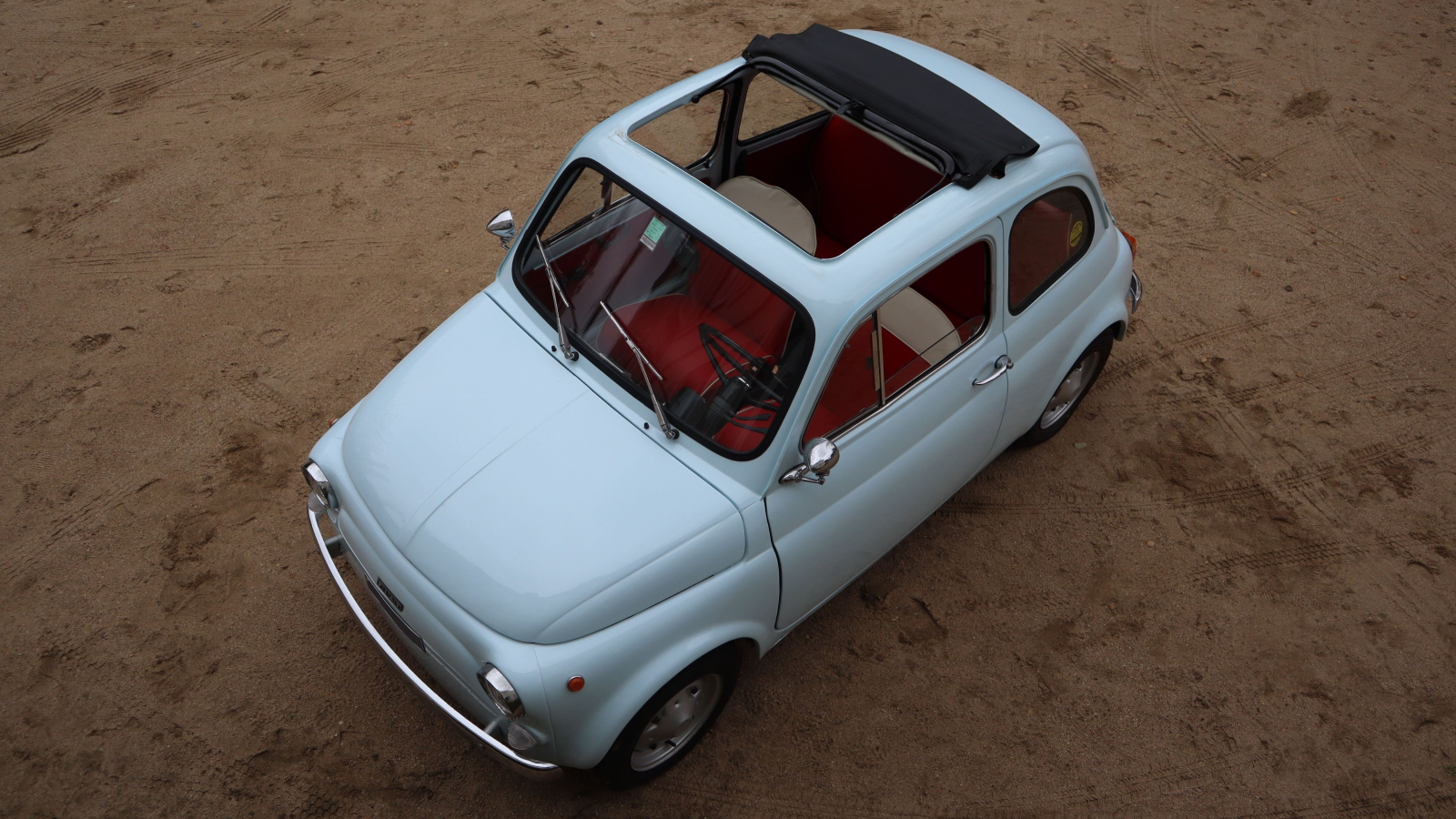 The 500 110F is a bit special as it’s the last 500 model to feature the original painted steel dashboard, but it got a whole bunch of upgrades over the early models. Output clocked in at a whopping 17 horsepower, the doors were front-hinged at last, and cruising at 55 mph wasn’t out of the question. In terms of old-world charm, the gearbox remained unsynchronized, so you’ll want to practice your double-declutching if you want to drive one of these things smoothly. 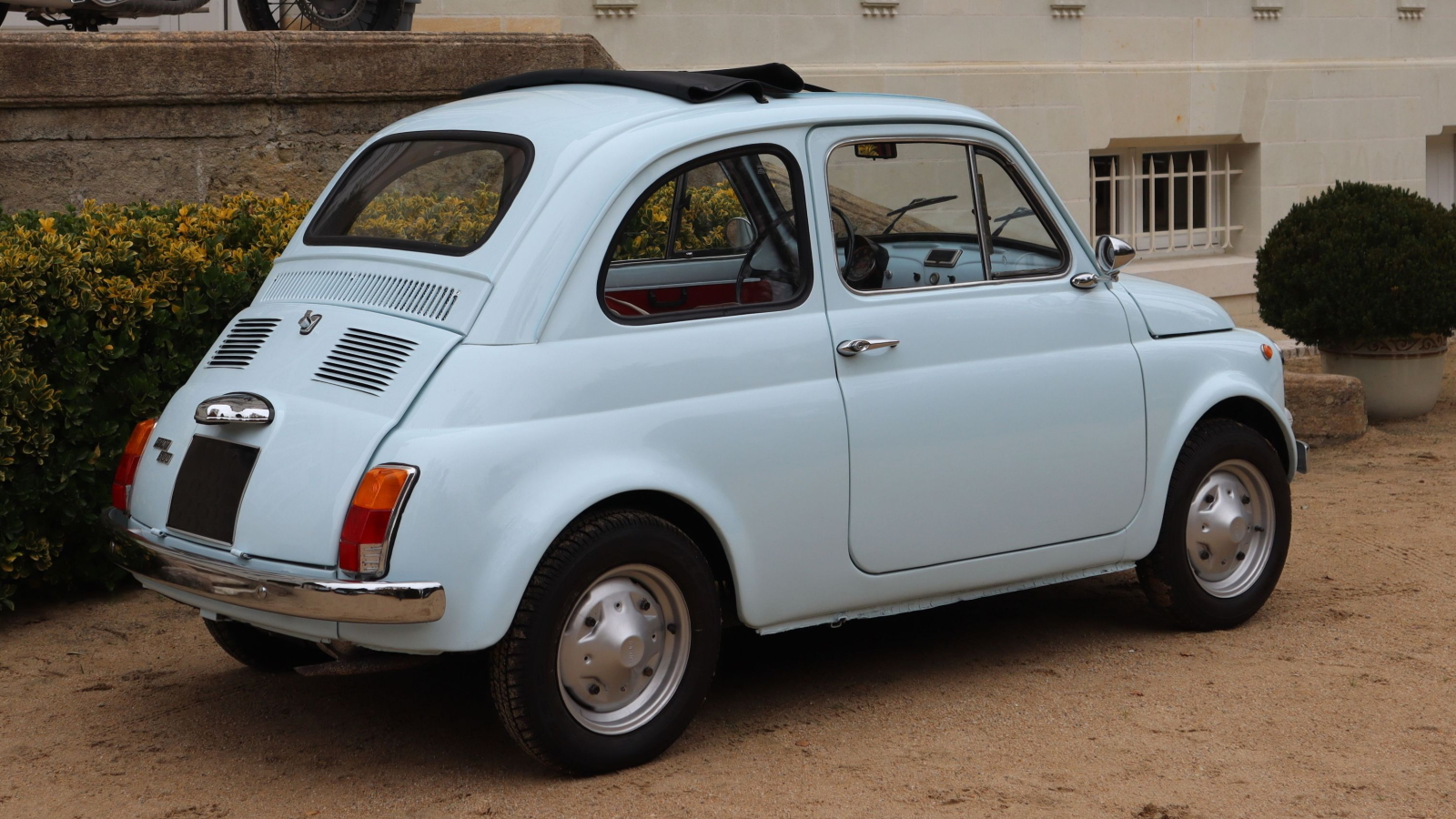 This particular example feels just about perfect with its mix of baby blue paint over red and white upholstery. Simple yet cheerful, I suspect that this 500 110L will bring someone a lot of joy if they can snag it below the maximum estimated price of €14,000. 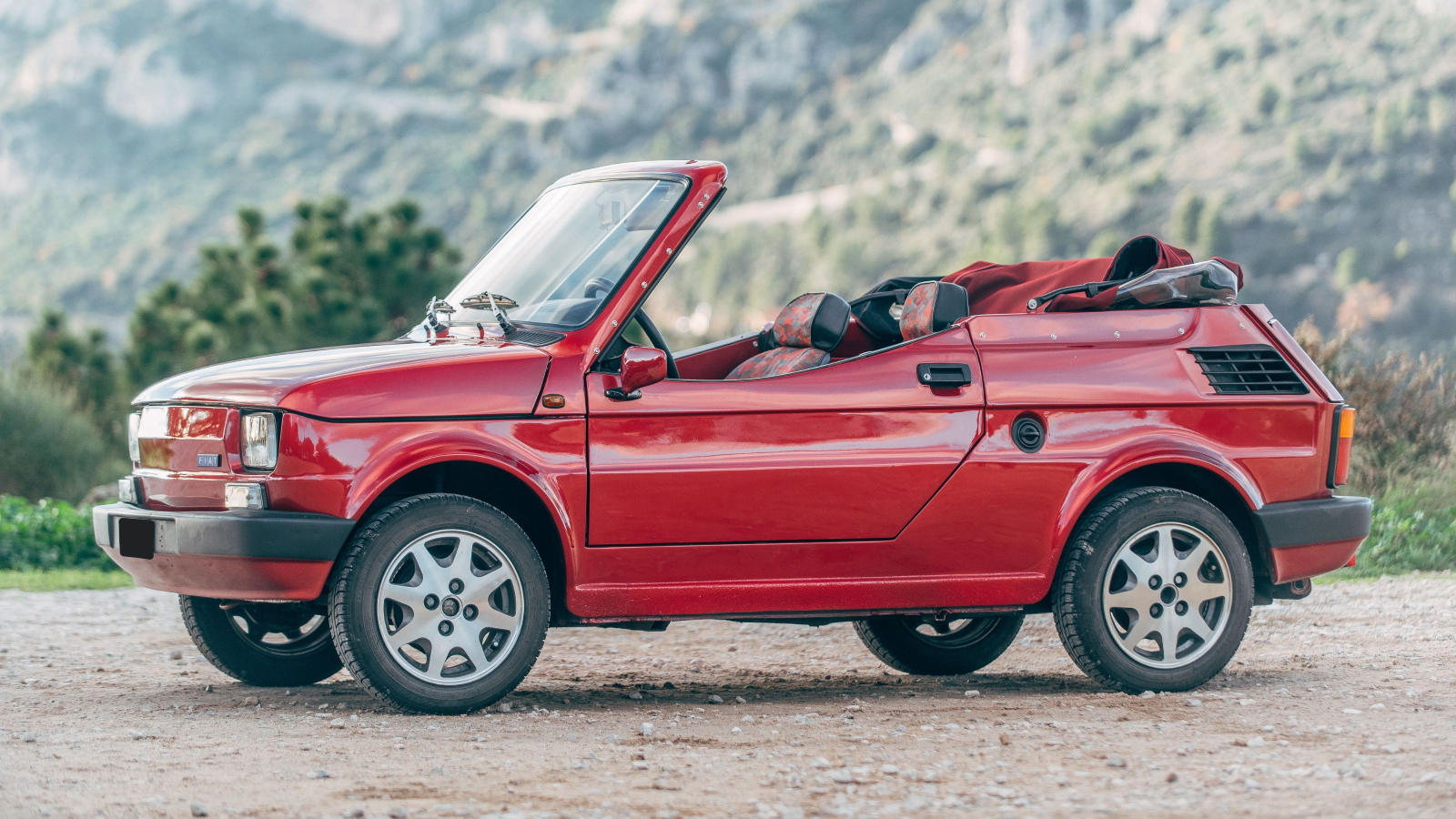 Alright, so this one isn’t eligible for American importation quite yet, but that’s just an excuse to spend a year or so on a Mediterranean beach working remotely while waiting for this thing to be legal. With a car like this, who wouldn’t want to feel the sand beneath their toes? 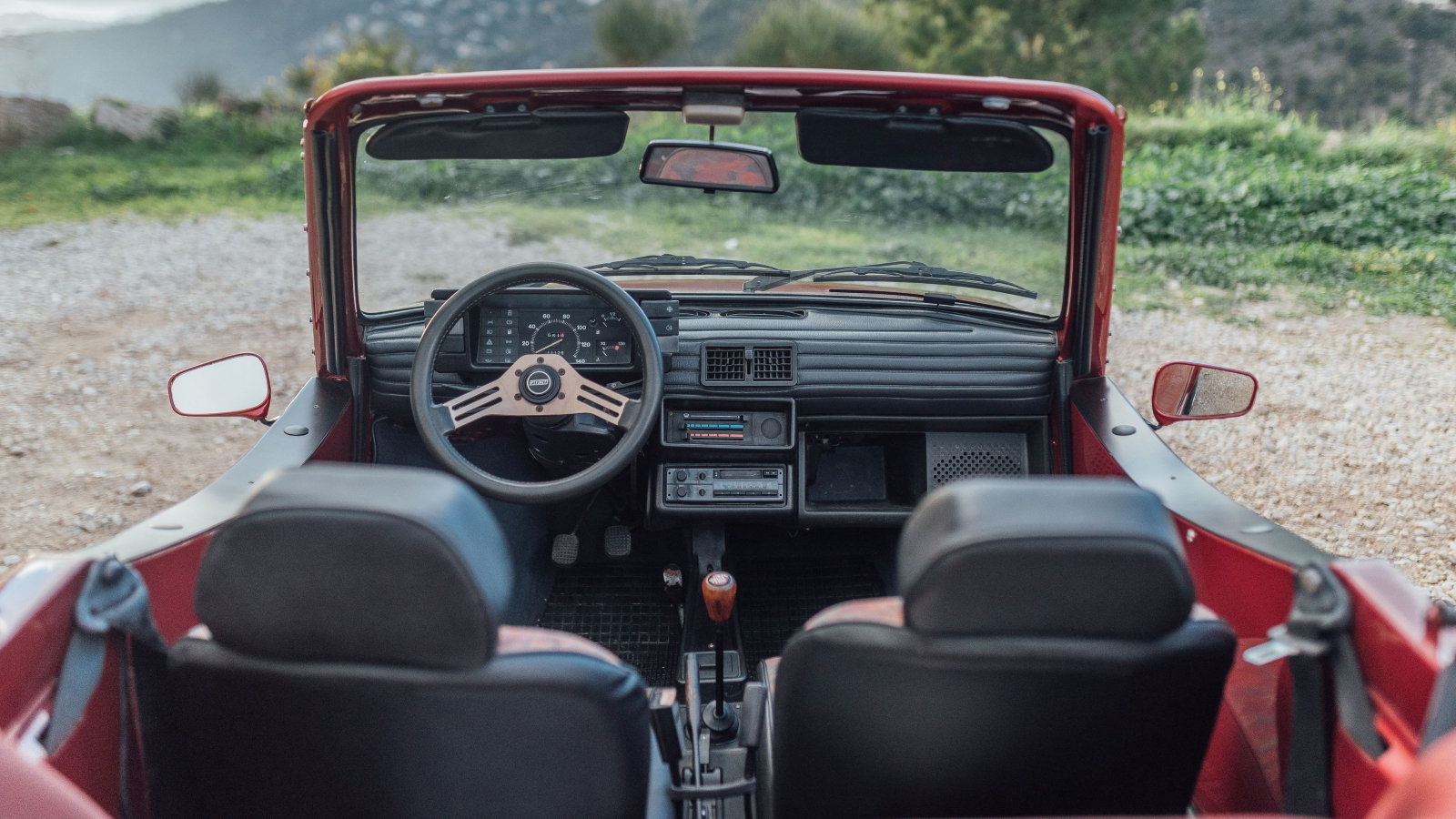 While the 126 doesn’t conjure up images of La Dolce Vita quite like its Fiat 500 predecessor, it’s still an important car of the people. Despite being launched in 1972, production under Fiat Auto Poland ran until 2000, a seriously impressive feat. More than 4.6 million of these things were made between plants in Italy, Poland, Yugoslavia, and Austria, a rousing success by any measure. 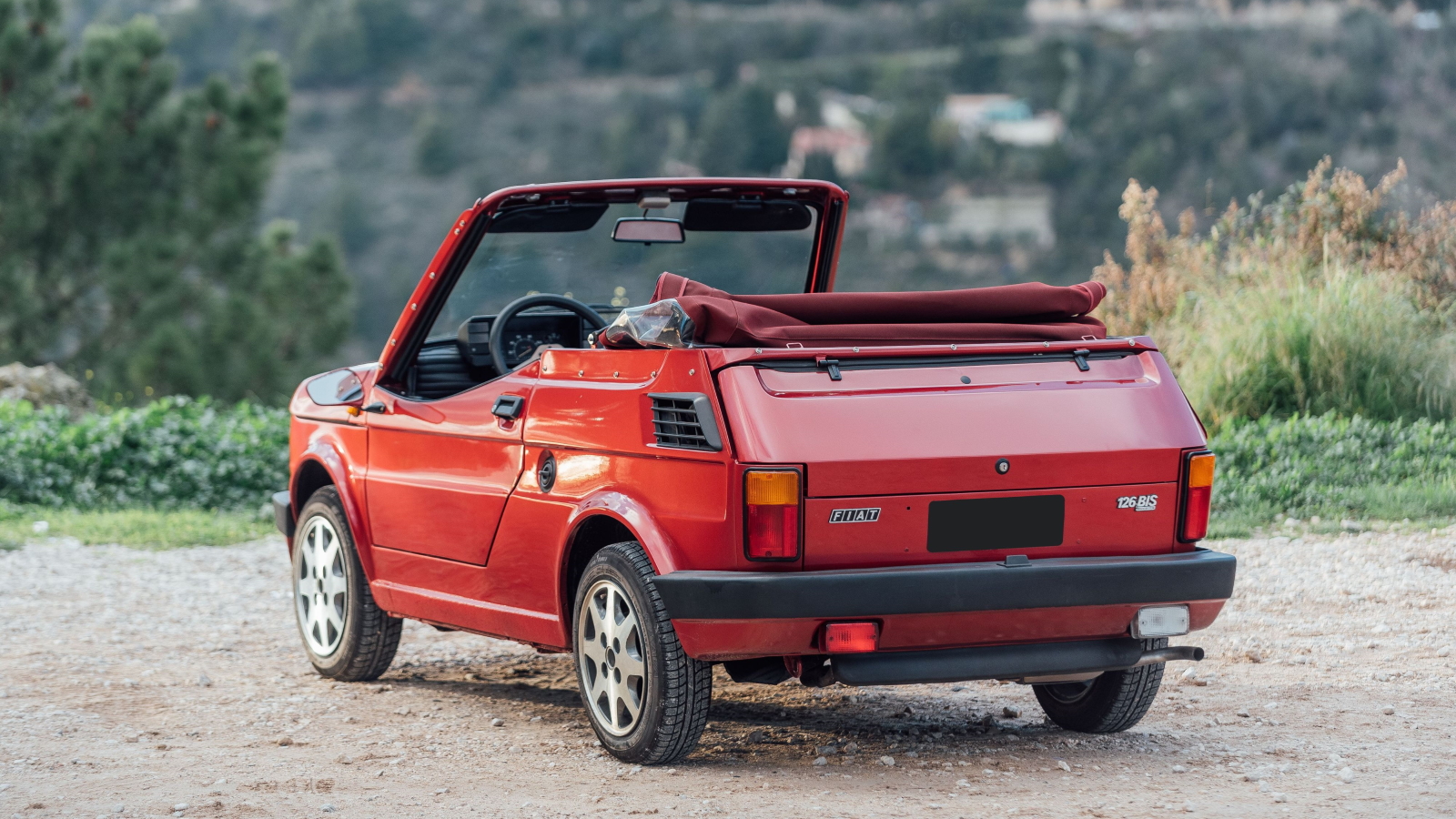 With just 10,071 kilometers on the clock, this thing is basically brand new. While the 704 cc two-cylinder engine making 26 horsepower ensures that journeys are leisurely, consider slow acceleration as something that gives you more time to take in the scenery. Speaking of taking in the scenery, this 126 has been decapitated by a company called Pop. It’s now a proper four-seat cabriolet just like a Bentley Continental GTC. With an expected top-end price of €15,000 and no reserve, this 126 is most certainly one to watch at Retromobile. 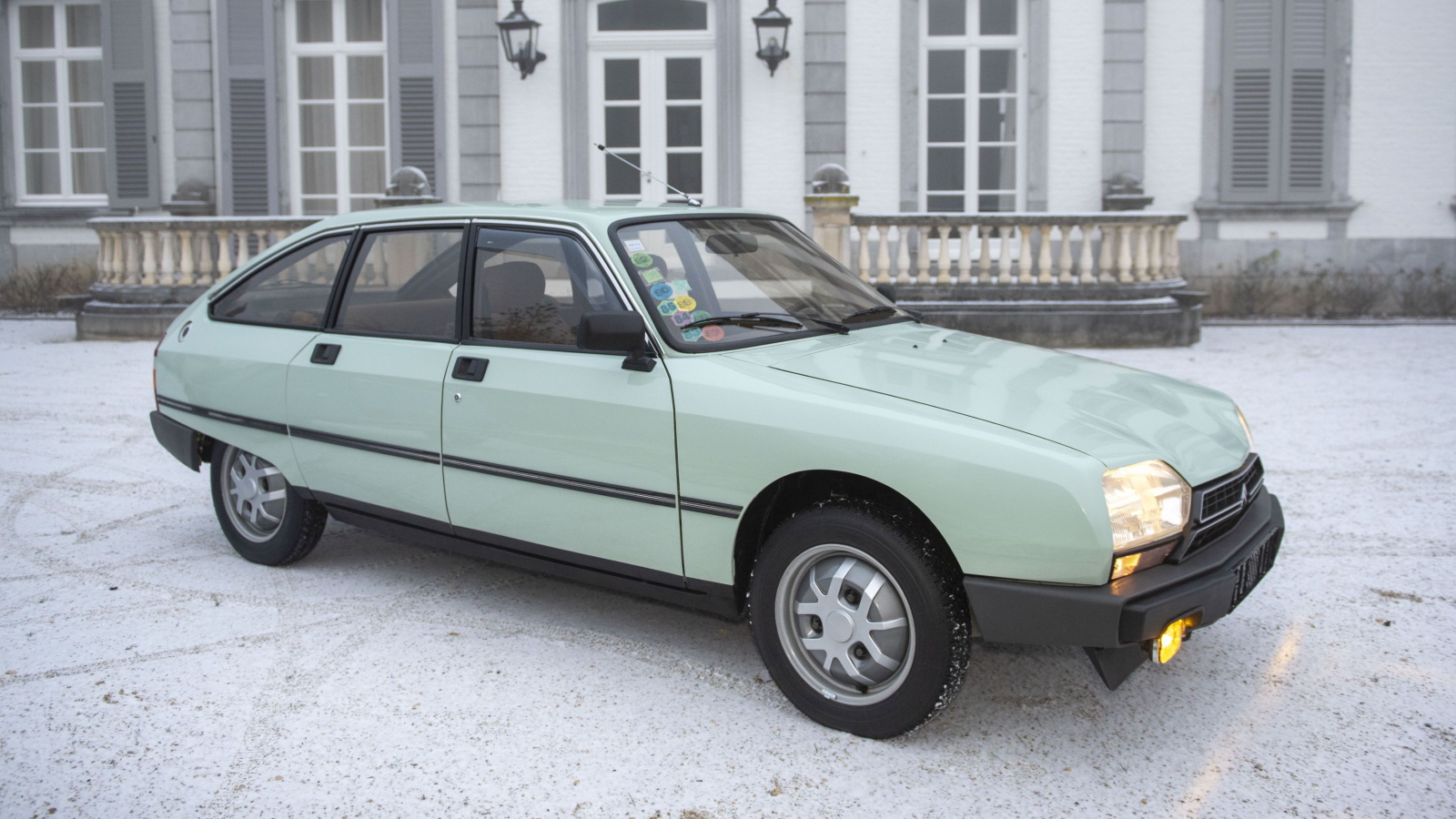 While it’s fun to see the occasional Lamborghini Countach or Mercedes-Benz 300SL, nothing gets car nerds going like an immaculate example of a fairly normal car. While a Citroën GSA is practically a spaceship by North American standards, it was a lot more normal in France. 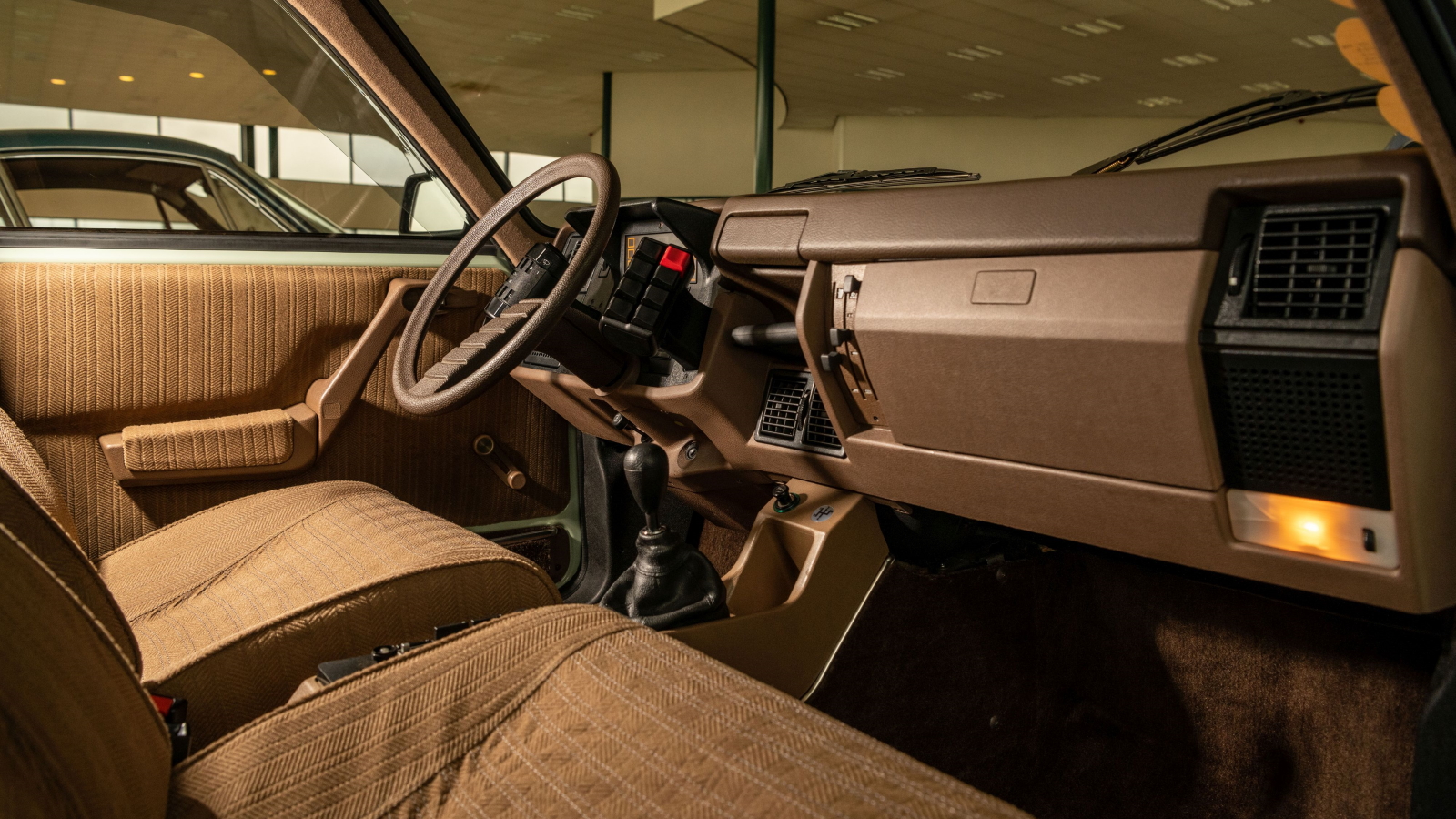 Yes, despite featuring an air-cooled flat-four engine and being launched as a product of impending bankruptcy, the GS and later GSA was Citroën’s best-selling products of the time. After all, what’s not to love? With four-wheel independent suspension, four-wheel disc brakes, and hydropneumatic suspension, these cars packed a lot of DS-like goodness into a smaller, more affordable package. 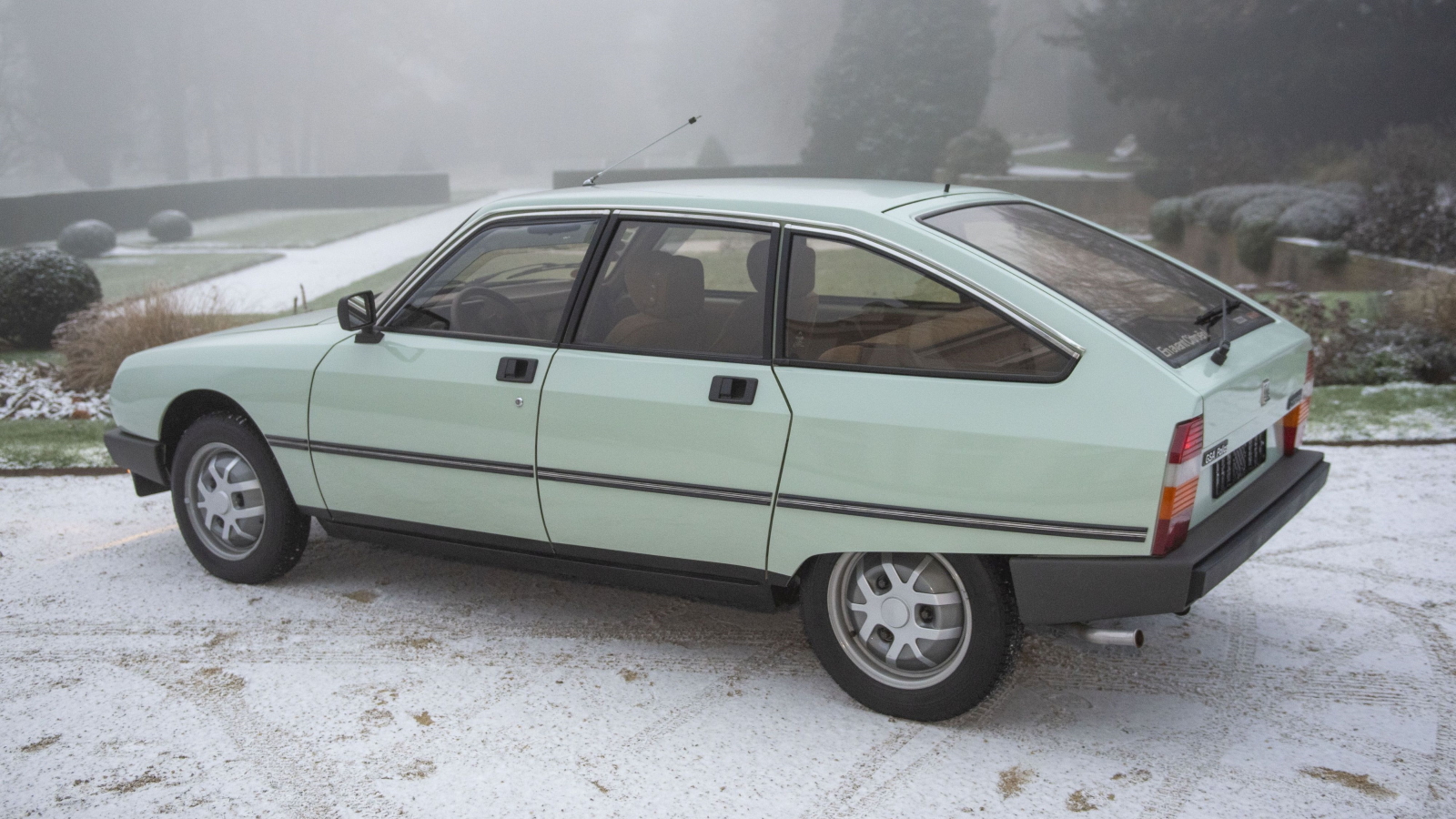 This particular GSA has covered just 3,434 kilometers from new, and that’s not a typo. The first owner kept it until his death in 2015, and the car has been part of two collections since. I’d absolutely love it if this car could talk, for the stories it could tell are likely ones of love. While a maximum estimated price of €20,000 sounds like a lot for a normal old family car, finding a GSA in this condition is simply astounding.

So there we are. The five cheapest functional cars that should cross the auction block at Retromobile. All of them are absolutely exquisite, yet most of them should cost less than a base-model Honda HR-V. Of course, “should” is doing some heavy lifting here as the collector car market has been incredibly inflated over the past few years, but things seem to be slowing down a touch so there’s still reason to have hope. If you want to see everything being auctioned off on Feb. 3 and 4, hop on this link and check out the astounding array of amazing cars up for grabs.

Citroën Is Making Another Batch Of Their Goofy $10,000 EV Beach Buggy

The Amazing And Mysterious Citroën DS Taillights Were As Daring As The Whole Car: Today’s Taillight

Thomas is a Nu Rave-blaring, heel-toe downshifting, maple syrup-swilling, chassis-geeking, junkyard parts-hauling, floppy-haired scenester who's been writing about cars since college. His current ride is a 2006 BMW 325i with the six-speed manual gearbox. Instagram: @thomas.hundal Twitter: @thomashundal
Read All My Posts »
PrevPreviousTravis Pastrana Salutes Ken Block With Throwback Rallycross Livery
NextOur Daydreaming Designer Shows Us Why David Should Have Taken That Ridiculous Houseboat Trade For His $700 Chevy TrackerNext