Facebook-f Twitter Instagram Rss
Menu
Menu
Home » Saab Turbo, Chrysler Wagon, Or Ford Work-Truck: Which In This Triumvirate Is Your Shitbox Of The Week?

Saab Turbo, Chrysler Wagon, Or Ford Work-Truck: Which In This Triumvirate Is Your Shitbox Of The Week?

It’s Friday! We’re at the end of our second week, and we have three finalists to choose from. “Hang on,” you’re saying, “Whaddaya mean three? There are four days between Sunday and Friday, four Shitbox Showdowns, and thus four winners.”

True, yes. But as I said before, I’m not including that glorious yellow Corvair that David found in this weekly finals competition. We here at Shitbox Showdown, Inc. have a strict $2,500 price cutoff, and I’m sorry, but the Corvair is over the line. This ain’t the wild west; this is Shitbox Showdown. There are rules.

But before the final vote, we need find out who our last finalist is, between that sweet V8 Chevy pickup and the straight six Ford:

The Ford has it. It’s hard to say no to a basic, no-bullshit truck like that ’93 F-150. Lots of people thought the Dreamsicle-colored Camper Special Chevy would make a great project, but “work truck” was the assignment, and for those purposes, the stick-shift F-150 is the right tool for the job.

So that leaves us with three vehicles, and as luck would have it, all three fit nicely into what I think of as the Gearhead Triumvirate: three vehicle archetypes — the project, the daily driver, and the truck — that work together to form one perfect automotive fleet. They complement each other, pick up each other’s slack, and when seen as one unit, make beautiful music together in any garage. Kind of like a power trio, but you know, a good power trio, like Rush or Sleater-Kinney, not like your cousin Randy’s band whose name we can’t print here.

But even though I am of the opinion that you need all three, we are here to pit them against one another. So let’s take another look at our finalists: 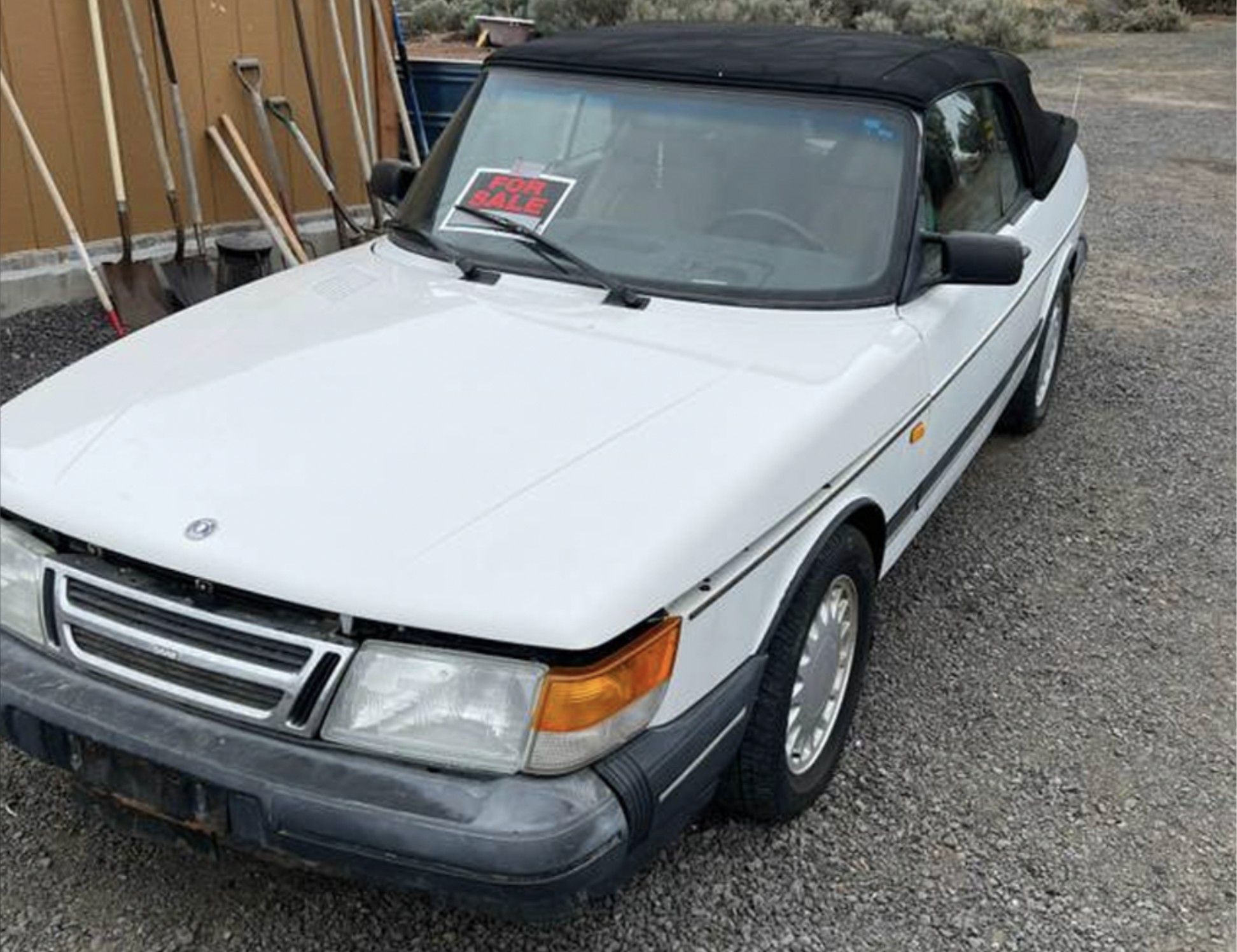 This old Saab beat a très rare diesel Peugeot by a handy margin. The combination of convertible, turbo, and stickshift was hard to resist, and this Swedish bucket of weird took home the gold. 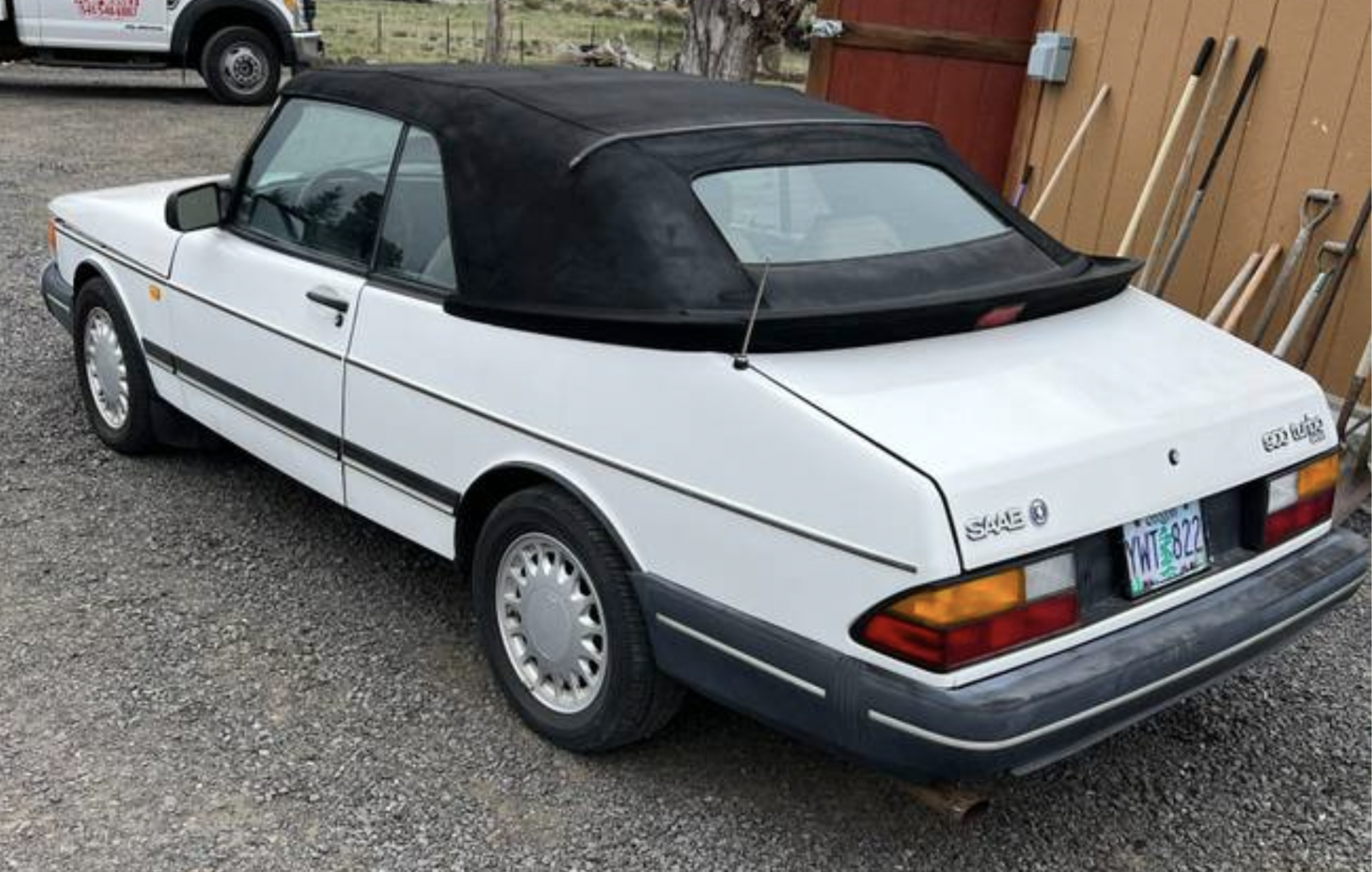 Personally, I don’t think I’d want it; eight years of Miata ownership cooled me on the whole convertible experience for a while. On a perfect day, with the top down, cruising along, it’s magical, but the rest of the time it’s kind of a pain in the ass. Still, I can see this old Saab being a great weekend trip machine for someone. Just don’t let Thomas Haden Church drive. 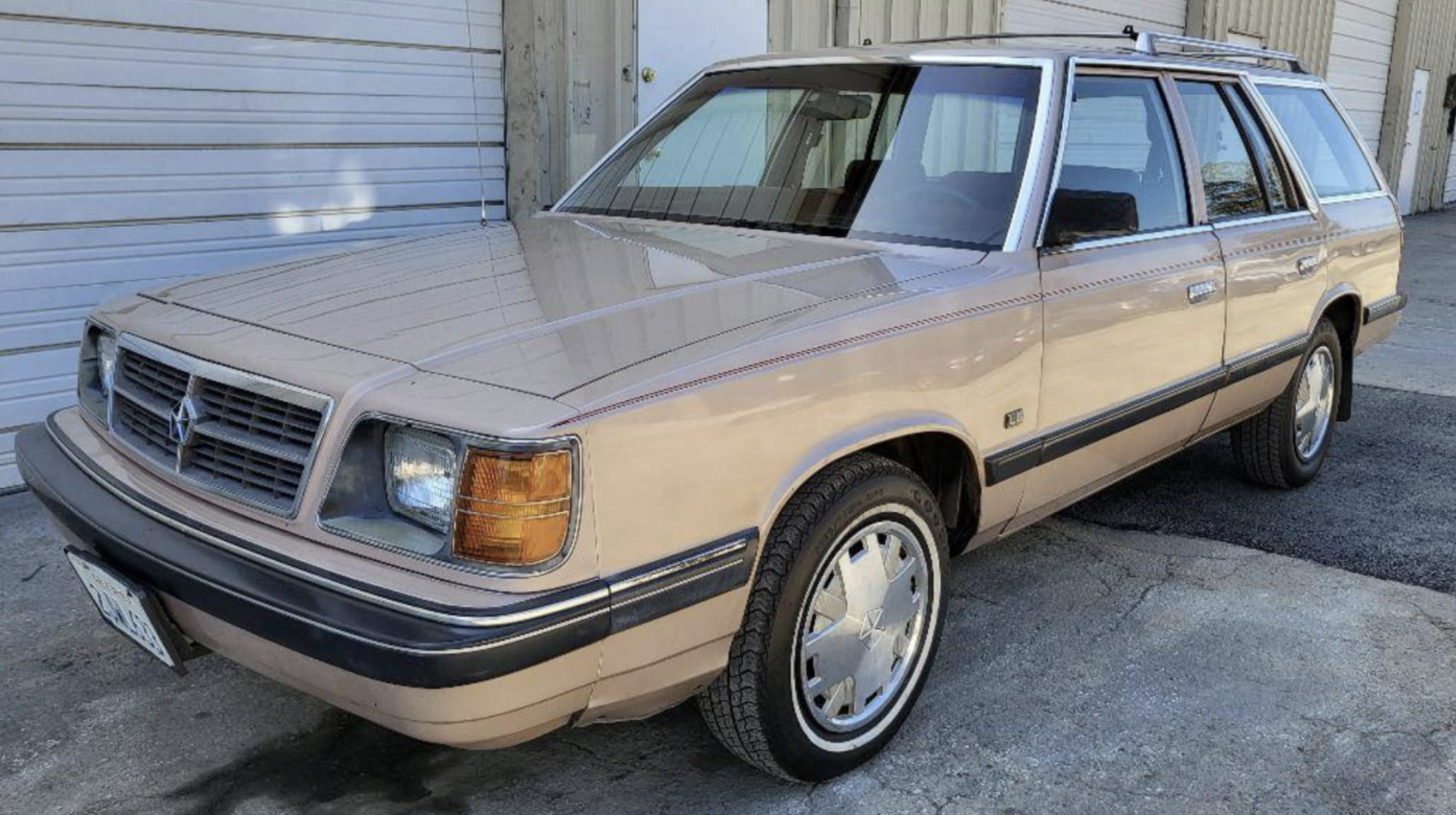 Super-clean but about as exciting as plain oatmeal, this grandma-mobile Dodge beat out a fancier but rougher Plymouth Acclaim for top K-car honors. Everybody had a story about these: their mom/dad/aunt/friend/dog groomer owned one, and it was awesome/crap/slow/indestructible/boring. As with most things, I think the truth lies somewhere in the middle, and as our buddy Torch might say, the most accurate description of this car is probably “Meh.” 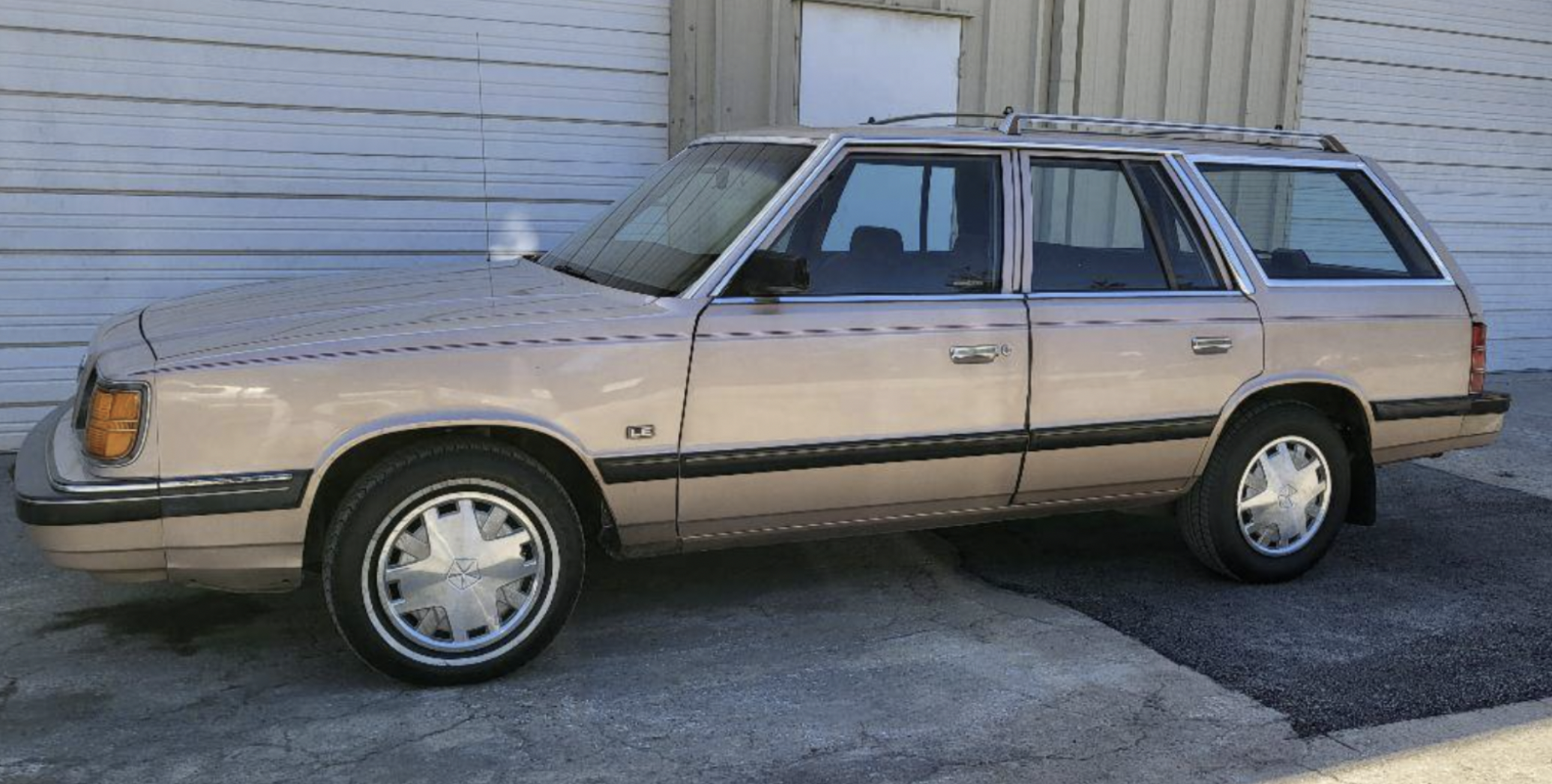 But you know what? “Meh” can be very pleasant sometimes. Cars like this that we remember from our childhood are like automotive comfort food, a big serving of Mom’s meatloaf and mashed potatoes, and there’s nothing wrong with that. Not every car needs to set a Nürburgring record. Sometimes it’s nice to just take it easy. 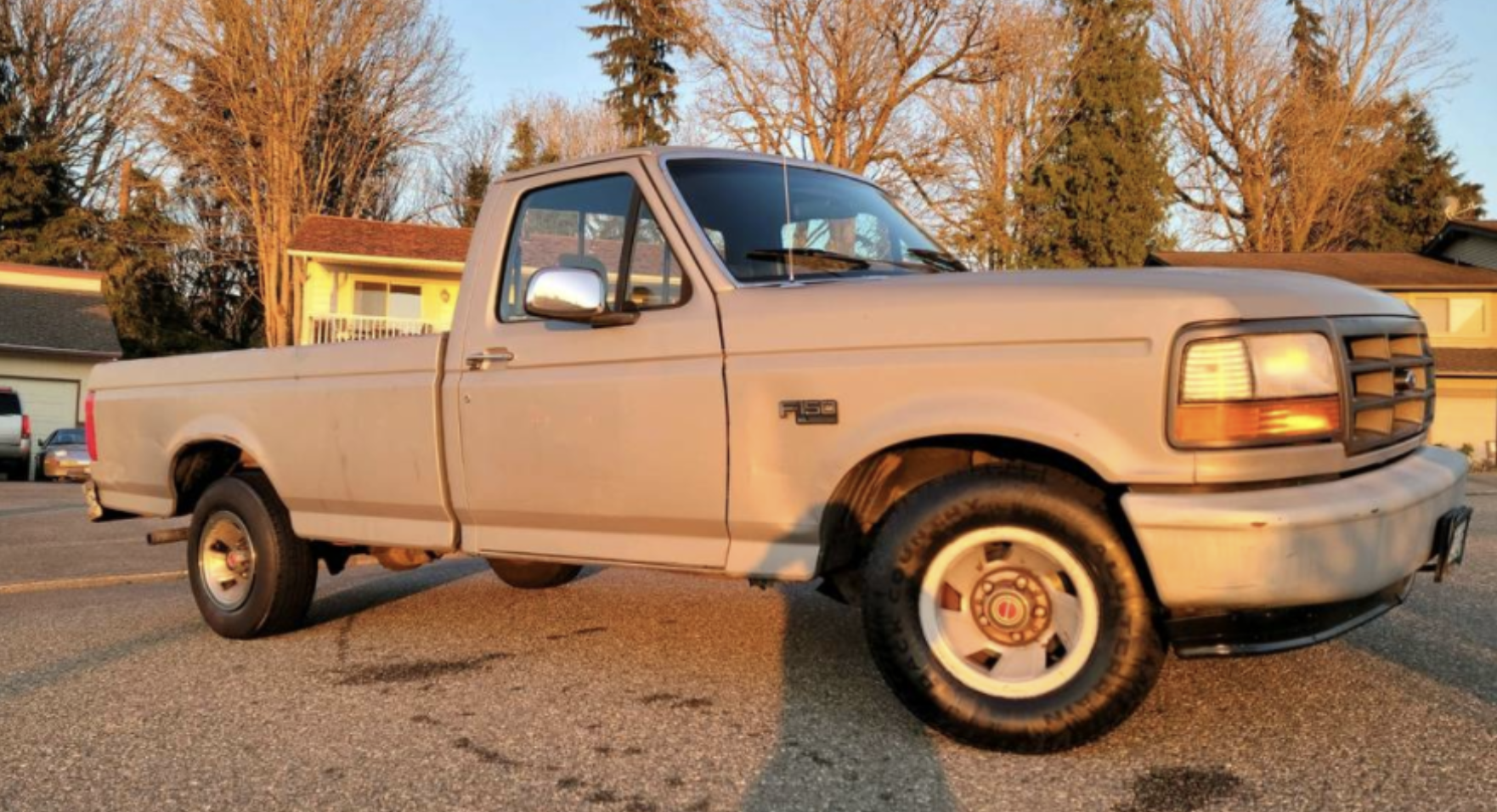 Yup. That’s a truck, all right. Bench seat, long bed, simple engine, radio that only picks up the country and classic rock stations. Honest, sturdy, dependable, and humble. Hank Hill would drive a truck like this. (Actually I think his is a Ranger, but close enough.)

And you know what? I’d drive a truck like this too. In fact, I have a truck similar to this, except mine’s a Chevy [Editor’s note: That sentence was pure blasphemy. Sorry, readers. -DT]. But when you get right down to it, brands don’t matter so much when it comes to a good truck, no matter what your uncle says [Editor’s note: Oh god they’re getting worse. -DT]. What matters is that honesty, that soul, that let’s-go-get-shit-done vibe. And this old Ford has that in spades. [Editor’s note: I can roll with this. -DT] 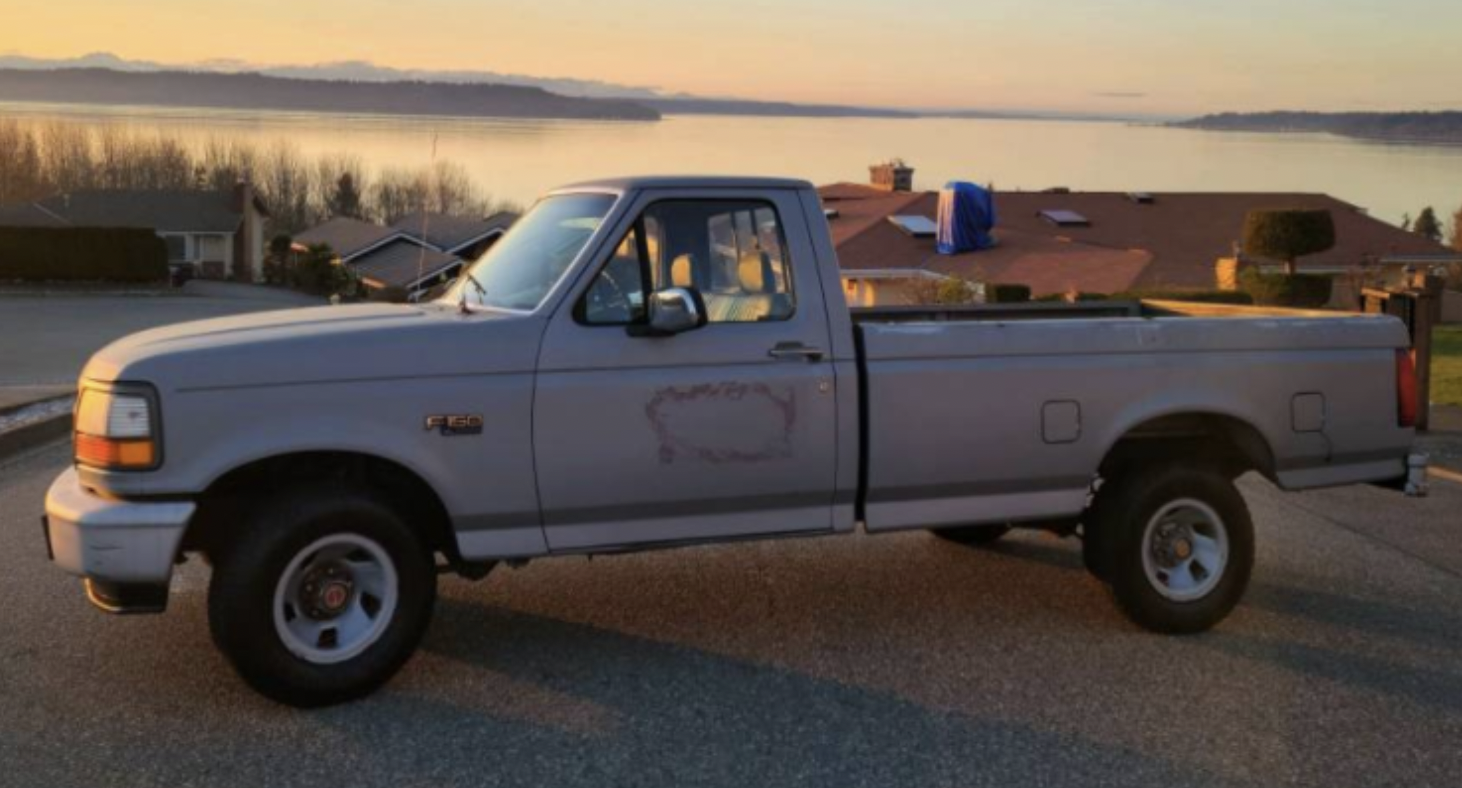 And there they are. Choose wisely. Join us next week when we’ll be searching for the cheapest viable daily driver in each of four different cities, and finding out which one is the best beater. See you then!