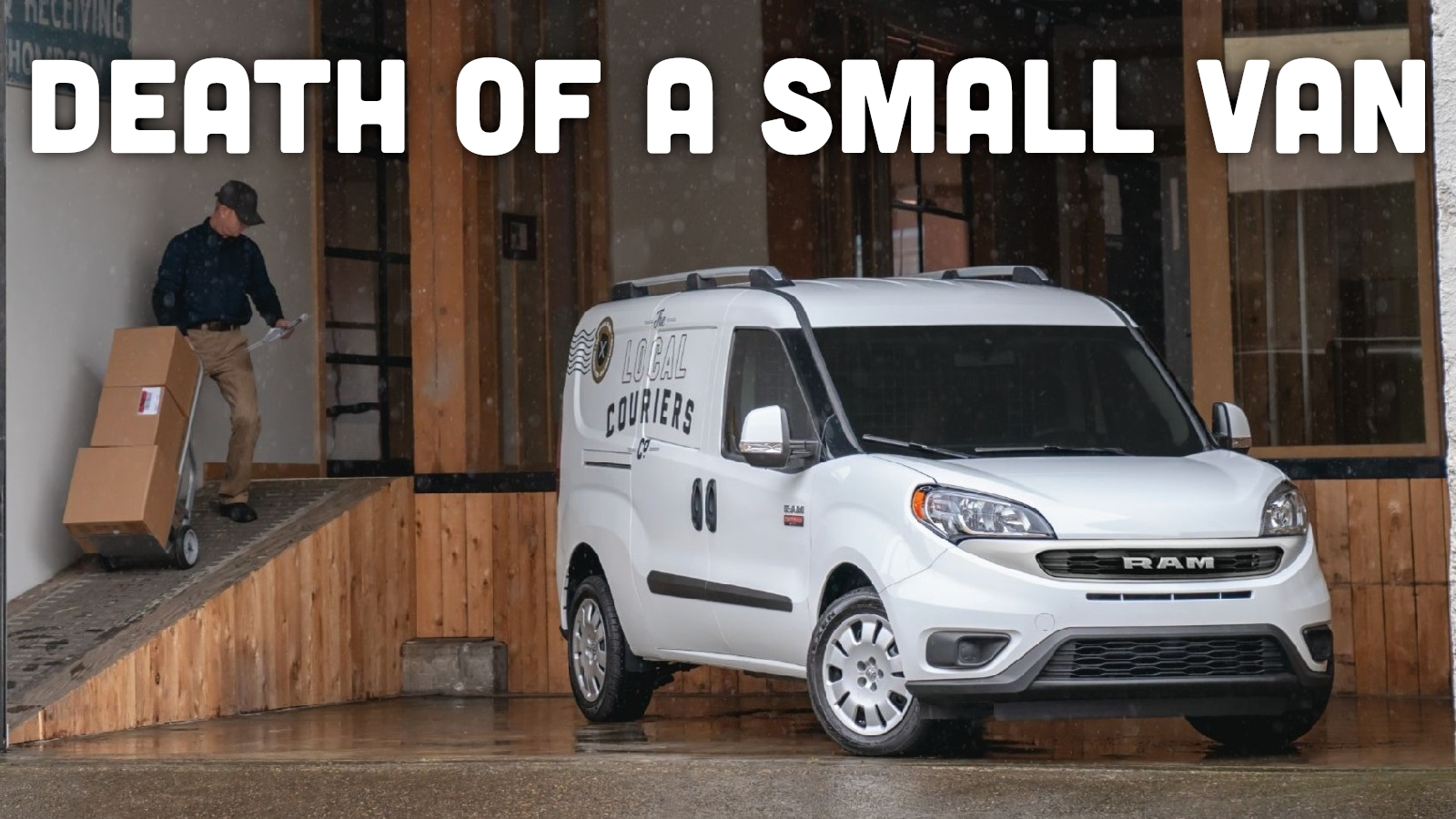 Commercial operators with a desire for small vans are about to have a little less choice in the marketplace. As a new report indicates, Stellantis plans on killing the Ram ProMaster City at the end of this year to focus its commercial van efforts on its larger van.

The market for small commercial vans in America is dwindling. For a while, Americans could get their hands on a commercial van that wasn’t just a minivan with blanked out windows. In 2009, Ford started bringing over its Transit Connect. Nissan followed it up with the NV200, with General Motors badge-engineering it into the Chevrolet City Express. Mercedes-Benz made a showing with the Metris, and Ram arrived on scene with its ProMaster City. If you needed a small commercial van, you had a bunch to choose from. Now, they appear to be going away.

Chevrolet was the first to leave the market when the City Express was discontinued in 2018. The Nissan version of the same van marched on until 2021. You can still buy Ford’s Transit Connect and a Mercedes Metris, but both are reportedly dying off in 2023. That leaves us with the Ram ProMaster City. The van, a variant of the Fiat Doblò and replacement for the commercial version of the Dodge Grand Caravan, debuted in 2015. But now, as Automotive News reports, 2022 will be its final model year.

We’ve done some digging, and it appears that once the Transit Connect and Metris are gone, America will be left without a small commercial van. The cargo version of the ID. Buzz is reportedly not coming to the States and who knows if or when we’ll see those wild Canoo vans. But why? Why are these vans disappearing?

According to Dave Sowers, head of Ram Commercial, it’s because the ProMaster City wasn’t exactly a hot seller. From Automotive News:

“That particular segment has shrunk every year for the last four or five years, and it’s overall become very difficult from a regulatory environment and also from that volume-commitment perspective.”

“So we’re really refocusing all of our efforts in the commercial van segments over on the ProMaster.”

Automotive News goes on to describe those sales:

Sowers notes in the Automotive News report that buyers are drawn to the ProMaster City for its good fuel economy. However, as the sales data shows, more commercial buyers seem to prefer the space and utility of a larger work van over the fuel economy of a small one.

Still, there is a market for these vans, even if it’s a fraction of the bigger vans. What options will those people have in the future? Sowers expects the economy-conscious buyer of a ProMaster City to be drawn in by the bigger electric ProMaster. That van is set to arrive next year. Over at Ford, the Transit Connect may be dying, but the Transit lineup includes its own battery-electric version.

As for the ProMaster City, the Turkey-built van was actually supposed to be killed off in 2021. But Stellantis kept it alive for just one more year. If you’re the kind of person who likes your commercial vans small, Stellantis says that dealership deliveries will continue into early 2023. After that, the chapter of the ProMaster City will be closed.

Mercedes is a lifelong fan of all things powered by an engine. When she isn't driving one of her five Smart Fortwos or her 14 other vehicles she could be found in the cockpit of a Cessna 172 or perhaps swimming in any body of water that she could find. She also has a deep love for buses of all kinds. Please send her buses. mercedes@theautopian.com Instagram: @mistymotors Twitter: @Miss_Mercedes30 Facebook.com/neonspinnazz
Read All My Posts »
PrevPreviousOur Daydreaming Designer Re-Imagines Vector If They Made Amphibious Supercars
NextThese Are The New Rules Of What Makes A Car A Station WagonNext