Facebook-f Twitter Instagram Rss
Menu
Menu
Home » The Autopian Is Headed To One Of The Largest RV Shows In America. Here’s What You Can Expect

The Autopian Is Headed To One Of The Largest RV Shows In America. Here’s What You Can Expect 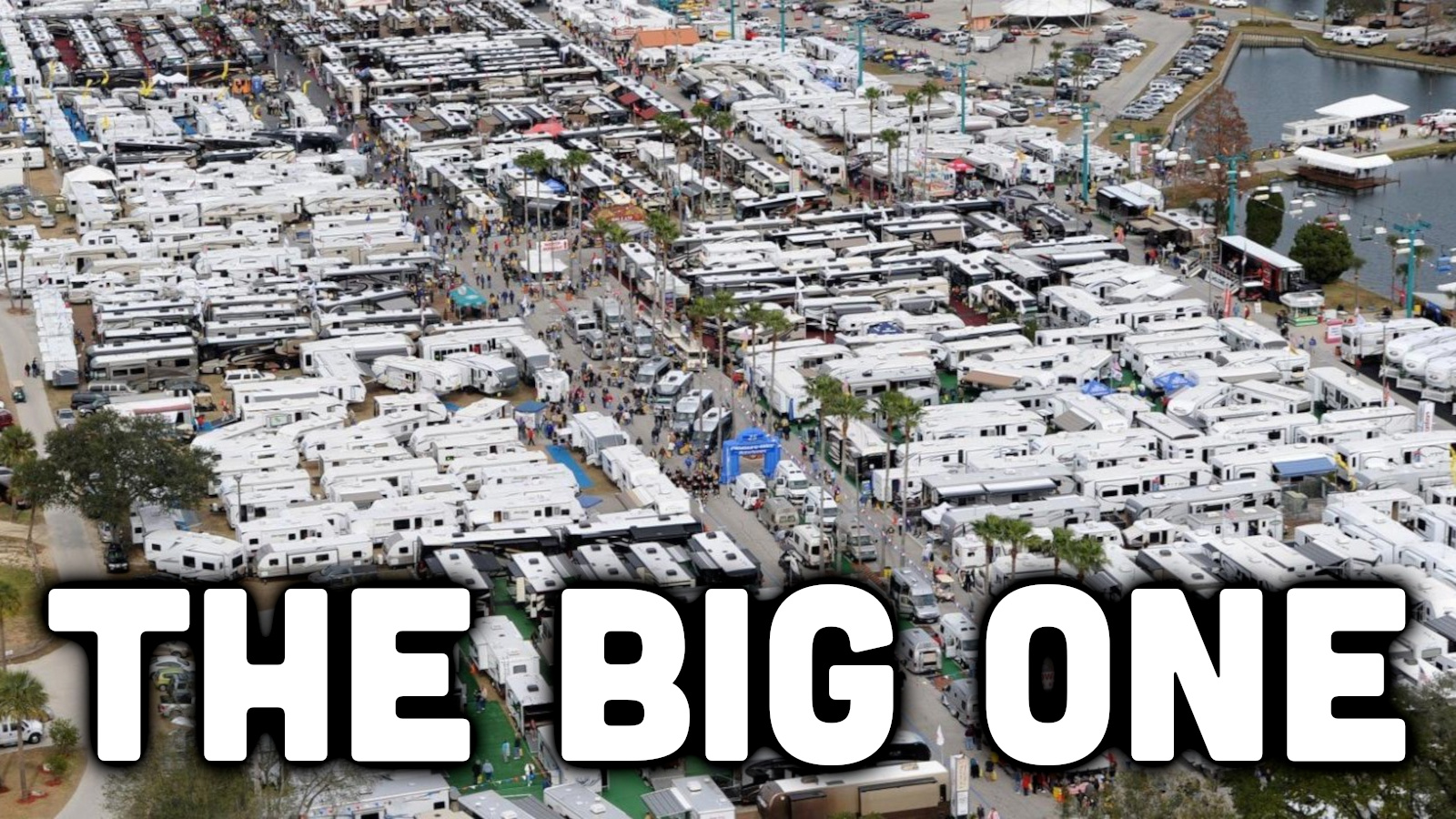 As calendars flip over to a new year, many RVers in America look forward to another season of travel and smiles. For organizers, it marks another year of RV shows, and there are many of them. We’re headed to one of the largest and most popular RV shows around. Next week, I’ll be showing you the coolest RVs and most innovative camping tech from the 2023 Florida RV Supershow from Tampa!

Considering how empty the 2022 North American International Auto Show was, some of you may be wondering why I’m even bothering to leave Illinois to walk around a state fairground in Florida. With how much information you can get online, it seems that there really isn’t a need to see vehicles in person anymore. At least in my eyes, RVs are different. There are things that you cannot get a firm grasp on without actually being there in person. Press photos often don’t give you a good idea of how big a camper actually is, and you’re going to want to touch and feel things. So, I think that RV shows are still a great idea, and here’s one reason why.

A Possible Shift In RV Buying 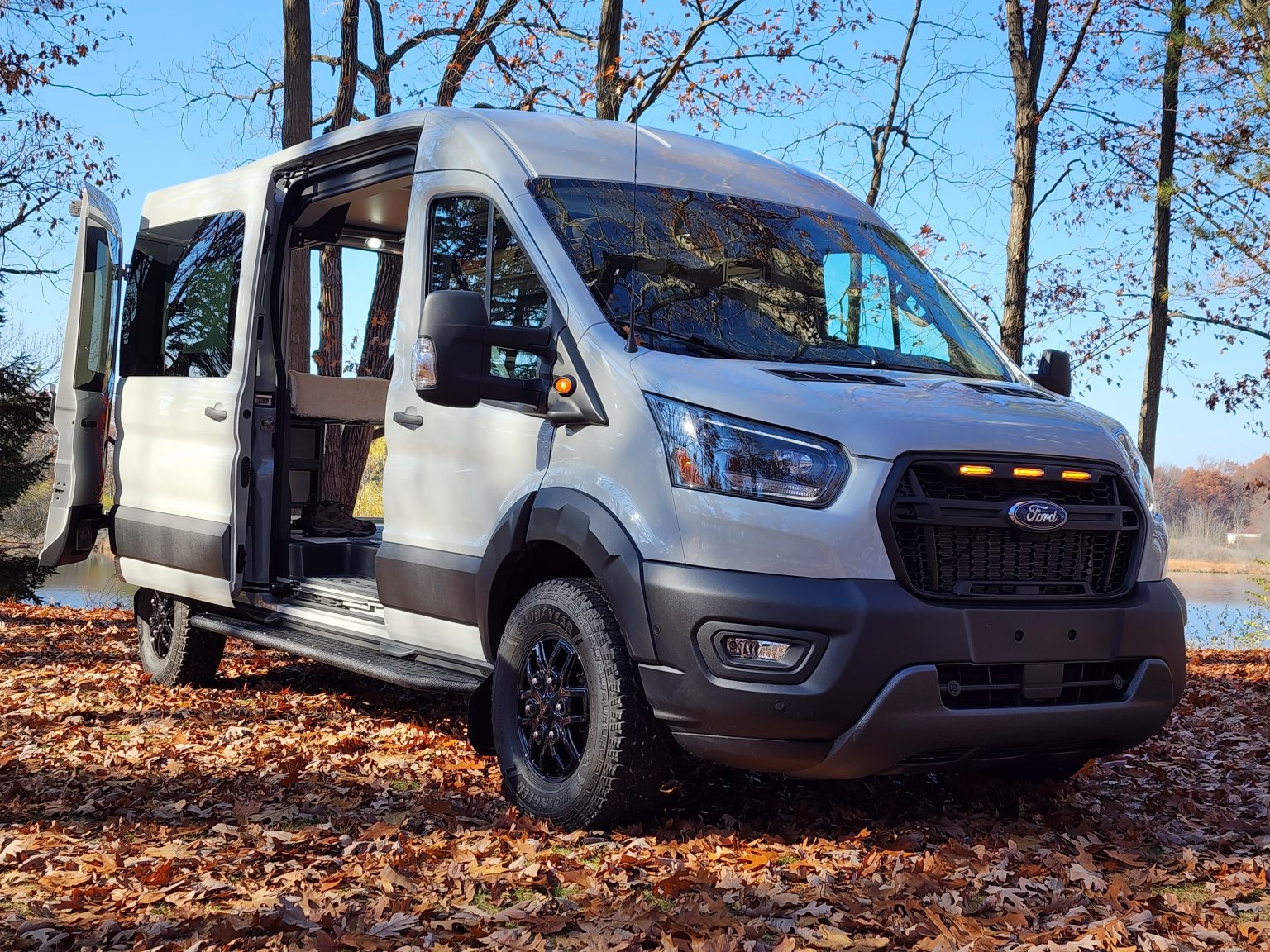 The RV industry is going through a bit of an interesting turn right now. When the pandemic hit and closed down cruises, resorts, and theme parks, Americans decided to hit the road. Many of these people decided to do it in an RV. The rise of working from home also helped propel people into RVs. After all, if you’re going to work from a laptop, why do it from a boring apartment? You could work from anywhere you could get internet. It’s no surprise, then, that RV sales shot through the roof. In 2021, the American RV industry set a new record, shipping 600,240 units. The previous record was 504,599 units, which was set in 2017.

At first, the RV Industry Association believed that the ingredients were there for 2022 to continue 2021’s upward trajectory. Final data from 2022 is not public yet, but there were a total of 472,691 shipments by the end of November 2022, and RVIA expected the year to finish out with 495,300 units shipped. RVIA further expects 2023 to bring RV sales back to pre-pandemic levels. According to the association, shipments in 2023 are expected to land between 379,200 to 403,600 units, with an estimated total of 391,499 units.

RVIA cites consumer finances, financial market weakness, high interest rates, and inflation as reasons for lower selling performance. This sounds like bad news, but both the RVIA and the manufacturers still see a lot of good. You may wonder why Airstream is pushing its Rangeline and why Ford is putting out a #vanlife version of the Transit with the Transit Trail when it seems like sales are on a slide.

However, when you look at the data by RV class, you start to see an interesting trend.

Travel trailers of all kinds took a sizable hit in sales last year. Folding camper trailers just barely recorded a gain, and medium-to-large motorhomes also took a small hit. Despite the sales slump in towables, truck campers–the ones that sit in truck beds–saw double-digit gains, as did Class B van campers. When I went to the Transit Trail event, Ford touted how Class Bs were seeing about 30 percent gains while other classes were seeing losses, showing a potential shift in buying behavior.

Based on this, I will also be paying attention to the van and truck offerings that are out there. The massive Indiana RV Open House had tons of camper vans, but not many truck campers. Hopefully, Tampa will be different. Really, Tampa will be a very different show than Indiana. The Indiana show was presented for RV dealerships and suppliers; not really for the public or the media. This show is customer and media-focused, like how an auto show is.

The Florida RV Supershow calls itself the largest RV show in the nation. If you’re getting confused, don’t worry because I’m a little confused, too. “Largest” does appear to get tossed around a bit with these shows. The RV Open House calls itself the largest RV dealership trade show. Meanwhile, the Pennsylvania Recreation Vehicle And Camping Association runs what it calls America’s Largest RV Show every year. So which one is right?

Looking at the data, the Pennsylvania show features 1,400 RVs and had an attendance of 49,112 people in 2022. In the same year, the Florida show featured over 1,550 units and recorded 84,600 people attending, a record for the show. At least by the numbers, Florida edges out Pennsylvania. Considering that Indiana merely had “hundreds” of RVs, my feet are going to be working overtime to find you the coolest rigs out there.

I haven’t been able to find much on the Florida RV Supershow’s history, but it looks like there will be tons of great fun to be had. The show features something called the SuperRally. Apparently, this is a massive RV rally open to the public that sounds pretty sweet:

The Super Rally celebrates its 36th year at the SuperShow. This RV rally is opened to any and all RV clubs and the general public and includes a number of amenities including FREE admission to the SuperShow all five public days, meeting facilities for your club, free coffee and donuts every morning and seminars. Three nights of entertainment and refreshments are also included and will feature “Sunday Drive” a musical group by twin brothers, a wonderful night of variety family entertainment lead by Fritzy and Kenny Ray Horton will have everyone dancing in the isles with his country and bluegrass hits.

If you’re interested in going to the 2023 Florida RV SuperShow, the public days run from January 18 to 22. Sadly, the campgrounds are already full, as is one of the hotels next to the site. But if you can find a place to put down your stakes, admission is $15 or adults with a free second-day pass and people under 16 are also free. Catch me wearing an Autopian shirt and a Starfleet combadge!

Mercedes is a lifelong fan of all things powered by an engine. When she isn't driving one of her five Smart Fortwos or her 14 other vehicles she could be found in the cockpit of a Cessna 172 or perhaps swimming in any body of water that she could find. She also has a deep love for buses of all kinds. Please send her buses. mercedes@theautopian.com Instagram: @mistymotors Twitter: @Miss_Mercedes30 Facebook.com/neonspinnazz
Read All My Posts »
PrevPreviousA Daydreaming Designer Images An iMac G3 Inspired 2001 Apple iCar
NextHere’s Another Cheap Car For Malcolm Bricklin To Try To Sell To Americans: Comment Of The DayNext