A few days ago, around Perugia, Italy, a compressed natural gas (CNG) bus caught fire. Fortunately, no major injuries seem to have occurred, so I won’t feel too bad about using this as an opportunity to learn about CNG bus safety devices, and, specifically, why a burning bus that is shooting massive columns of fire in multiple directions is actually what you want to see in such a situation. I know it’s hard to look at that thing and think, oh good, everything’s doing what it should be doing, but really, that’s what’s going on here.

I mean, technically, all that fire means that some things didn’t go like they should go at all, in a pretty big way, but those jets of flame are the result of safety systems performing as designed.

First, though, let’s marvel at the sheer raw, flaming, Death Metal-style violence of this:

According to sources
???? In #Perugia, #Italy, a methane bus caught fire on a provincial road.
Luckily, as it turned out, there was no one on the bus apart from the driver, which helped avoid a tragedy.

Holy shit, right? That’s legitimately terrifying. But let’s dig a bit into just what is going on here. First, let’s look at how these types of buses are laid out: 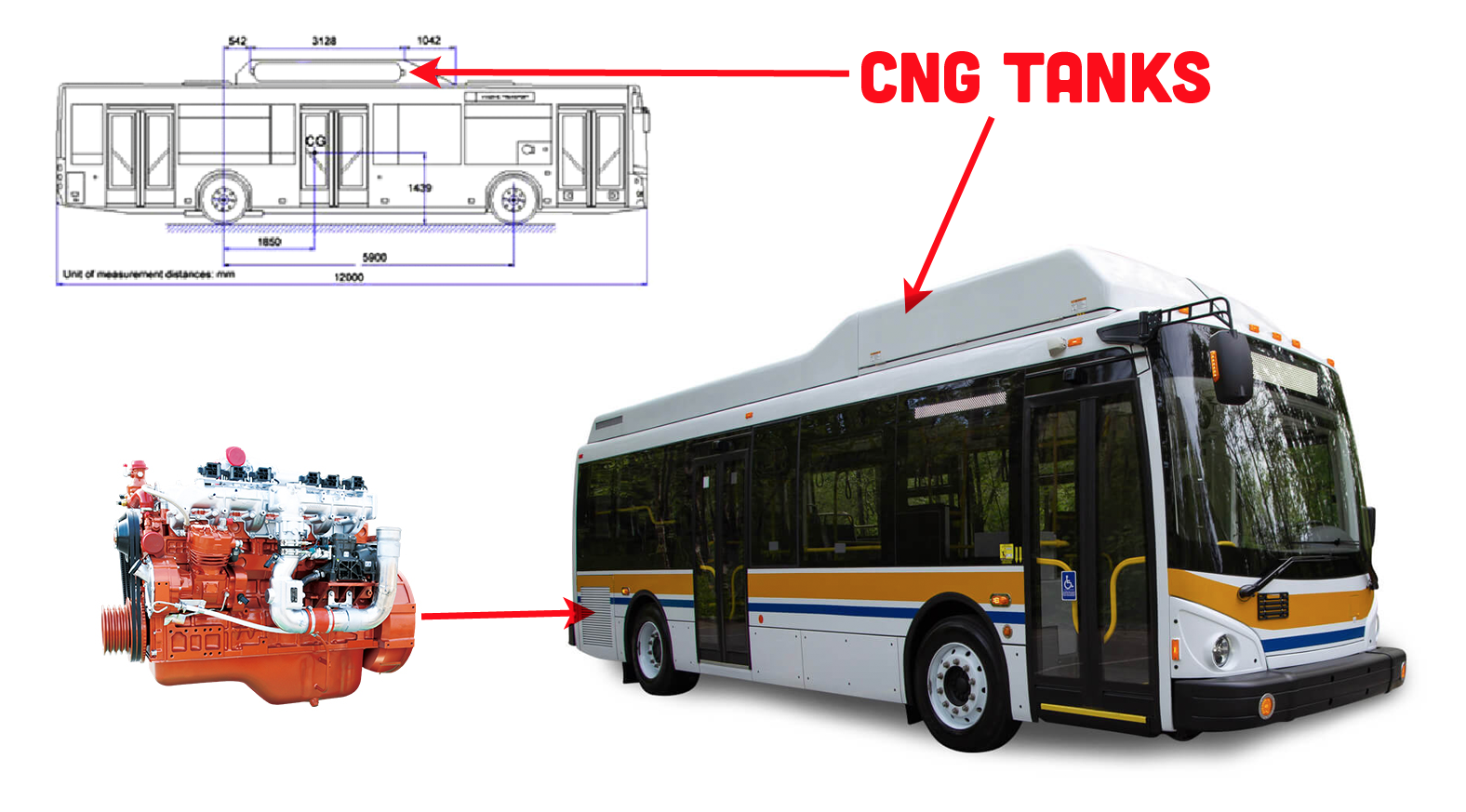 The Italian bus shooting those flames is similar in design to this: rear-engined, with its pressurized tanks of natural gas mounted on the roof. In this diagram of an articulated bus, you can see the multiple tanks called out, along with an enlargement of something called a PRD, which stands for Pressure Relief Device: 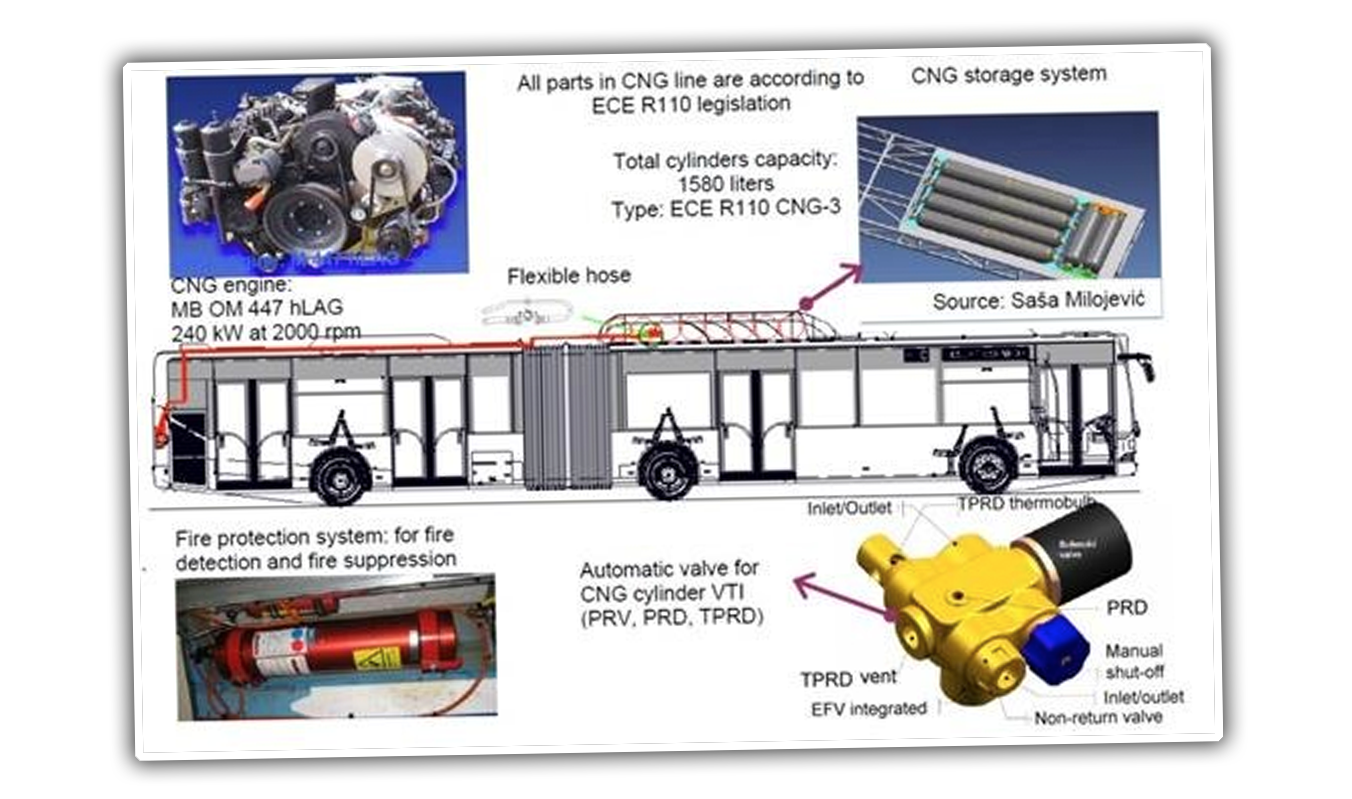 You can see that PRD mentioned there, and it’s nice of them to call it out so big, because those are really the stars of that video up there. The whole reason there are multiple jets of flame shooting out of the roof of that bus and not, say, just one massive, shrapnel-and-bus-part-flinging explosion is because those PRDs are doing just what they were designed to do: relieve pressure. 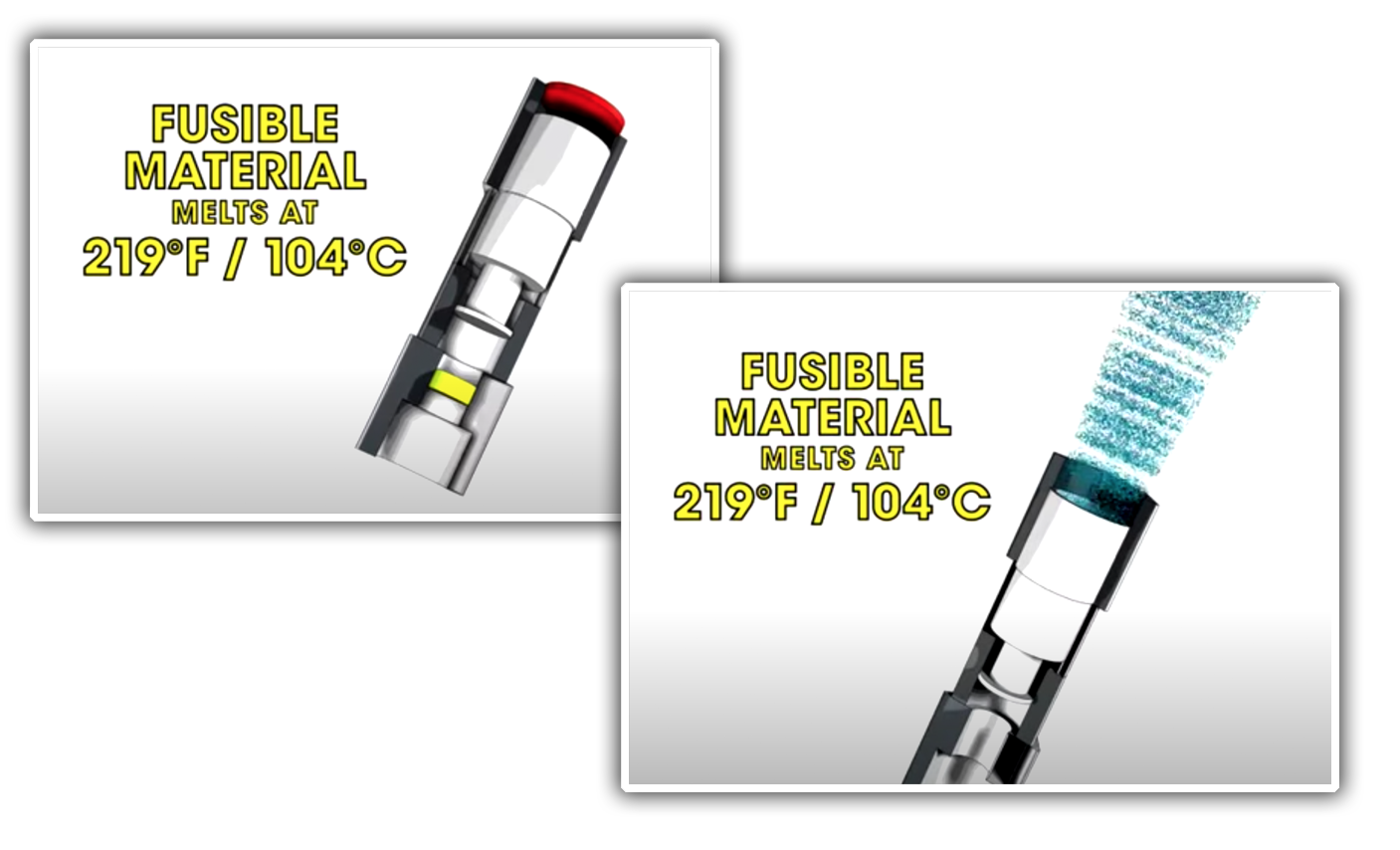 Here, you may as well watch the whole video where these diagrams came from, why not:

In a more ideal situation, the gas will just be vented to the atmosphere. But, since the valves were triggered by excess heat, it’s possible that there will be ample ways for that escaping gas to combust, which is how you end up with the flame-thrower situation seen above, or here, in a very similar event recorded by the Dutch Safety Board:

As you can imagine, massive jets of flame are not great to have around, particularly if you don’t want, you know, everything on fire. In tight urban streets or near heavy plant growth, this could be very bad; however, even these jets of flame are so much better than the tanks exploding.

A study with the evocative title CNG buses fire safety: learnings from recent accidents in France and Germany describes the situation very clearly:

The most unwanted event in case of CNG bus fire is the burst of one or more of the compressed storage tanks located on the roof of the vehicle. Tank burst is definitely not a tolerable option having in mind the tremendous amount of mechanical and chemical energy released in the course of this event.

The current safety strategy to prevent tank burst consists in fitting pressurized tanks with devices that release stored compressed natural gas as they fuse under the effect of temperature rise (fire). The melting temperature of these fuses is about 110°C. In practical terms, to prevent tank burst, internal tank pressure has to decay before the fire degrades the mechanical strength of the compressed storage. Experience shows that unprotected tank (inhibited pressure relief devices) can not survive a standard bonfire test for more than few minutes [4] & [5]. The main cause for a tank to burst is the decay of its mechanical strength and rise in internal pressure.

Therefore, pressure relief devices (PRD) should be capable of de-pressurizing a tank within a couple of minutes. According to experience, bus tanks can be exposed to fire for about 20 to 30 minutes which is an average time frame for a bus to be burnt out.

And, in case you’re not convinced that PRDs are the way to go here, the study gives some details on the force of exploding tanks:

Large quantity of mechanical and chemical energy are stored in compressed combustible gas storage. Sudden release of this energy in case of tank burst may cause some severe damage to the bus environment. When a tank bursts, observation shows [4] two consecutive pressure wave propagating in the surrounding environment.

The first one which is also the more severe is associated with the pneumatic rupture (gas expansion) whereas the second is caused by the combustion of the released combustible gas into the air (fire ball). It is therefore to be noticed that although the chemical energy stored is usually an order of magnitude larger than the mechanical energy, the sudden release of the mechanical energy induces greater overpressure effects.

Theoretically, the pneumatic burst of a 130 L tank at a pressure of 200 bar releases an energy equivalent to the detonation of about 1.85 kg of TNT (8.7 MJ). Windows can be broken within a 30 meters radius (50 mbar) and pressure wave induced lethality is to be foreseen within a radius of 12 meters (140 mbar). These calculations can worsen due to pressure wave reflection and pressure build up as well as to directional energy release (axial direction) due to the rupture mode of the cylindrical tank. Moreover, projectiles can also cause severe damages within a radius much larger than the one estimated above for overpressure effects. [5] shows that fragments of up to 14 kg (type IV tank filled with hydrogen at 350 bar, test conducted in open atmosphere / projectiles not hindered by bus equipment) have travelled a distance of 82 m from tank fire location. The mechanical energy released as the tank ruptured was equivalent to about 1.35 kg of TNT (6.3 MJ)

So, those tanks can explode with force equal to about 1.85 kg of TNT. For reference, that makes it more powerful than one kilogram of C4 explosives.

The point here is that while that video looks incredibly alarming, it’s a great example of safety systems at work. It’s also a reminder that in extreme cases, safety can mean the lesser of two really bad outcomes, in this case the choice of tree trunk-sized cylinders of flame as opposed to a massive explosion.

See? Everything is fine!

I'm a co-founder of the Autopian, the site you're on RIGHT NOW! I'm here to talk to you about taillights until you cry and beg me to stop, which I absolutely will not. Sorry. Hug? Also, David's friend.
Read All My Posts »
PrevPreviousIs The $1,200 Beat-To-Death Pontiac Grand Am For Sale In Every Town Worth It? I Found Out.
NextThe Bonkers 2023 BMW 7-Series Is A Luxury Beast With An Absurd 31.3-Inch TV ScreenNext